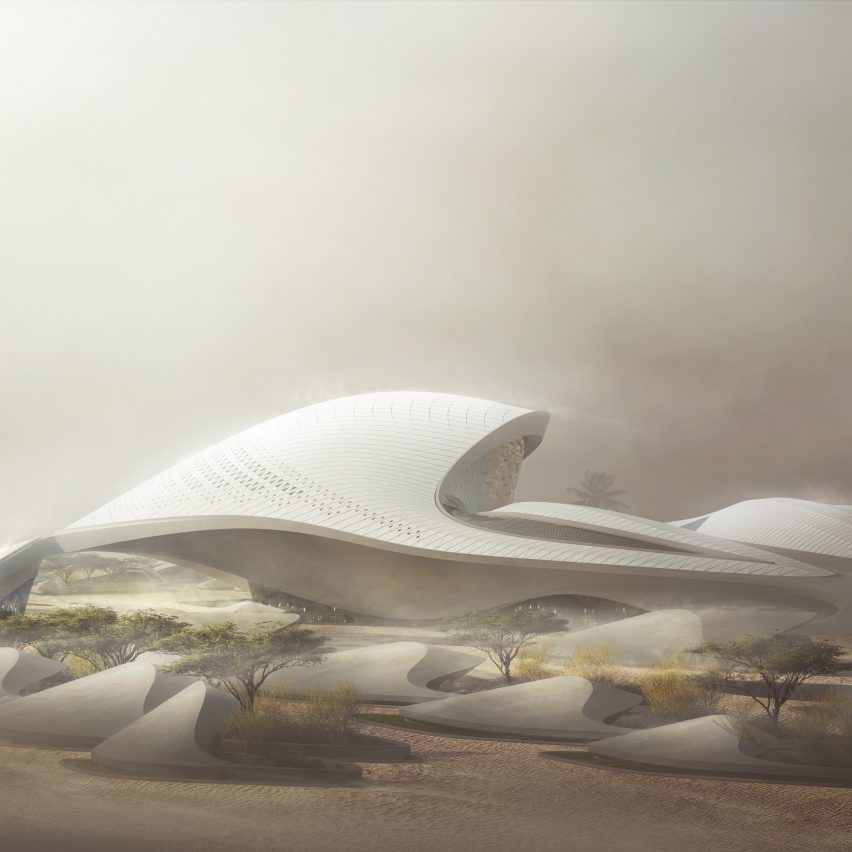 Kengo Kuma’s Tokyo 2020 Olympics stadium and the Zaha Hadid-designed desert Bee’ah Headquarters are among Lizzie Crook’s picks of the most exciting new buildings opening in 2020. 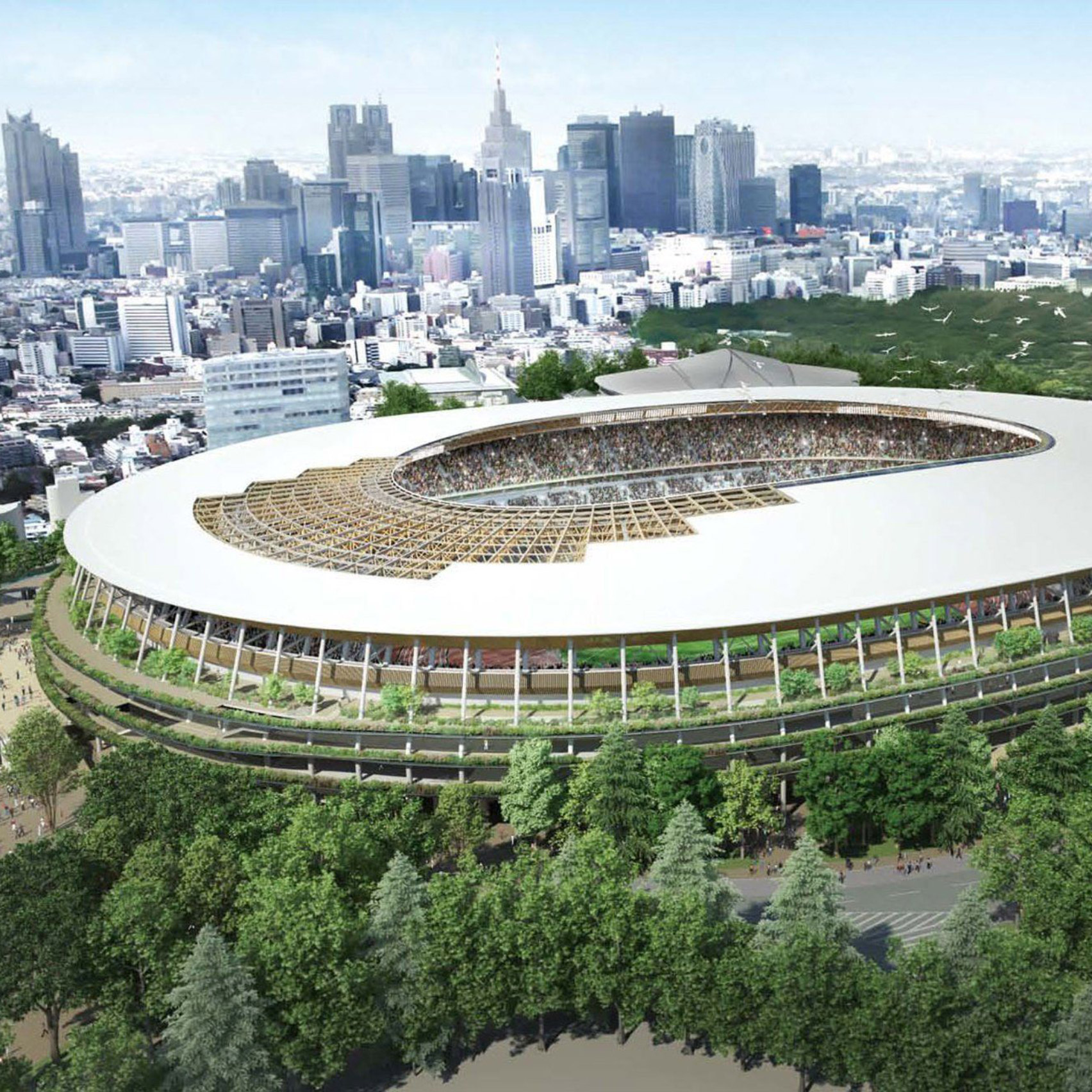 This year will see the opening of Kengo Kuma’s stadium at the 2020 Summer Olympics in Tokyo. It will comprise an oval, wooden-lattice structure wrapped by plants to complement its woodland site.

The three-tiered, 80,000-seat National Stadium has been subject to controversy as it replaced initial plans for a Zaha Hadid-designed stadium , which was scrapped over escalating costs.

Find out more about the Olympic stadium › 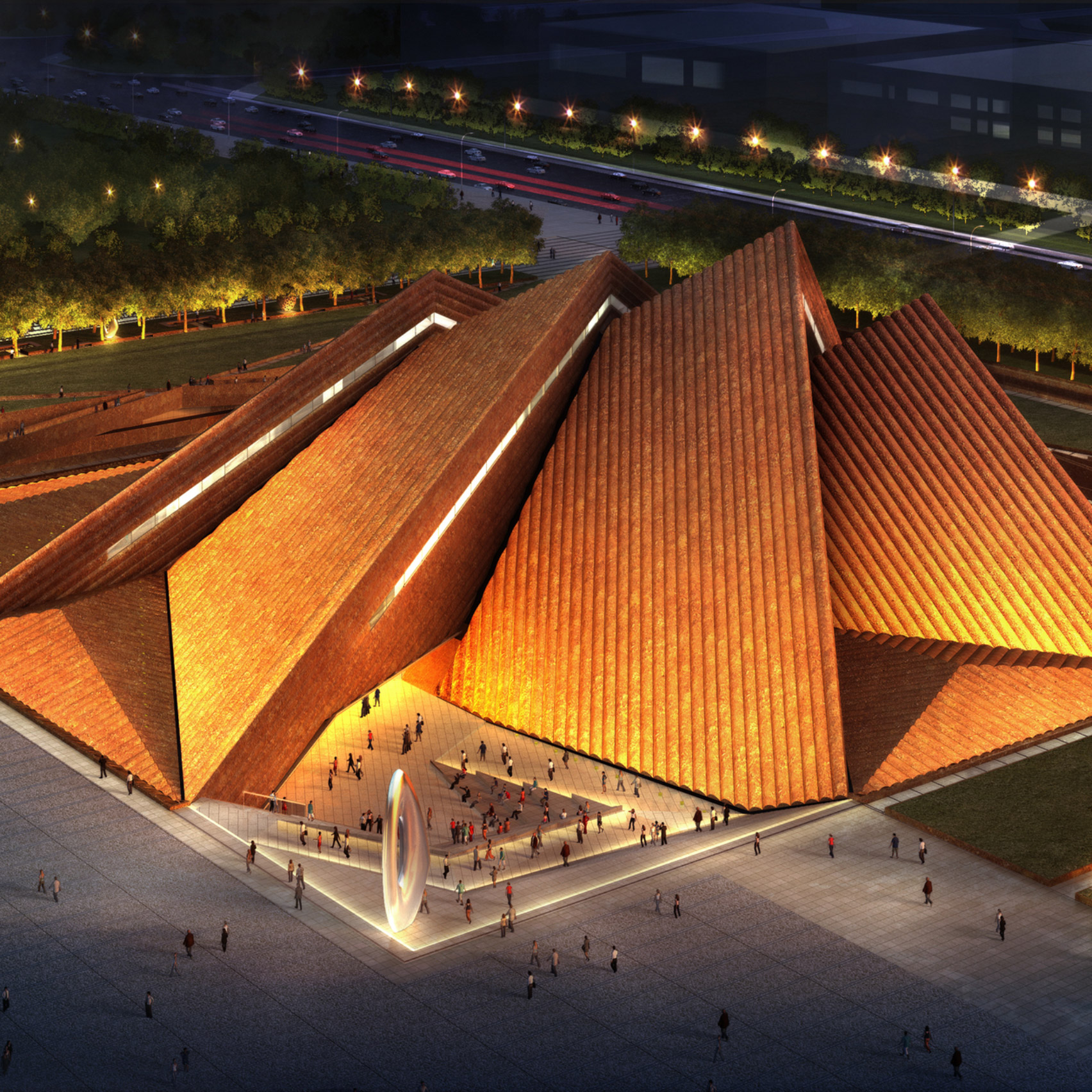 The long-awaited Datong Art Museum by Foster + Partners is expected to be completed in 2020, seven years later than planned.

It will be distinguished by four overlapping peaks wrapped in Corten steel and will sit beside three other major new buildings within Datong New City’s cultural plaza. 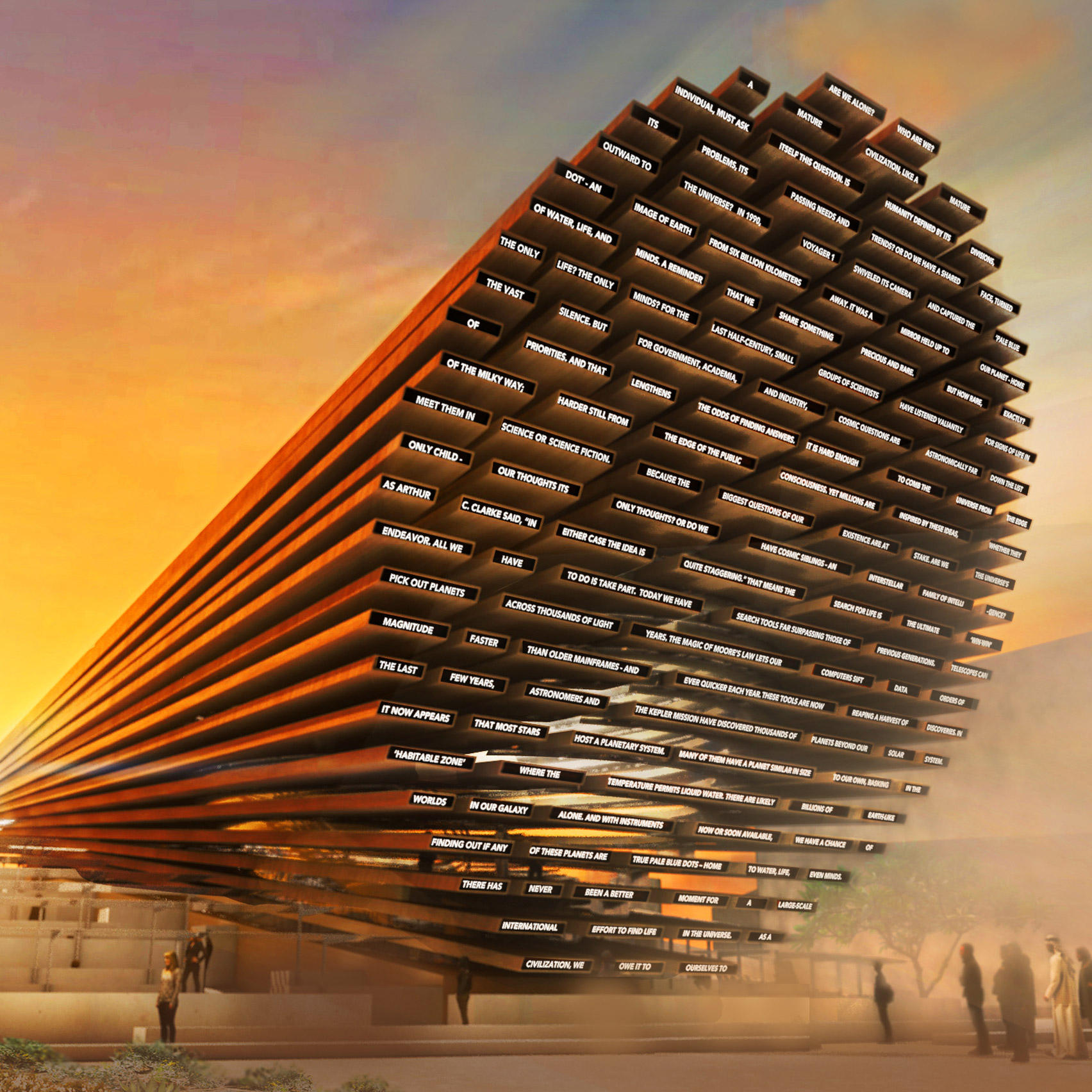 Another big event taking place this year is the Dubai Expo 2020 , which will see pavilions designed by the likes of Santiago Calatrava, Foster + Partners, BIG and Grimshaw.

One of the most highly anticipated designs, however, is Es Devlin’s performative Poem Pavilion that will use artificial intelligence to animate its facade. It is the UK’s first World Expo structure created by a female designer.

Find out more about the UK Pavilion › 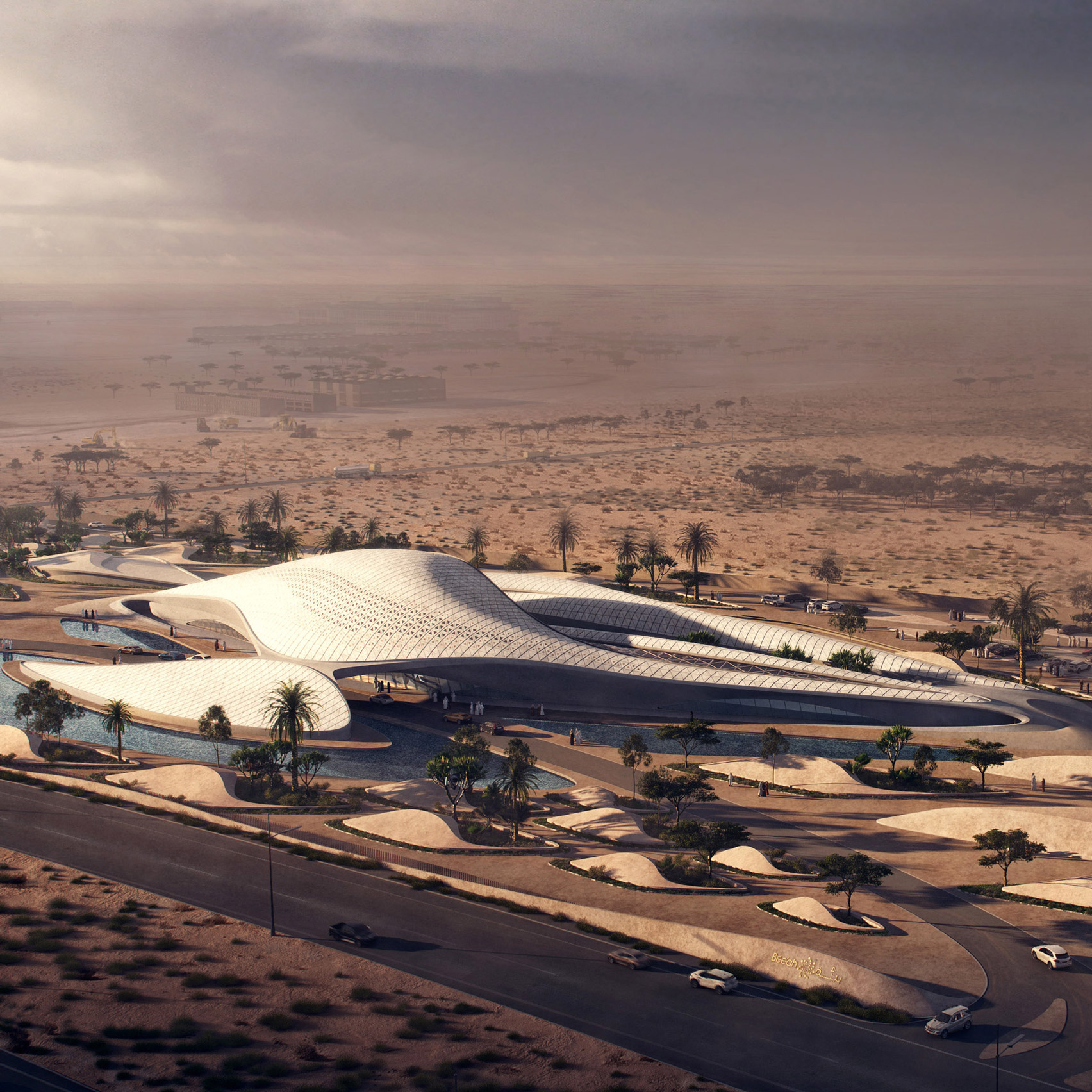 Elsewhere in the United Arab Emirates, the Bee’ah Headquarters designed by the late Zaha Hadid is also slated for completion.

The sinuous building is designed to echo the shape of sand dunes to help the structure withstand extreme weather conditions and blend in with its desert setting.

Find out more about Bee’ah Headquarters › 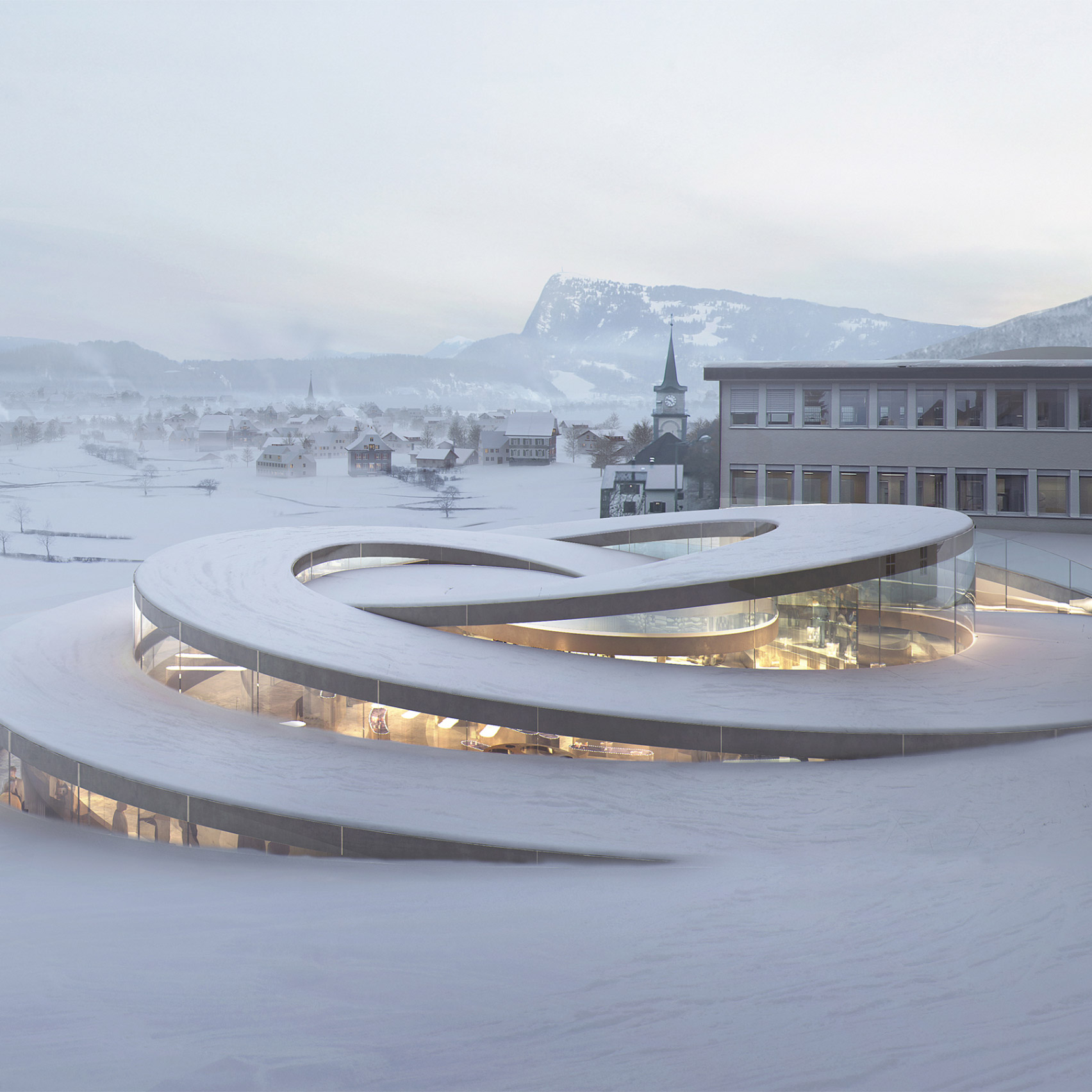 Bjarke Ingel’s firm BIG has an array of projects due to reach completion in 2020, but one of the most exciting is this museum for Swiss watchmaker Audemars Piguet at its headquarters in Switzerland.

The building will be partially sunken into the ground and coil up from the landscape to offer a glimpse of a series of glazed galleries and event spaces inside.

In the US, Foster + Partners will also be completing the first office tower to occupy a full block on Park Avenue in 50 years.

Find out more about 425 Park Avenue › 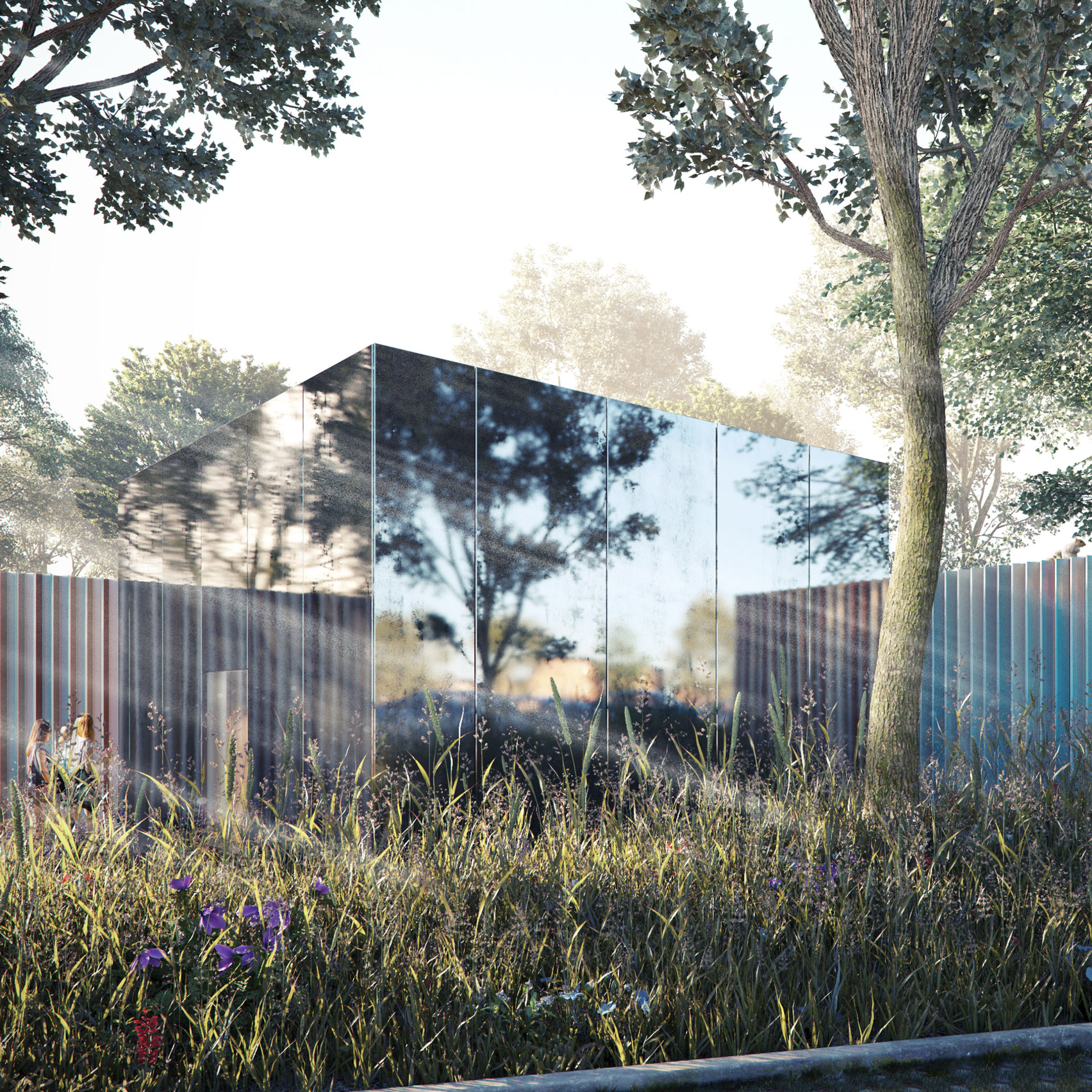 The smallest building on the list is Maggie’s Southampton by Amanda Levete’s studio AL_A. The drop-in centre for cancer patients and their relatives will sit beside the oncology unit at Southampton General Hospital.

Slated for completion three years later than expected, the building will be set within a tranquil flower garden and have daylight-filled spaces to offer an “ethereal clarity”.

MAD’s 560,000-square-metre mixed-use complex Nanjing Zendai Himalayas Centre will include offices, hotels, shops and apartments when it opens this year.

The complex is distinguished by its border of white mountain-like towers that surround a “village-like community” of smaller buildings, green spaces and elevated pathways.

OMA will finish its expansion of the Berlin headquarters for multimedia firm Axel Springer.

A 30-metre-high atrium in the building centre will contain a series of tiered floors. This will be visible from outside through a faceted glass wall that projects through the otherwise linear and geometric facade.

Find out more about Axel Springer › 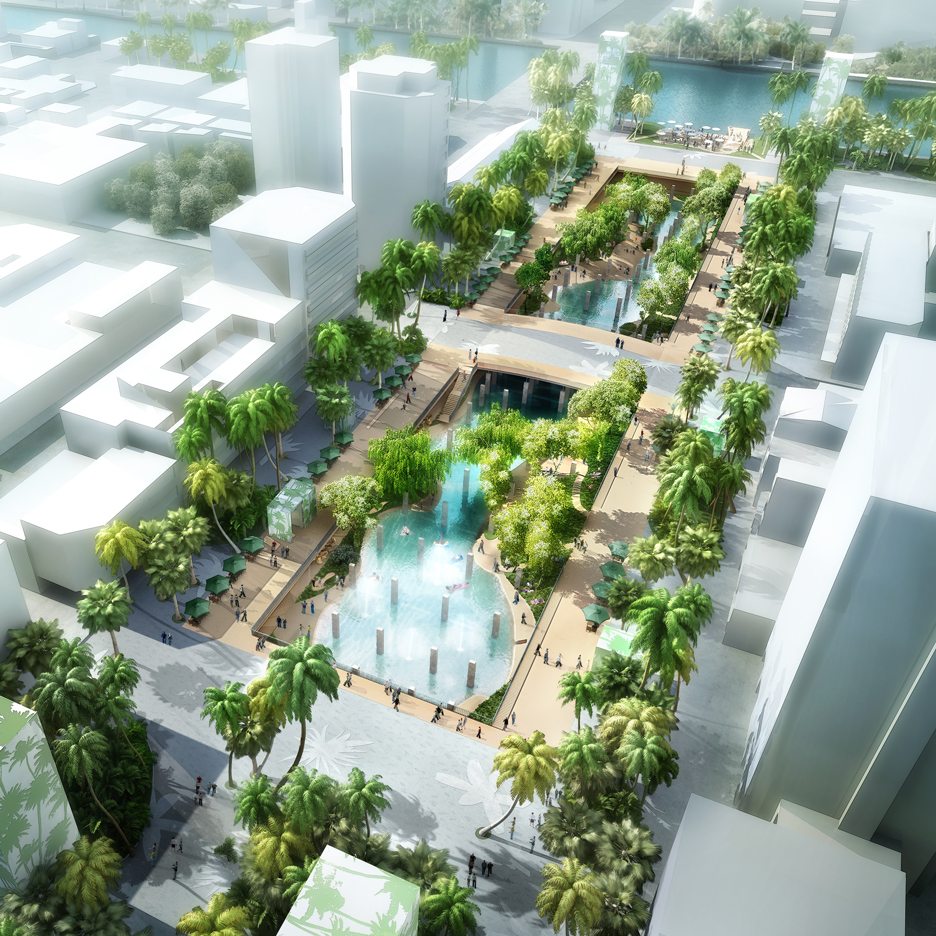 Another late arrival in 2020 will be MVRDV’s sunken lagoon park in Taiwan, which also featured on our projects to look forward to in 2019.

The huge project will see a derelict shopping centre replaced with a lagoon, a tree-lined promenade and a beach with remnants of the old concrete structure left throughout as traces of the site’s history.

Find out more about Tainan Axis ›

This sweeping building wrapped by “a pixelated matrix of glass” will open as the new headquarters for the French press Le Monde Group in Paris.

Designed by Snøhetta with local studio SRA, it will arch up in the centre to frame a public plaza hoped to give the public a sense of ownership towards the building.

Find out more about Le Monde ›

Heatherwick Studio first residential project in Asia, EDEN, is set to reach completion in the Orchard Road neighbourhood of Singapore.

Find out more about EDEN ›

The post 12 buildings to look forward to in 2020 appeared first on Dezeen .