15 significant high-tech buildings you should know 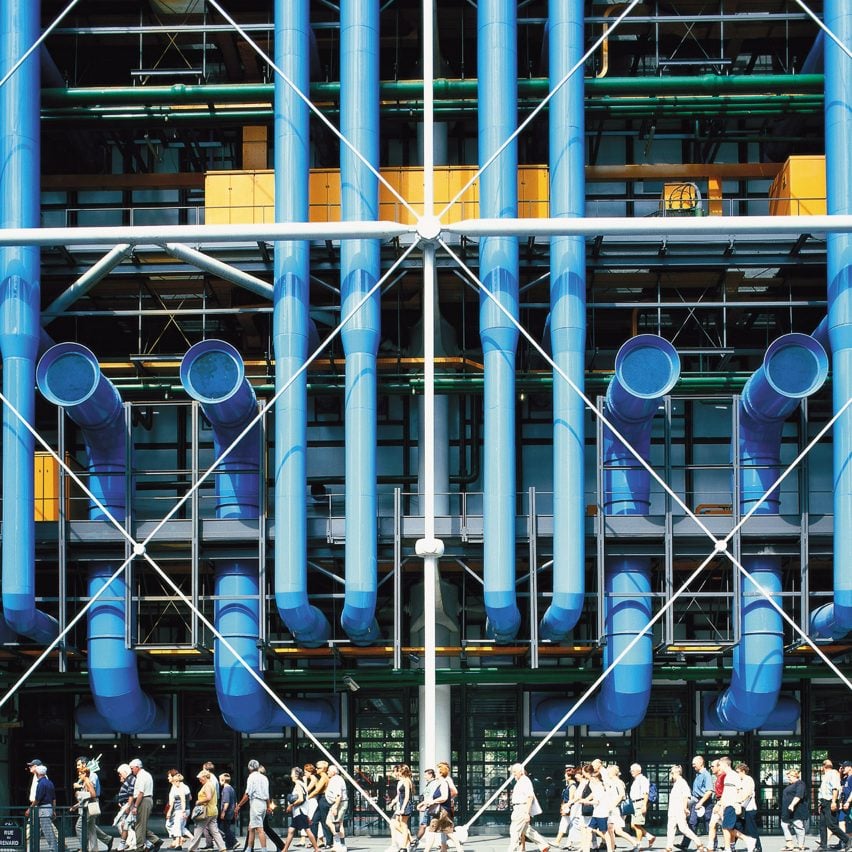 Continuing our high-tech architecture series we’ve rounded up 15 examples of the style that you should know, including high-tech highlights the Centre Pompidou , Lloyd’s building  and the Willis Faber & Dumas building .

The movement was heavily influenced by engineering and new technology, with its key traits being the use of industrial materials and the expression of structure.

Here are 15 key high-tech buildings that you should know: 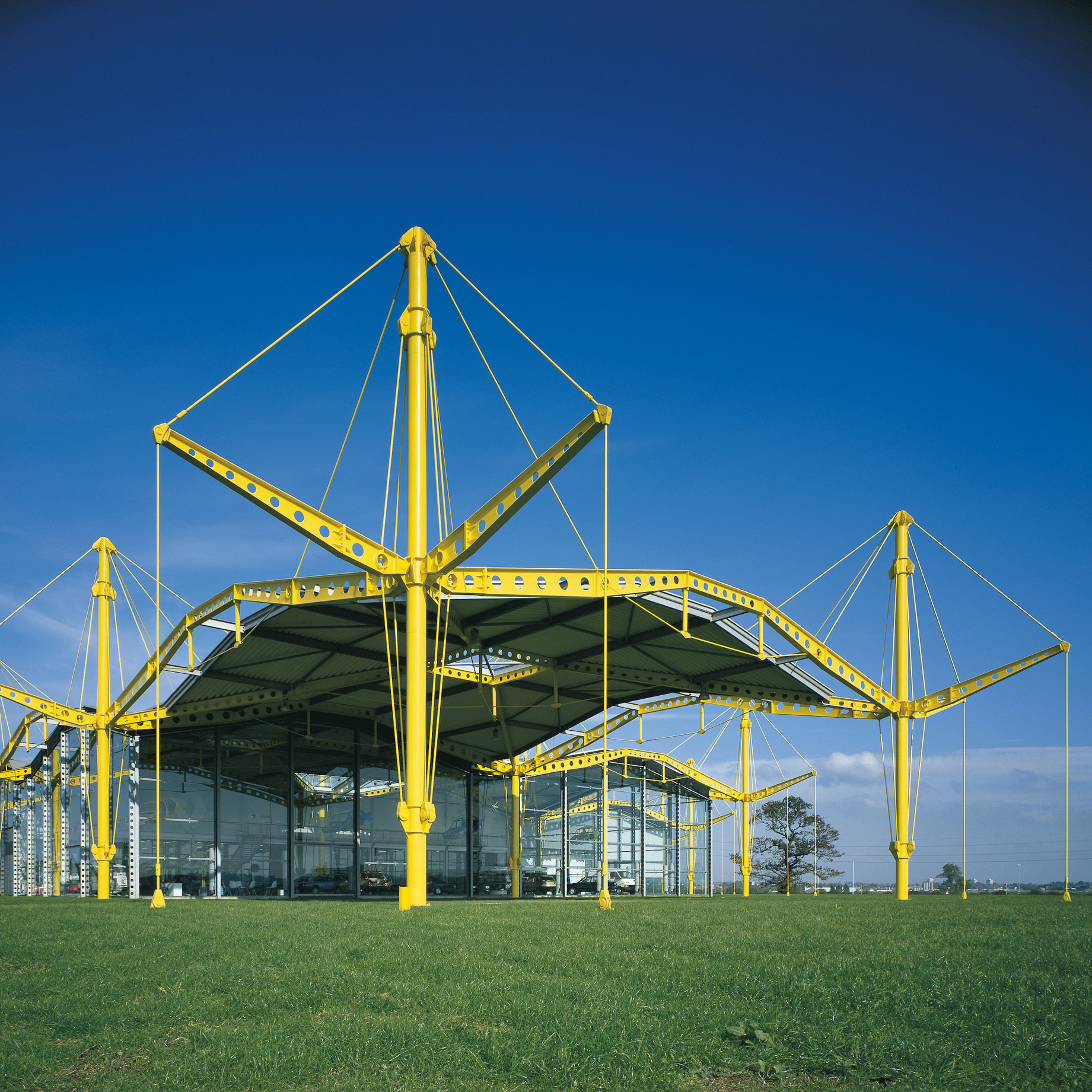 First up is Foster Associates’ 25,000-square-metre Renault Distribution Centre in Swindon , UK, which is recognised as one of the most expressive and distinctive buildings of the high-tech movement.

Completed in 1982 as the main UK distribution facility for French car manufacturer Renault, it is distinguished by its striking profile with 59 bright-yellow masts and arched steel-beams that support the roof. 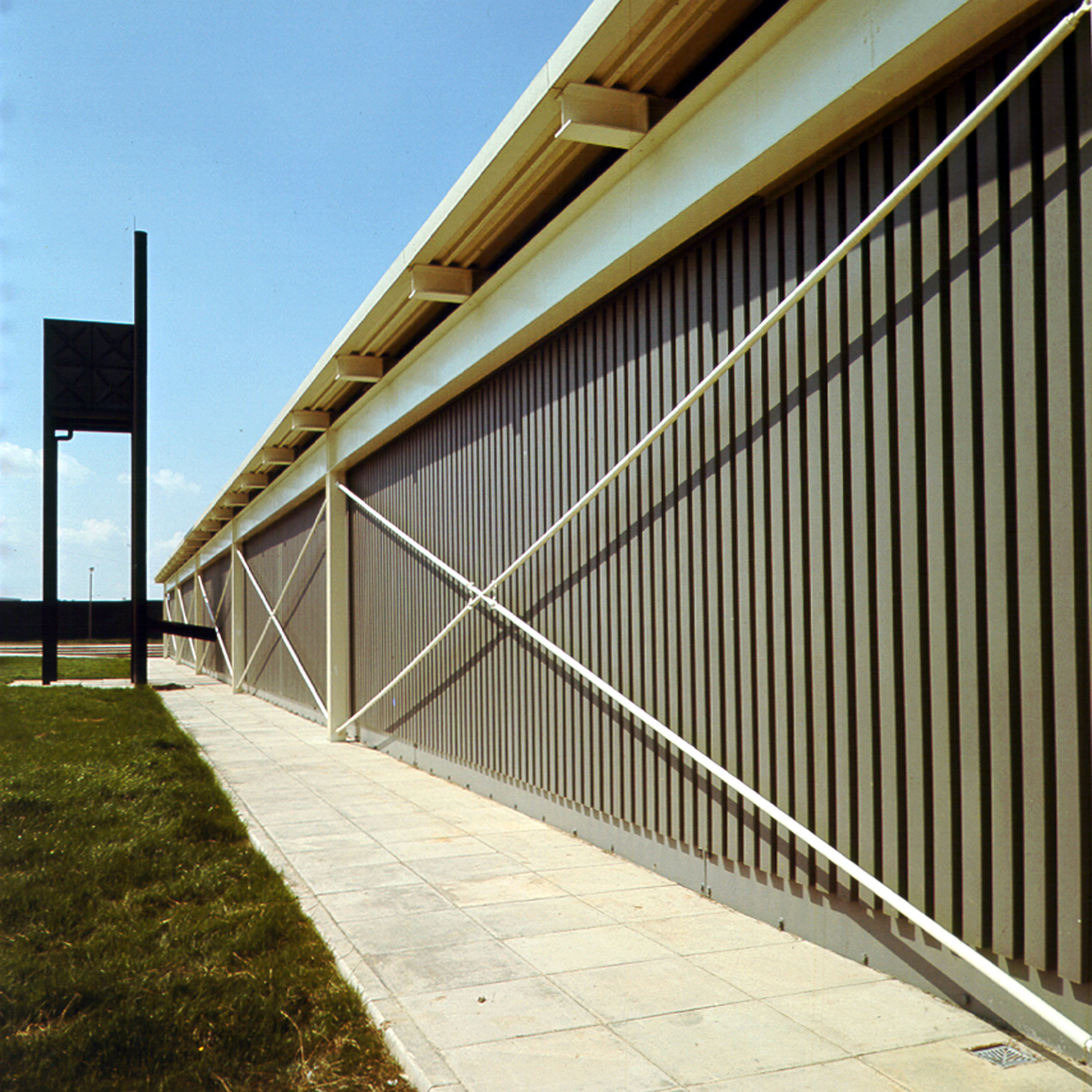 Reliance Controls was the first industrial building to be completed in the high-tech style, and the last building designed by Team 4 – the former studio of Foster, Rogers, Su Brumwell and Wendy Cheesman.

Reliance Controls was a single, rectangular shed with its structure clearly visible on its exterior. Inside, only the toilets, kitchen and plant room were permanently fixed in place so it could be easily reconfigured. 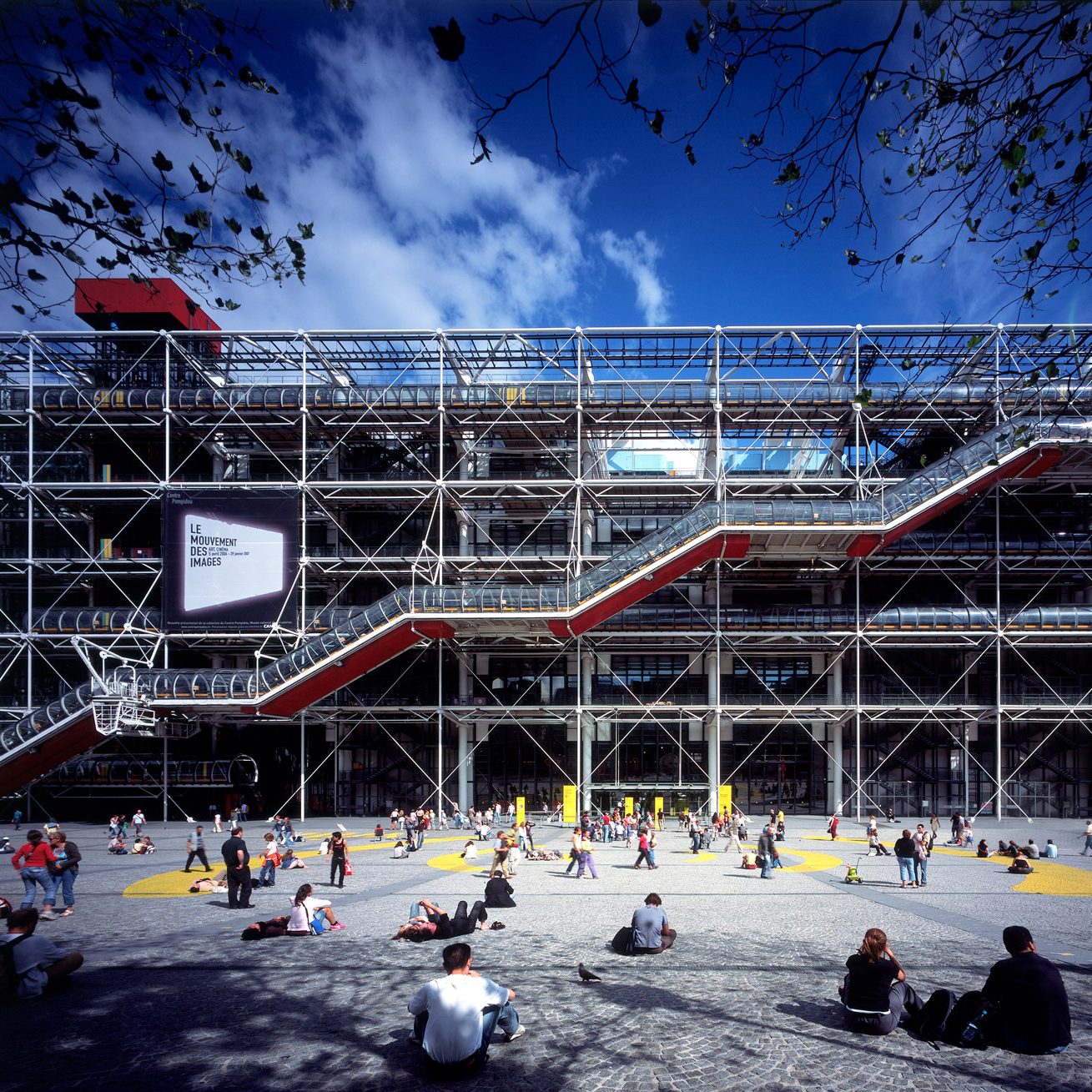 The Centre Pompidou in Paris was designed by Rogers and Renzo Piano as a highly-flexible container for art, and is the building that drew global attention to the high-tech movement.

Described by Piano as a “huge spaceship” that “landed unexpectedly in the heart of the Paris”, the building has its structure and colourful mechanical services visible on its exterior. 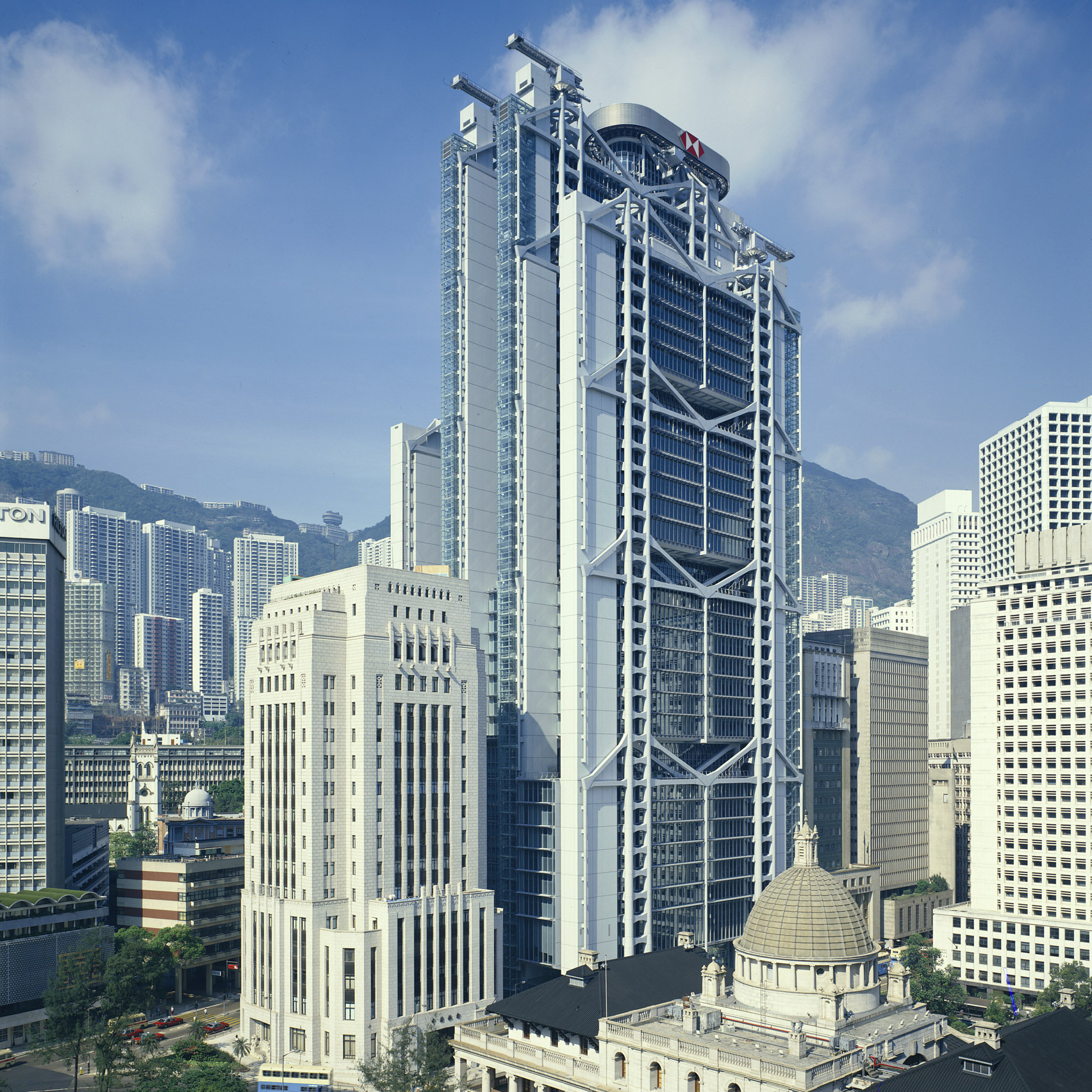 The Hongkong and Shanghai Banking Corporation Headquarters is a high-tech skyscraper that established Norman Foster as a global brand.

The forty-four-storey building was designed to meet the brief of creating “the best bank headquarters in the world”. 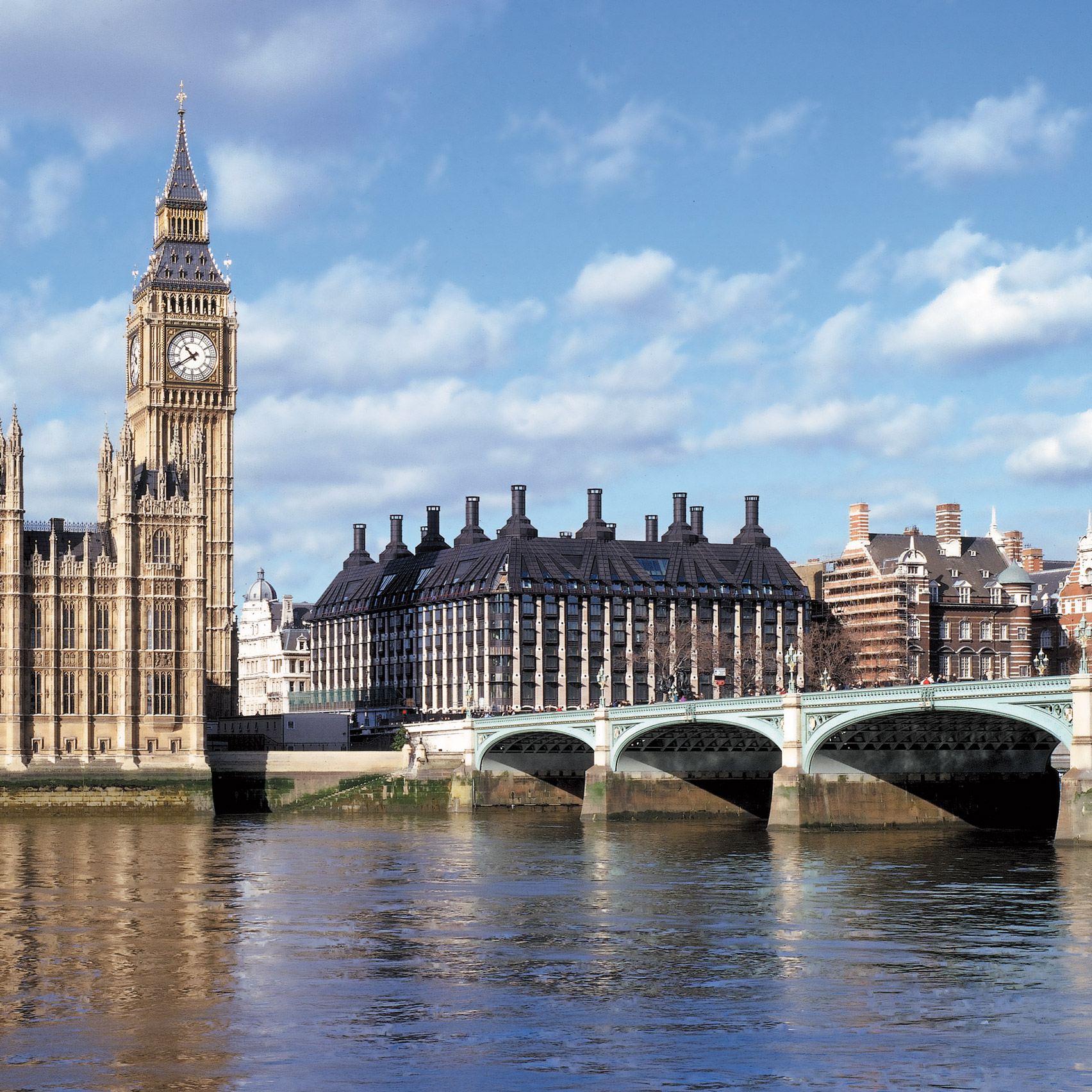 Located in London alongside the Palace of Westminster, Portcullis House demonstrated that the dramatic and futuristic motifs of the high-tech style could be adapted to suite historically sensitive settings.

It was designed by Michael and Patty Hopkins’ studio with a roof lined with ventilation chimneys and a robust substructure that is visible within the London Underground tube station below it. 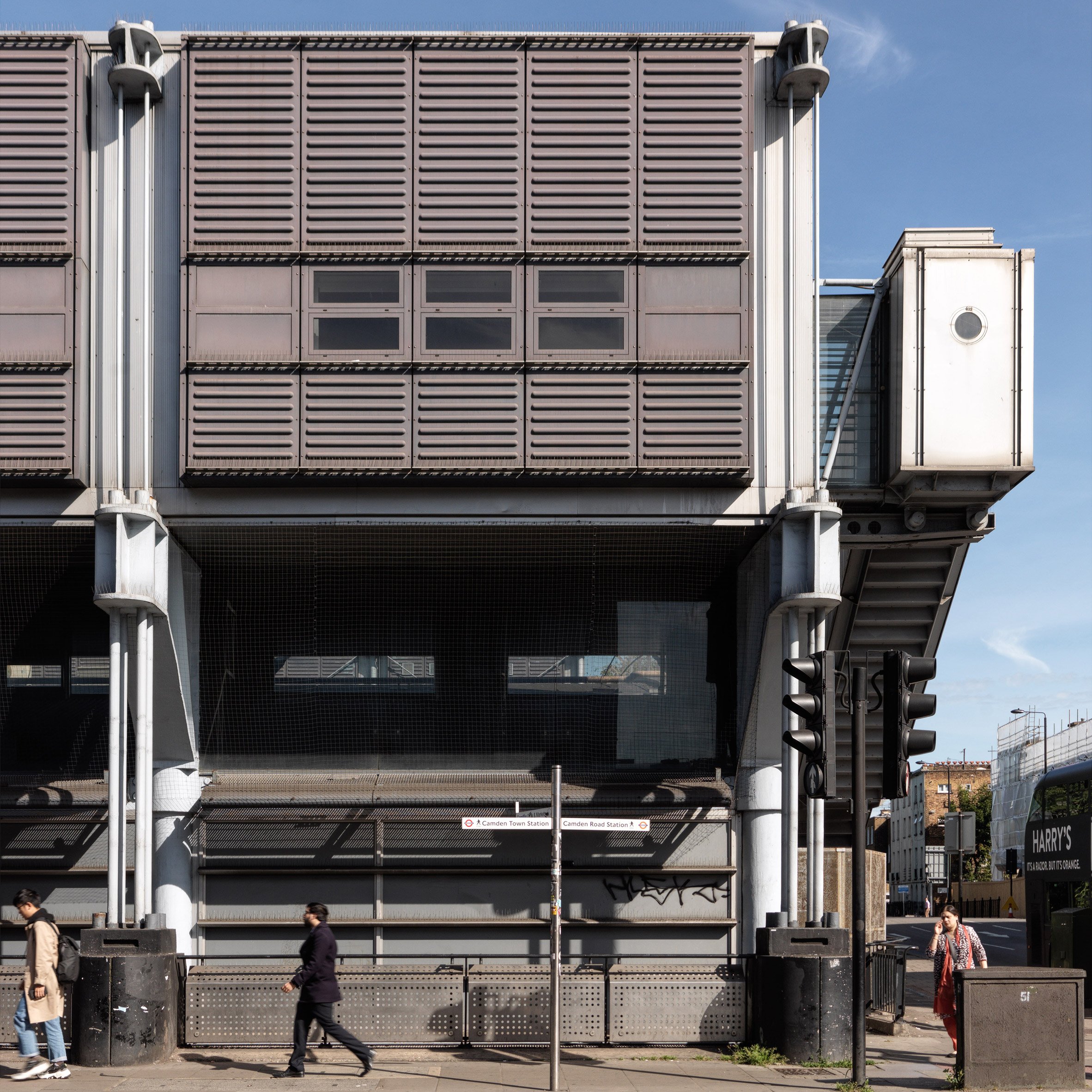 This “unapologetically futuristic” Sainsbury’s supermarket in London has a skeletal steel-framed structure that accommodates an open-plan and column-free shop floor, designed for optimal arrangement of shelving, refrigeration and cashiers.

It forms part of the Grand Union complex, named after the nearby canal, which includes a terrace of houses that is one of a limited number of residential high-tech buildings. 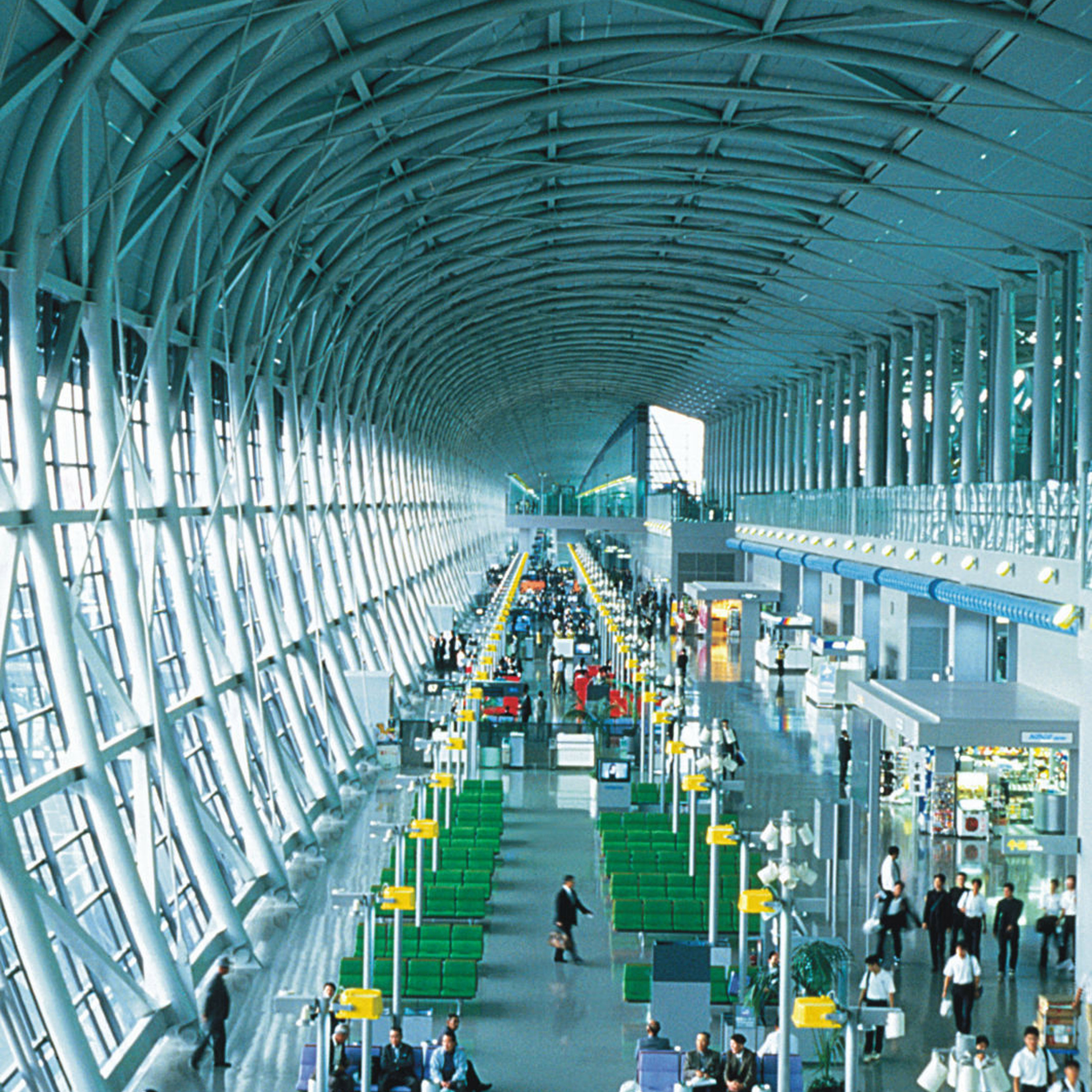 Piano’s Kansai International Airport is built on an artificial island in Osaka Bay, and is distinguished by its visible structure and asymmetrical clear-span roof.

One of its most impressive features is its mile-long high-tech terminal, which makes it the longest airport in the world. 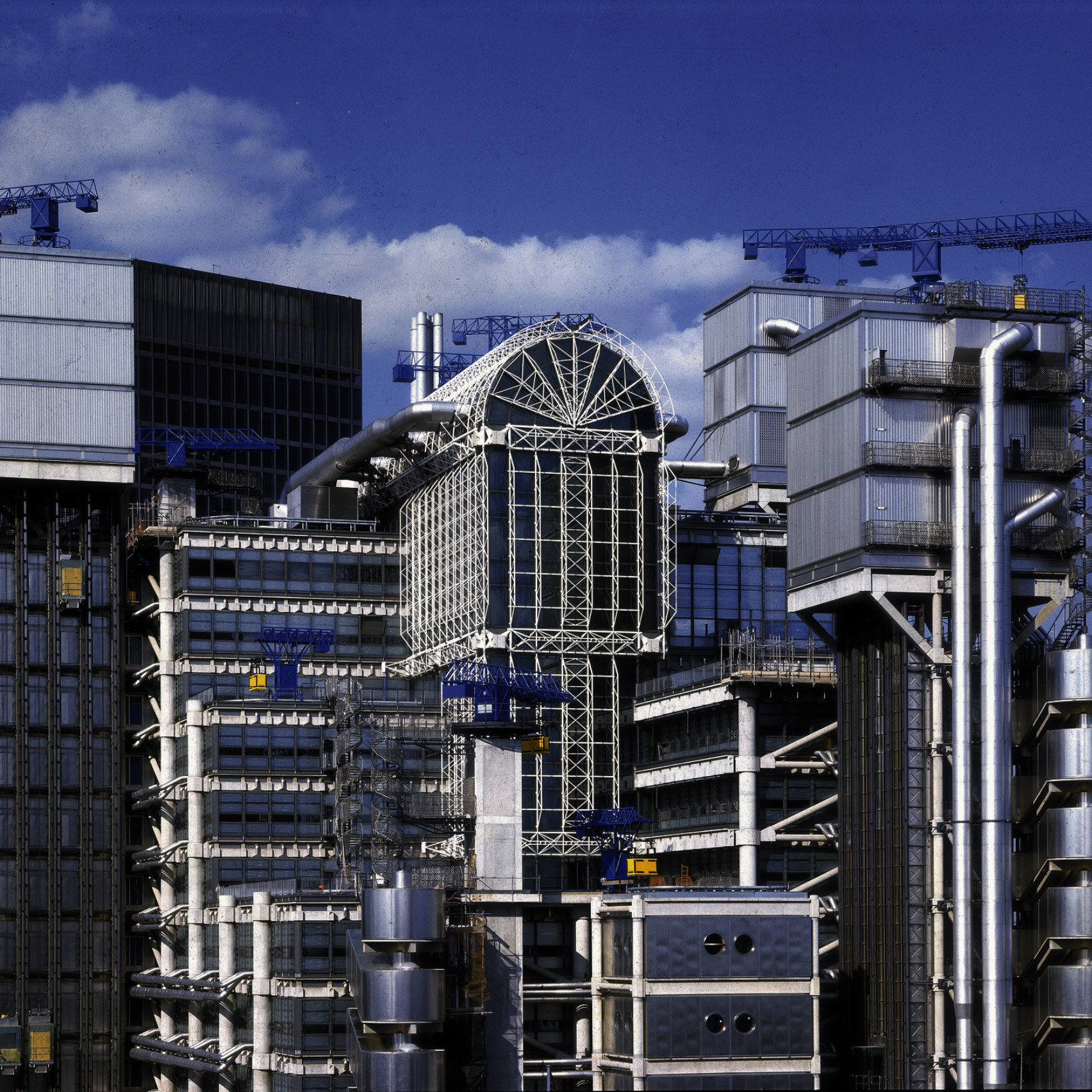 The Lloyd’s building, 1986, by Richard Rogers

Rogers’ second major building following Centre Pompidou was the Lloyd’s building in London, which is one of the 1980s most recognisable pieces of architecture.

The headquarters of Lloyd’s of London – one of the world’s largest insurance firms – is distinguished by its radical inside-out aesthetic. 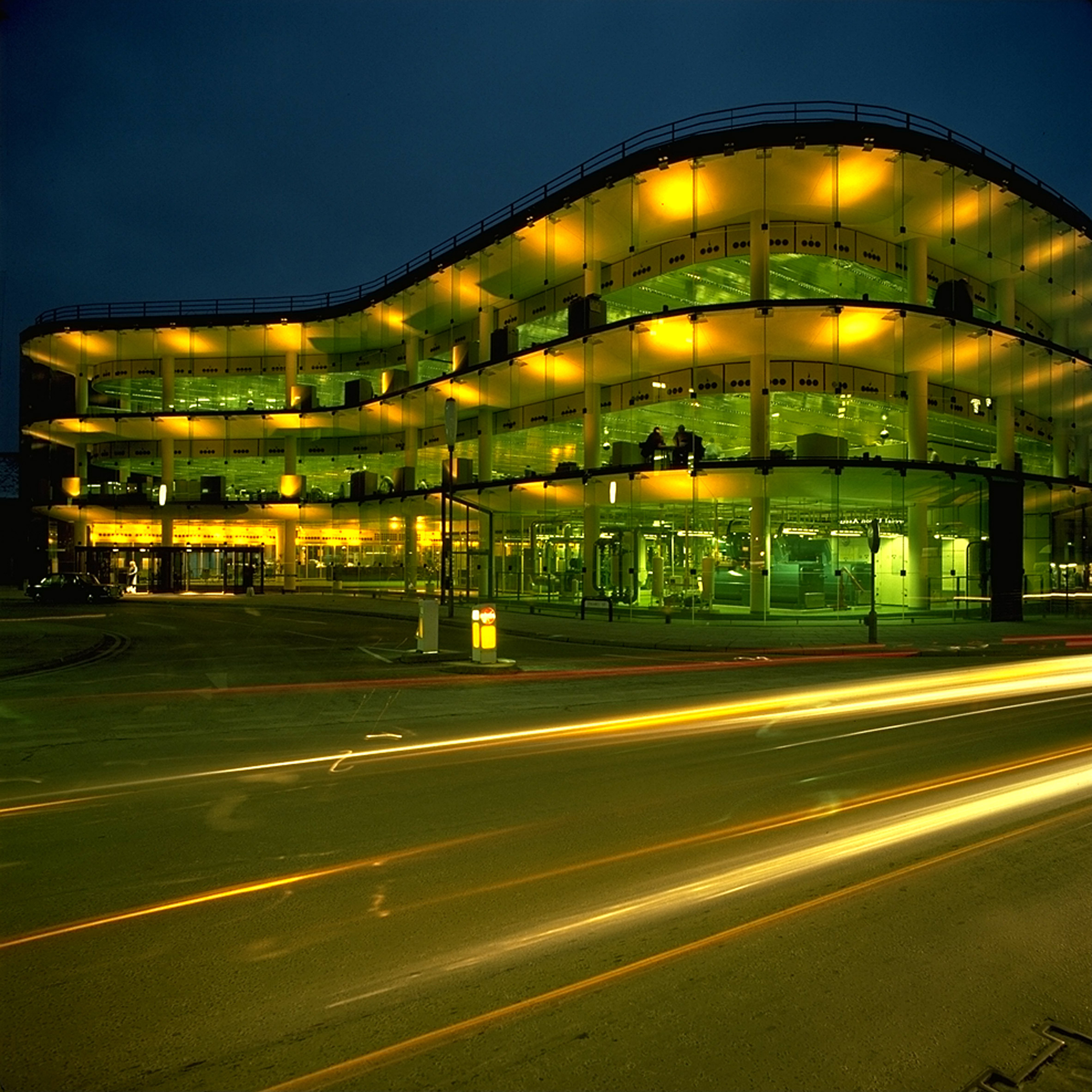 Designed by Foster Associates, the Willis Faber & Dumas building in Ipswich is a three-storey office block that is wrapped by a curved glass-curtain wall that hangs from the building’s structure.

The priority for the design was to encourage “a greater sense of community” for employees by providing uninterrupted and flexible internal spaces used as open-plan offices. 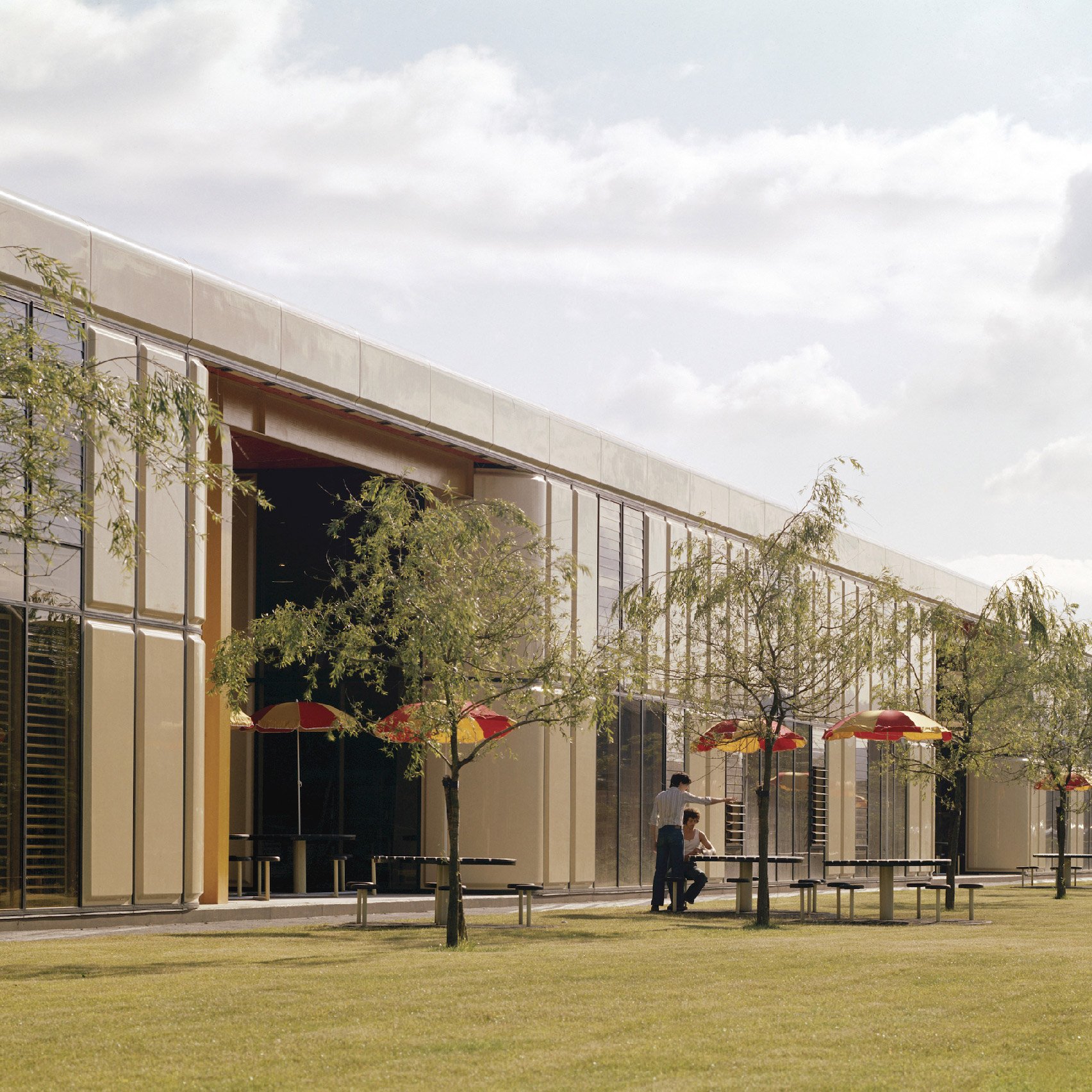 Herman Miller Factory in Bath was designed by Terry Farrell and Nicholas Grimshaw with an adaptable, open-plan layout to reflect the office furniture Herman Miller was producing.

Its exterior is also flexible, characterised by pale-yellow panelled cladding that is demountable, interchangeable and reconfigurable. In 2013 it was given Grade II listing for its impact on industrial workplace design. 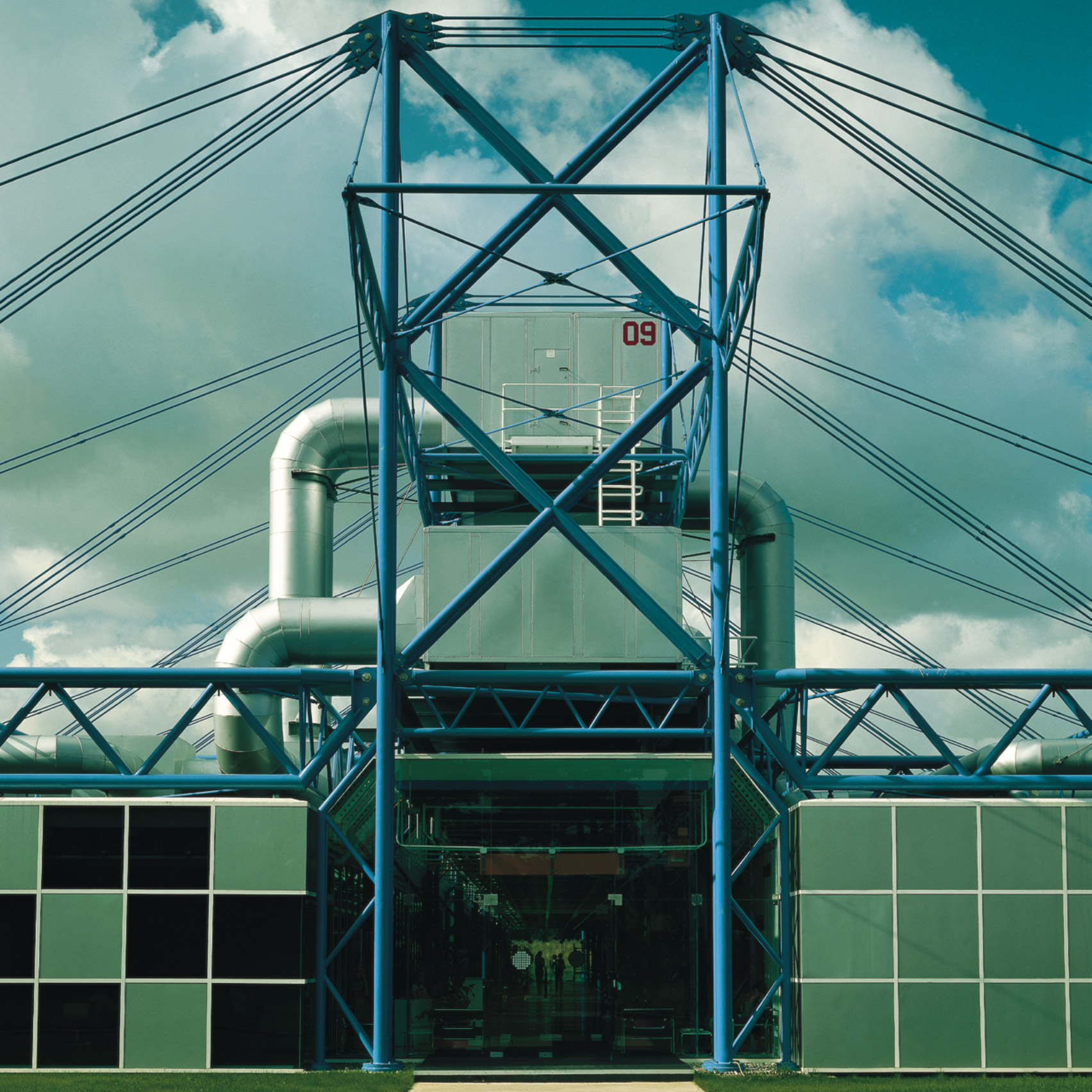 The Inmos Microprocessor Factory is a highly-flexible single-storey factory prototype that was built from prefabricated steel parts.

It is recognisable by the outward expression of its structure and building services that emanate from nine blue-painted towers along the centre of its roof. 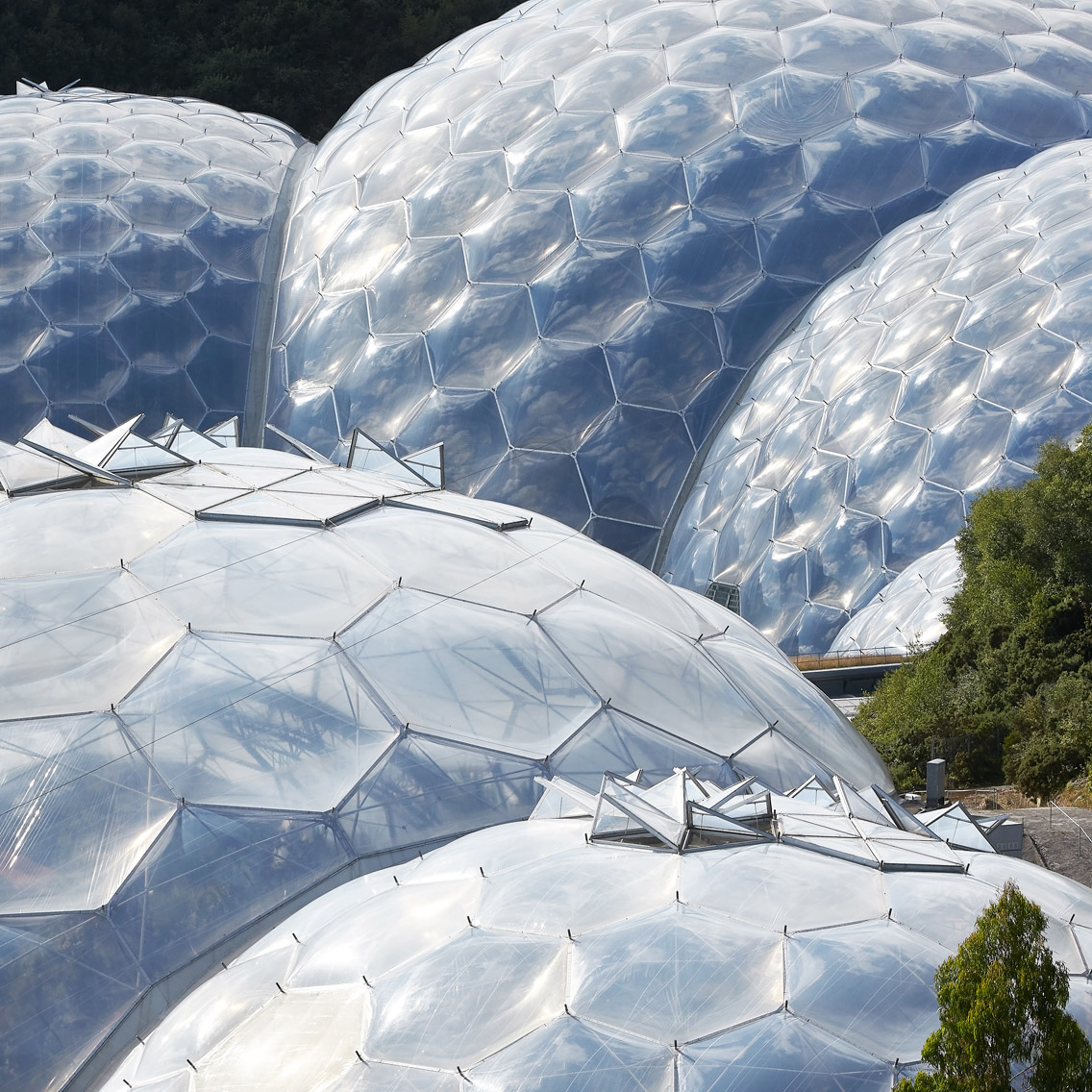 Arguably Grimshaw’s best-known project, the Eden Project was built in a quarry in Cornwall and is distinguished by a series of interconnected bubble-like structures.

The unconventional form was developed to allow the building to be designed while the quarry was still being excavated. Each of the interconnected domes is constructed from a steel frame covered in hexagonal EFTE panels. 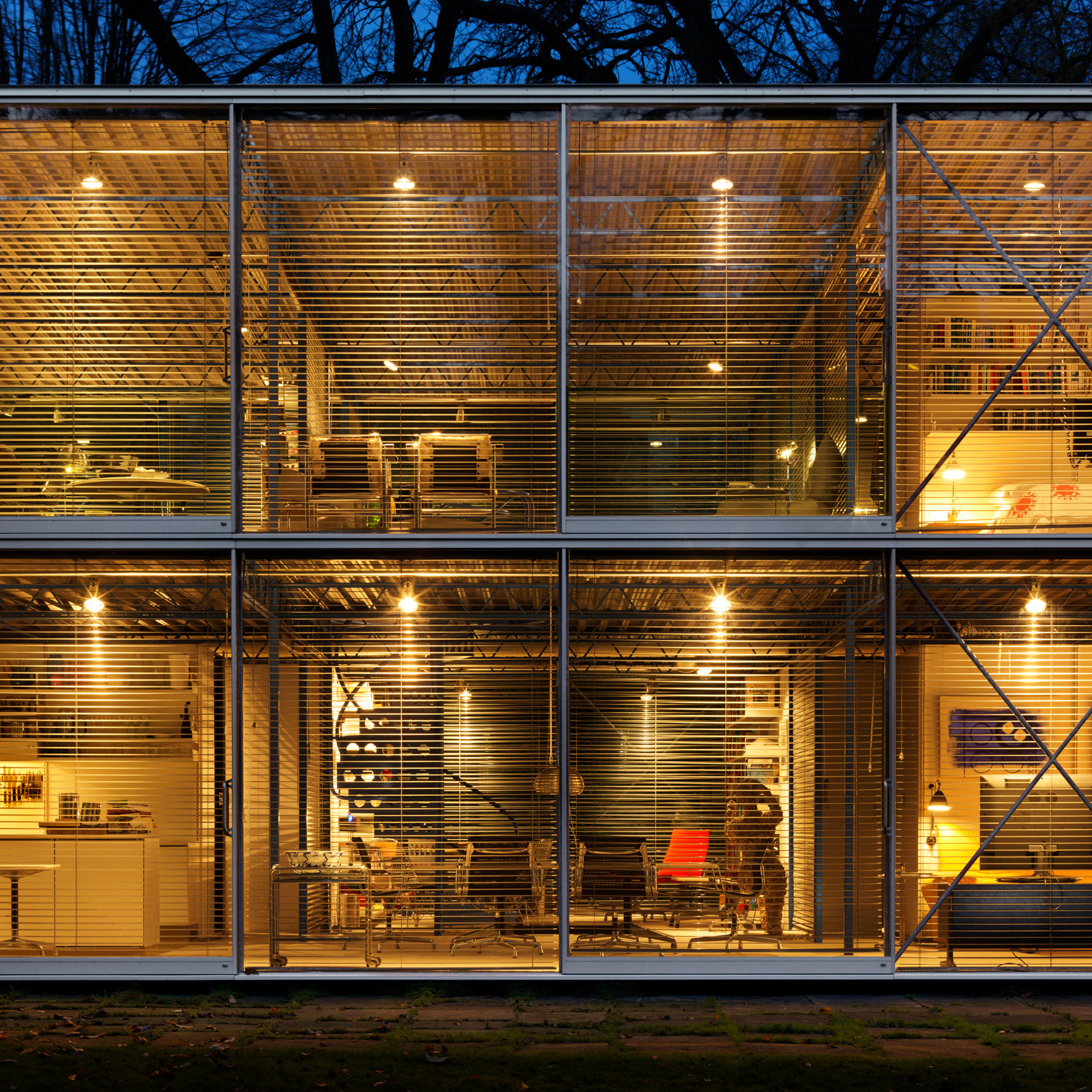 Hopkins House is the self-designed home and office of Michael and Patty Hopkins. It was the first project designed by the husband-and-wife team that head up Hopkins Architects.

The two-storey building has a lightweight steel and glass structure that was designed with high-tech engineer Anthony Hunt to be open and flexible with few permanent internal divisions. 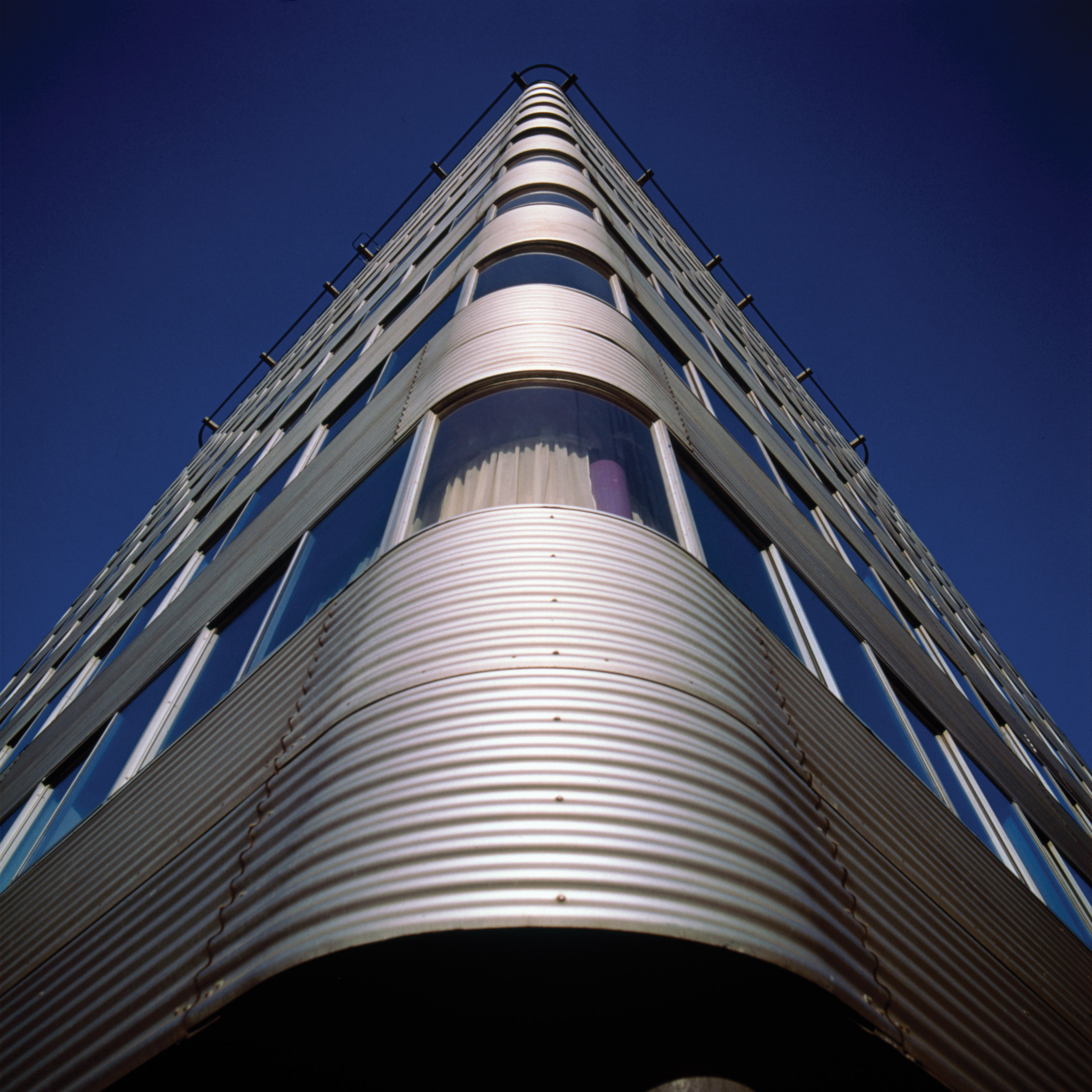 Influenced by the design of office blocks, its core is kept close to its centre and the perimeter left open plan. This is designed so each level can be transformed into as many as 14 bed sits or one large flat. 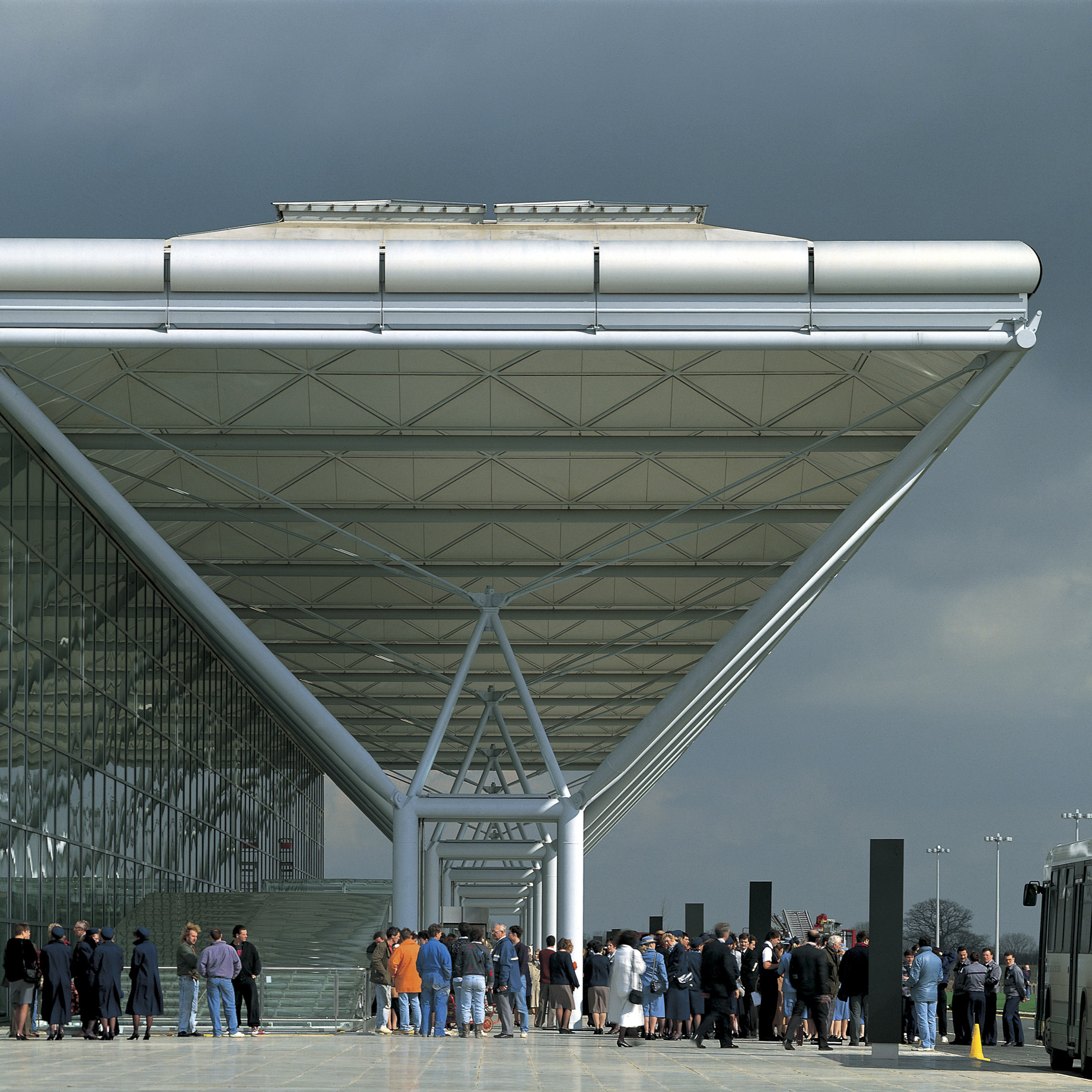 Norman Foster’s studio “challenged all the rules of terminal design” when developing Stansted Airport , which saw the high-tech architecture style applied to aviation for the first time.

All its building services, baggage handling and a railway station are positioned on its lowest floors so that the main concourse is a large, flexible and open space disrupted only where large tree-like columns that support the roof.

The post 15 significant high-tech buildings you should know appeared first on Dezeen .