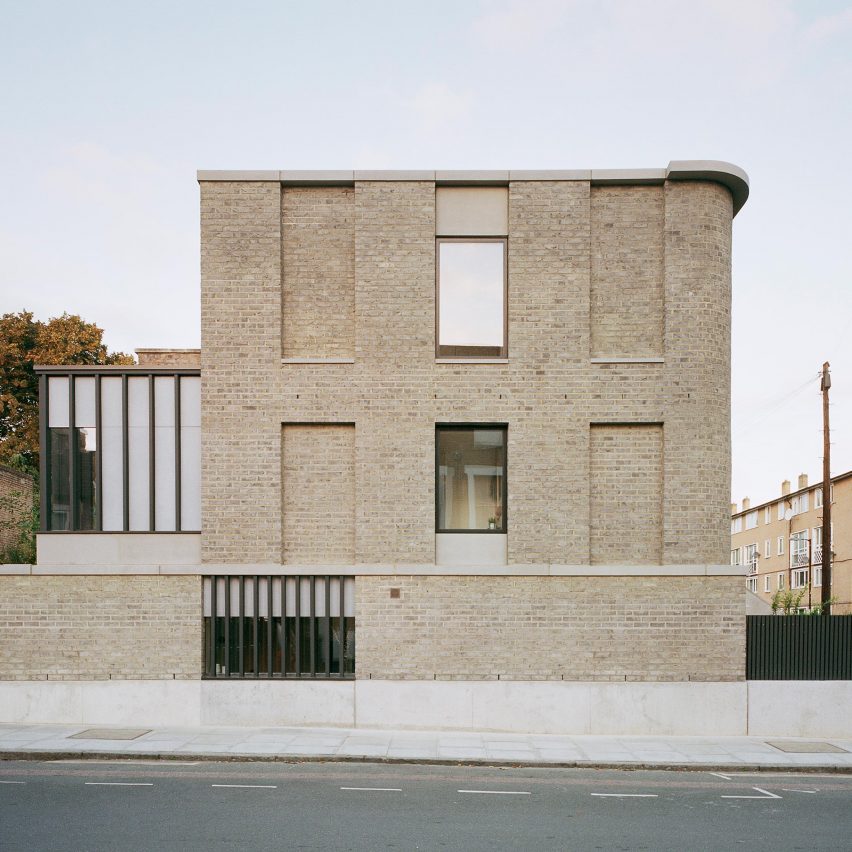 31/44 Architects shows how London ‘s 19th-century townhouses can be brought into the 21st century, with this three-home development in Peckham.

The London-based studio renovated an end-of-terrace property, to create a garden flat and a two-storey maisonette, then added a new-build, three-bedroom house alongside. 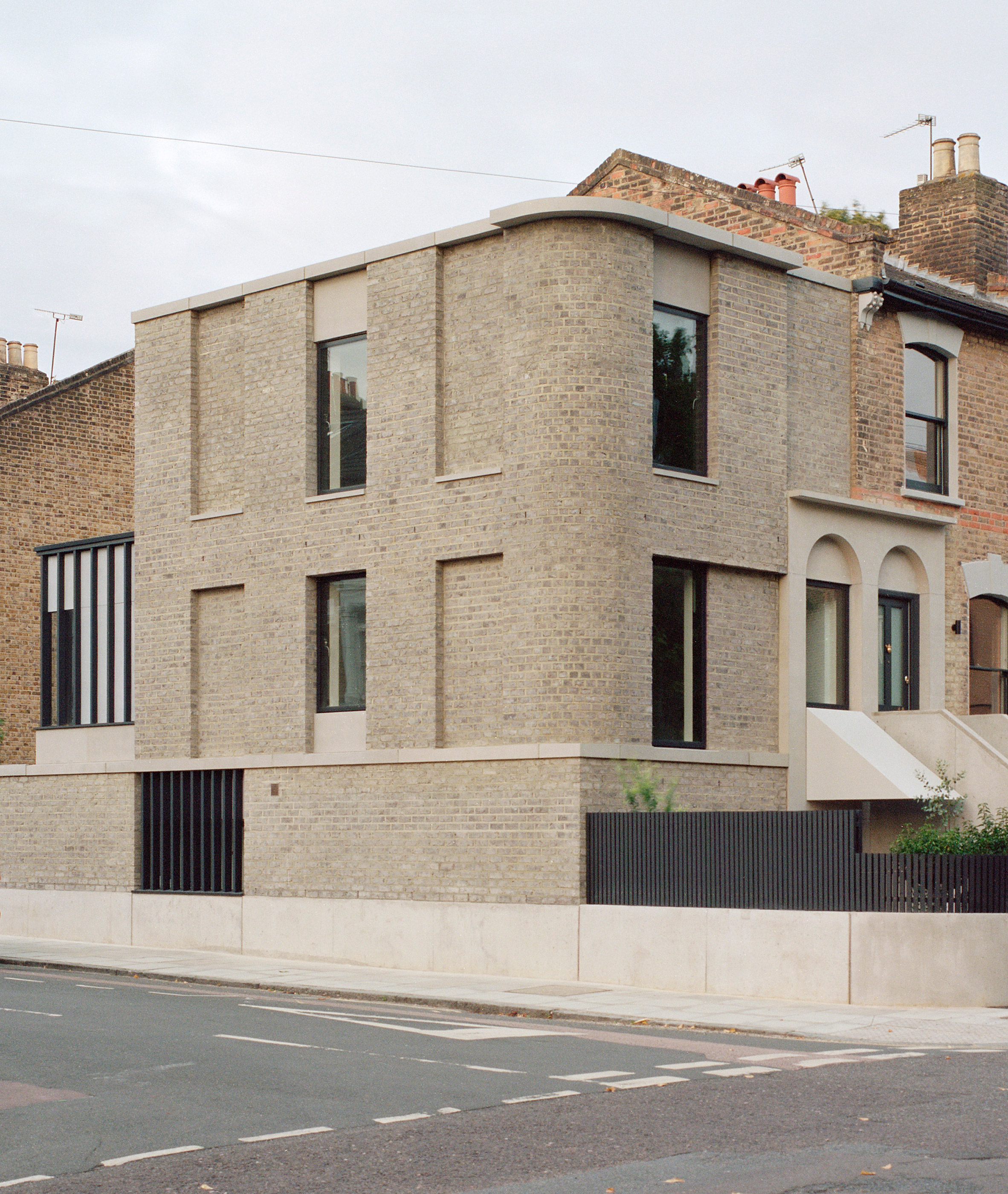 Called Corner House, the development is a contemporary interpretation of traditional Victorian-era architecture. But there are also playful details that clearly mark it out as a modern-day building.

For instance, the traditional arrangement of windows and doors is maintained, but in several places these openings are infilled with brickwork. Similarly, an angular porch canopy mimics the form of the more typical staircase entrance next door. 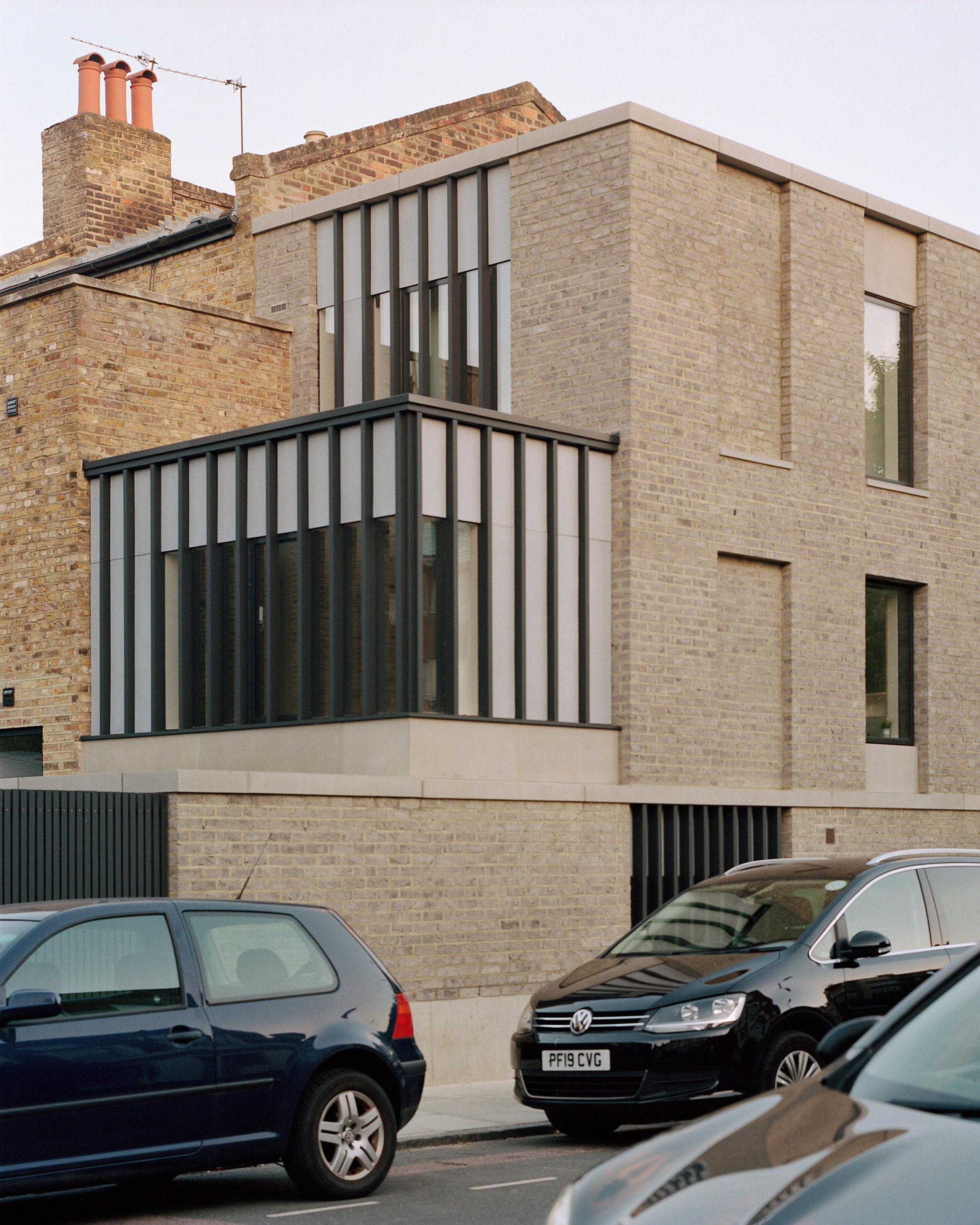 Other surprising details include a glazed rear extension with dark wood mullions, designed to reference a Victorian conservatory, and a rounded exterior profile that mirrors the shape of a pub across the street.

A grey London stock brick was chosen for the new exterior walls, while concrete forms the lintels, window ledges and recesses. The same materials were used for the site’s new boundary wall. 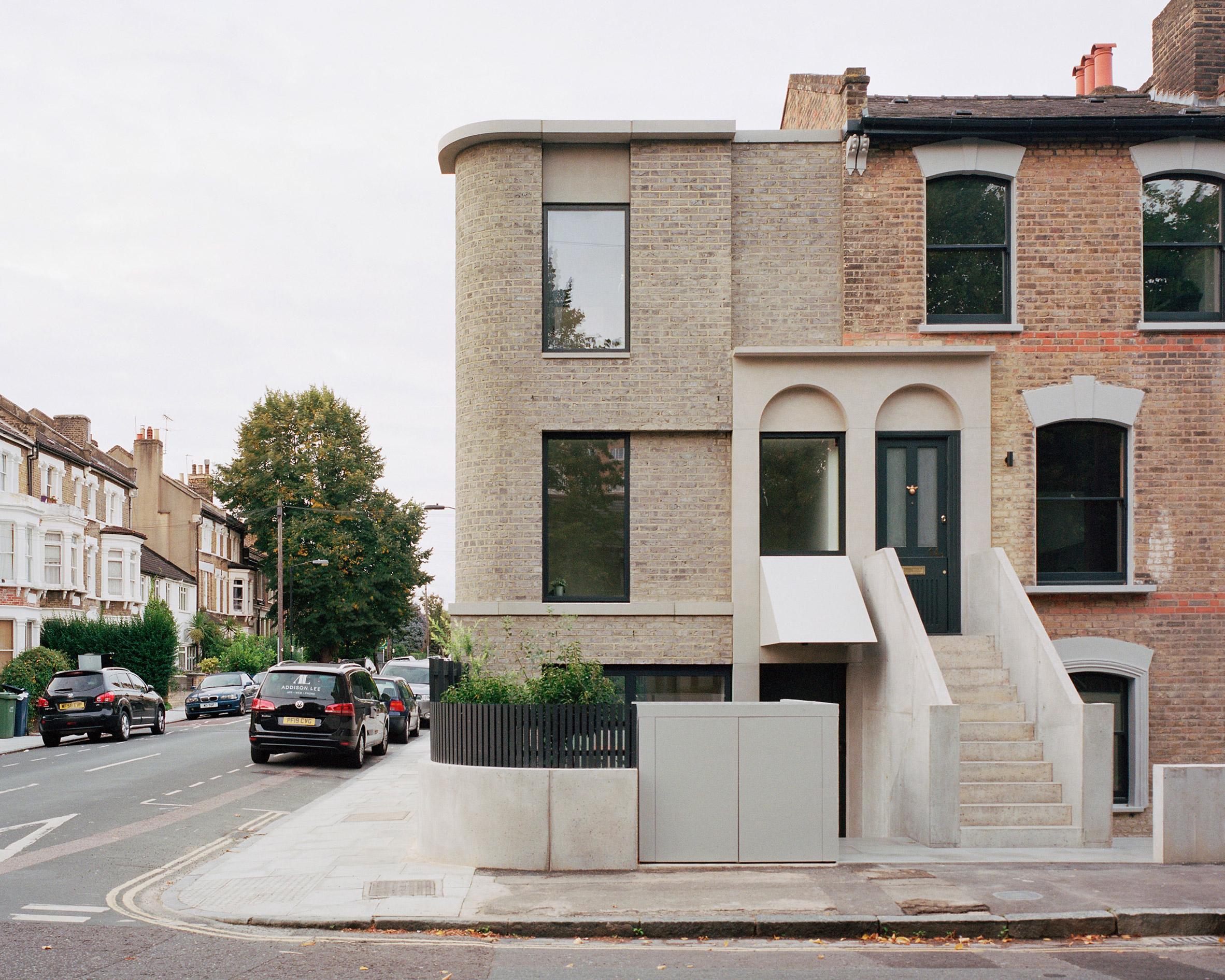 “As a practice we are deeply interested in how we can densify and repair the city incrementally, on small sites which have been previously overlooked,” explained Will Burges, director of 31/44 Architects .

“These kinds of sites always need a lot of care to make a contemporary piece of architecture which is closely woven into the pattern, texture and character of the neighbourhood.” 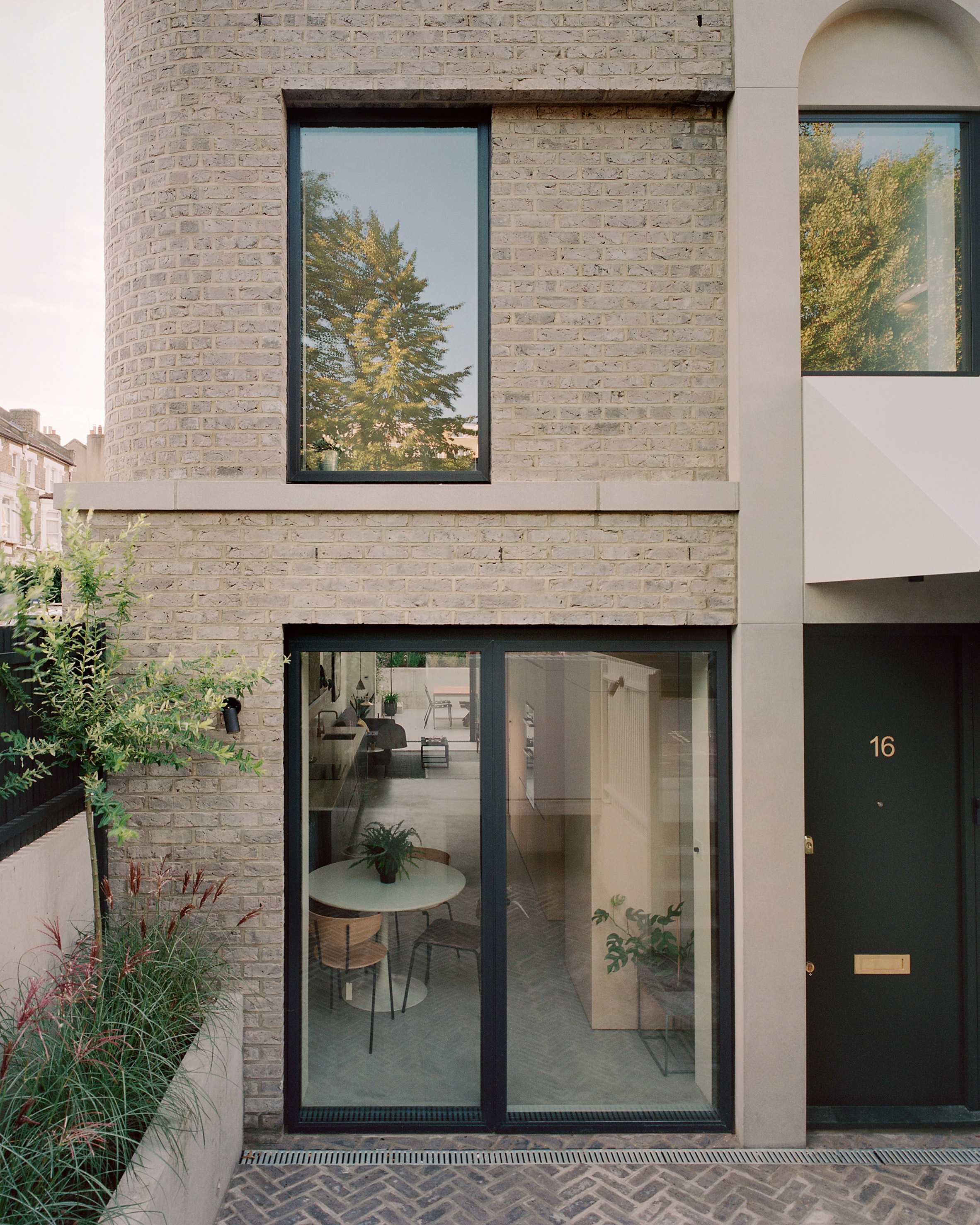 All three properties have their own entrance. The house, spread out over three storeys, has its entrance slightly below street level, which puts it at the same level as the rear garden.

An open-plan ground floor contains lounge, kitchen and dining spaces. Sliding glass doors at both the front and back allow this space to be fully opened up to the breeze.

Two bedrooms can be found on the level above, while the uppermost floor contains the en-suite master bedroom. 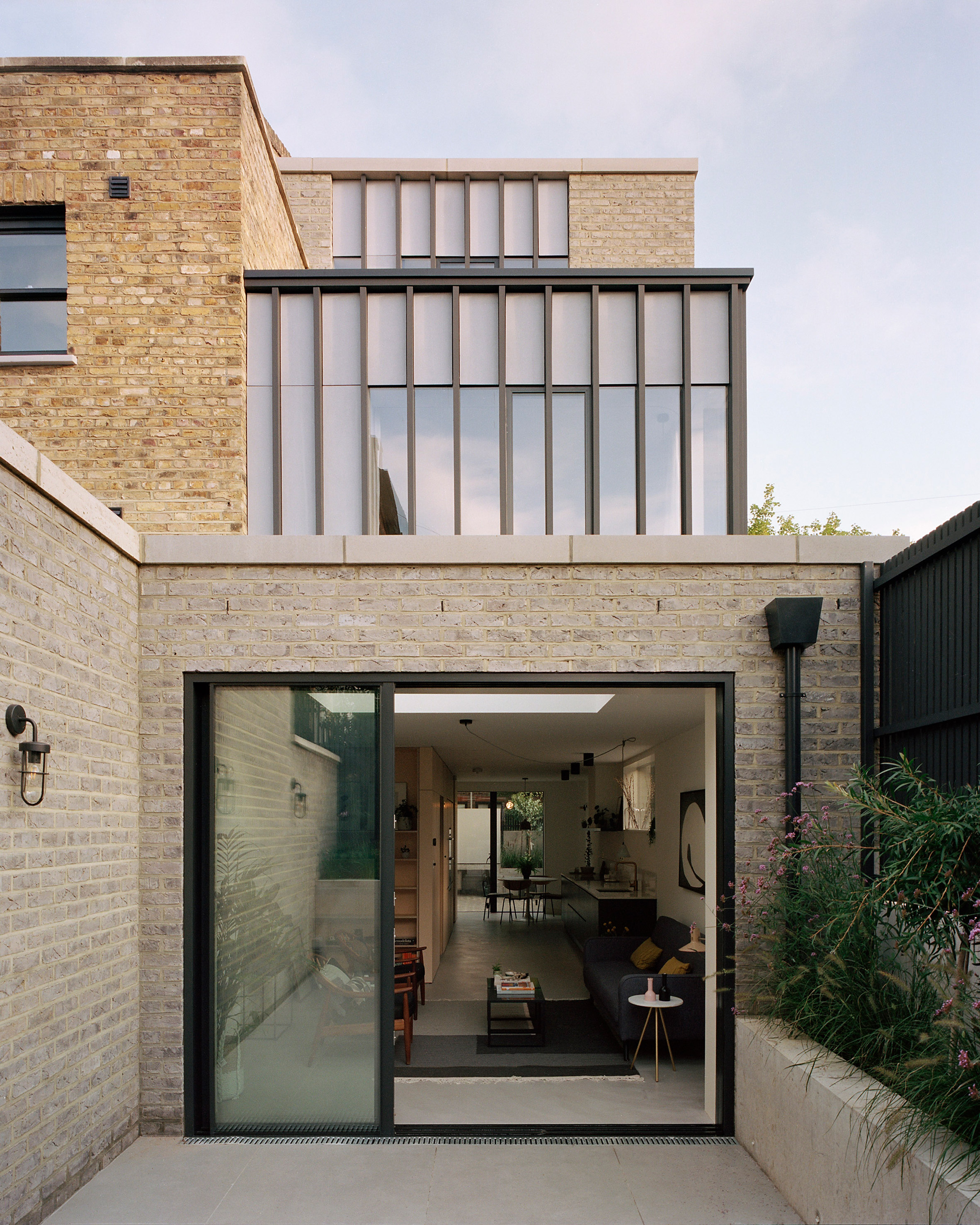 The ground-floor flat is accessed at the same level as the house. It has two bedrooms at the front, and a spacious living and dining space at the back, along with a small courtyard.

The two-level maisonette is accessed via the staircase up from the street. A kitchen/diner and lounge can be found on the lower level, while two bedrooms are located on the upper floor. 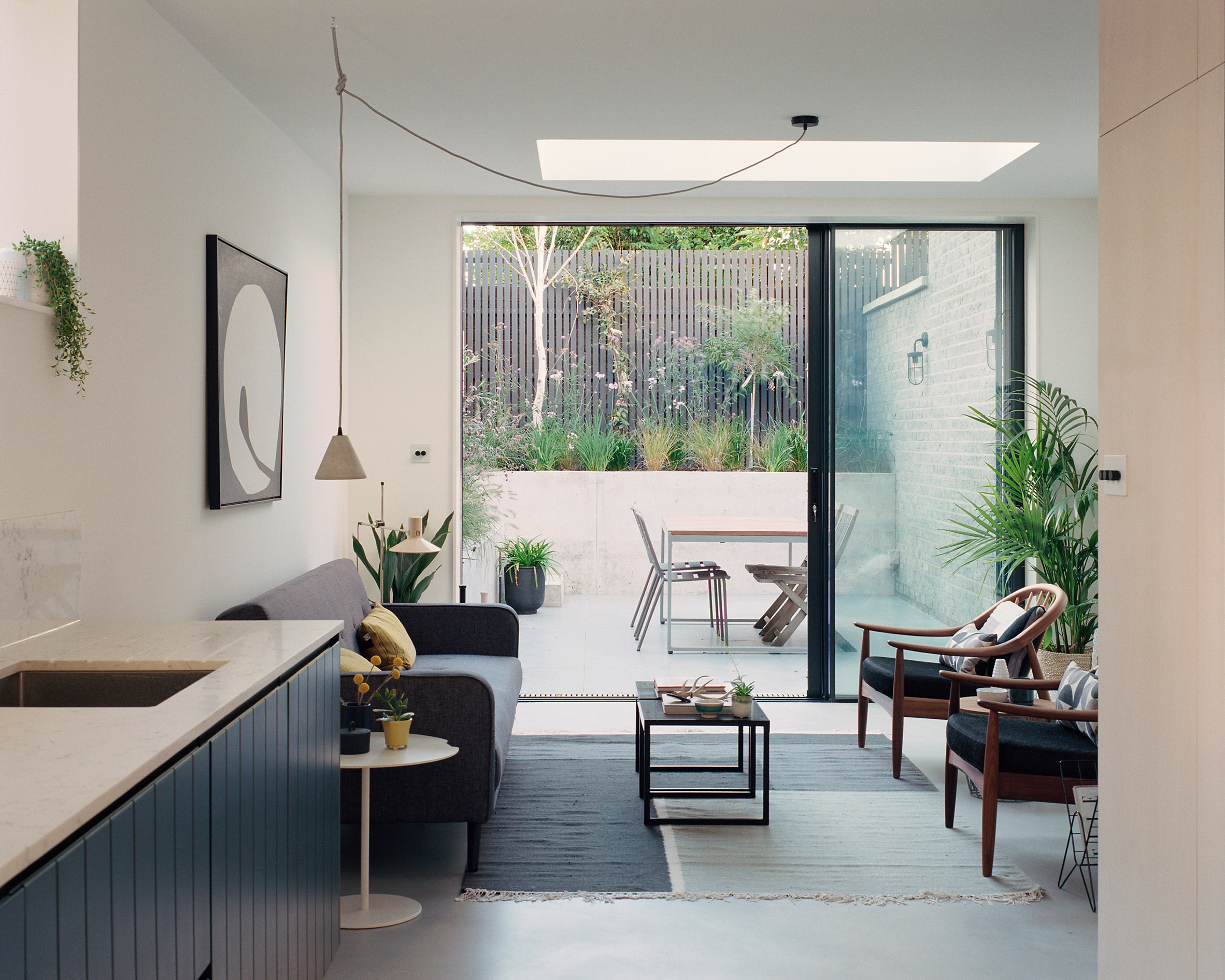 Corner House is the first new-build development from emerging property developer Sara Mungeam , who likes to introduce quality details into her projects.

Mungeam styled the interiors of all three homes, with the aim of creating spaces that are airy without being too minimal. 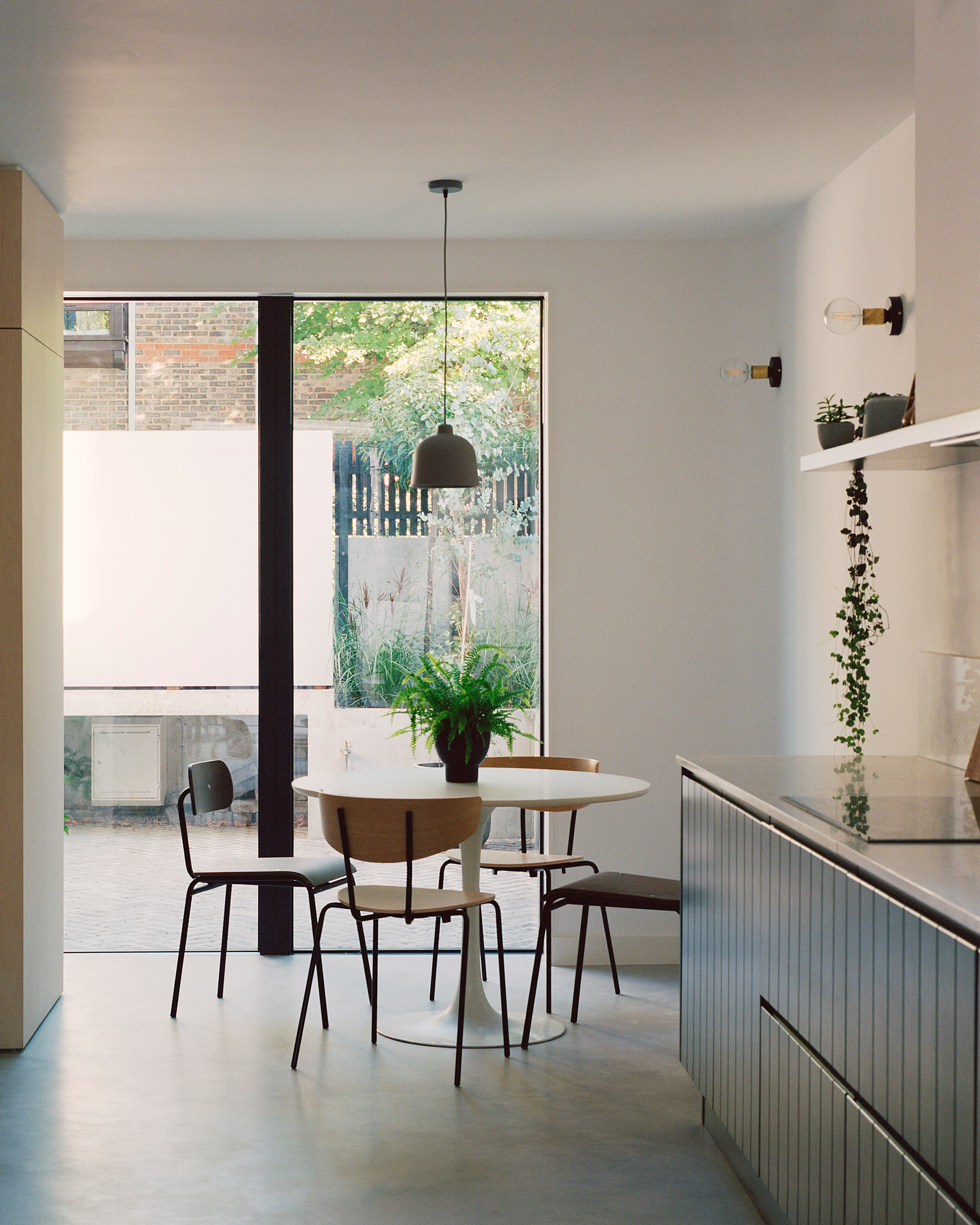 “The combination of bold contextual architecture and calm, cohesive interiors, reflecting the aesthetic, era and architecture of each of the different buildings, has proven to be a real selling point for the development,” Mungeam said. 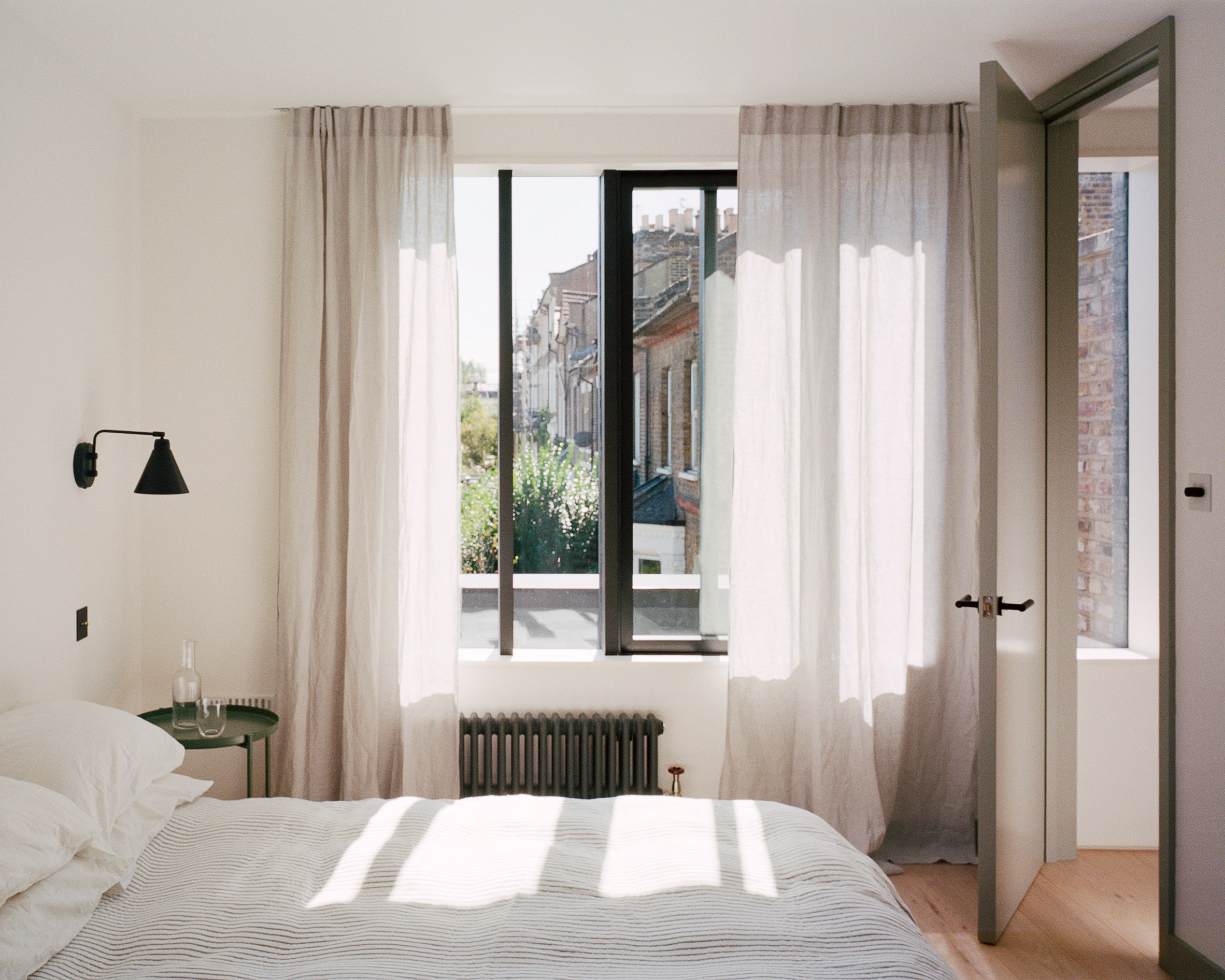 31/44 Architects also explored ways of bringing together heritage and new ideas at Red House , another end-of-terrace property designed by the studio.

“Corner House is a natural evolution of our Manser Medal winning Red House,” added Burges. “As designers, we find the constraints of these projects liberating.”

Photography is by Rory Gardiner.

The post 31/44 Architects puts a modern spin on a Victorian terrace in south London appeared first on Dezeen .