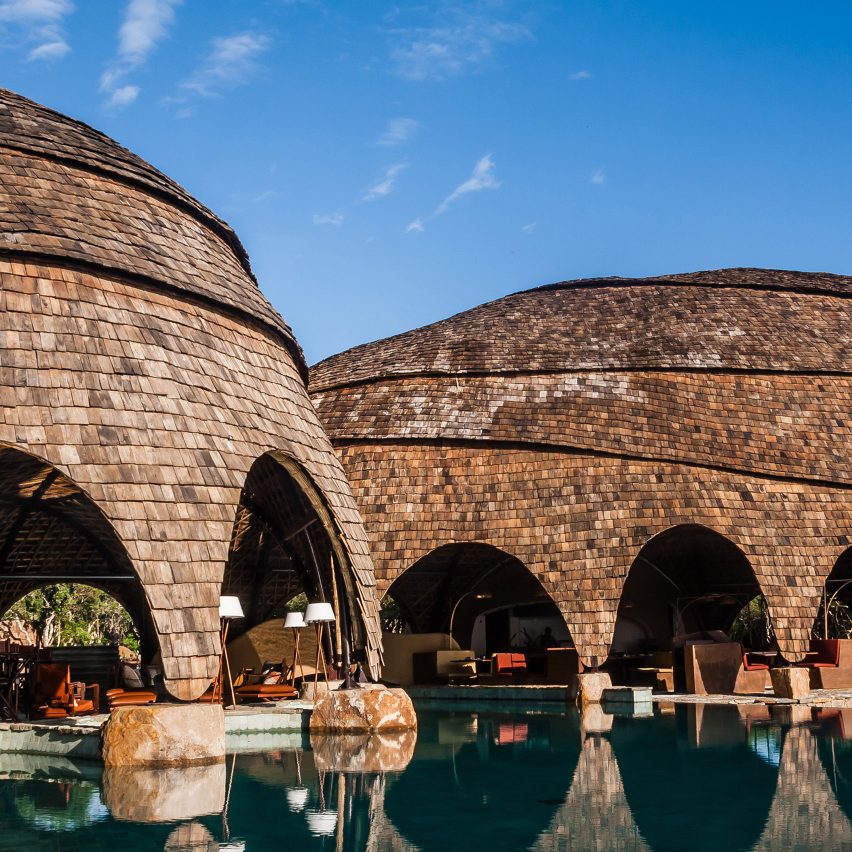 Dezeen promotion: a historic hotel in China and a cocoon-like guest lodge in Sri Lanka are among the hospitality projects commended in this year’s AHEAD Asia Awards.

Celebrating design-focused hospitality projects from across the globe that provide exceptional guest experiences, submissions to the AHEAD Awards programme are divided into four regions: Asia, Americas, Europe, and the Middle East and Africa.

Entries were reviewed by a judging panel made up of leading hoteliers, architects, interior designers and industry commentators.

The 2019 Asia winners were announced in a ceremony at Singapore’s Andaz Hotel, all praised by AHEAD Awards founder Matt Turner for “reflecting the region’s rich cultural history and dynamic modernity”.

Amanyangyun Shanghai designed by Kerry Hill Architects was the big winner of the evening, taking home the Hotel of the Year award.

Occupying a couple of Ming and Qing dynasty buildings that had been on the point of demolition, Amanyangyun was applauded by judges for its “brilliant, hard-fought efforts to preserve the historical and cultural heritage of a province”.

The hotel also won in the Guestrooms, Hotel Conversion, and Visual Identity categories.

Several other winning hotels were also located in China, with the Middle House in Shanghai by Lissoni Associati named first place in the Lobby & Public Spaces category. According to the judges the hotel achieved a balance of “luxury and locality” in its entrance hall, which is decked out with emerald green ceramic tiles and has a 3,760-piece Venetian chandelier.

The Tsingpu Yangzhou Retreat by Neri & Hu, a 20-room boutique hotel that the judging panel loved for its labyrinthine-like quality, came top in the Landscaping & Outdoor Spaces category.

Other notable winners include Guntû, which took home the Transport award. The 19-room hotel designed by Yasushi Horibe is set inside a boat that floats in Japan’s Seto Inland Sea, offering what judges described as a “beautifully relaxing mobile hospitality experience”.

Sri Lanka’s Wild Coast Tented Lodge designed by Nomadic Resorts scooped the Resort Hotel award. Surrounded by dryland forests, the hotel comprises of a series of round, cocoon-style tents that are meant to resemble the boulders seen in the surrounding landscape.

Earlier this year the previous annual AHEAD Awards culminated in a global biennale, where winners from each region went head-to-head for worldwide titles – Alila Yangshuo, a hotel designed by Beijing studio Vector Architects, was named as the Ultimate Winner.

See below for the full list of this year’s AHEAD Asia award winners:

The AHEAD Asia Hotel of the Year
Amanyangyun Shanghai, China

The post AHEAD Asia announces region’s best hotels for 2019 appeared first on Dezeen.