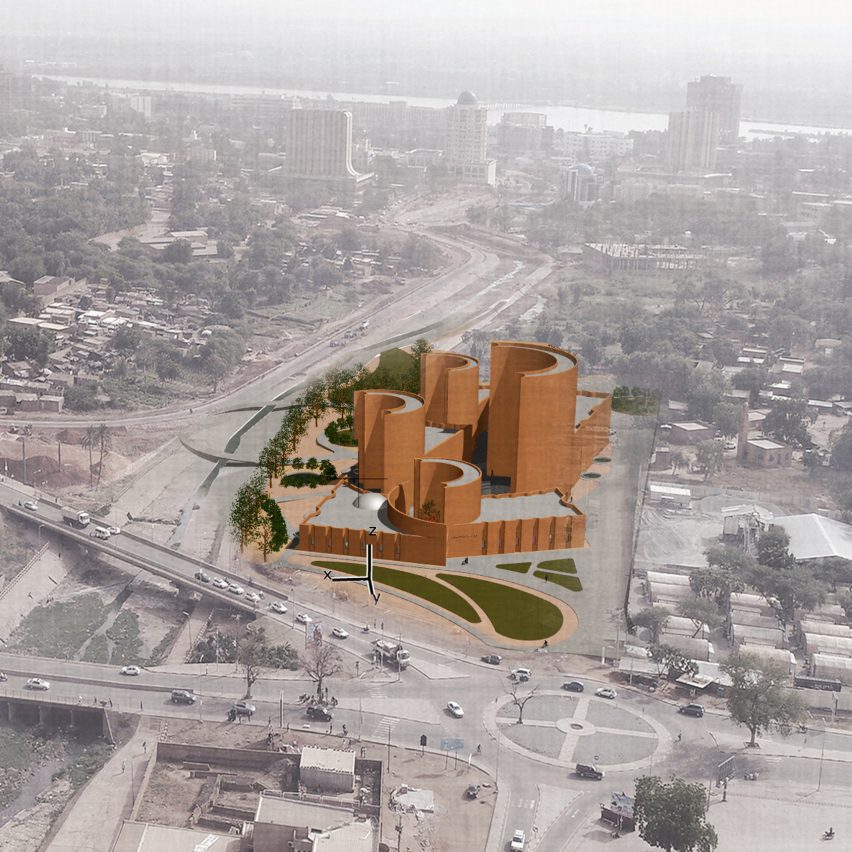 Atelier Masomi has designed a cluster of five raw-earth buildings that will become the Niamey Cultural Center in the capital of Niger .

The group of buildings in the capital of the west African country will contain a performance auditorium, gallery, cafe and community facilities and a library , which will be the first municipal library built in the city since the country’s independence. 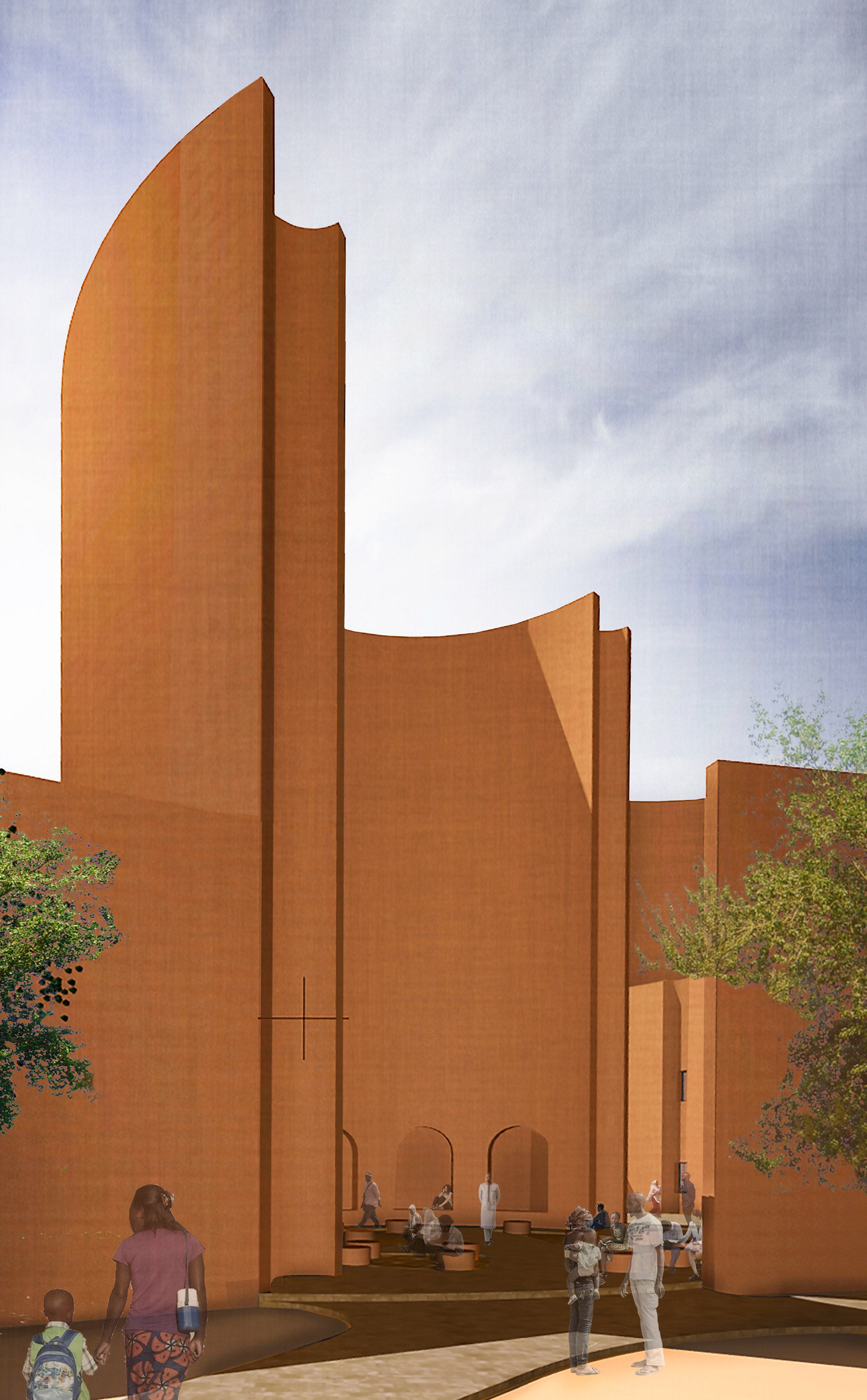 The arts centre and library will be built alongside a valley, which is a natural barrier that before independence split the city in two, with the French largely living on one side and the indigenous Africans on the other.

Atelier Masomi hopes that the cultural centre will help tie the two sides of the city together.

“Today the valley still represents a barrier between the haves and the have-nots, evident in the noticeable way in which the fabric of the city changes when one crosses from one side to the other,” explained the studio, which is led by Mariam Kamara.

“After colonization, a scholar and founding leader of the newly created Nigerien state, Boubou Hama, proposed using the valley as a site for various cultural projects, effectively transforming it from a divisive symbol to a place where people from all walks of life would come together.” 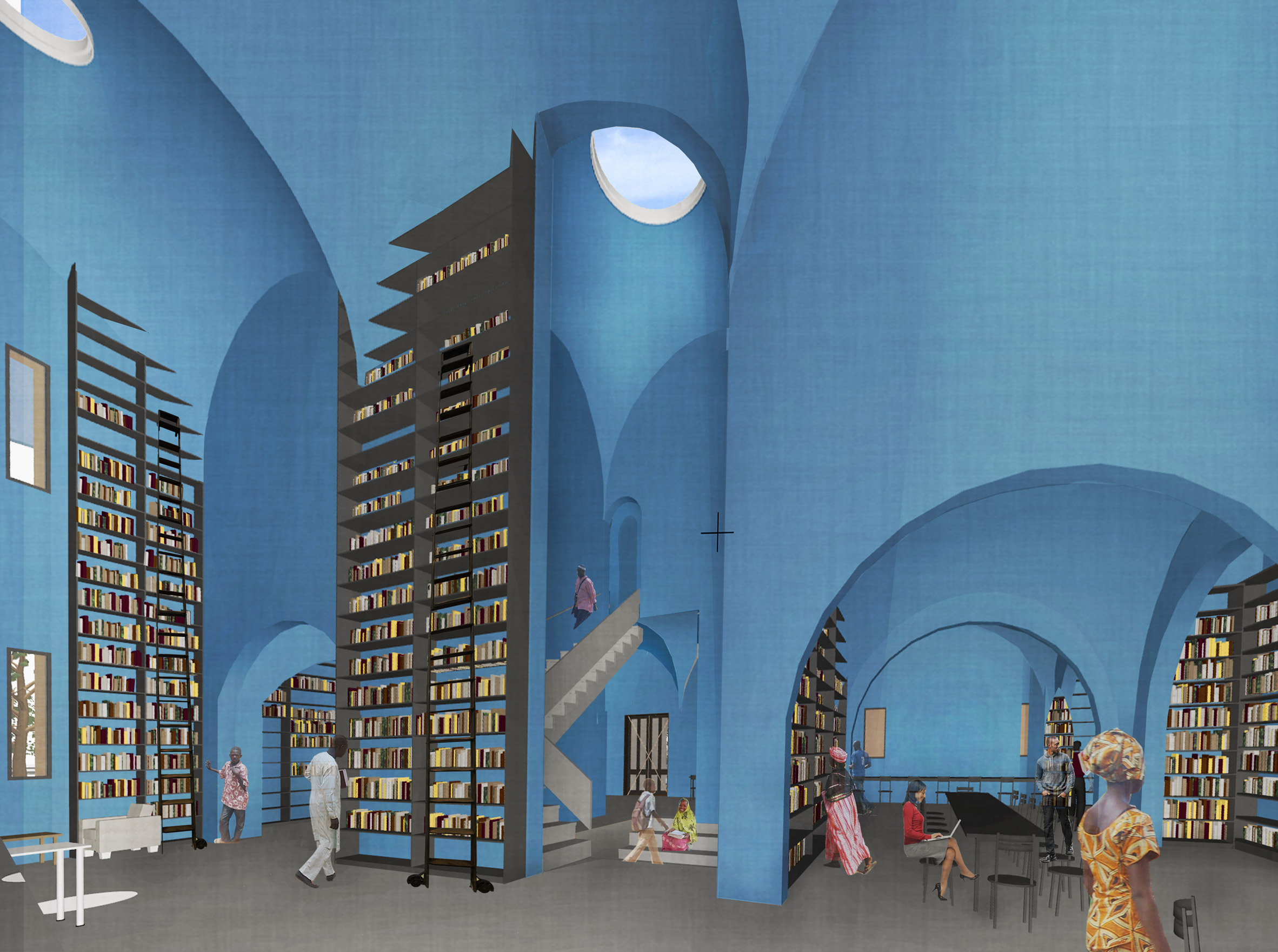 The cultural centre will consist of five buildings in total, four of which will have distinctive semi-circular towers.

Each of the towers will mark the entrance to the buildings and will partially enclose an outdoor courtyard space to create a series of connected passages and open spaces.

“The project is designed for the exterior spaces to be as important as the enclosed program with pedestrian paths and gathering spaces breaking what would have been a massive building into smaller structures,” said the studio. 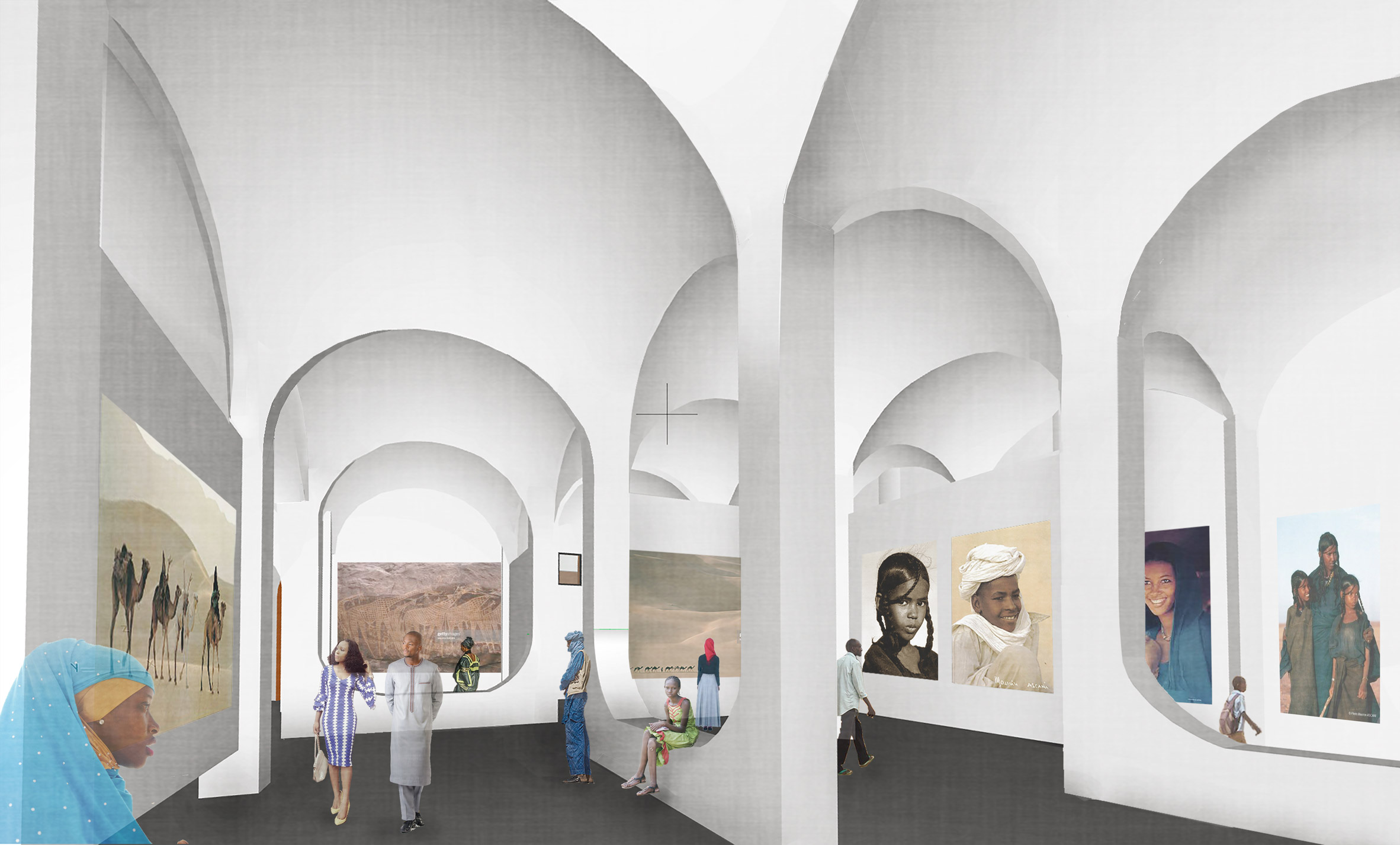 The towers enclose and shelter the external spaces, but also are part of the stack-ventilation system that cools the indoor spaces.

This is part of the environmental strategy for the building, which also included rainwater harvesting from its roofs. The buildings would be built from raw-earth bricks, which are a local material in Niger.

“Its colour and texture make the buildings seem to grow from the ground, an icon for the city in its monumentality, but familiar in maintaining the same relationship to the earth as the architecture of the region has had for centuries,” said the studio. 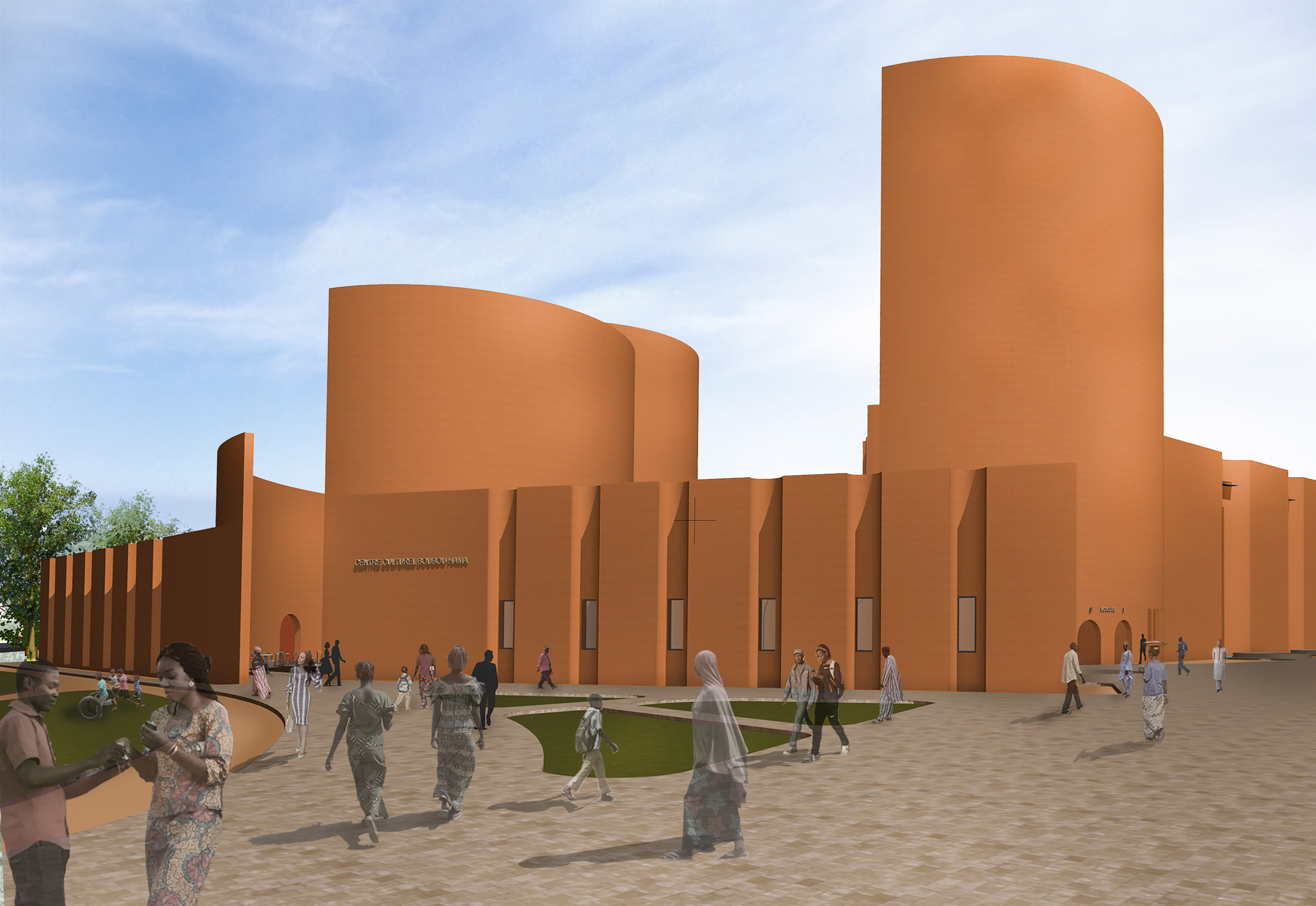 Atelier Masomi is an architecture studio based in Niamey. Also in Niger, it has previously converted a former mosque into a library and community centre and built a regional market  in village of Dandaji.