Black-painted larch planks clad extension to a house in London 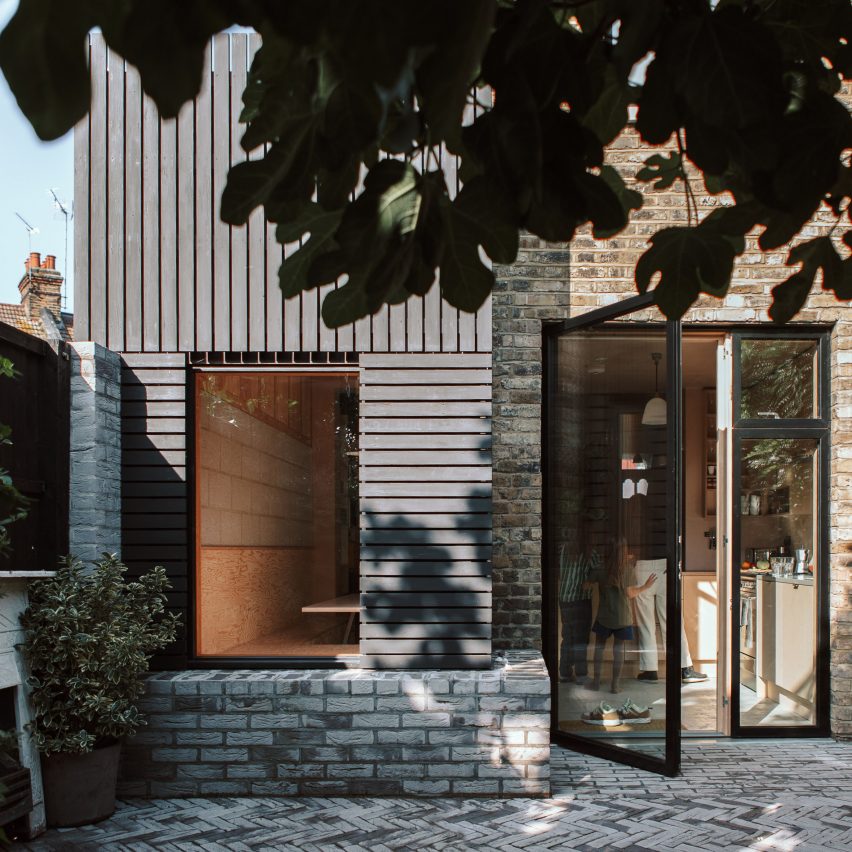 Larch  planks finished with matt black barn paint were used to clad this extension of a Victorian terrace in London , designed by architect Harry Thomson.

Fittingly named A House for Four, the project provides additional spaces for a couple and their two children. 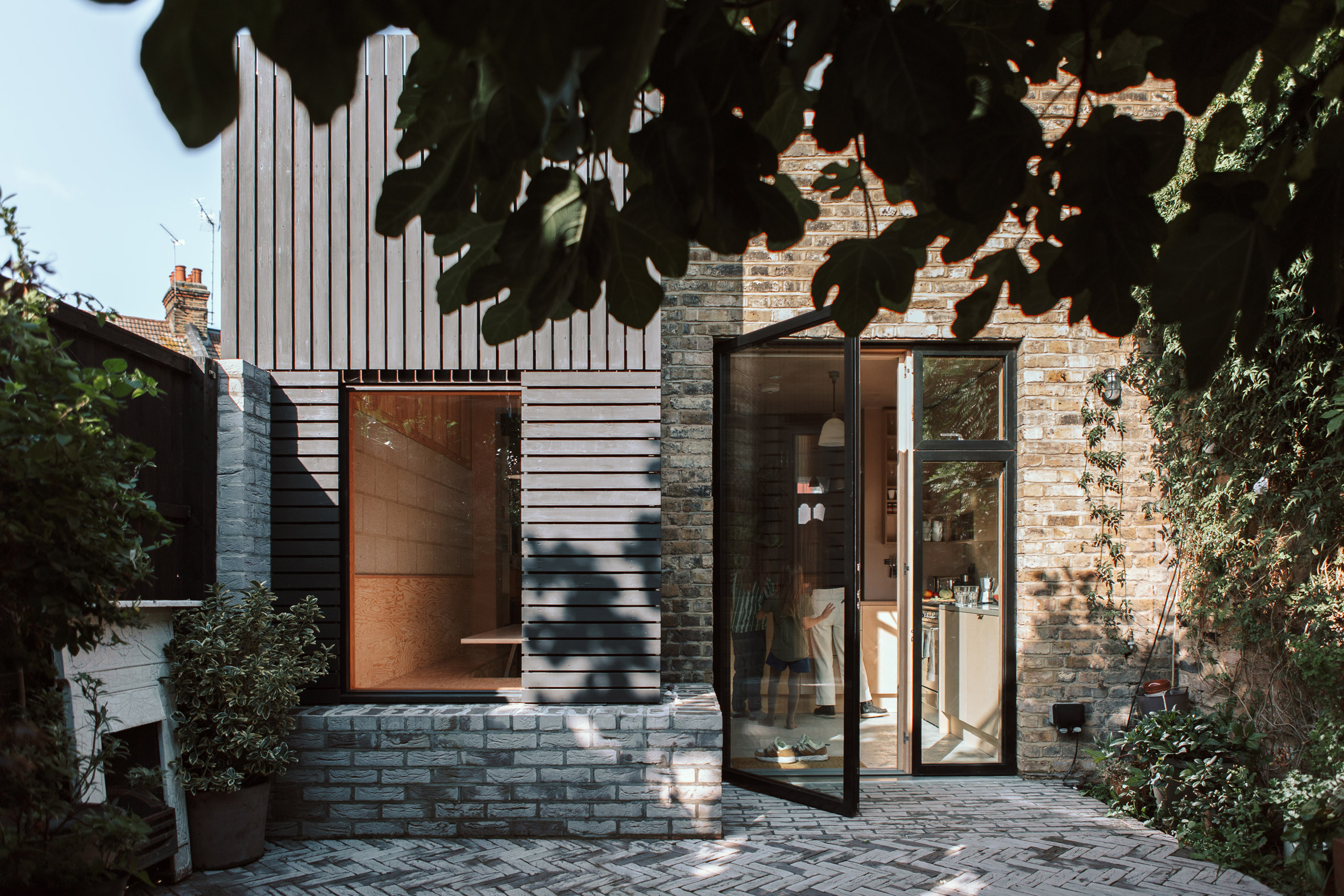 The existing dining space has been extended out into the garden, and a stepped dormer set into the roof has added an extra bedroom.

Alongside these new areas, the interiors of the home have been reworked and opened-up with materials such as Douglas fir , fair-faced blocks and exposed plaster. 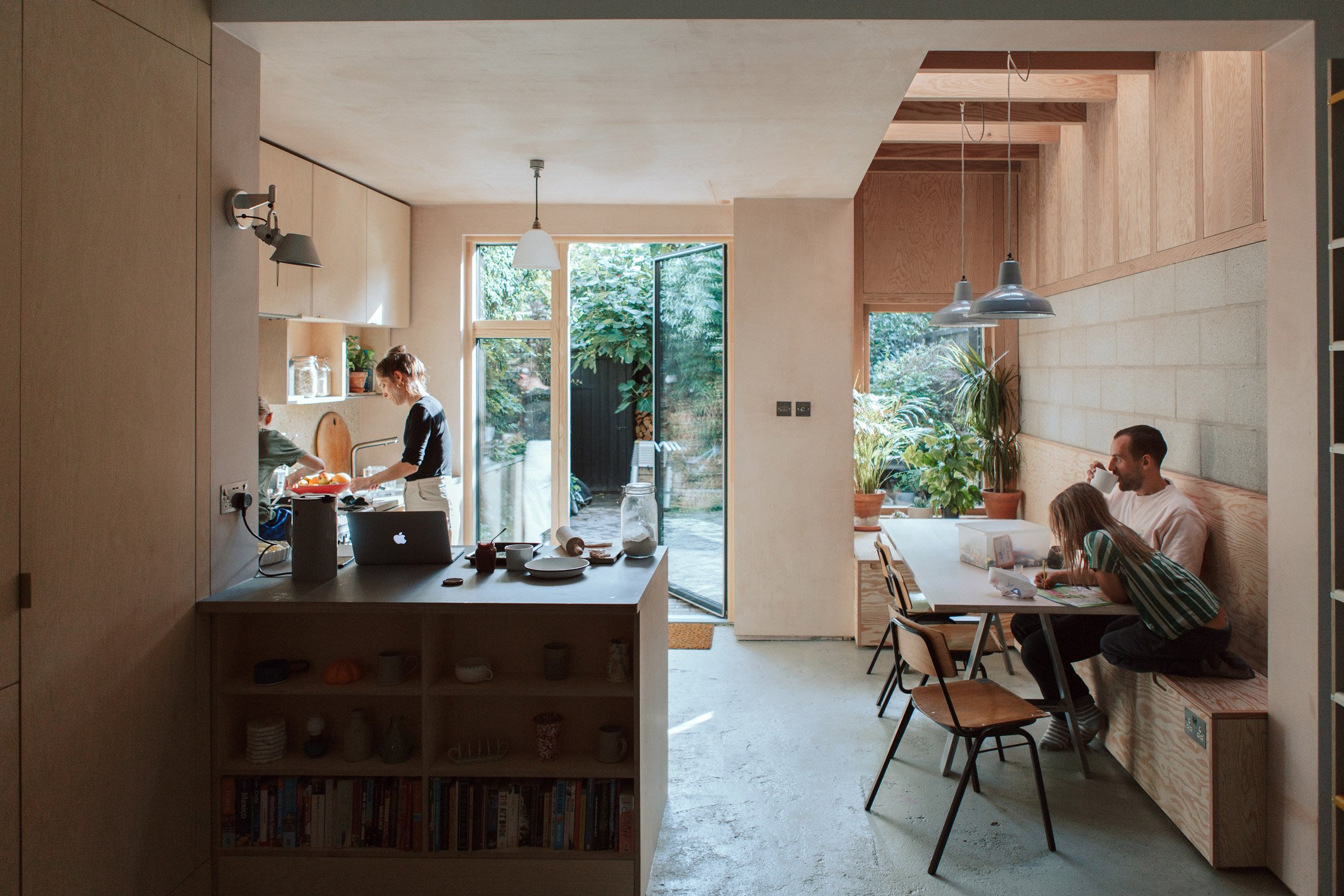 “The plaster on the walls and ceilings in the kitchen is left exposed, the dusty pink colour complementing the Douglas fir timber frame and creating a visual warmth.” A previously uneven floor in the kitchen and dining area has been levelled out.

This creates a continuity across a space that protrudes  into the garden and opens out onto it with a large glass door. 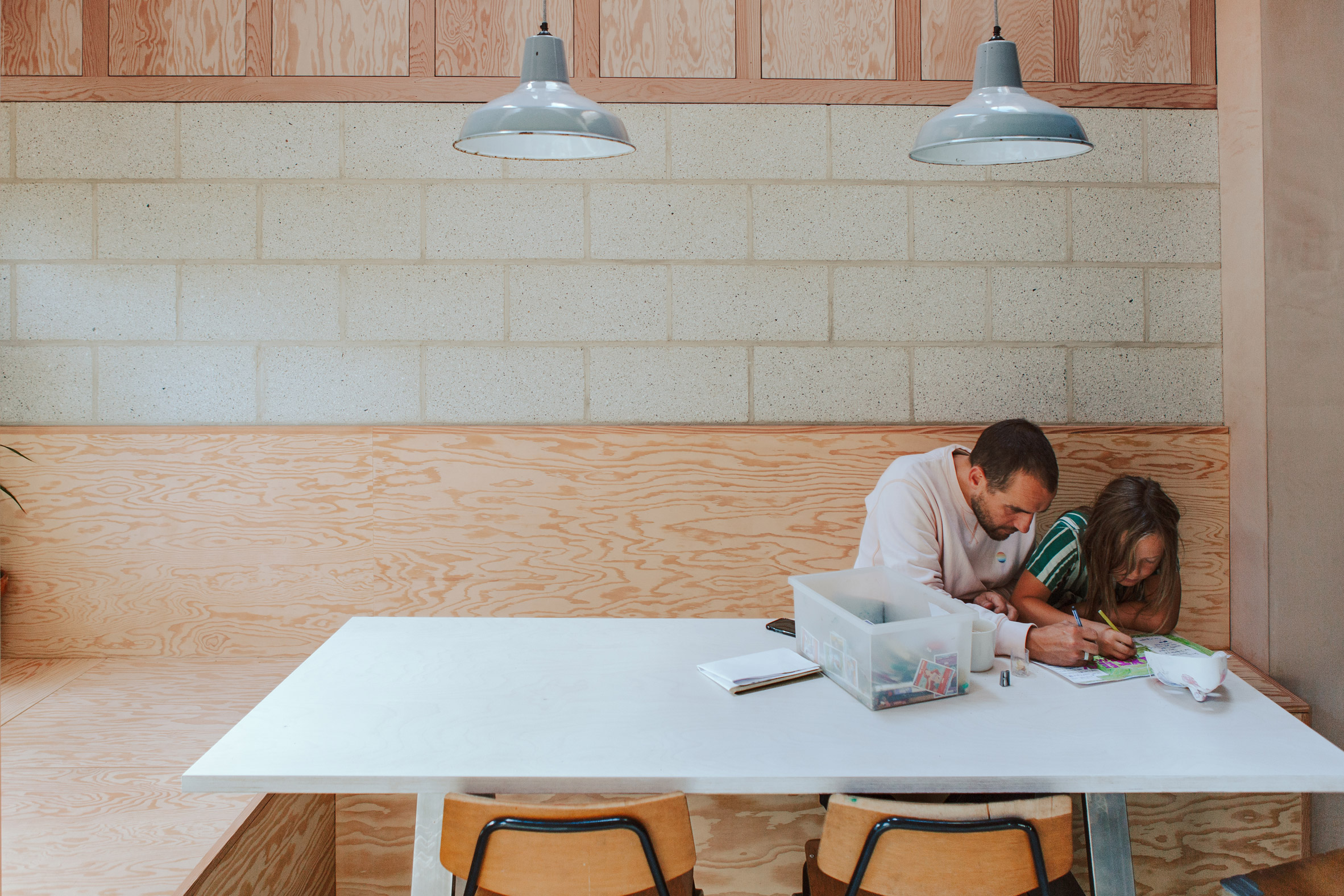 A wooden bench, which provides seating for the dining table, extends into the new area.

It wraps around to form a large window box, which provides views out to the garden through a window. 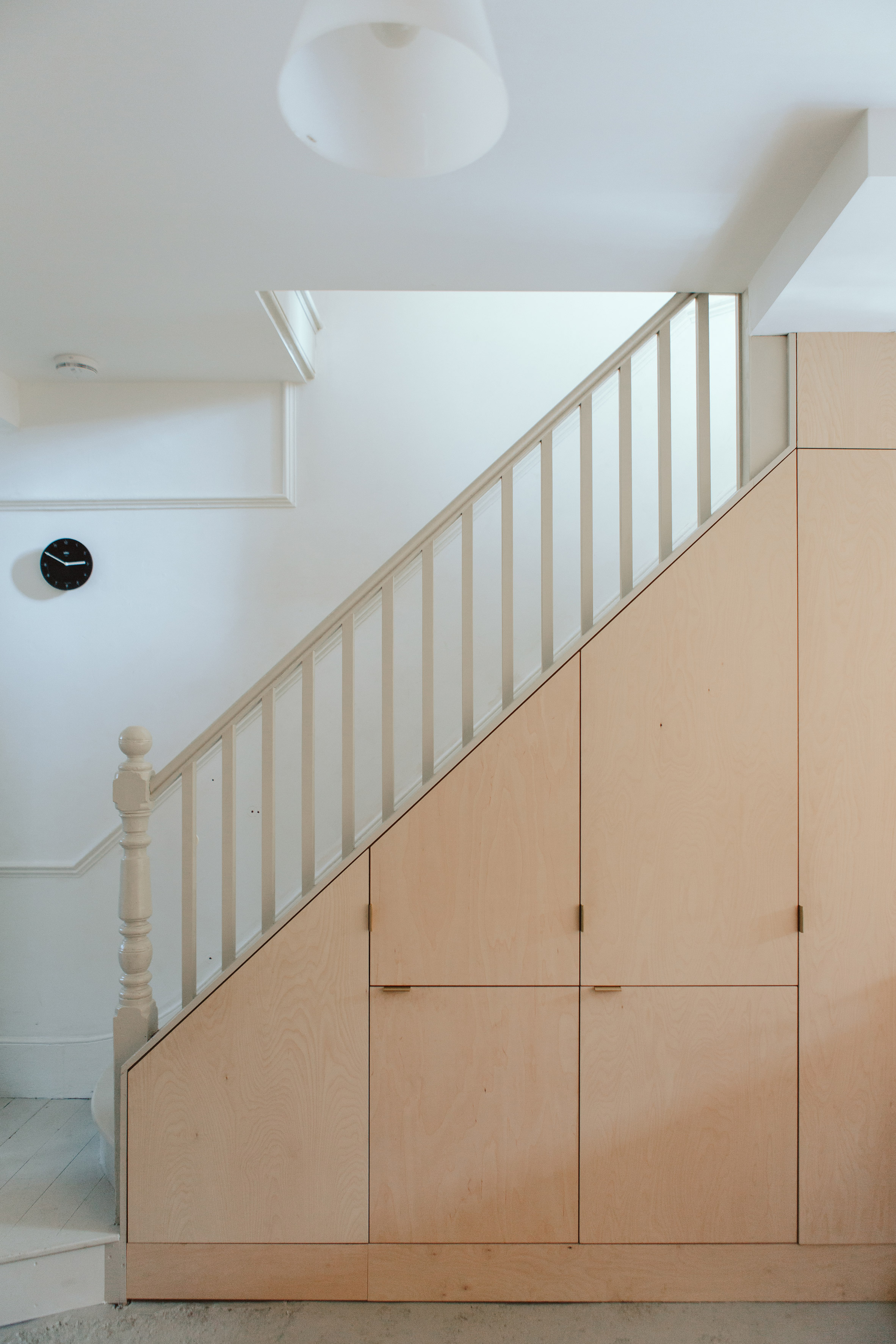 The extension’s timber frame sets it apart from the rest of the kitchen, creating a slightly higher space illuminated from above by skylights set between the beams.

“This is a space to sit in and inhabit with cushions or plants . Generous storage was created beneath the bench seat and under the stairs, allowing shoes and school bags to be tucked away,” explained Thomson. 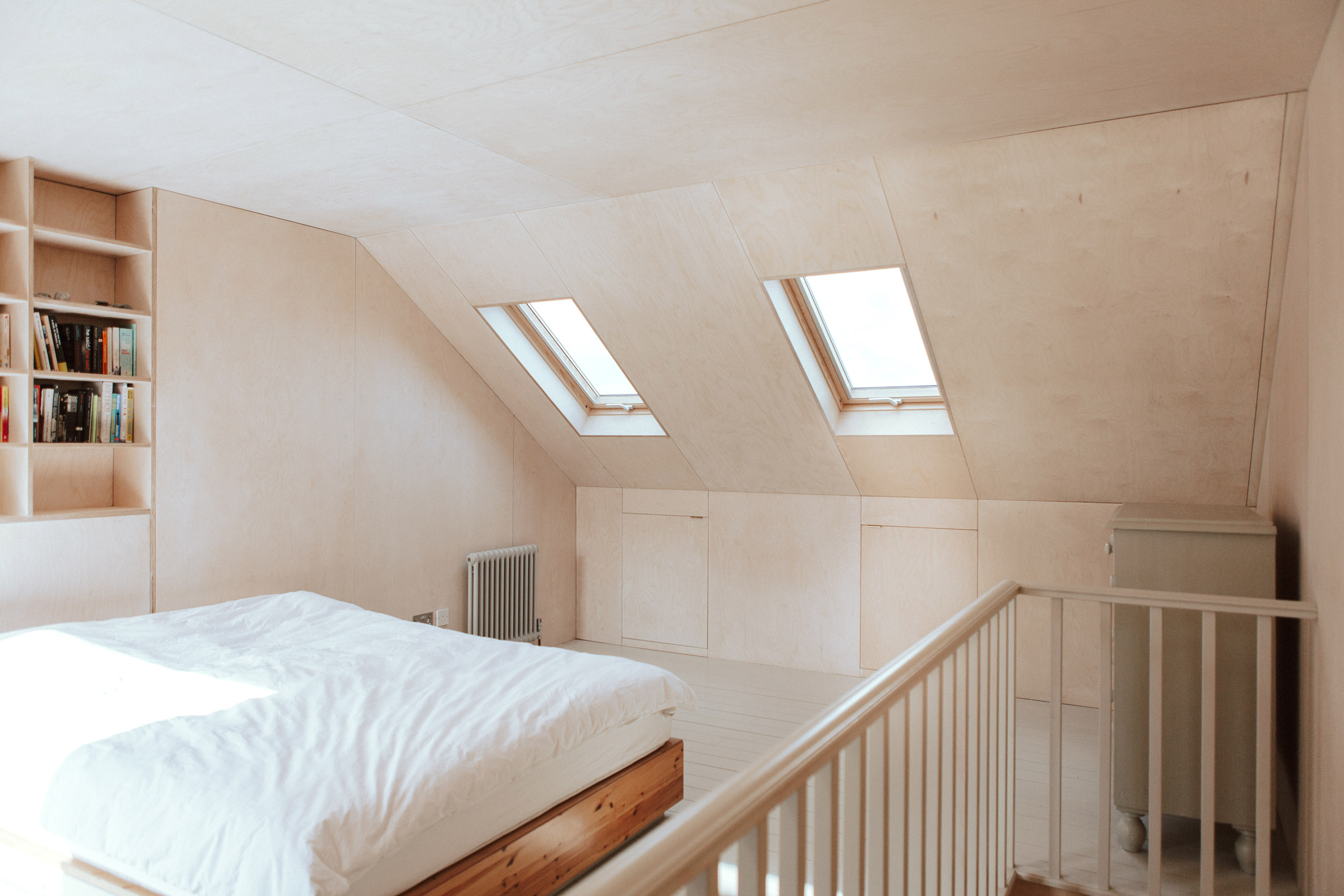 The bespoke joinery is by Sam Haddow and Emiliano Malferrari .

A House for Four’s kitchen is now “somewhere to talk, to do homework, to have a party,” said Thomson. 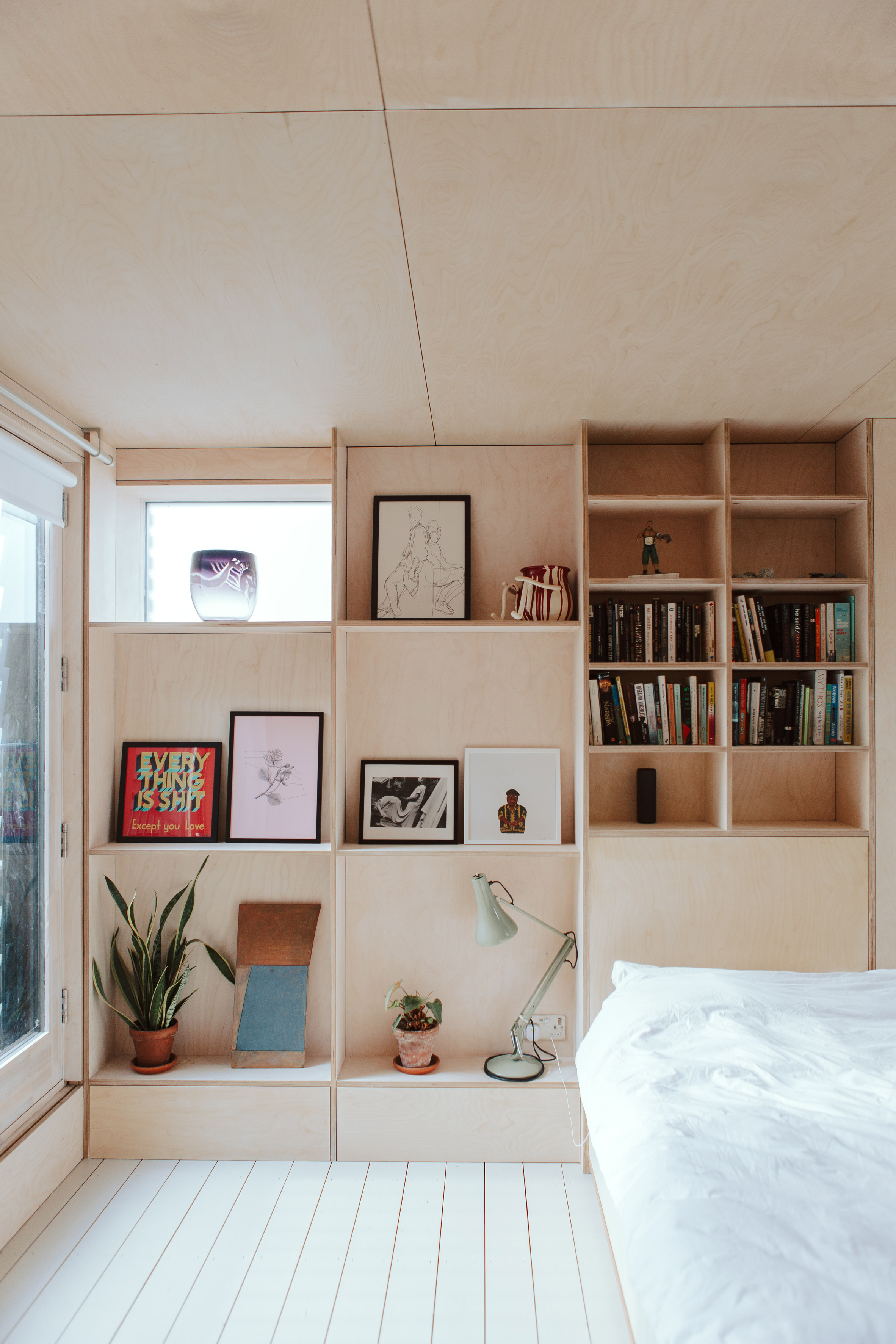 Douglas fir lines the entirety of the new attic space, as well as the small staircase that connects it to the existing house.

The new bedroom sits below the sloping roofline, where two skylights have been created as well as built-in storage behind wooden panels. 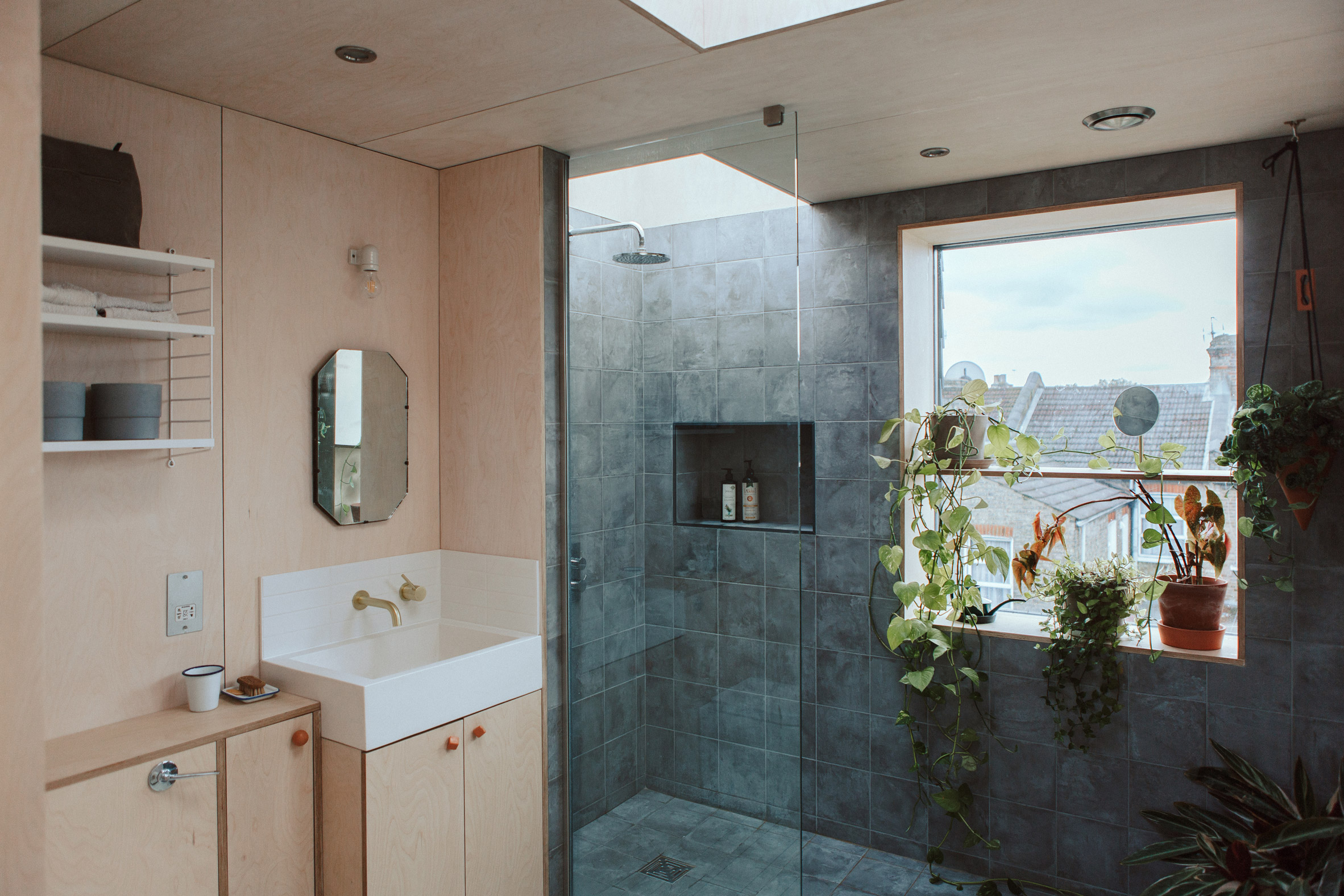 This concealed storage has also been employed on the ground floor, where the area underneath the staircase is boxed-in to create a series of cabinets.

Harry Thomson is a director at London-based practice Studioshaw , which recently completed a co-working space with a “cocktail bar feel” in west London.

Photography is by Lenny Codd.

The post Black-painted larch planks clad extension to a house in London appeared first on Dezeen .