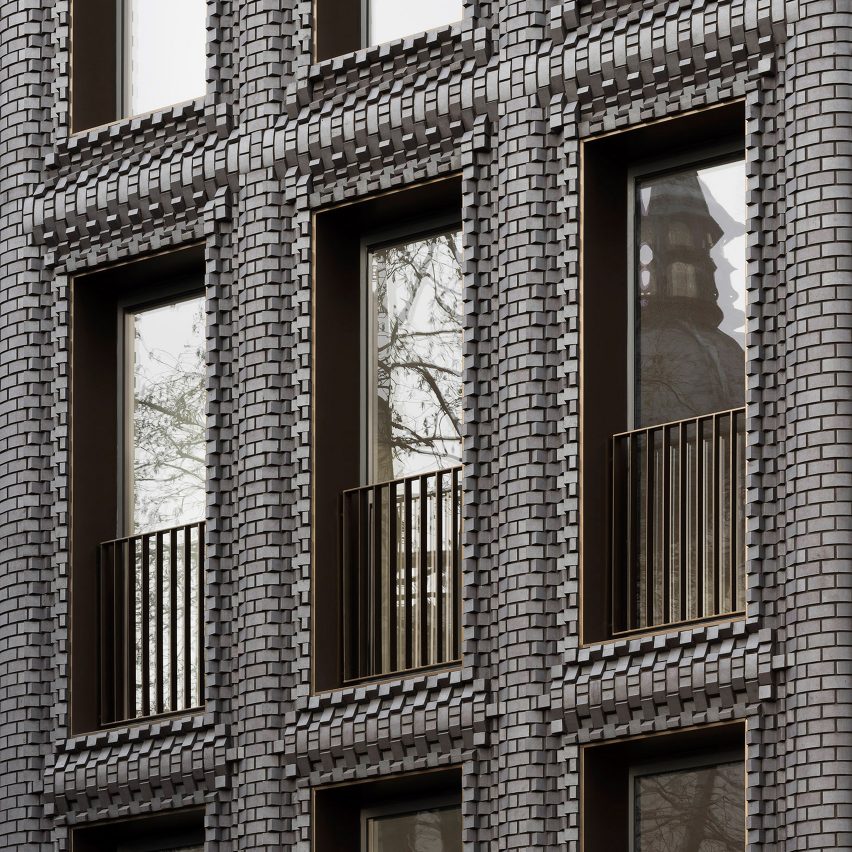 Bureau de Change has completed The Interlock, a mixed-use building in London with a facade made from matte blue bricks that “appear to twist like cogs”.

The five-storey building was designed by Bureau de Change for developer HGG London to sit within a 19th century terrace in Fitzrovia.

It was designed to echo the proportions of the adjoining buildings, but challenge their traditional facades with dark bricks that swell around the floors and windows.

“We were interested in taking these very traditional proportions and in some way subverting it, like a puzzle box that seems familiar and reveals a hidden complexity that increases the more you interact with it,” said co-founder Katerina Dionysopoulou. 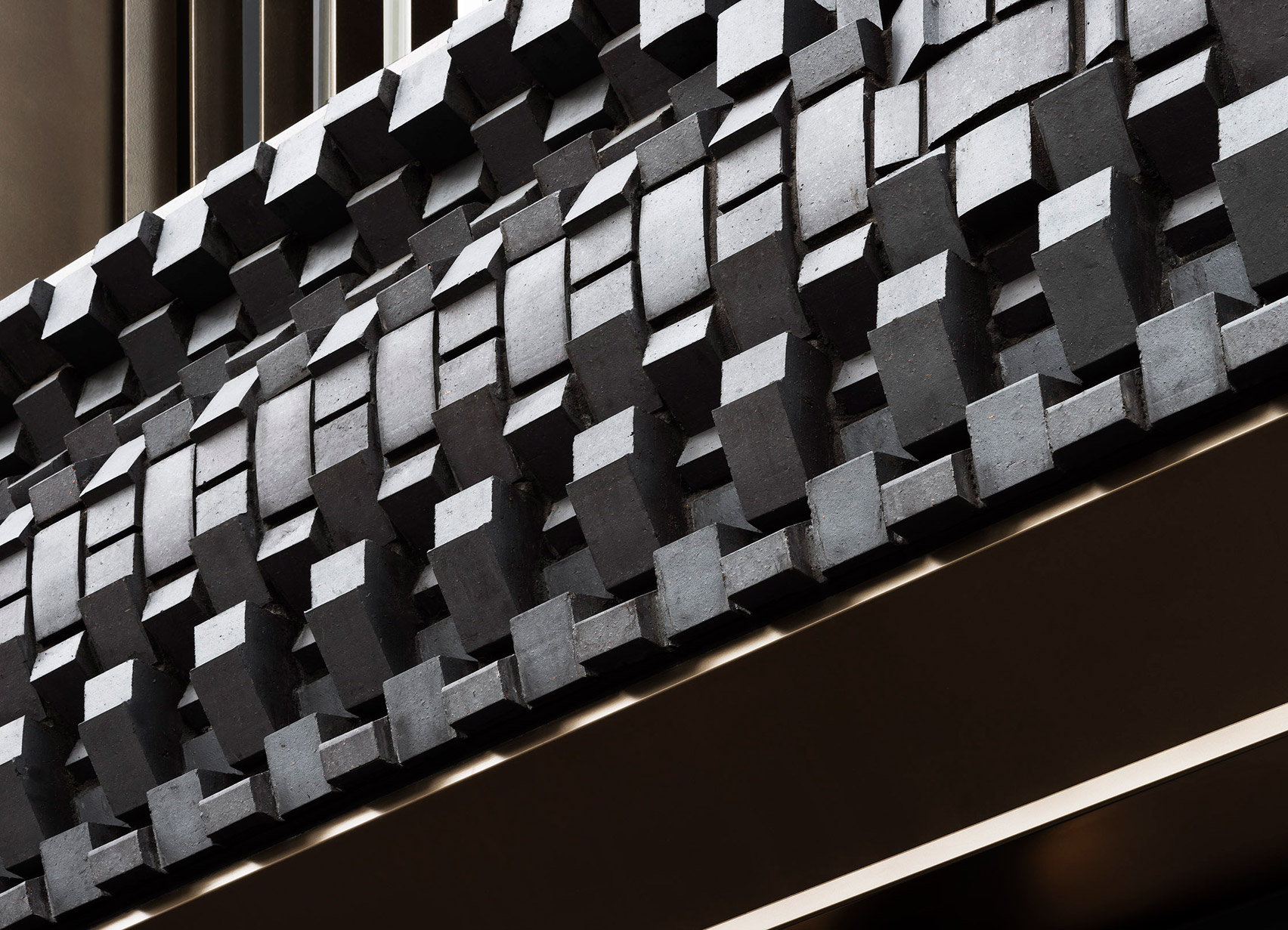 The Interlock’s facade comprises a total of 5,000 bespoke bricks in 44 sizes, which are made from Staffordshire Blue clay.

Prior to construction, the facade was modelled extensively to ensure the desired arrangement could be attained structurally. A one-to-one template was then used on site to set out the location of each brick during construction. 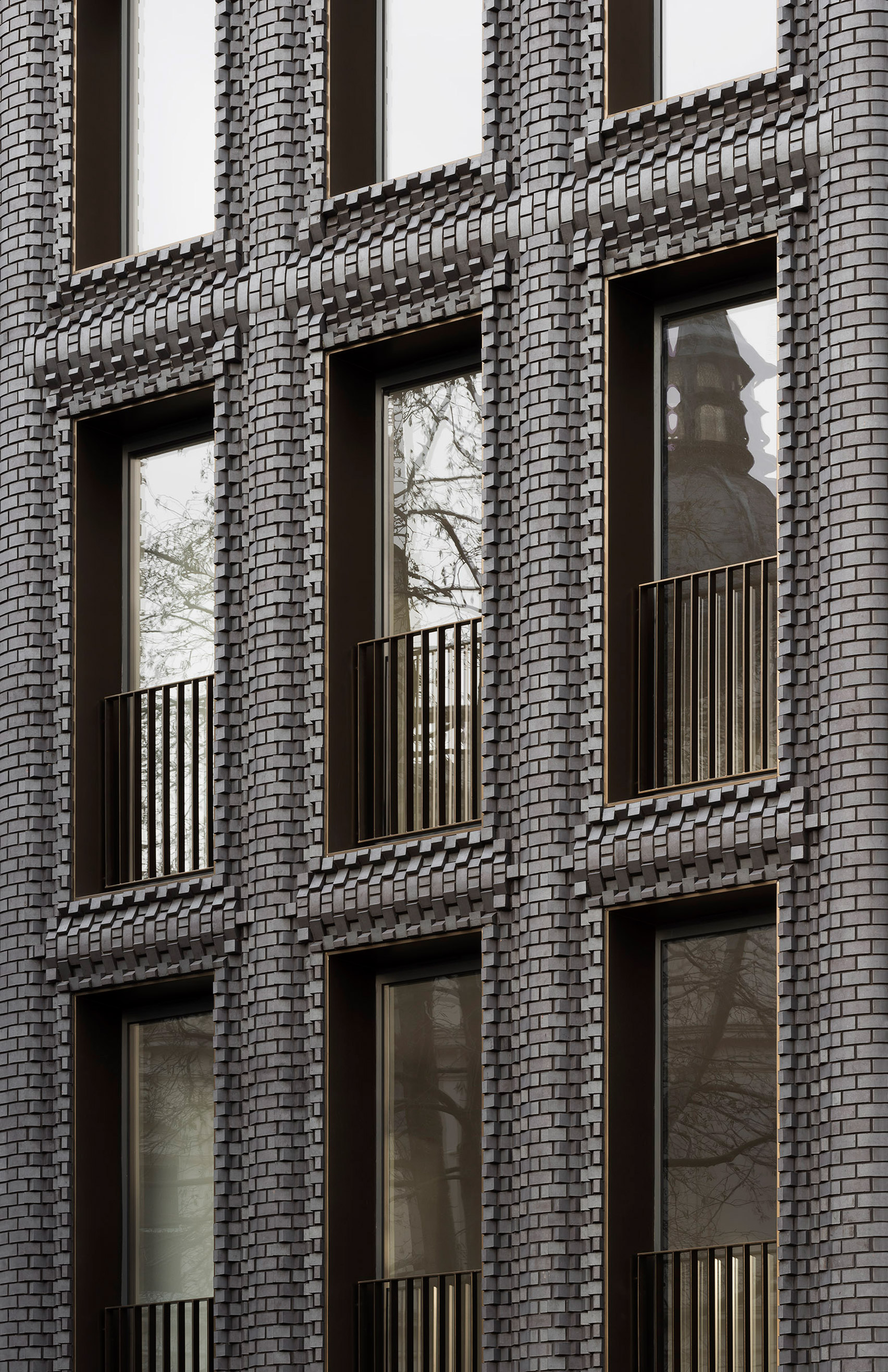 “We were walking the line of what would be technically possible,” added co-founder of Bureau de Change Billy Mavropoulos. “But through this process we found a point that was both buildable and produced the richness and movement we were trying to achieve.” 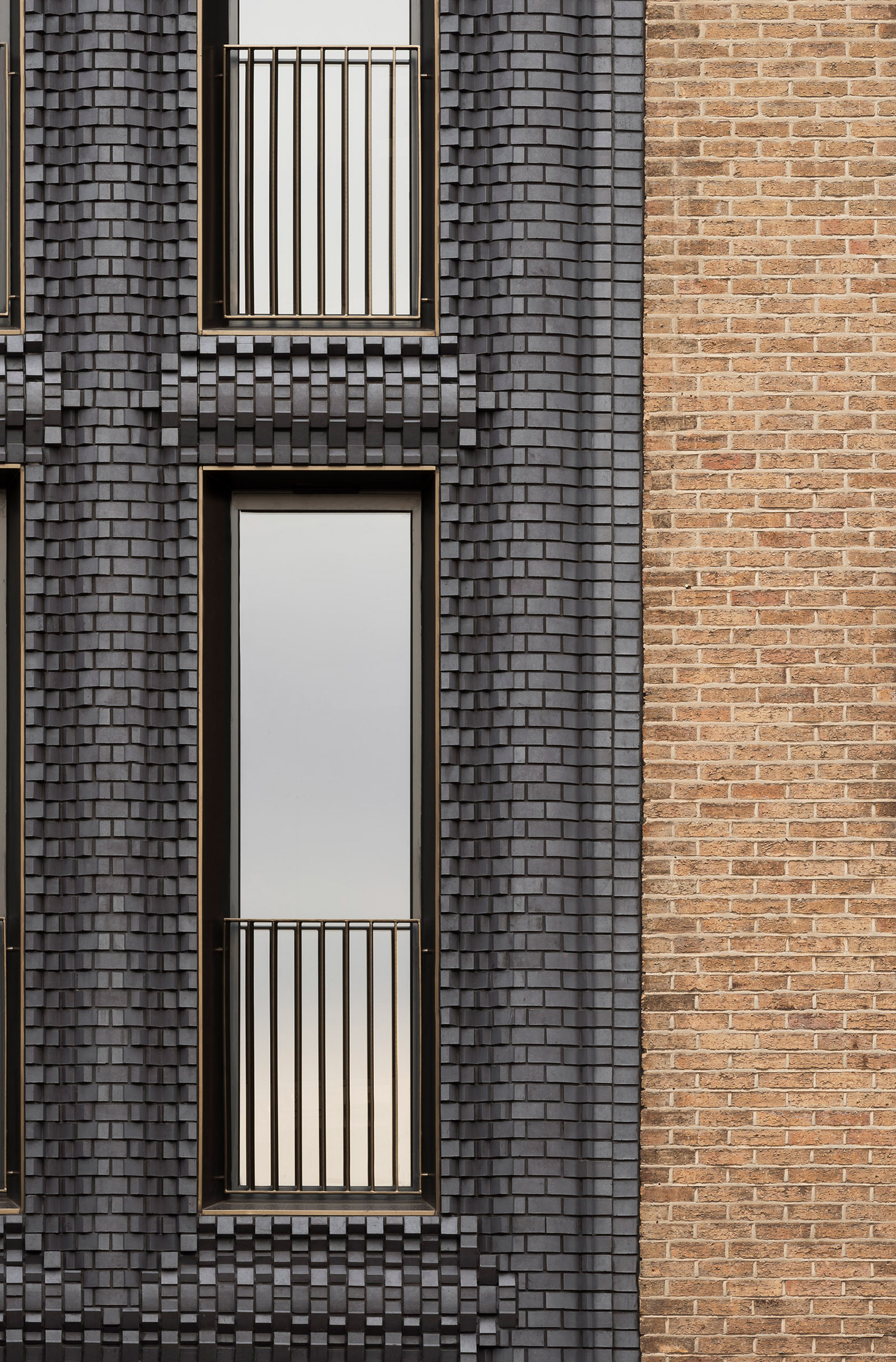 They floors decrease in size with each storey, creating a staggered layout at the rear of the building.

This enabled Bureau de Change to incorporate deep light wells and skylights throughout the building to flood the interiors with light. 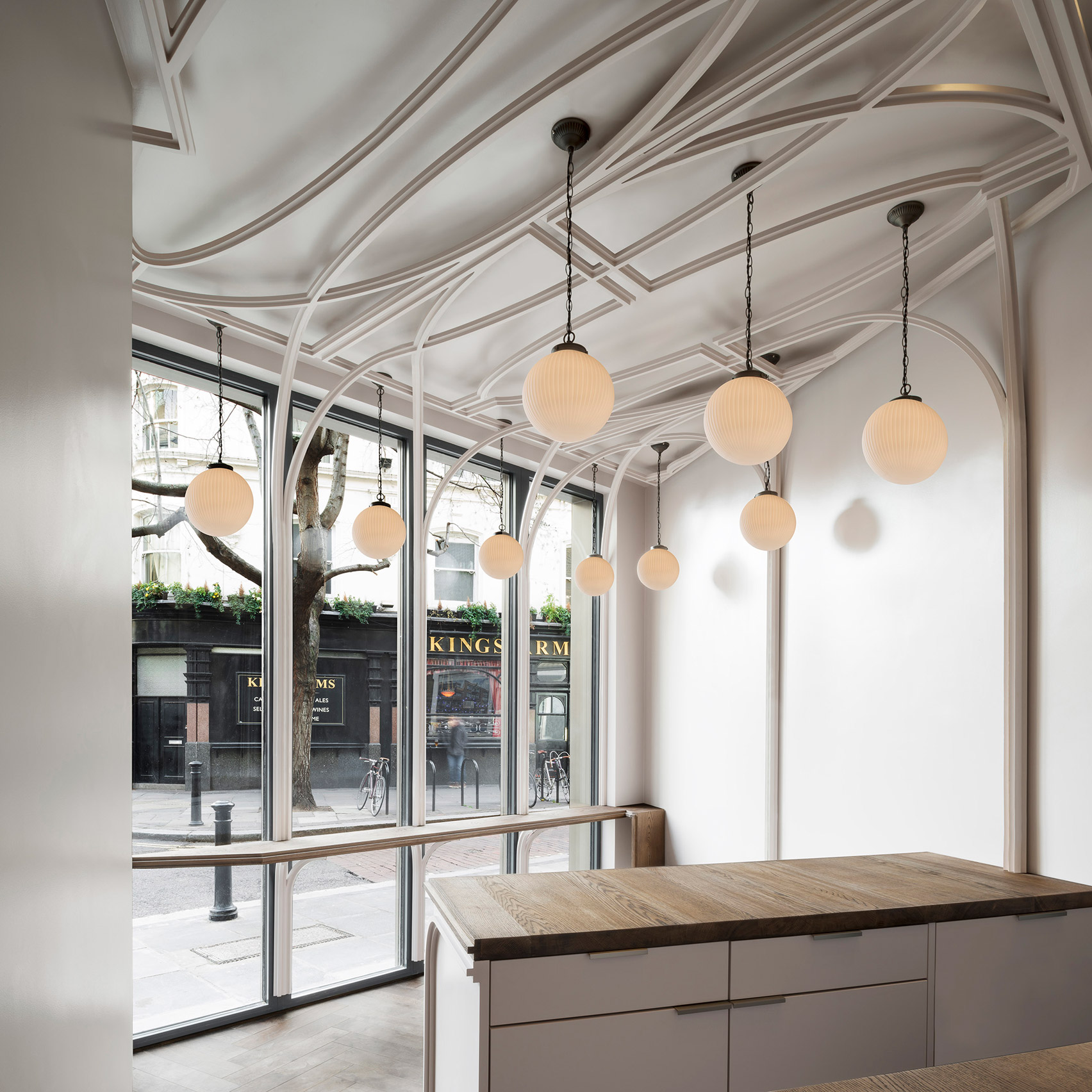 In the residential units, the interior design is kept minimal with an “elemental palette” of terrazzo bathrooms, natural stone worktops, sprayed-timber kitchens and oak floors.

Similarly, the ground floor cafe is complete with whitewashed walls and oak flooring and countertops that act as a counterpoint to the stark facade. 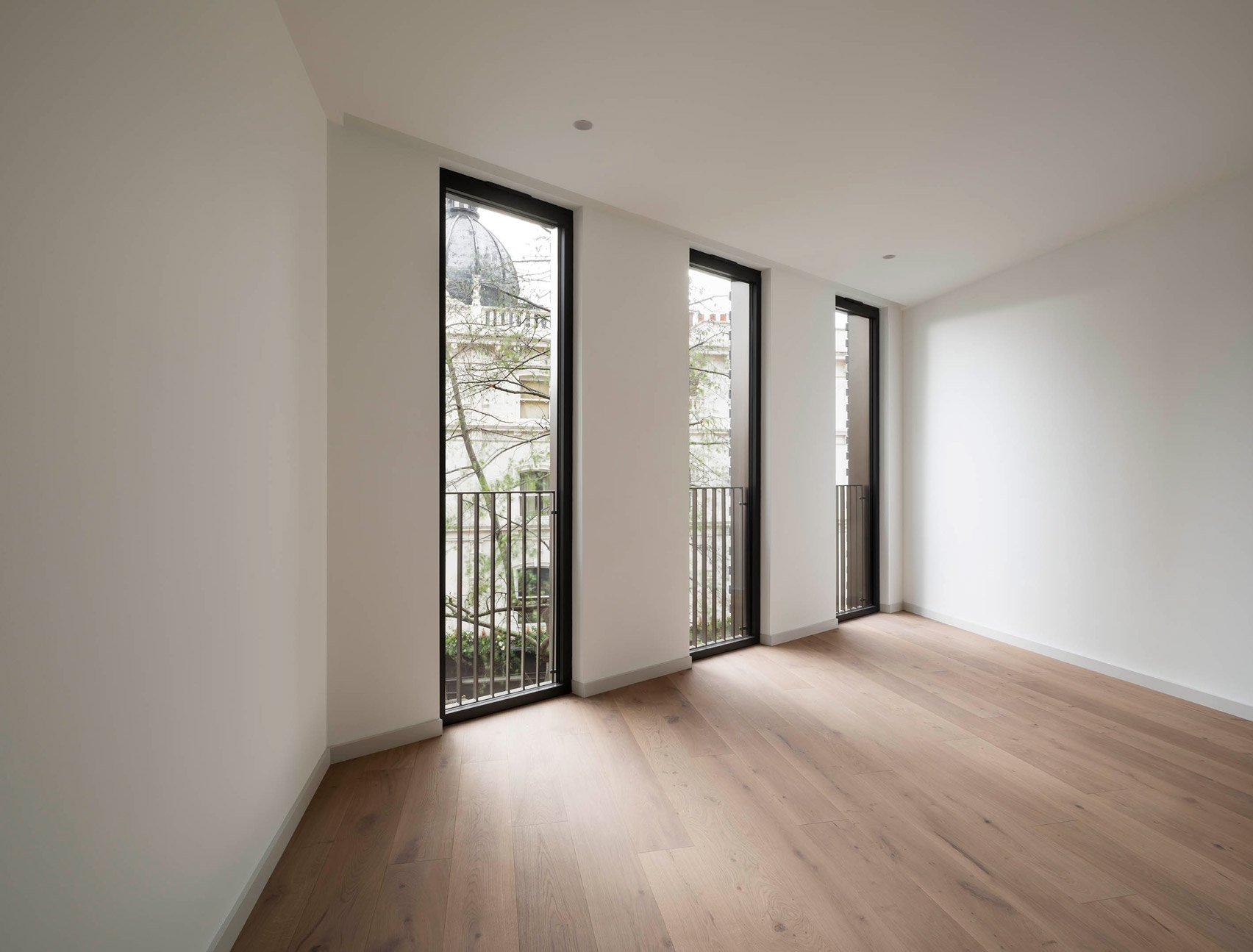 It is fronted by a glazed wall with mullions that extrude out to the ceiling like “ribbons”, acting as a contemporary interpretation of ornamental plasterwork.

The Interlock is the latest in a series of projects completed by Bureau de Change in its home city of London.

Alongside Made.com’s Soho showroom, it designed a concrete house extension in Clapham that has rooftop planters and a lounge that opens out to the garden.