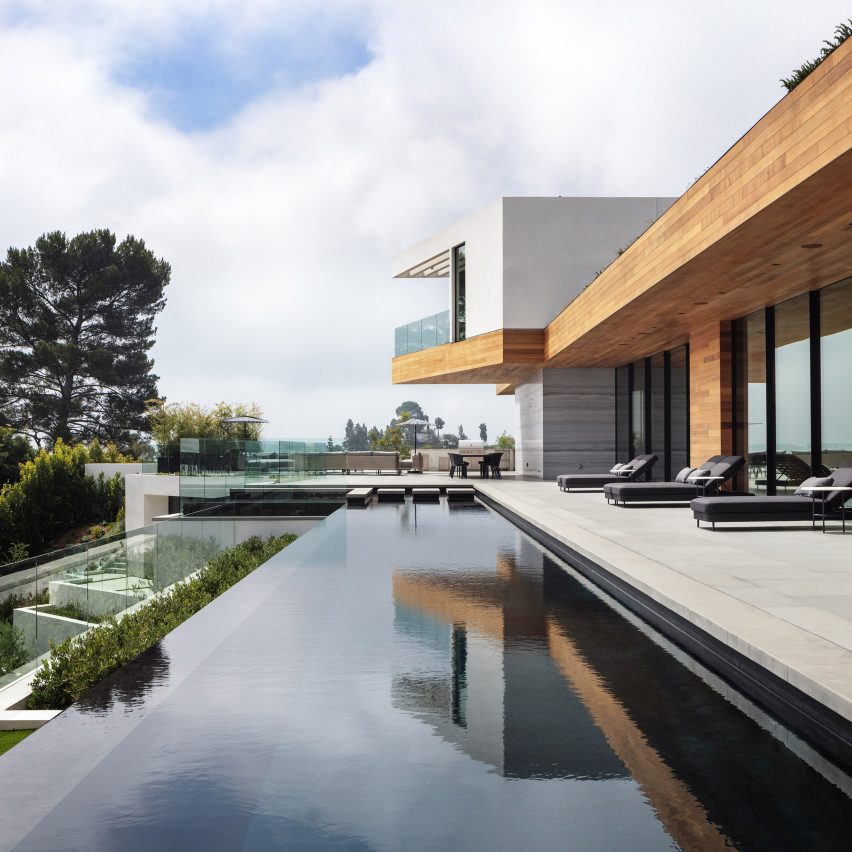 Rotated wings connected by a central volume make up this hilltop mansion by Los Angeles studio Walker Workshop, which features a cinema, an infinity pool and a spacious “party deck”. 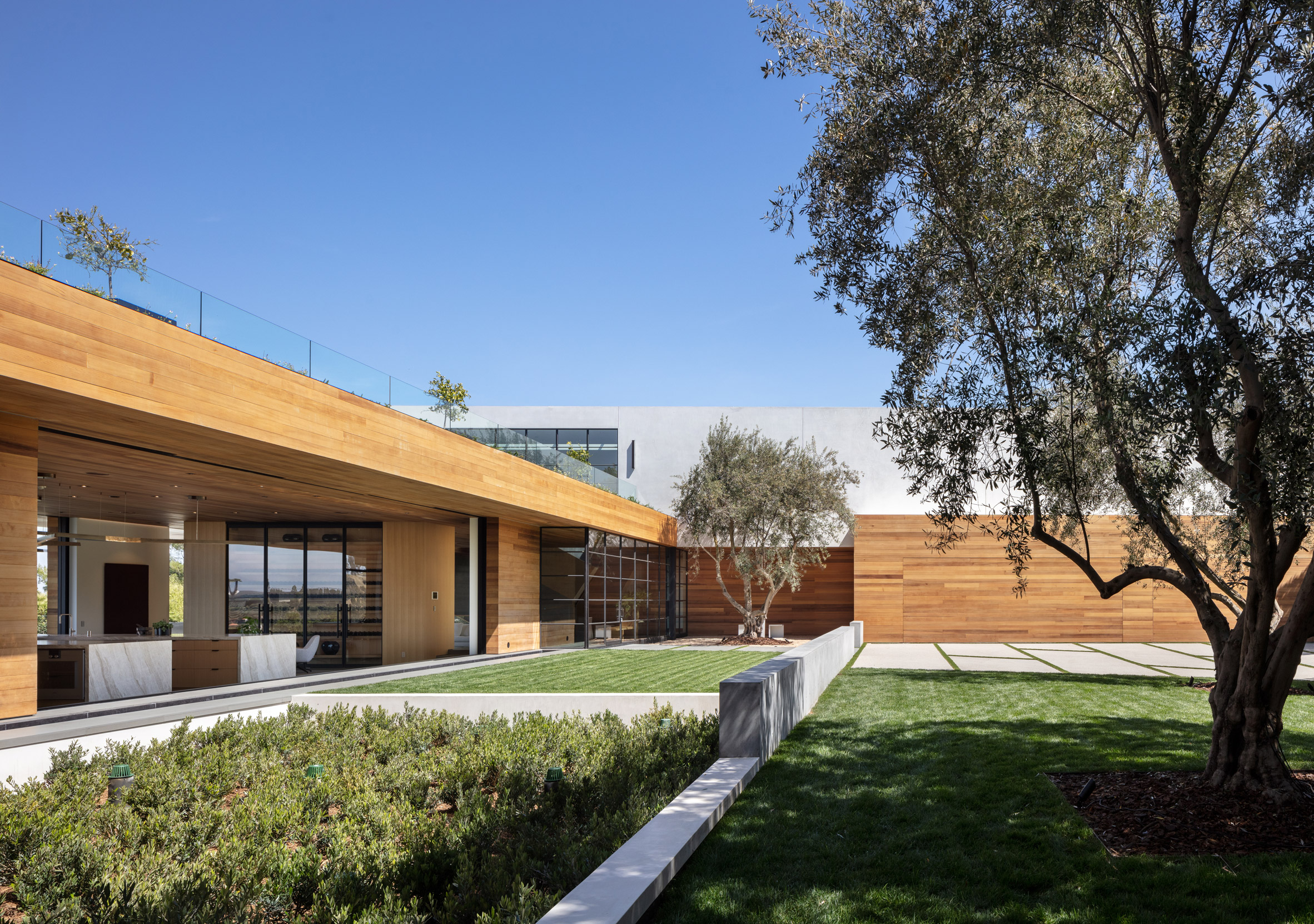 The iconic Hollywood sign is visible from the home, which is located in the coveted Trousdale Estates neighbourhood, where celebrities such as Elvis Presley and Jennifer Aniston have lived. 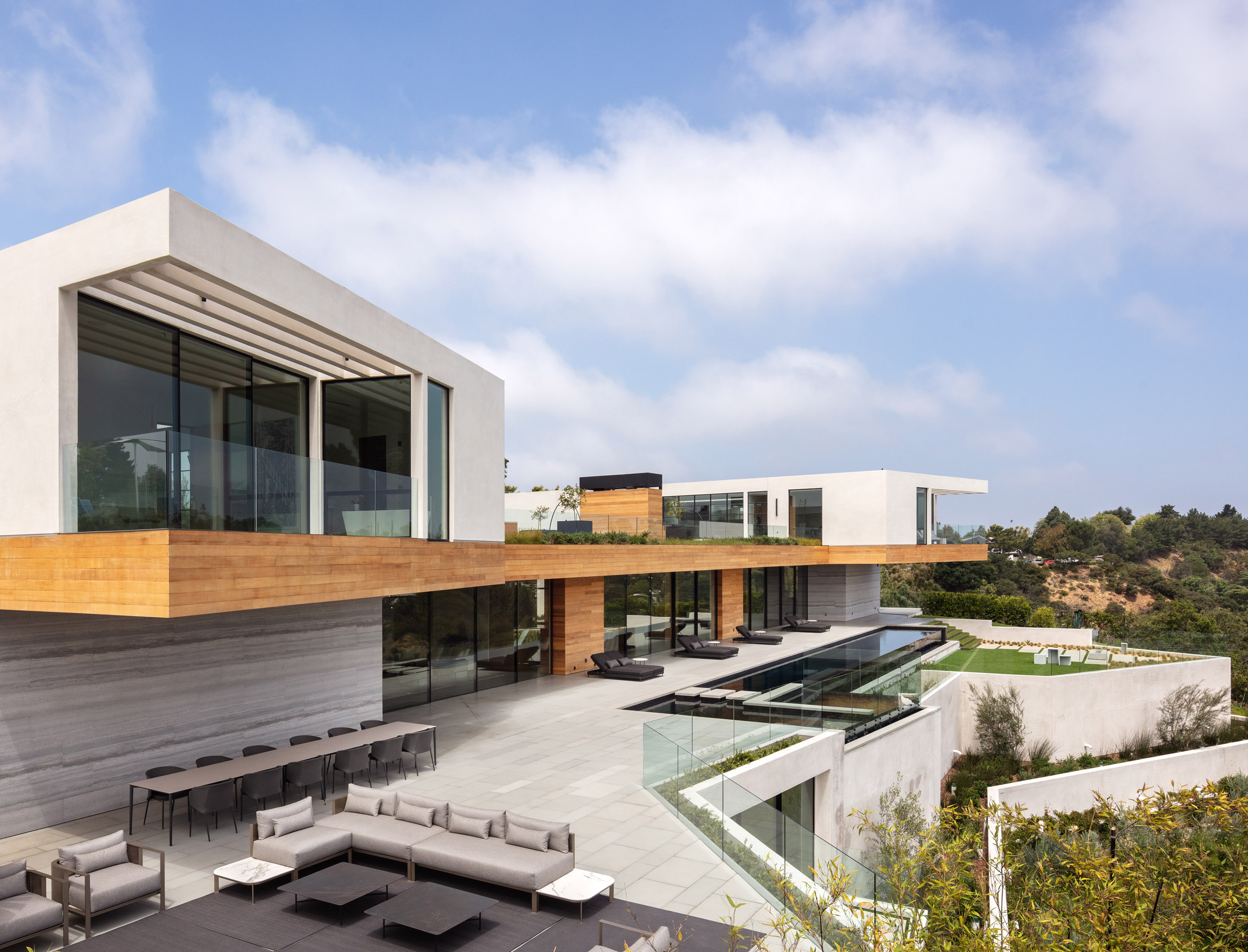 The house was built by developer Viewpoint Collection and was designed by Walker Workshop , a local studio led by architect Noah Walker. It was constructed on a gently sloping, 1.2-acre (half-hectare) property.

Encompassing 20,000 square feet (1,858 square metres), the sprawling abode contains seven bedrooms and nine bathrooms, along with luxury amenities such as a theatre and fitness studio. The home was listed earlier this year for $46 million (£37.6 million). 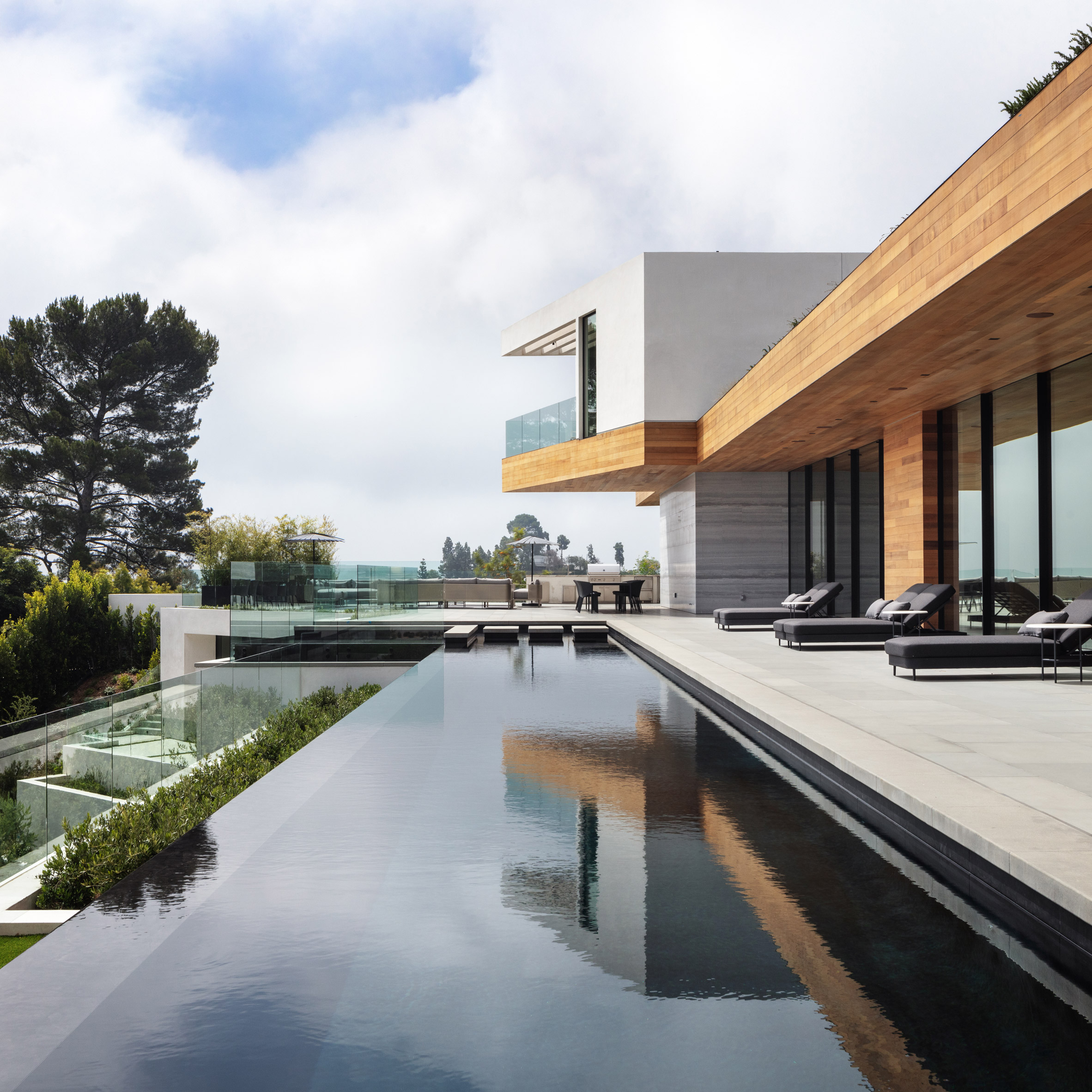 Rather than creating a single, hulking mass, the architect broke up the house into two wings that are slightly rotated to ensure optimal vistas. The wings are connected by a low-lying central volume with ample glazing.

“This makes the home feel both diminutive on approach and as open as possible to the dramatic views,” the studio said in a description. 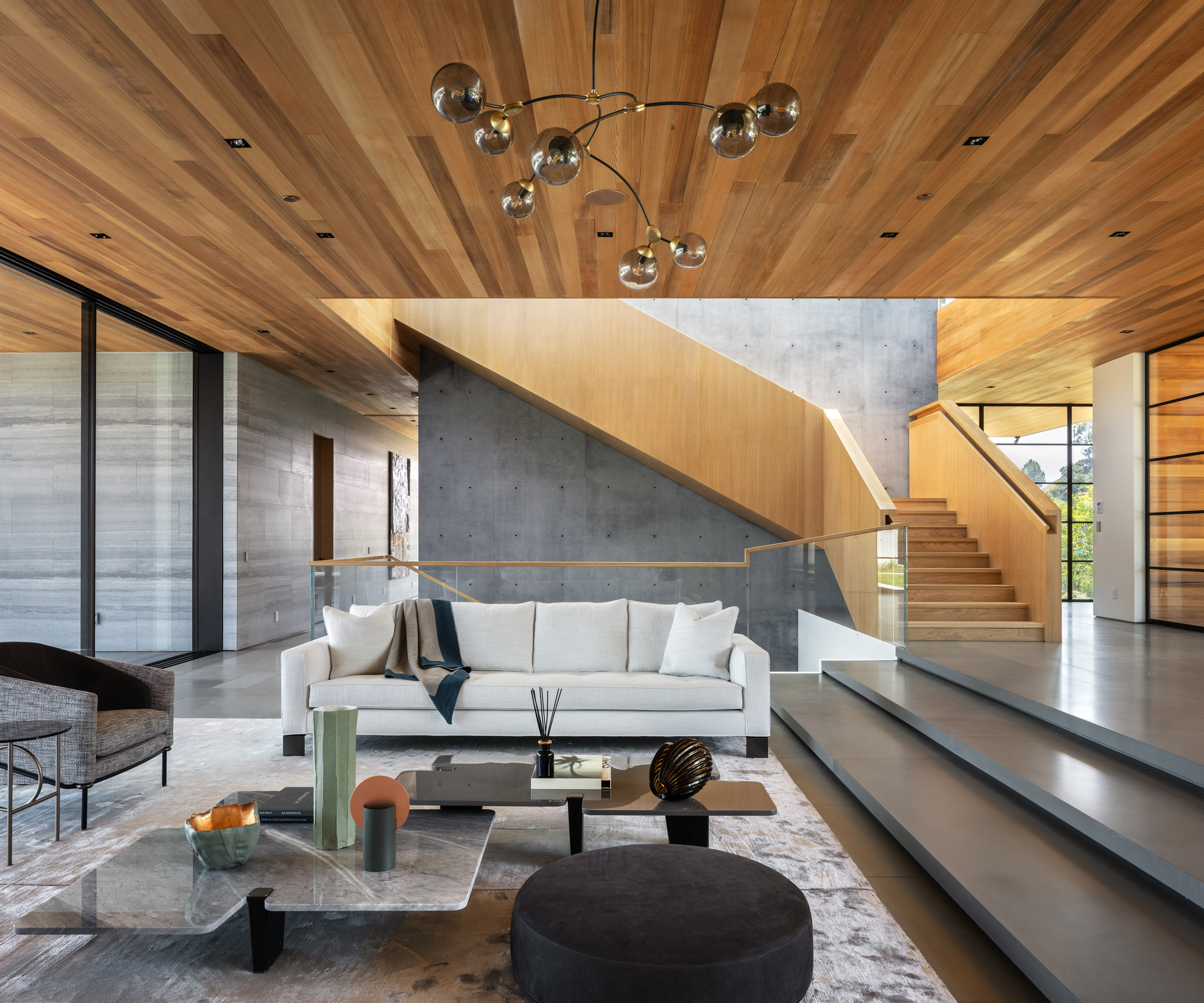 A mix of materials were used for the facades, including western red cedar, concrete and white stucco. Large stretches of glass usher in natural light while enabling the homeowners to take in the scenery.

The front of the home has a long pool that “bounces light into the middle space in the afternoon”. The rear yard features a patchwork of patios and gardens, along with an infinity-edge lap pool that stretches 84 feet (26 metres). 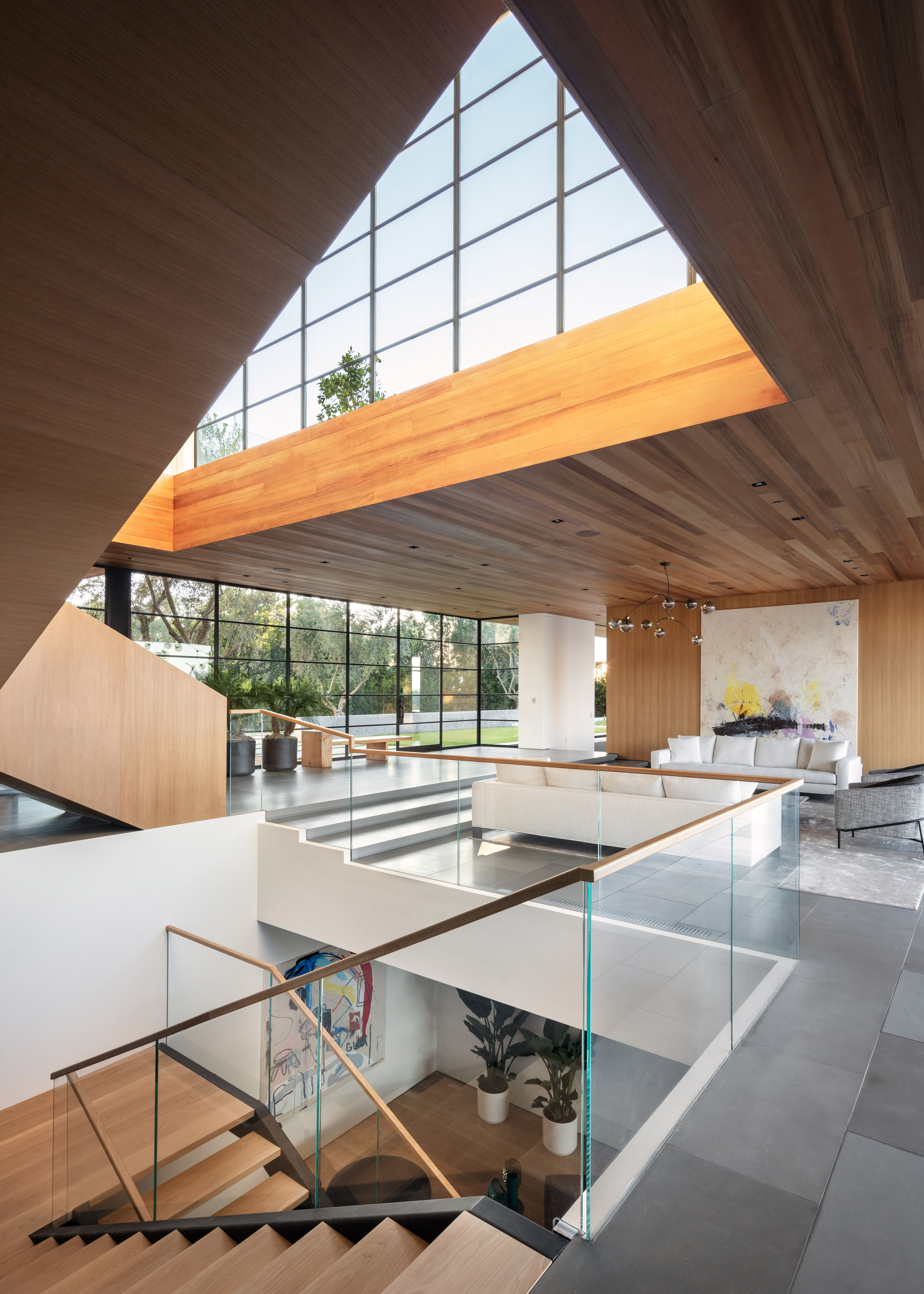 The living room, kitchen and dining area occupy the centre of the dwelling, where numerous apertures dissolve the boundary between inside and out.

“We utilised pocketing and motorised sliding doors throughout this middle section to create a dramatic sense of openness from the front yard to the back,” the studio said.

Finishes in the public zone and elsewhere include grey tile flooring, white walls and ceilings wrapped in honey-toned cedar. In the kitchen, the team incorporated marble islands, white oak cabinetry and high-end appliances. 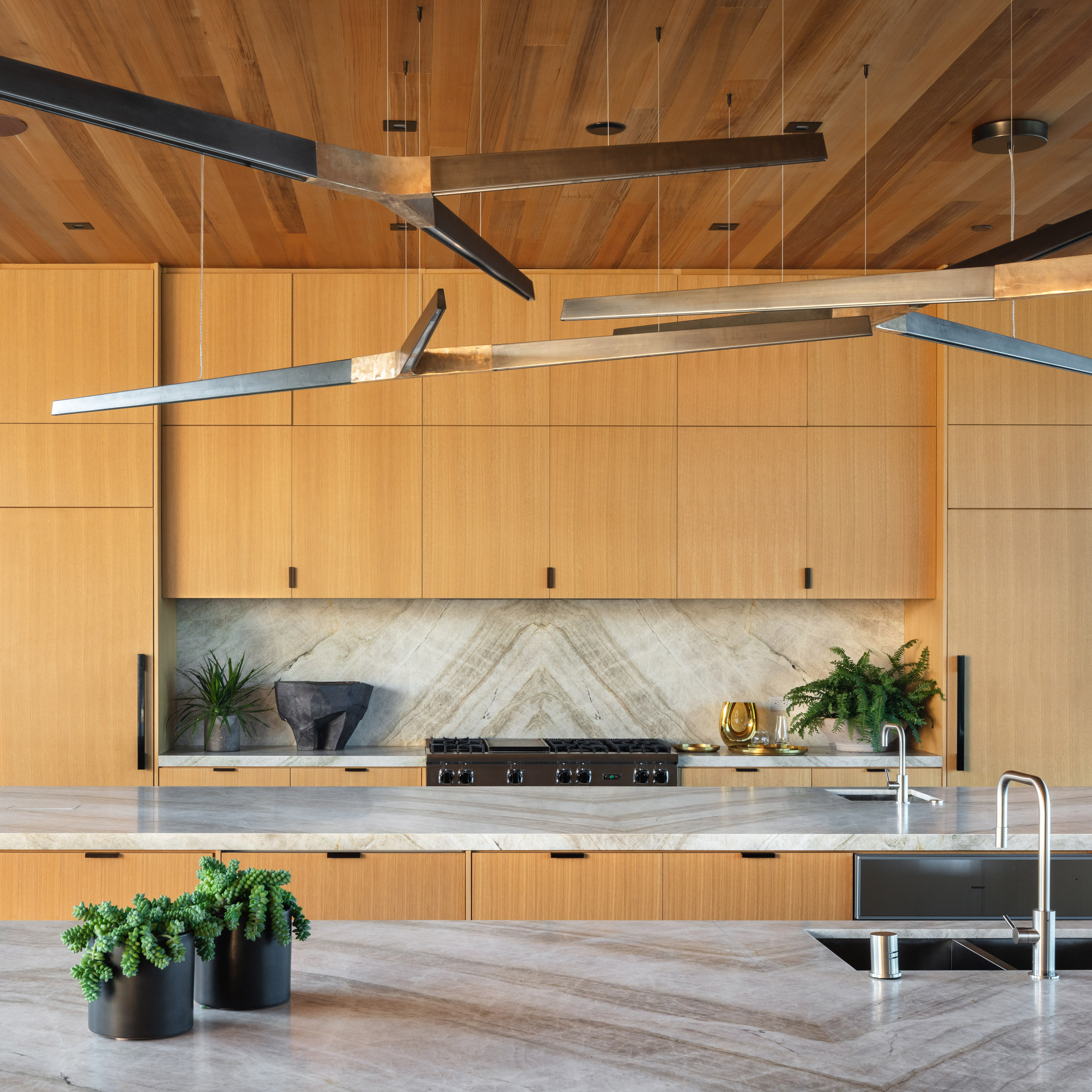 The bedrooms, located in the wings, are accessed via wooden staircases bordered by concrete walls. Natural light streams in through large windows. 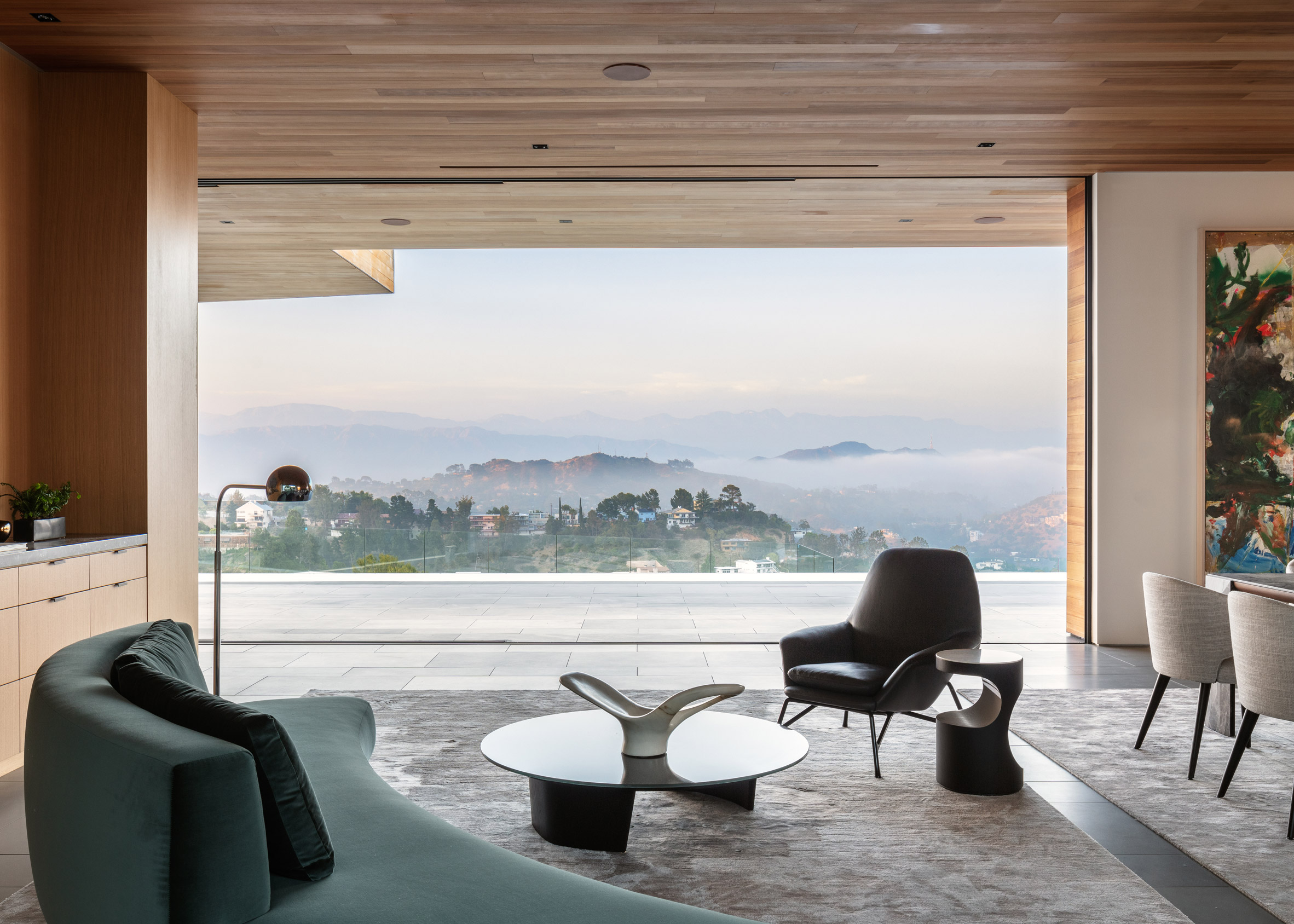 The private areas have sleek bathrooms, spacious closets and generous balconies – several of which cantilever over the site.

Atop the central volume is a “party deck” measuring 2,000 square feet (186 square metres). In addition to being a spectacular spot for entertaining, the deck acts as a bridge that connects the two wings. 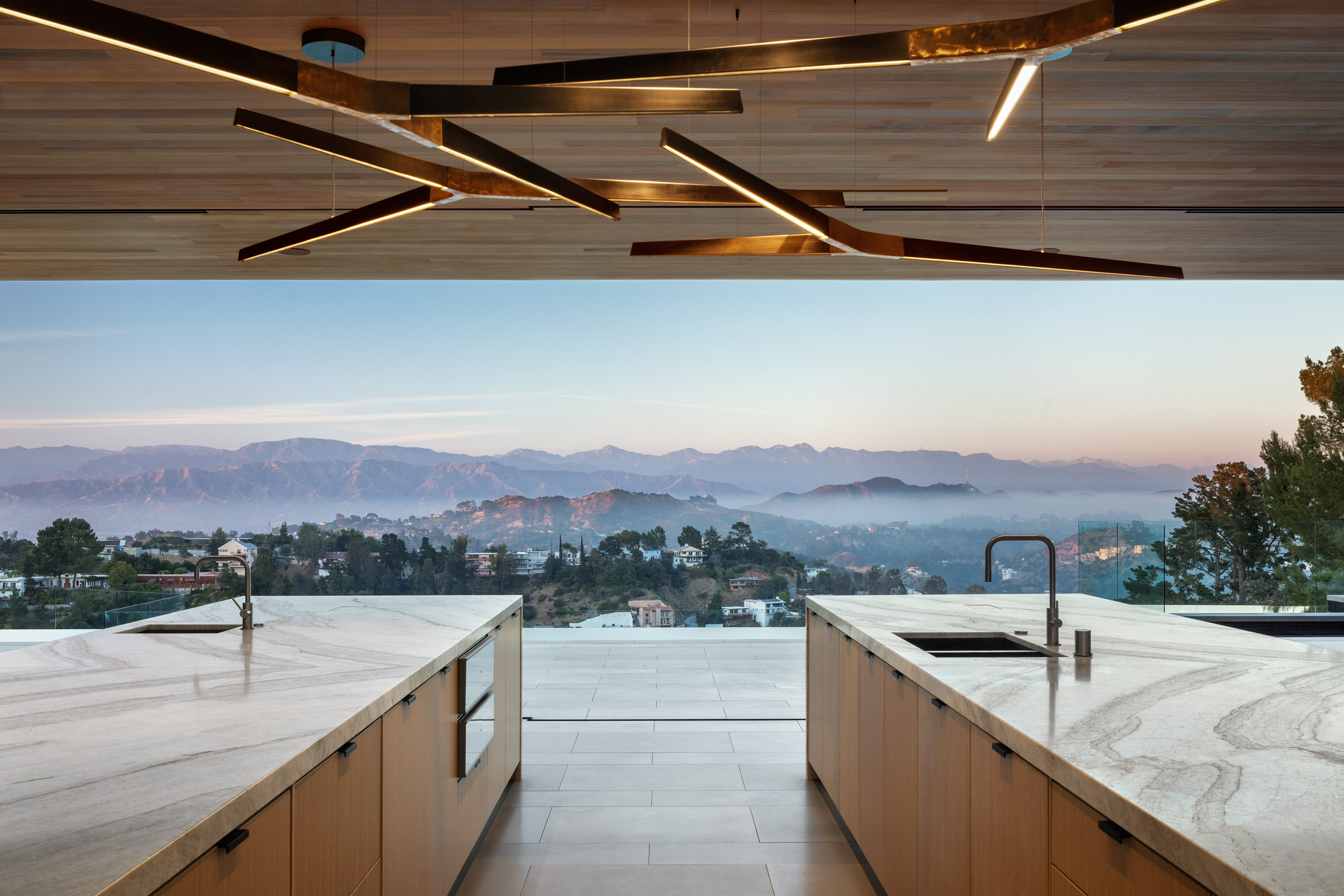 Established in 2010, Walker Workshop has a growing portfolio of high-end homes in California and beyond. Others include the Oak Pass House  – a home for a concert violinist that features underground rooms and a rooftop pool.

Photography is by Mike Kelley .