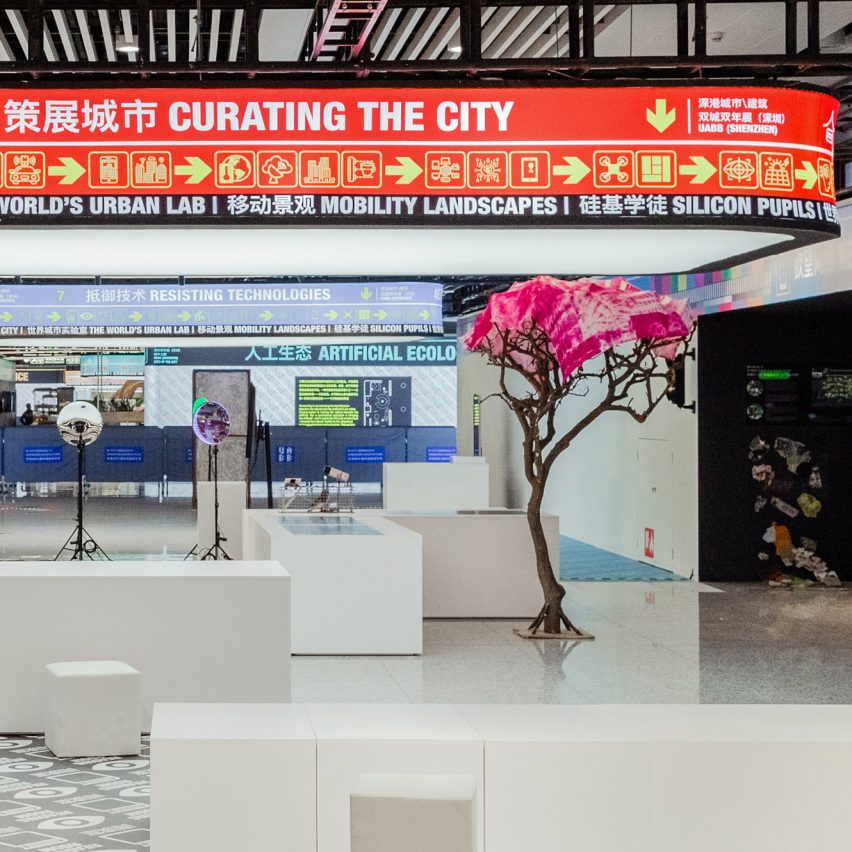 Architect and MIT professor Carlo Ratti stokes the surveillance debate with his biennale exhibition , which is set in a working train station in China and actively uses facial-recognition technology.

A part of the the Bi-City Biennale of UrbanismArchitecture in Shenzhen, The Eyes of the City exhibition is now open at Futian station.

It features works by over 60 international contributors, including MVRDV , Thomas Heatherwick and Liam Young . All respond to the question of how digital technologies are impacting urban life — especially sensors that give a city the ability to “see”. 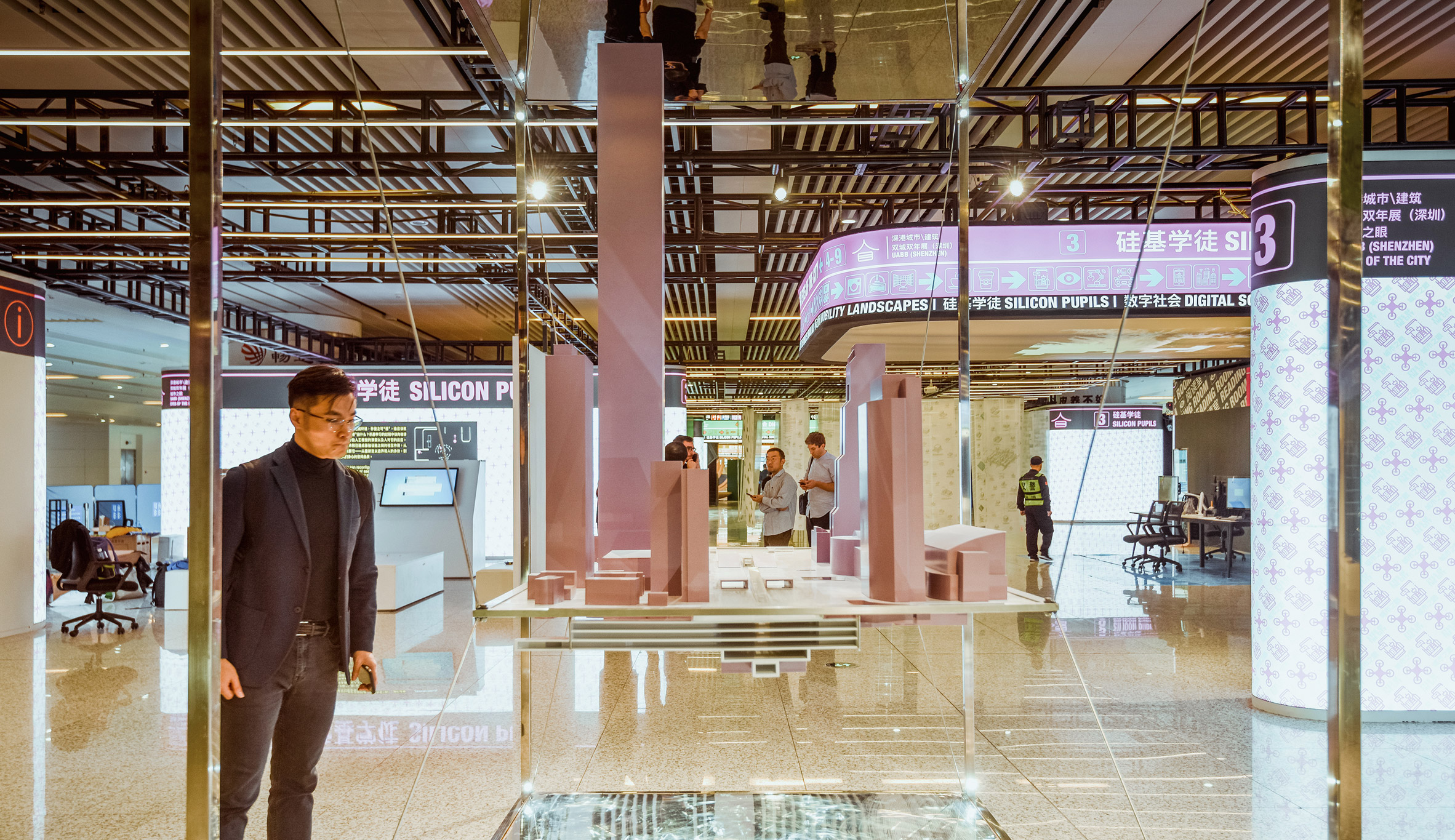 Ratti is an expert on the topic of smart cities and head of MIT’s Senseable City Lab . He advocates for more transparency and public awareness about how governments and companies use people’s data.

As the exhibition’s chief curator, Ratti set out to provoke debate by employing facial-recognition technology and artificial intelligence to track visitors.

But in contrast to how the public might currently encounter those technologies in today’s public spaces, The Eyes of the City educates its visitors about what is happening and secures their explicit consent.

Throughout the venue, cameras are highlighted rather than hidden. There are two information points, designed by Dutch architects MVRDV and located at opposite ends of the venue, that scan visitors’ faces for the purpose of recognition.

The participants then choose whether they are happy to be tracked or whether they would like to retain their anonymity, which they can do by wearing a special mark on their face — a signal to both other visitors and the cameras.

“It is vital that we have the ability to opt-out, not only online, but also in the space of the digitally augmented city,” said Ratti. “At a time when urban technology and facial recognition are prompting polarisation and conflict — from Hong Kong to San Francisco — our exhibition wants to provide a critical reflection.” 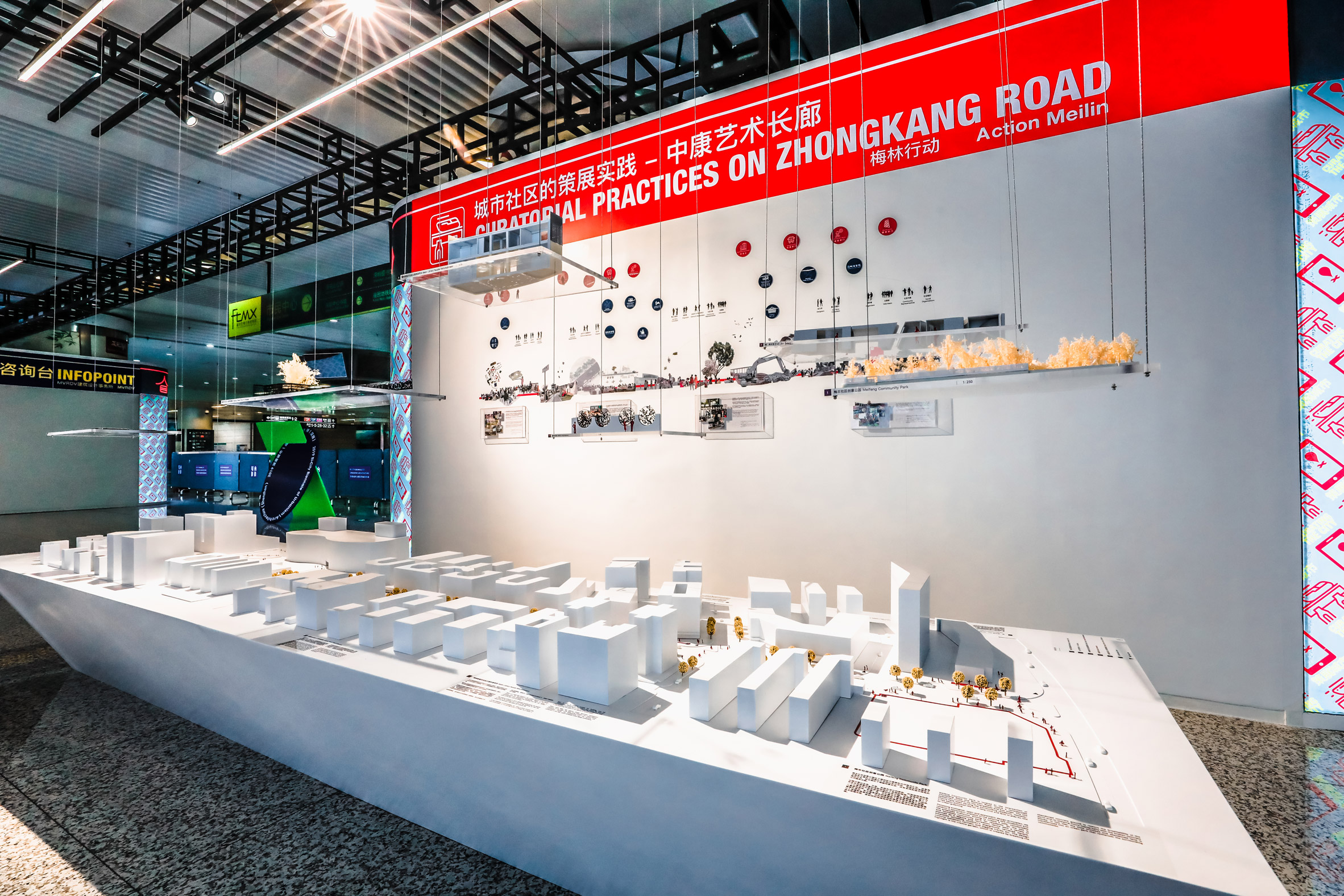 While Ratti positions the topic as one of global relevance, the exhibition seems particularly pertinent to China, where the government has built a comprehensive surveillance system that combines people’s digital and real-world lives and will use it to assign them a social credit score.

In an interview with Dezeen earlier this year , Ratti said it was important to engage with and learn from China’s experience with technology and the urban environment. 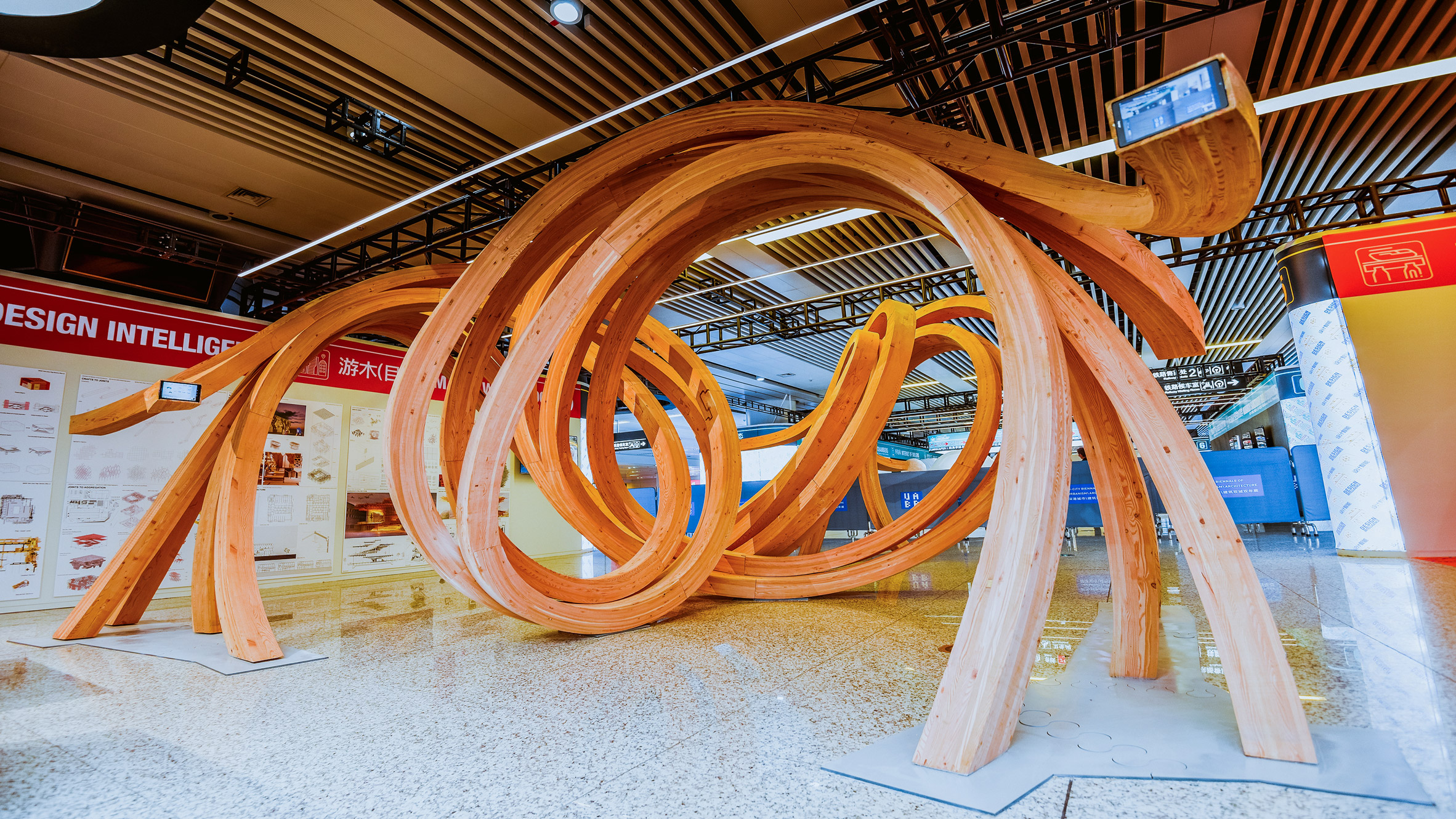 The specific venue choice of a train station is significant too. As Ratti sees it, railway stations are one of the public spaces that are likely to experience the “strongest shift” with the uptake of digital technology.

“For a long time, stations have been places where one could experience urban anonymity at its highest form,” said Ratti. “Already today, they are becoming examples of a built environment that is able to recognise and respond to us in real time.”

“In stations as well as in airports, we can already observe what an Eyes of the City scenario might look like and start a critical reflection about it.”

Futian is an underground high-speed railway station that connects mainland China and Hong Kong. There are no clear boundaries between the exhibition space and the rest of the station.

Another unusual feature of the exhibition design is that it is based on open-source principles and produced entirely on-site with no international shipping, in an effort to lower the event’s carbon footprint.

The exhibitors produced blueprints and instructions for how to develop the installations and shared them digitally with the curatorial team and Shenzhen-based suppliers.

Eventually, all the blueprints will be made available online so that anyone can potentially recreate the biennale in their own city.

Many of the exhibitors in The Eyes of the City are architects and urban planners, but others are economists and philosophers. 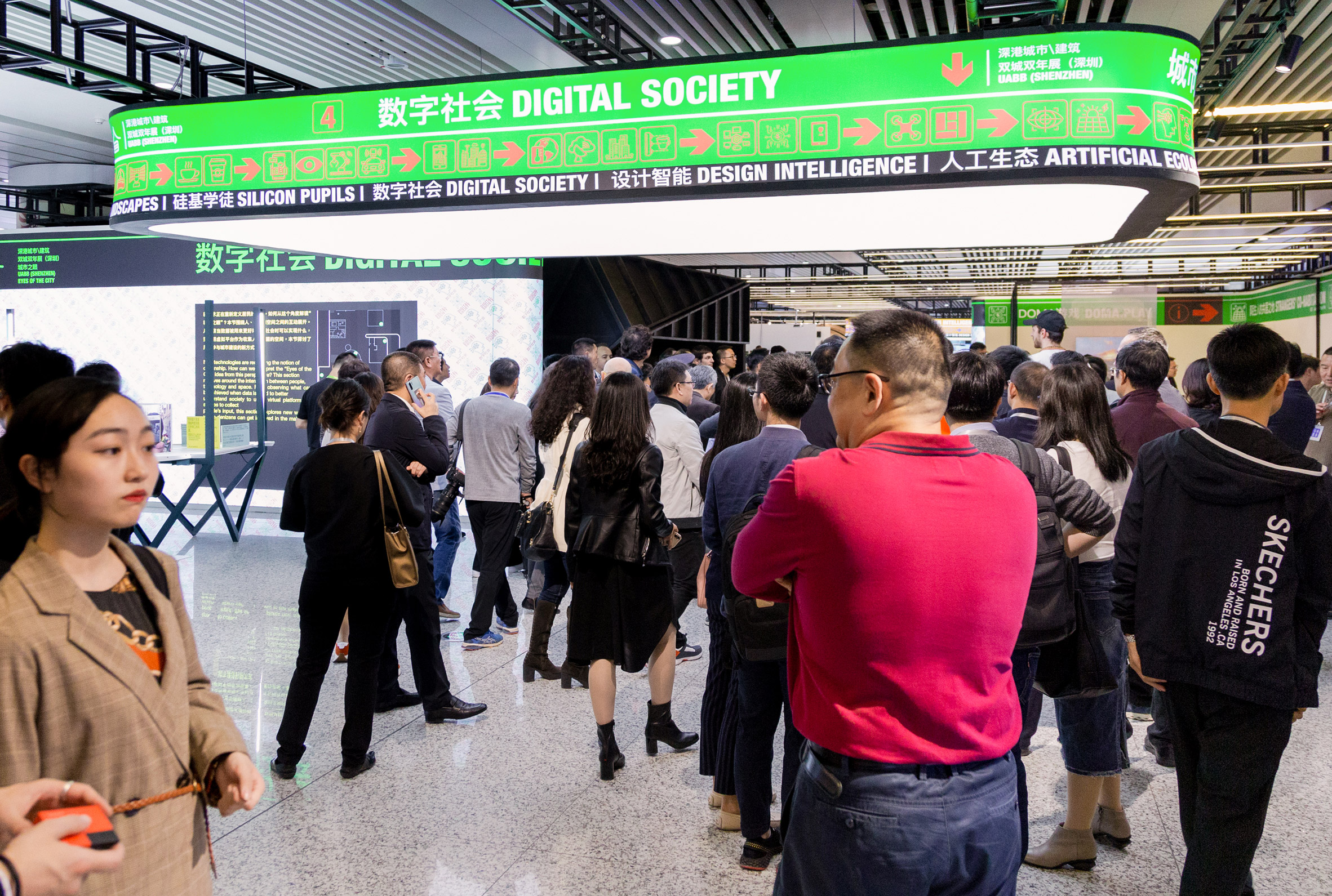 Ratti was assisted in curating the exhibition by the Polytechnic University of Turin, in particular professor Michele Bonino, and the South China University of Technology.

Bonino said he was grateful to biennale organisers for allowing them to explore the themes of the exhibition “with honesty and transparency at such a critical moment”. 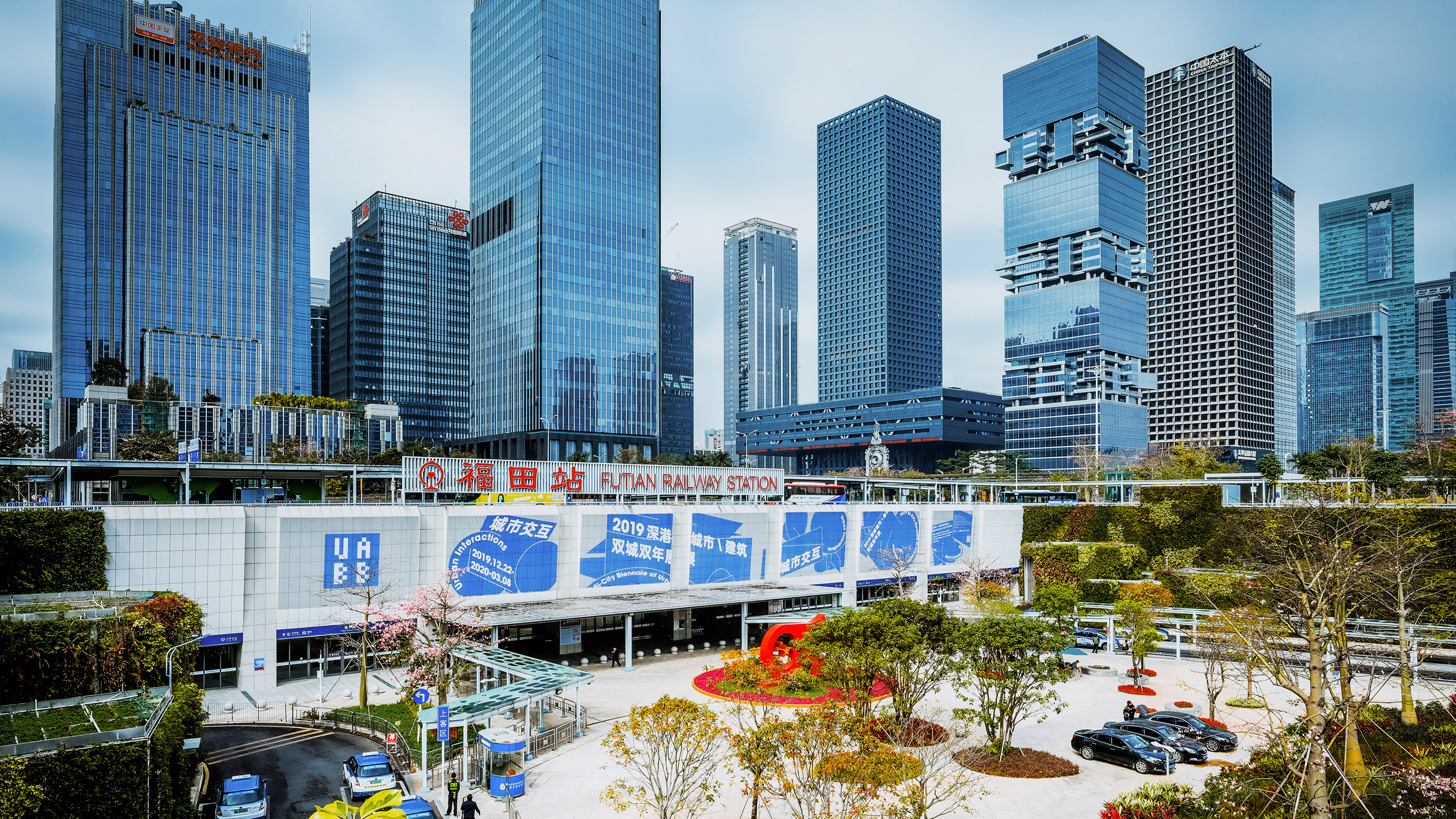 This is the eighth edition of the Bi-City Biennale of UrbanismArchitecture, which is held concurrently in Shenzhen and neighbouring Hong Kong. It is the world’s most visited architecture event.

The Eyes of the City is one of the two main sections in the biennale. The other is called Ascending Cities and is curated by the Chinese academic Meng Jianmin and the Italian art critic Fabio Cavallucci.

The biennale continues until 8 March 2020.

The post Carlo Ratti’s Eyes of the City exhibition in Shenzhen tracks visitors with facial-recognition tech appeared first on Dezeen .