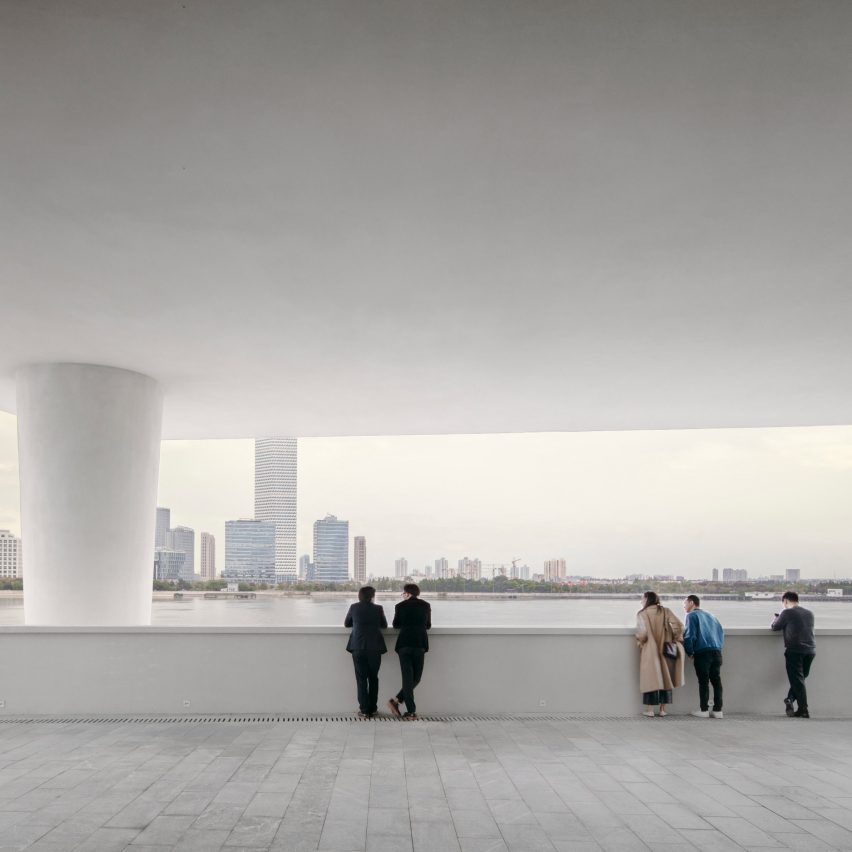 The art museum was designed David Chipperfield Architects as a key part of Shanghai’s West Bund masterplan that is transforming a former industrial site on the Huangpu River into a 940 hectare cultural district.

It takes the form of three volumes arranged like a pinwheel and contains the Centre Pompidou x West Bund Museum Project “as part of a cultural collaboration between France and China”. The collaboration will see items from the French museum displayed in the Chinese gallery for the next five years. 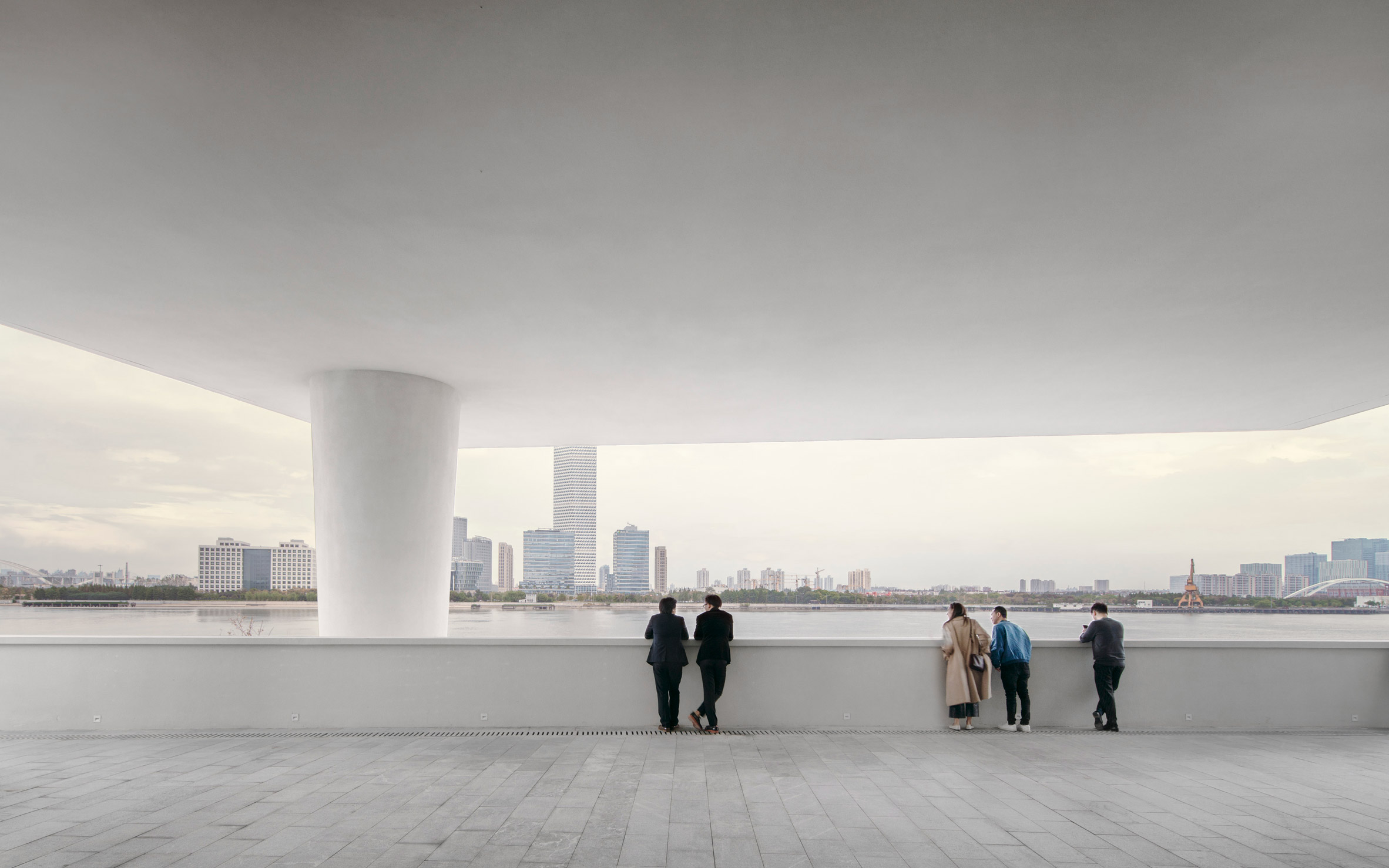 The West Bund Museum, which open to the public this month, is wrapped by a public boulevard with steps on one side that cascade down to the river.

This boulevard is designed to provide improved access to both the river and a new riverside park to ensure the museum becomes an accessible public space for anyone to use. 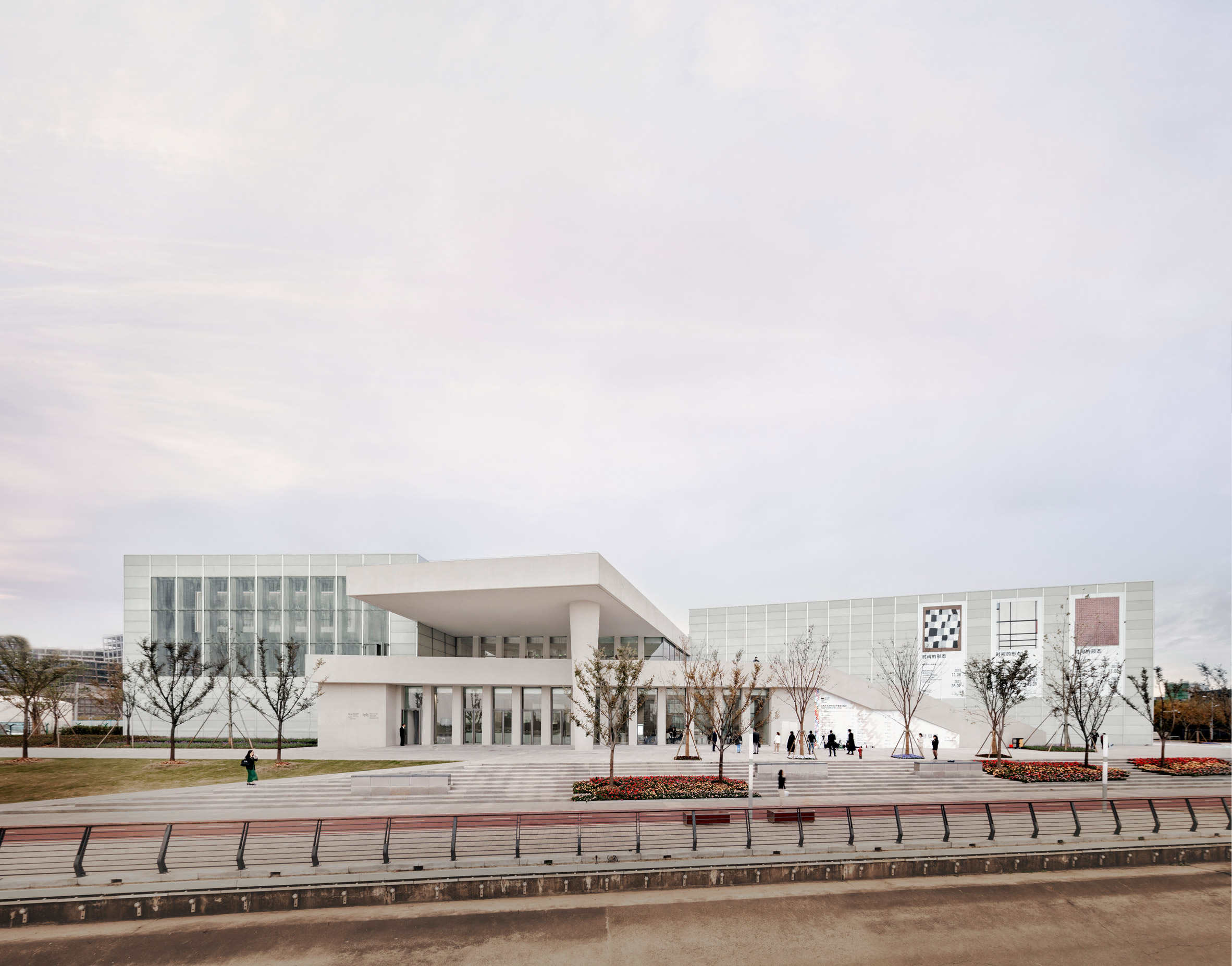 “The design of the West Bund Museum responds to the openness of the site as well as the surrounding development of a new cultural corridor along West Bund,” explained Chipperfield.

“The wilful act of twisting the three main exhibition halls breaks the conventional geometry and creates powerful interstitial public spaces. A wide esplanade opens onto the waterside promenade, offering an outdoor space for use by everyone.” 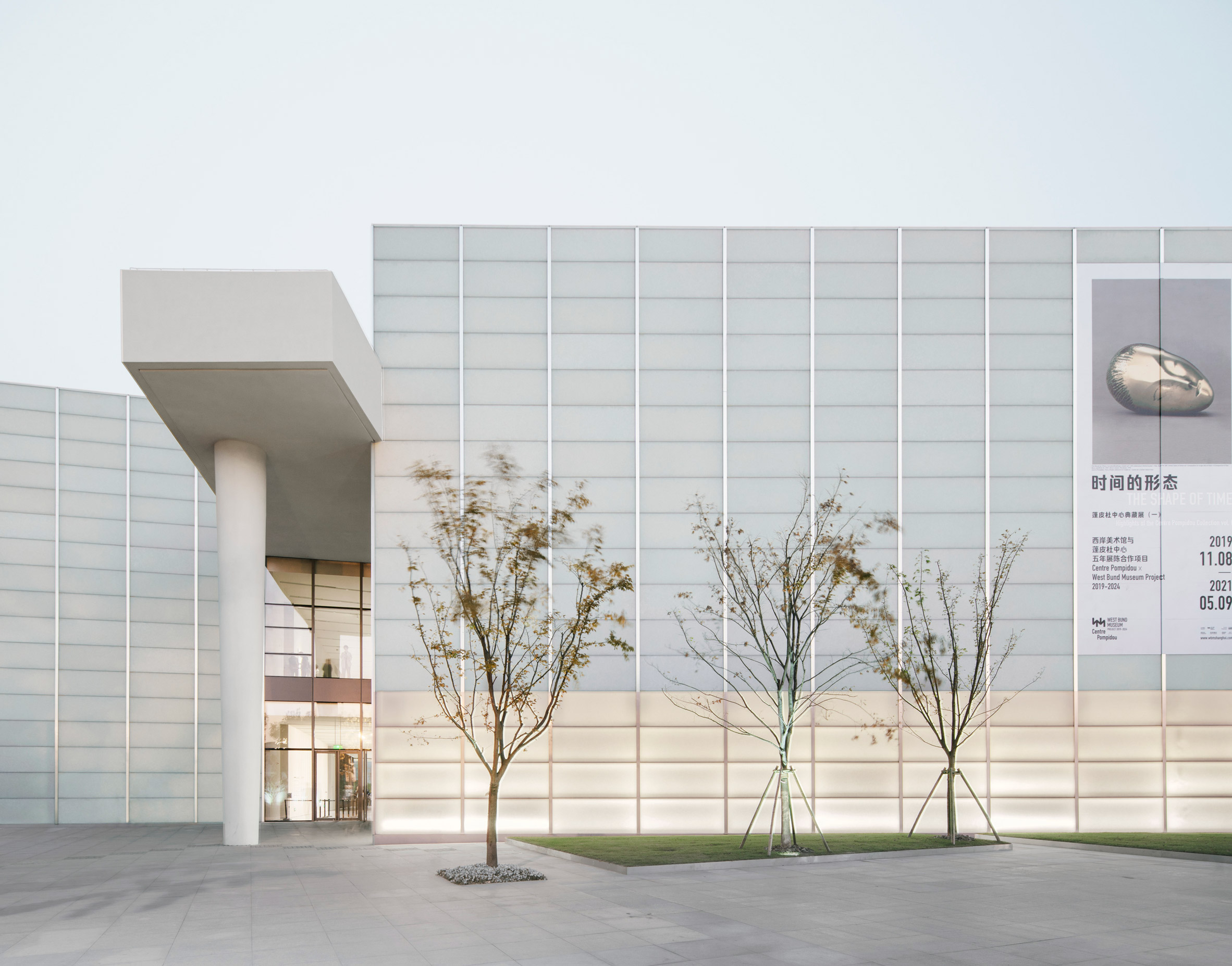 First revealed in 2013, David Chipperfield Architects’ design comprises three main volumes that each measure 17 metres in height, and contain two storeys above and and below ground.

Each volume is clad with translucent, recycled glass that provides the museum with an “iridescent” aesthetic. This is disrupted only where large windows puncture the facade to frame views of the city. 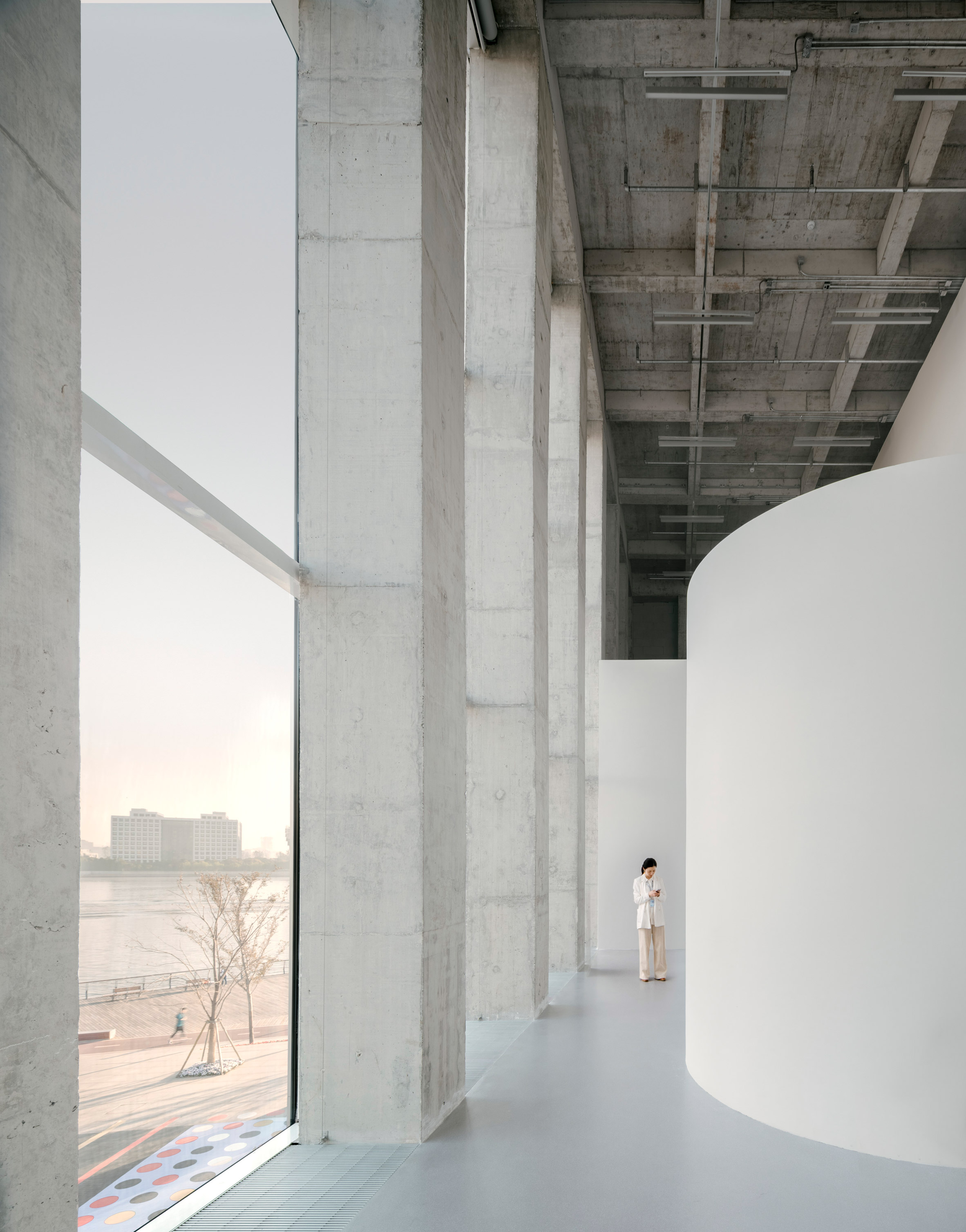 The three volumes fan out from a two-storey lobby with a soaring double-height atrium at the museum’s centre, which is designed so that each one to operate independently.

This lobby doubles as the museum’s entrance hall and contains a bookshop and cafe. It is accessed from both the west and east side of the site and is marked with roofs that projects out beyond the building and sit on giant tapering columns. 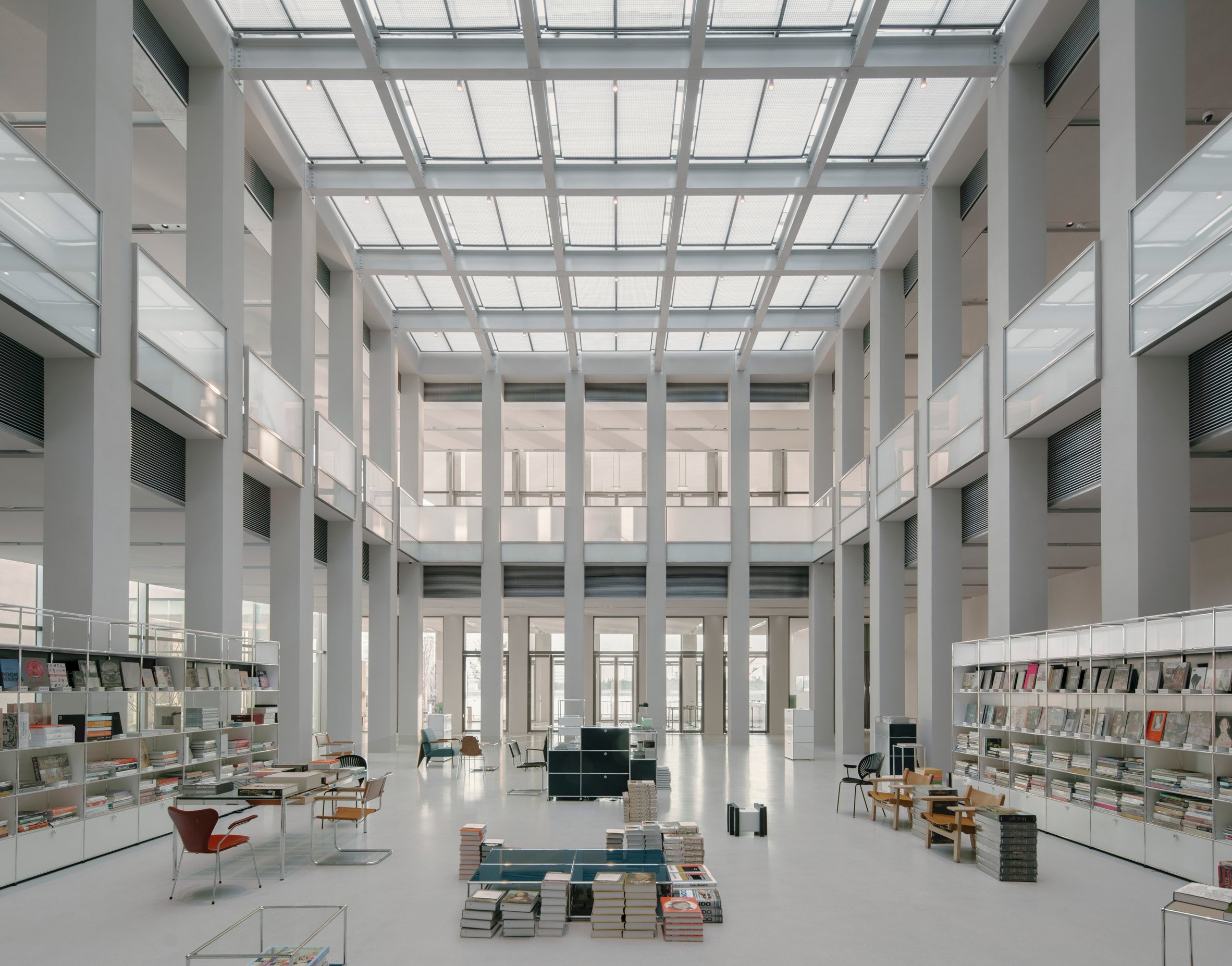 “The ground floor is designed as a public thoroughfare – with a river-side cafe and bookstore – allowing visitors to connect between the urban life of the street and the views of the Huangpu River,” explained Libin Chen, partner at David Chipperfield Architects.

“The public facilities all contribute to the idea that modern museums are more than just a destination for viewing art.” 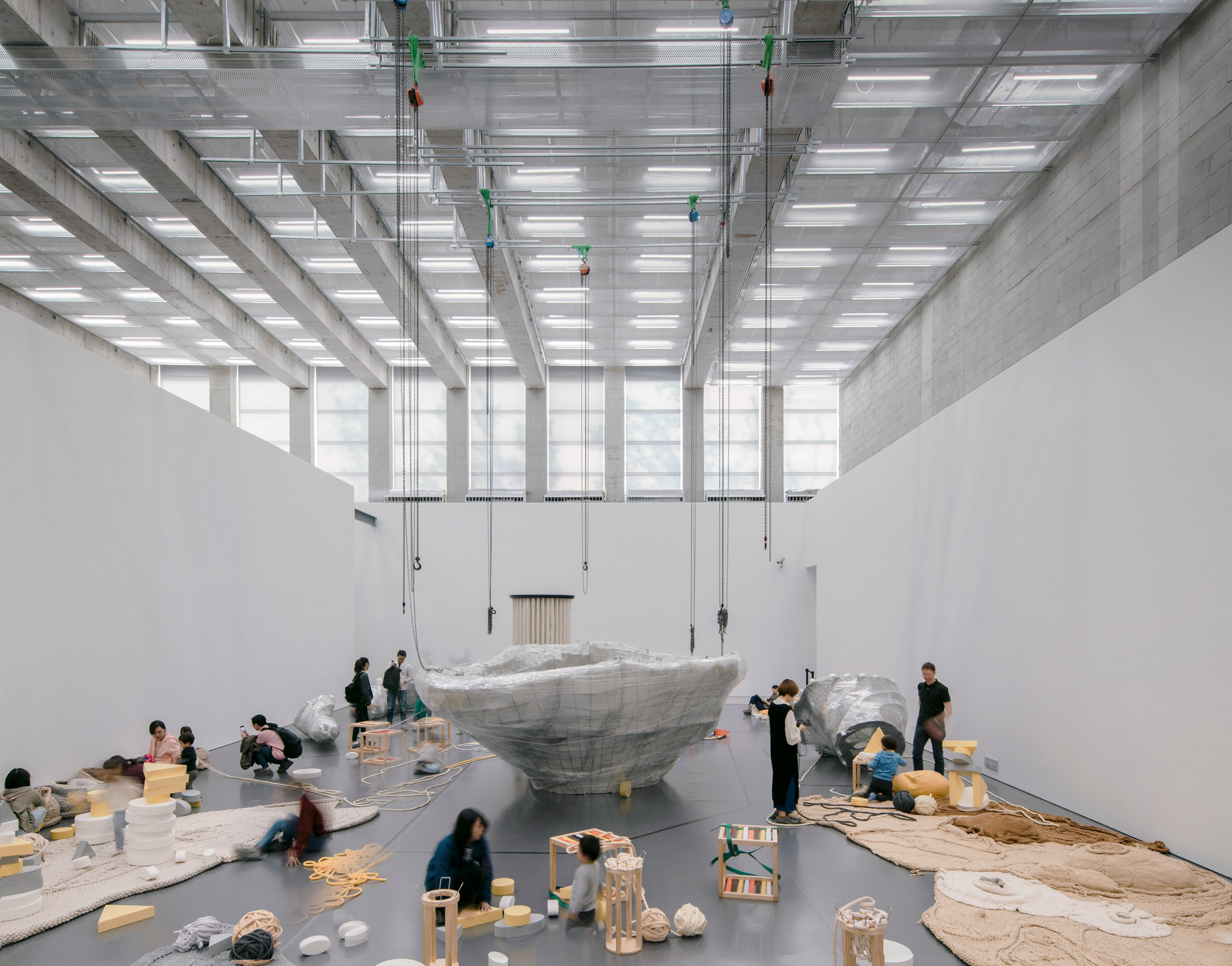 Inside, the museum’s art galleries occupy the building’s upper levels, while the lower storeys of the museum contain a multipurpose hall, an art studio and education spaces. These are partially sunken and lit by clerestory windows.

The West Bund Museum is complete with a cafe that aligns with the river’s edge to maximise river views, and is topped by rooftop terrace that sits in line with the upper entrance. 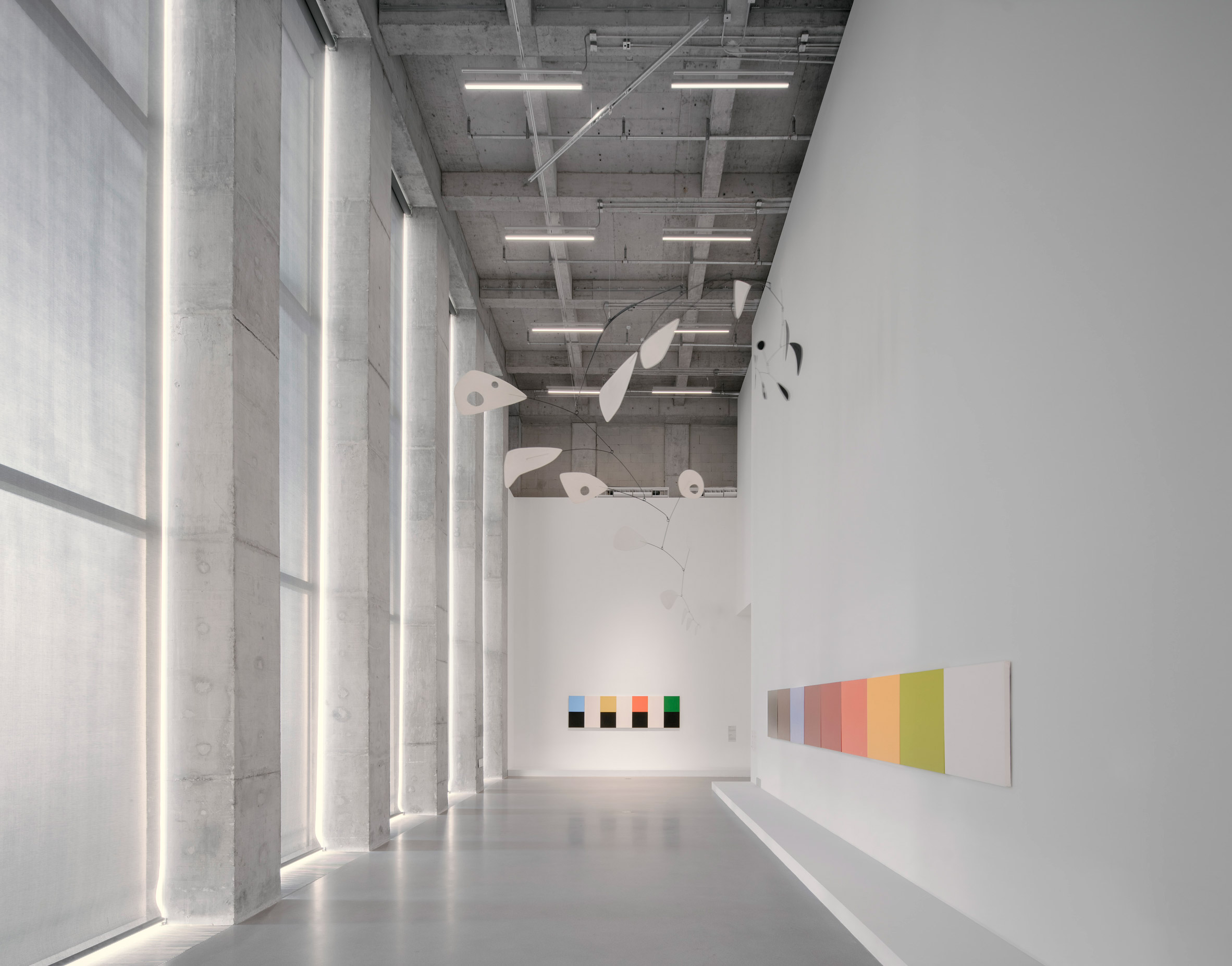 At the time of the agreement, it was described by the Centre Pompidou as “the highest-standard cultural exchange project of such long duration between China and France in the cultural field”. 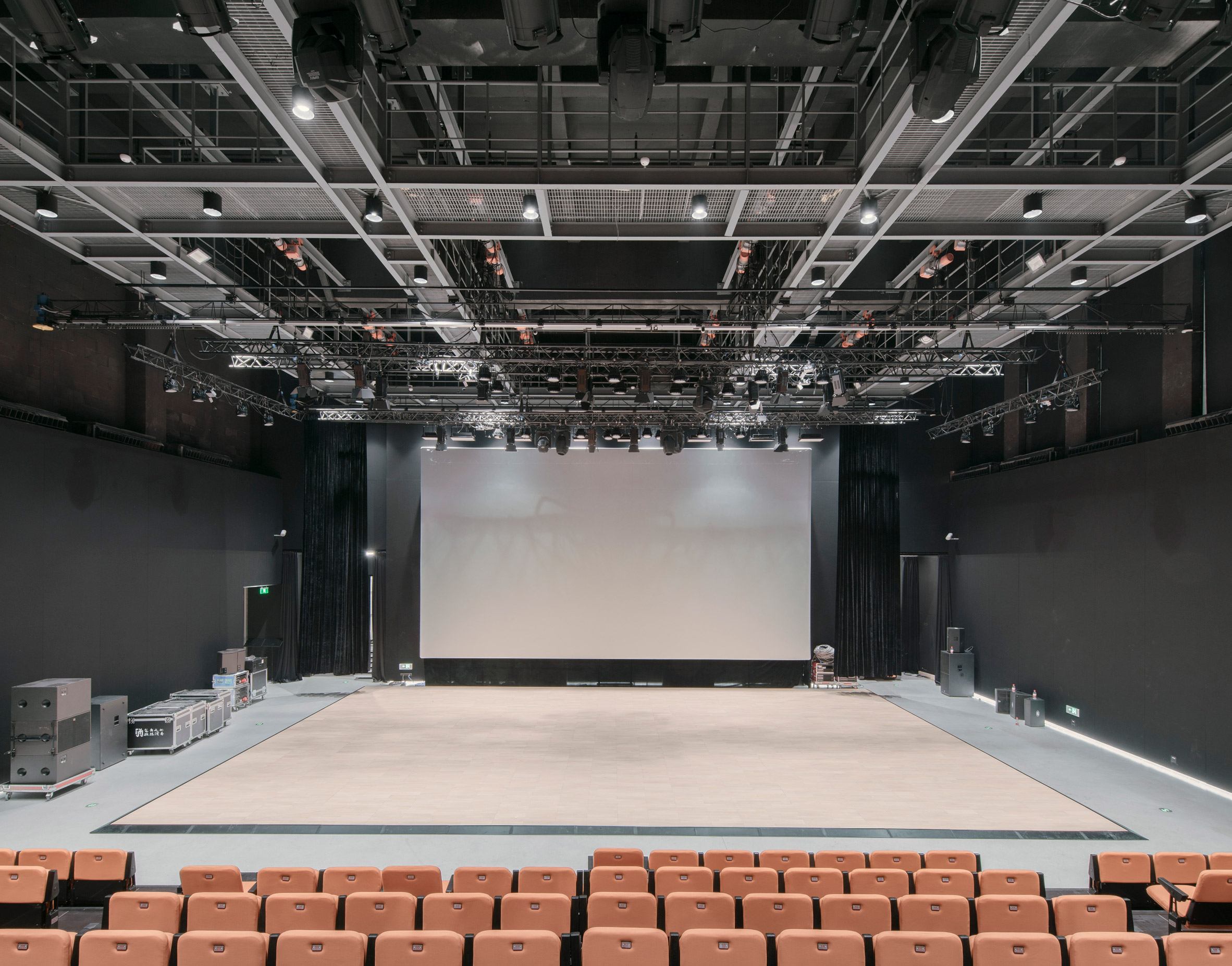 The Centre Pompidou Shanghai is the second outpost that the mixed-use cultural building in Paris has opened outside France, following the launch of Pompidou Málaga in 2015.

Another French gallery that has expanded globally is the Musée du Louvre, which recently opened the Louvre Abu Dhabi on the waterfront of Abu Dhabi’s Saadiyat Island – designed by Jean Nouvel. 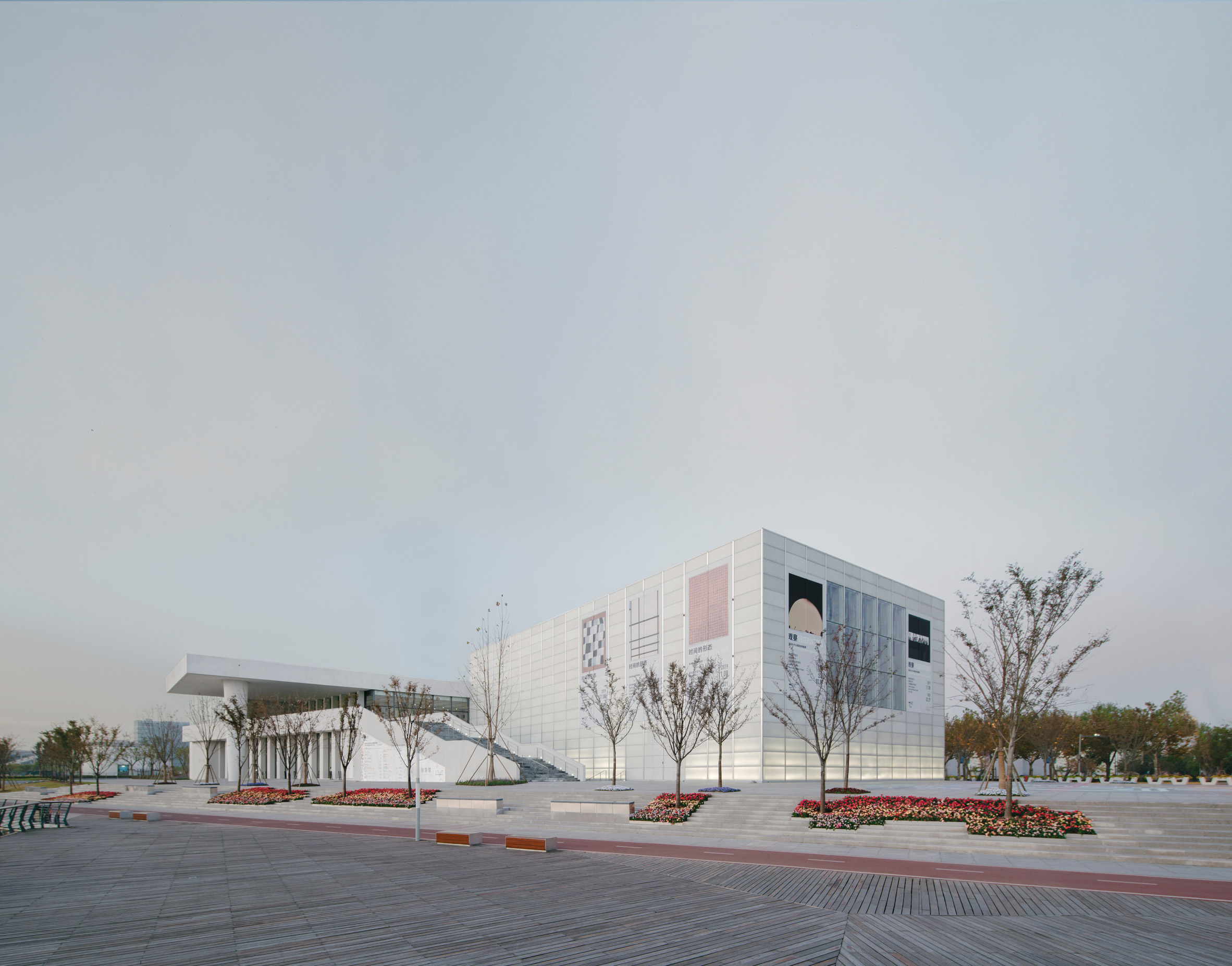 Alongside the West Bund Museum, the cultural strip includes privately run museums such as an art gallery with an undulating robot-built brick facade designed by Chinese studio Archi-Union Architects, and a glass-walled pavilion by Schmidt Hammer Lassen Architects .

Photography is by Simon Menges.