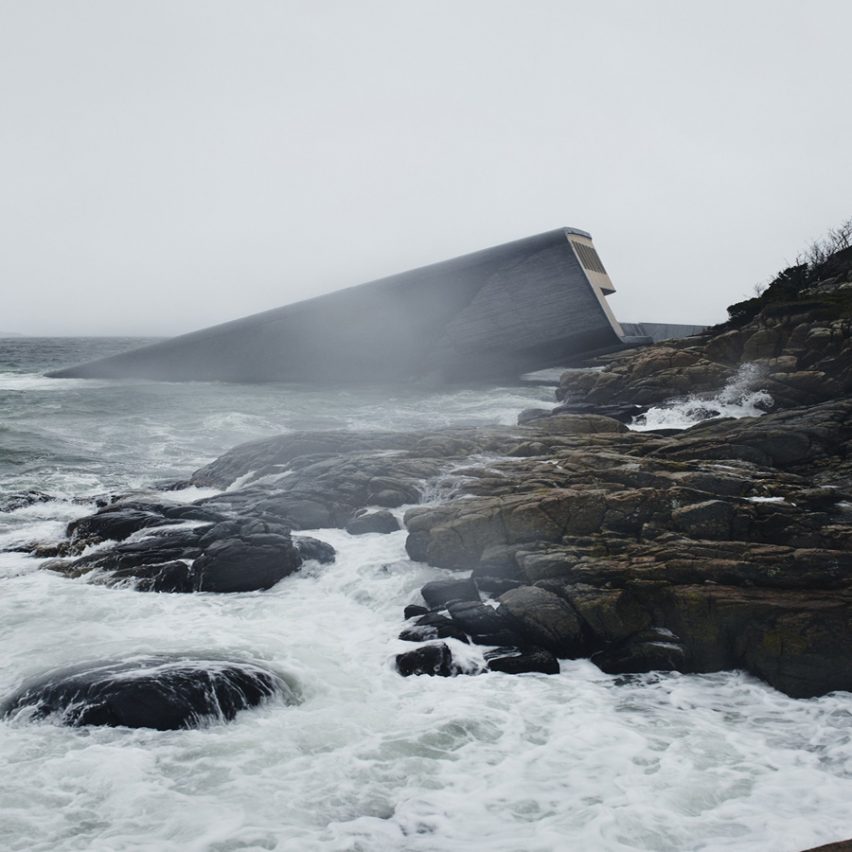 An art gallery built into a sand dune , a pastel-pink church hall  and Europe’s first underwater restaurant are among 267 architecture projects that made the 2019 longlist for Dezeen Awards .

We attracted over 4,500 entries from 87 different countries for the second edition of our awards programme, which celebrates the world’s best new architecture, interiors and design.

The longlist for the architecture categories features some of the most respected names in the industry, including Foster + Partners, David Chipperfield Architects, Studio Gang and Snøhetta.

It also features many smaller studios that are prolific in their home countries, such as Vo Trong Nghia Architects in Vietnam and the UK’s Peter Barber Architects.

Other highlights from the architecture longlist include a house on the Great Wall of China , a cyclone shelter in Bangladesh, a concrete pavilion with a 3D-knitted formwork and the UK’s first sustainable mosque.

The projects will now be judged by leading architects and industry figures , including Frida Escobedo, Sou Fujimoto, Doriana Fuksas and Winy Maas ahead of the shortlist announcement in September.

The winner of each category, which will be announced in October, will go on to compete for the title of architecture project of the year.

The longlists for the interiors and design categories will be announced very soon, so look out for them on Dezeen in the coming days.

See the full architecture longlist below: