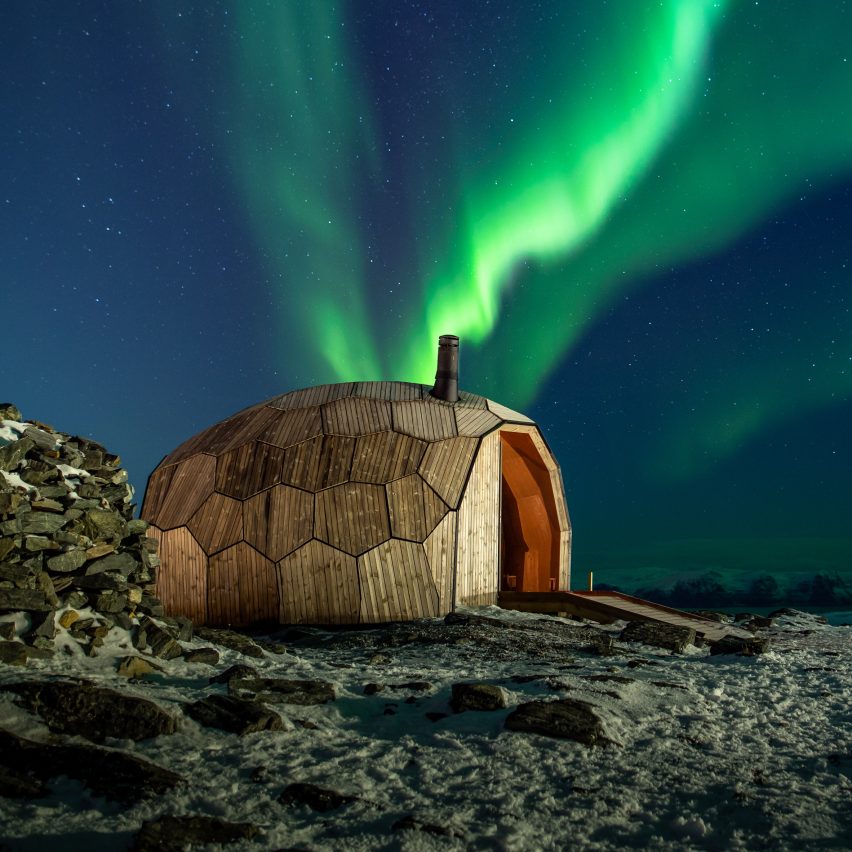 A pair of cabins heated by a sauna stove , a zero-impact reflective cabin in the Swiss Alps and treetop cabins on stilts are among this year’s 10 standout cabins choosen by Karen Anderson, as we continue our review of 2019 . 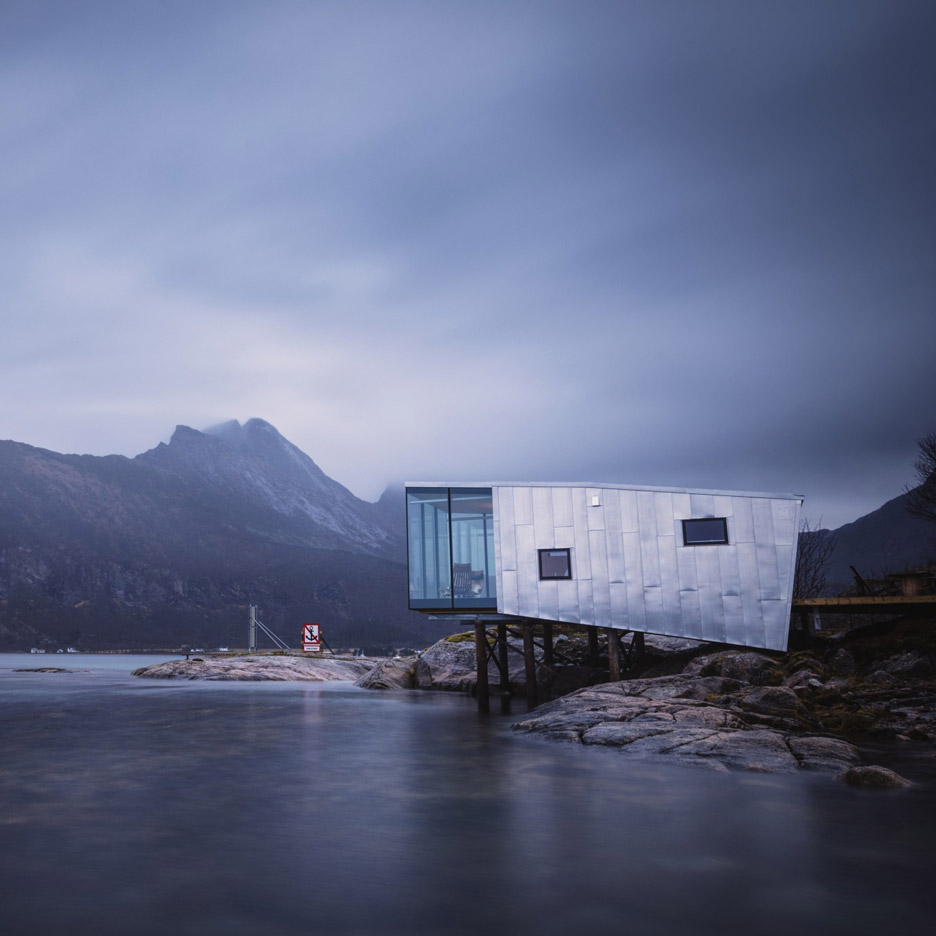 Stinessen Arkitektur created three cabins and a sauna as an extension to the Manshausen Island Resort in the remote Steigen Archipelago off the coast of Norway.

The eco-retreat was founded by Børge Ousland, the Norwegian polar explorer who was the first person to cross the Arctic solo.

Find out more about Manshausen 2.0, › 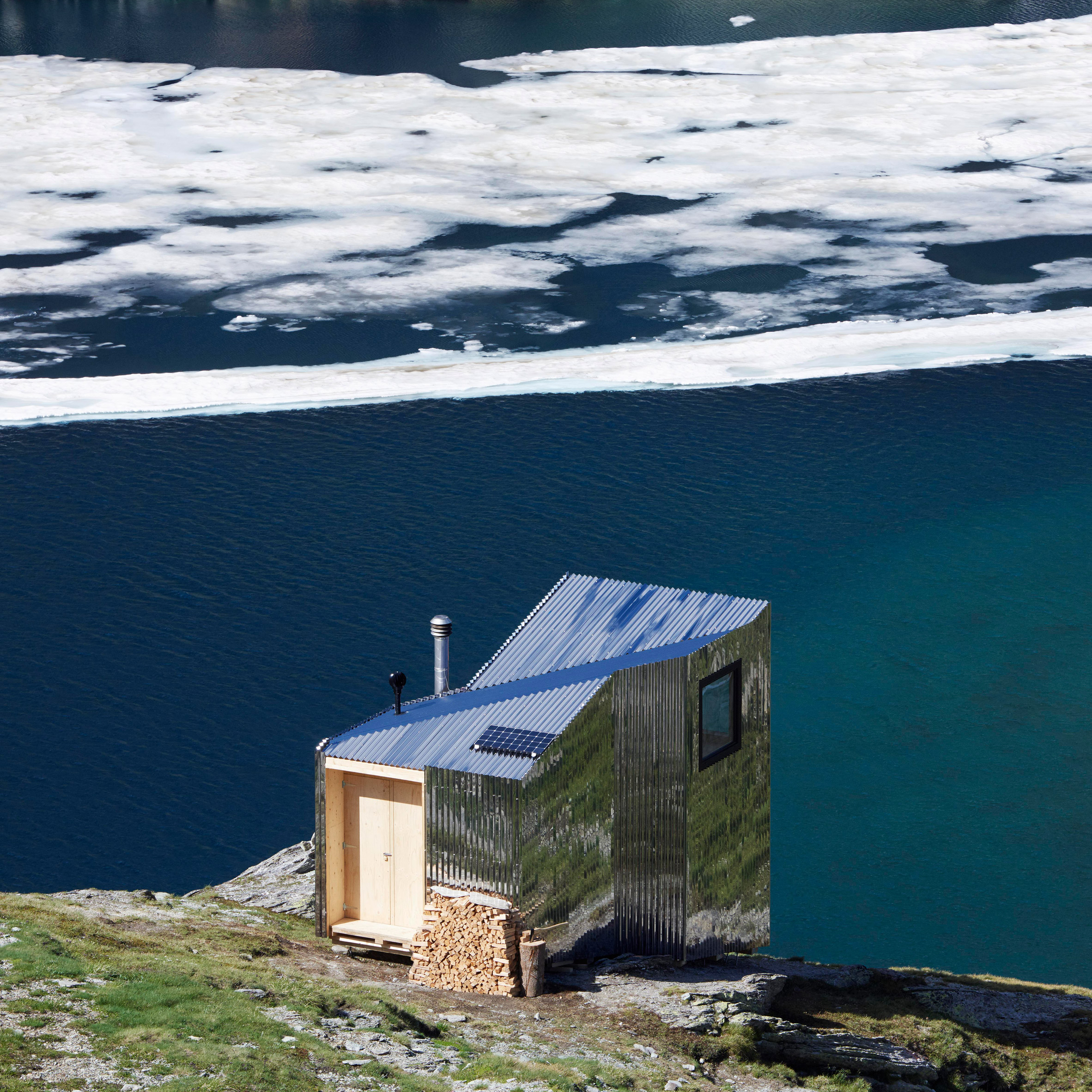 On Mountain Hut, Switzerland, by On

To mark the launch of its first hiking shoe, footwear brand On built a reflective mountain cabin almost 2,500 metres up in the Swiss Alps.

The On Mountain Hut, which sleeps two, was created to showcase the valley where co-founders, Olivier Bernhard, Caspar Coppetti and David Allemann, conceived of On.

Find out more about the On Mountain Hut › 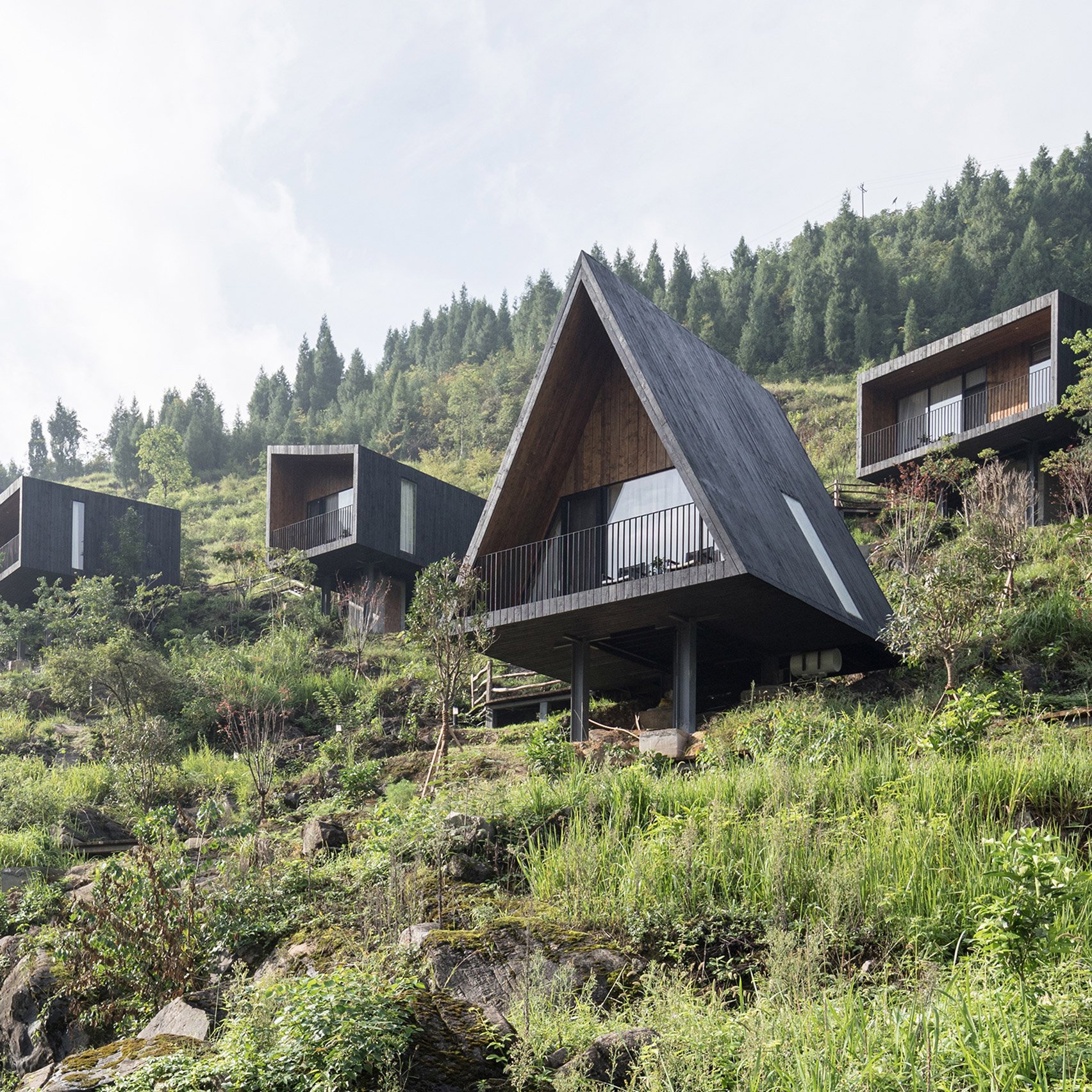 Located in the remote village of Tuanjie in China’s Guizhou Provence, the Woodhouse Hotel is formed of 10 wooden cabins dotted amongst a forest on a mountain.

ZJJZ Atelier designed three simple forms for the cabins, one with a steep pitched roof, one with a shallow mono-pitch, and the other with a flat roof.

Find out more about Woodhouse Hotel › 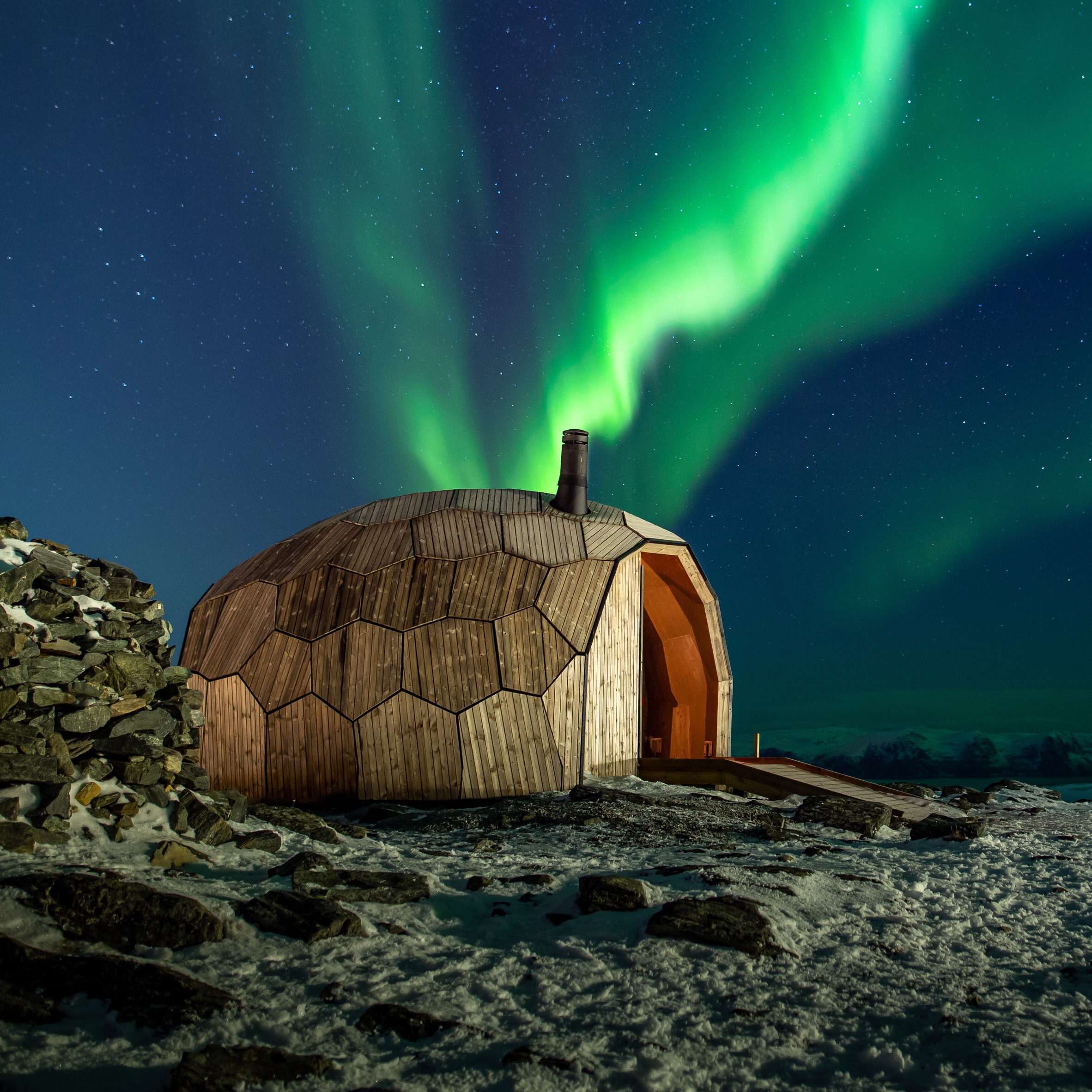 Spinn Arkitekter designed Varden, a wooden cabin with a prefabricated honeycomb-like structure, to encourage hiking in the mountains surrounding the town of Hammerfest in Norway.

Developed in collaboration with Format Engineers, it has an “organic” prefabricated framework to echo its rugged arctic setting while withstanding harsh polar winters.

Find out more about Varden›

This self-sufficient summer house was designed by Aleksi Hautamaki and Milla Selkimaki on a five-acre island the pair own on the edge of Archipelago National Park in Finland.

Two cabins on the site house living spaces and bedrooms, as well as a workshop and sauna.

Find out more about Project Ö › 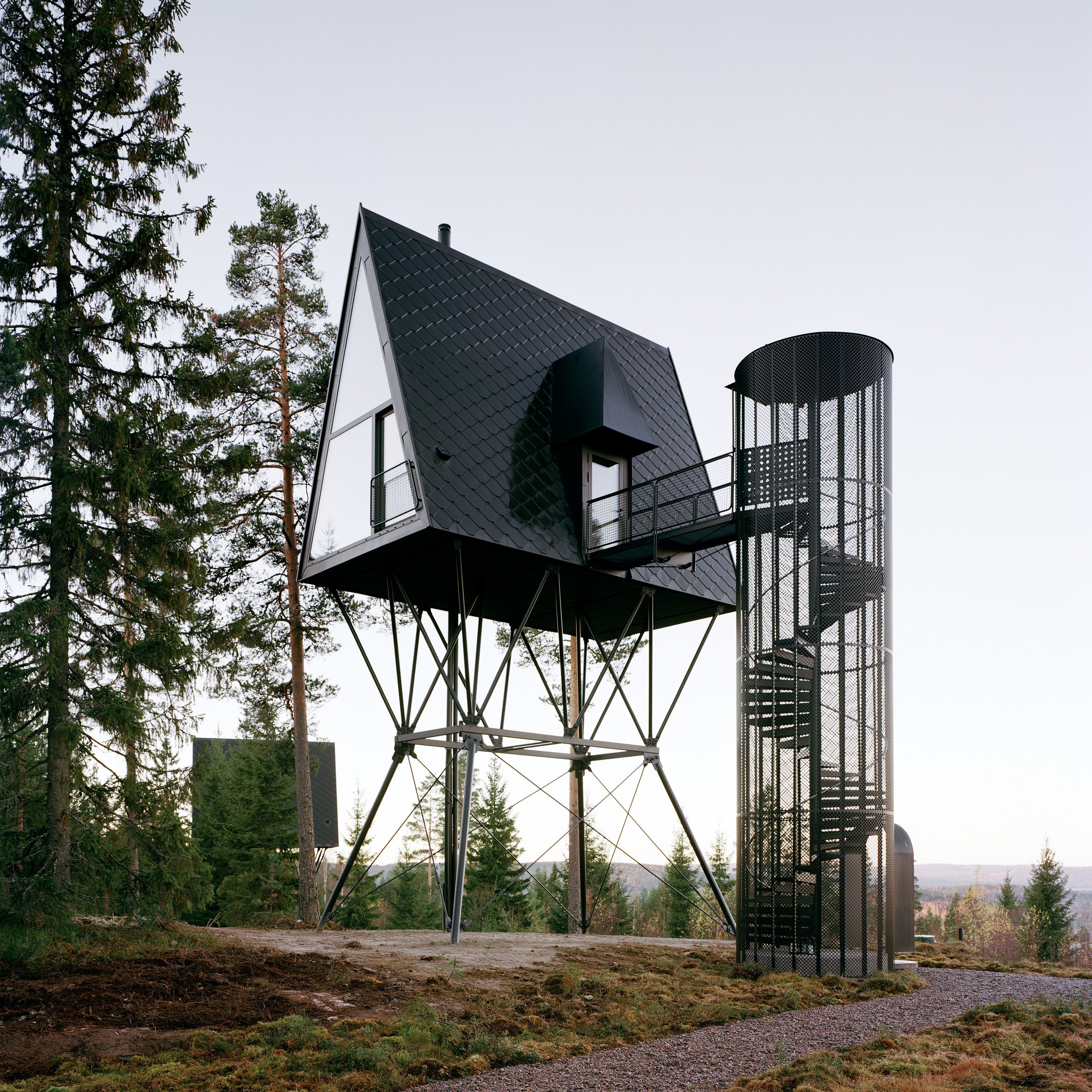 Designed by Oslo-based architect Espen Surnevik, The PAN Treetop Cabins stand on slender stilts among the treetops of Finnskogen – a woodland in east Norway.

The project was commissioned by a couple that wanted to create a tourist retreat in “the real Norwegian wilderness”.

Find out more about the PAN Treetop Cabins › 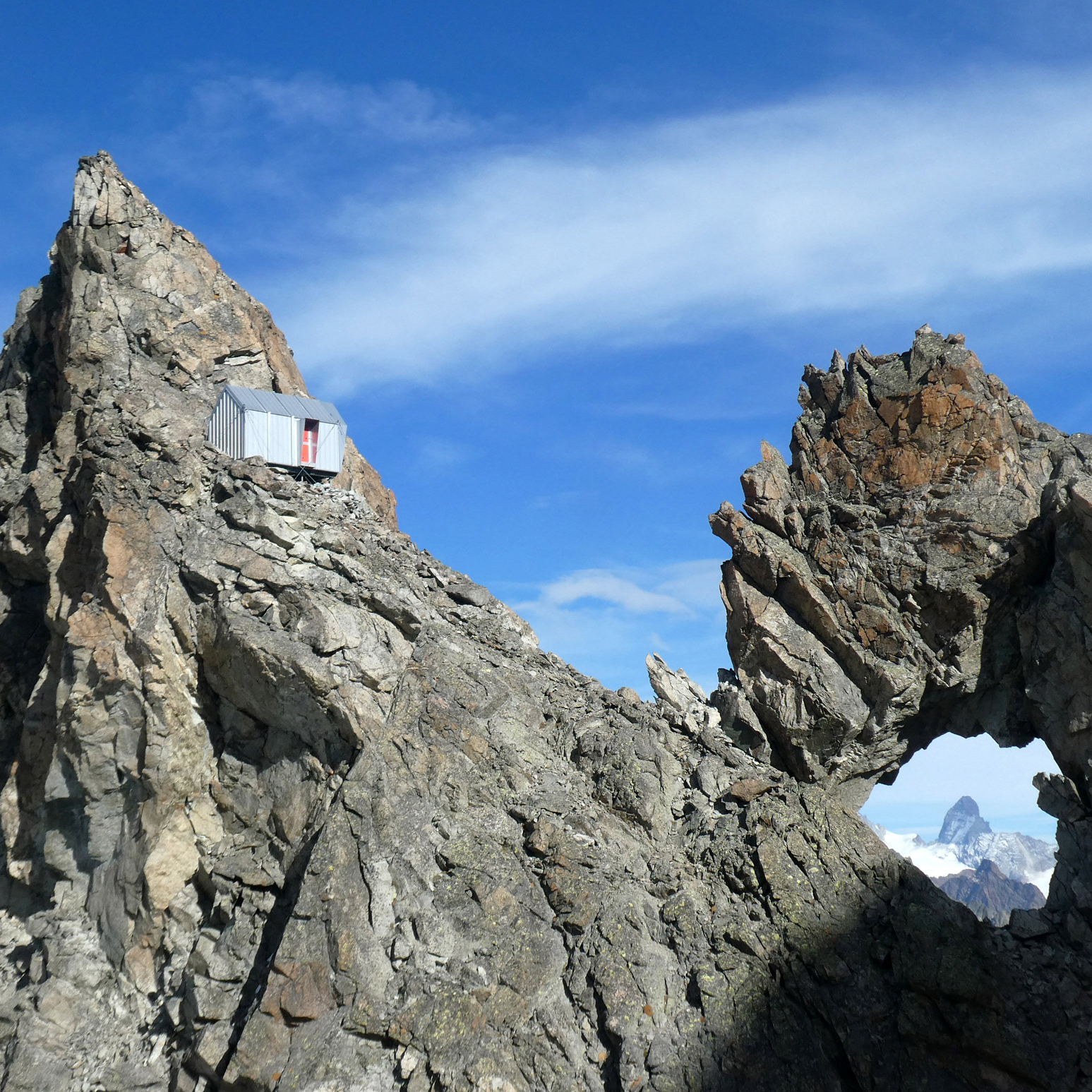 Italian architects and researchers Roberto Dini and Stefano Girodo built this prefabricated shelter sitting on the edge of a mountain peak, in Valpelline, Italy.

Located at an altitude of 3,290 metres, the building was developed in collaboration with LEAP factory for a group of local alpine guides who wanted to encourage exploration of “forgotten routes”. 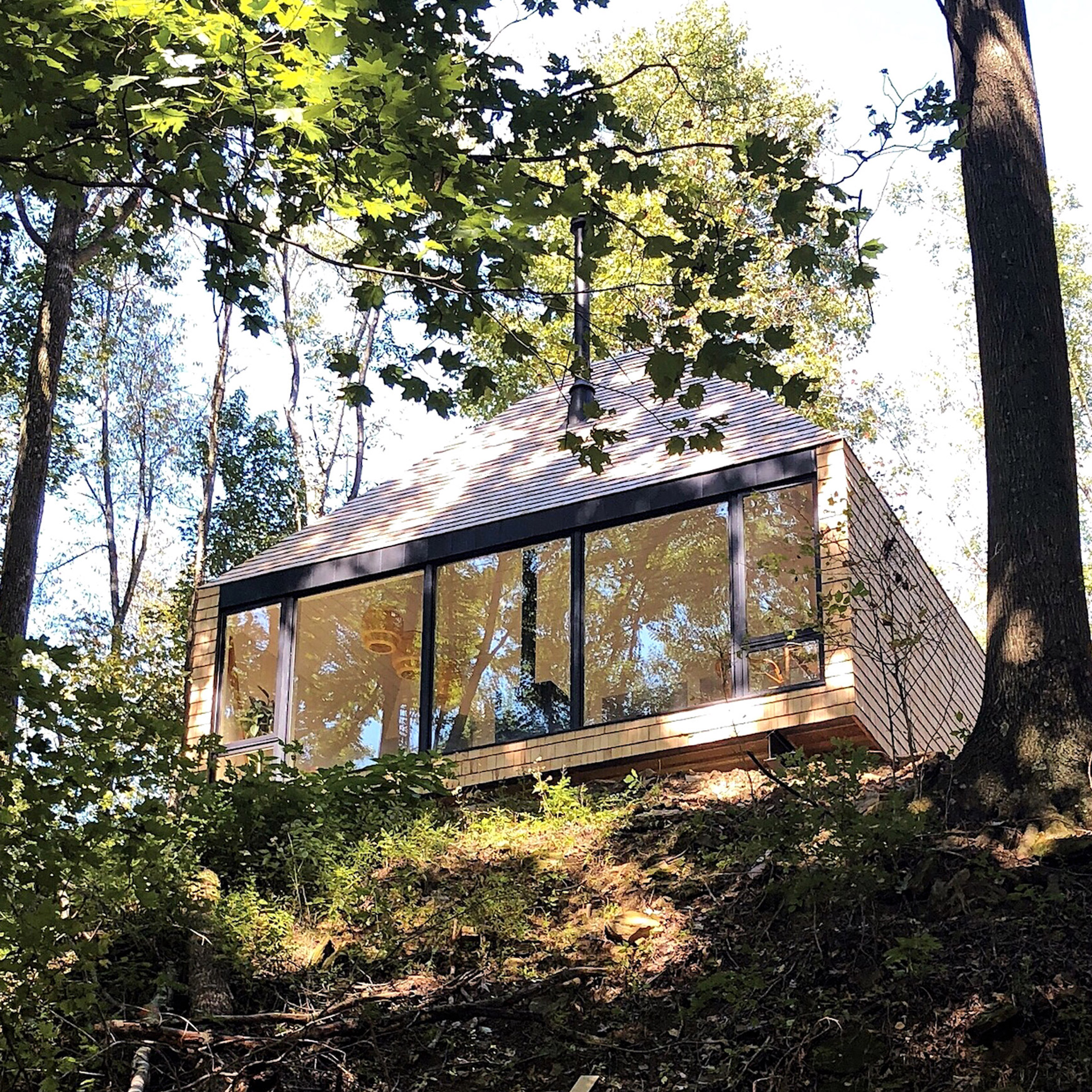 The Hut, USA, by Midland Architecture

Midland Architecture designed The Hut to sympathise with its surrounding environment – a forested area overlooking a lake on a cattle farm in the Ohio Valley.

This off-grid, treehouse-like retreat boasts a natural ventilation system that uses prevailing breezes and a rainwater collection system that serves as the building’s plumbing.

Find out more about The Hut › 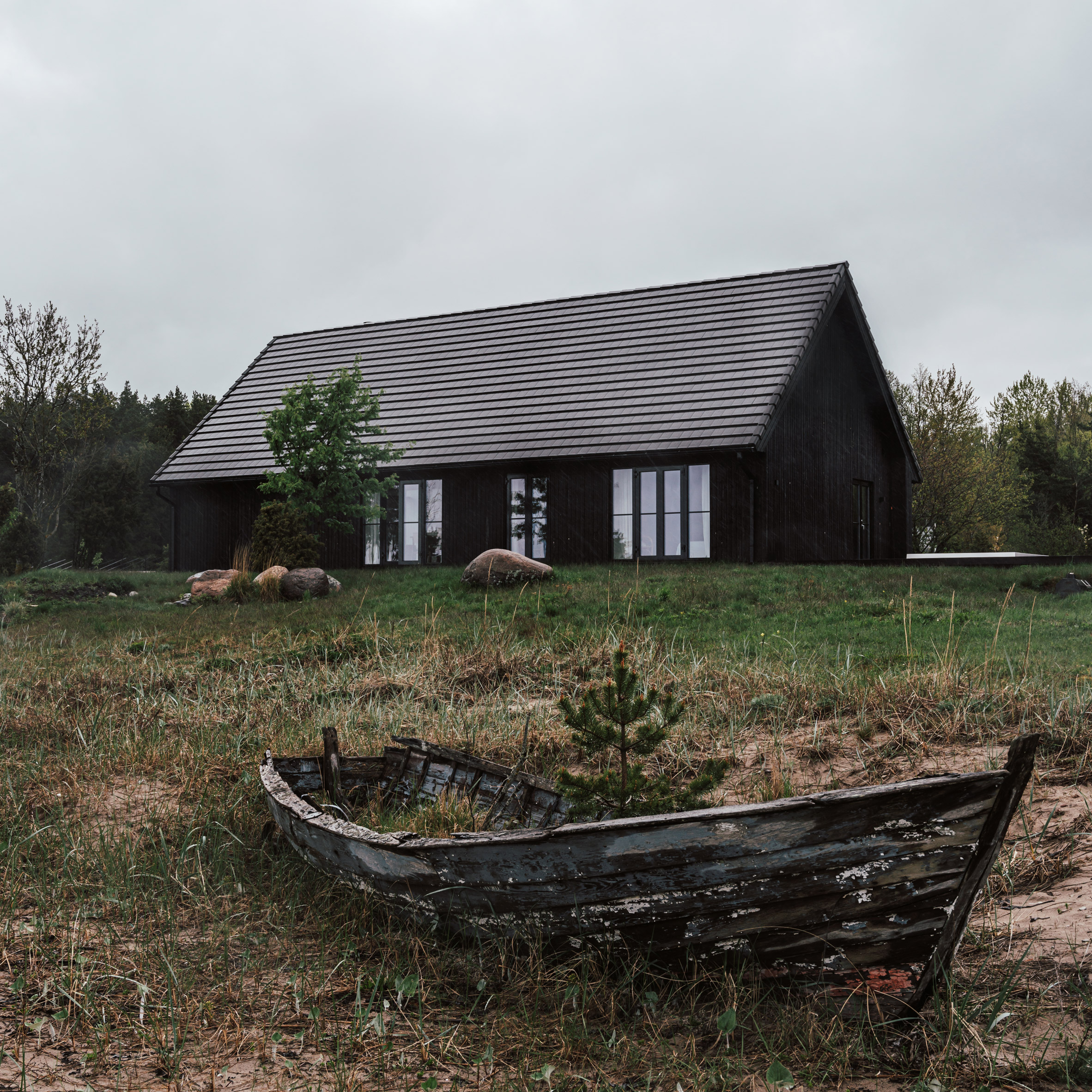 Two cabins with pitch-black exteriors form a holiday house on Matsi Beach, Estonia, built by architect Hanna Karits on the remains of a Soviet-era fishing village.

“The views from the large glass facade open up along the beach towards an evening sunset whereas the fireplace positioned in front of the facade creates an intimate feeling at night,” said Karits.

Find out more about the cabins› 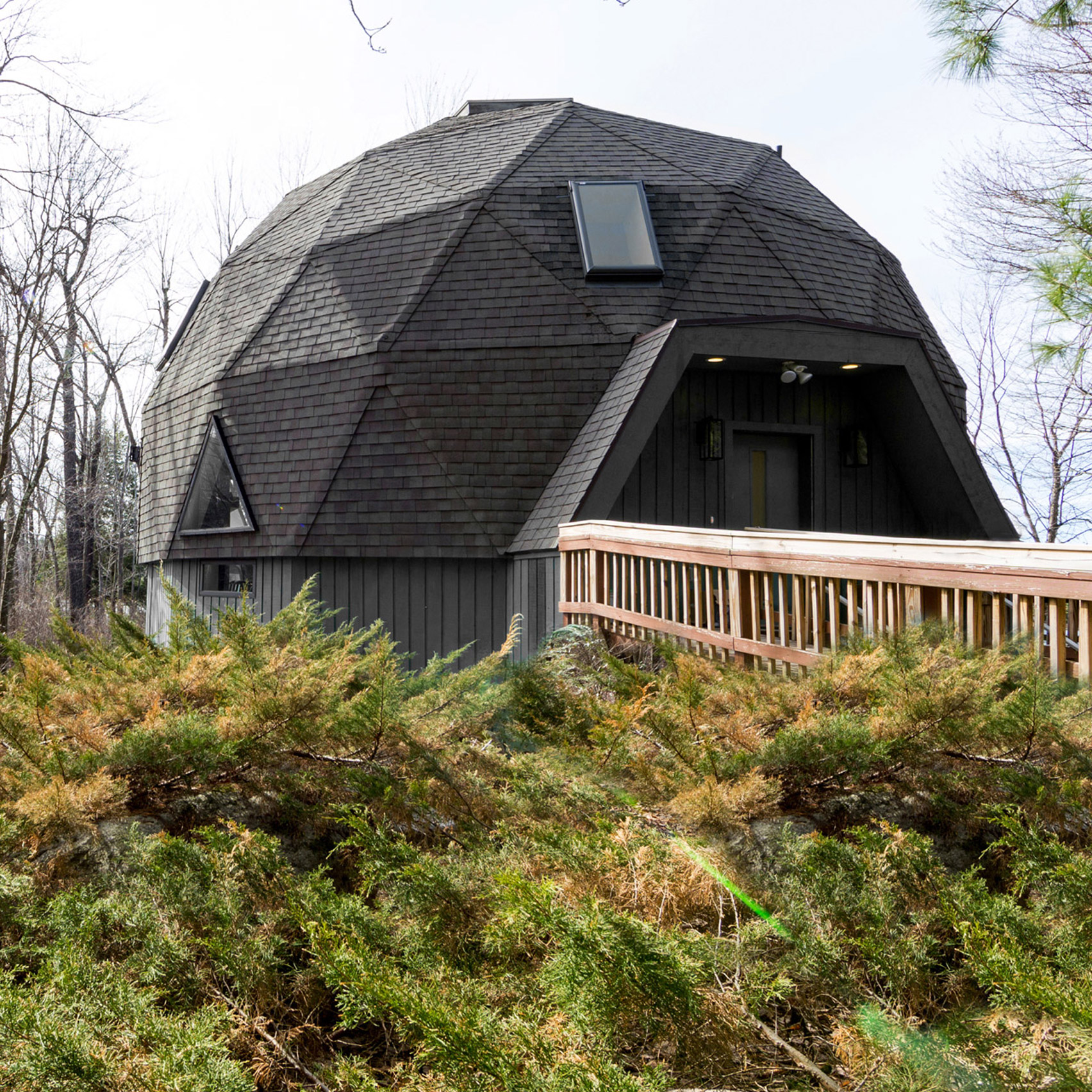 Built in the 1980s, the cabin is located on a lakefront site in Becket, a town in the pastoral Berkshires region.

Find out more about the dome cabin ›