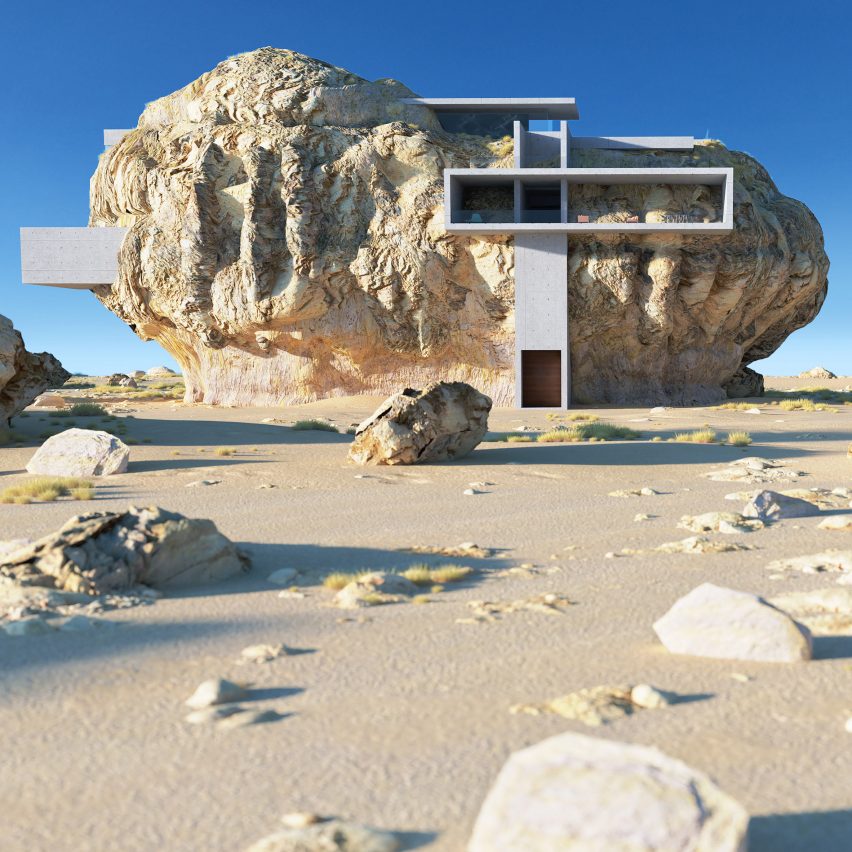 This year designers created a huge variety of conceptual architecture from a straw bale school to a bamboo colony on Mars. Semi Han continues our review of 2019 with 10 of the most intriguing concepts. 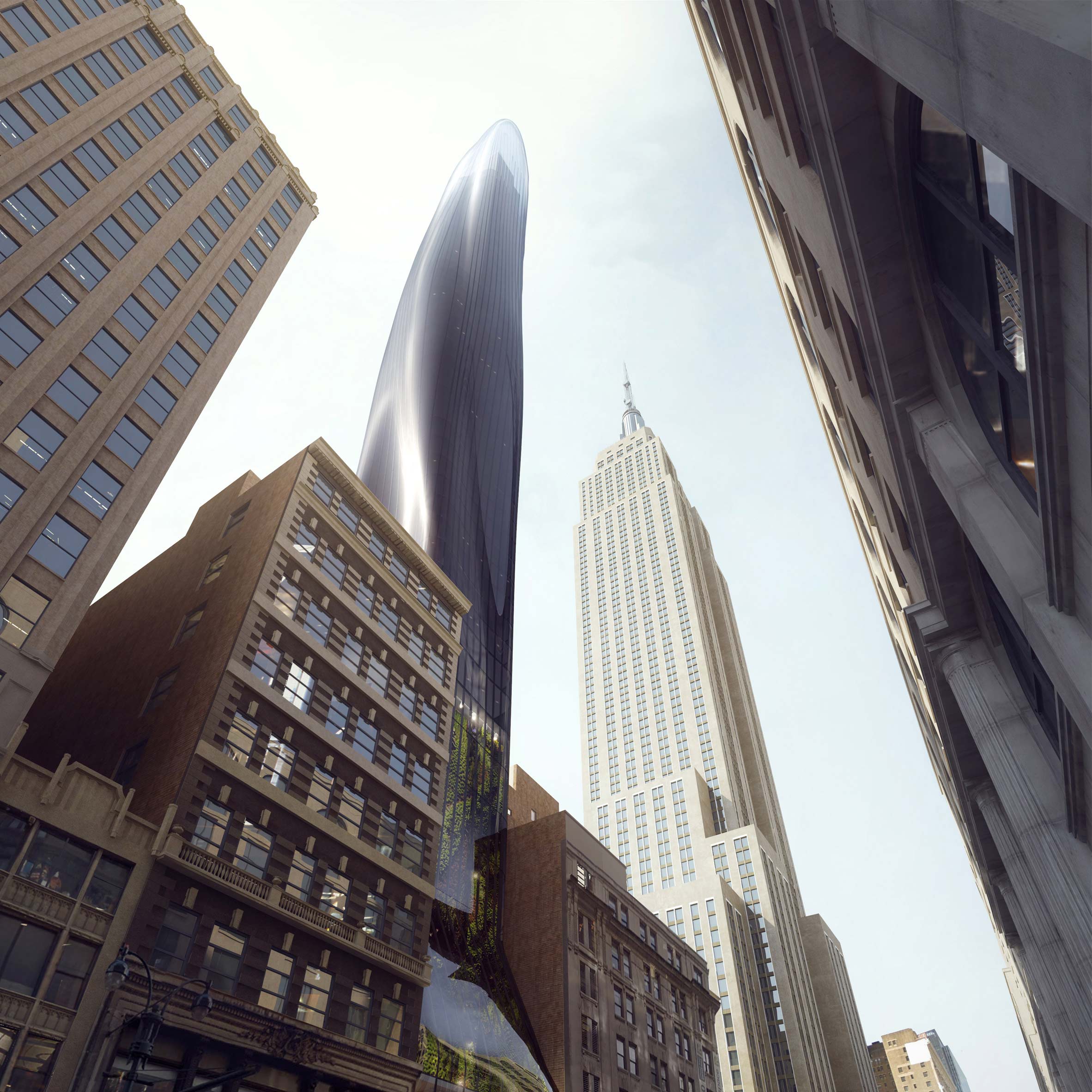 Chinese studio MAD Architects envisioned a 232-metre tall skyscraper to sit next to the Empire State building at East 34th Street. Unlike its neighbours, it is designed to curve, bend and taper so that it softens the skyline.

Inside, shops and public amenities would encircle a multi-storey atrium and large green wall, which could offer visitors a “new type of ‘urban nature’ in a vertically dense city”. 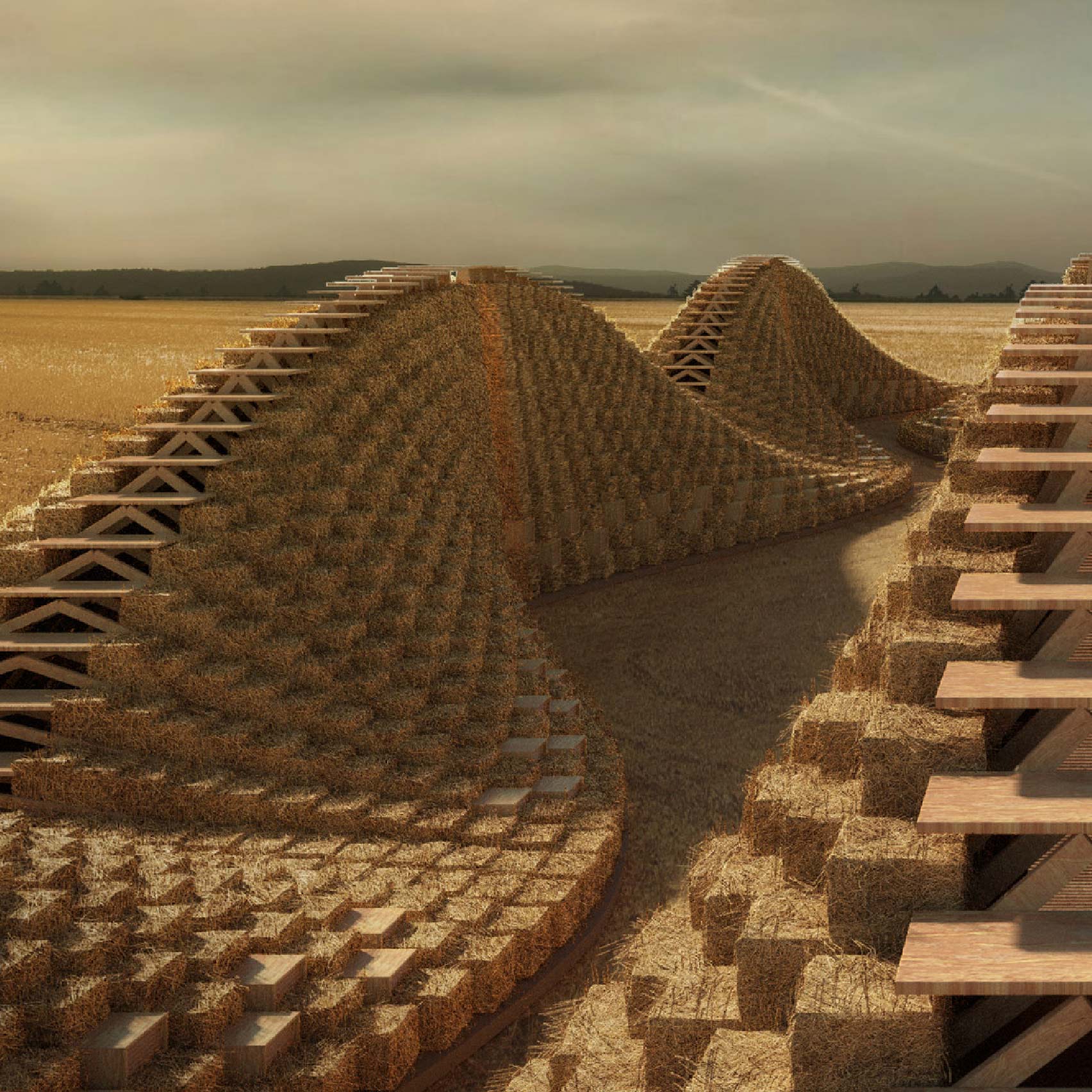 Straw Bale School is a concept for a secondary school in Malawi. The school would be built from wooden A-frames topped with straw bales arranged linearly to create forms that vary in height.

The school’s classrooms would be placed within the A-frames with entrances incorporated into the ends of each module. 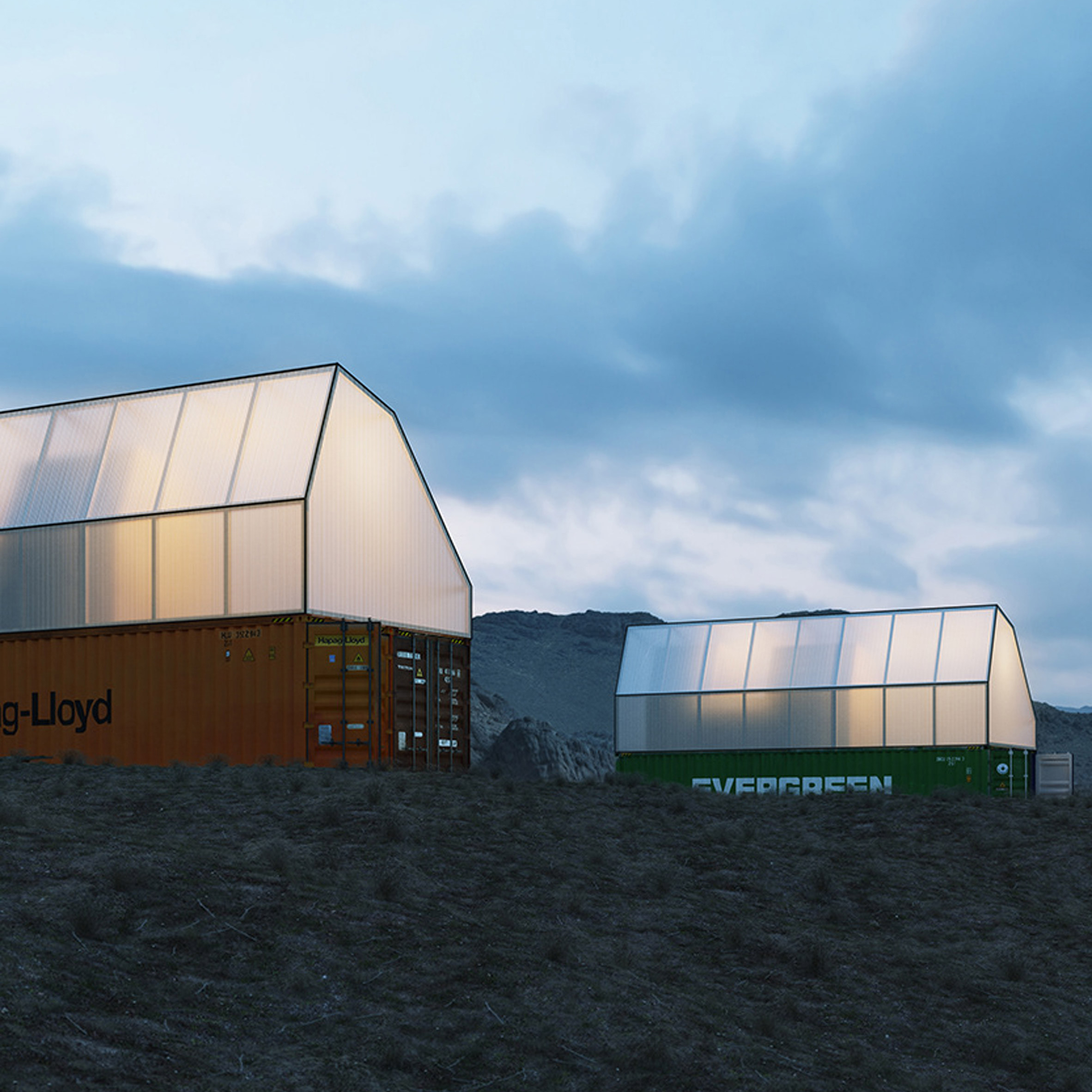 Each 60-square-metre house would contain a living area, kitchen, bathroom, a master bedroom and a small garden.

Read more on these shipping-container houses › 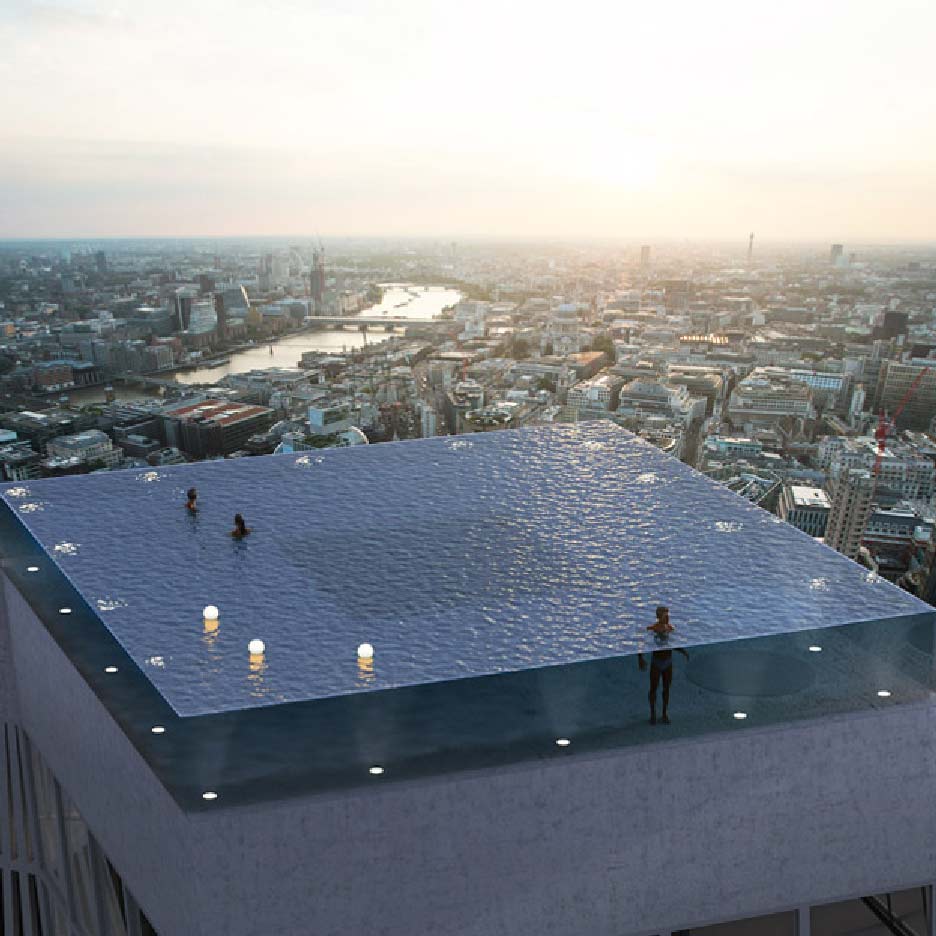 Compass Pools proposed creating a 360-degree infinity pool with views across London at the top of a 55-storey skyscraper in the city.

Accessed via a submarine-style door, the pool would be built from transparent acrylic panels around the edges and on the floor and would encase 600,000 litres of water. 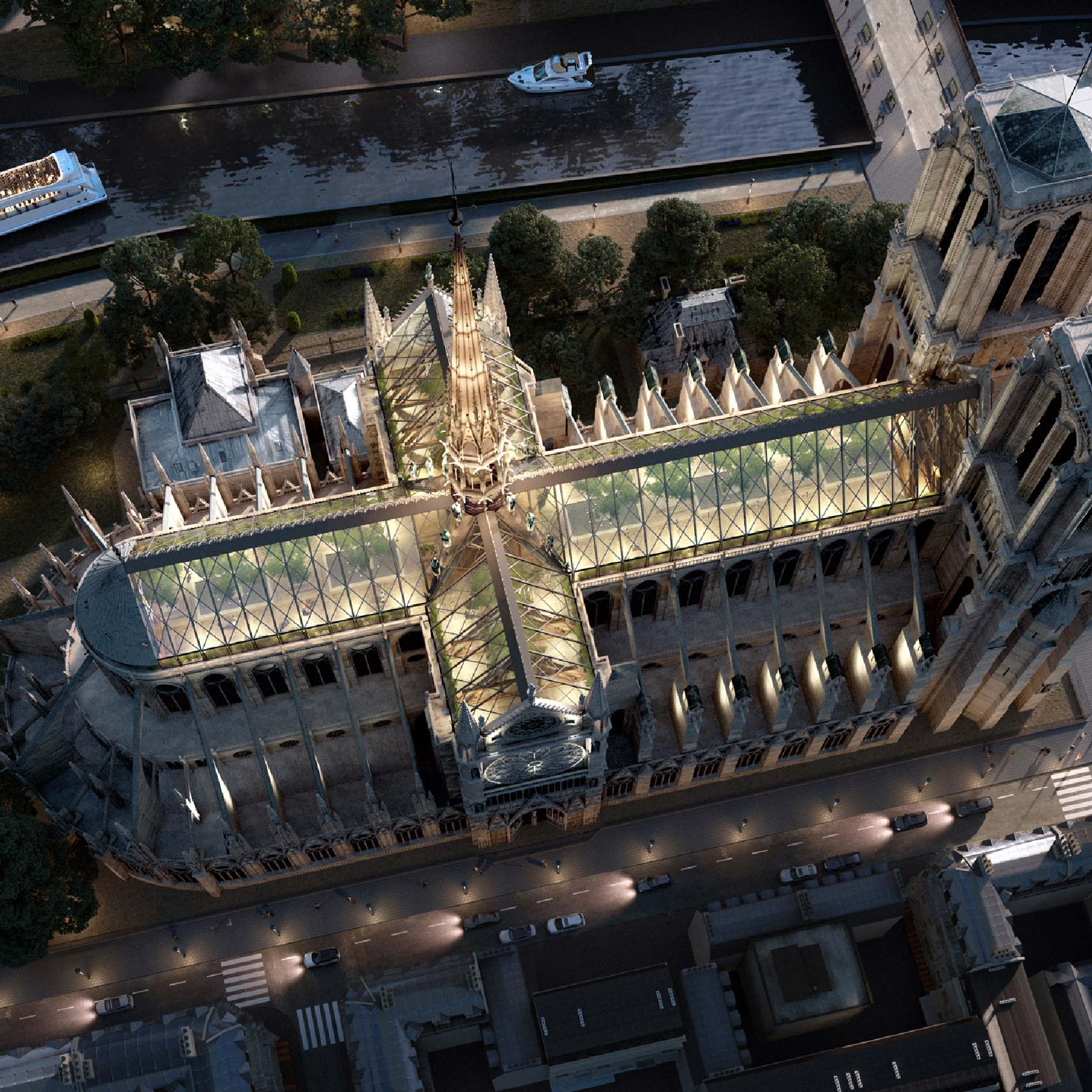 Following the devastating fire at Paris’ Notre-Dame in April, Miysis Studio was one of numerous practices to envision how the cathedral’s destroyed roof and spire could be rebuilt.

Designed to be a “balance of history and future”, the visualisation studio combined a replica of Eugène Viollet-le-Duc’s lost spire with a steel and glass roof. 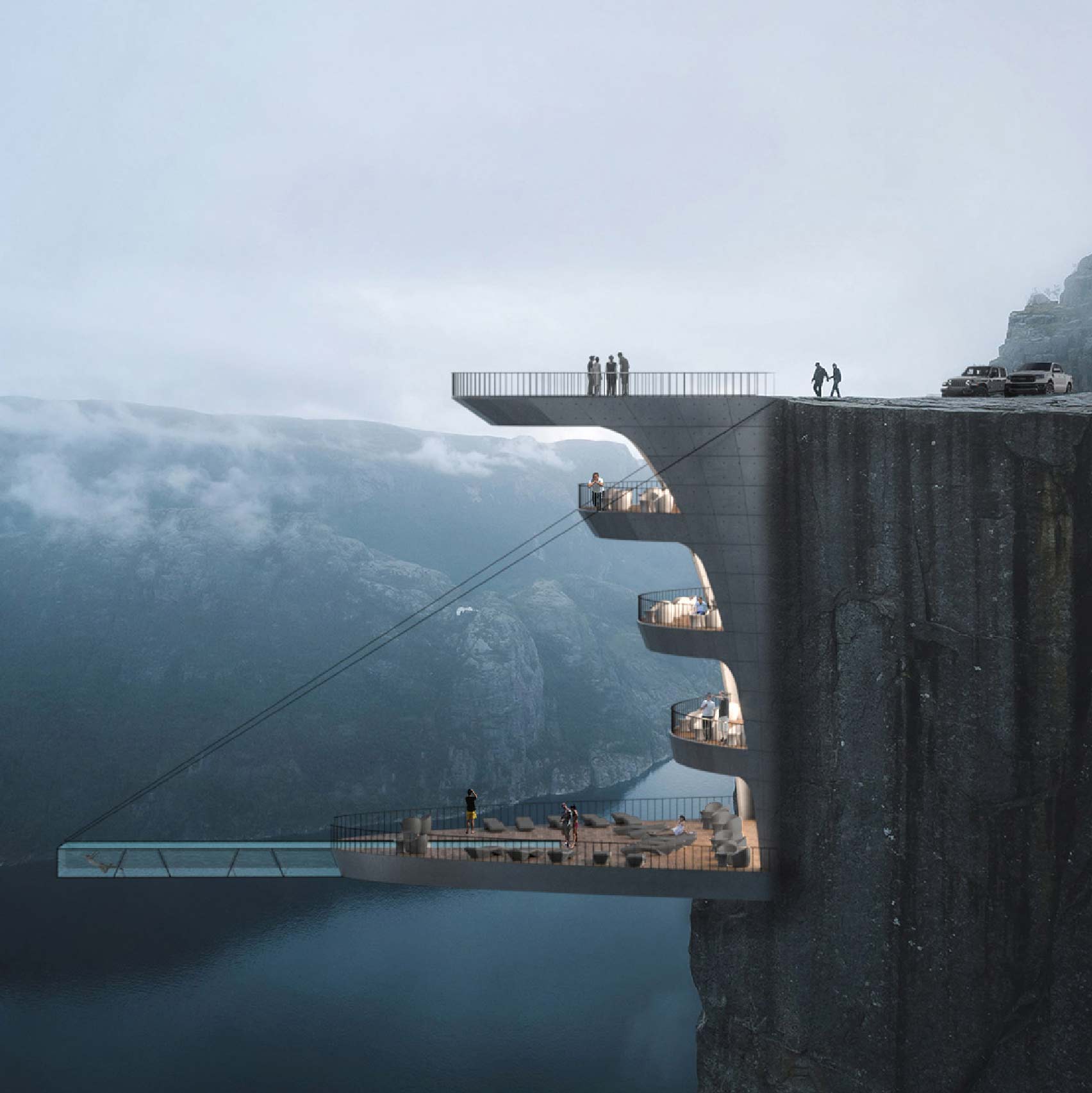 Designed to evoke the thrill of hiking in the mountains, Hayri Atak Architectural Design Studio created this concept boutique hotel 600 metres above the Lysefjorden fjord in Norway.

The nine suites would have panoramic views of the fjord from their balconies, while a glass swimming pool would be cantilevered over the cliff to immerse guests in the sheer drop. 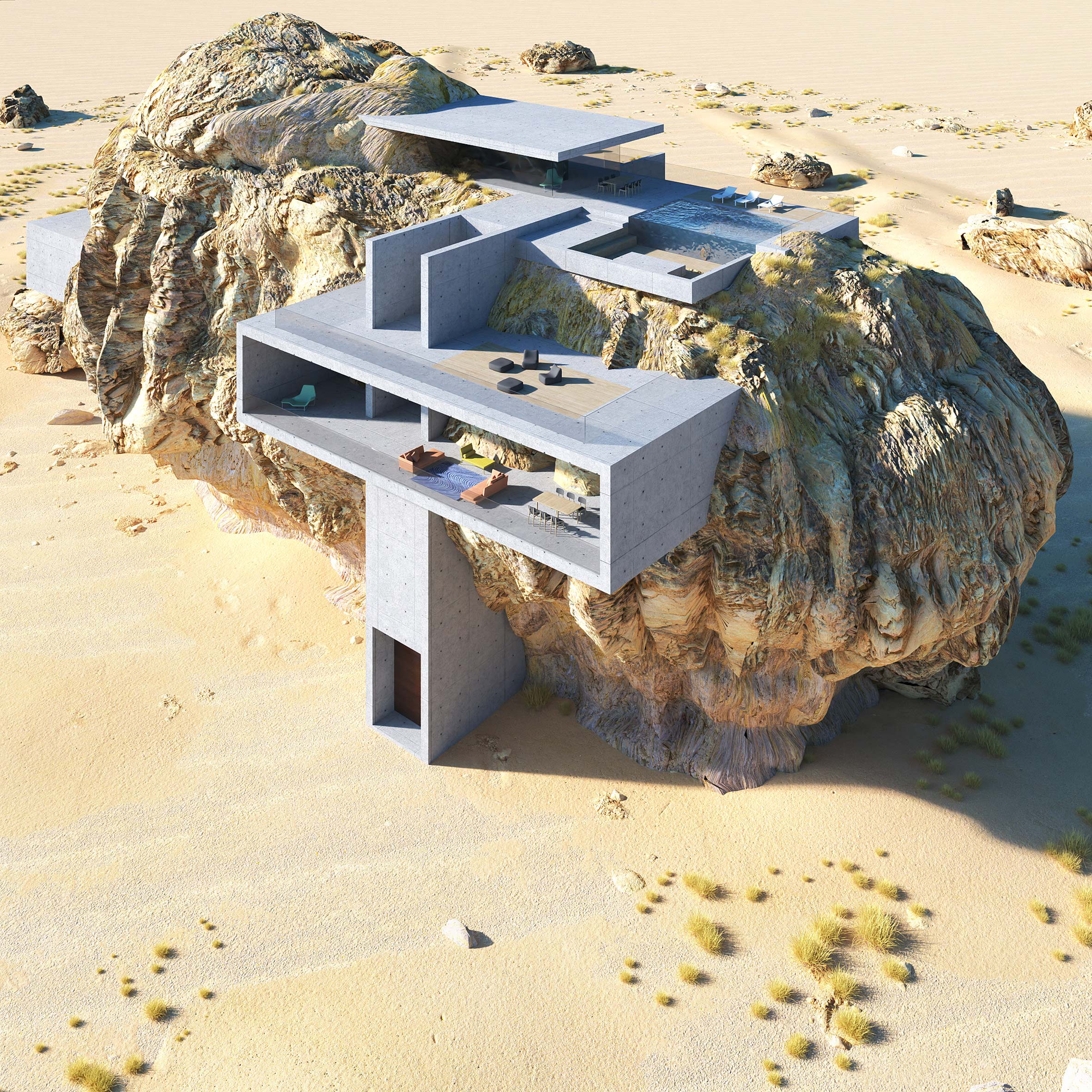 House Inside a Rock, Saudi Arabia, by Amey Kandalgoankar

Influenced by the archeological site of Mada’in Saleh in Saudi Arabia, Amey Kandalgoankar envisioned a contemporary concrete house embedded into a giant boulder.

The designer contrasted simple concrete forms with the rock’s texture. A tall entrance shaft runs through the centre of the rock, with a long horizontal living area running across it. Above, terraces are fitted on top of the rock base, alongside a shaded penthouse and outdoor swimming pool.

Read more on House Inside a Rock › 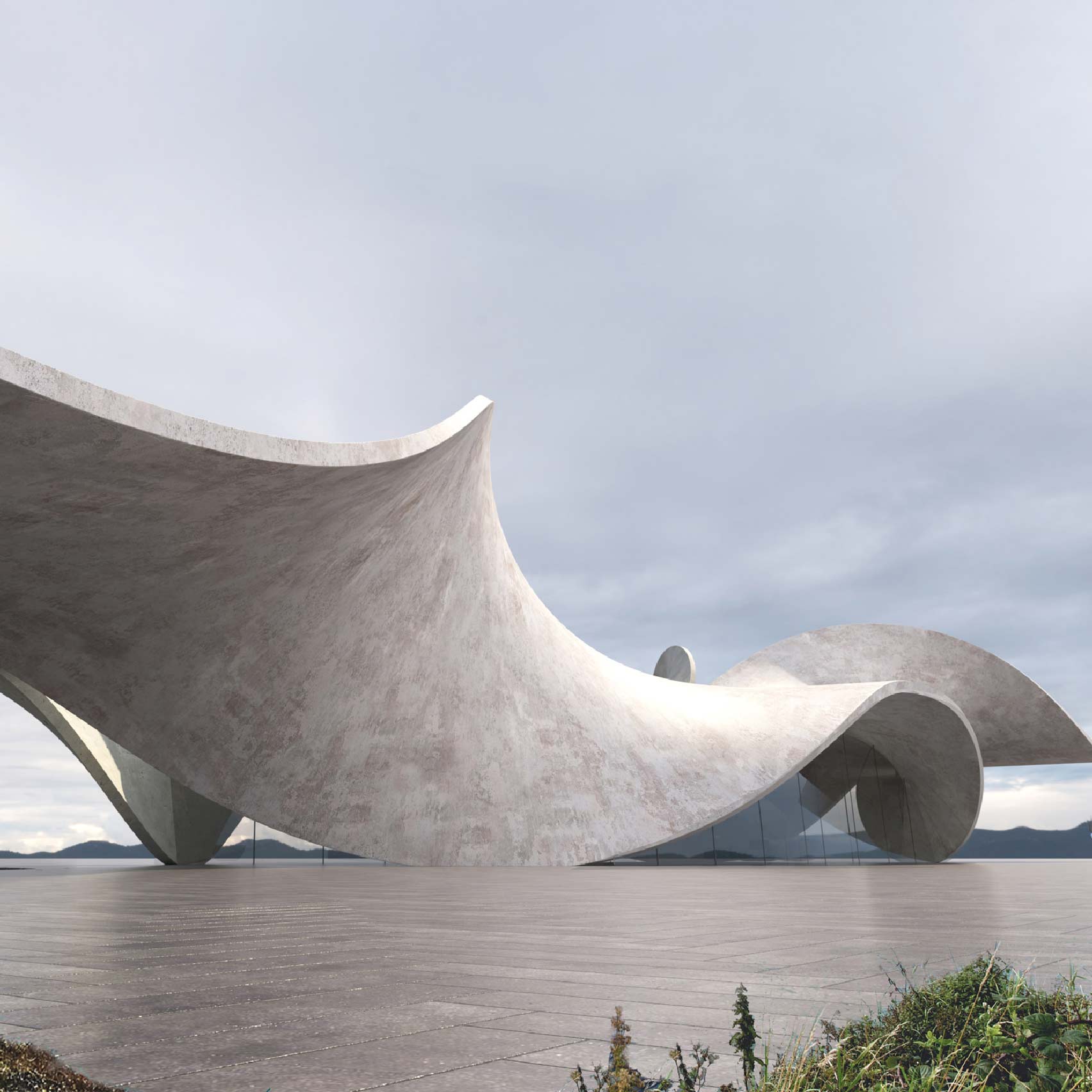 Designer Antony Gibbon conceived a two-bedroom home underneath a twisting ribbon-like roof. The form splits the living room on one side and bedrooms on the other, with a sunken amphitheatre-like outdoor seating area placed at the centre.

Residents sitting in the living area would enjoy views of the imagined rolling hills and waterfront landscape, through glazed arches underneath the smooth, wave-like roof slab.

The Farmhouse by Fei and Chris Precht

Fei and Chris Precht designed The Farmhouse tower to provide residents with food to help them live more sustainably and reconnect with agriculture.

Reacting to transportation’s damaging environmental impact in food production, the designers proposed a cross-laminated timber tower that would contain farming systems needed to feed the residents.

Read more on The Farmhouse › 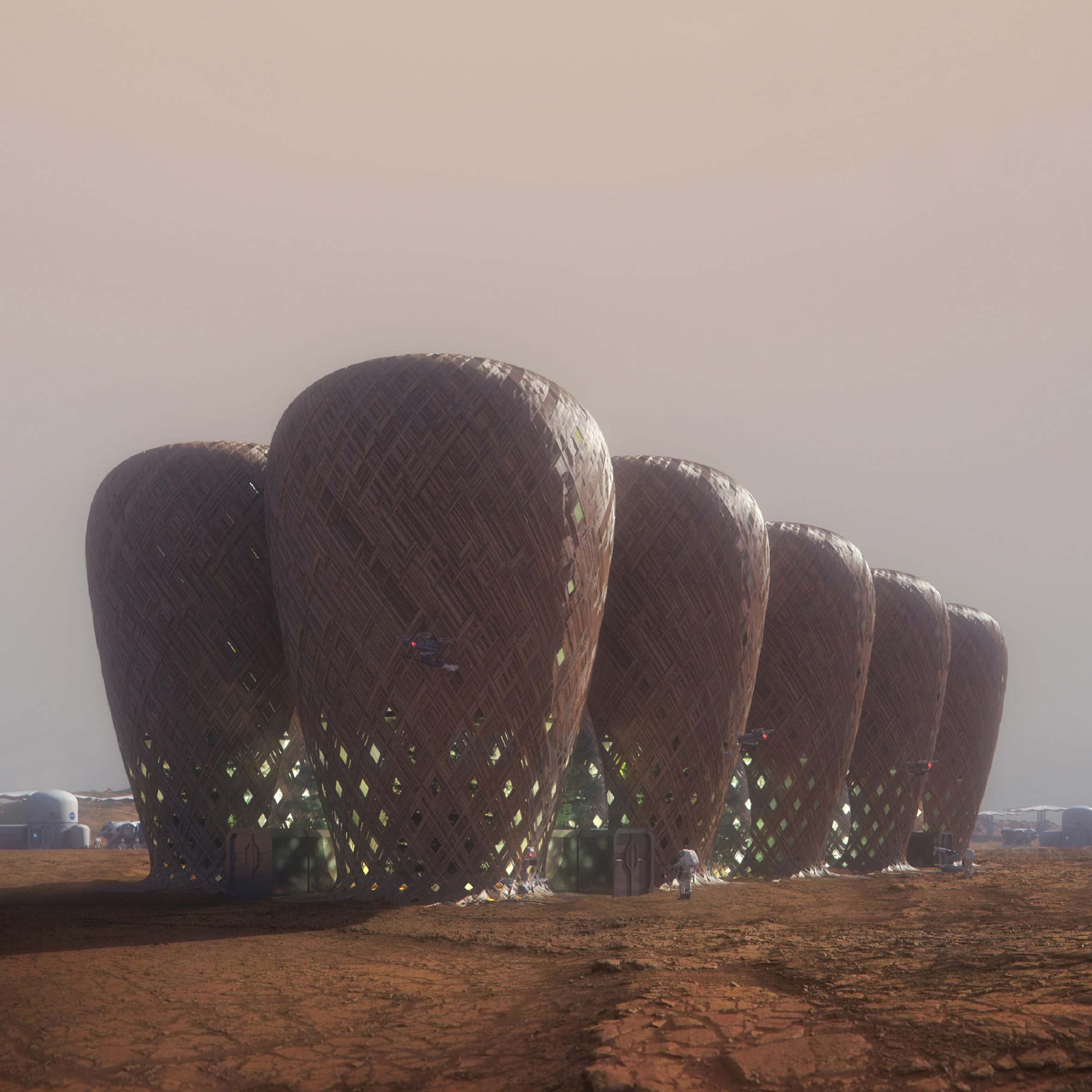 Seed of Life, Mars, by Warith Zaki and Amir Amzar

The woven bamboo structures of Seed of Life would be constructed by robots on Mars in this concept by Warith Zaki and Amir Amzar.

The designers envision that the bamboo would be farmed on the red planet to avoid transporting materials from Earth.

Read more on Seed of Life ›