Dezeen’s top 10 US architecture projects of 2019 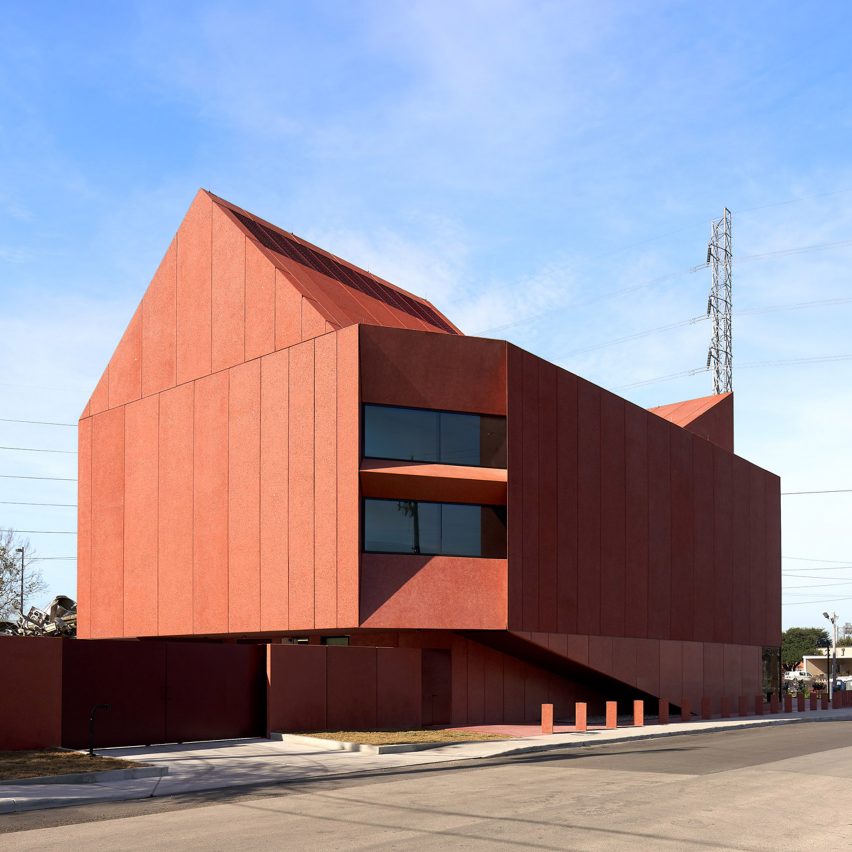 The Hudson Yards development in New York and a Texas art centre by David Adjaye are among the top 10 architecture projects in the US this year, selected by US editor Eleanor Gibson for our review of 2019 . 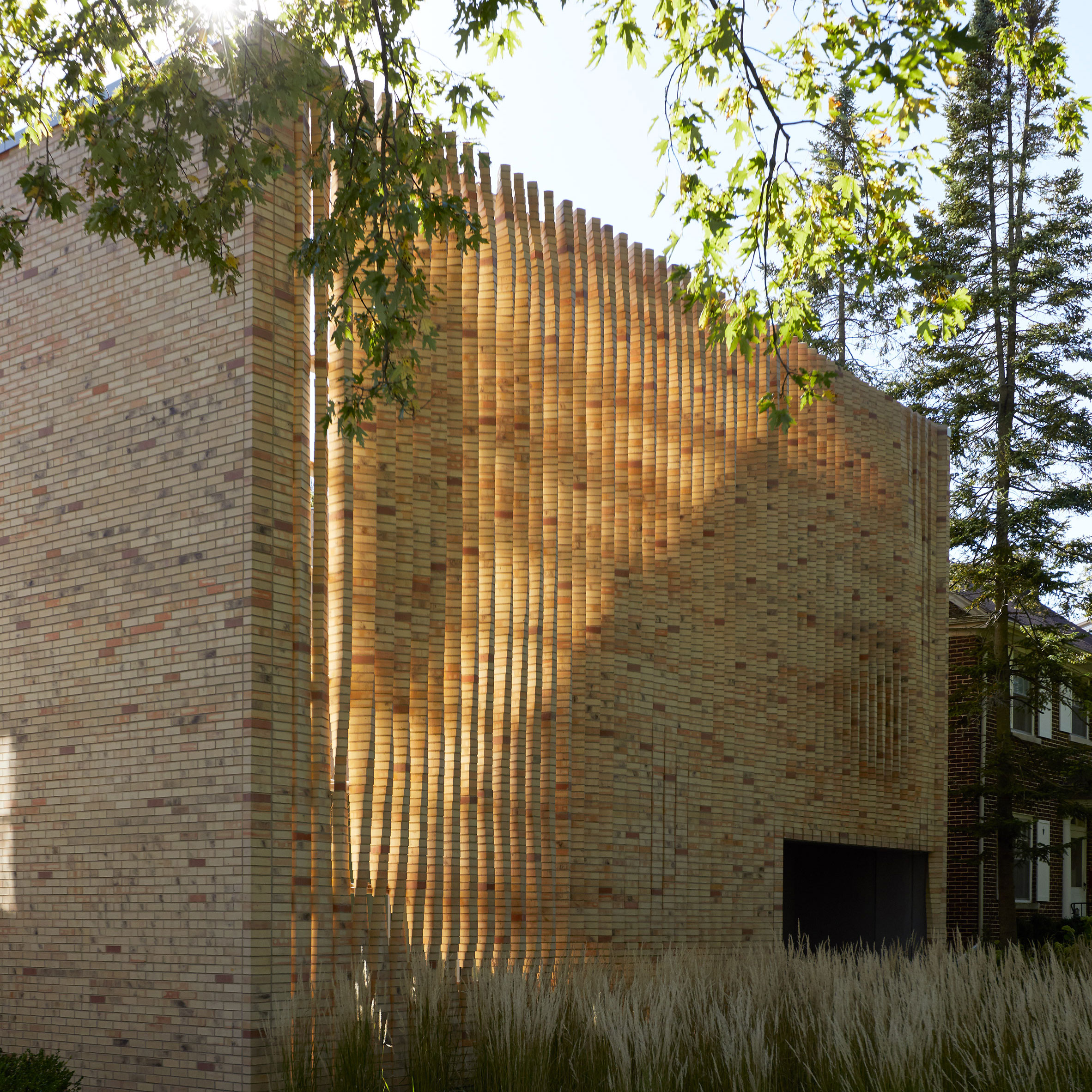 This popular house by California firm Brooks + Scarpa is fronted with twisted brickwork columns that create playful effects of light and shadow. The team used a brick common to Chicago, where the property is located, that is made local clay and comes in different hues.

The screen offers privacy to the graveled courtyard and the main house, which features walls made of large expanses of glass. 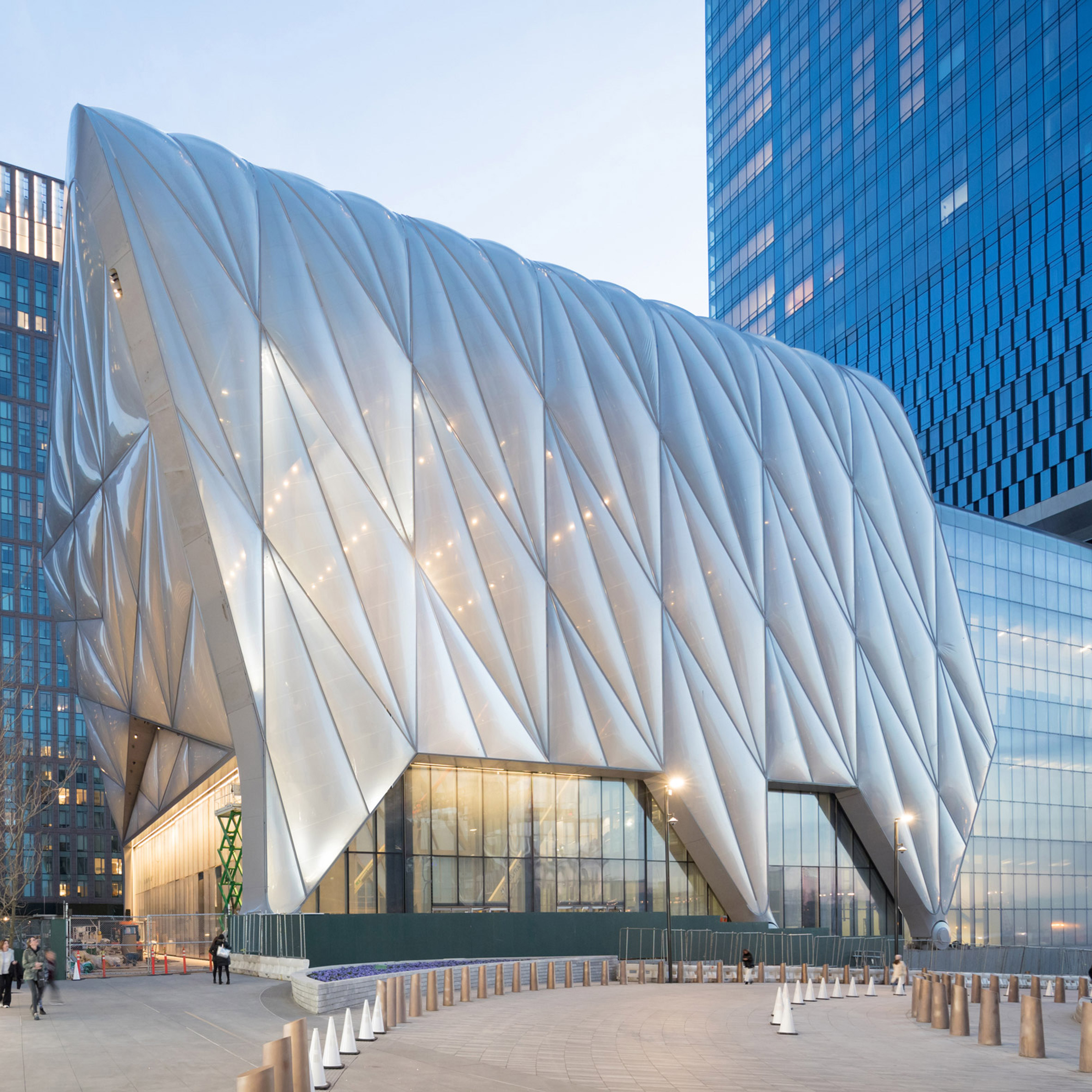 This year saw the completion of the first phase of the long-awaited Hudson Yards neighbourhood that developers Related are building over an active rail yard on Manhattan’s West Side.

Among the completed project so far are The Shed cultural centre with a telescoping roof, designed by Diller, Scofidio + Renfro, and The Vessel structure designed by Heatherwick Studio.

Find out more about Hudson Yards › 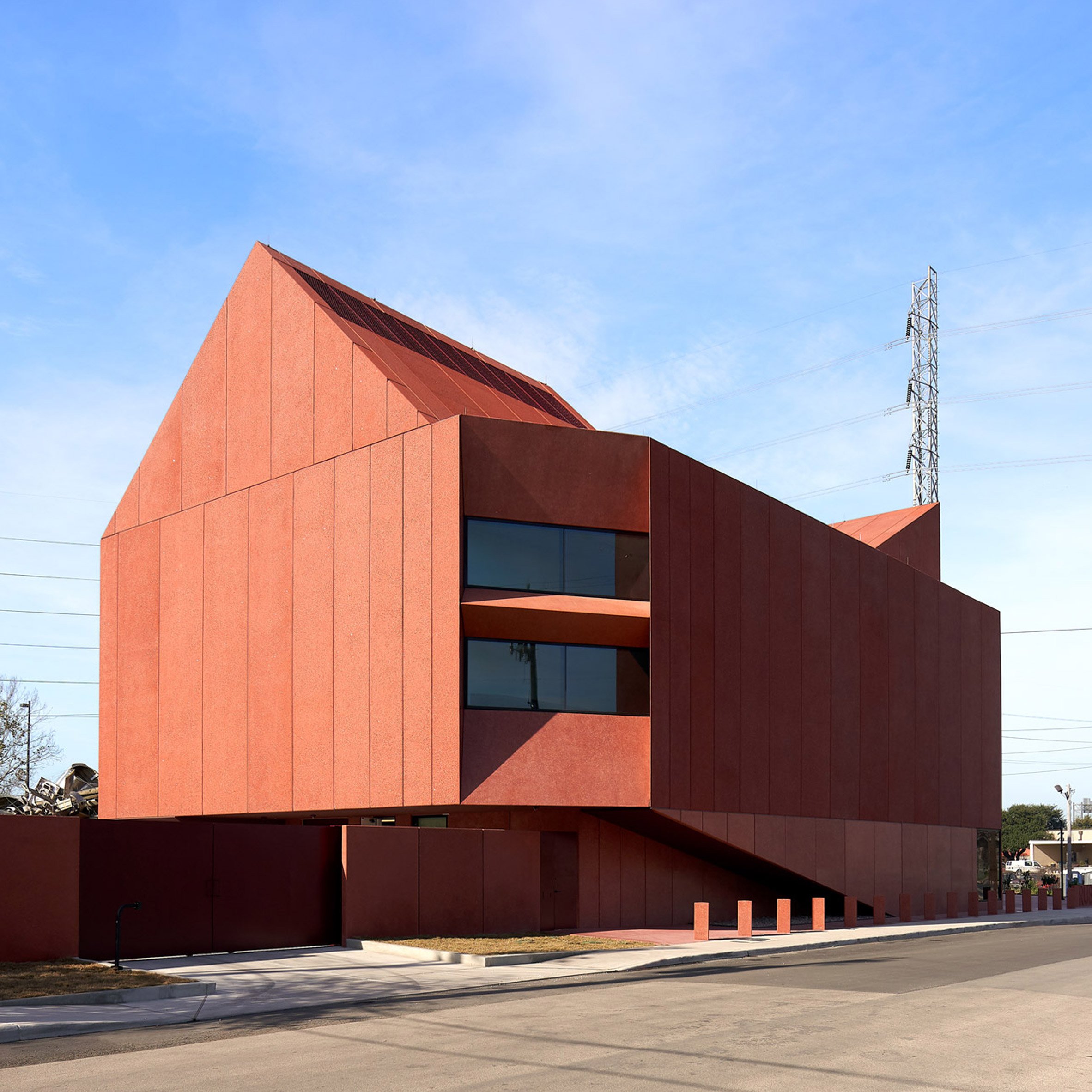 The exterior is punctured by a series of windows including one that runs along the ground floor. Rooflights placed in the two angular volumes flood the galleries with natural light. 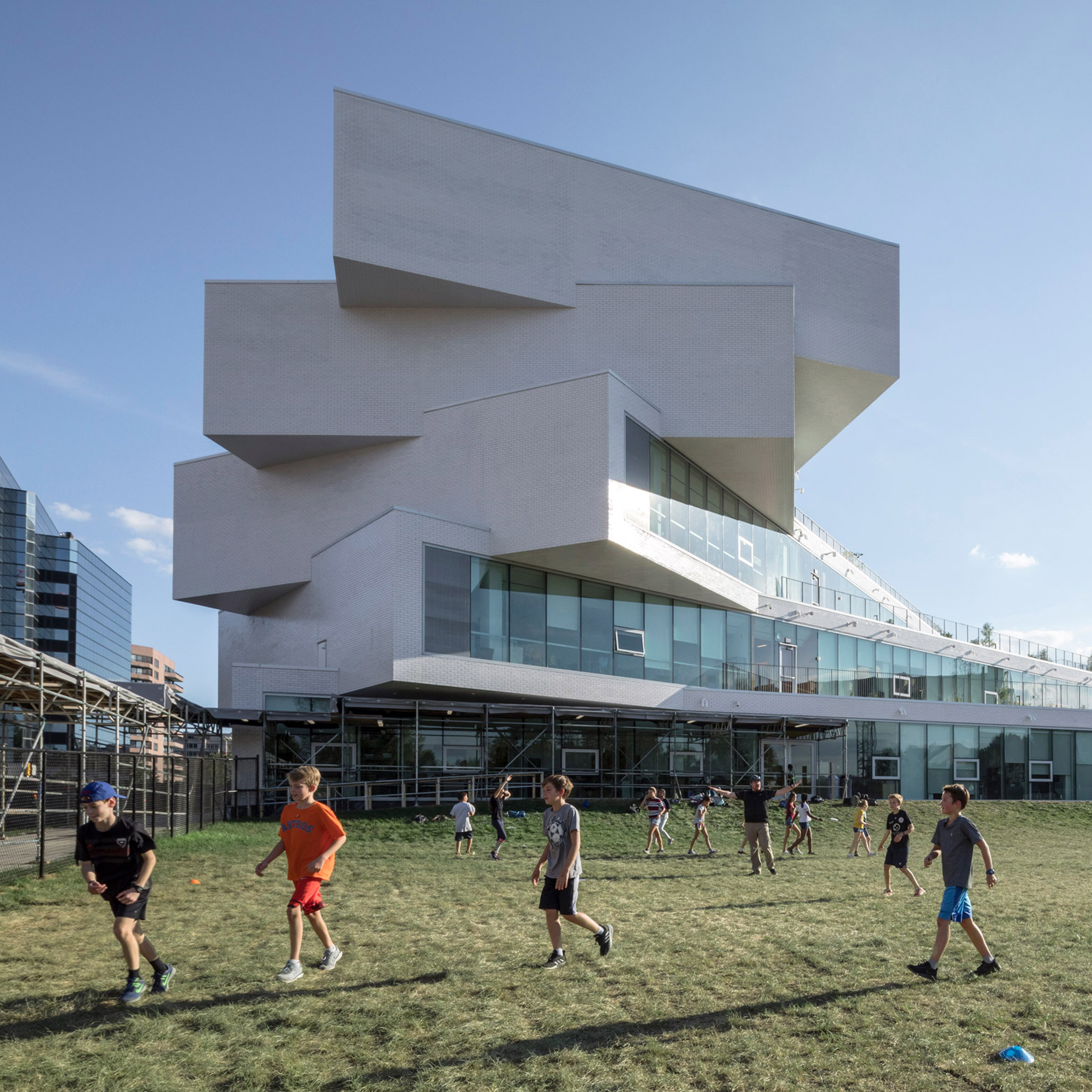 The Heights, Virginia, by BIG

Bjarke Ingels’ firm BIG continued to dominate the architectural scene in the US this year. A highlight is this fan-shaped school located on a tight plot in Arlington, Virginia , which the firm designed to create a series of stepped terraces that are accessible from the classrooms.

The public school comprises five white-brick volumes that look like they are slotted on top of each other. Inside, they each have a different classroom level, finished off in bold colours.

Find out more about The Heights › 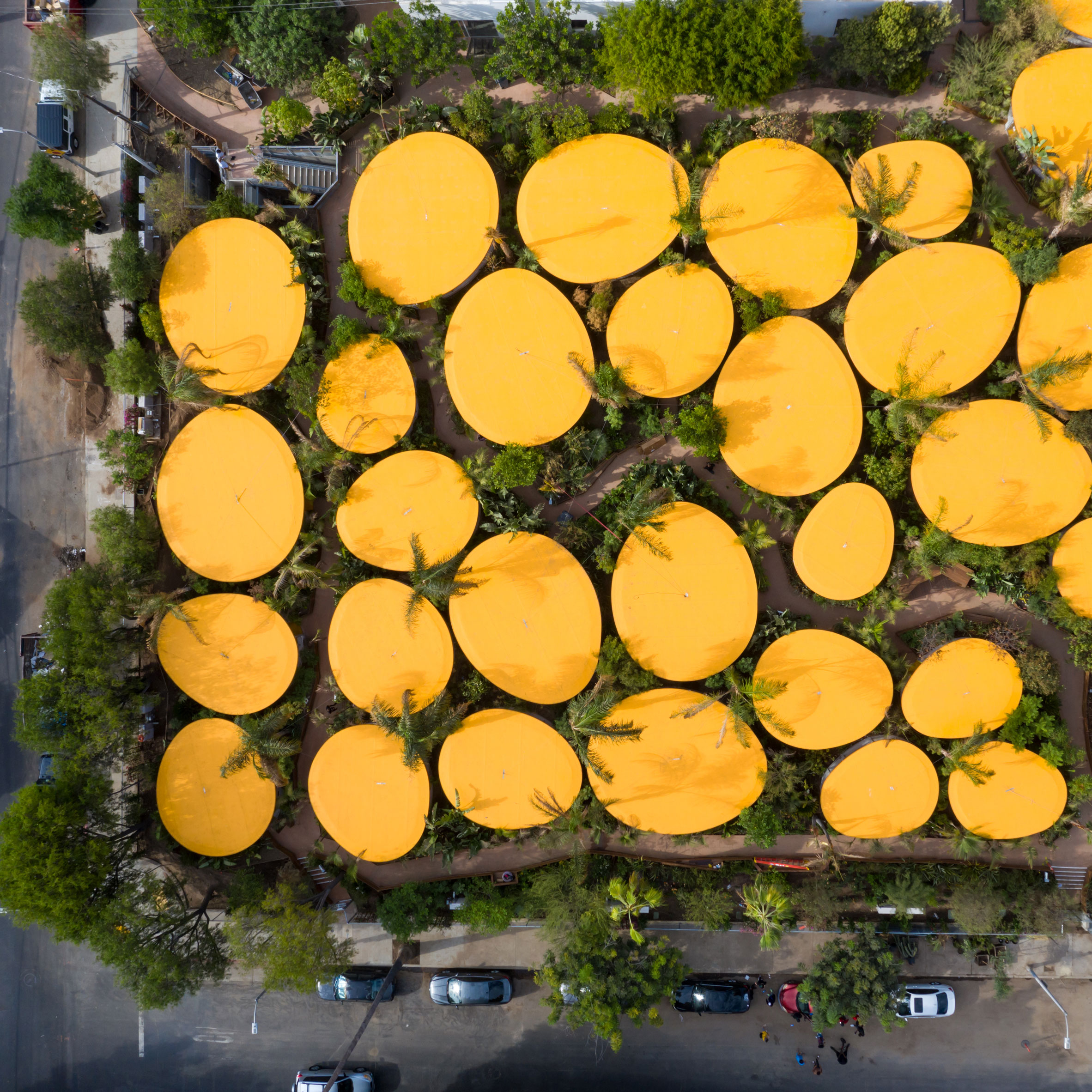 Members of Second Home Hollywood can rent yellow-roofed work pods built on top of a former car park with 6,500 plants growing up in between. Additional workspace, a library, and events space are housed in the neighbouring Anne Banning Community House, which dates back to the 1960s and was also renovated for the project.

Designed by Spanish firm Selgas Cano, it marks the British co-working company’s first location in the US. Check out this Dezeen video for extra details. 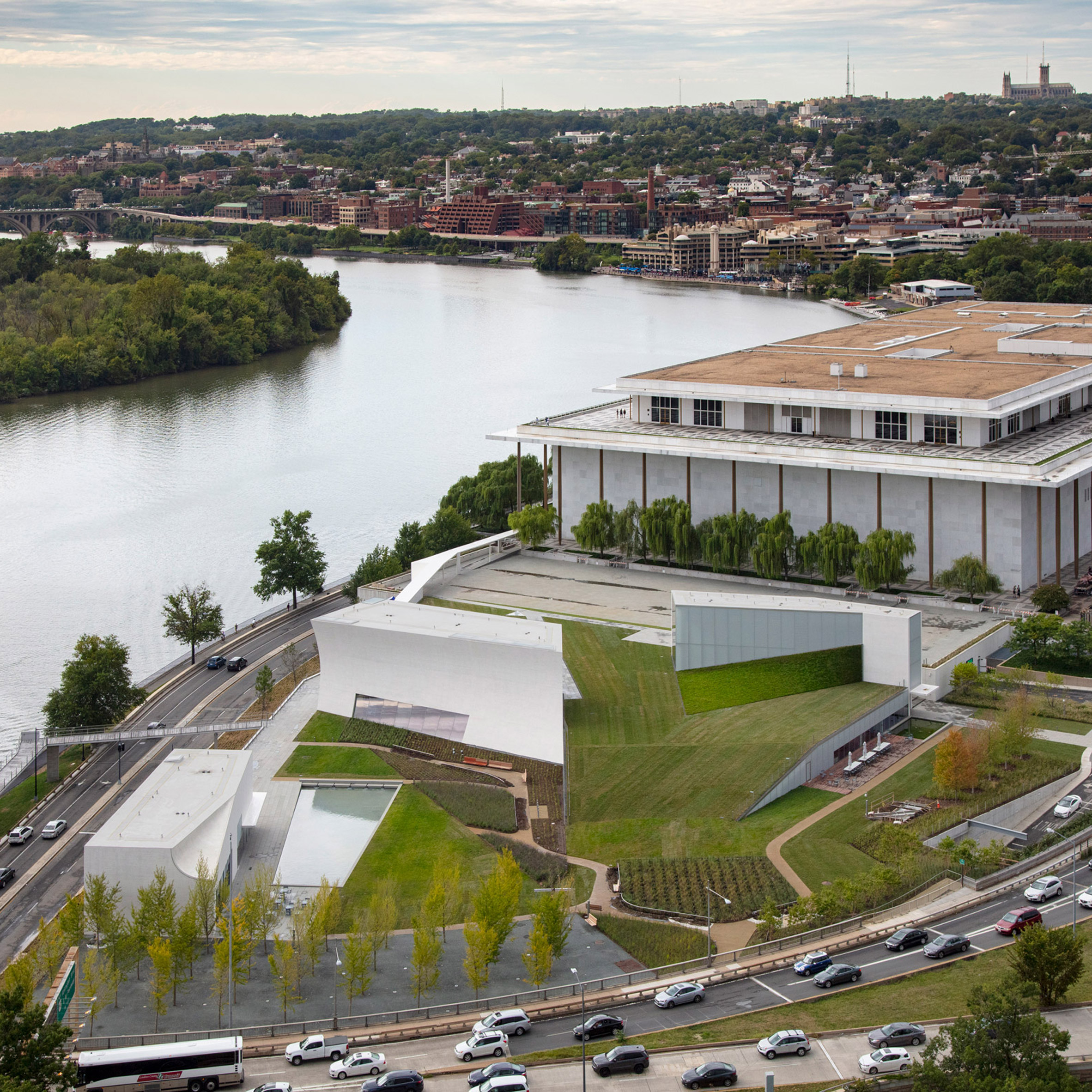 The spaces are mostly hidden underground beneath a grassy knoll, but are marked by three, white-concrete pavilions that protrude above the surface.

Find out more about Kennedy Center › 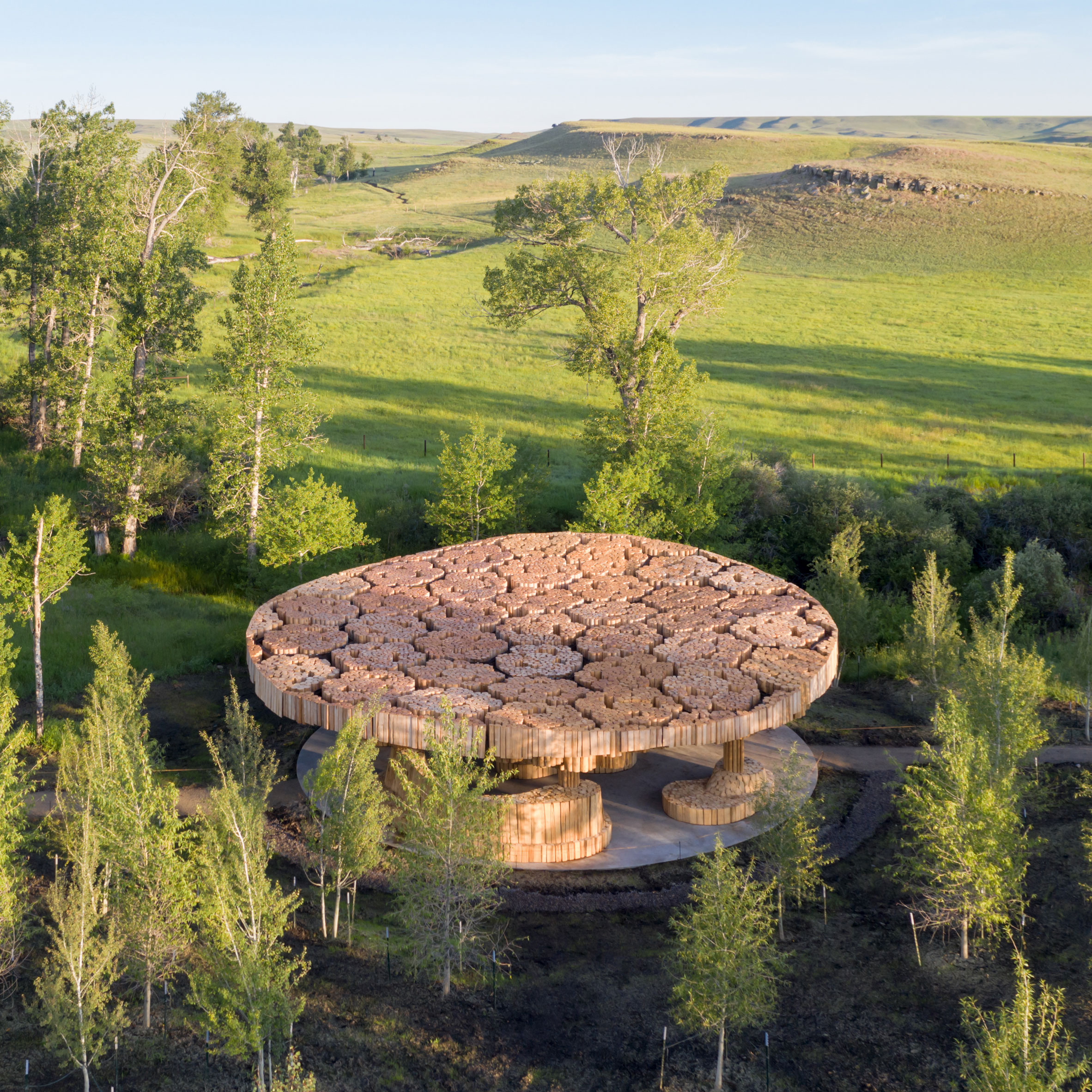 Wood sourced from dead trees was used to build this pavilion for visitors to the Tippet Rise Art Center in Montana, designed by Burkinabe architect Diébédo Francis Kéré.

Bundles of logs are slotted into a modular, hexagonal weathering steel structure to form the roof of the pavilion. The top of the bundles were sliced to create a flat roof, while underneath they extend to different lengths. Other stacks of wood were used to form columns and curvilinear benches arranged to make the most of the surrounding views. 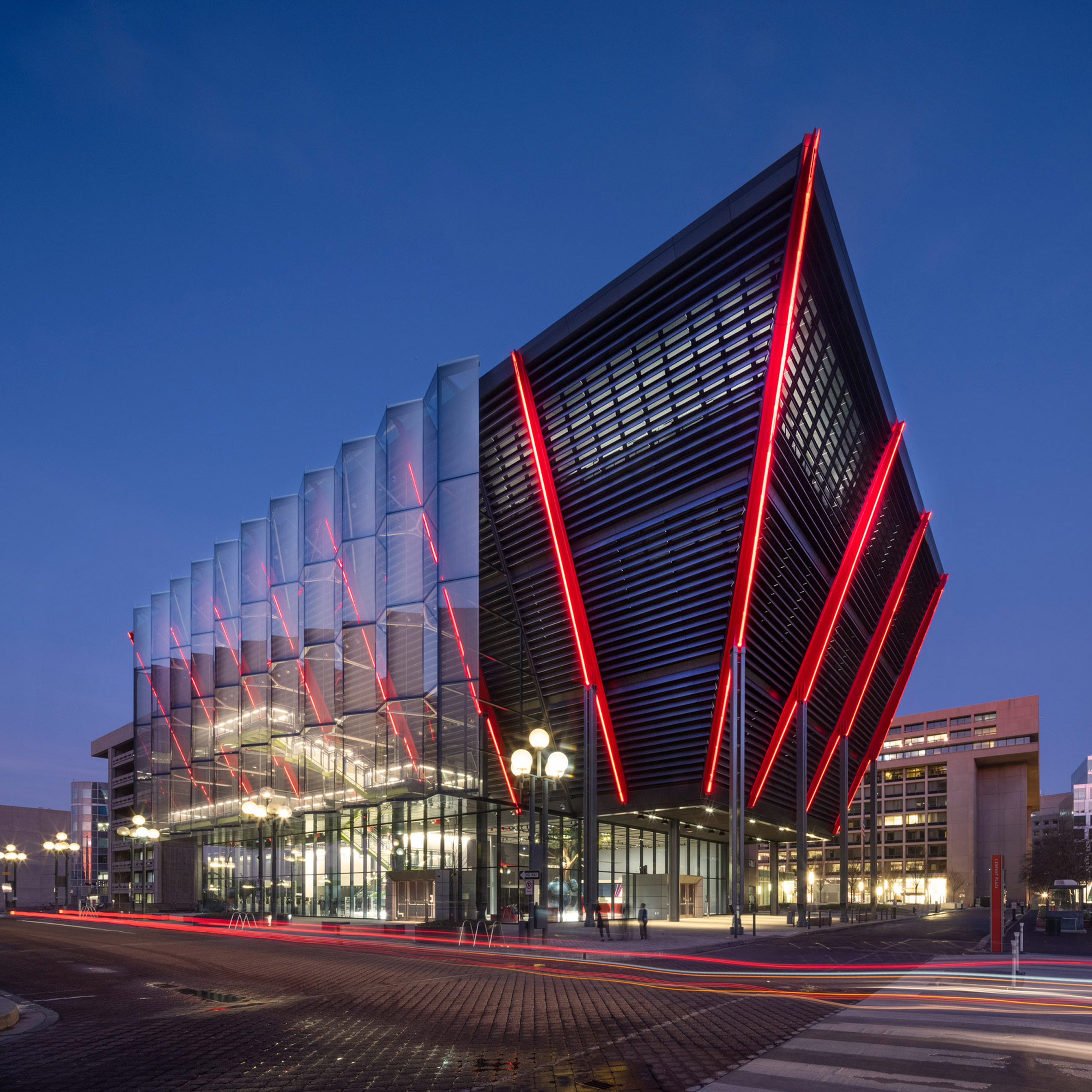 The main body of the building, which resembles an upside-down trapezoid, is elevated above the ground on stilts. A folded glass facade runs along the western side to offer glimpses of the staircase in the museum, which contains a special exhibitions floor, a theatre, a permanent exhibition all dedicated to espionage.

Find out more about The International Spy Museum › 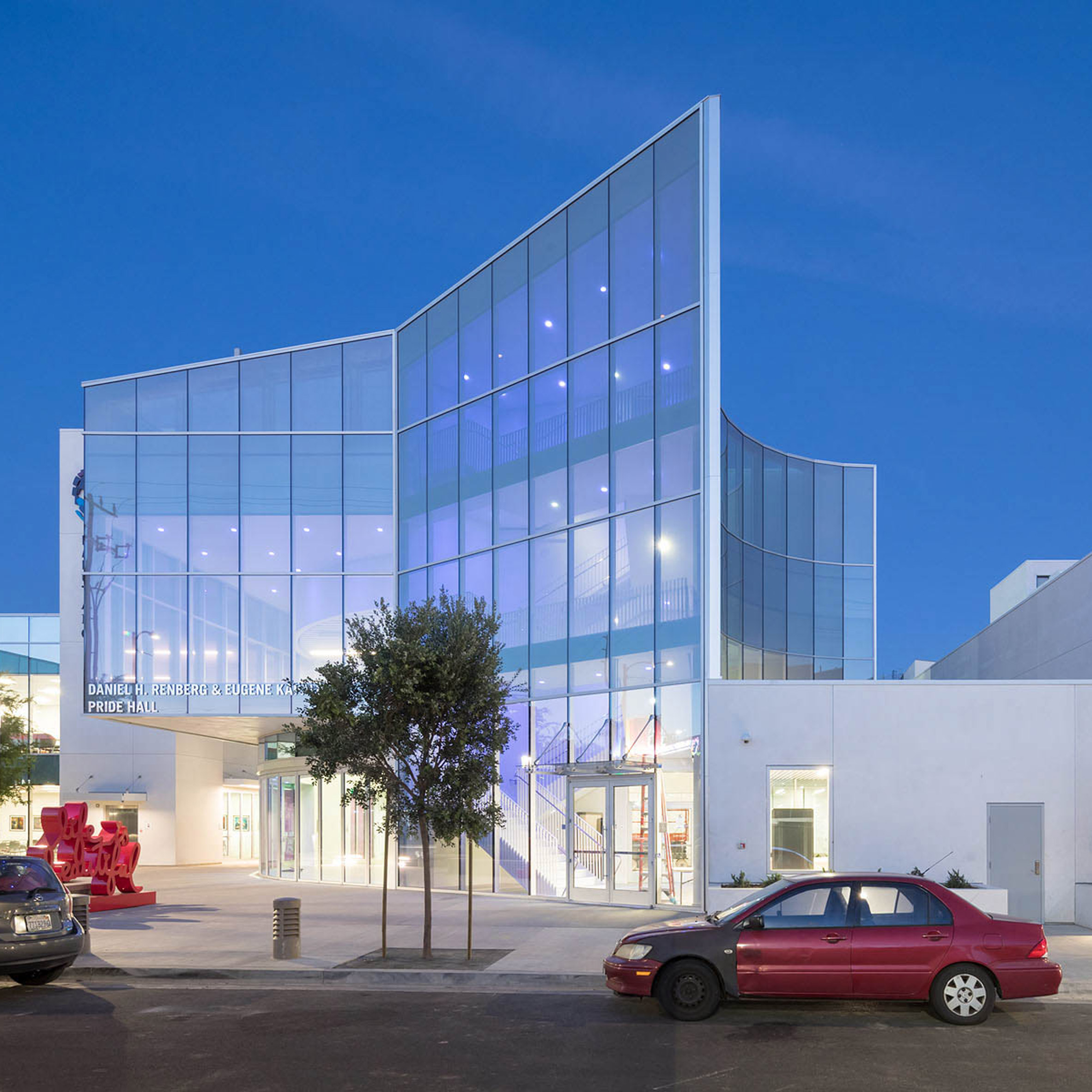 The Anita May Rosenstein Campus, California, by Leong Leong and KFA

US firms Leong Leong and KFA completed the expansion of The Anita May Rosenstein Campus to form a community facility for Los Angeles’ LGBT+ community.

It comprises glass volumes with rounded and angular edges and courtyards that are added to separated different elements of the programme, including a youth centre, a drop-in centre, a youth academy, career services, a senior centre, and a dormitory to sleep up to 100 homeless people.

Find out more about The Anita May Rosenstein Campus › 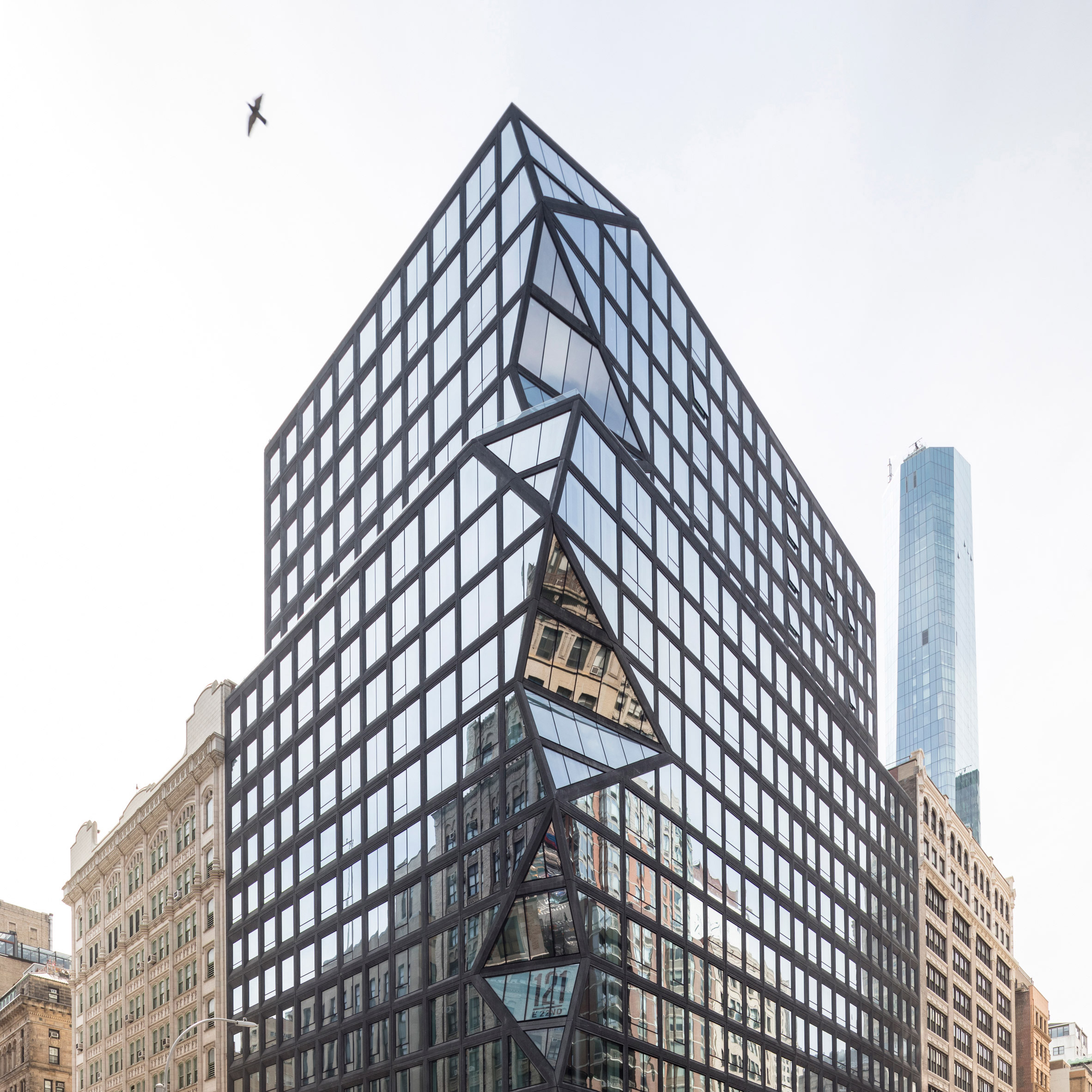 Located in Manhattan, it is a glazed apartment block marked by a fragmented window running up the exposed corner edge.

The post Dezeen’s top 10 US architecture projects of 2019 appeared first on Dezeen .