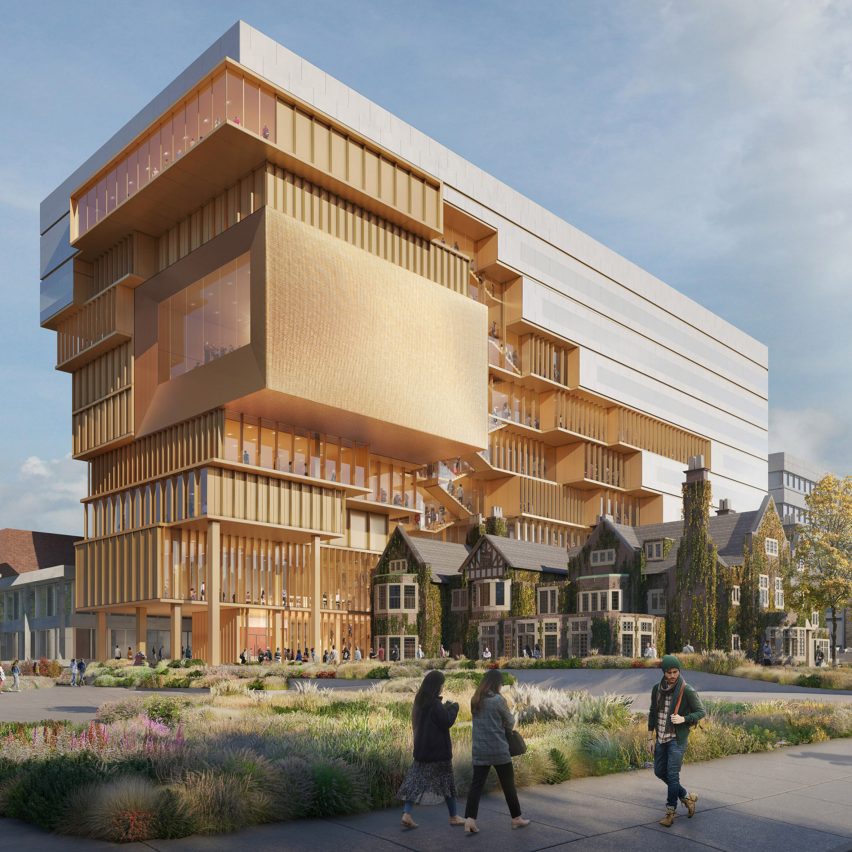 New York architecture firm Diller Scofidio + Renfro has revealed it design for a new campus building at the University of Toronto, featuring indented floors that cut into one side.

Diller Scofidio + Renfro (DS+R)’s 90 Queen’s Park will be a multidisciplinary facility, intended as a “hub for urban and cultural engagement” for the University of Toronto.

Newly released renderings reveal that the nine-storey building has a dual construction: one side of the exterior is flush with floors stacked evenly on top of one another, while the other is made up of staggered indented volumes.

Some portions are single-, double-, and triple-height to create a layered effect, while others are glazed to give the appearance of the exterior peeling away. 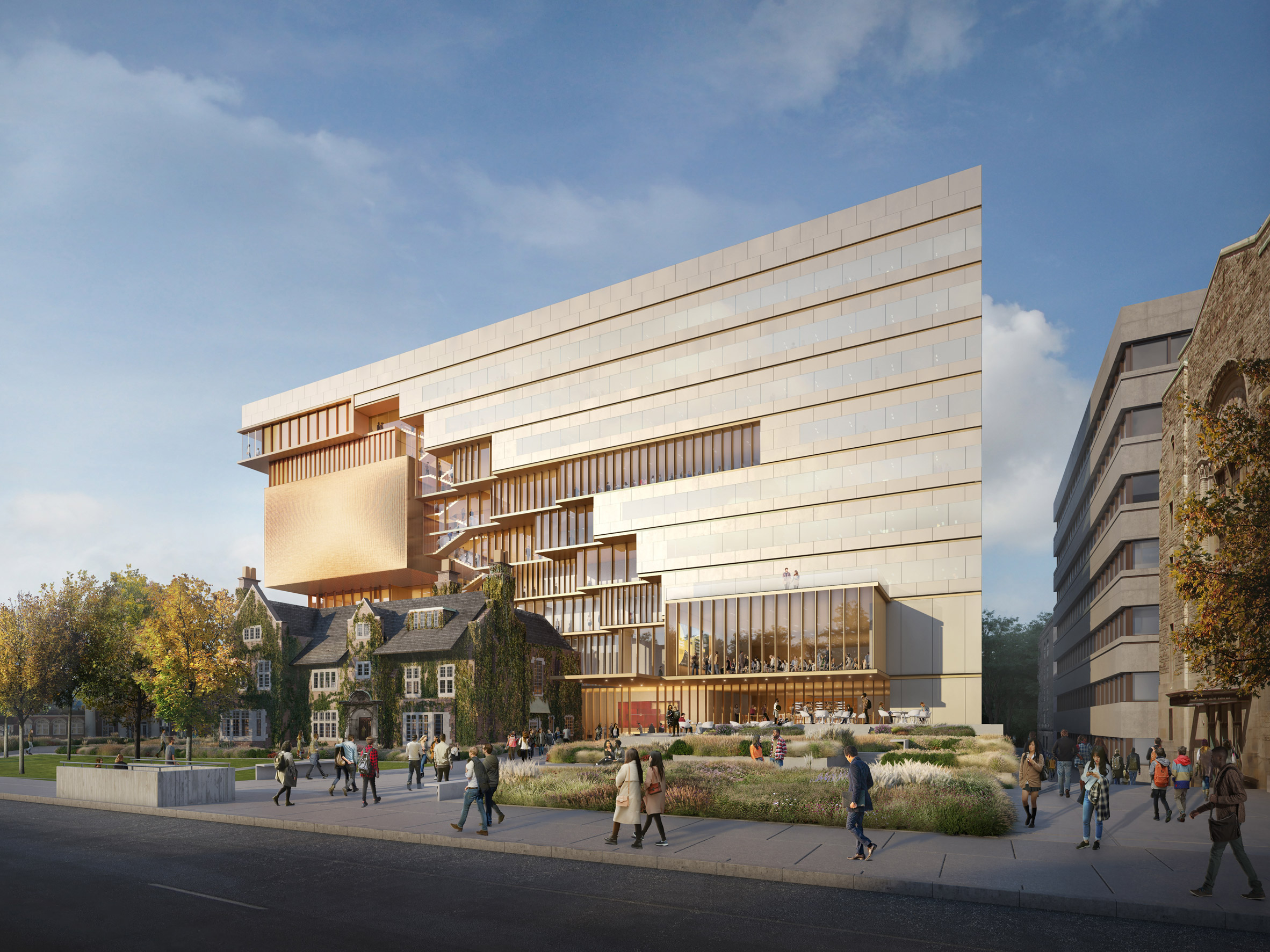 Released this week, the images and details mark the latest update to the design, which DS+R won in a 2016 competition. The firm is working in collaboration with local studio Architects Alliance as the project’s executive architect, with DS+R as the design consultant to the architectural team. Also based in Toronto, ERA Architects is acting as a consultant regarding the heritage building on the site.

DS+R’s design team describes the building as having a “dual identity” and is envisioned to accommodate its neighbour, the three-storey masonry Falconer Hall completed in 1887, as well as hinting at its varied uses.

“Our ambition is to achieve a masonry with an attractive, optical quality that expresses a lightness to the cantilevered portions of the building floating above the ground level plazas,” DS+R told Dezeen.

“The northern facade is comprised of a fritted vision glass and metal panel that reads as fairly uniform in tonality to contrast to the stepped, eroded side of the building which features low reflective glass and aluminium.”

Although still in its preliminary stages, the building is proposed to be built with glass and masonry, drawing on brick structures in the surrounding area. 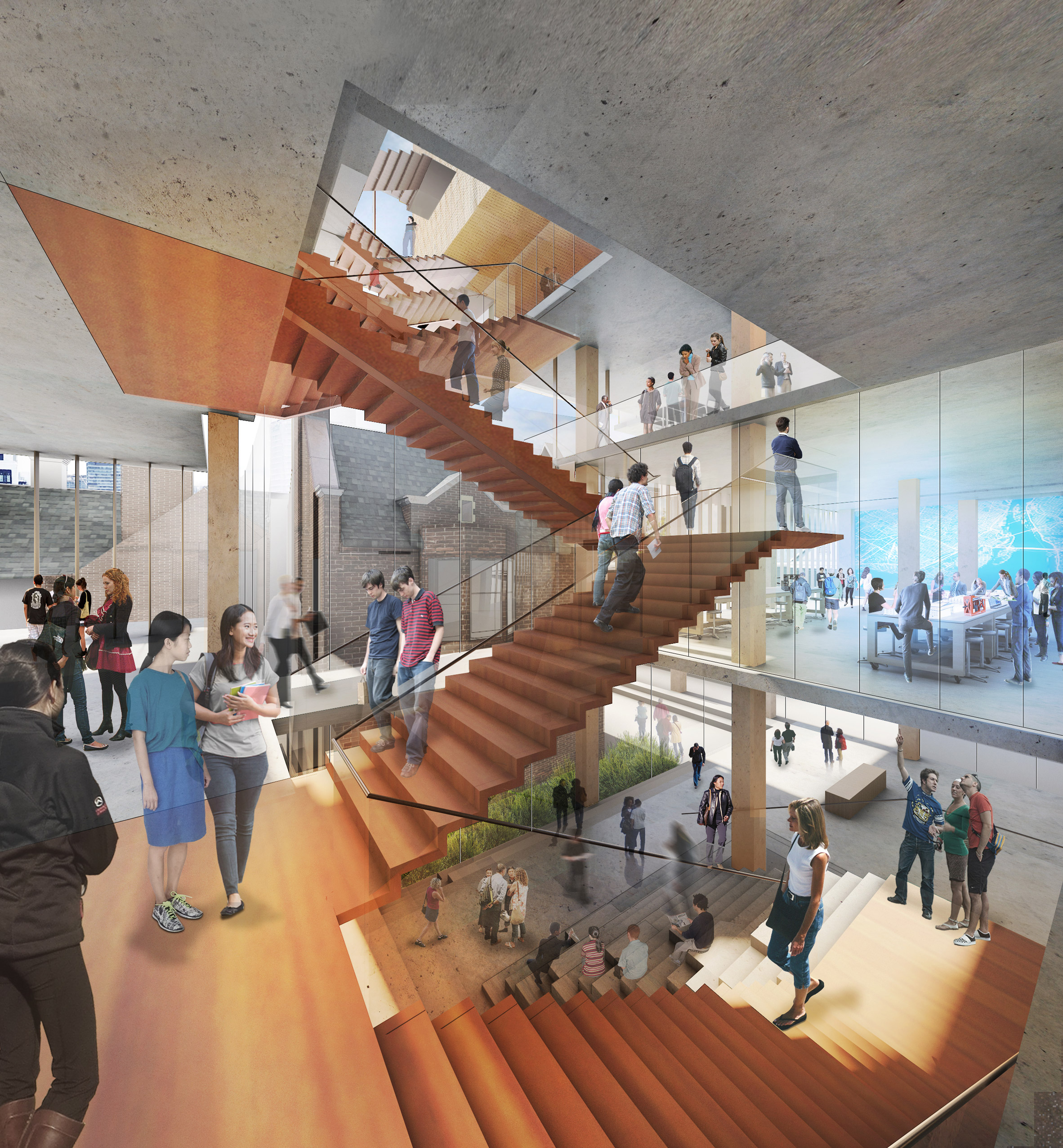 90 Queen’s Park will occupy the site of the old McLaughlin Planetarium, which closed in 1995. It will provide the permanent home for the university’s urban-focused research, educational and outreach initiatives, called the School of Cities.

In the latest design, the ground floor of the complex contains a lobby, cafe, lounges and toilets. A central atrium and stairs link all floors up the centre, with additional clusters of study areas and meeting rooms.

Midway up the building, is a double-height, 200-seat music recital hall, with large window and south-facing views of the Toronto skyline. Another 400-seat event space with a similarly large window is planned above the music hall.

DS+R’s project also includes additional spaces for the jagged Royal Ontario Museum (ROM), which was built by Studio Libeskind in 2007 on the site adjacent to 90 Queen’s Park’s. 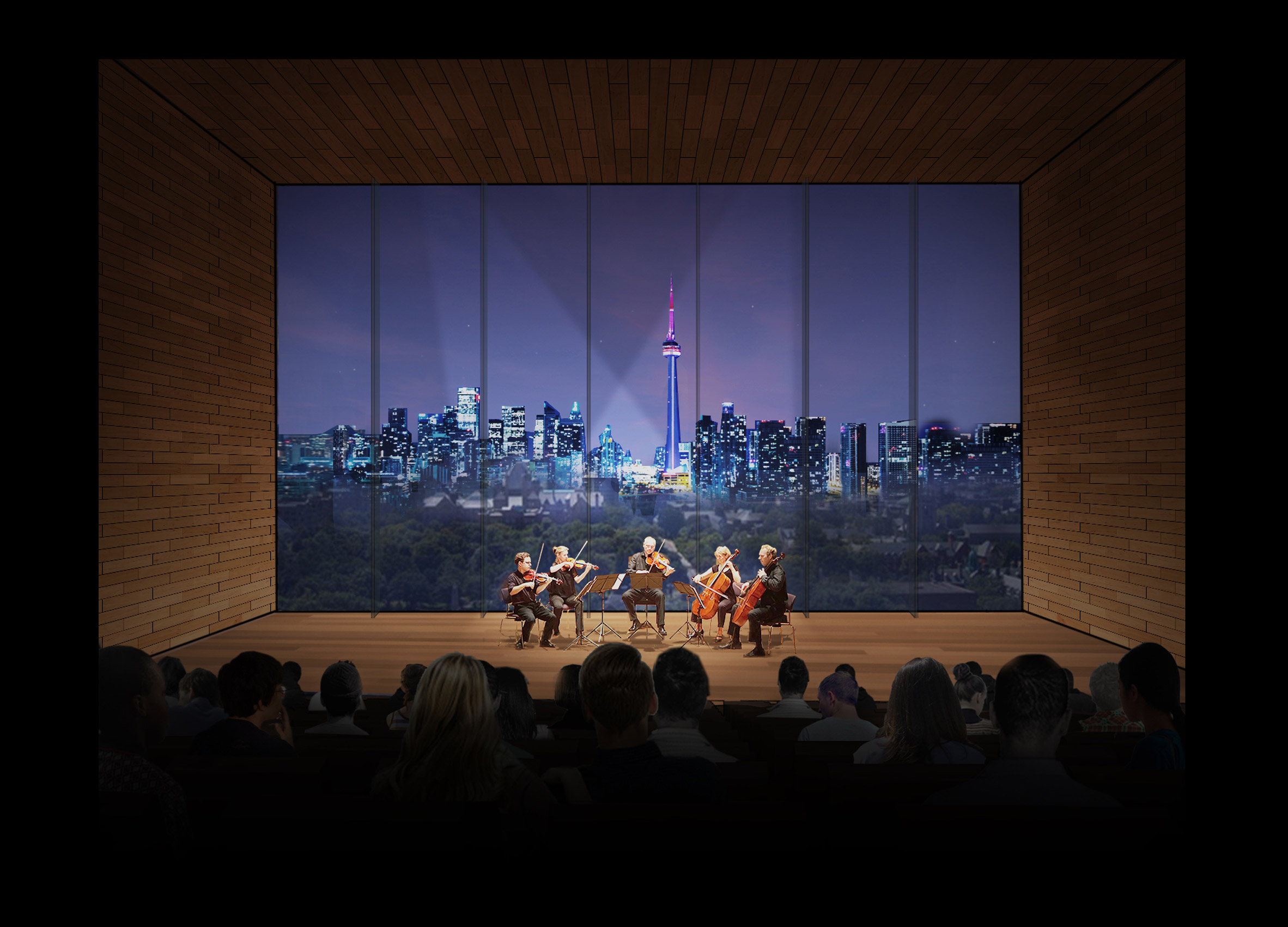 DS+R is based in New York’s Chelsea neighbourhood and is led by four partners: Renfro, Elizabeth Diller, Ricardo Scofidio, and Benjamin Gilmartin.

The firm is responsible for a large number of cultural projects. Last month, DS+R proposed another project with a similarly tiered construction for the London Centre for Music at the Barbican.

The University of Toronto has a dynamic combination of buildings styles, ranging from contemporary to Romanesque and Gothic Revival.

Among other recent buildings on campus are the Jackman Law Building designed by Hariri Pontarini and B+H Architects, and Patkau Architects and MacLennan Jaunkalns Miller Architects’ Goldring Centre – both of which were completed in 2016.

The since-moved department of astronomy and astrophysics intends to build a new complex near to DS+R’s facility at 50 Saint George Street.