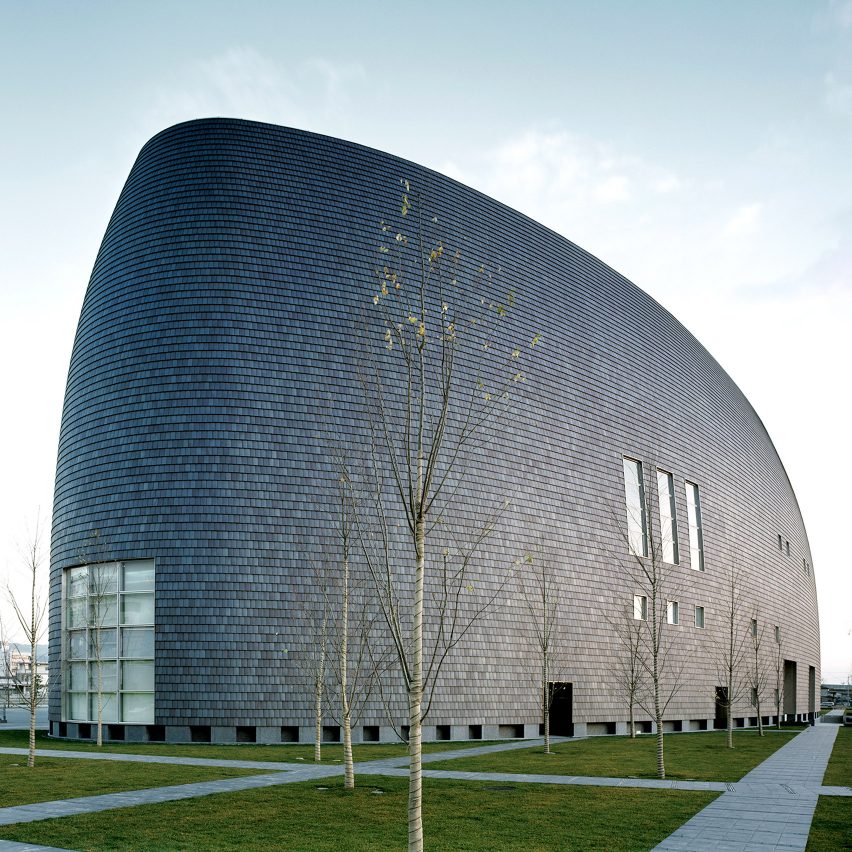 Who is Arata Isozaki? Here’s a look at eight notable projects by the Japanese architect, who has been named this year’s laureate of the prestigious Pritzker Prize.

Isozaki, 87, is recognised as Japan’s most influential postwar architect, and has been described by the Pritzker Prize jury as “a versatile, influential, and truly international architect”.

His career began working for fellow Pritzker Prize winner and Japanese architect Kenzo Tange in 1954, after graduating from the University of Tokyo with a degree in Architecture and Engineering.

Nine years later he established his own firm, and went on to build his reputation with a plethora of buildings across Asia, Europe, North America, the Middle East and Australia – designed in a variety of styles. He has received both the RIBA Gold Medal for architecture and Leone d’Oro at the Venice Architectural Biennale in recognition of his work.

Isozaki is the 46th recipient of the illustrious Pritzker Prize, and the eighth Japanese architect to have received the honour.

Read on for details of eight notable projects by Isozaki:

Isozaki worked with artist Anish Kapoor to create this inflatable mobile concert hall, which was created to tour regions affected by a major earthquake and tsunami in 2011.

It housed a 500-seat performance venue, and was made from a stretchy plastic membrane that could be quickly inflated or disassembled to be transported to a new location. 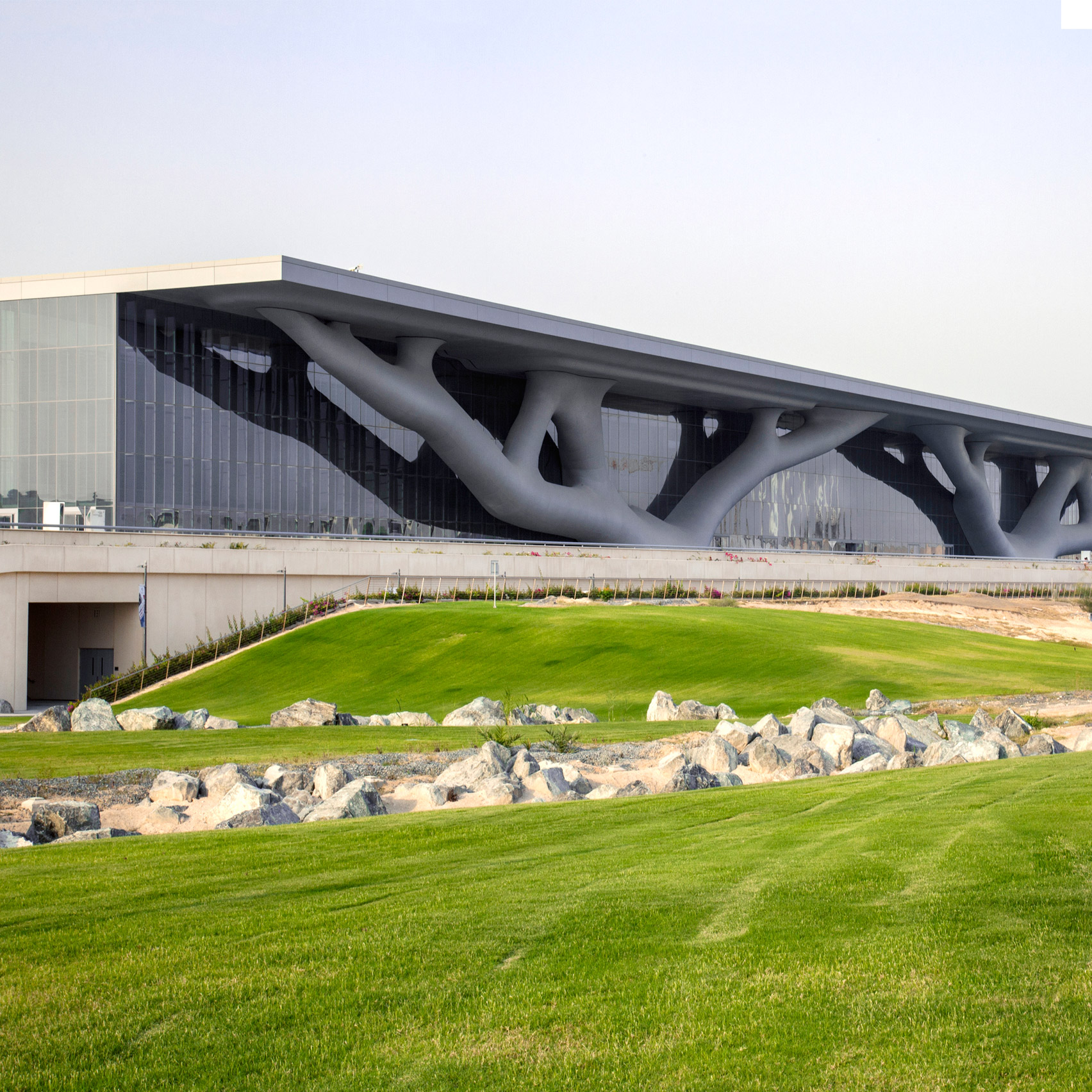 Gigantic tree-like columns support the overhanging roof of the Qatar National Convention Centre, which Isozaki designed as a reference to the holy Islamic Sidrat al-Muntaha tree.

The columns stand in front of the building’s large rectangular glass facades, which enclose the largest exhibition centre in the Middle East, accommodating up to 7,000 people in its three main halls. 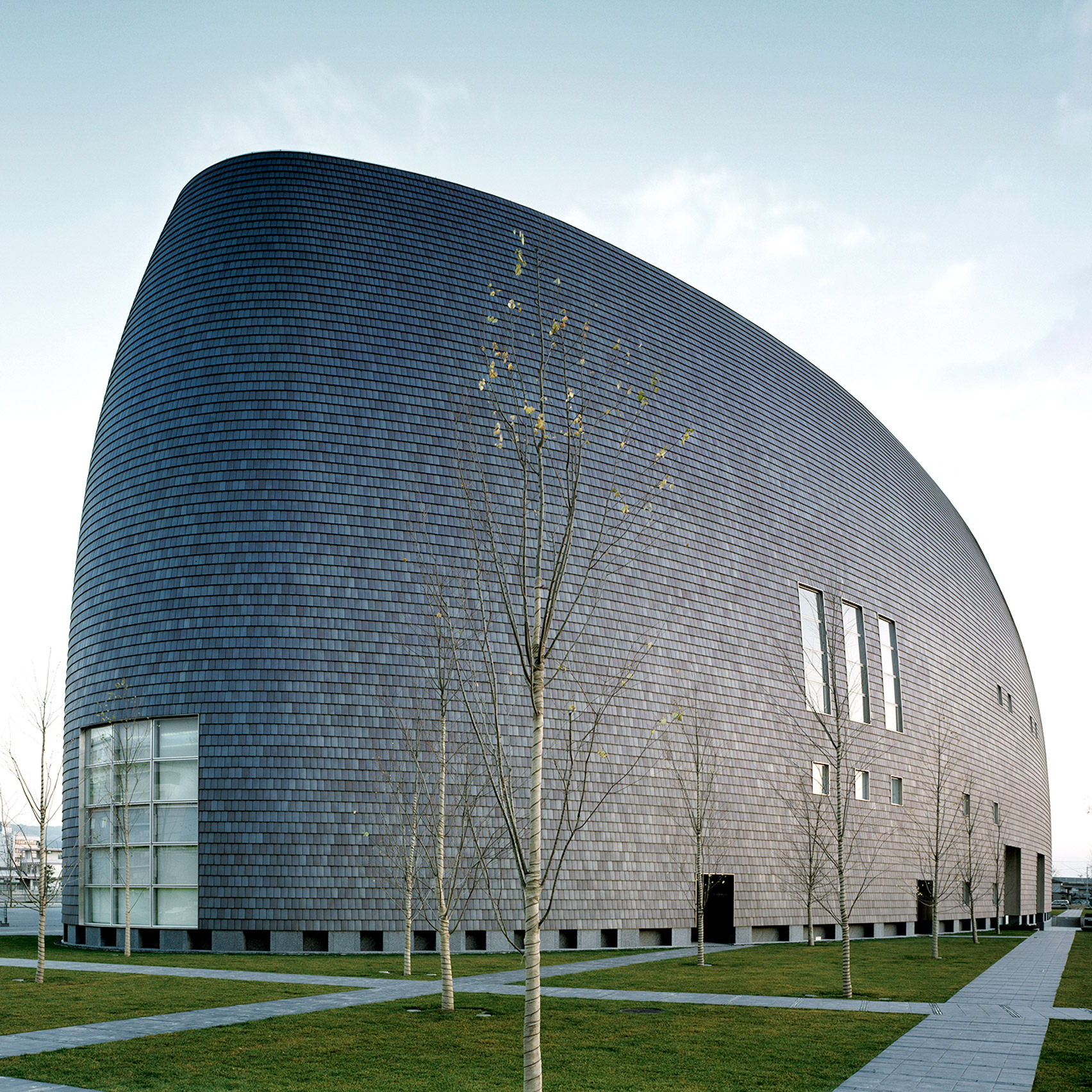 The winning entry of an international competition held in 1992, this multifunctional events space was completed for the centennial celebrations of Nara’s recognition as an official city.

The building is distinguished by its giant curving profile and facade of zinc and grey ceramic tiles, which make reference to the roofs of the city’s Todaiji Temple. 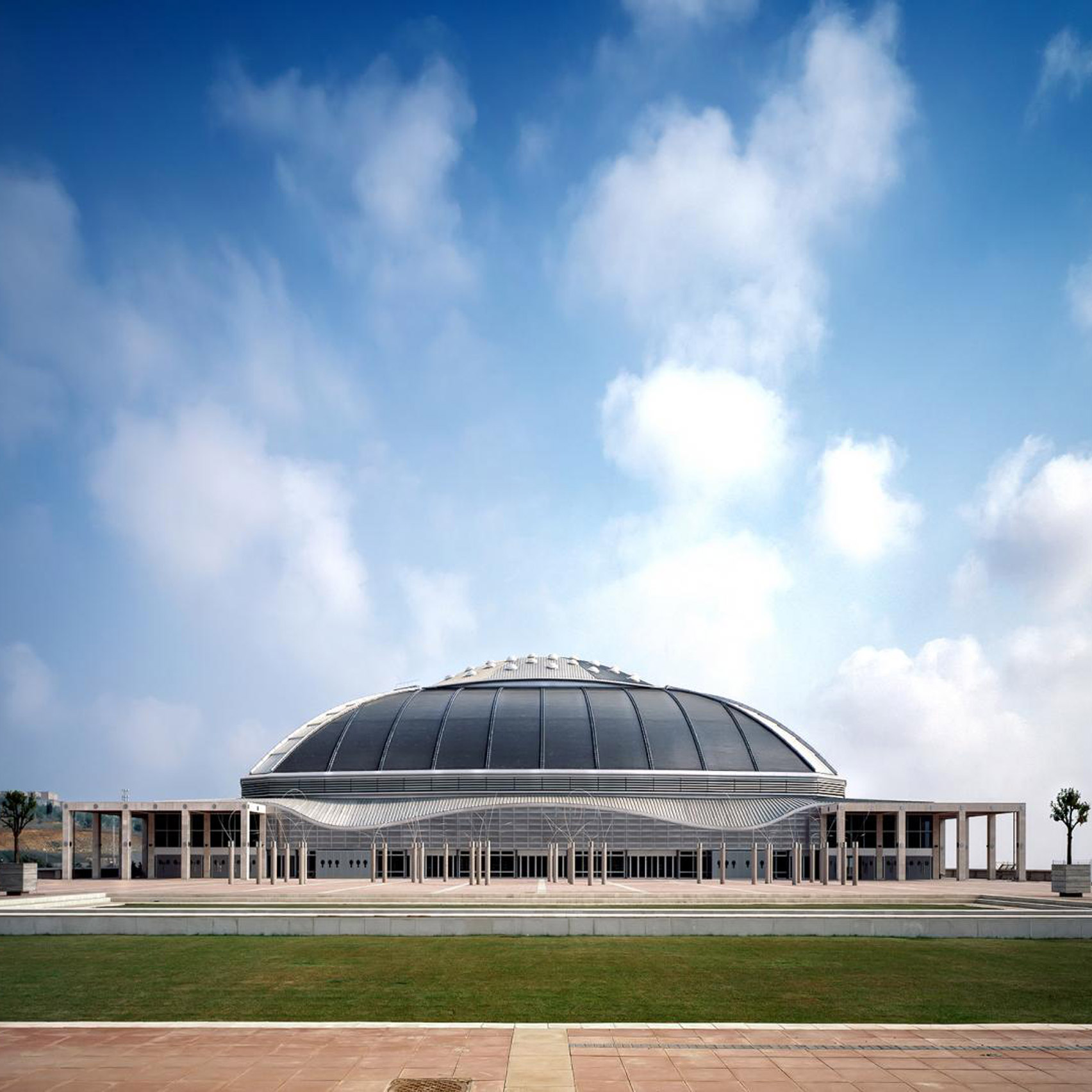 One of Isozaki’s best-known buildings is the Palau Sant Jordi in Barcelona, a sports facility completed for the 1992 Summer Olympic Games.

The 17,000-seat arena is covered by domed roof informed by traditional Catalan vaults, and finished in locally-sourced materials including brick, tile, zinc and travertine.

This prestigious concert hall was designed by Isozaki in collaboration with acoustician Yasuhisa Toyota as the new home of the Shanghai Symphony Orchestra.

The 1,200-seat concert hall is accommodated within a saddle-shaped building clad in terracotta bricks. The structure sits on giant springs that protect it from the subway system below.

Considered one of Isozaki’s masterpieces, the Museum of Modern Art Gunma has a minimal aesthetic to prevent the architecture competing with exhibits.

It is composed of an arrangement of cubes, combined to form a large rectangular block with projecting wings. Isozaki extended the museum in 1994. 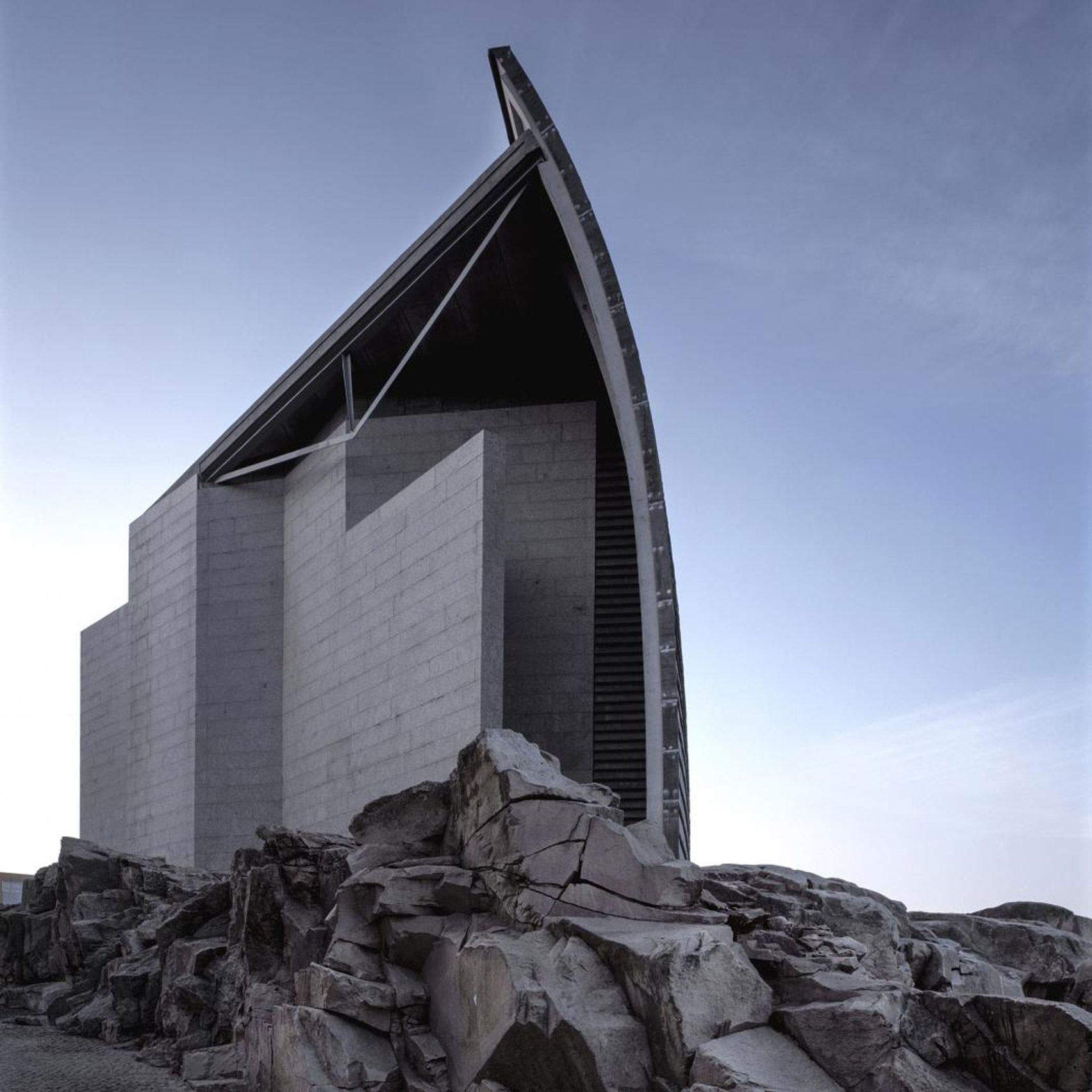 Formerly known as Casa del Hombre, Domus is a science museum designed by Isozaki in collaboration with César Portela.

The building features has large granite walls and a single curved facade composed of 6,600 slate tiles, which enclose a series of exhibition spaces positioned over platforms connected by ramps. 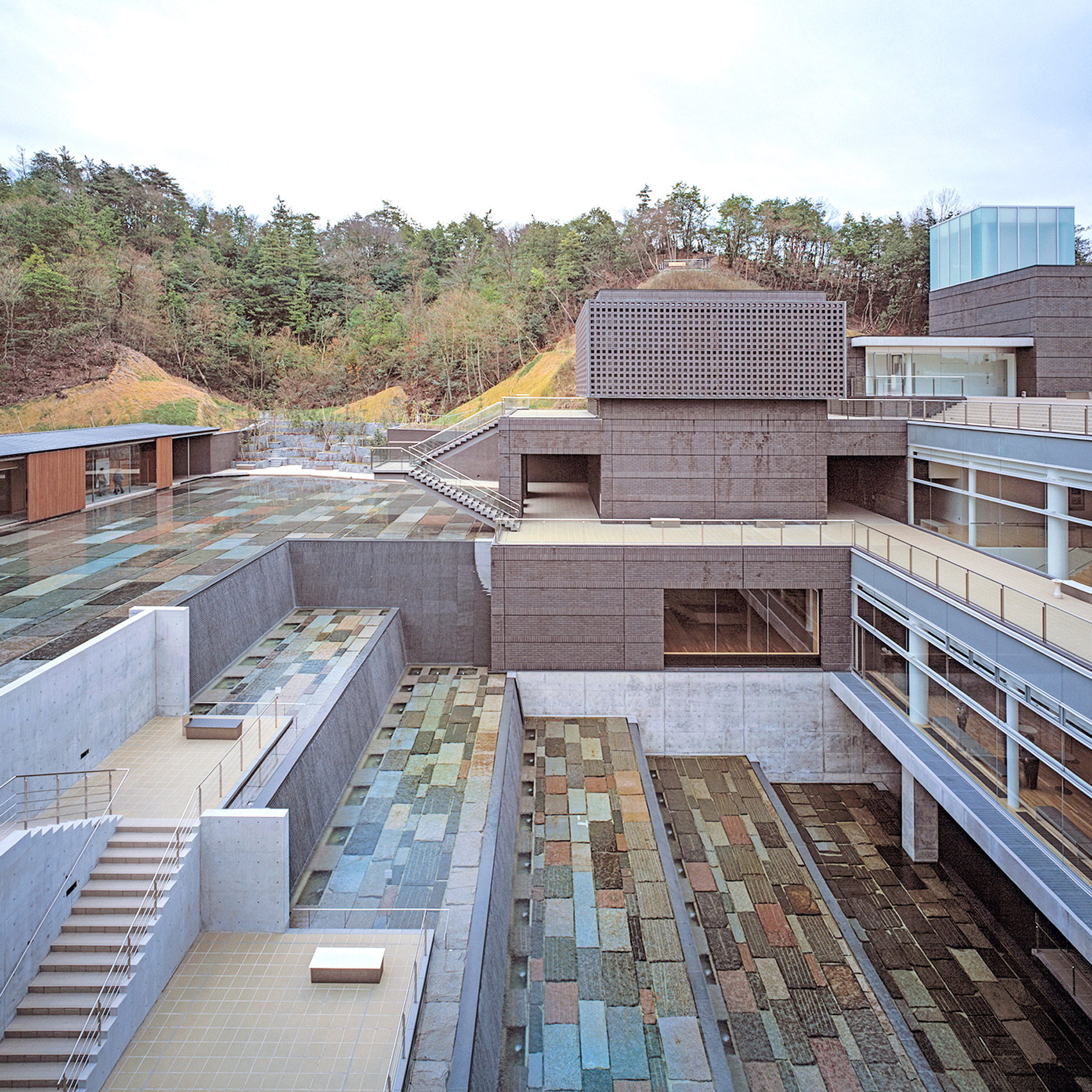 A footbridge covered by a concrete ceiling containing shards of broken pottery opens out to a large rooftop plaza in the Ceramic Park Mino.

Isozaki chose different coloured stones to line the exterior of the museum and the adjoining buildings to mimic the variety of clays found in the Gijo prefecture.