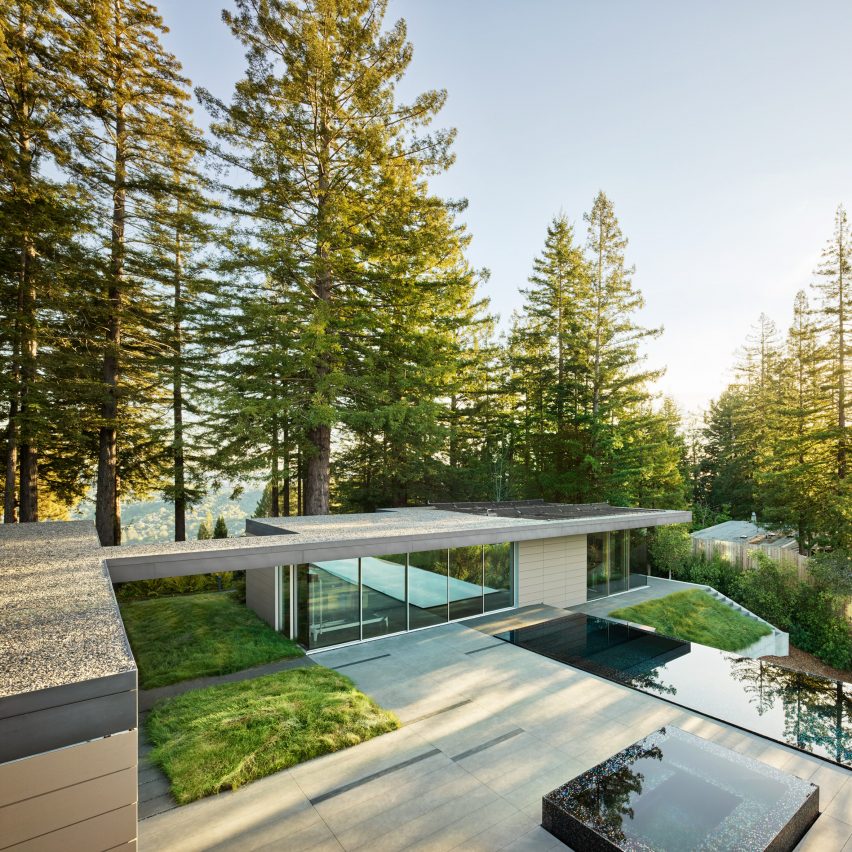 Stacked boxes wrapped in terracotta and glass make up this house near San Francisco, which US studio EYRC Architects has designed to serve as a “tranquil retreat from urban life” for an entrepreneur. 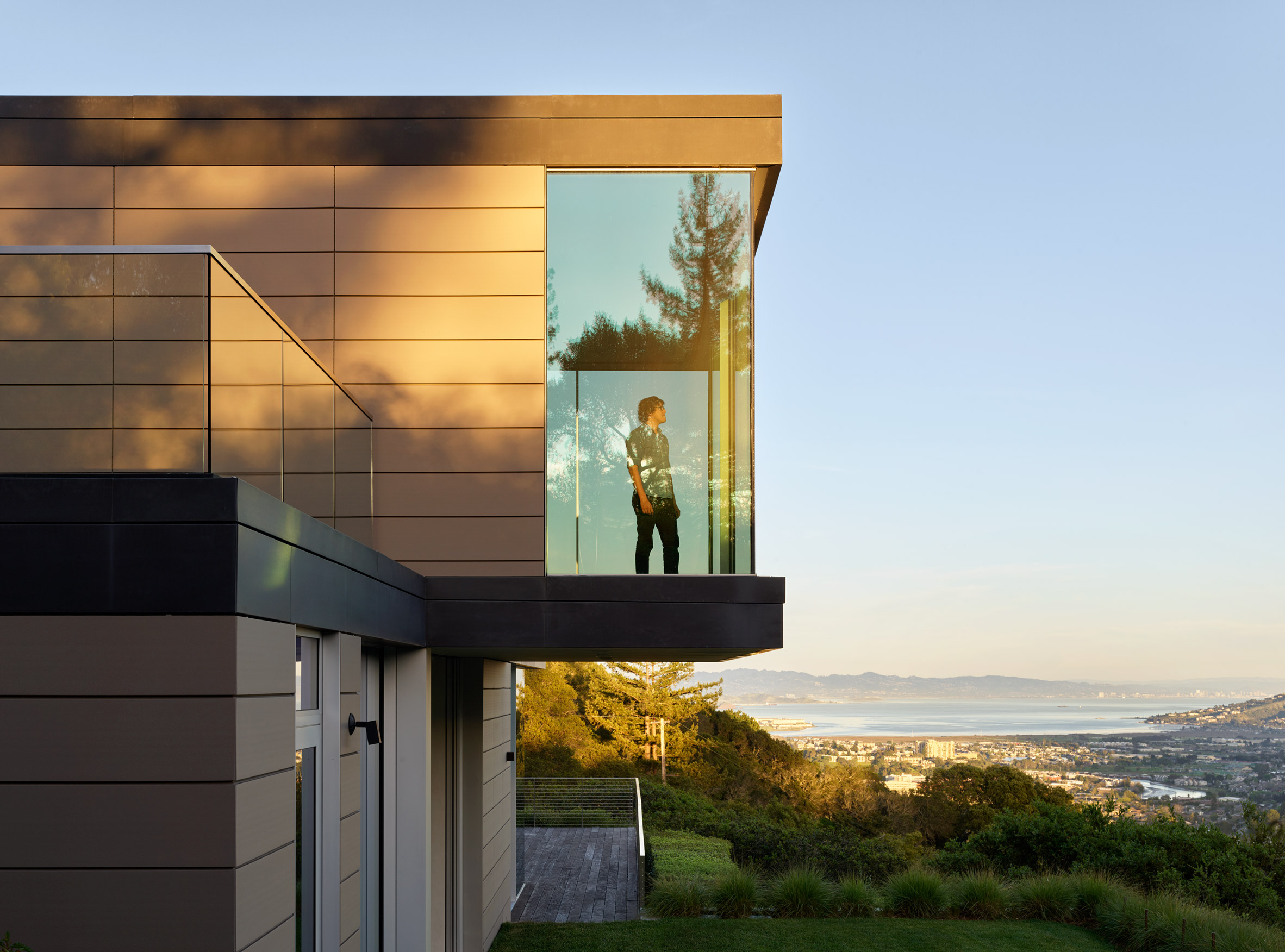 The Spring Road house is located on a forested, hilltop property in Ross, a small town in Marin County. The residence offers sweeping vistas of the surrounding landscape, including Mount Tamalpais and the San Francisco Bay. 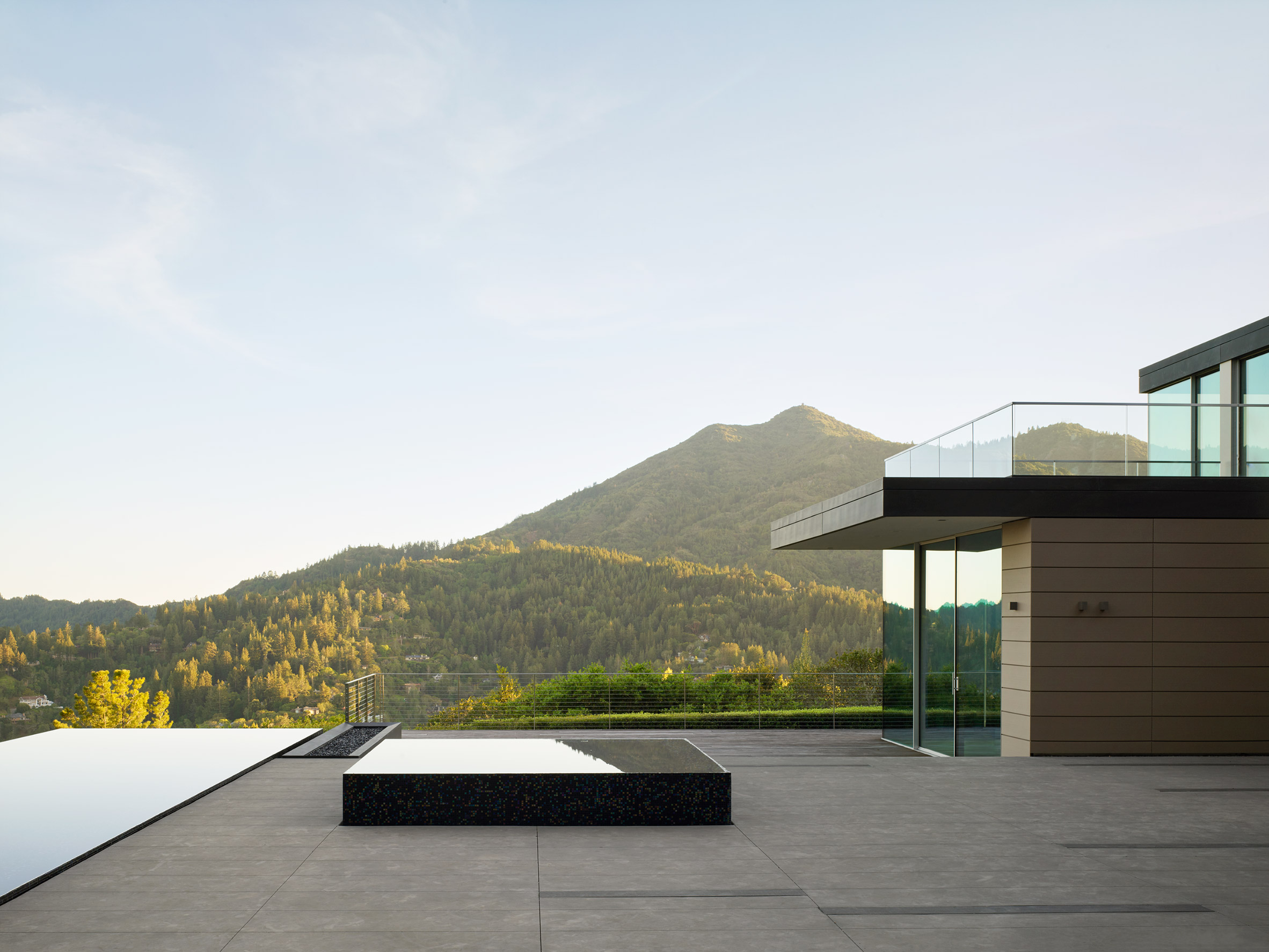 The home was created for a successful entrepreneur, who for years had searched for the ideal spot to build a new home. The client found the features he had long been hunting for in the Marin County property. 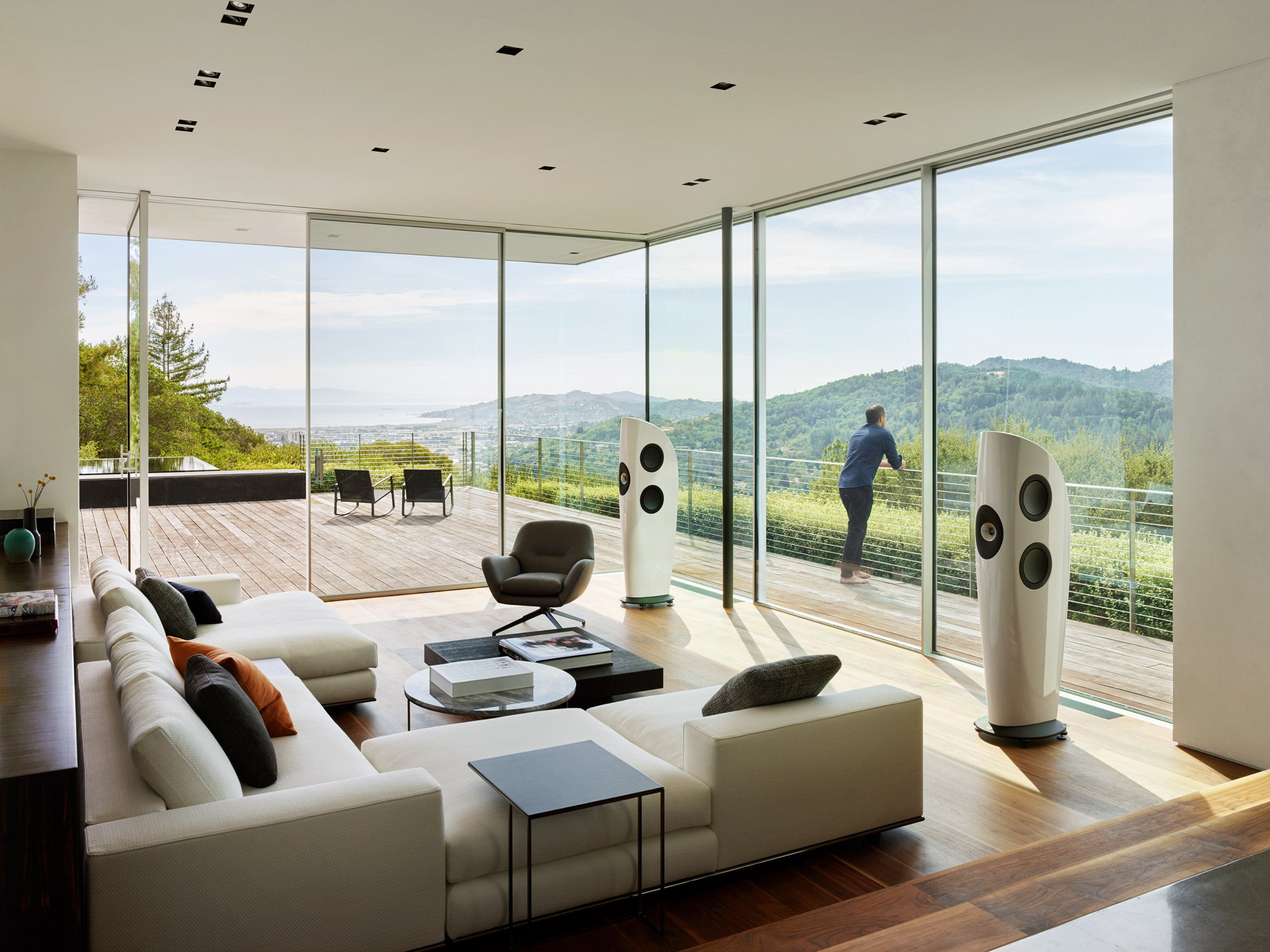 “The site was surrounded by California oaks and old-growth redwoods, offering total privacy,” said EYRC Architects in a project statement. “And from this lofty perch, the fog would roll in and never reach him.” 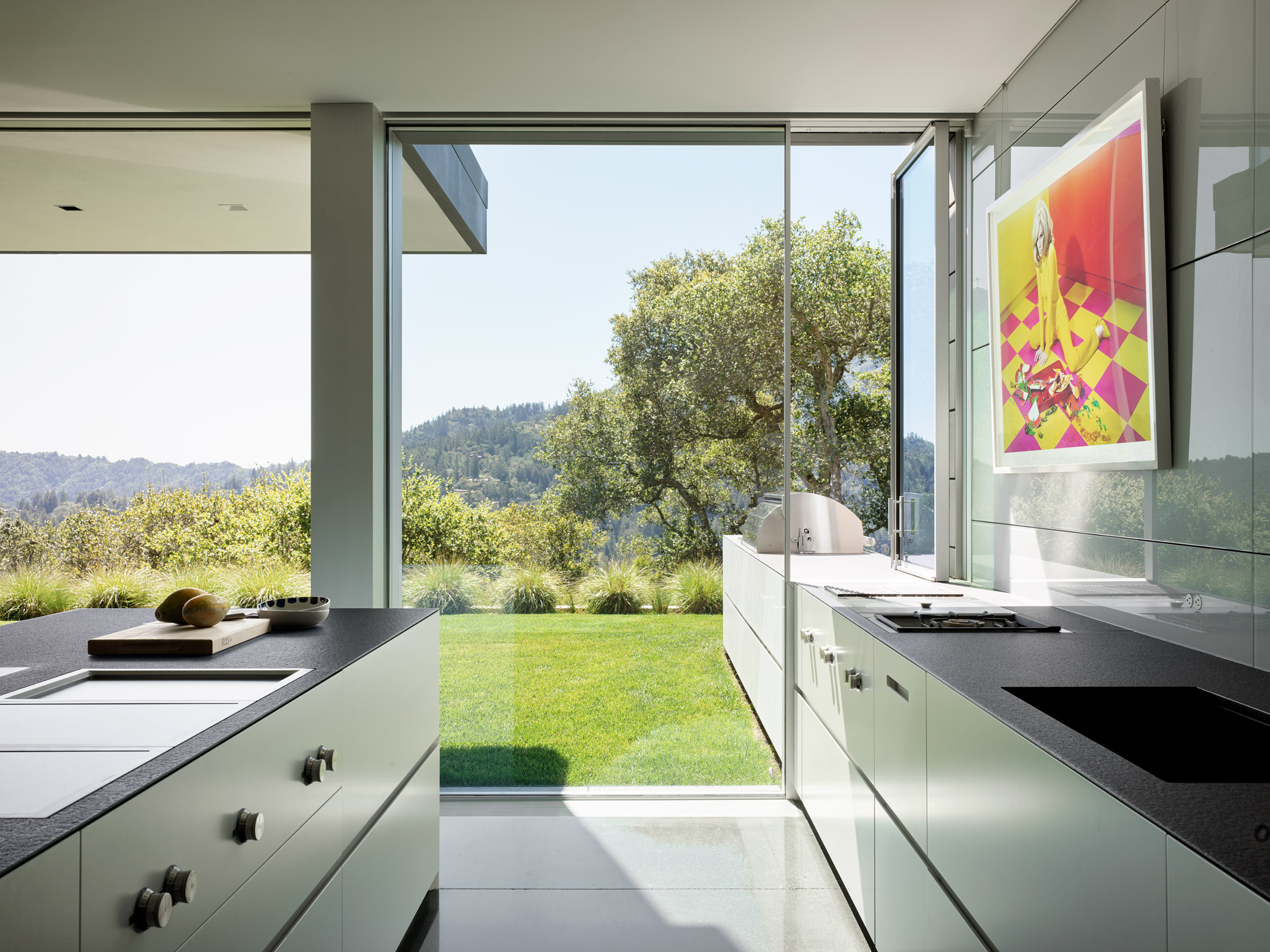 The client, a design lover, wanted a home that merged modernism with a rustic sensibility.

In response, the team composed a series of stacked boxes, parts of which cantilever over the site. Proportions were carefully calibrated, as was the siting of the residence. 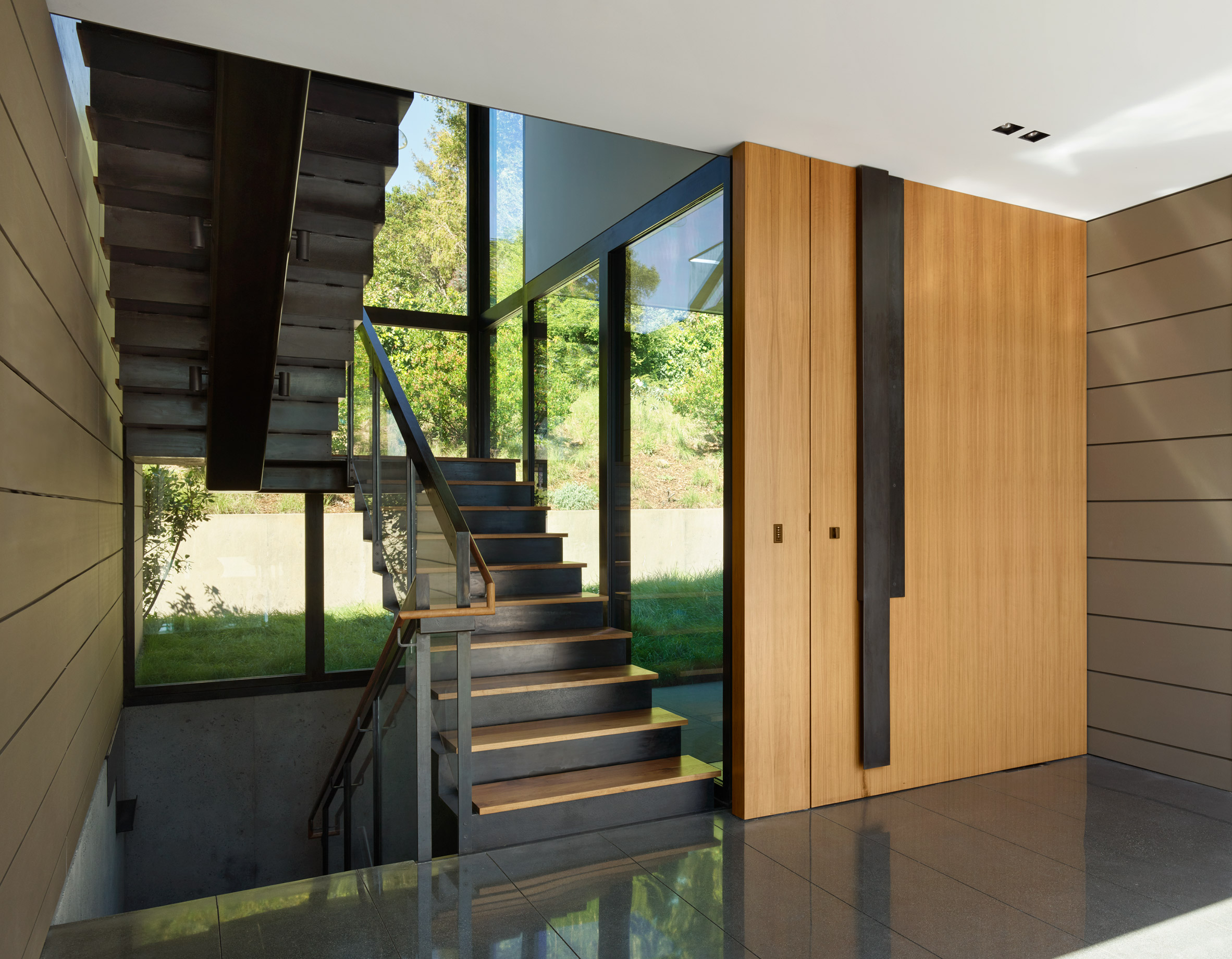 “Ascending a redwood-lined driveway, one arrives at the house where the architecture serves as backdrop and frame to the idyllic setting, a tranquil retreat from urban life,” said the team. 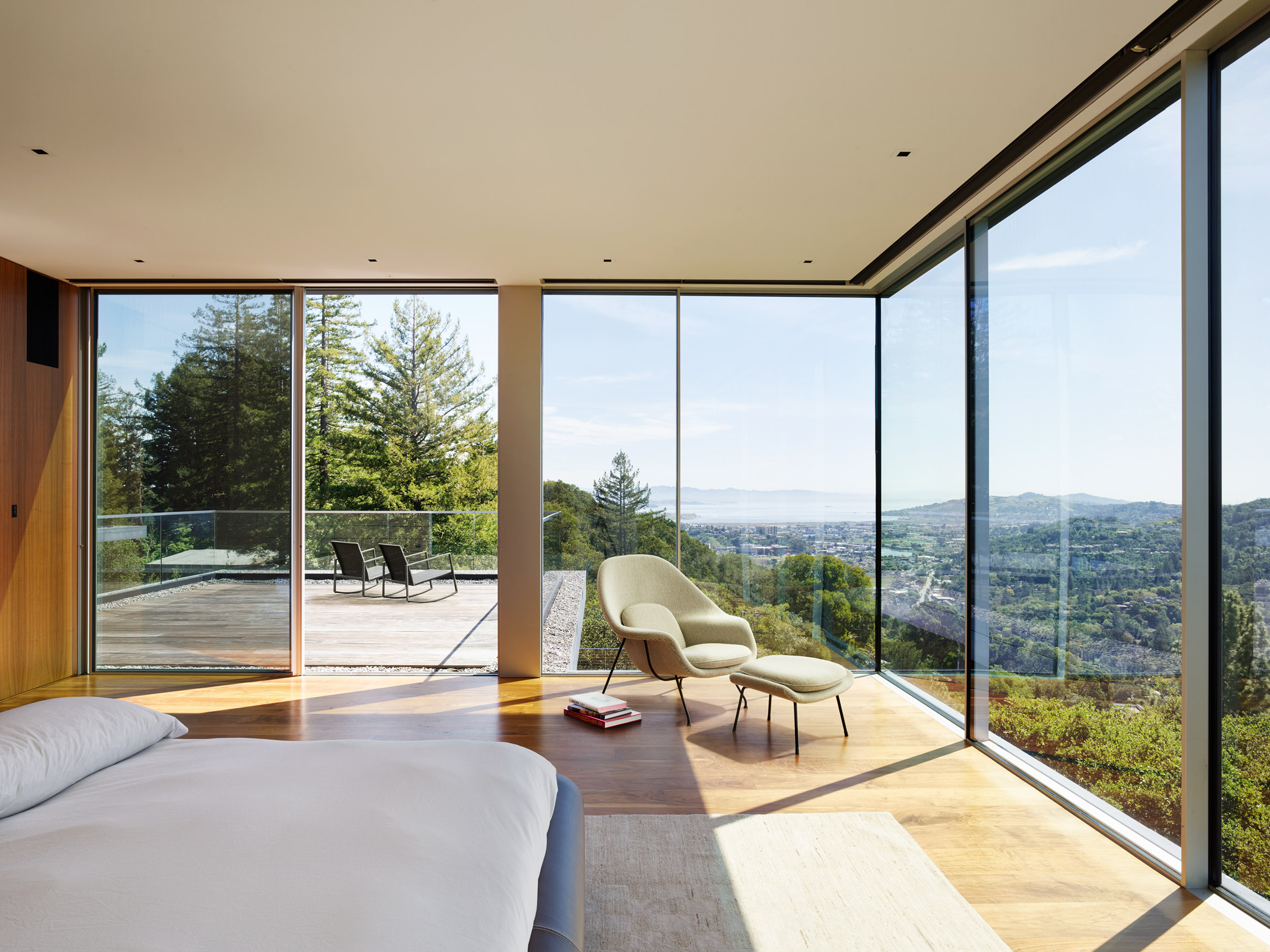 Facades are wrapped in terracotta clay tiles, which help the home blend with the natural surroundings. Fascias made of dark grey titanium zinc contrast with the pale siding. 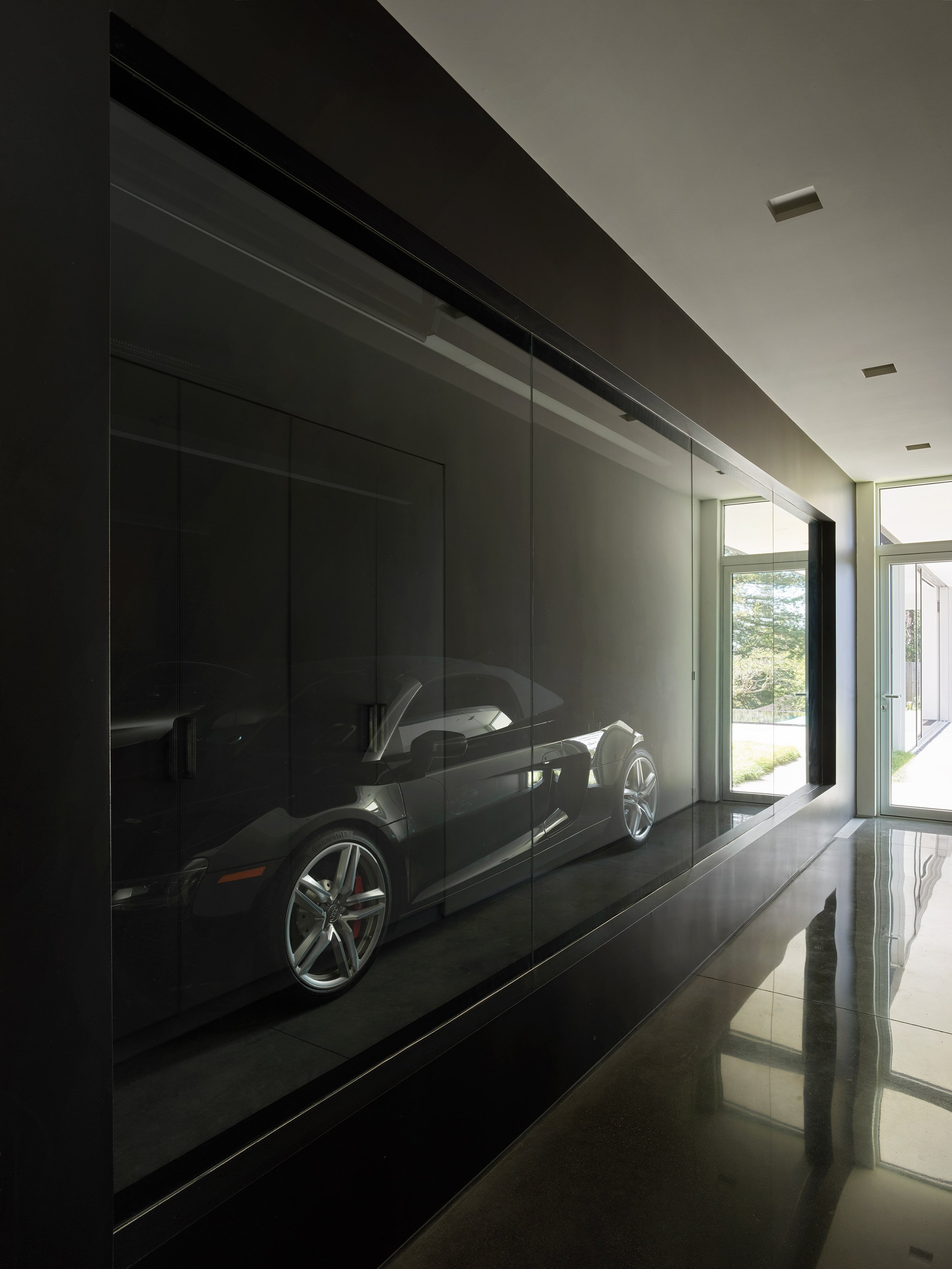 Inside, the residence is divided into distinct zones. The southern portion encompasses an open-plan kitchen and dining area, which flow into a living room and adjoining terrace.

“The dining area steps down to the main living space, with a wood floor that extends outdoors to a large deck anchored by a linear fire element,” the team said. 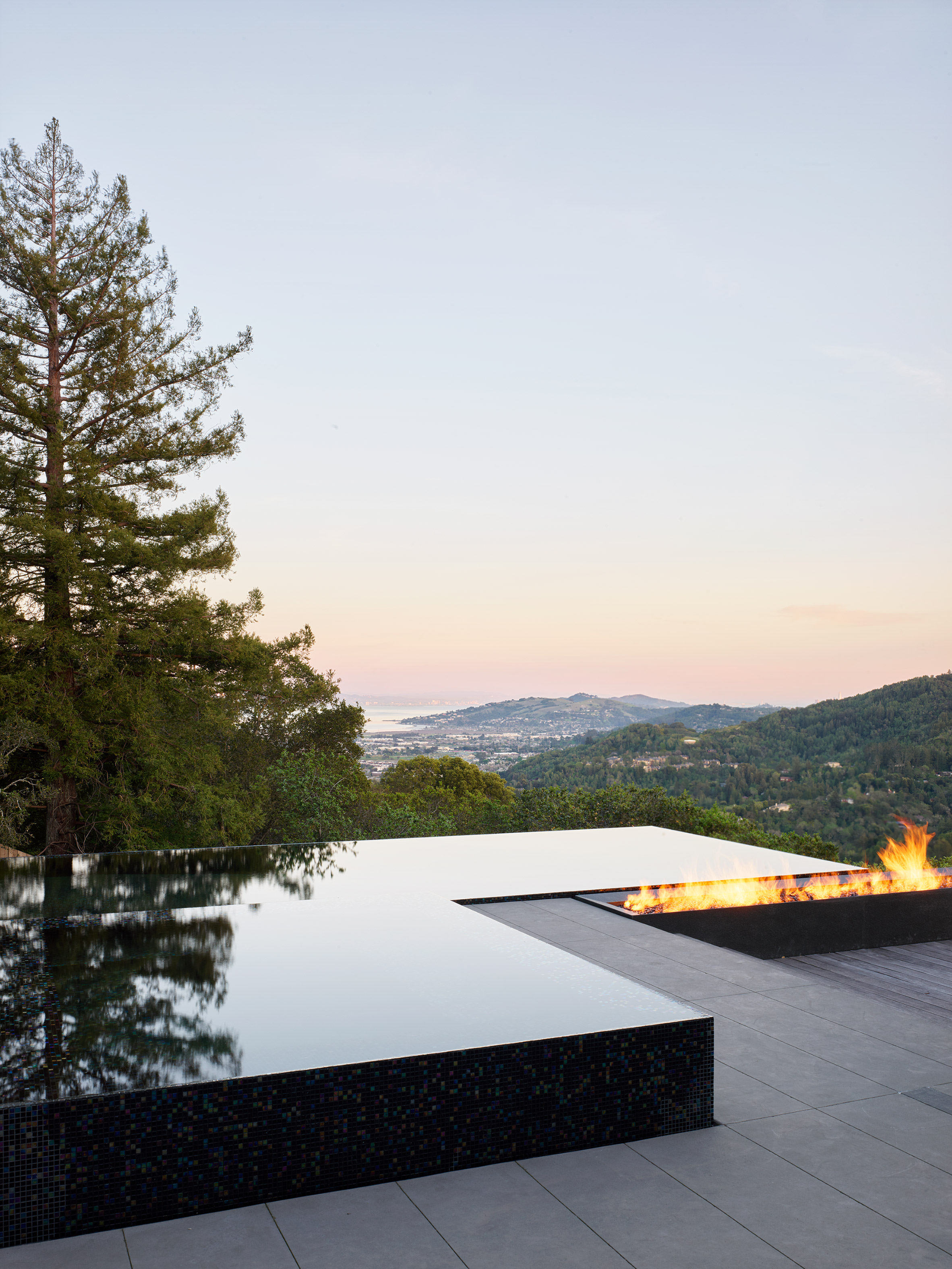 The northern portion of the home contains guest bedrooms, laundry facilities and a garage. A separate volume houses a gym, sauna and study, which overlook a slender lap pool lined with black tiles. Adjacent to the pool is a square-shaped jacuzzi that emerges from the terrace “like a minimal sculpture”.

“With infinity edges on four sides, both pools capture the ever-changing reflections of the sky and Mount Tamalpais,” the team said. 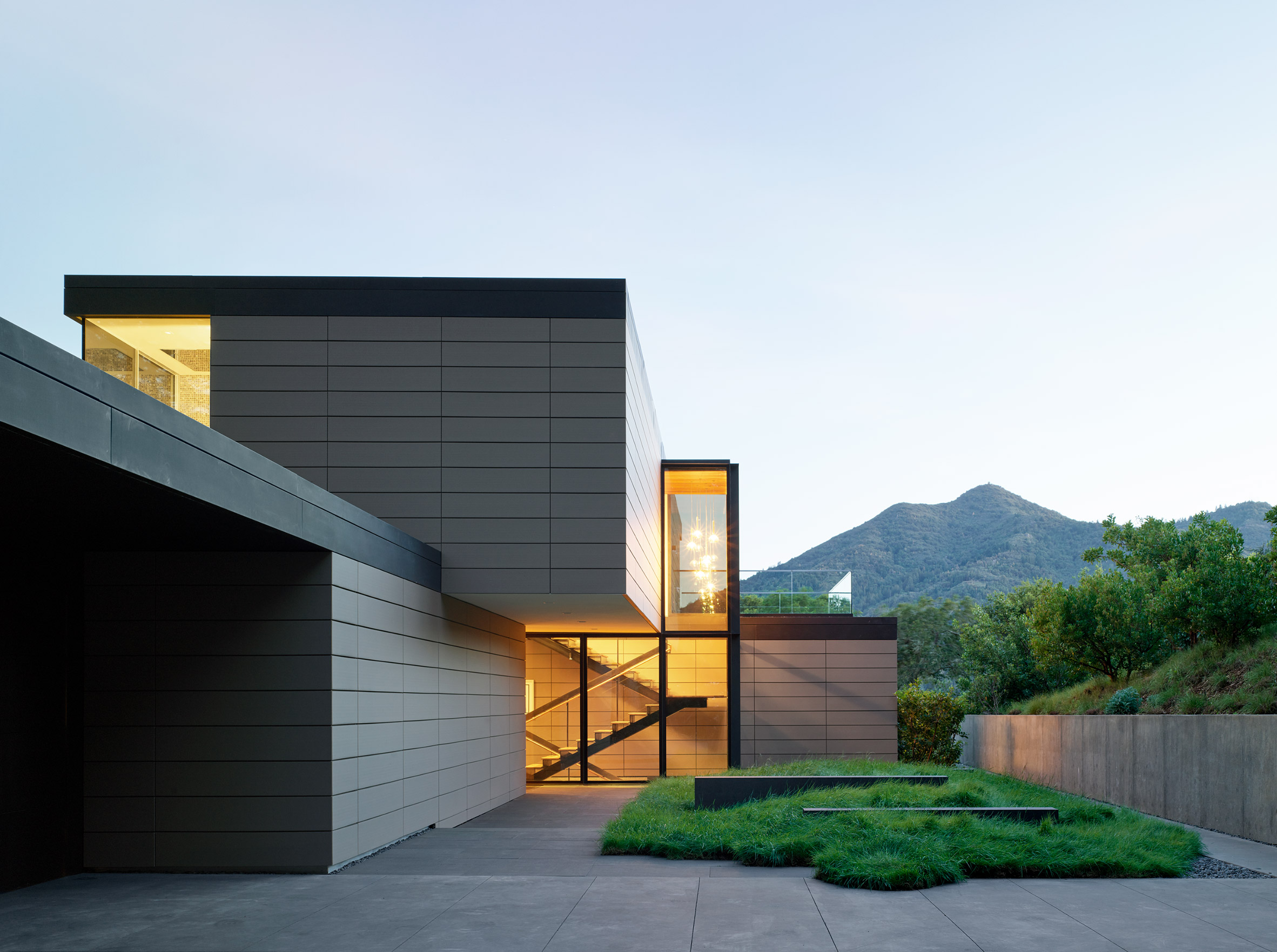 A glass-enclosed stairwell leads to the second floor, which is entirely occupied by the master suite. The upper level pushes outward and commands dramatic views of the scenic terrain through large expanses of glass.

The team used earthy materials and a neutral colour palette throughout the dwelling. Finishes include walnut cabinets, polished concrete floors and black metal with a patina. 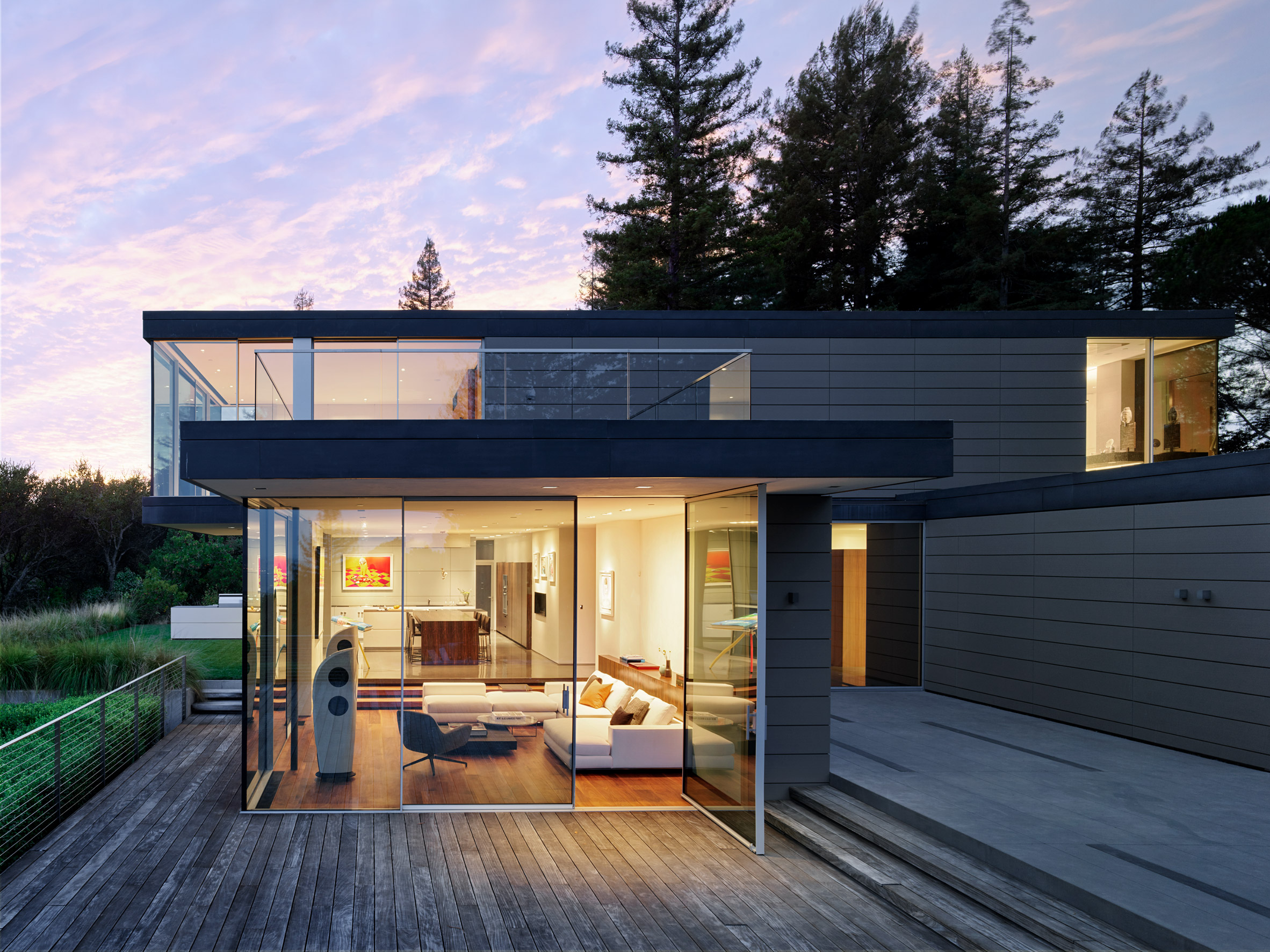 Located across from San Francisco, Marin County is known for its hilly topography and verdant forests. Other projects in the area include a nature retreat designed by Feldman Architecture for a creative couple, and Frank Lloyd Wright’s Marin County Civic Center, which was completed in 1962, several years after the architect’s death.

Photography is by Matthew Millman.