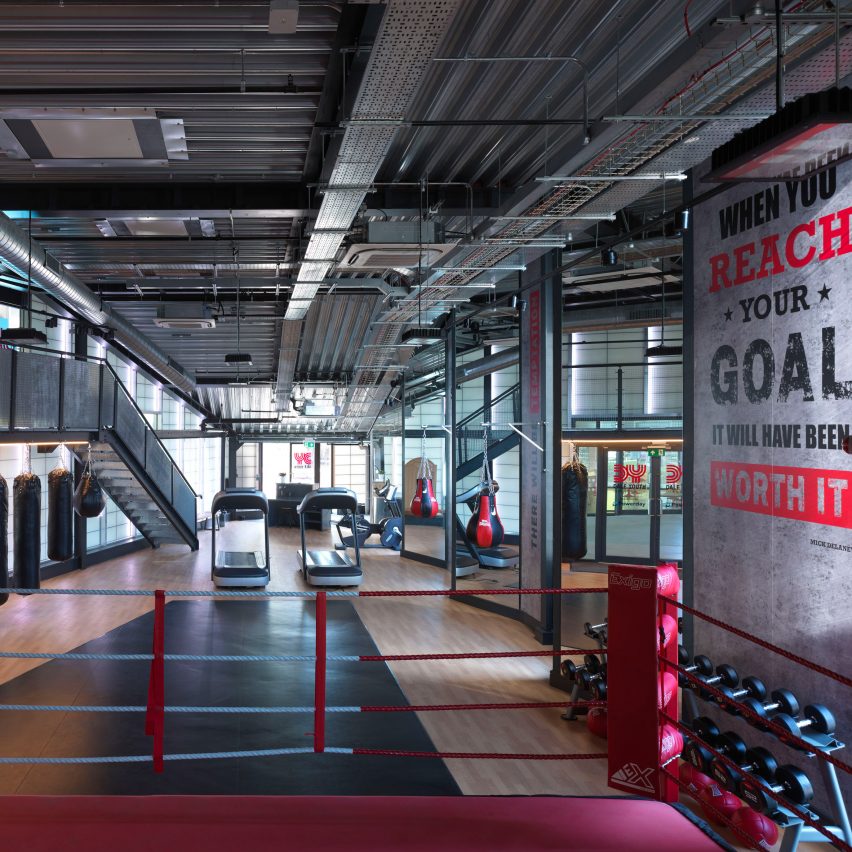 The boxing club was based out of Grenfell Tower, a residential block in west London that caught fire in 2017, killing 72 people.

Since then the club had been forced to use a car park to train in, so Featherstone Young offered its architectural services free of charge to build it a new gym as part of BBC tv show The Big Build. 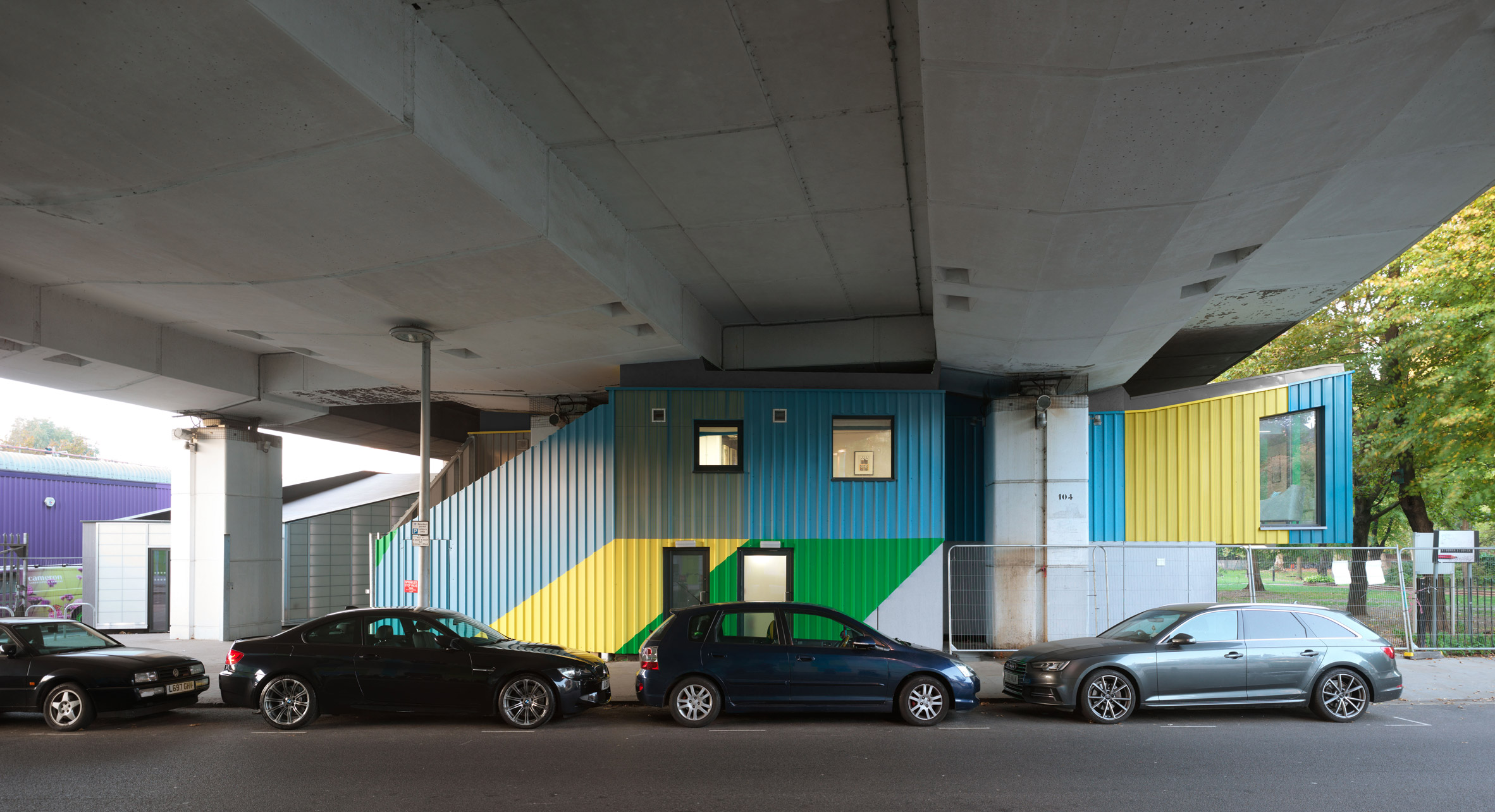 “This is a very unusual project in terms of procurement, but it demonstrates how a well-considered, complex building can be realised from inception to completion in only five months – and provide a valuable and permanent community resource for the future,” said James Young, co-founder of Featherstone Young.

Bay 20 is located under a flyover bridge for the Westway, an elevated dual carriageway, on a plot that used to be empty and inaccessible.

It includes a two-storey community centre and a one-storey boxing gym with a mezzanine floor. The two facilities face each other across a connecting “social street” that is lit by glowing fibreglass sculptures. 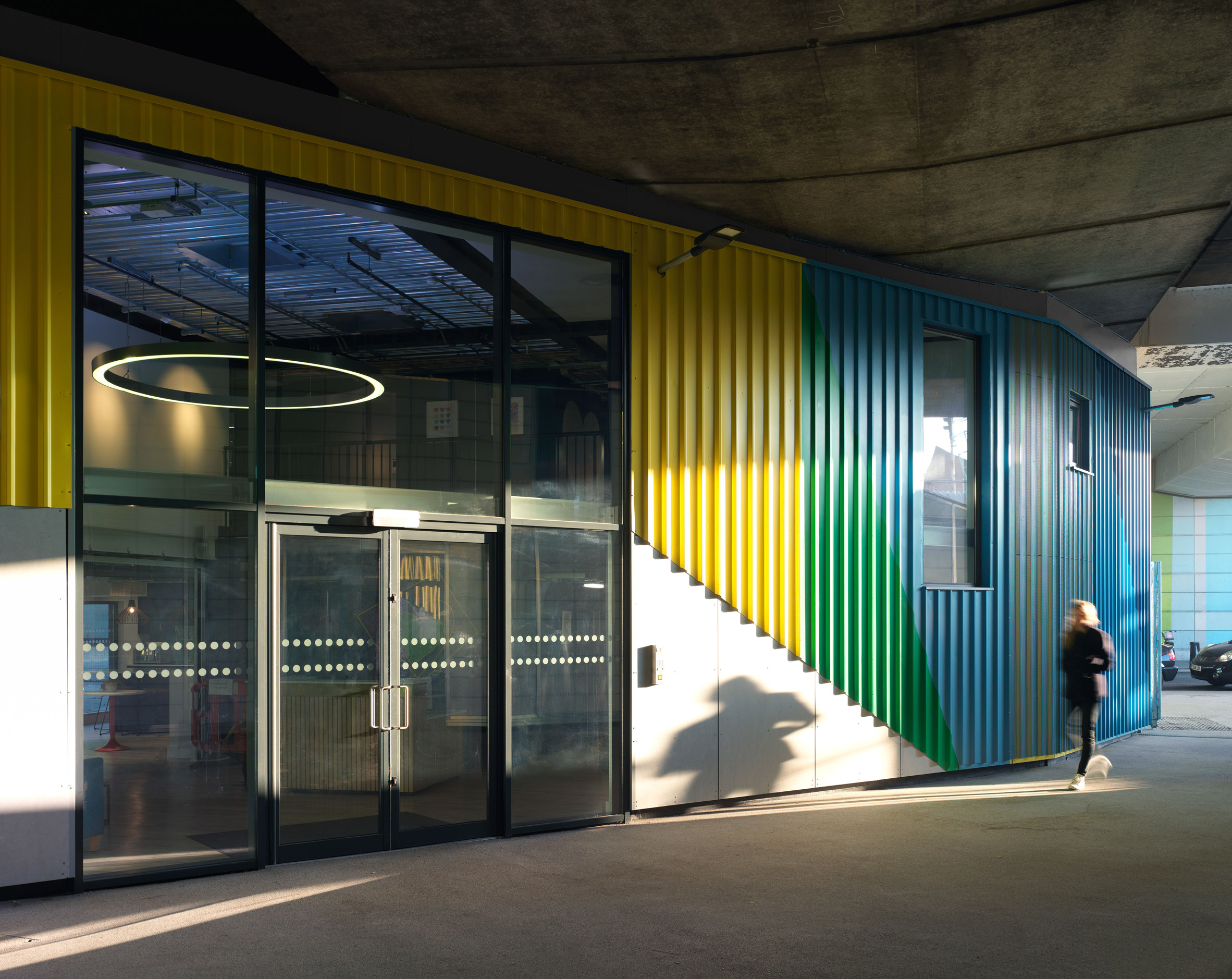 The boxing gym, which opened in September 2018, has a boxing ring, a training and gym area, as well as changing rooms, showers and toilets.

The gym’s exterior facade is made of toughened glass that provides extra lighting to the street outside at night. 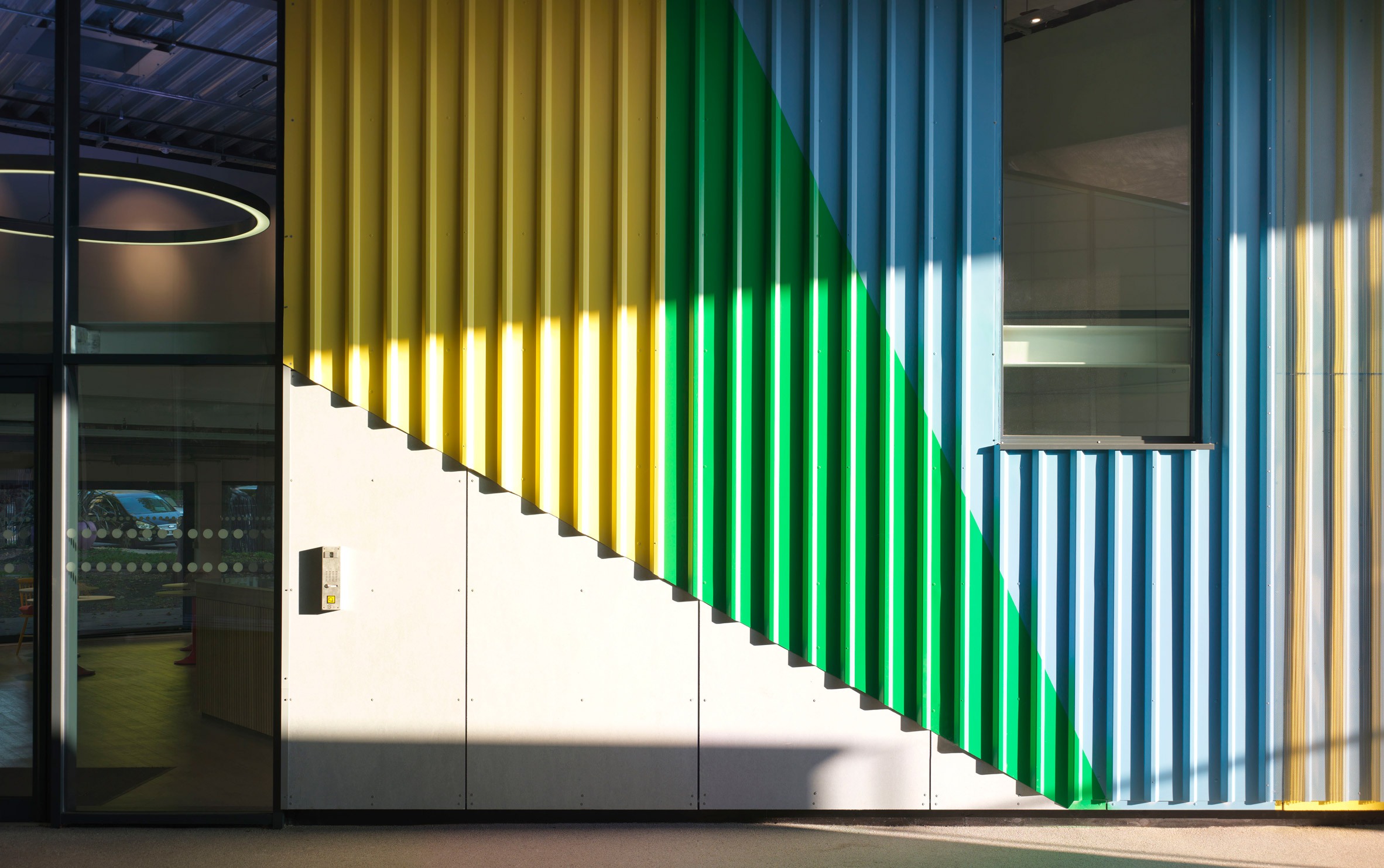 Inside the community centre part of Bay 20 there is a reception area and two large halls spread over both floors, along with smaller meeting rooms, a community kitchen, and toilet facilities.

The first floor of the community centre has large windows and cantilevers out 2.5-metres over the park alongside it. 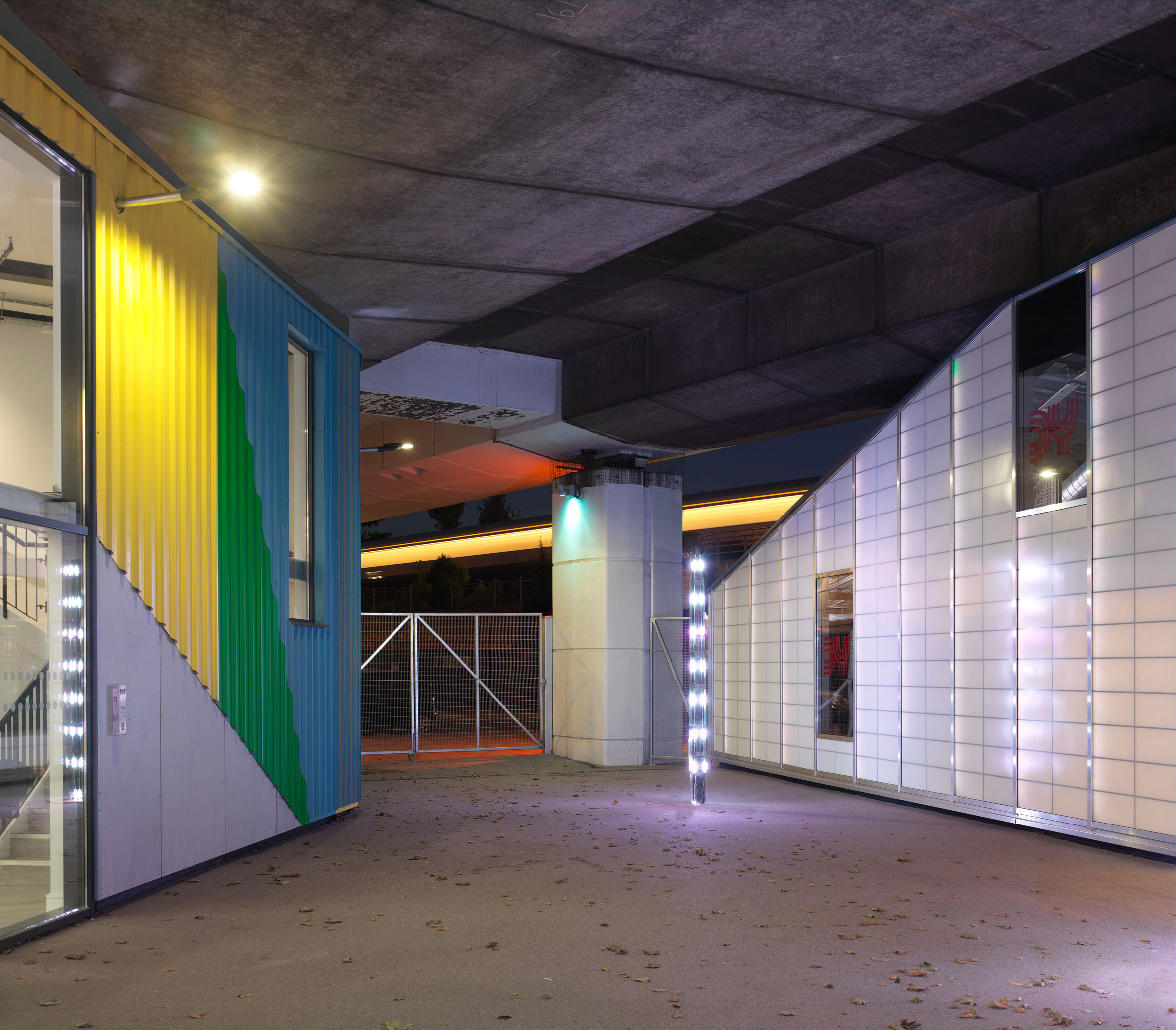 Bay 20 was based around a concept described by Featherstone Young as “baggy space”.

“A light touch design is employed to create a place that encourages users to fill the gaps and take ownership, rather than provide a more rigid design that dictates what activities should take place within a space,” explained the studio.

“As well as fulfilling its sporting purpose, the space also delivers positive outcomes for the wider community, providing wellbeing activities for all ages, with take-up from local schools, unemployment projects and Grenfell residents.” 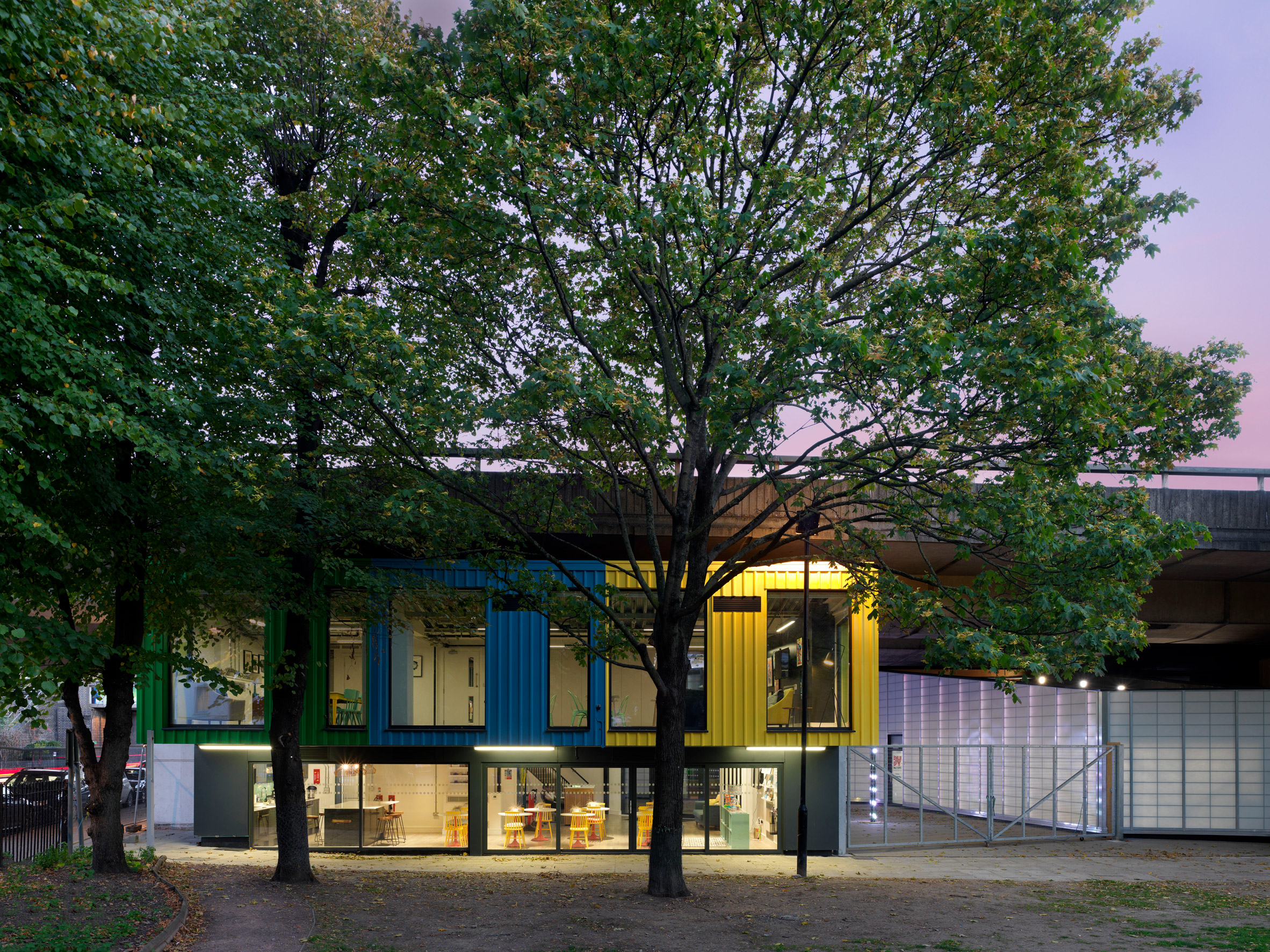 Last year a group of architects put forward some ideas for refurbishing the Lancaster West Estate in London, the social housing development where Grenfell Tower is located.

The ideas, which include raised flower beds and community spaces, were the result of consultations and workshops with local residents to find out what improvements they wanted made to their homes.