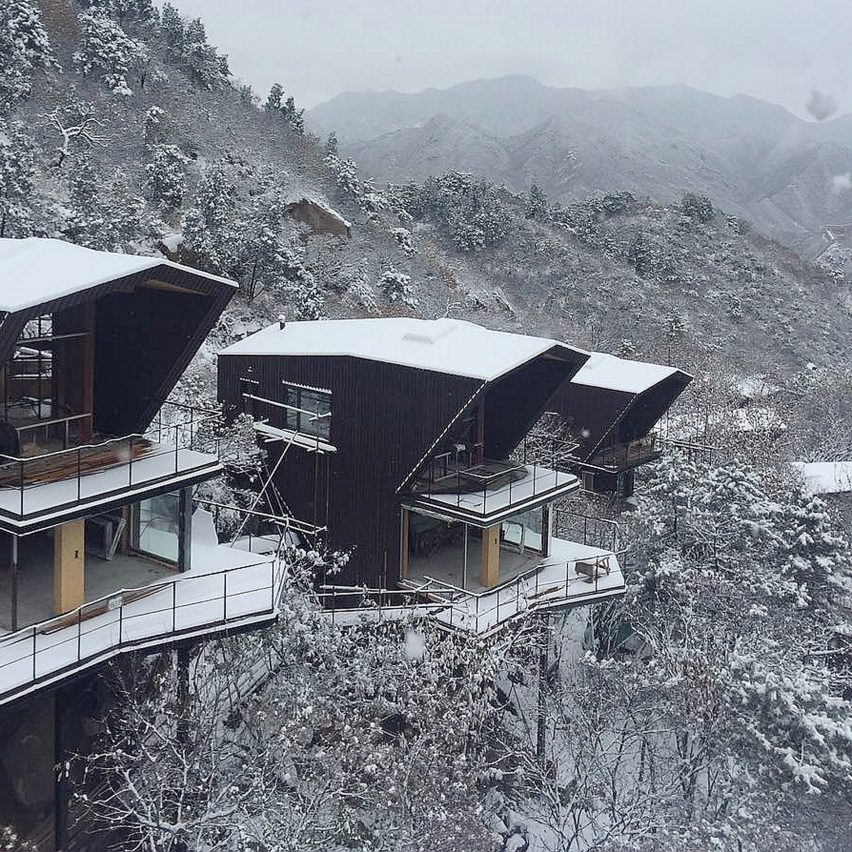 New Chinese Architecture is a new book spotlighting the country‘s emerging architectural talents, all of whom happen to be women. Author Austin Williams talks Dezeen through five of the most exciting architects and their projects.

According to Williams, the new generation of architects in China is producing architecture that is “good, intelligent, challenging, adventurous and diverse”.

“In the past 25 years it has really come into its own. Since the mid-1990s, a small number of private practices began to emerge that tried to explore a more creative vision of design,” he said, adding that this firms are “are really committed to new ideas and experimental ideas”.

Williams believes that women have become increasingly involved in architecture as an unintended consequence of the one-child policy that was enacted in China at the end of the 1970s.

“One of the indictments of Deng Xiaoping’s leadership post-Mao was his introduction of the one-child policy in 1979, but ironically an unintended consequence of a first-born daughter not having to compete with a male sibling has been that it has benefited girls who might otherwise have been marginalised,” he said.

“In 1980, 23 per cent of all university students were women. Now that figure is 50 per cent And women are choosing to find a release in the creative arts, with large numbers of graduates forming new and exciting practices across the country.”

Williams has featured 20 leading female architects in New Chinese Architecture. He believes their work is making a big impact across the country.

“From the parametric landscapes of Wang Luming to the residential complexity of Hong Kong’s Du Juan and the rural reconstruction projects of Wang Wei, these architects demonstrate an assuredness and confidence in their design approaches,” he added.

Read on for Williams’ description of five impressive buildings designed by women:

“In the art district of Songzhuang, Di Shaohua reflects on local three-sided buildings, recalling the traditional residential courtyards. The Spring Art Museum‘s roof comprises a series of stepped terraces, and the height difference allows daylight into the major exhibition spaces.

“These spaces have a ceiling profile that corresponds to that of the roof. Views are revealed through a few precious protruding windows into the major exhibition space. The exterior wall surface is composed of rather economical wall tiles that are readily available in the local market.”

“Ding Xiang Eco-Village is a high-end ecohotel comprising forty chalets, designed to respect and protect the surrounding natural environment and save energy.

“It is located approximately 50 miles northwest of Beijing, near the most visited section of the Great Wall, in the lush vegetation and mountain ranges of Badaling. The site is renowned for its clove fragrance in summer, and its brightly coloured leaves in autumn.

“The project is build on timber outcrops, on a steel frame with bamboo screens that manage to blend into the setting in both summer and winter months.”

“This is a house refurbishment and reconfiguration of a property in a ravine-like site, boxed in by walls and rockfaces. By opening up the windows and embracing the proximity of the facing wall strewn with plants and mosses, it brings light streaming in but also provides a high-level garden scene.”

“Daylighting is accentuated by the glazed partitions and pristine white interiors. Mirrors, a popular device of Juan’s, also increase the sense of space, which is at a premium in Hong Kong.”

“Here, in a Chinese village, Wang has attempted to trace Chinese regional architectural precedents including local skills and materials, to test the meeting point between modern architecture and Chinese culture. Each building expresses a lifestyle distinct from the city, designed through a consultative process with villagers and local craftspeople.

“Wang says: ‘Even though regionalism is a complicated and dangerous word (and we shouldn’t excuse it for the retreat into conservative historicism), it is actually the source of creation.”

“This village project has been built at Mount Huangshan, a gently sloping natural landscape densely coated with pine trees. The Baggy Treehouse is a free-standing architectural prototype, able to adapt to different terrains with minimal design variations.

“The design concept aims to imitate a primitive cave or nest. It is in fact a hotel standing among the pine groves on the mountainside and overlooking the valley from above the tree canopy. Guests enter through a darkened vestibule and emerge in a bright corner from which views of the mountains unfold.”