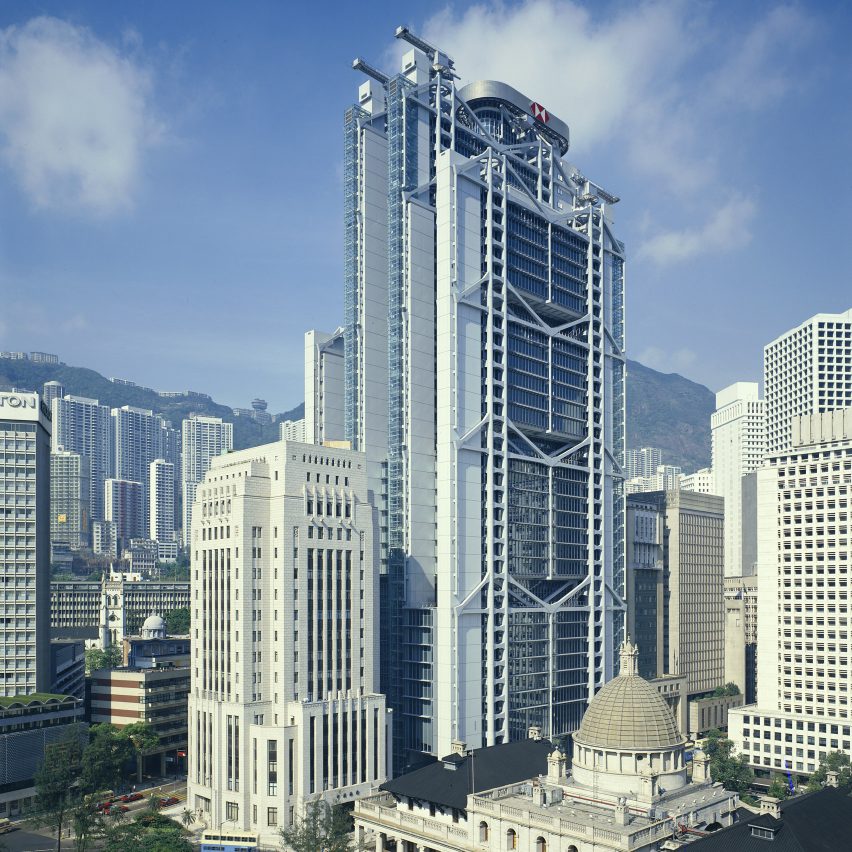 The Hongkong and Shanghai Banking Corporation Headquarters was a ground-breaking skyscraper and established Norman Foster as a global brand. We take a look at the high-rise bank as part of our high-tech architecture series .

Designed with the simple brief of creating “the best bank headquarters in the world”, the forty-four-storey skyscraper for HSBC set Foster’s studio on the path to being one of the largest practices in the world.

Foster won the commission to design the Hongkong and Shanghai Banking Corporation Headquarters, which is now called the HSBC Main Building, in 1979. This was only ten year’s after he and Wendy Foster set up Fosters Associates, and 18 years before ownership of Hong Kong would be transferred from the UK to China.

HSBC wanted a symbol of its power and a “visible demonstration of the bank’s commitment to its birthplace”. It would not only be the most expensive building ever built, but also the young studio’s first project outside the UK and its first over three-stories tall. 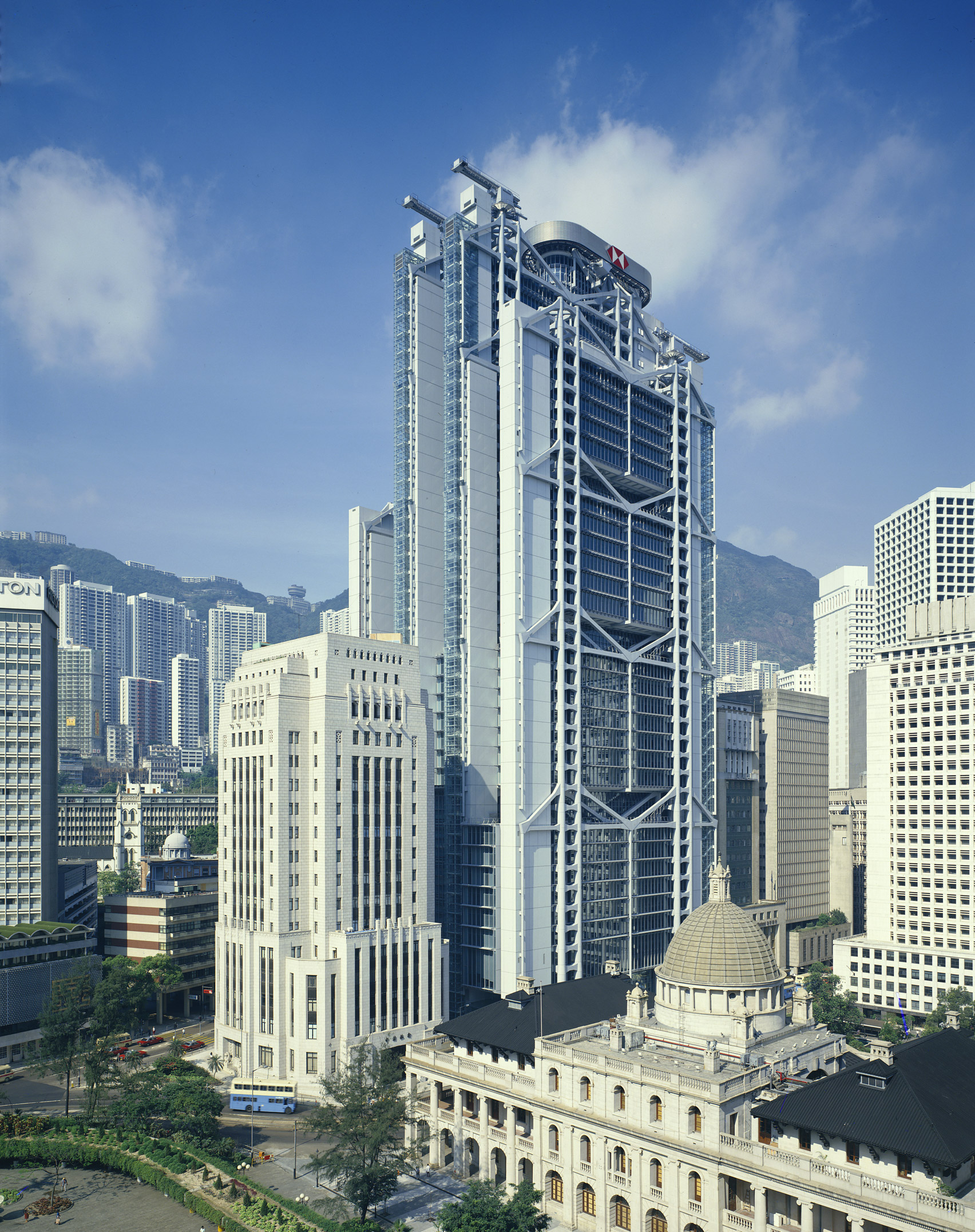 The 99,000-metre-square skyscraper was revolutionary, as Fosters Associates chose to move the building’s structure from its centre to its exterior – a key feature of high-tech architecture , which is also clearly seen in Richard Rogers and Renzo Piano’s Centre Pompidou in Paris .

“If I tried to give you a word picture of the Hong Kong tower, let’s compare it with a typical tower of the day, which has a central core, there’s a space around it, every elevation is the same,” Foster told Dezeen. 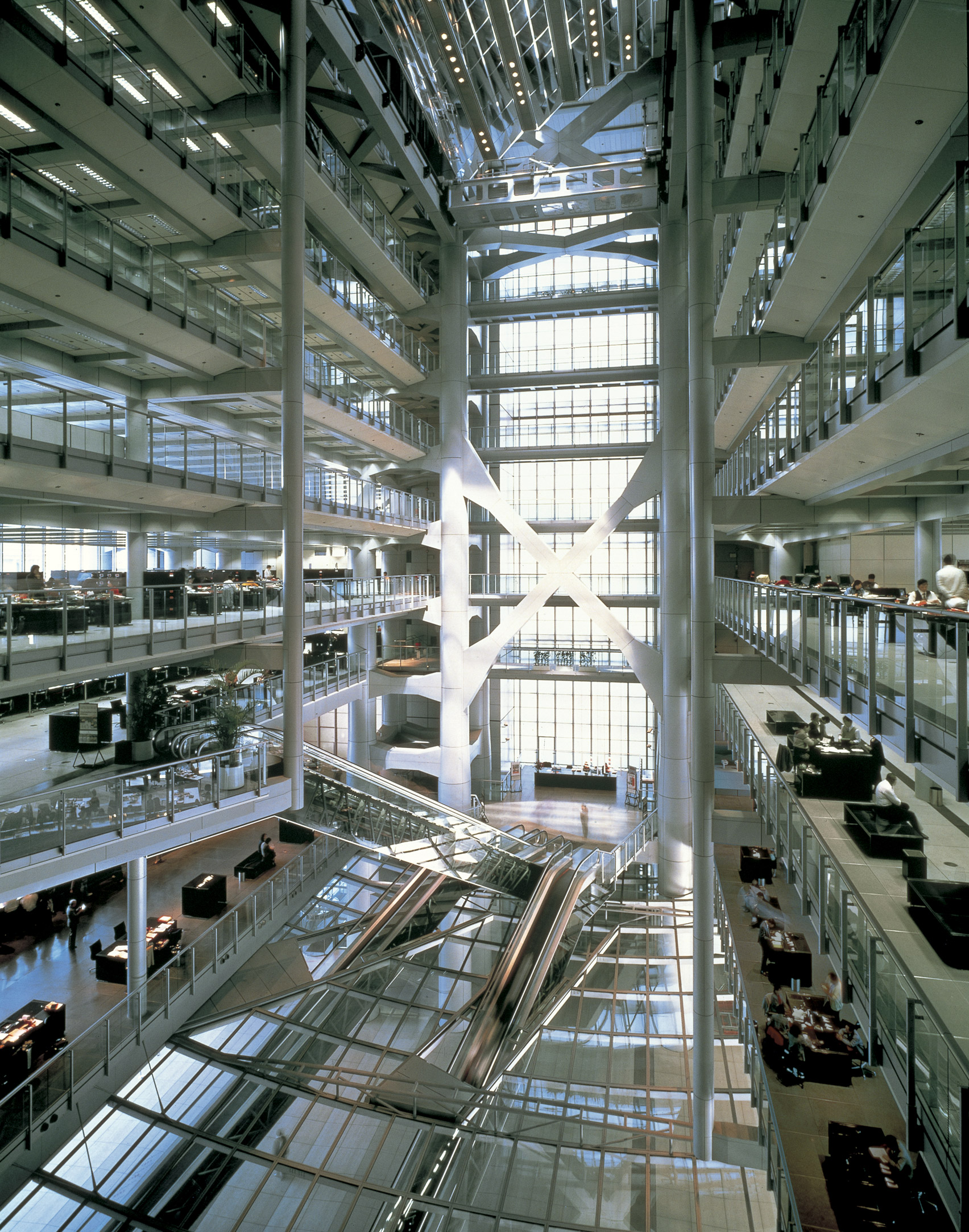 “In the central core, which divides the space, there are the lifts, the staircases, the mechanical equipment. Hong Kong bank was different,” he continued.

“The structure, which was normally hidden inside, is suddenly there on the outside for all to see, all the stuff that was in the traditional central core has been taken out and is expressed on the sides.” 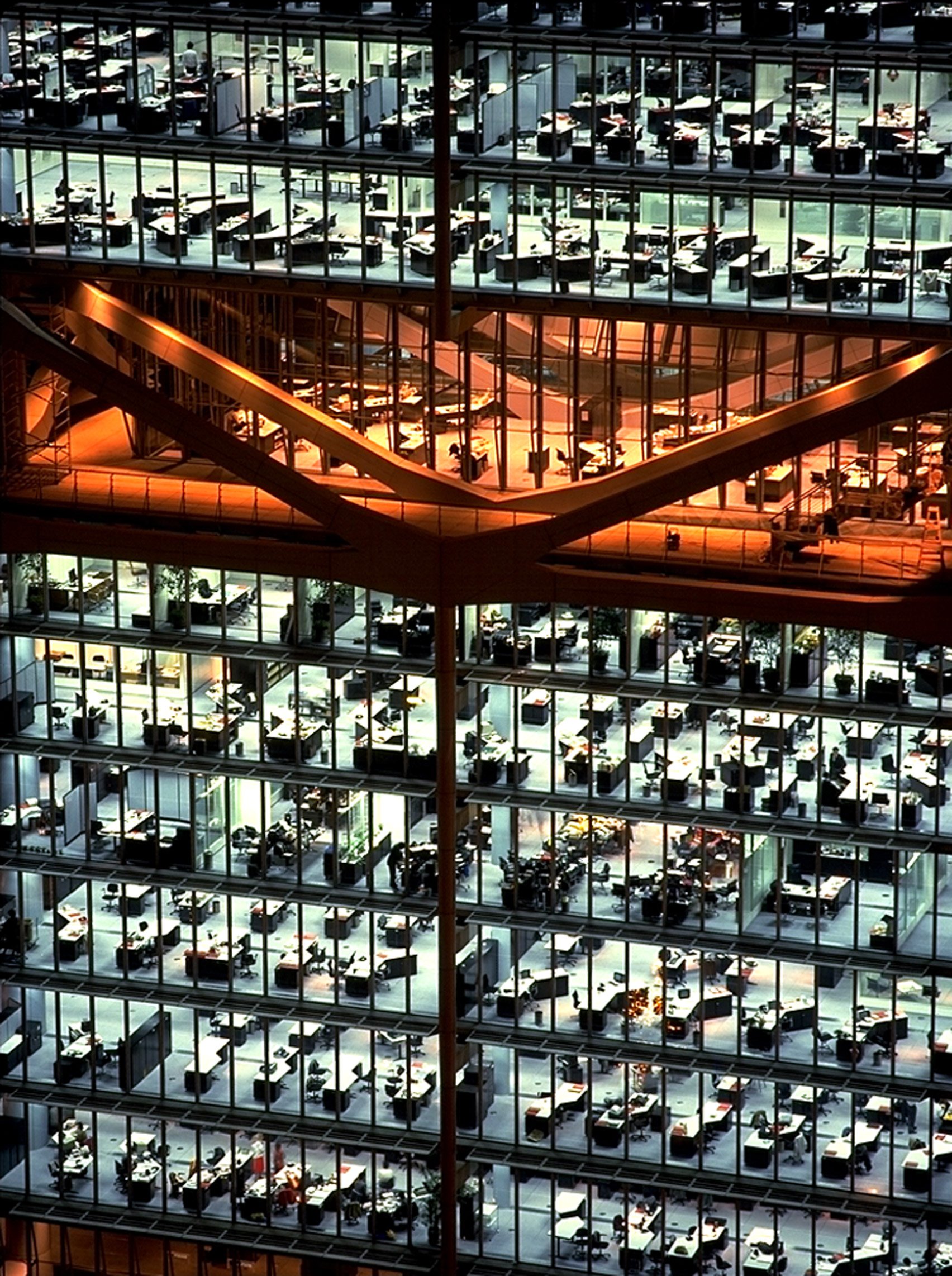 Designed with Ove Arup & Partners, the 183-metre-high skyscraper near the harbour in Hong Kong comprises three individual towers placed alongside each other, with a twenty-nine floor and thirty-six storey block on either side of the forty-four-storey high central tower.

Rather than a central structural core, the building was supported on trusses hung from eight groups of four columns placed in two rows at the edge of the skyscraper.

As at the Lloyd’s building in London by Rogers, which completed in the same year, placing the structure and services at the edge of the building freed up internal spaces for large open-plan offices. Both the Lloyd’s and HSBC buildings are also built around a large central atrium.

The entrance to the HSBC building has a ten-storey atrium, into which natural light is reflected into using a giant sunscoop – a bank of mirrors that reflects light from outside of the building.

Between the structural columns, the office floors are raised off the ground, so that people can pass underneath the buildings. A pair of escalators lead up to the main atrium from this space.

Throughout the building, escalators were used to connect floors. With 62 escalators in total, the headquarters had the most of any building in the world when in completed, according to HSBC.

“The Hong Kong bank was an extraordinary adventure, because it wasn’t a building that could have been built in Hong Kong. Hong Kong, then they not have the technology, the fabrication skills,” explained Foster.

“So it was truly a component building that was shipped from America, from Japan, from the UK, and assembled on site. So in that sense, it was totally prefabricated.”

He continued: “I mean, the bathrooms would come totally sealed. And they had everything in there, right down to the disposable towels, the toilet roll holders, the wash basins.”

The HSBC building was a huge step up in scale for Foster Associates, but the project ended up being “exactly like the model” that the studio made of the skyscraper, according to Foster.

“The tallest building that we [had] built was the three storey Willis Faber building in Ipswich,” he said.

“So to seek to reinvent the nature of a tall building, to have that made on different continents around the world, and then to bring that in, to assemble it on a very restricted site, to use traditional elements such as bamboo scaffolding, it was a heroic undertaking. And, of course, it was an incredible learning curve.

“It’s fascinating. I remember the then chairman – and the kind of chief executive of the construction company – standing around the atrium, looking down onto the plaza below, who said: ‘It’s exactly like the model that you showed us, Norman,'” recalled Foster.

“So the surprise was that there was no surprise, to those who were truly in the know, who were the kind of epicentre of the realisation of the project.”

Led by architects Foster, Rogers, Nicholas Grimshaw , Michael and Patty Hopkins and Renzo Piano , high-tech architecture was the last major style of the 20th century and one of its most influential.

Photography is by Ian Lambot, unless stated. Illustration is by Jack Bedford .