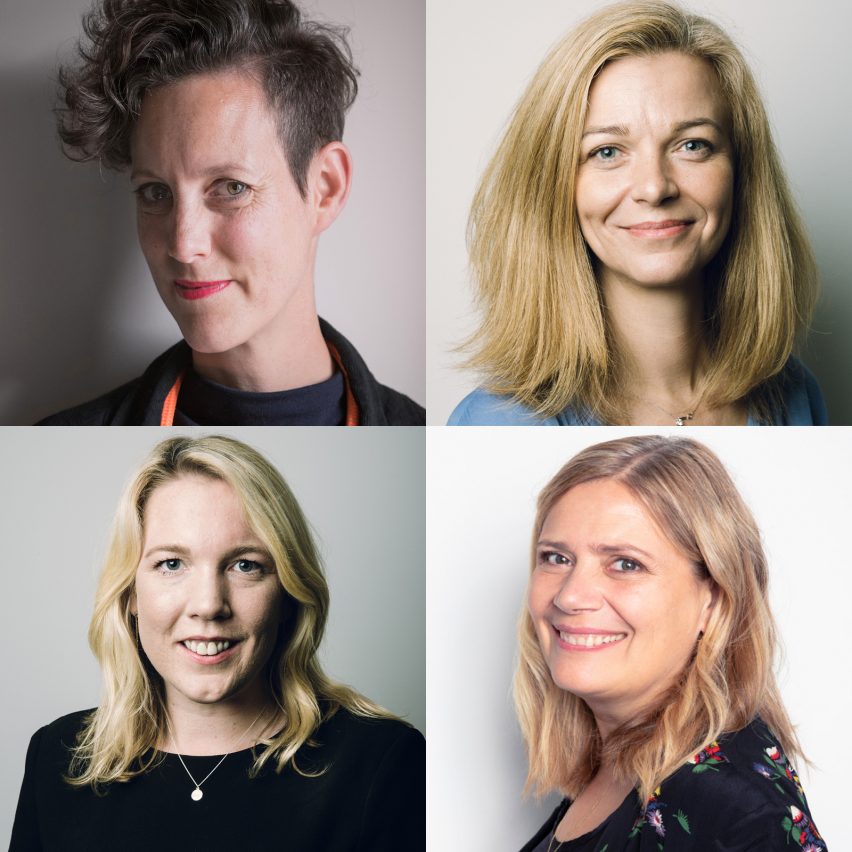 A team of women will represent British architecture practice Grimshaw at this year’s MIPIM, the property fair with a notorious boys’ club reputation.

Dapper, who joined Grimshaw in 2019, said the decision was partly fuelled by MIPIM’s reputation for being an event attended mainly by men.

“MIPIM is always perceived as quite a masculine event so it seemed appropriate to celebrate Grimshaw’s strong gender-equality principles with an all-female team,” Dapper told Dezeen.

“The all female team is partly by design but also partly in response to sending the right people.”

Held in Cannes every year, MIPIM is a major networking event for architects and property developers. This year’s event will run from 14 to 15 March, a week after International Women’s Day.

With its reputation for champagne-fuelled parties on yachts, the trade fair has gained notoriety following reports of lewd behaviour from the largely male delegations that attend.

The event came under particular scrutiny last year, following the Financial Times exposé of the behaviour of senior figures in the property industry at the men-only Presidents Club dinner.

MIPIM responded by promising to “increase communications” with its attendees about inappropriate behaviour.

Dapper hopes the Grimshaw team can show that networking can open in other places besides parties.

“It is time MIPIM changed to become more accessible and not all about late-night drinking sessions,” she said.

“In order to show that it can we done differently, I am starting my MIPIM with an early-morning yoga session on the beach. Networking doesn’t get better than that!” she added.

Grimshaw “happy to be showing the alternative”

Kvick Thompson and Murphy attended last year and will be a consistent presence on the team for Dapper and Lees, who are newer to Grimshaw and keen to meet new clients and collaborators.

Lees is returning from maternity leave, so will be using flexible “keeping in touch” days offered by the practice to attend the event.

“Grimshaw are very much focused on gender equality, so we would ideally like our team to be 50/50,” said Dapper, who cited gender equality as one of the major reasons for joining the firm.

“But in the context of our experience of the disproportionate amount of male attendees at MIPIM, we are happy to be showing the alternative.”

Grimshaw has offices in eight cities around the world, and employs over 600 staff. Recent projects include the revamp of London Bridge Station and the Fulton Center in New York.