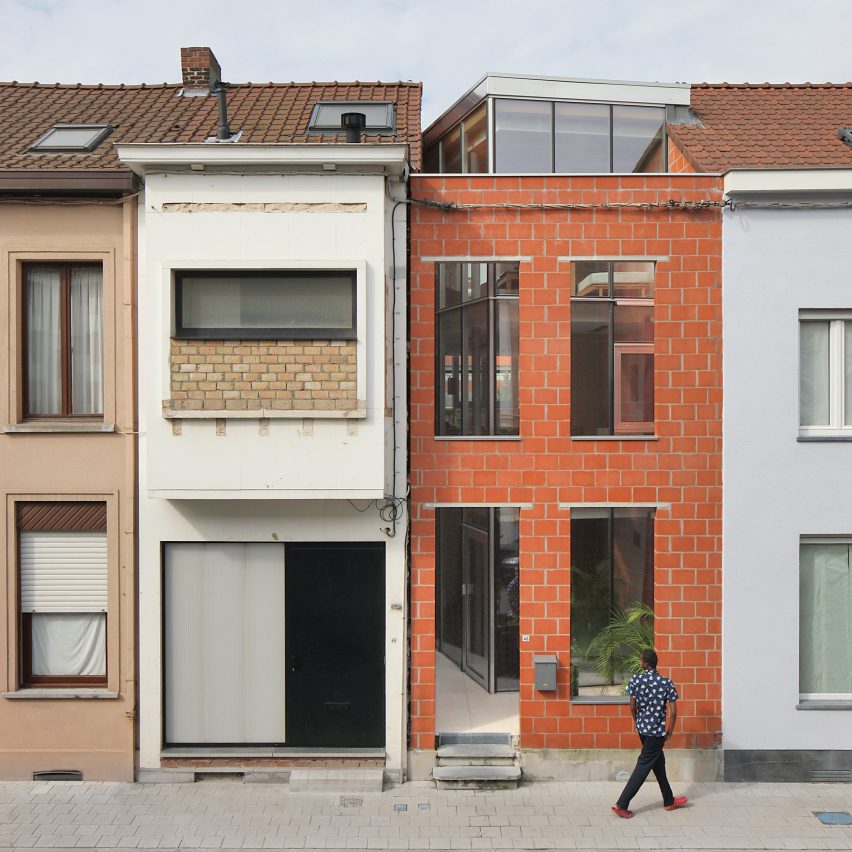 Smuggling in contemporary design like an architectural Trojan Horse, House SSK’s unusual design is a response to the restrictions of building a new home within an older urban fabric.

“The house disengages from its context but is at the same time imprisoned within it,” the architects said.

According to the architects the empty window and door openings that lead to a small, interstitial courtyard space “allows the city to become part of the house, or vice versa”. 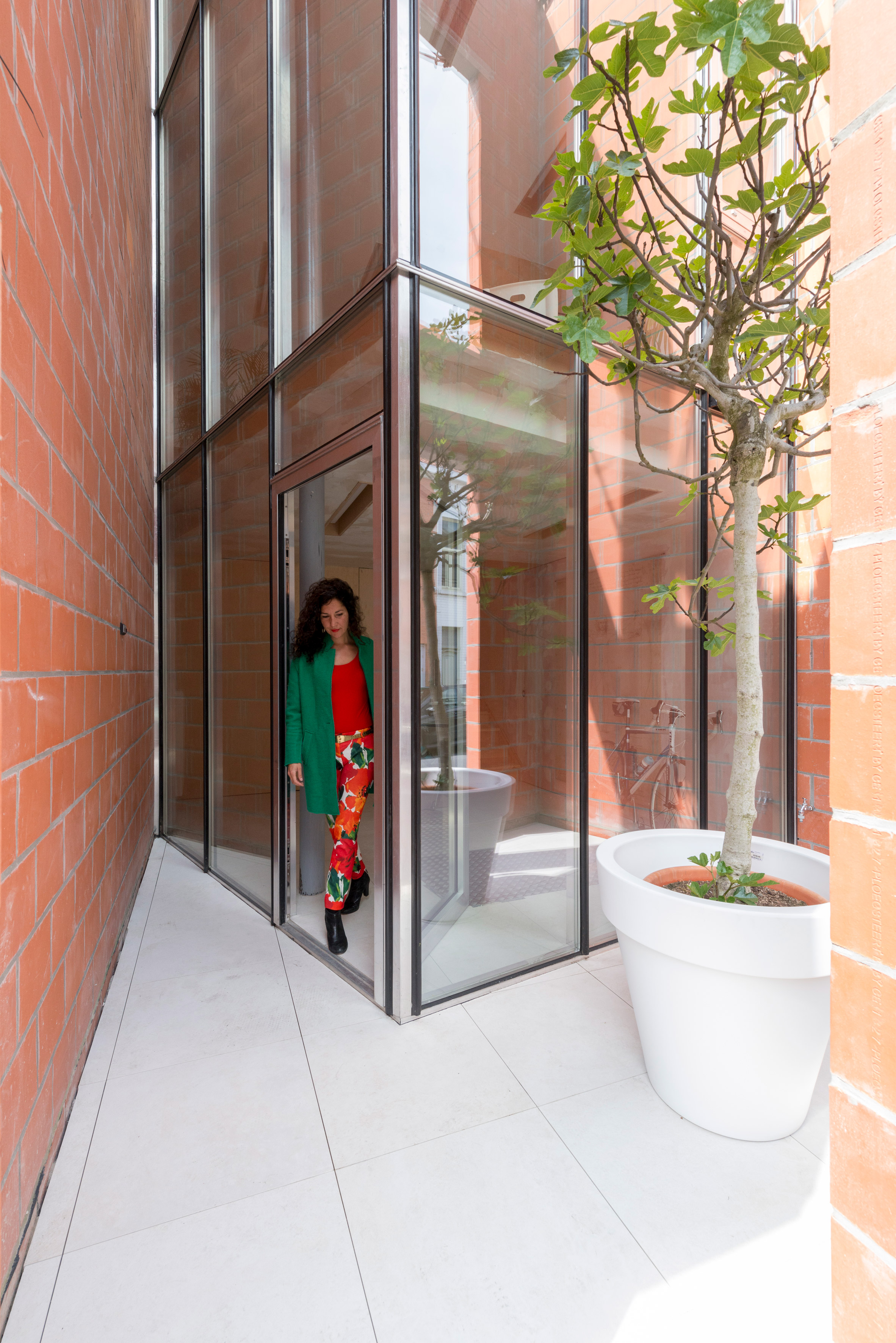 House SSK sits in an old working-class area of Kortijk, with streets of typical low brick and render houses forming the backdrop within which the new house needed to conform.

Its outer brick shell takes its door and window arrangement from these neighbouring buildings, stepping its more contemporary facade back from the street. 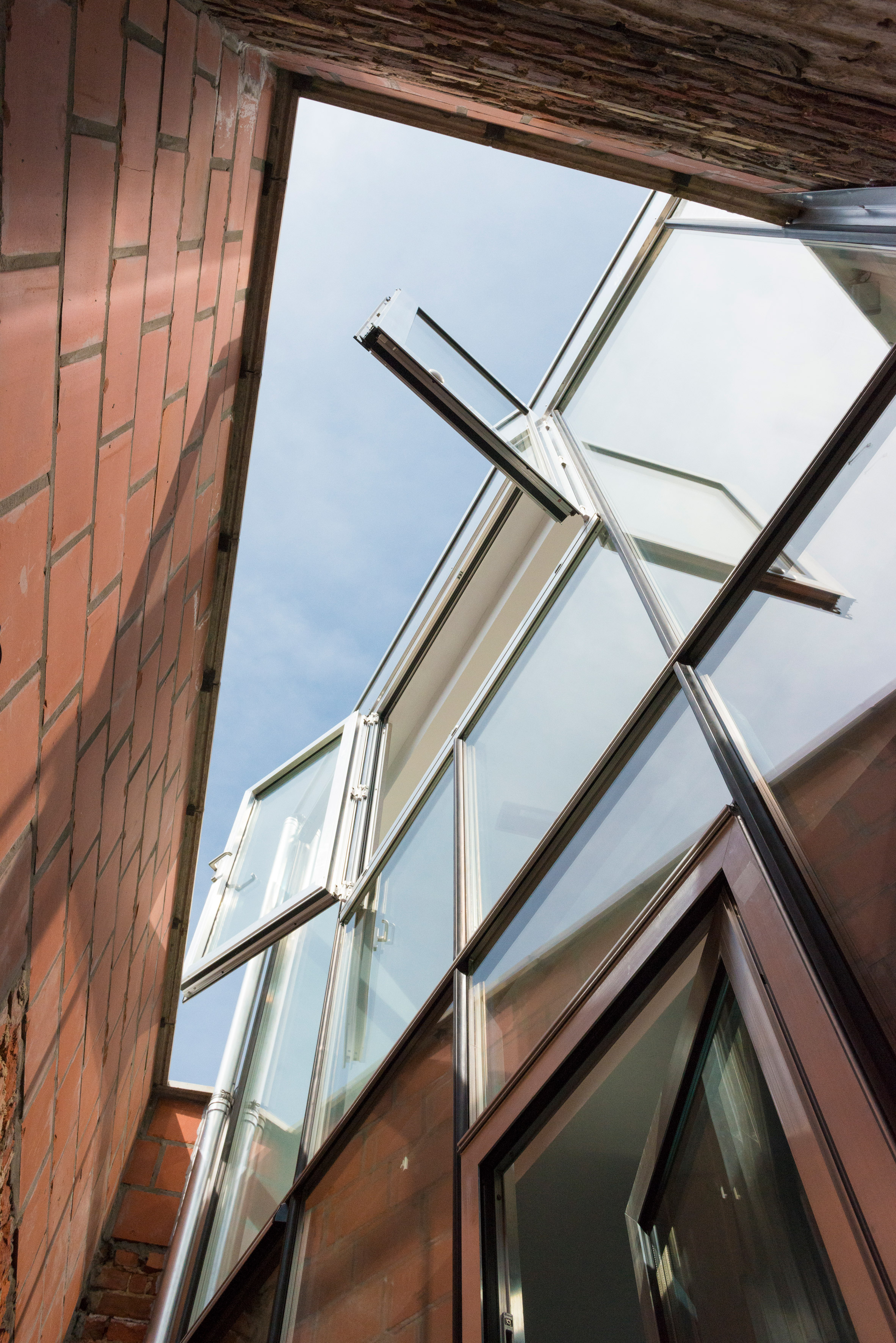 The home itself, within the glass box, is arranged across three levels with a central stair, surrounded by a volume where the majority of the building’s services are located.

At ground level, this central volume houses a bathroom and storage, separating a reception room at the front from a bedroom at the rear.

On the first storey the whole floor plate is opened up into a living and dining space, and on the top floor an extra bedroom occupies half of the site’s footprint, overlooking the roof of the floor below. 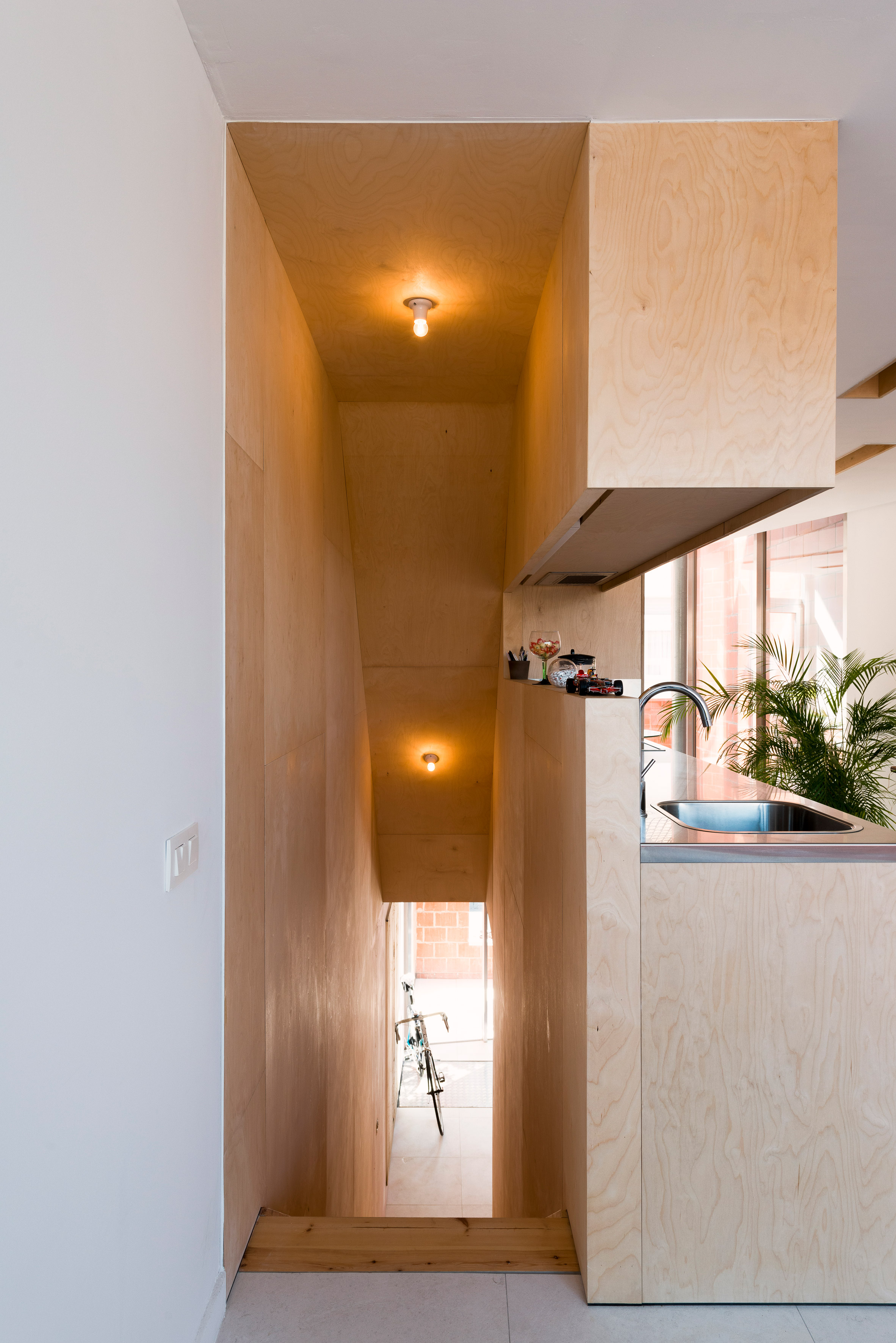 The front edges of the glass box have been angled slightly in order to take advantage of sunlight entering through the outer facade. At the rear a small patio space sits between the glass wall of the house and the boundary wall of the site.

These existing boundary walls have, where possible, been preserved and left exposed, viewable from within the glass box. 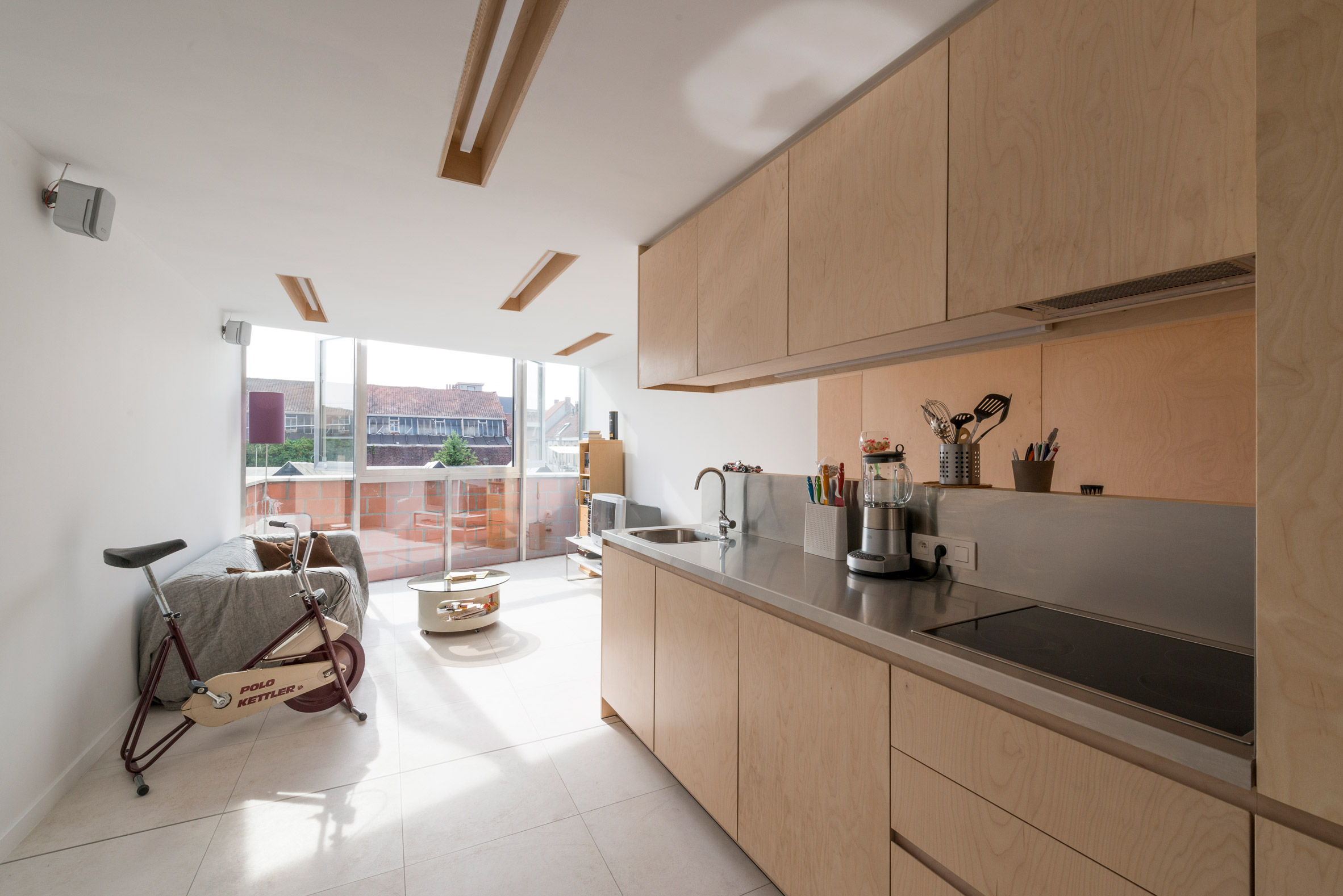 “The house seeks to rethink present-day life in the central European city and in doing so help create an urban environment that is a world away from the sterile and superseded suburbs,” added the architects.

Recently Maas Architecten merged a glass house with a traditional thatched cottage in the Dutch countryside, and Penelas Architects used glass and steel to create a rustic retreat in a Spanish forest.

Photography is by Frans Parthesius unless otherwise stated.