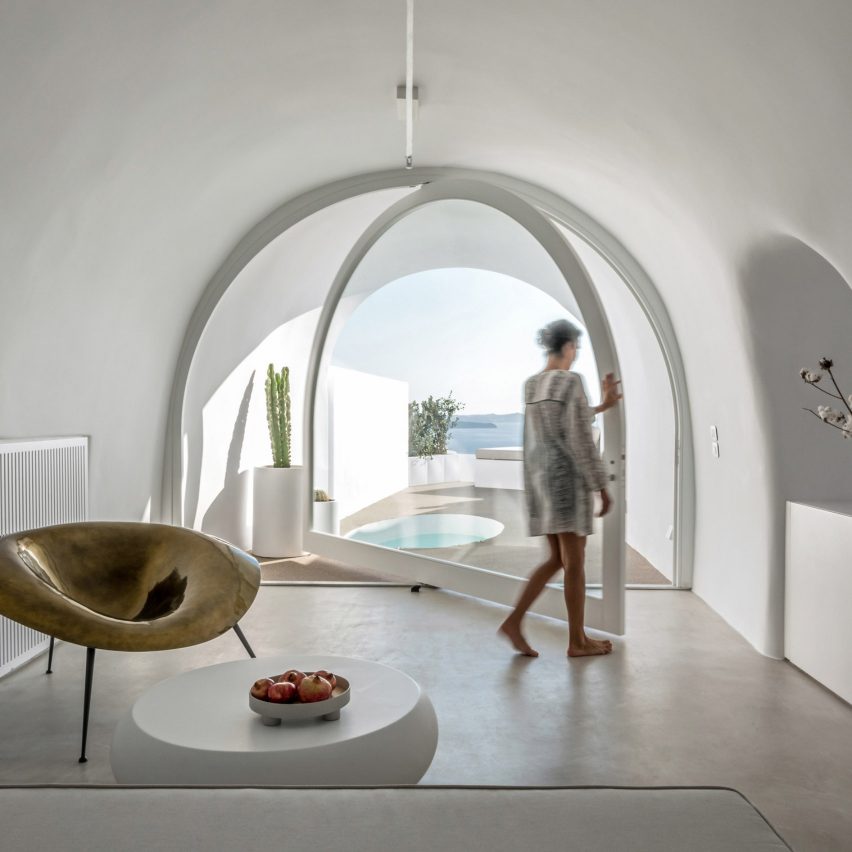 Greek studio Kapsimalis Architects has turned a cluster of former homes, barns and cellars on the island of Santorini into a hotel with rooms in caves .

Located among a strip of buildings that form the edge of the village of Odi, the Saint Hotel steps down on a cliff by the sea. 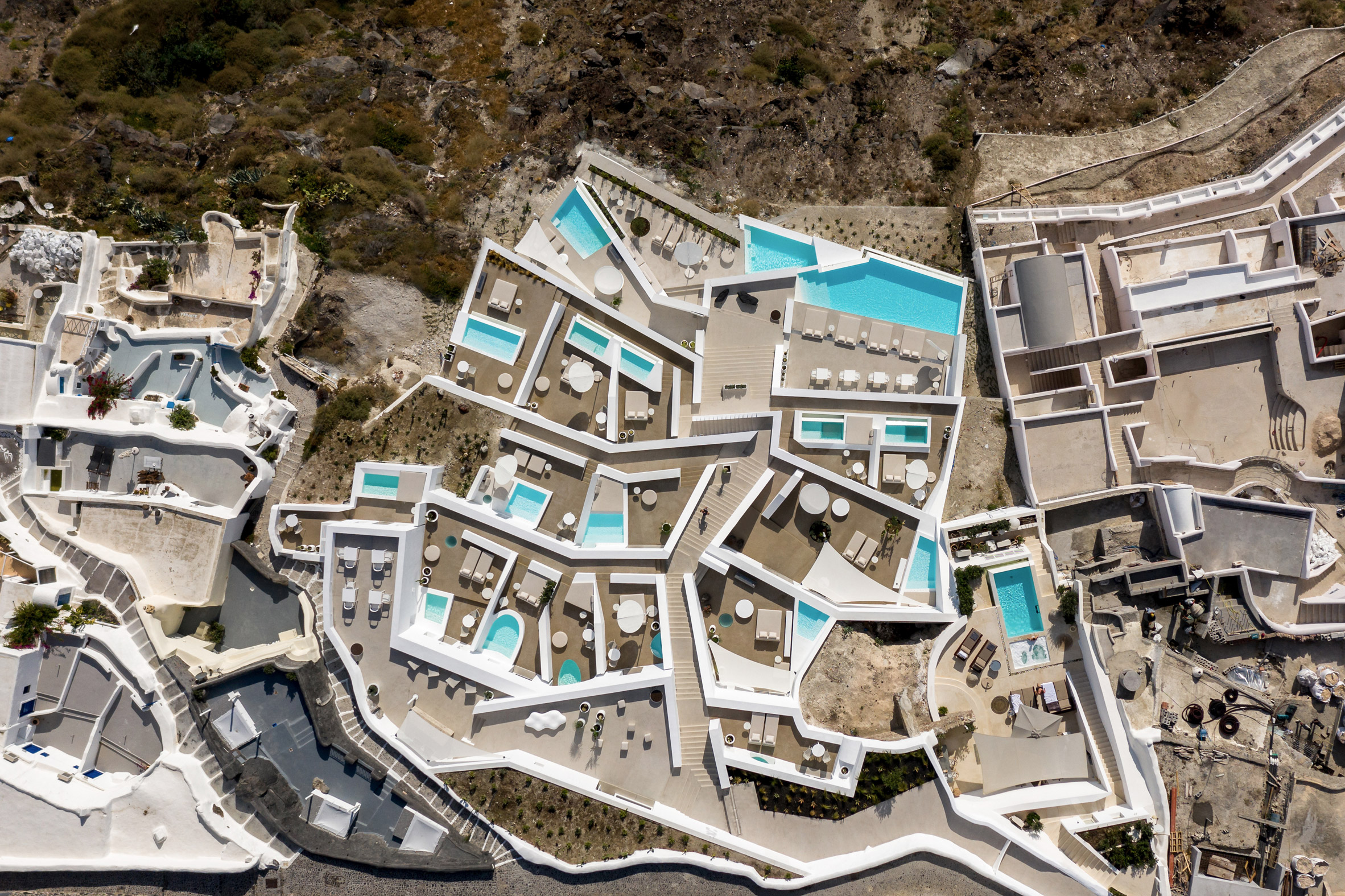 Each level has unobstructed views out to the island’s volcanic bay, with rooms dug into the steep hillside. 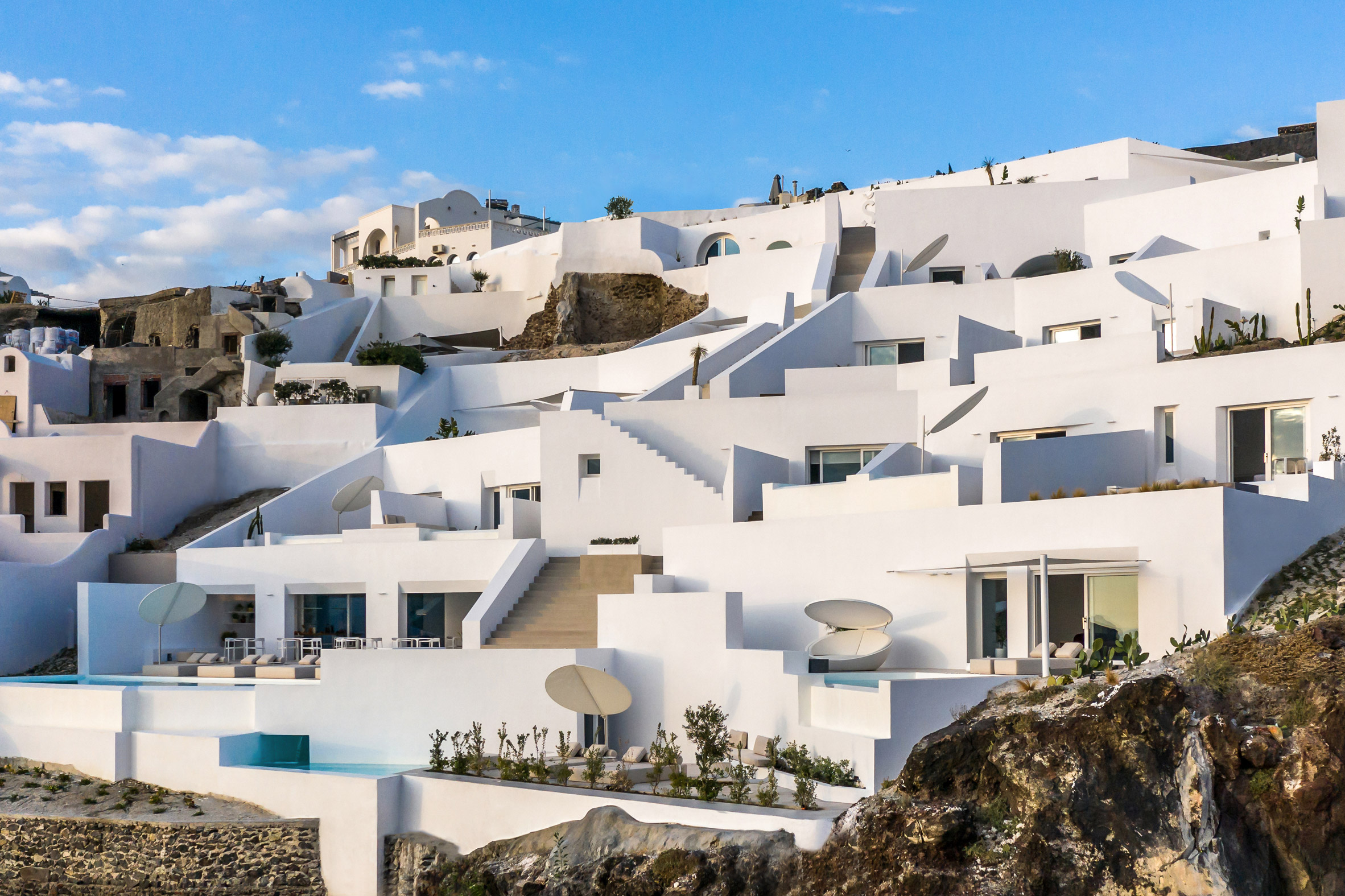 The rooms, along with pools, a restaurant, spa and gym, are all connected via central a concrete stairway that winds its way through site.

Six of these hotel rooms occupy original and restored structures, while the remaining spaces have all been newly designed. 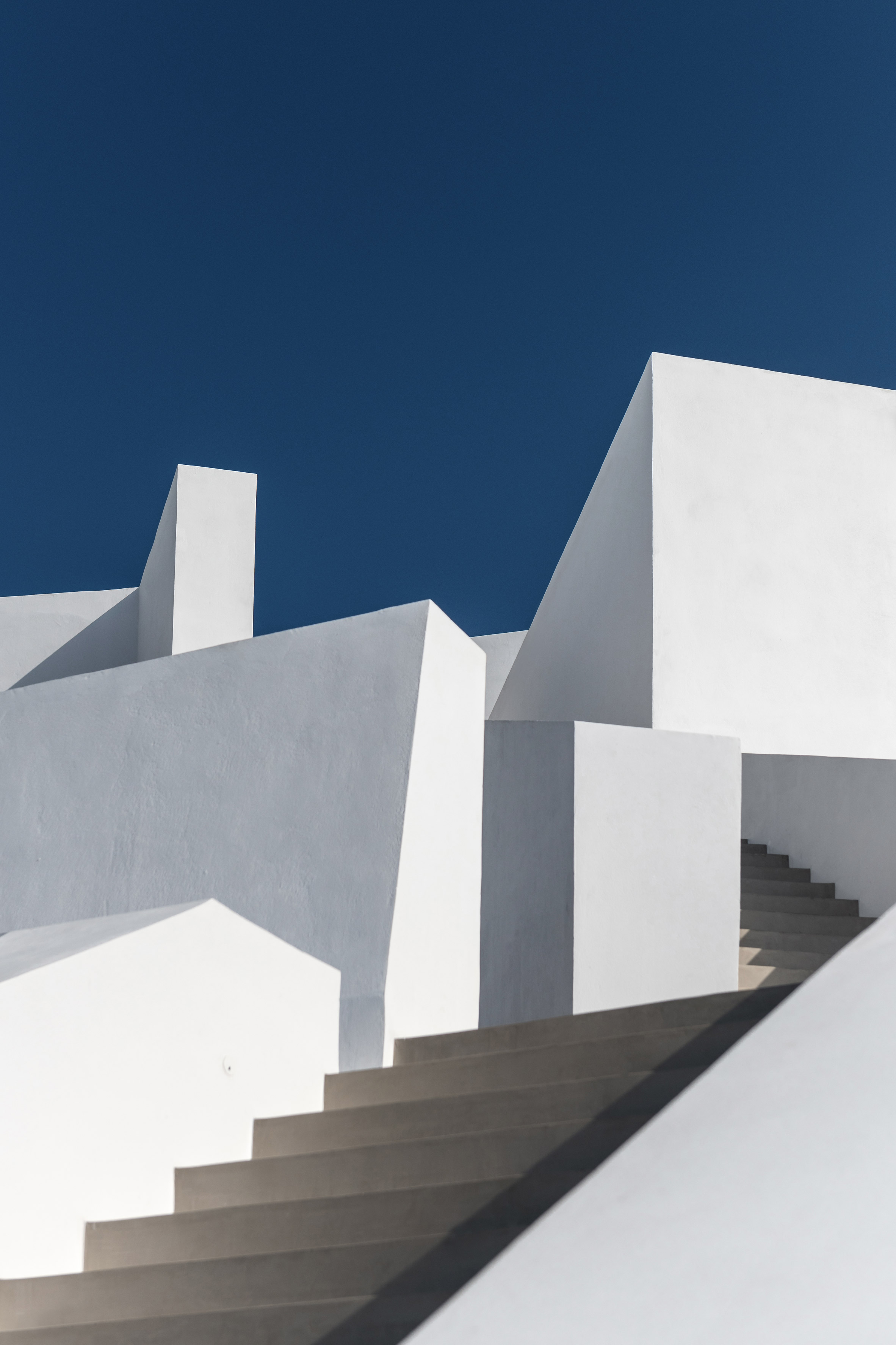 As the buildings occupy a significant portion of the village’s urban fabric, Kapsimalis Architects wanted to make the project sympathetic to the area’s traditional streets and architectural forms, but used new materials.

“The techniques used are synthetic, in terms of the integration of the new hotel complex in the old urban fabric and the volcanic landscape,” founder Alexandros Kapsimalis told Dezeen.

“This included the building’s structures, the geometric shapes, the human scale, the selection of materials, textures, colour and the contemporary hotel functionality.” 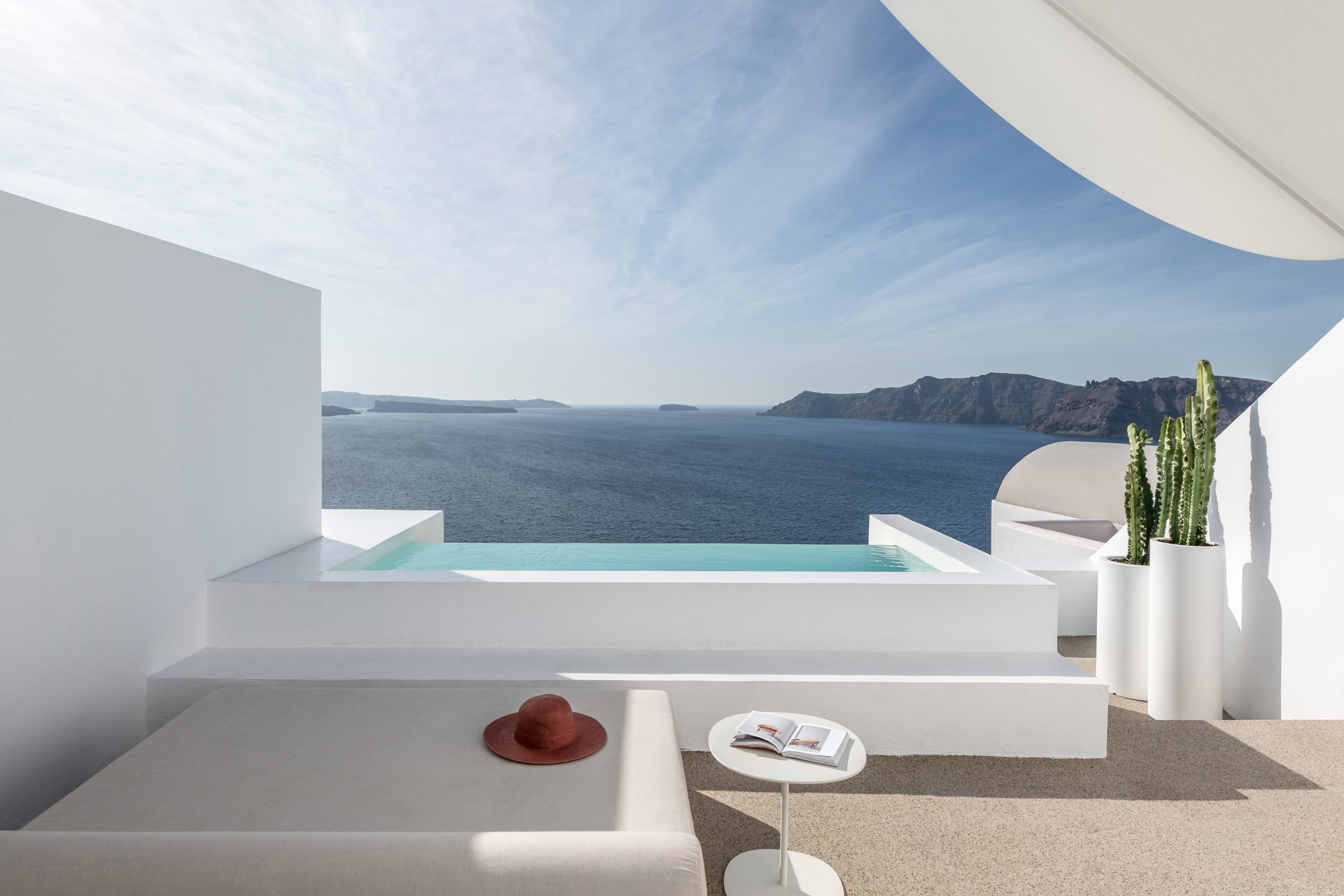 The original shape of the cave spaces has been retained, along with distinctive white colour of the buildings. 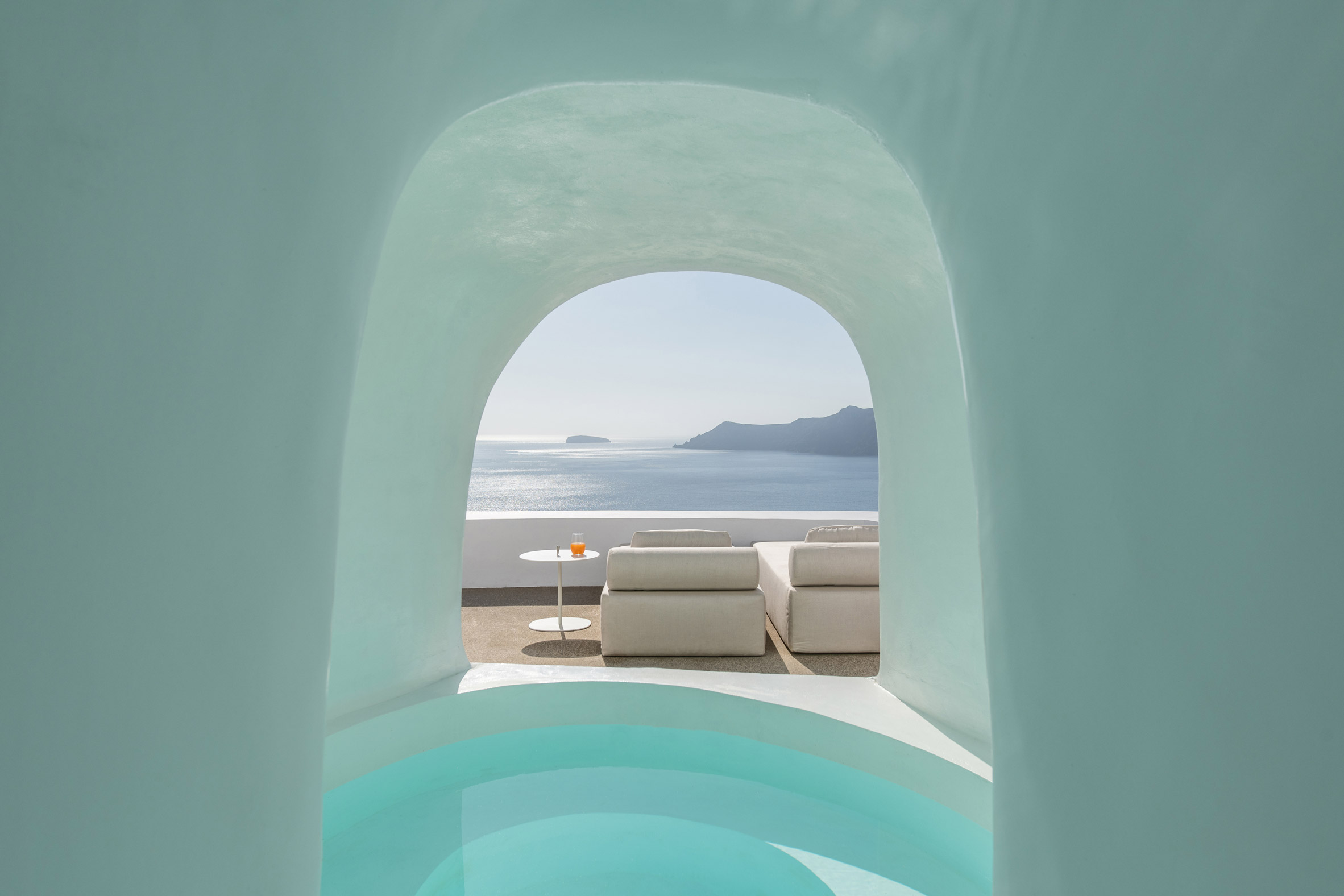 Connecting directly to the village via the reception, the degrees of privacy for guests are subtly mediated by the angled walls.

Alleyway-like spaces add privacy and connect the terraces and bedrooms. 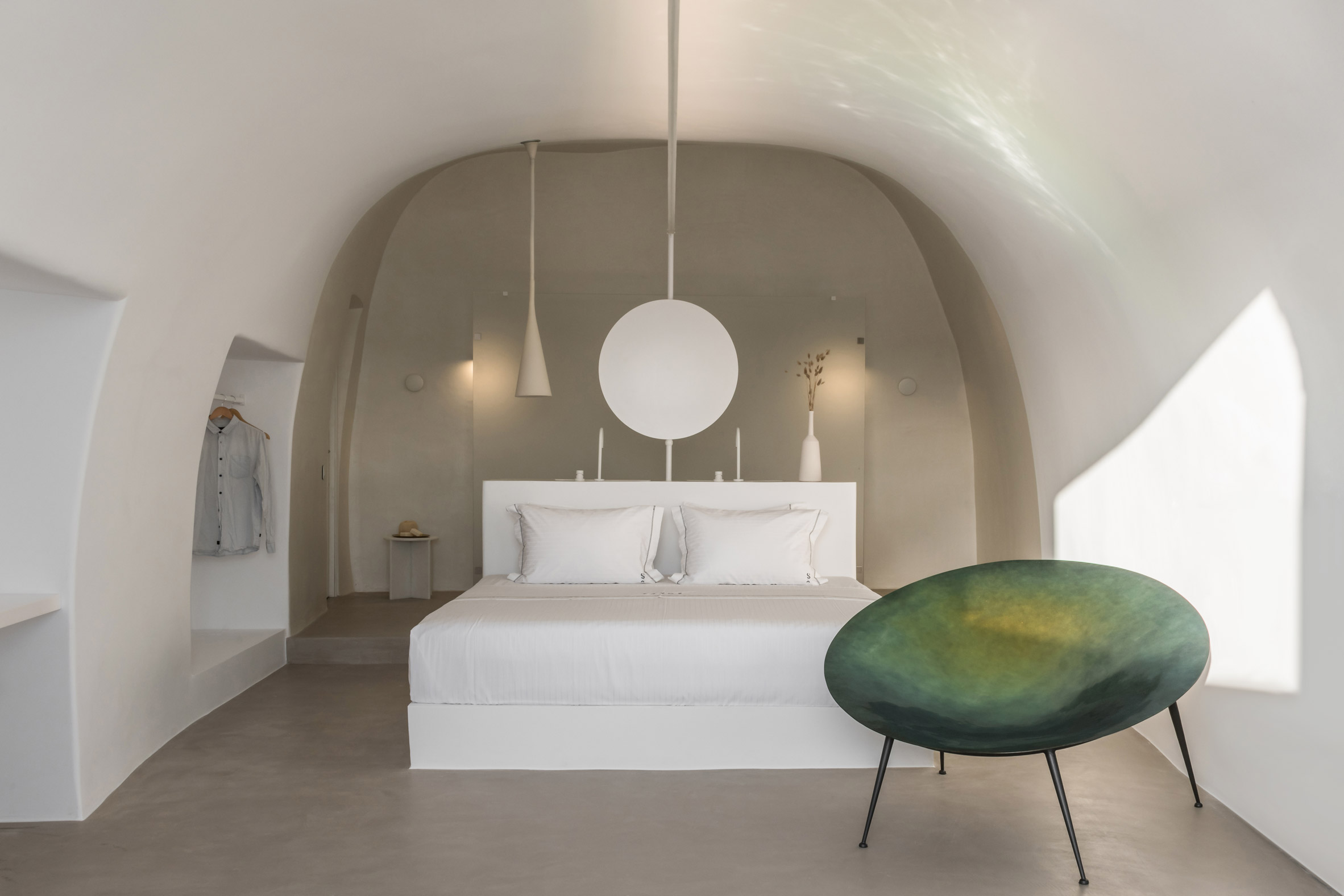 “Due to the fact that the borders between the hotel space and the old urban fabric are not so definite, the interaction of the hotel guests, the village visitors and residents is certain,” said Kapsimalis.

“[However], the design and the function of the hotel can offer privacy to its guests, in case calm and isolation are needed.” 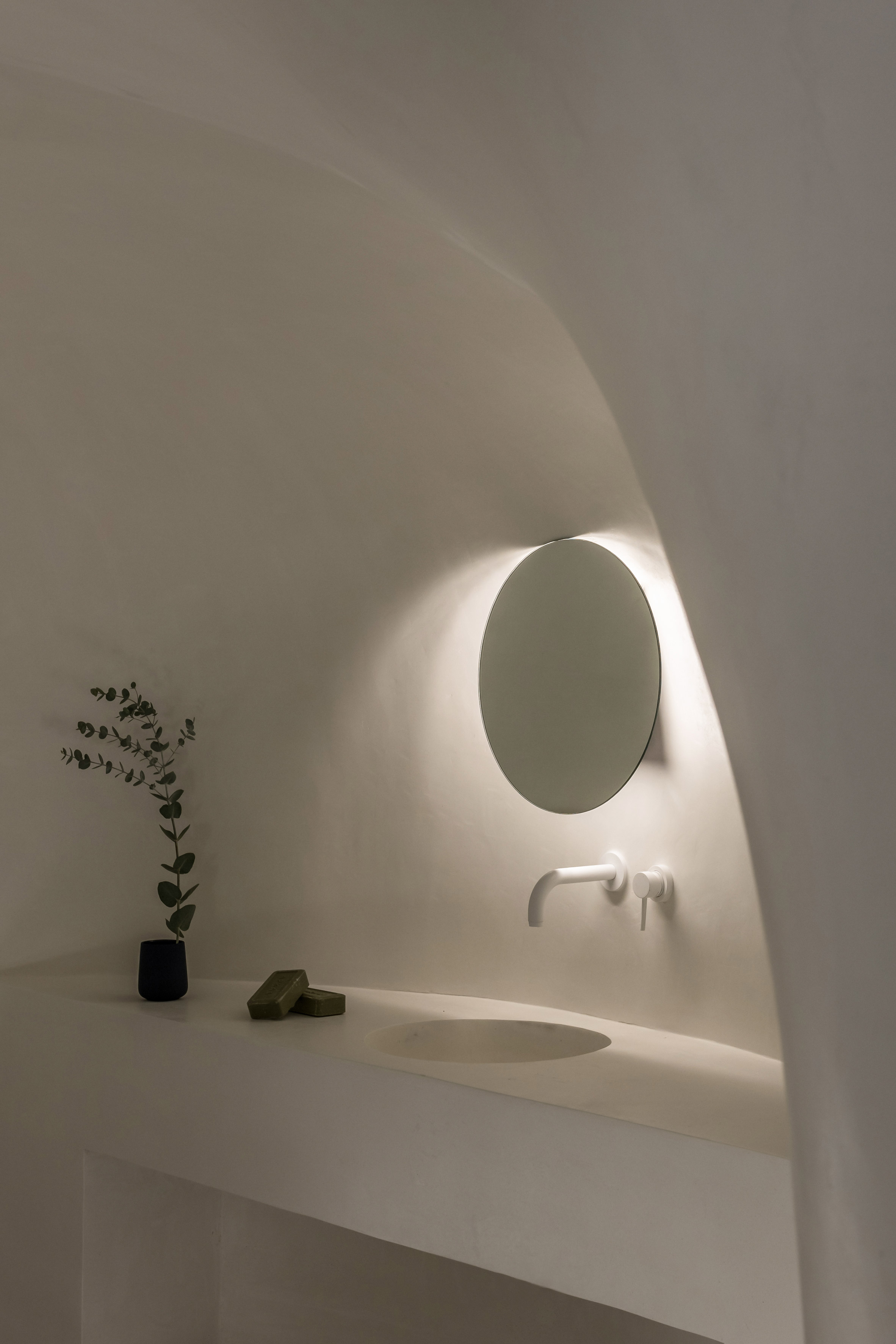 The interiors of Saint Hotel’s room match the all-white exteriors, with the smooth walls of the caves finished in white plaster for rooms decorated with austere and minimal fittings.

Pieces of amorphous furniture inhabit the spaces, such as seating pods with hinged lids and circular sunshades that can be angled and rotated. 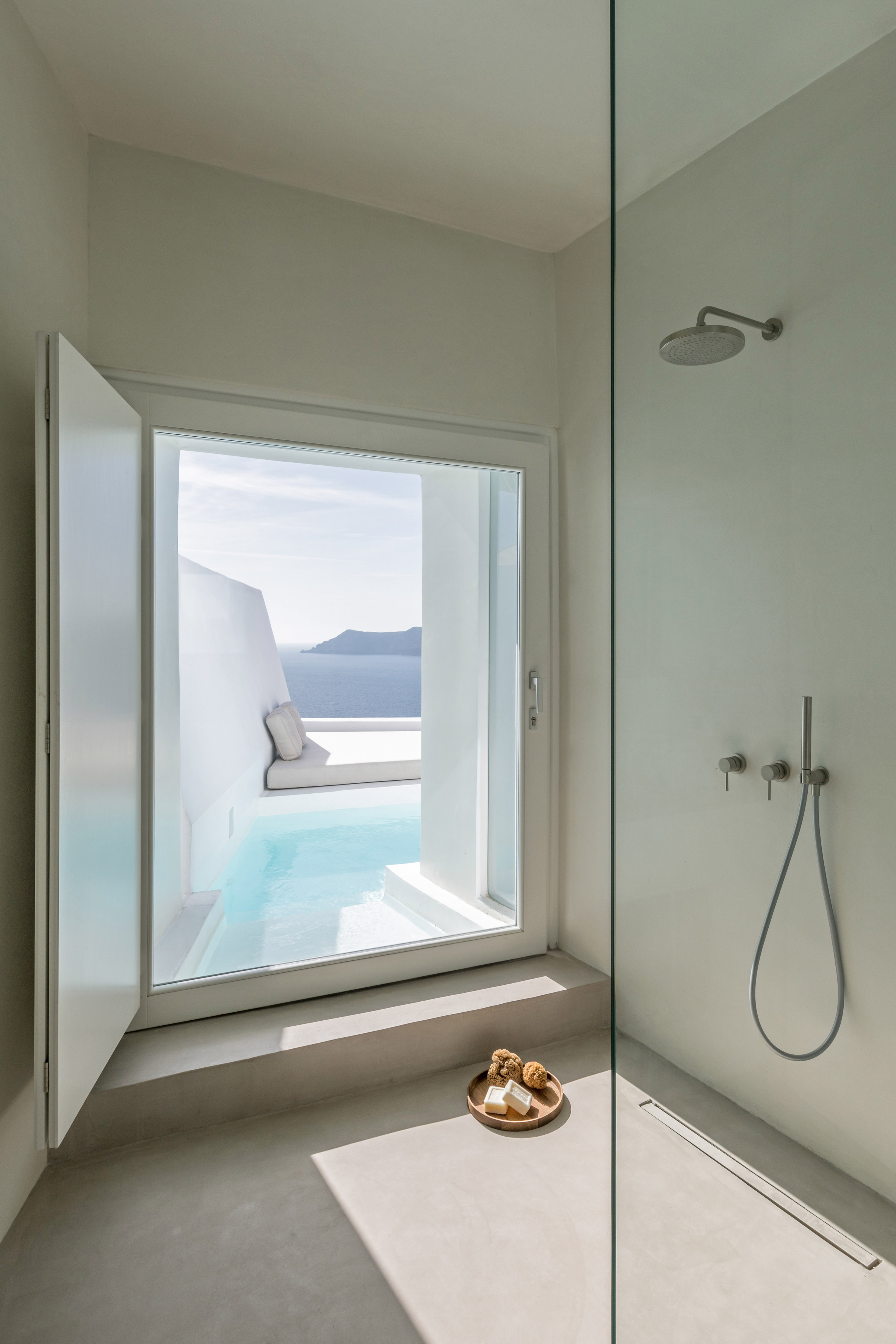 Kapsimalis Architects, founded by Alexandros Kapsimalis and Marianna Kapsimali, has previously completed many projects which respond to and renovate existing structures on the island of Santorini.

Working again with the cellars and caves featured in many traditional homes on the island, the practice transformed two vaulted structures into a holiday home arranged around external yards.

Photography is by Giorgos Sfakianakis .

The post Hotel on the Santorini coast has rooms in white-painted caves appeared first on Dezeen .