House in Hokusetsu by Tato Architects is designed as a labyrinth 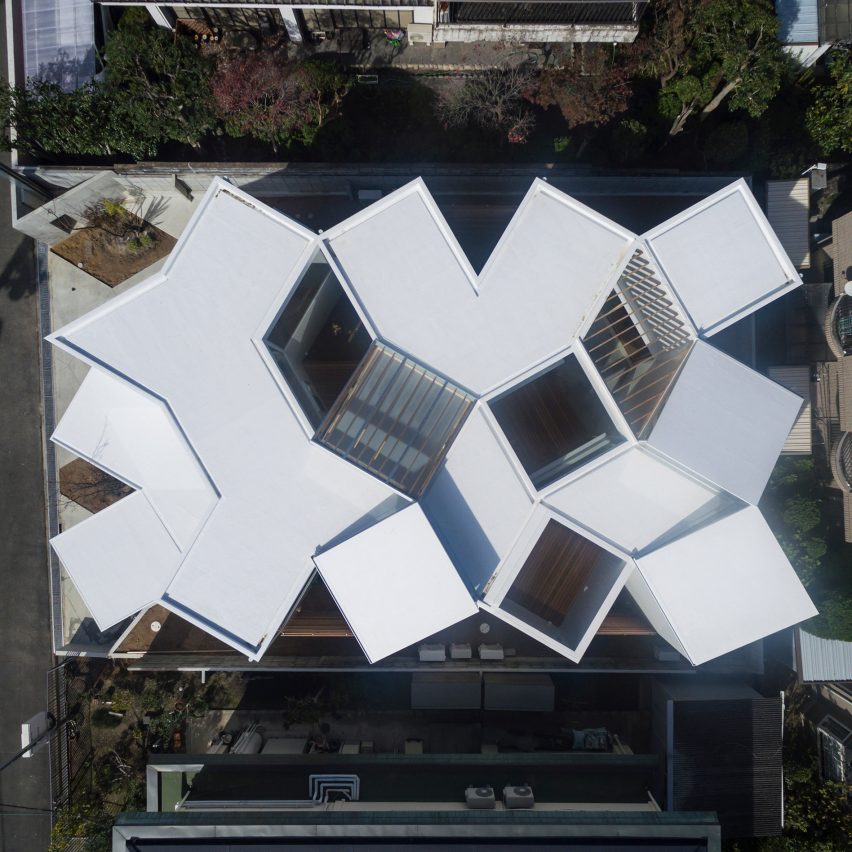 Tato Archiects, led by architect Yo Shimada, designed the house for a family who wanted an interesting and dynamic home that makes it easier to spend time together. 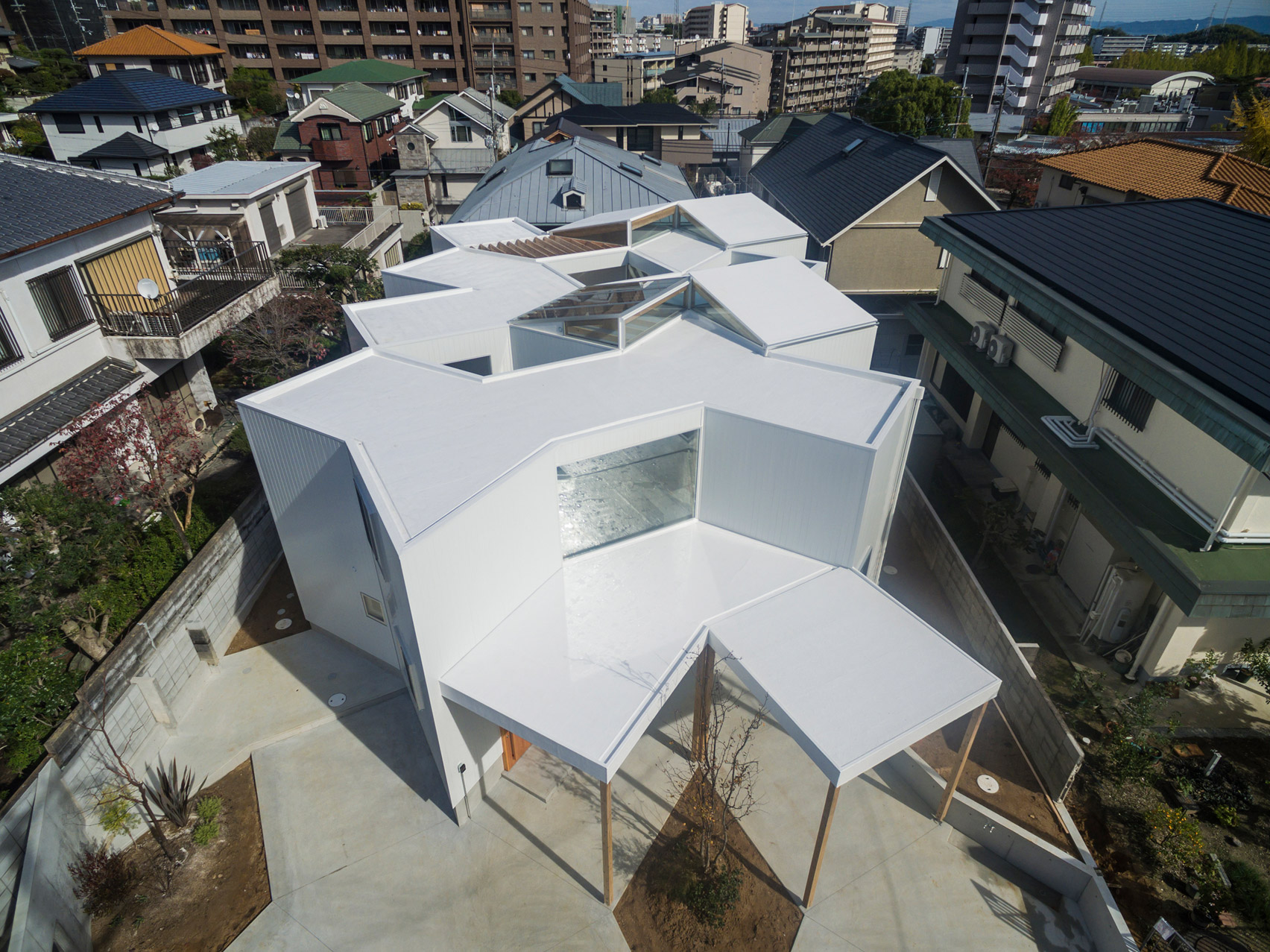 Rather than sticking to a regular orthogonal floor plan, Shimada developed a pattern featuring 12 squares connected by rhombuses composed of two equilateral triangles.

“The house is filled with autonomous spaces that can accommodate changes in lifestyle,” said Shimada. “It is a crystalline labyrinth where the spaces are repeatedly reflected into a prismatic figure.” 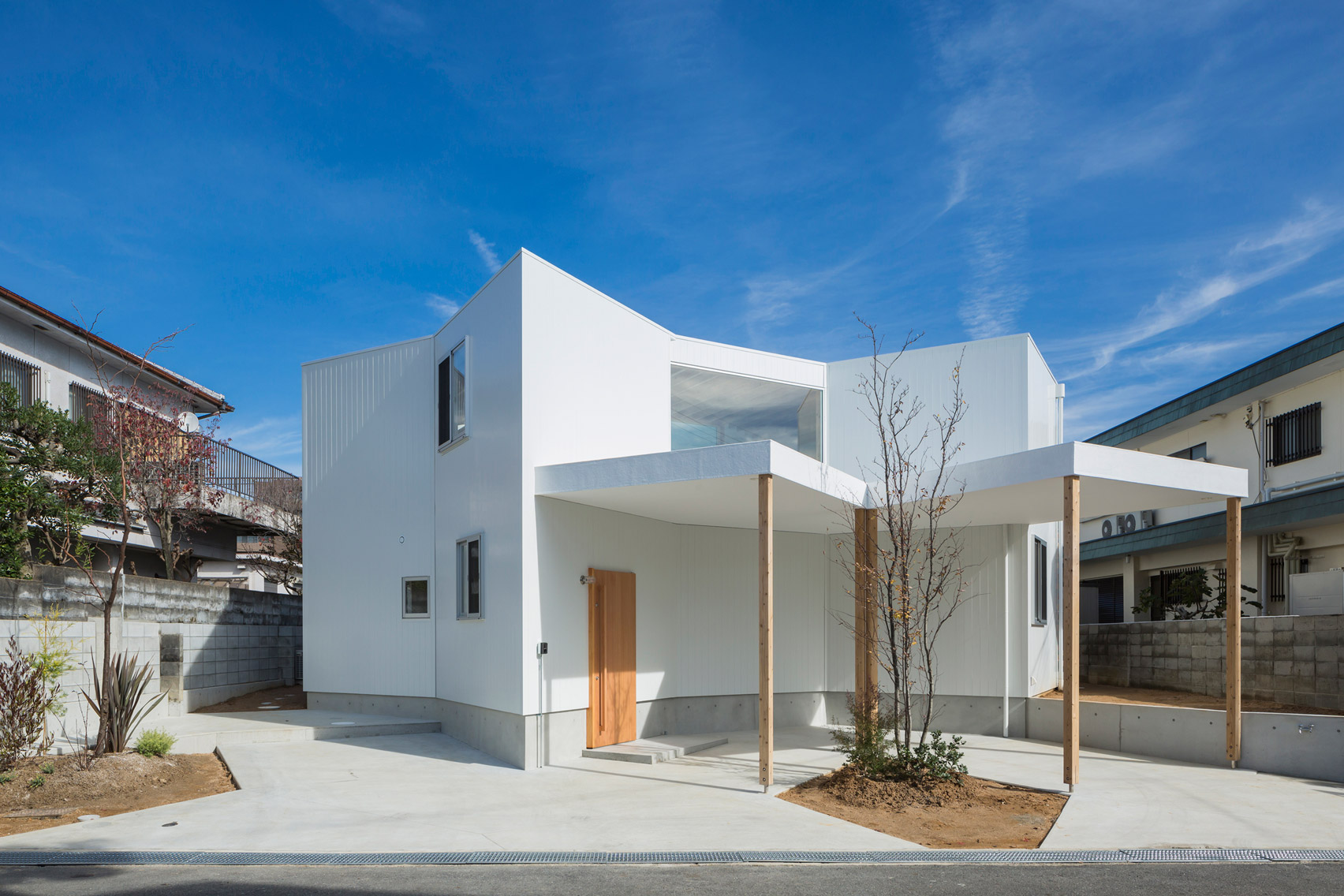 Twelve rooms on the ground floor are joined by six more on the upper storey, with the angular spaces in between designated as multipurpose communal areas that also incorporate circulation.

Shimada developed the concept based on a belief that the arrangement of rooms in traditional properties enforces a certain lifestyle on the owners. With House in Hokusetsu, he wanted to explore the potential of more varied and flexible spaces. 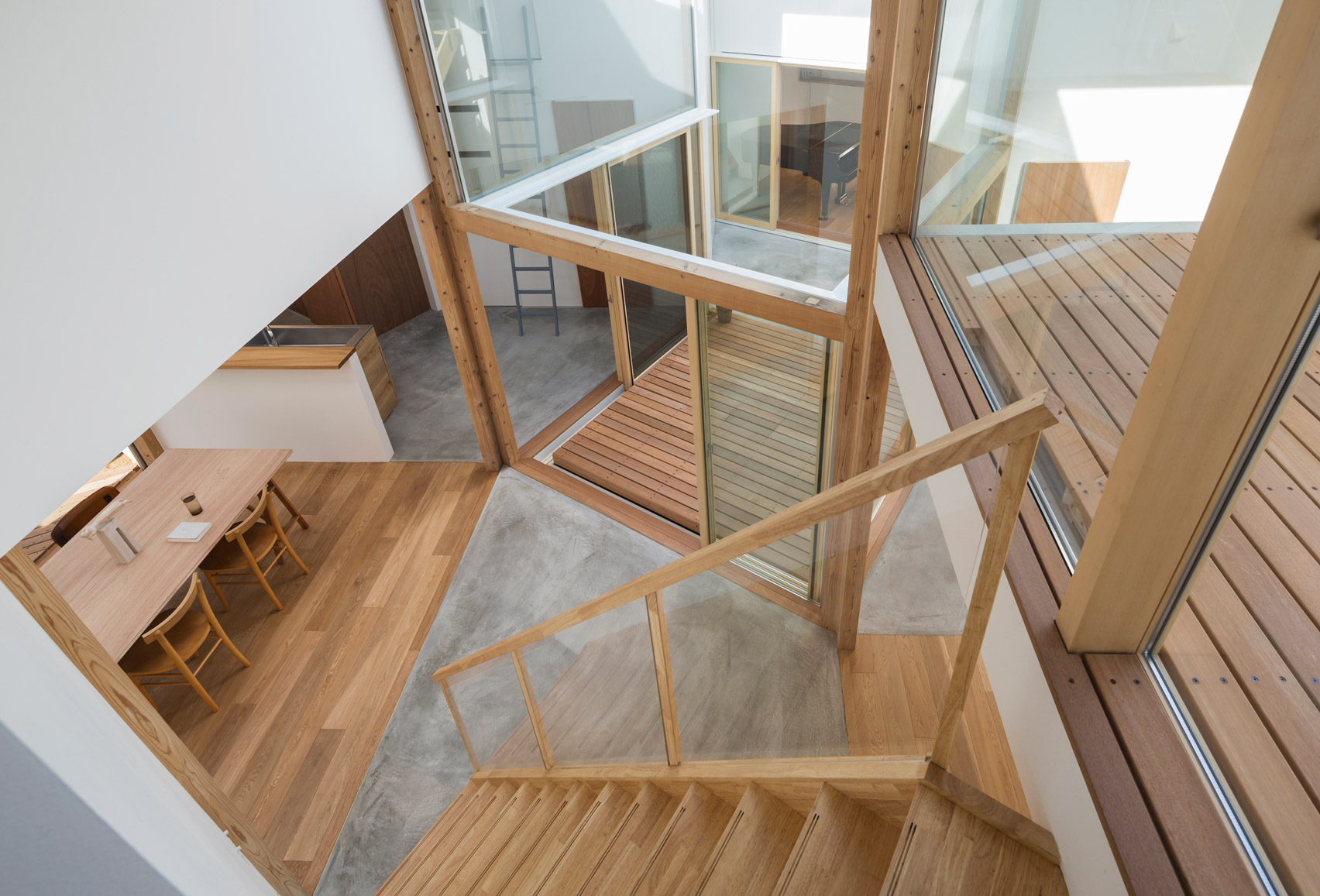 “Since we are familiar with spaces designed with right angles, it is easy to measure their spatial volumes and relationships,” Shimada added.

“However, by slightly turning the corners where the walls intersect, our spatial awareness suddenly becomes complicated, and we feel as if the limited space has expanded.” 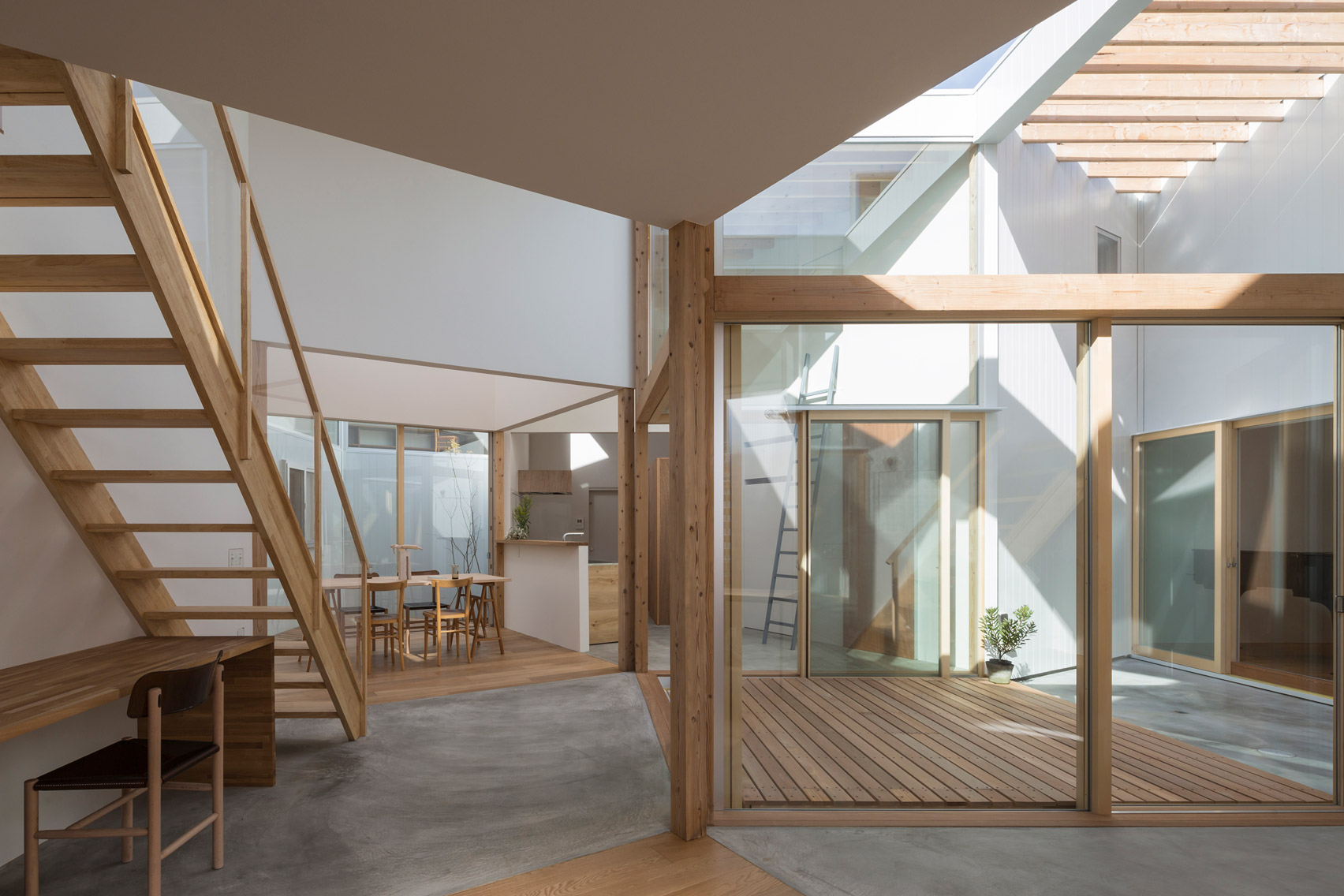 House in Hokusetsu is situated within a dense residential neighbourhood and its exterior is largely closed to ensure privacy and prevent overlooking by surrounding houses.

Three internal gardens are incorporated into the geometric pattern, which extends onto the external landscaping. A canopy lining one of these garden zones creates a sheltered entrance porch. 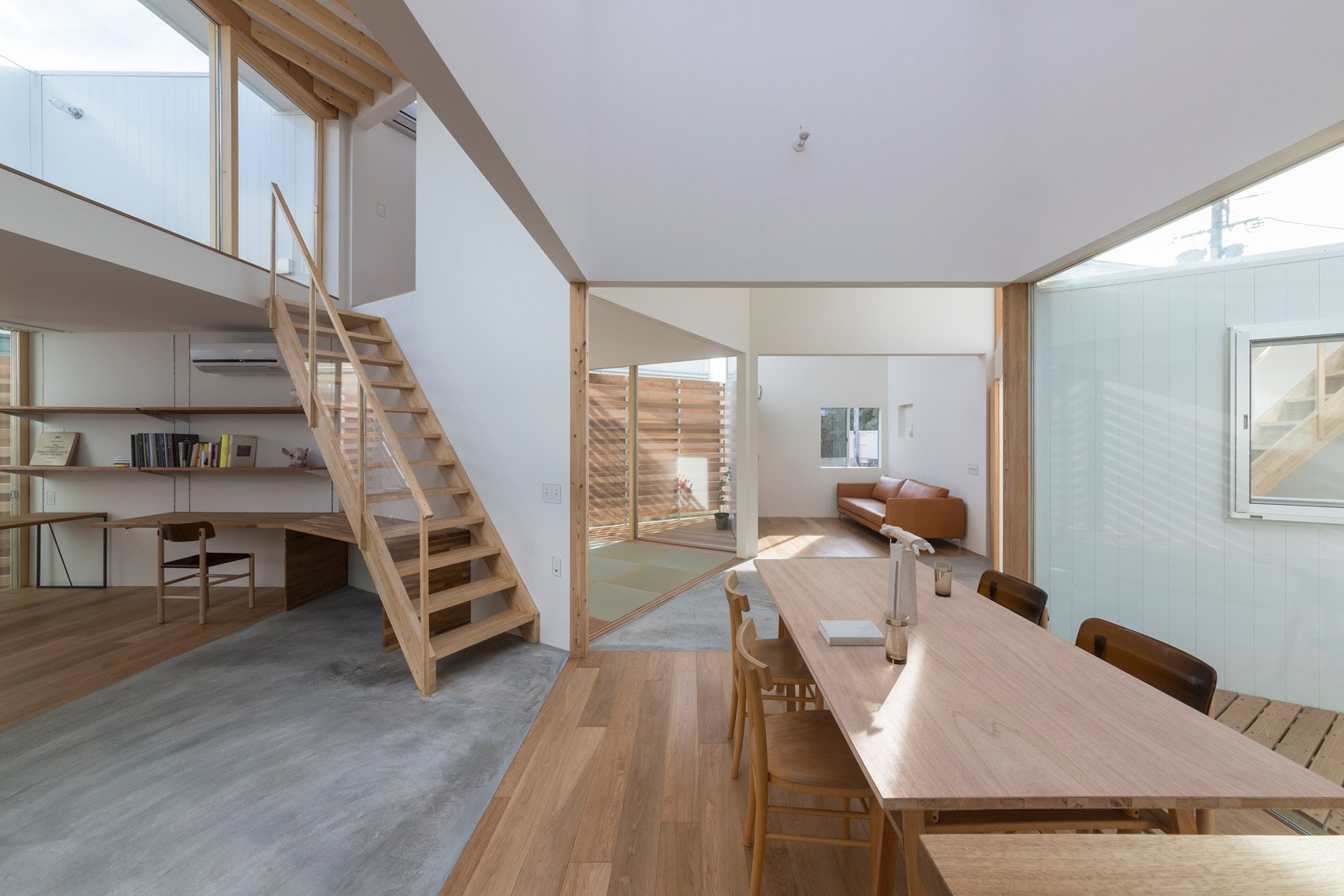 Inside the house, one of the square spaces accommodates a decked terrace adjoining an angular concrete courtyard. Another rhombus-shaped void is split into a triangular terrace and a compact garden.

These secluded open-air spaces allow daylight to penetrate into the central areas of the floor plan and provide a connection with the outdoors within the otherwise enclosed design. 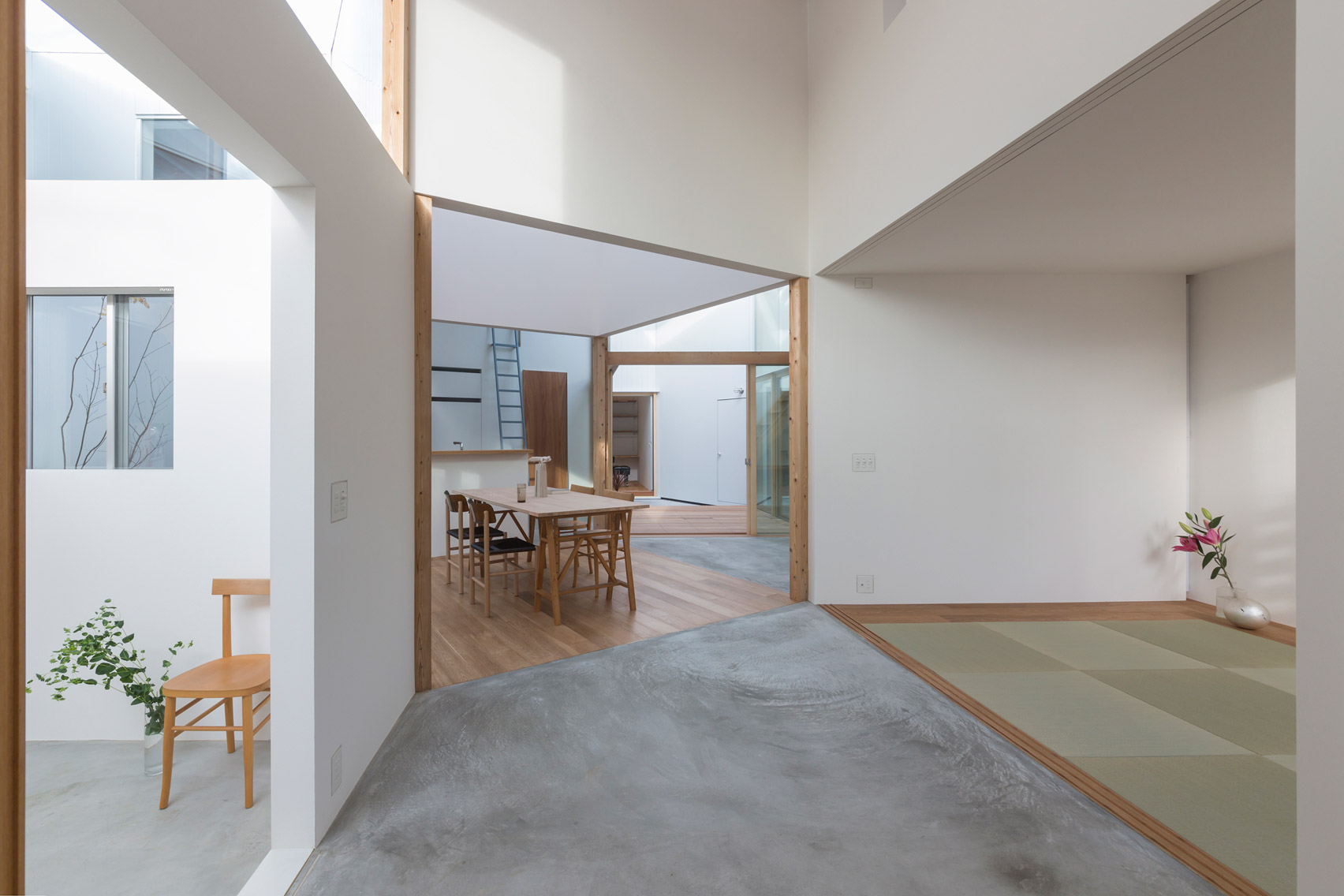 The sequence of interconnected rooms offers several different routes through the building and a more varied use of space than is typical in conventional homes. 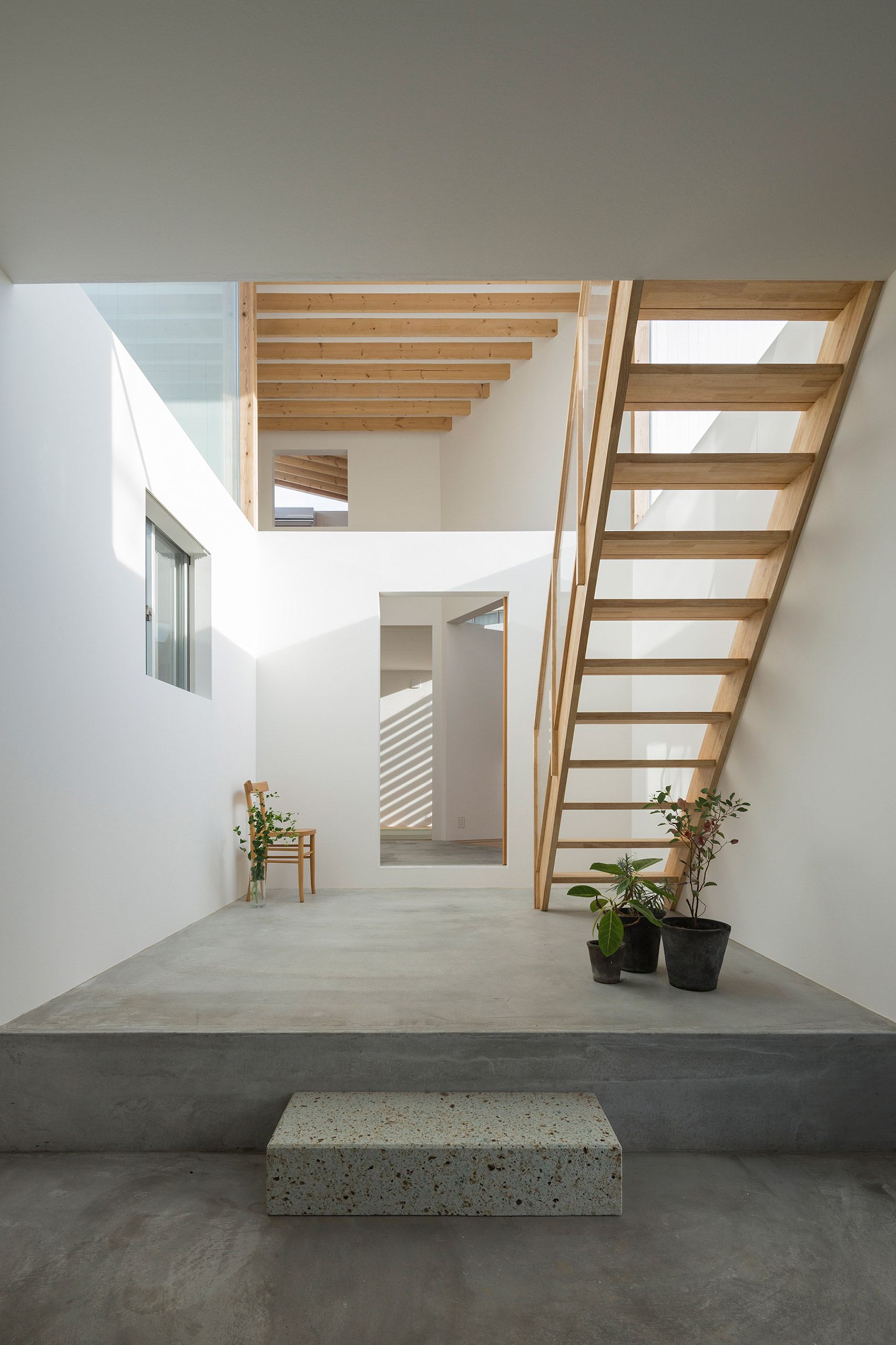 The building has a timber frame, with supporting pillars positioned at the corners of each of the square rooms. The result is a calm and muted interior that has a coherent feel, despite the unusual spatial arrangement.

Previous projects include a house built around a sunroom that can be opened up to the elements, and a home with an interior designed as a single room split into numerous functional platforms.

The post House in Hokusetsu by Tato Architects is designed as a labyrinth appeared first on Dezeen.