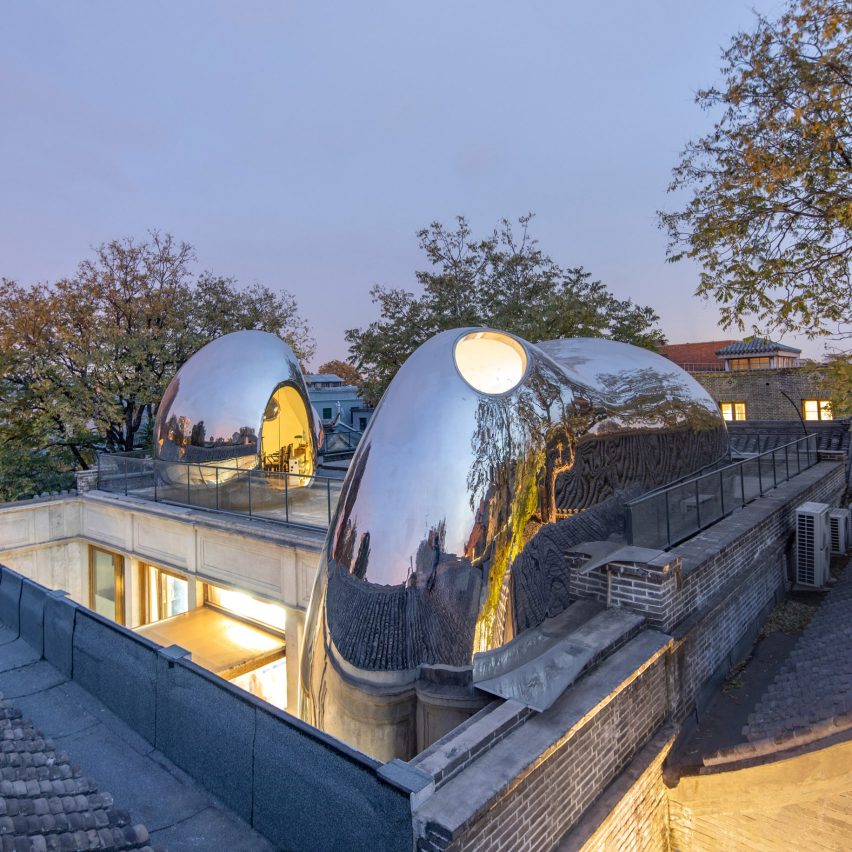 MAD has transformed a vacant courtyard house in one of Beijing’s ancient hutongs by adding two bubble-like workspaces to its roof.

Named Hutong Bubble 218, the overhaul is hoped to revive the hutong – a type of alley formed by lines of traditional courtyard residences – and attract more people to the neighbourhood in the Qianmen East area. 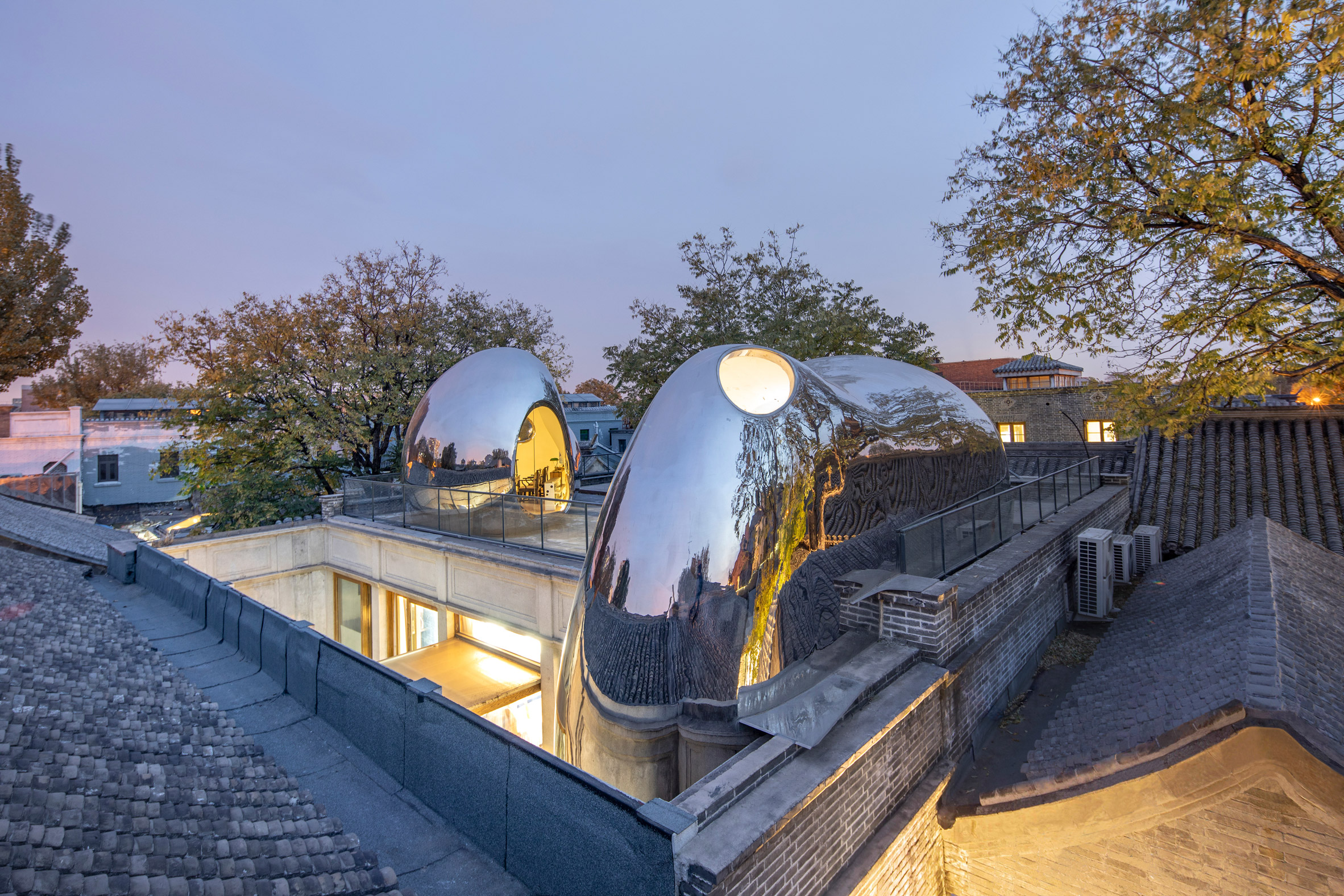 It forms part of MAD’s ongoing project that spotlights the potential of these ancient neighbourhoods in the Chinese capital, which are continually being damaged and demolished due to rapid urban development.

“This is a micro-utopian ideal,”said Ma Yansong, the studio’s founder. “I hope that these bubbles will serve as vital newborn cells, giving the traditional hutong new life, and revitalising the community.” 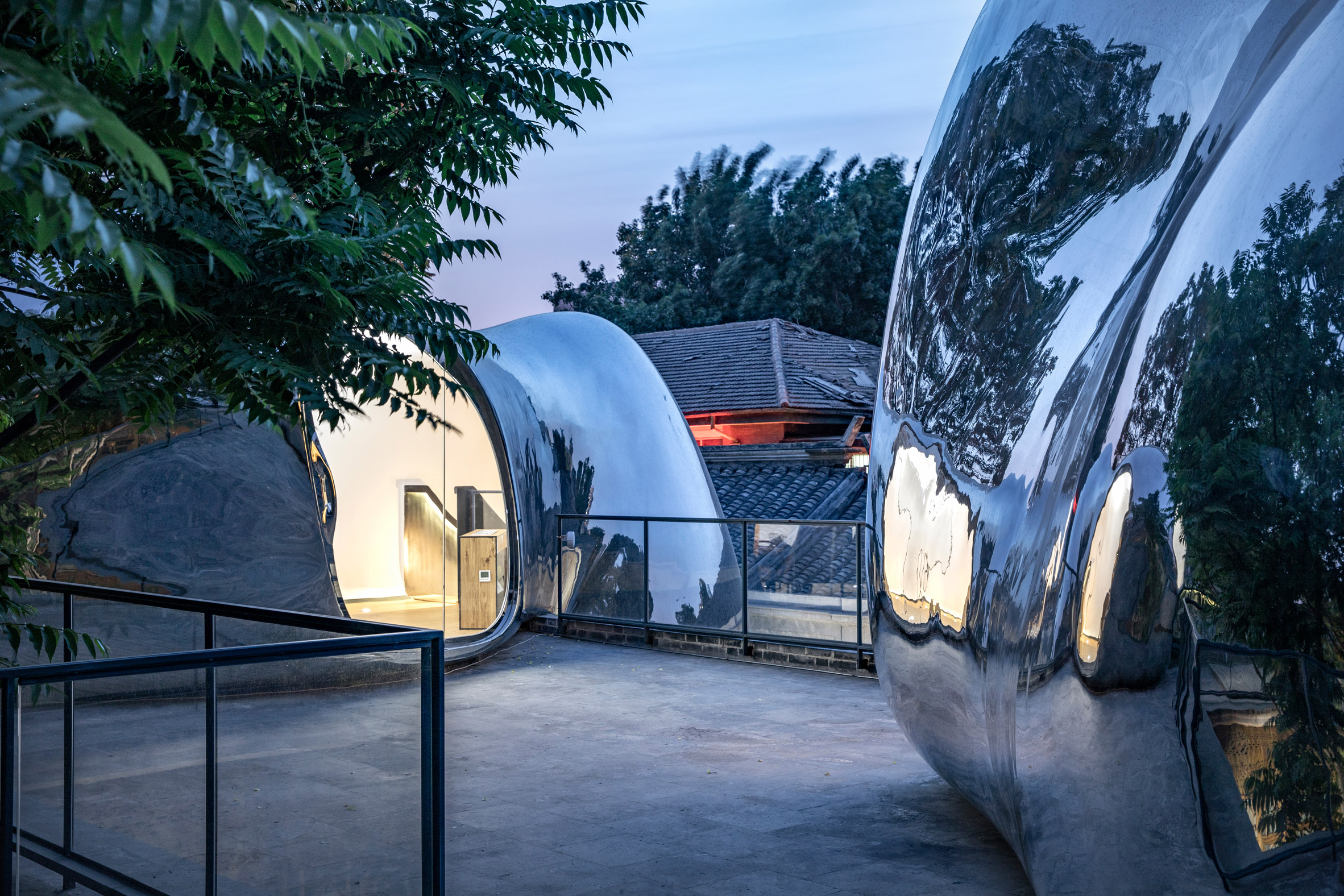 MAD’s first overhaul of one of Beijing’s historic courtyard houses, Hutong Bubble 32 , was carried out in 2009 and involved the installation of one mirrored bubble that contains a bathroom and staircase.

Its latest intervention, Hutong Bubble 218, is based in a dwelling near the Forbidden City palace that was built in the late 1800s to house Beijing’s first international hospital.

The building was later transformed into a residence for more than 20 families, but left abandoned after several structural interventions led to its dilapidation. 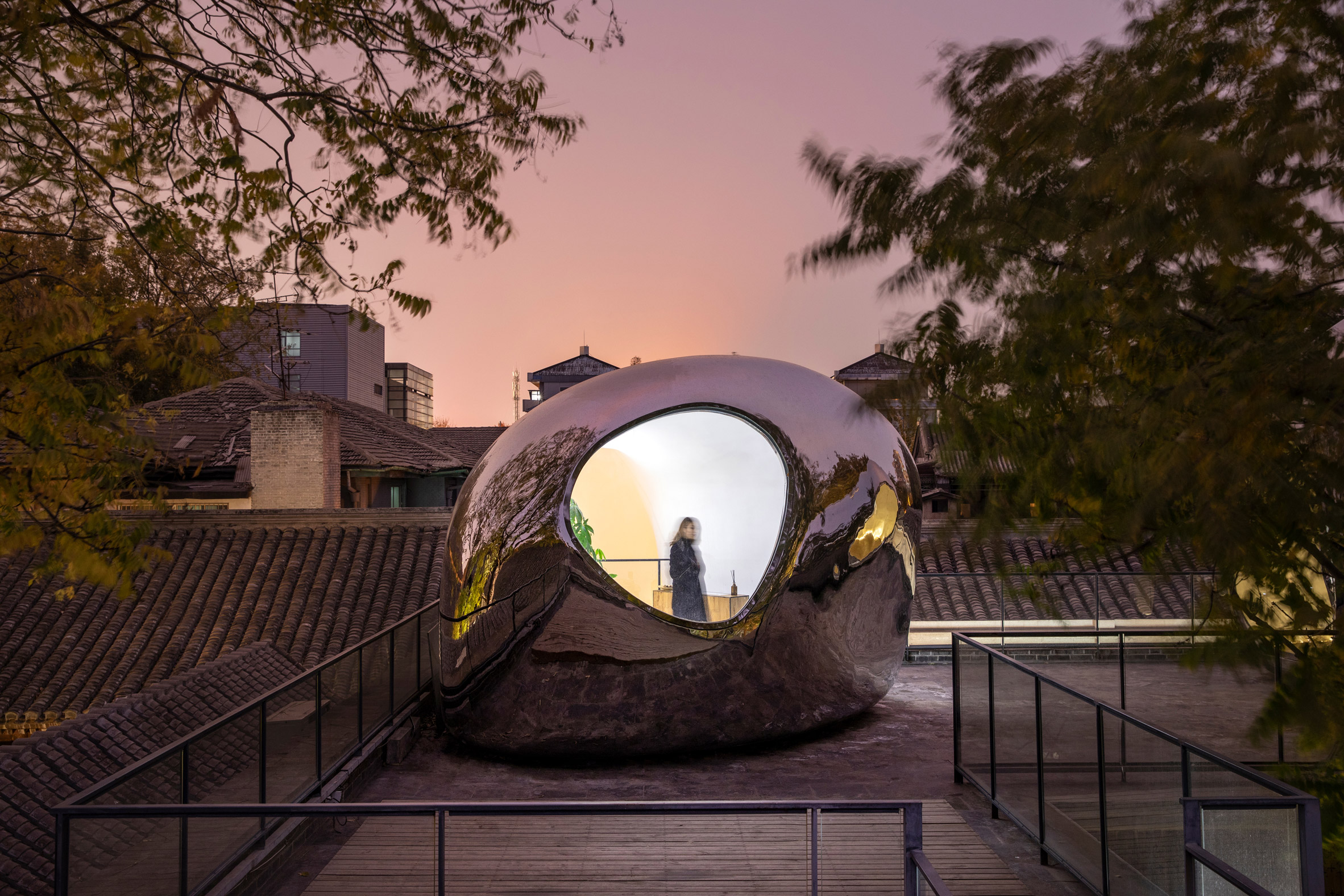 MAD has added two sculptural “bubbles” to the rooftop of the old courtyard house, which are not visible from the outside the hutong.

The largest bubble sits on the roof of the dwelling and spills over its edge into one of the house’s courtyards to meet the ground floor, encasing a spiral staircase. 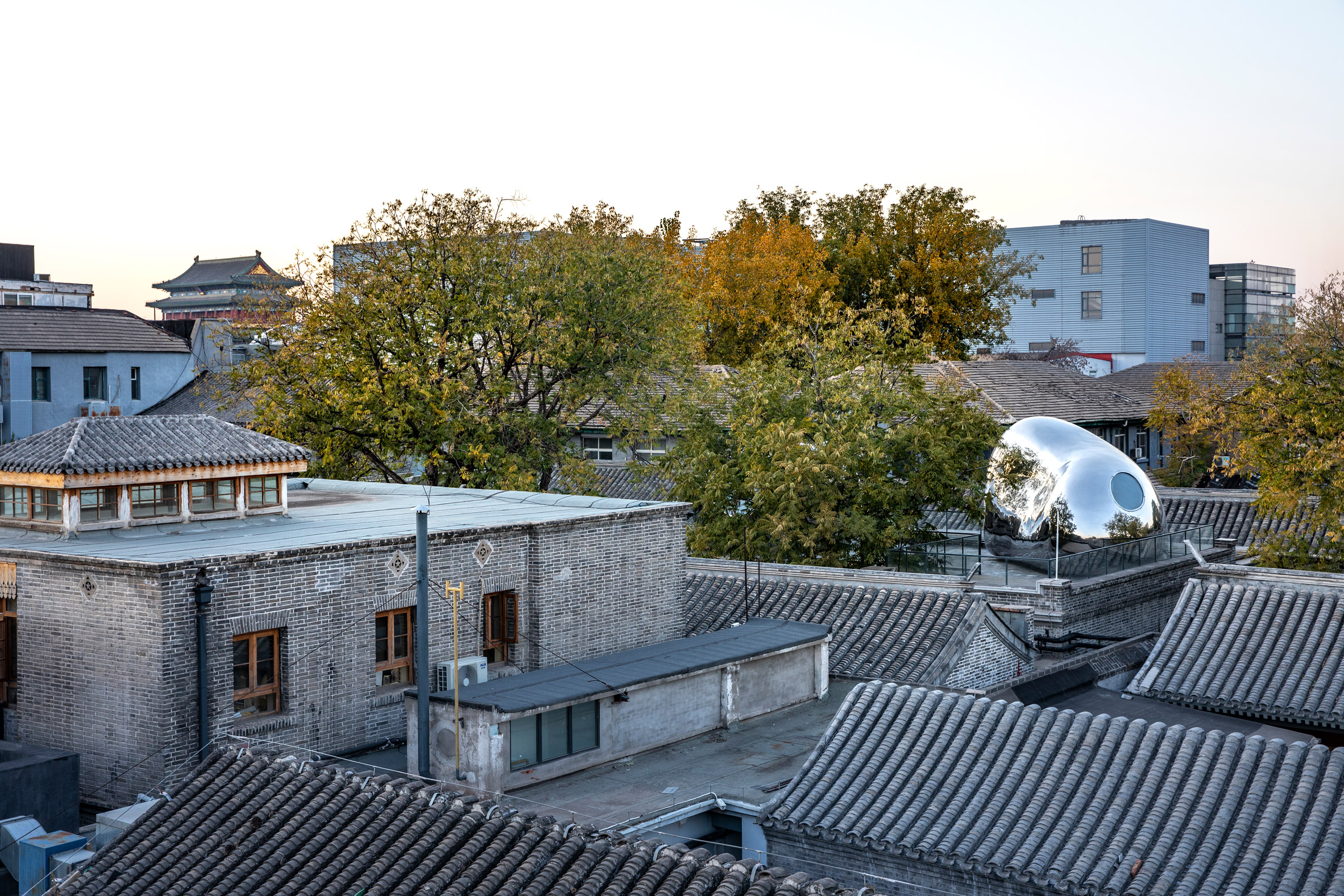 Beside it, the second small, bubble-like pod is designed to appear as though it has “landed on the rooftop”.

Housing a mix of tables and chairs, both the bubbles are designed to function as interchangeable spaces for meetings, meditation and tea rooms. 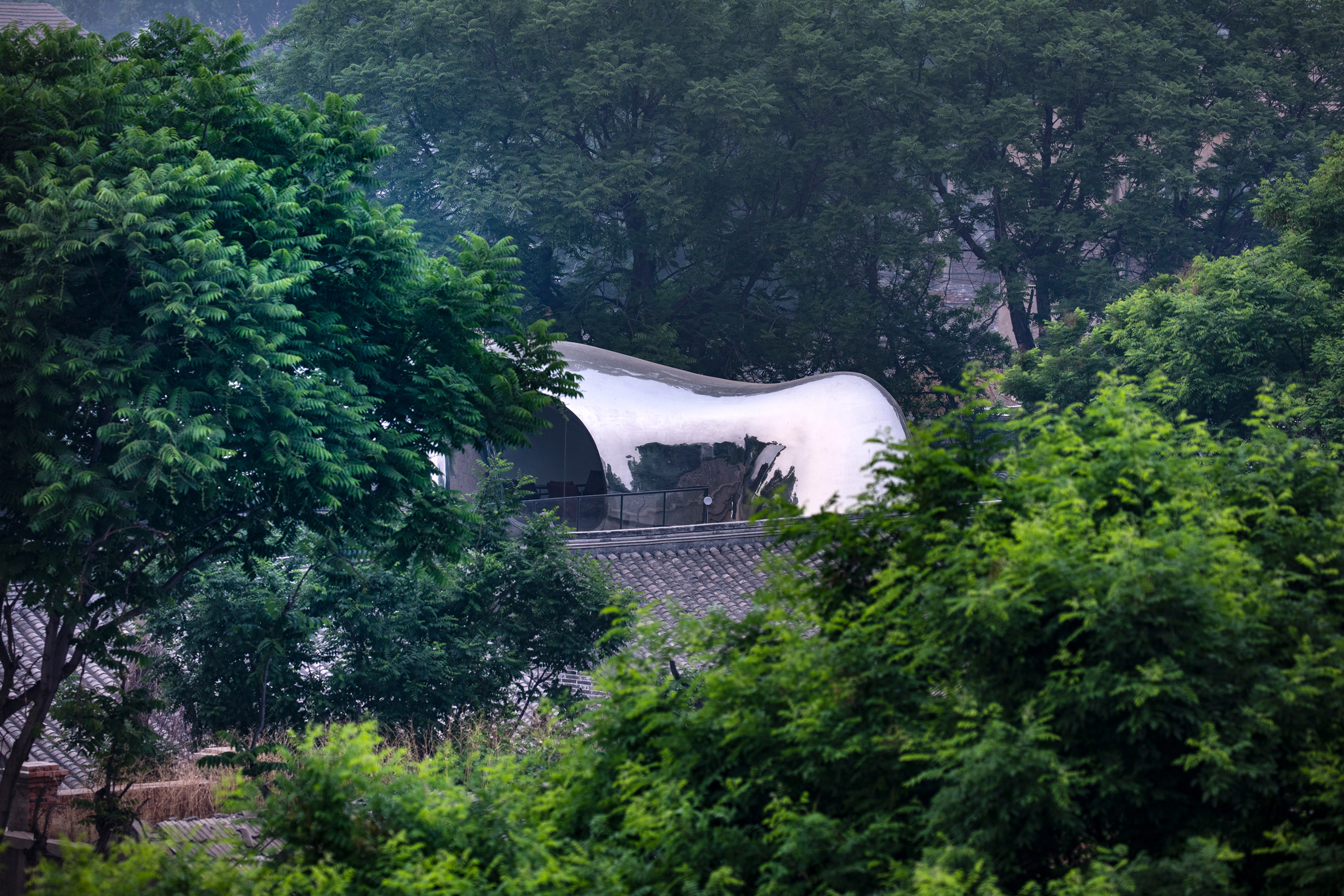 Like Hutong 32, both the bubbles are wrapped in smooth, mirrored stainless steel that MAD chose for a contemporary aesthetic that would also help them blend in by reflecting their surroundings.

“While they may seem foreign in their historic context, a mysterious aura emanates from these futuristic and surrealistic forms,” explained the studio.

“Their smooth mirrored surfaces reflect the ancient buildings, trees and sky within the vicinity, blending into the environment. Instead of interrupting the existing urban fabric, the old and new complement one another.” 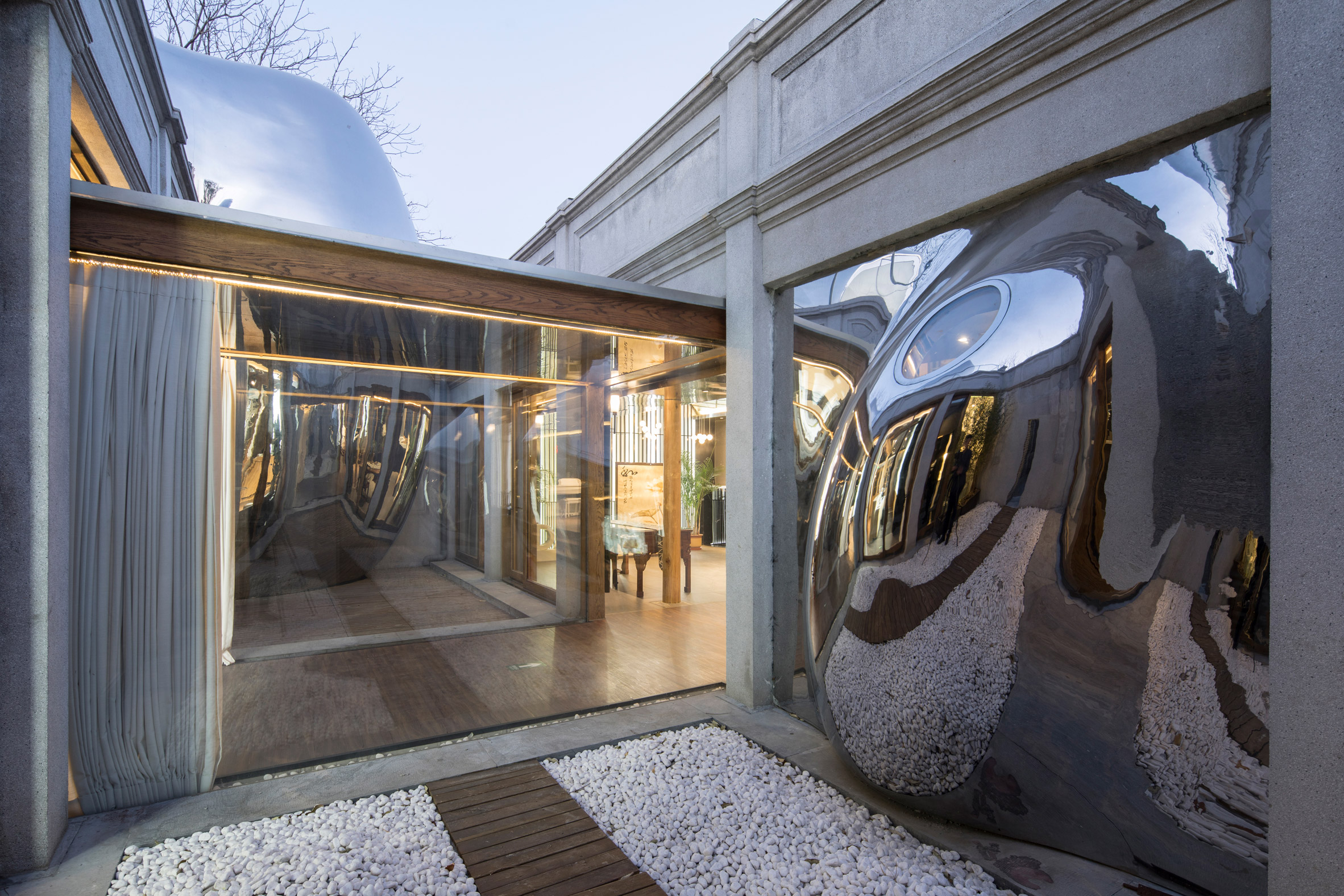 As part of the project, MAD has also renovated the dwelling by revamping its street-facing facade with new grey bricks and inserting new glazing to maximise light inside.

The main courtyard has also been restored to its original layout, with its wooden lining stripped of any stains and all damaged parts replaced with exact reproductions. 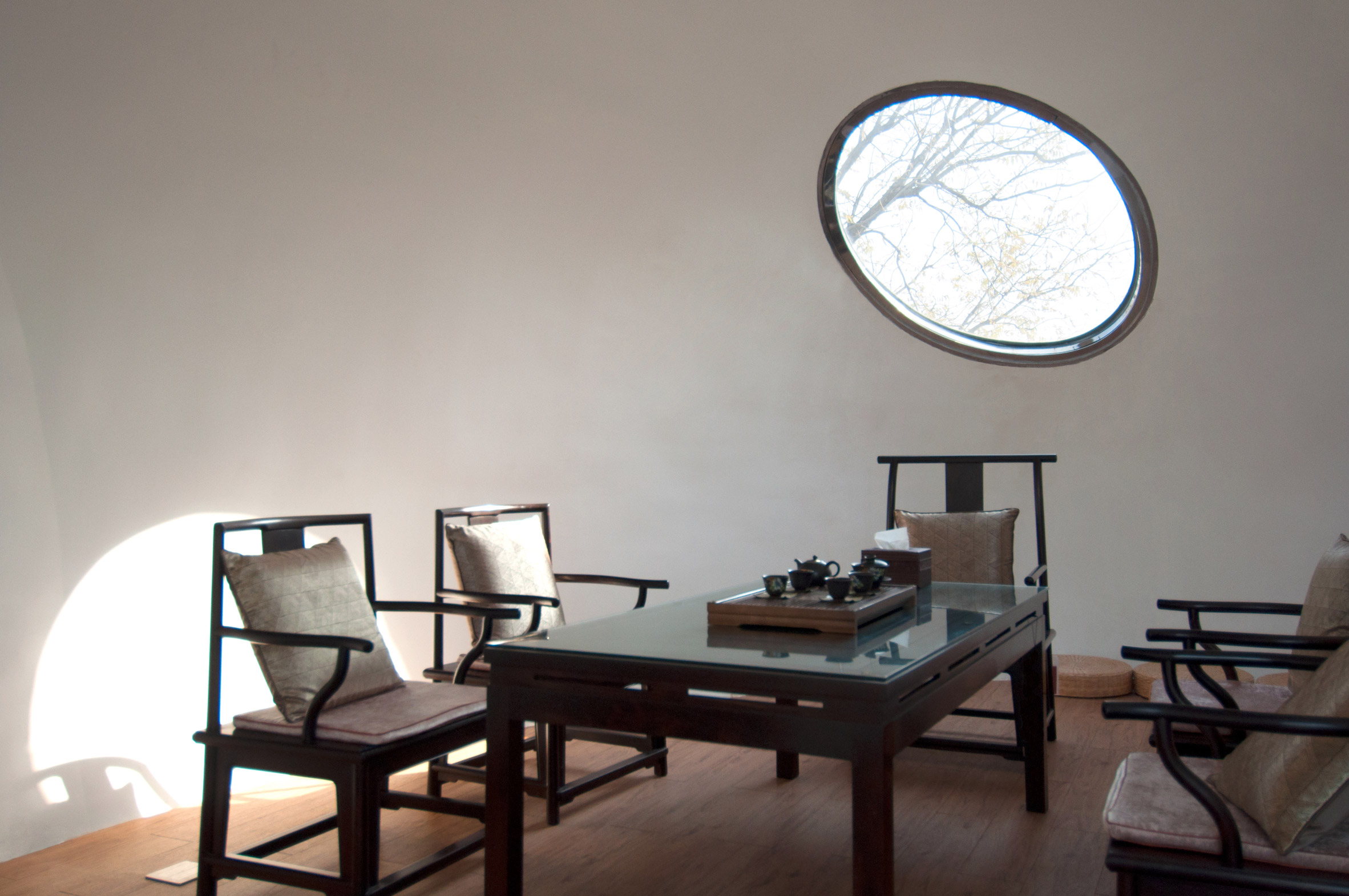 MAD first presented its idea to preserve Beijing’s hutongs in 2006 at the Venice Architecture Biennale. Named Beijing 2050, the proposal suggested that “progress does not necessarily require large-scale change and construction”.

Instead, it imagined inserting the mirrored pods throughout the city’s existing urban fabric to attract new people and activities back to the ageing and neglected communities. 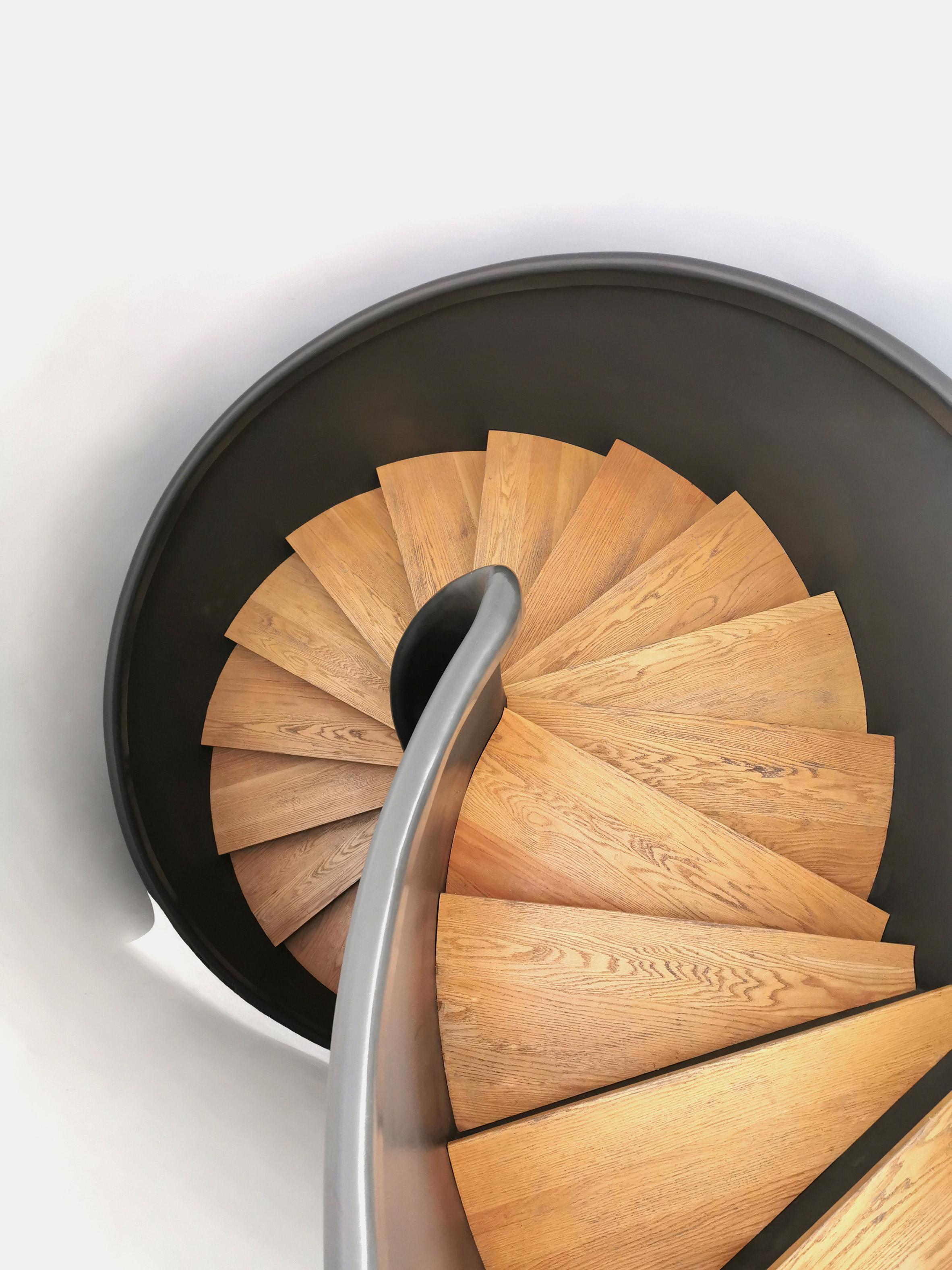 MAD is an architecture studio founded in Beijing in 2004 by Yansong. It now has offices in Los Angeles, New York and Rome.

Other recent projects by the studio include its first building in Europe that is nearing completion in Paris and a theatre proposal for Yiwu that is designed to resemble a Chinese junk.

Photography is by Tian Fangfang.