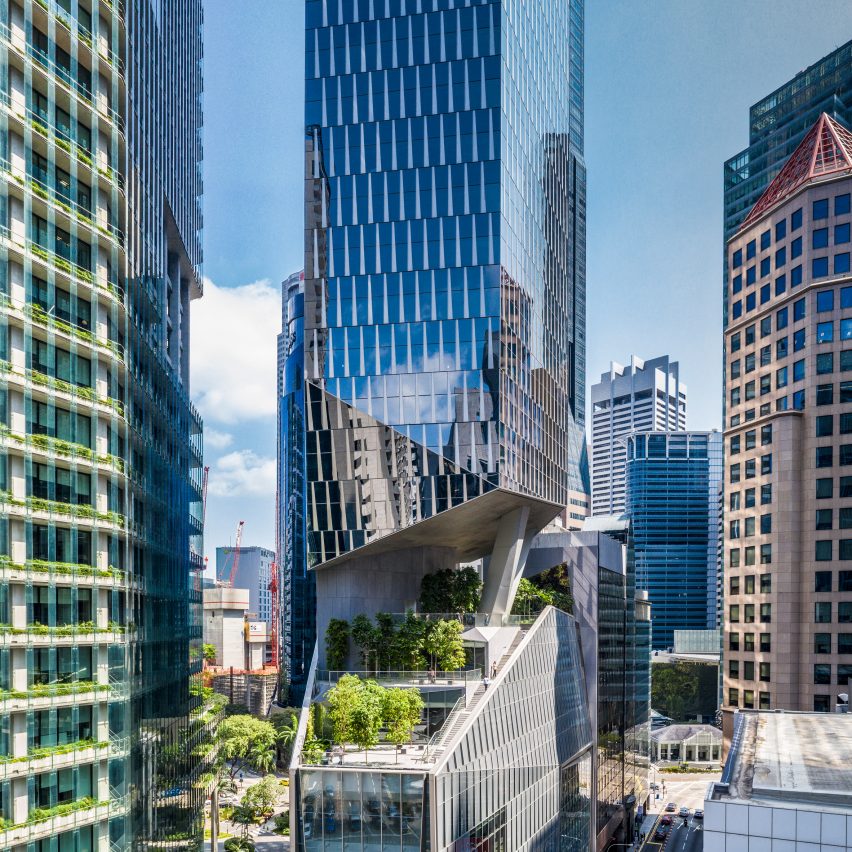 Stepped and planted roof terraces have been slotted into the 175-metre-high Robinson Tower in Singapore , designed by Kohn Pedersen Fox with local practice Architects 61.

Split into two sections, the mixed-use tower has 20 storeys of offices  elevated on chunky concrete supports above a four-storey podium of retail spaces. 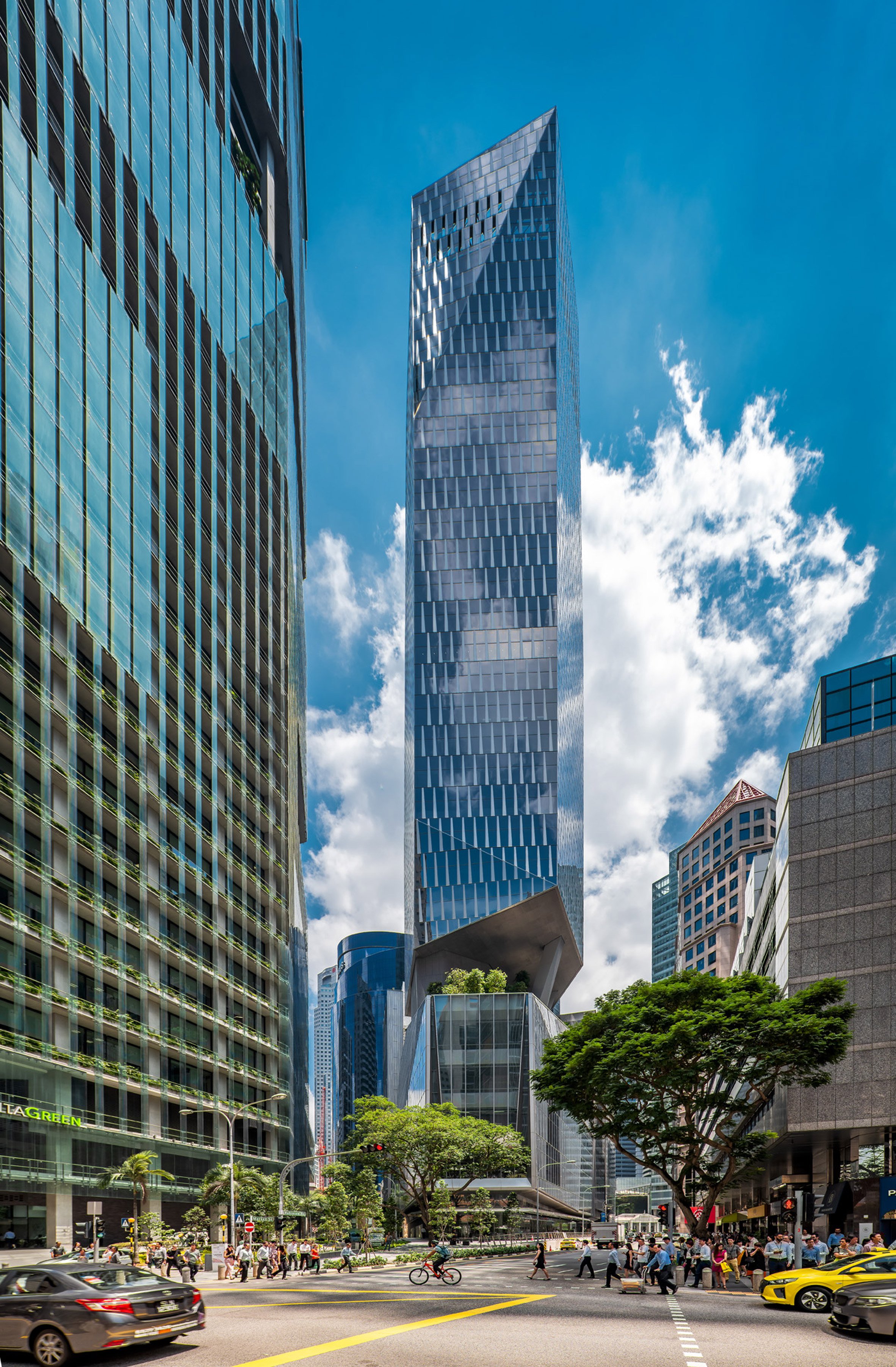 Singapore’s 2014 Landscape Replacement Policy requires that any greenery lost due to development must be replaced, so the gap between the tower’s two sections was used to create a green roof terrace shaded by the tower above.

Further green spaces such as an atrium garden, roof garden, and planted balcony areas have also been included in the skyscraper’s design. 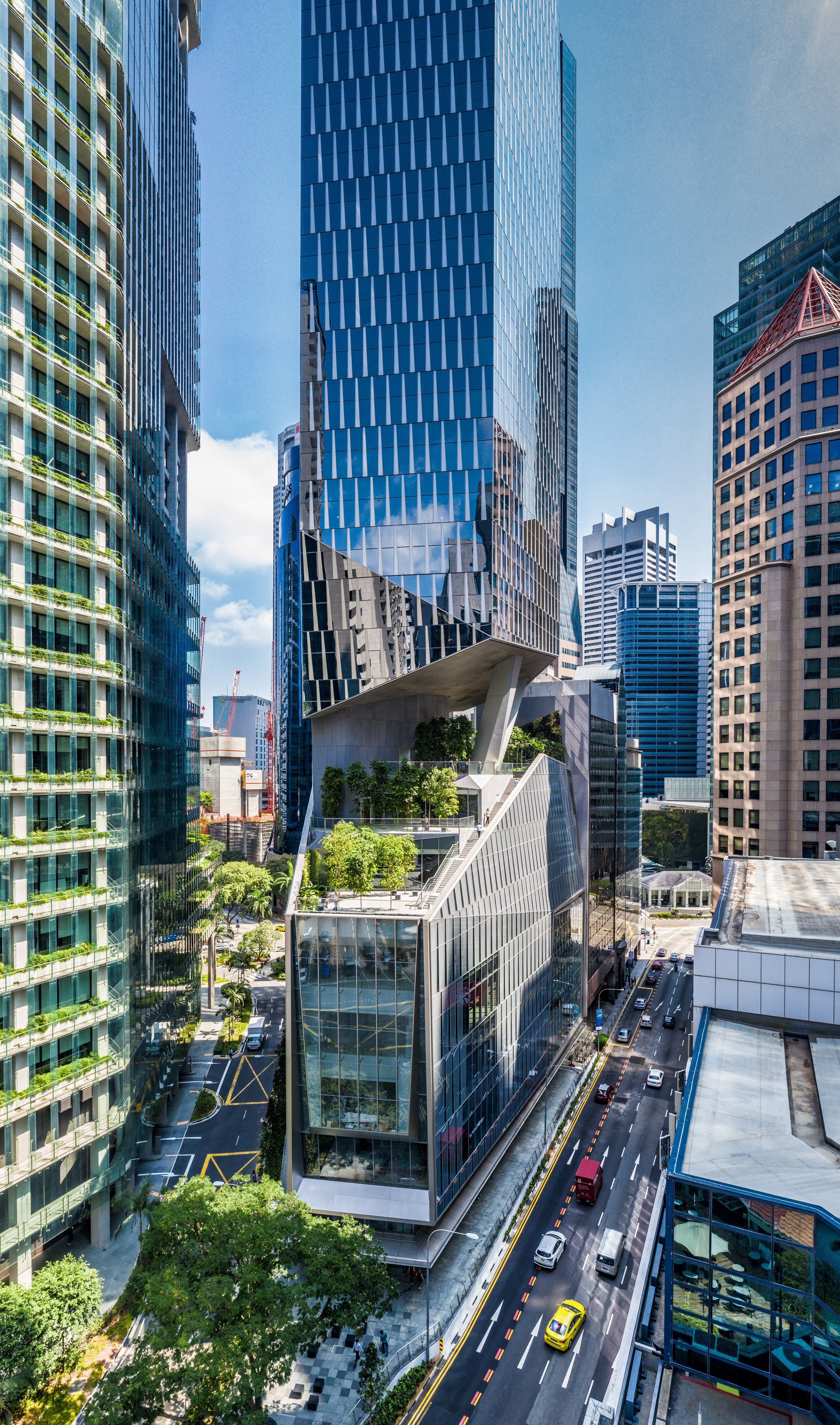 Built on a V-shaped site formed by Robinson Road and Market Street, the tower’s core has been offset to sit at the wider end of the plan. Structural columns pushed to the edges to maximise column-free spaces inside. 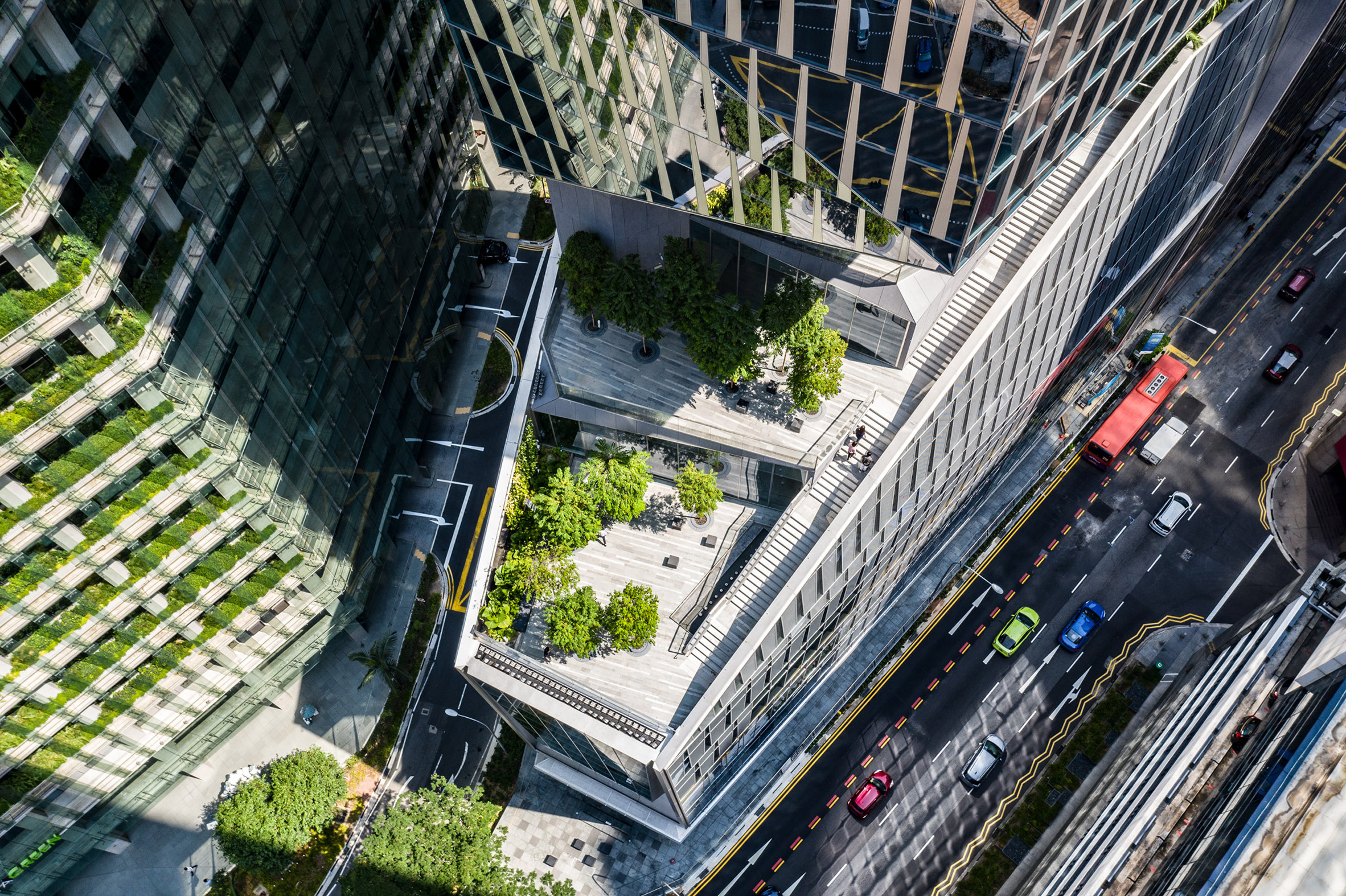 “At each approach, the tower’s faceted volume dematerialises and reflects the sun and sky differently, gem-like in its shape and stature on the city’s skyline,” said the practice.

The tower’s ground floor sits slightly set back, shaded by the podium level above. Once inside, escalators lead up to the atrium garden, which overlooks the street below with full-height windows. 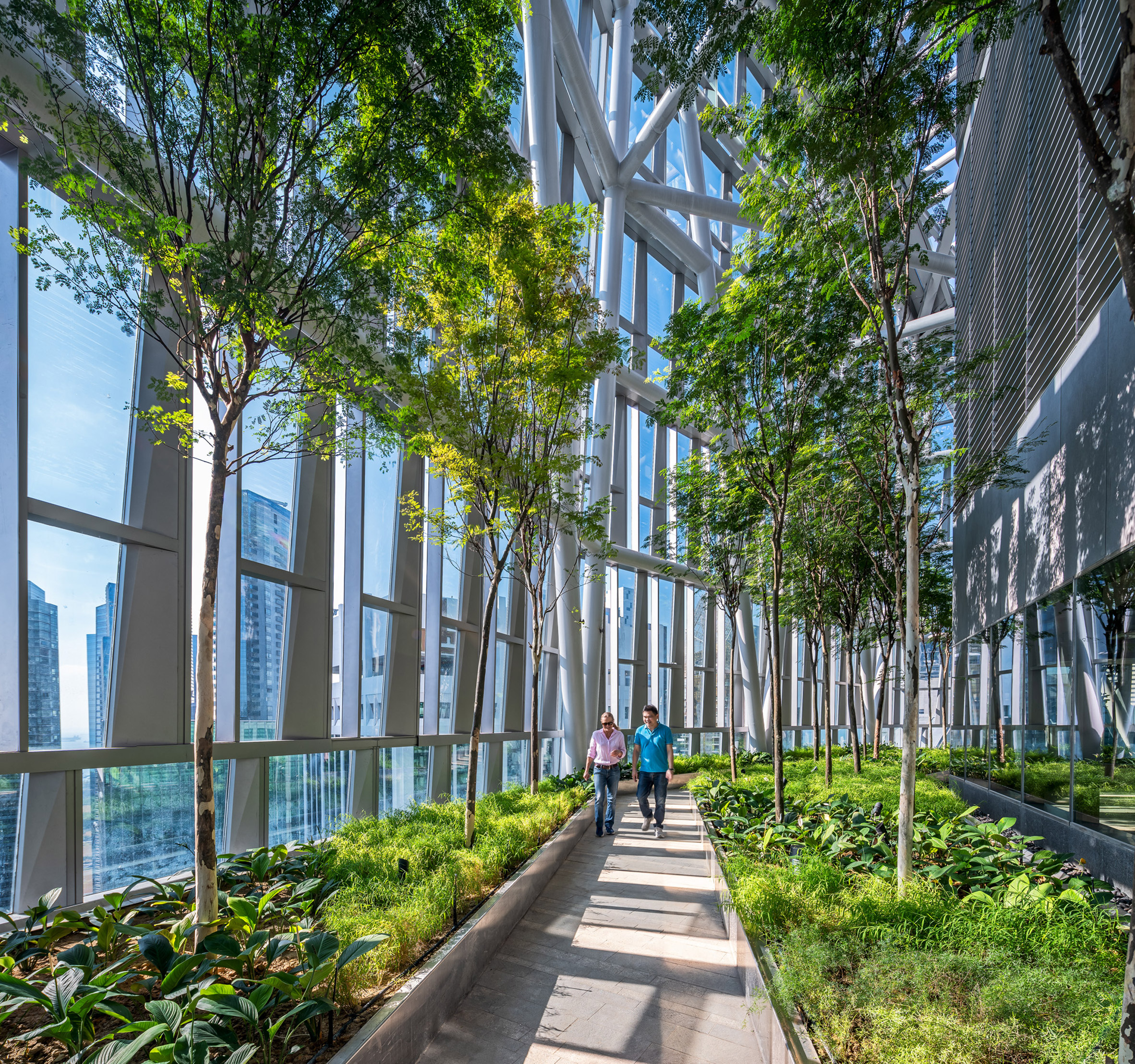 The rooftop garden features a path that runs around the perimeter of the tower, providing dramatic views out to the city below.

Robinson Tower will also be the new home for Kohn Pedersen Fox ‘s (KPF) Singapore office, which was established in 2018 to support the firm’s project for Changi Airport Terminal 5 with Heatherwick Studio .

KPF have built several record-breaking skyscrapers across the world, including the fourth-tallest skyscraper in the world .

The practice has recently revealed designs for a skyscraper in Tel Aviv that will be the tallest building in Israel , and has completed a bullet-shaped supertall skyscraper in Shenzhen .

RIBA calls for “urgent reconsideration” of proposals to deregulate planning