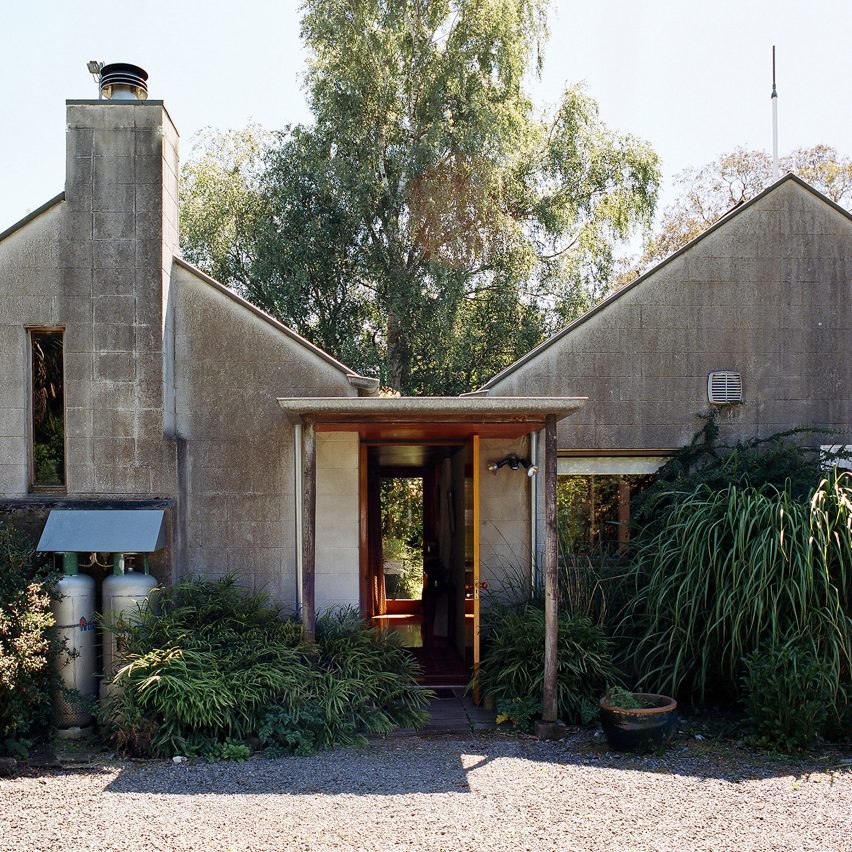 The sunlit spaces of a mid-century modern family home in New Zealand, designed by the late architect John Scott, are captured in these new images by photographer Mary Gaudin.

Gaudin took the photos for new book Werry/Francis Houses, a photo-essay booklet she created with architect Giles Reid. Comprising 36 pages, it offers an intimate portrait of a property built by the renowned New Zealand architect in the 1970s. 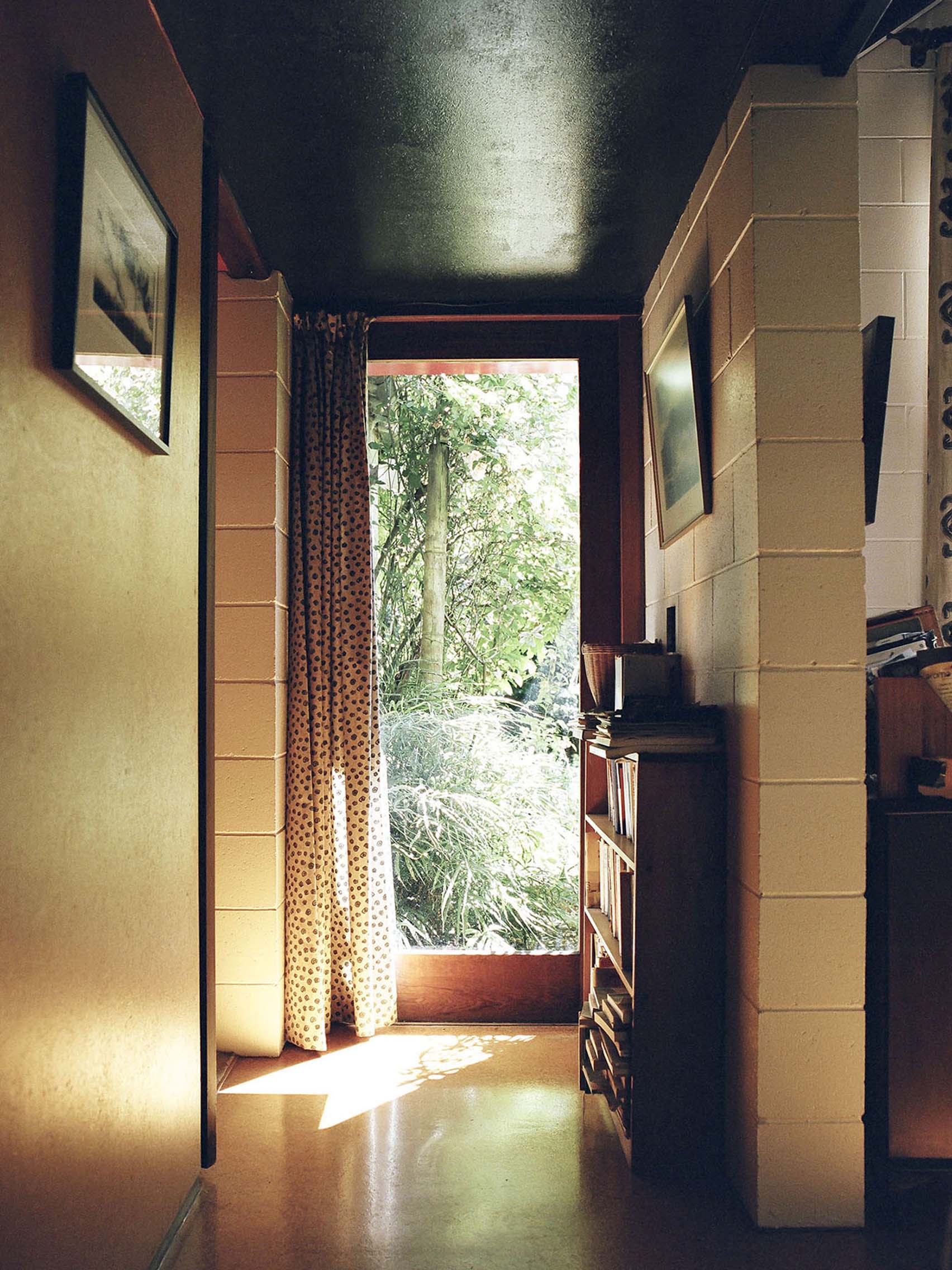 Made up of a main house and an annexe, named Werry and Francis respectively, the North Island property riffs on traditional cottage architecture, with its pitched ceilings, white concrete masonry and timber beams.

Doors go up to the ceiling and it has low-ceilinged window seating areas which form retreat-like spaces offering views of the garden. 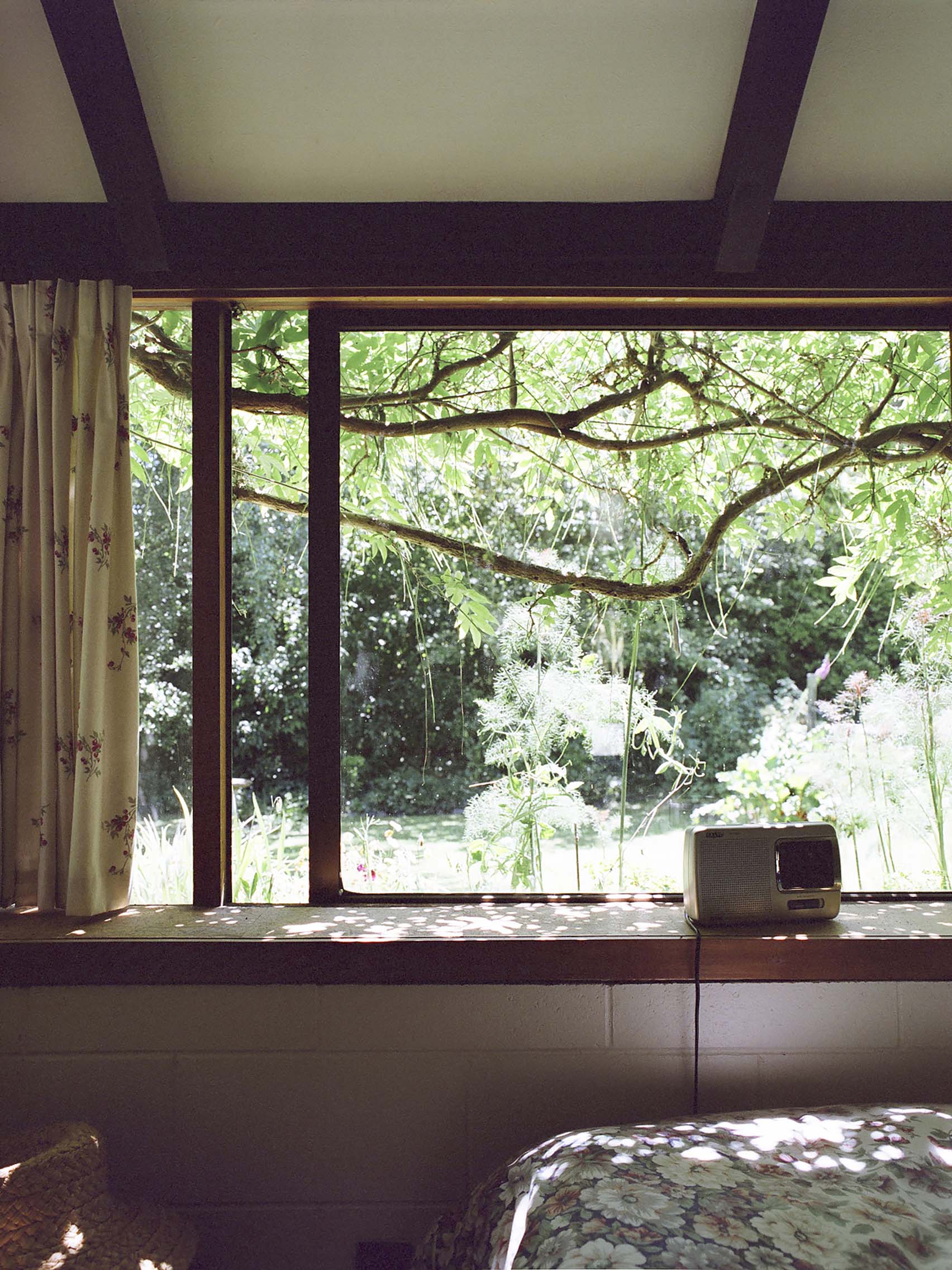 “It had an atmosphere,” explained Reid, who stumbled across the house while he was visiting the area a few years ago. “It was completely untouched and had been lovingly preserved.”

“It is made from humble materials, but it is intelligently designed. Time has been spent on the design and this appealed to me a lot.” 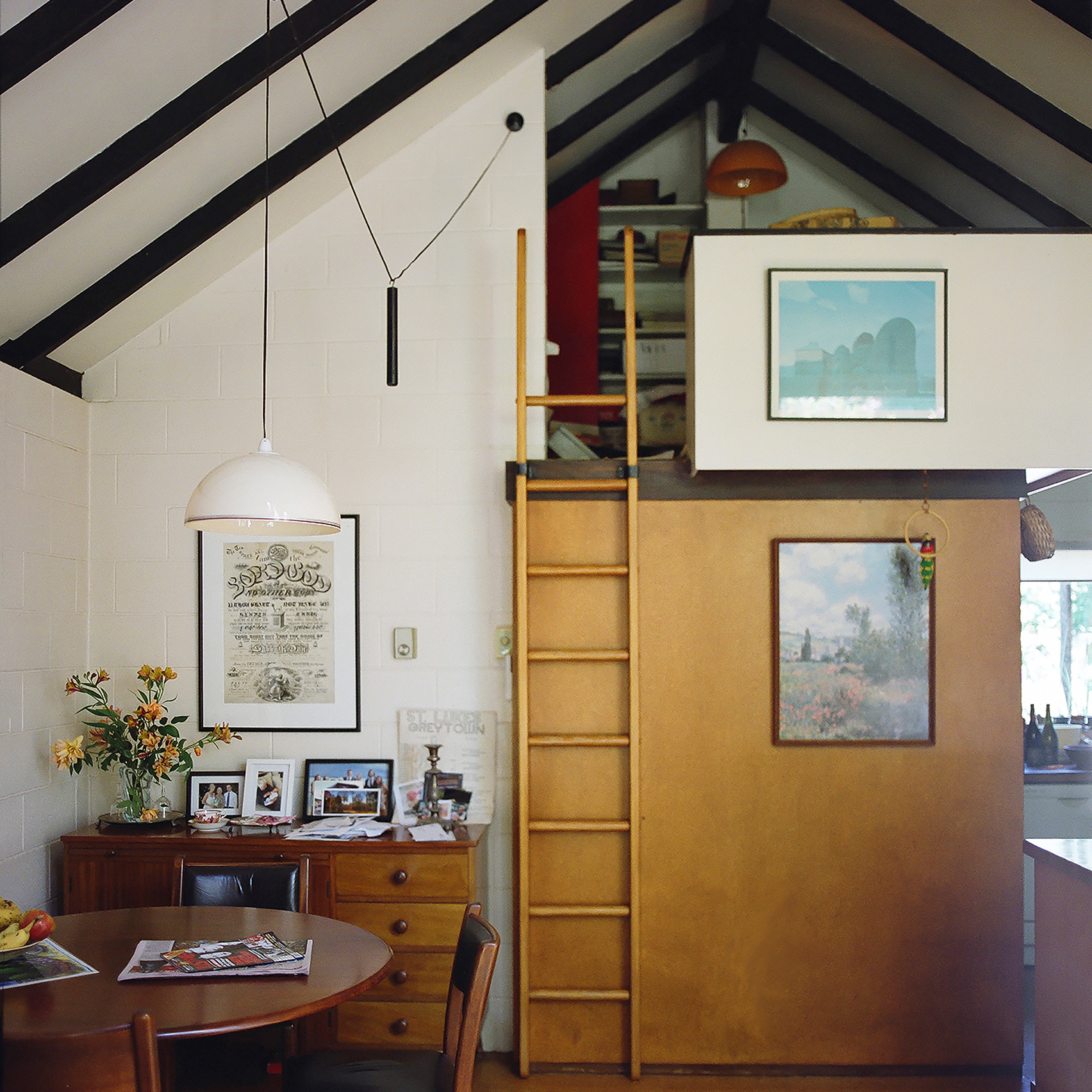 Although Scott’s most influential work is the Futuna Chapel in Wellington, most of his buildings are private homes located around the Hawke’s Bay’s area. “He was prolific and was known for creating robust, single houses,” said Reid.

The Werry/Francis Houses sits 197 miles south, in the town of Greytown. One of Scott’s later works, it had never been photographed before. 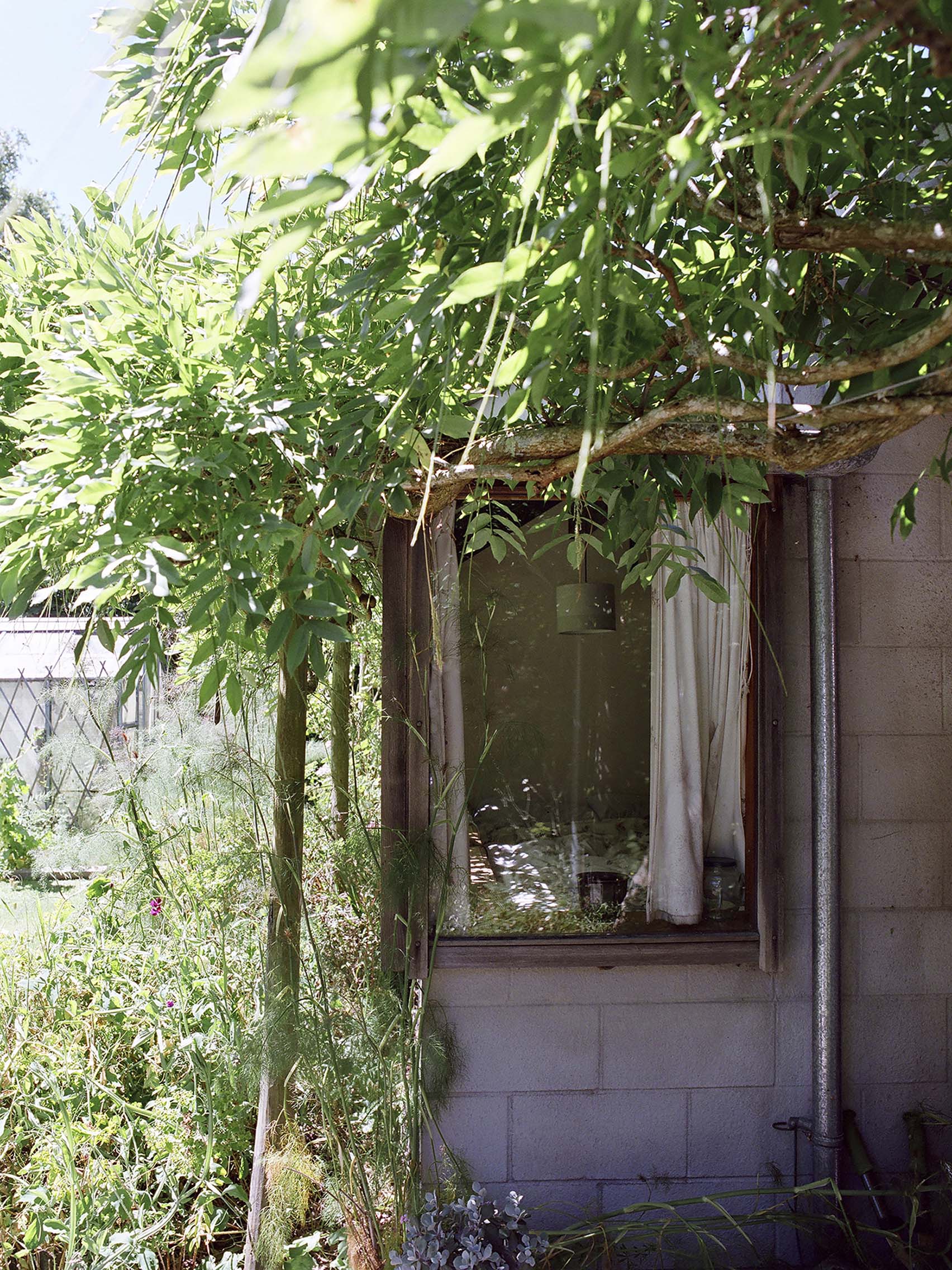 Reid – a New Zealand-born architect based in London – was drawn to its quiet, unassuming character. He contacted Gaudin, who also grew up in New Zealand, and suggested she photograph it the next time she was in the country.

Gaudin had previously shot another of Scott’s homes, the Martin House, for her book Down The Long Driveway, You’ll See It, which covered mid-century modernist New Zealand homes.

“I really admire her work, it has a personal feel,” said Reid. “She has photographed a number of my projects previously and we’ve become friends”

Gaudin’s photographs focus on the details of the property, framing elements such as doors and windows from its sunlit rooms and shaded exteriors, but also capturing the lush green expanses of its flower-filled wild gardens. 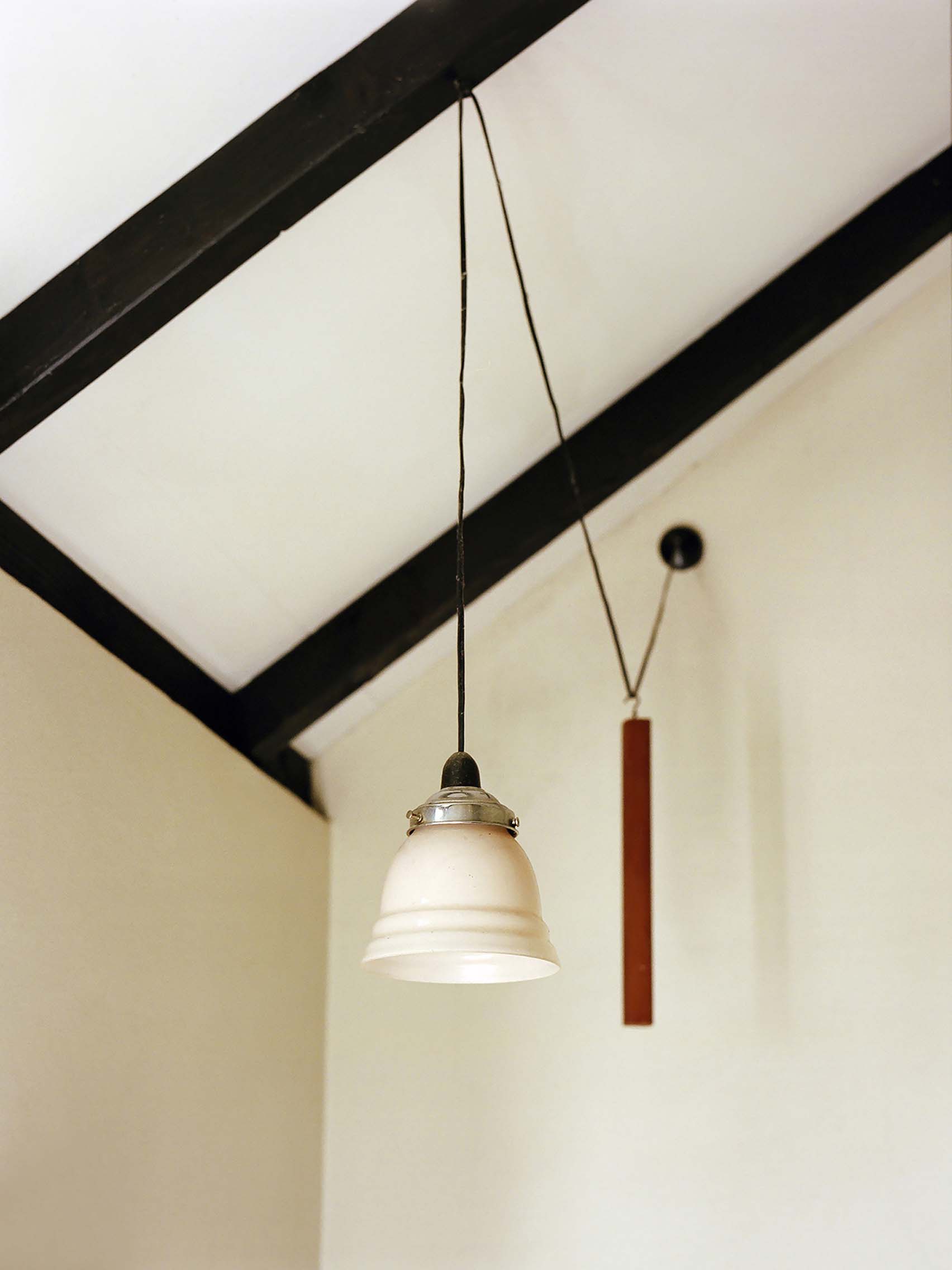 Shot in colour and silver-tinted monochrome, on film with a medium format camera, the photography has a soft feel, yet the colours are intense: the vintage browns and creams of the interiors are in high contrast tones, while the monochrome exterior shots are suffused in white light.

Gaudin, who was invited to stay overnight in the house by the owner Alison, described the house as small, non-minimalist and well lived-in. 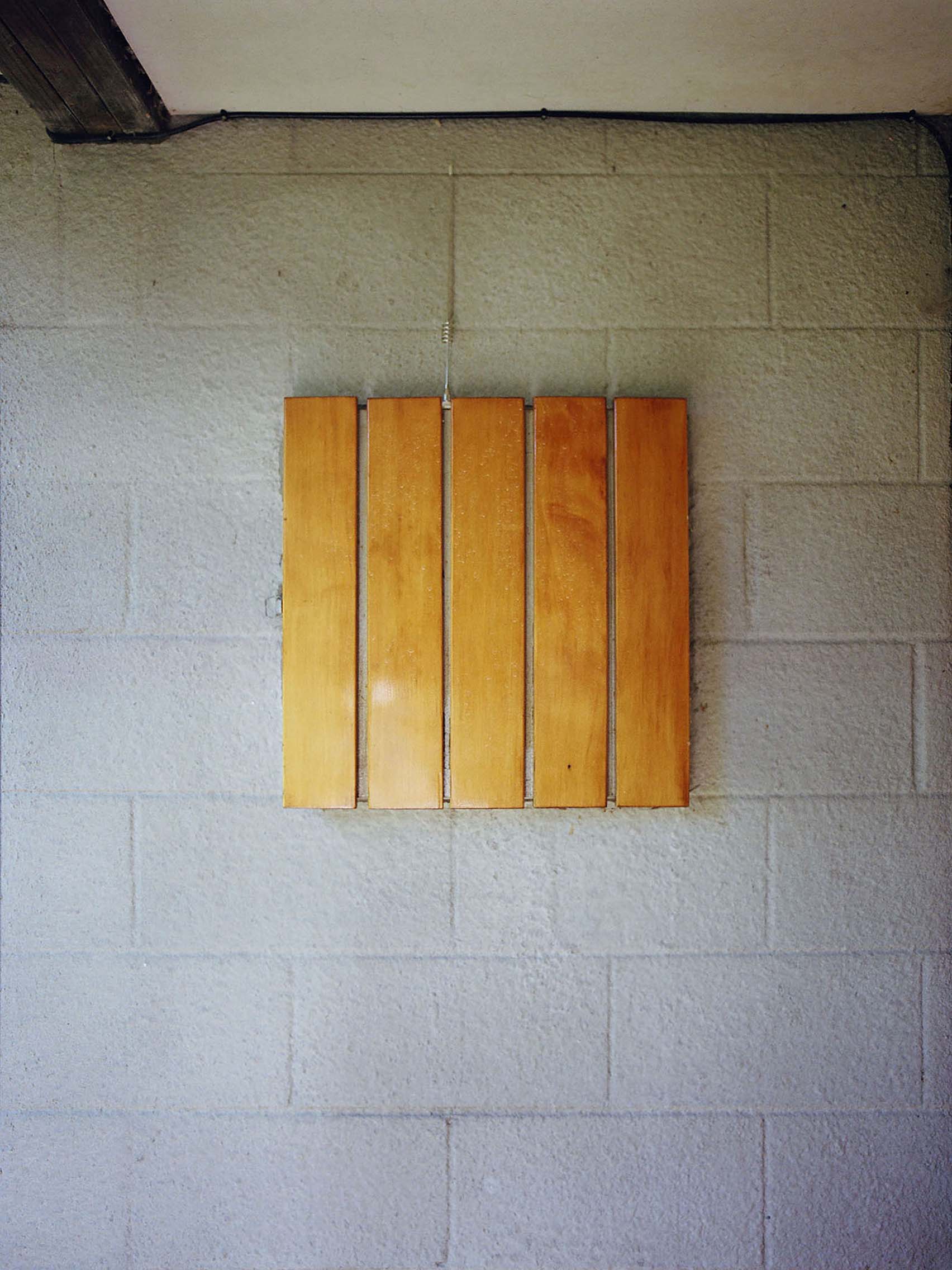 Set on a residential road, the main house was built for Alison, who is in her 80s, and her husband. The annexe was designed for Alison’s mother.

“Her and her husband knew of Scott’s work and loved it, and so when they bought a paddock to develop, they asked him to build their home,” said Gaudin.

“The booklet is a reflection, an interlude,” added Reid. “Scott spent a lot of time on his houses, it is nice thing to stop and look at.”

The booklet has been printed in a limited edition of 200 and is available to order from Mary Gaudin’s website.