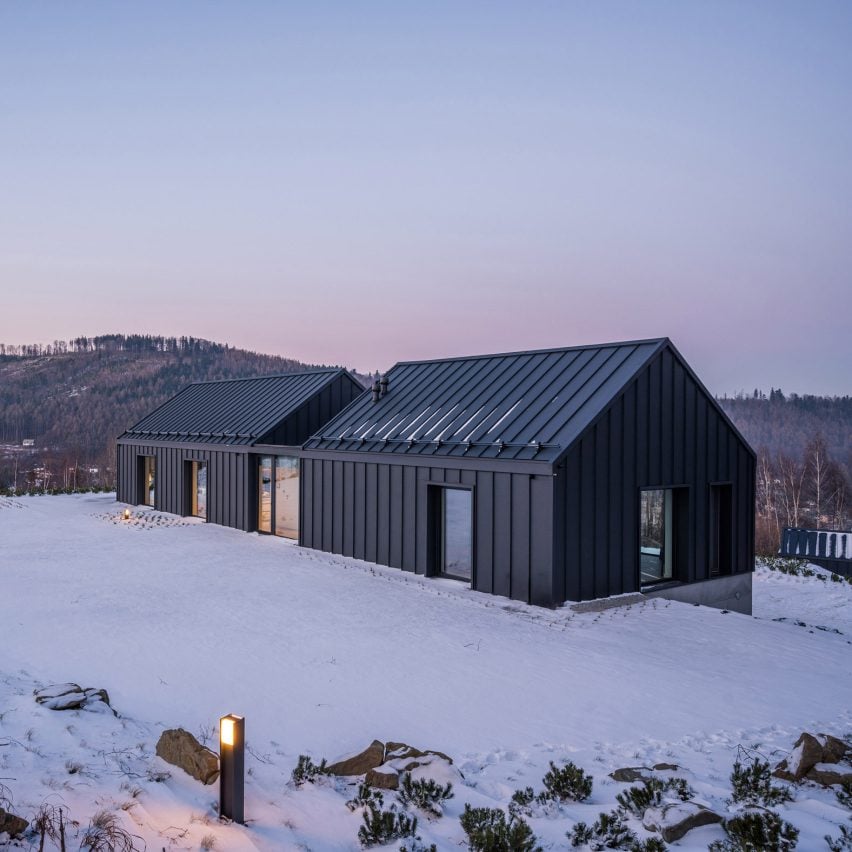 A glazed cut through a barn-style gabled house set into a hill in rural Poland by Kropka Studio has views of its mountain surroundings.

Set into a gently sloping site in the Beskid Ślaski mountain range, the project is called House in the Mountains. 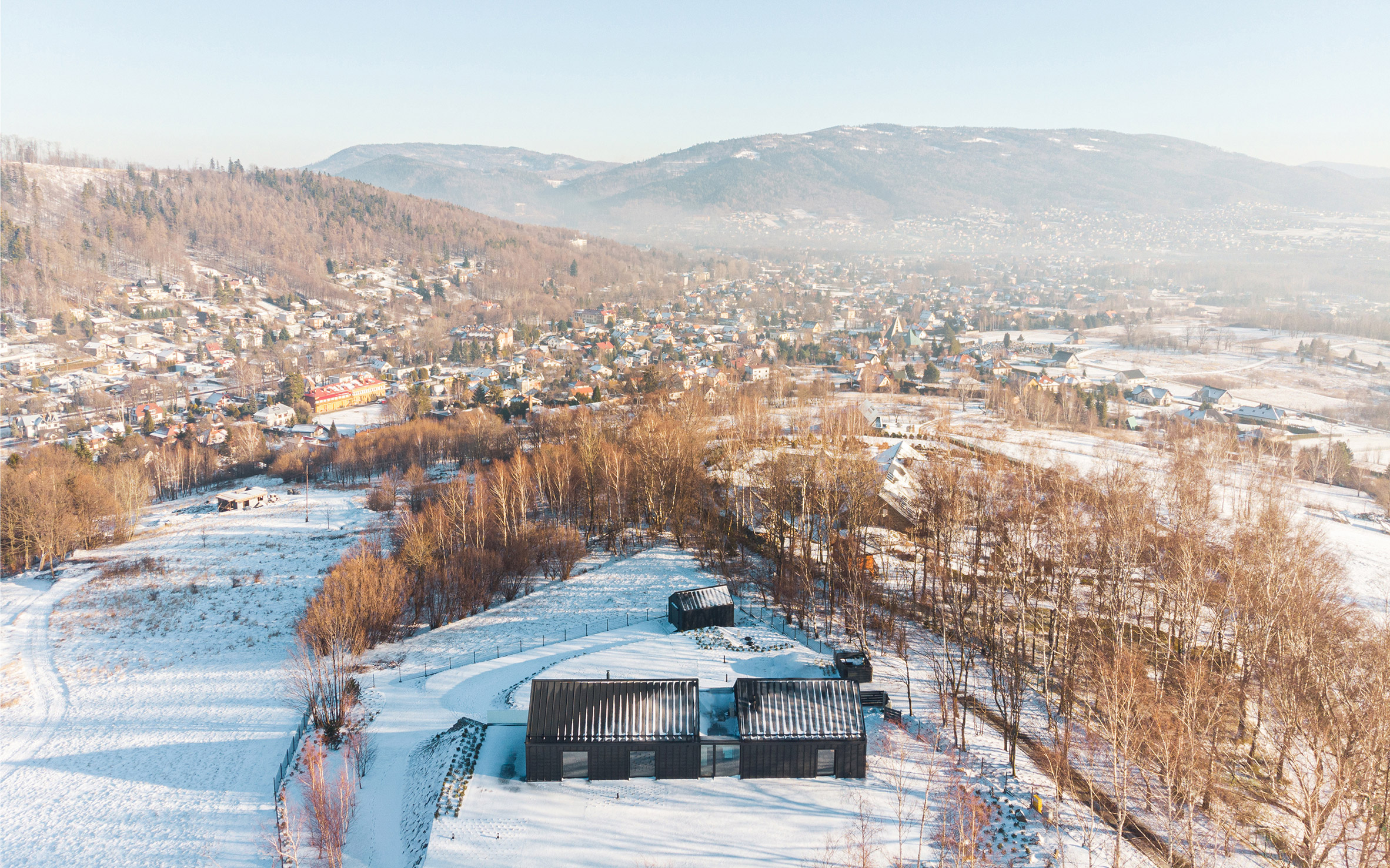 A black metal-clad upper level sits atop a base clad with concrete slabs. 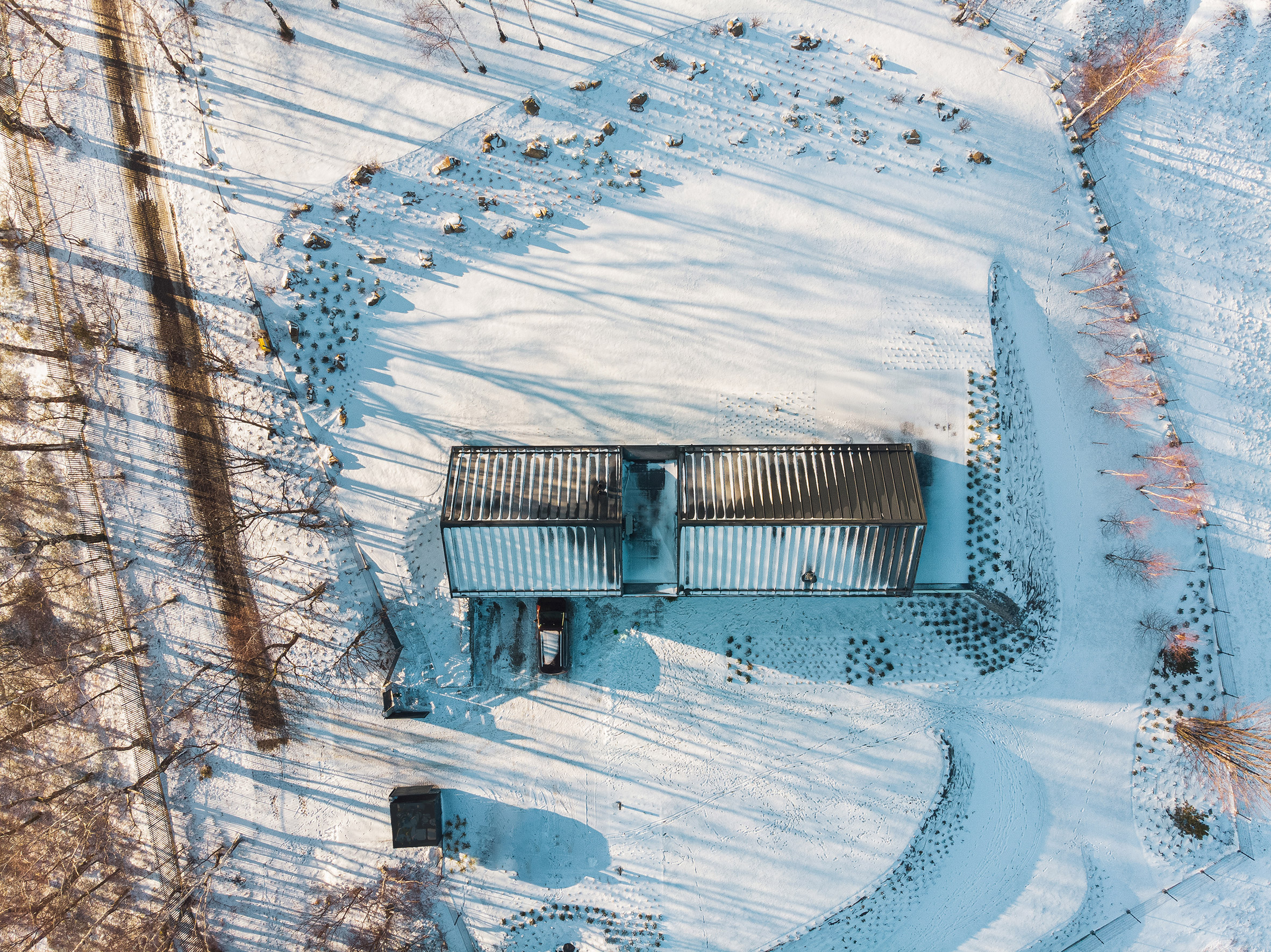 This split differentiates the lower level, which is sunk slightly into the hill and houses dedicated areas for the family’s children, along with bedrooms and a garage

The upper level contains the master bedroom and living areas. 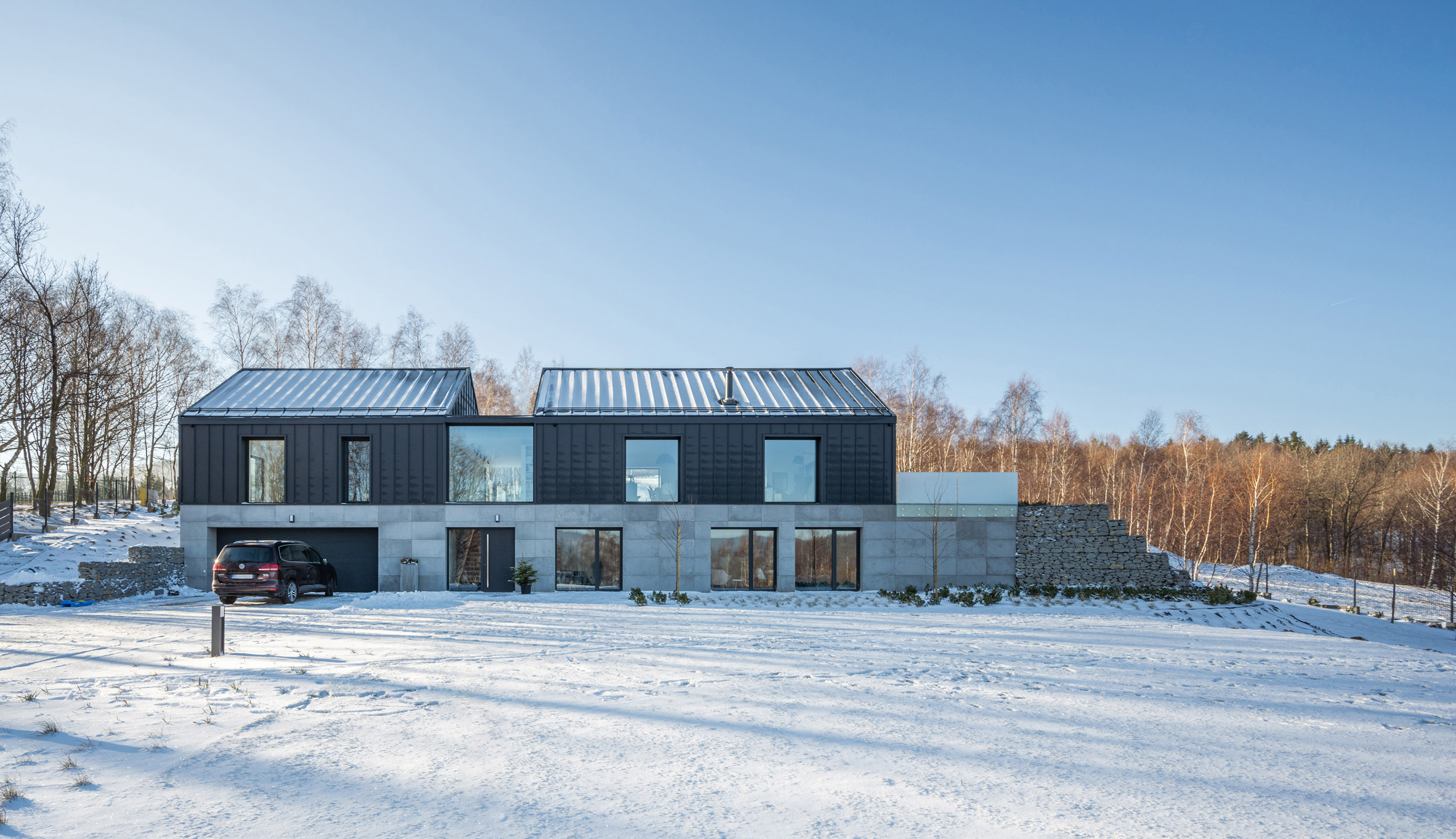 “One of the client’s main wishes was to create a ‘children’s house’ within the building,” said Kropka Studio  founder, Jakub Kowalczyk.

“So in fact the house consists of two houses stacked on each other, which relates directly to the different plot levels [giving] each its own terrace and garden access.” 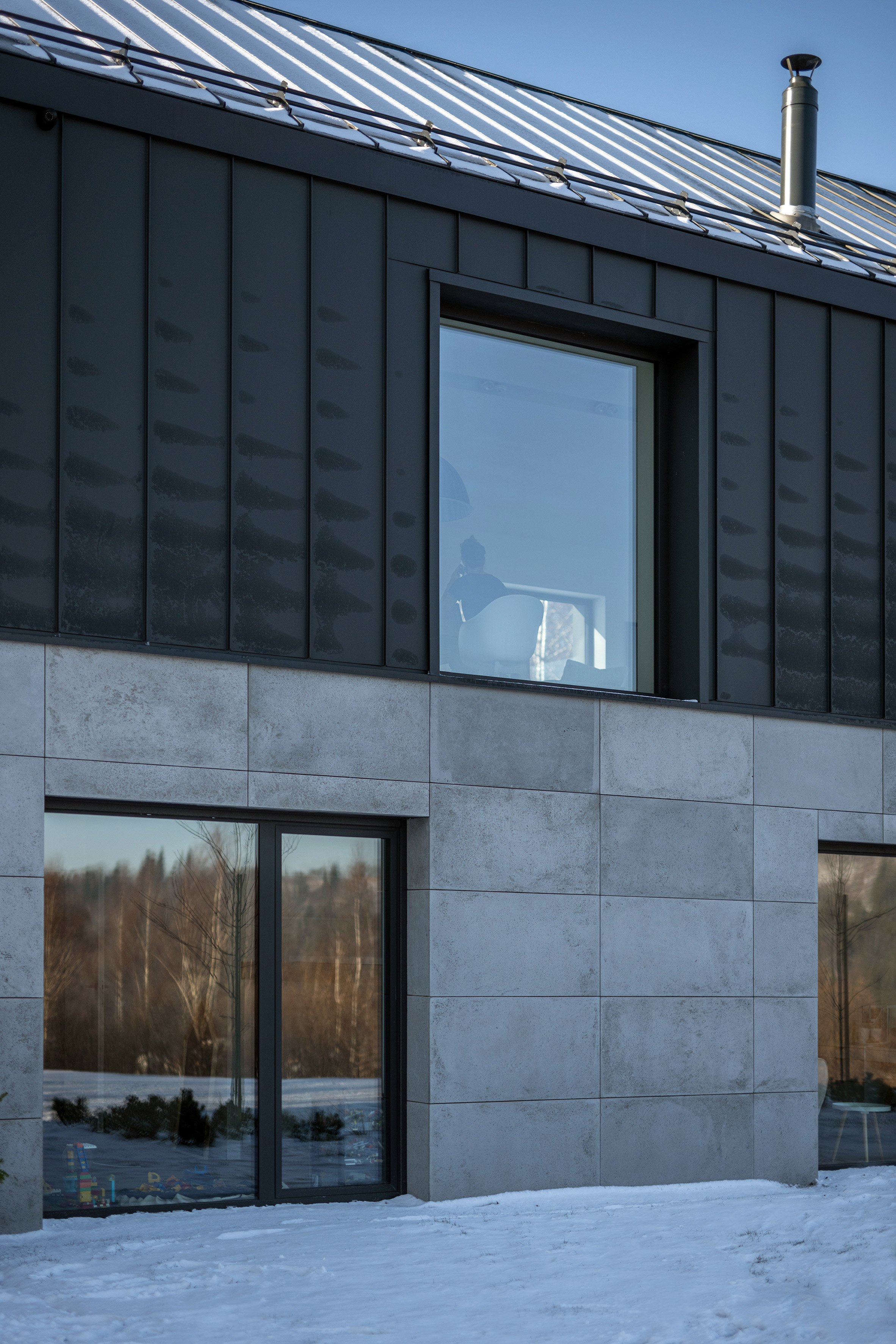 On the first floor, the glazed cut acts to separate the master bedroom from the main living, kitchen and dining area.

A sliding glass door opens onto a terrace space. 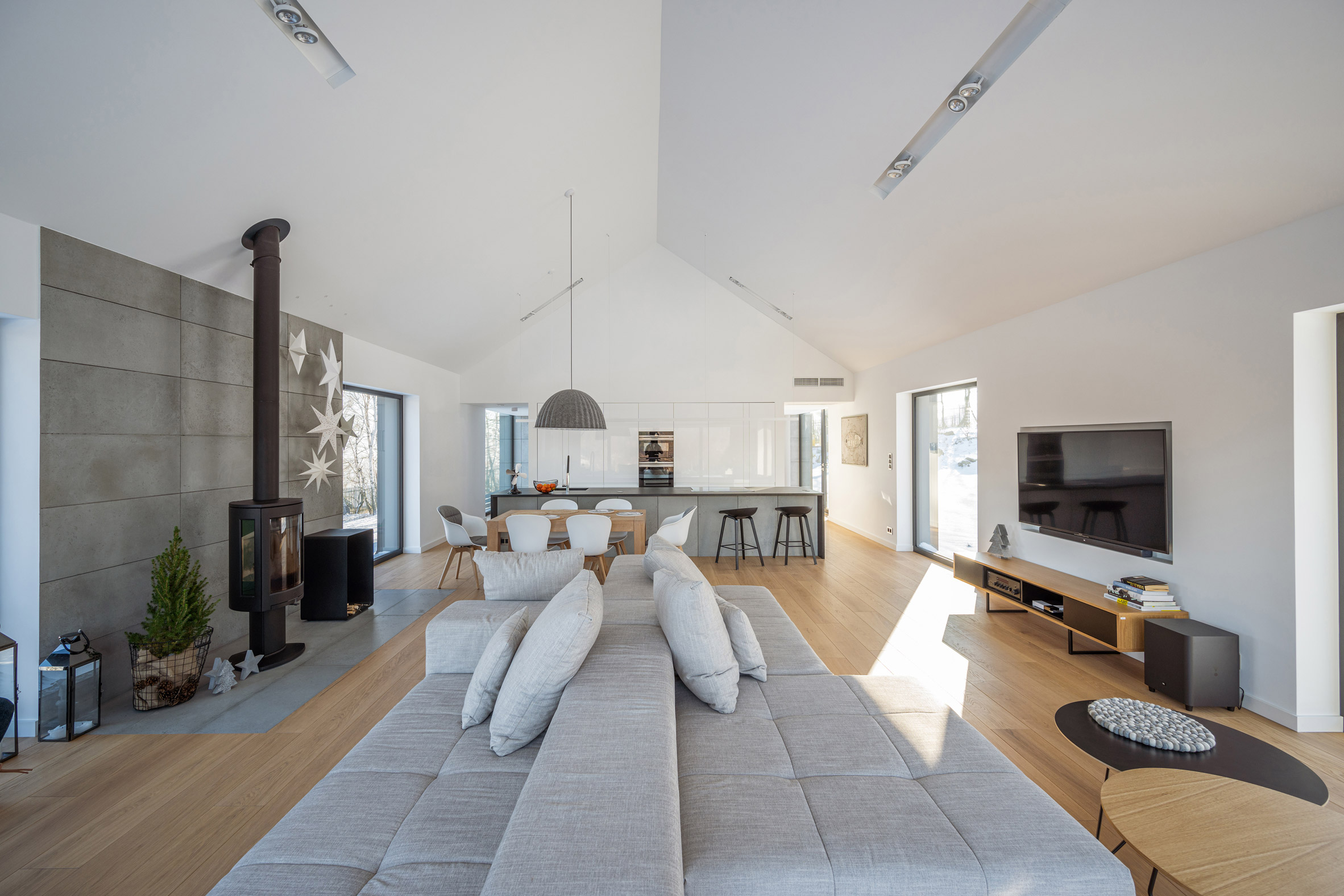 “It was very important to provide insights to the 180-degree view from the main areas of the house without pumping the budget with whole glass walls,” said Kowalczyk.

“Fixed windows perforate the upper volume catching the south-west sun and framing the views to the north-east.” 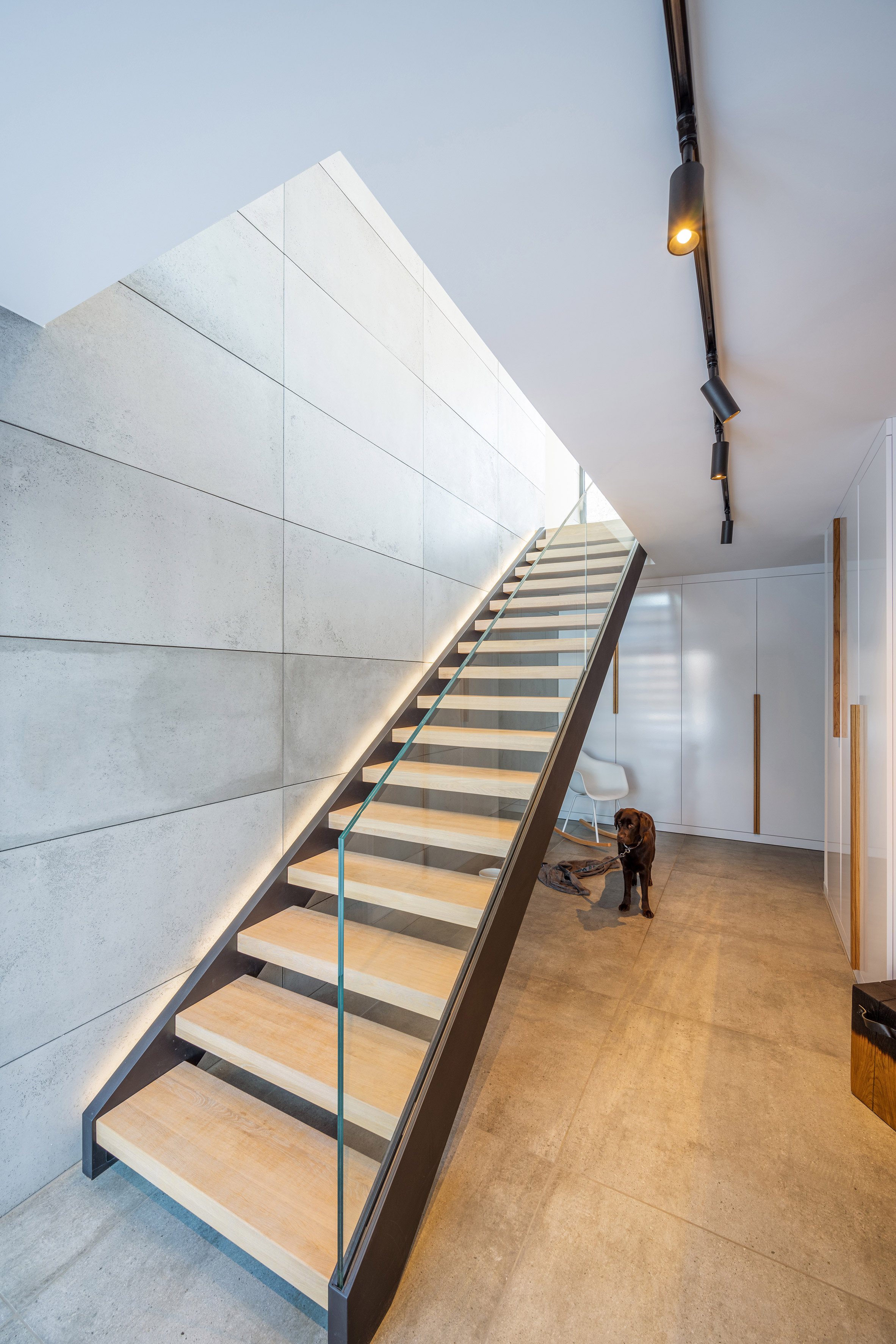 A simple staircase sits alongside a core area containing a bathroom and storage, which helps to further separate the two halves.

The living, dining and kitchen space is organised around a kitchen island – also finished with concrete panels – a large sofa and a fireplace. 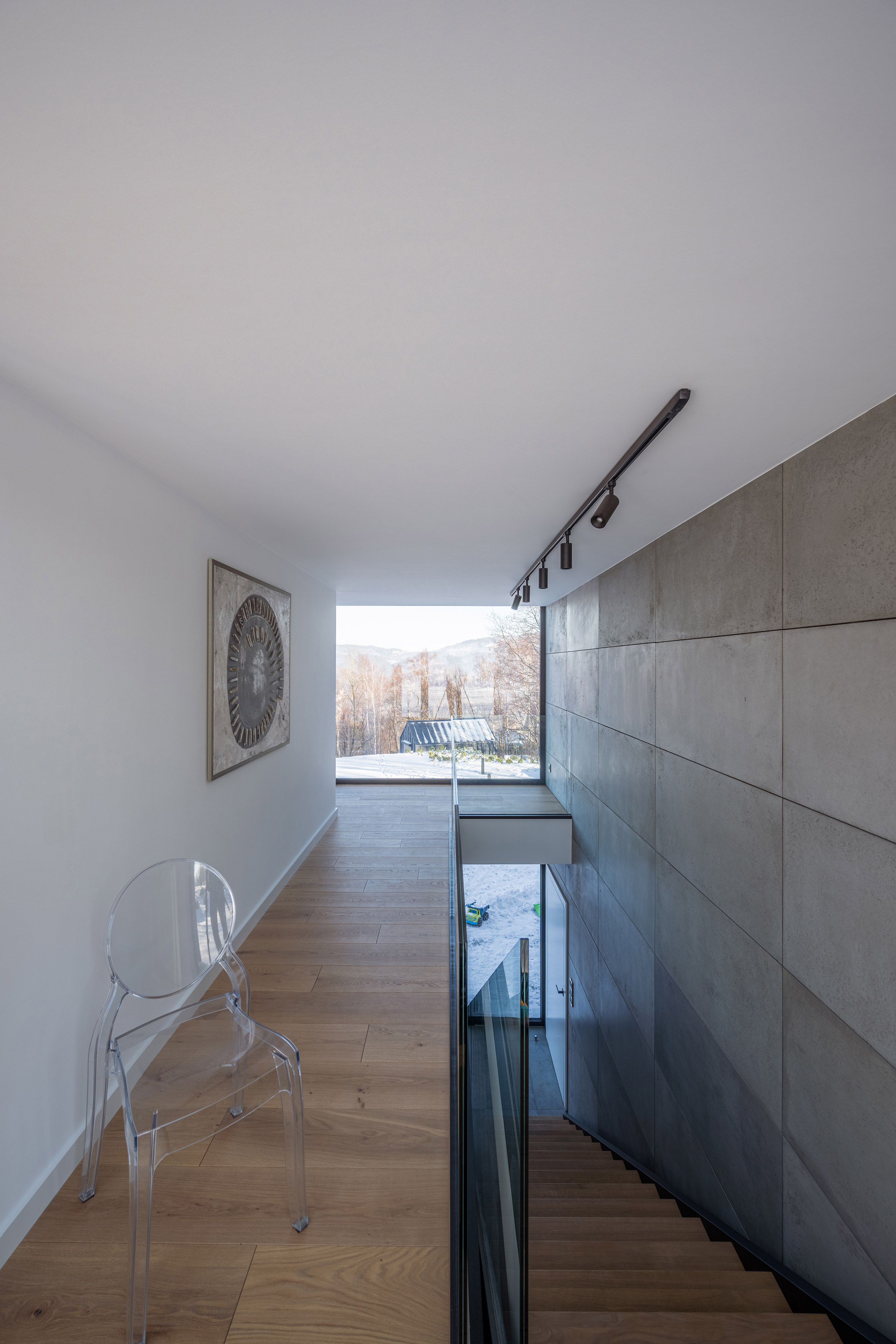 The glazed viewing cut is topped by a flat roof, giving House in the Mountains its distinctive profile. 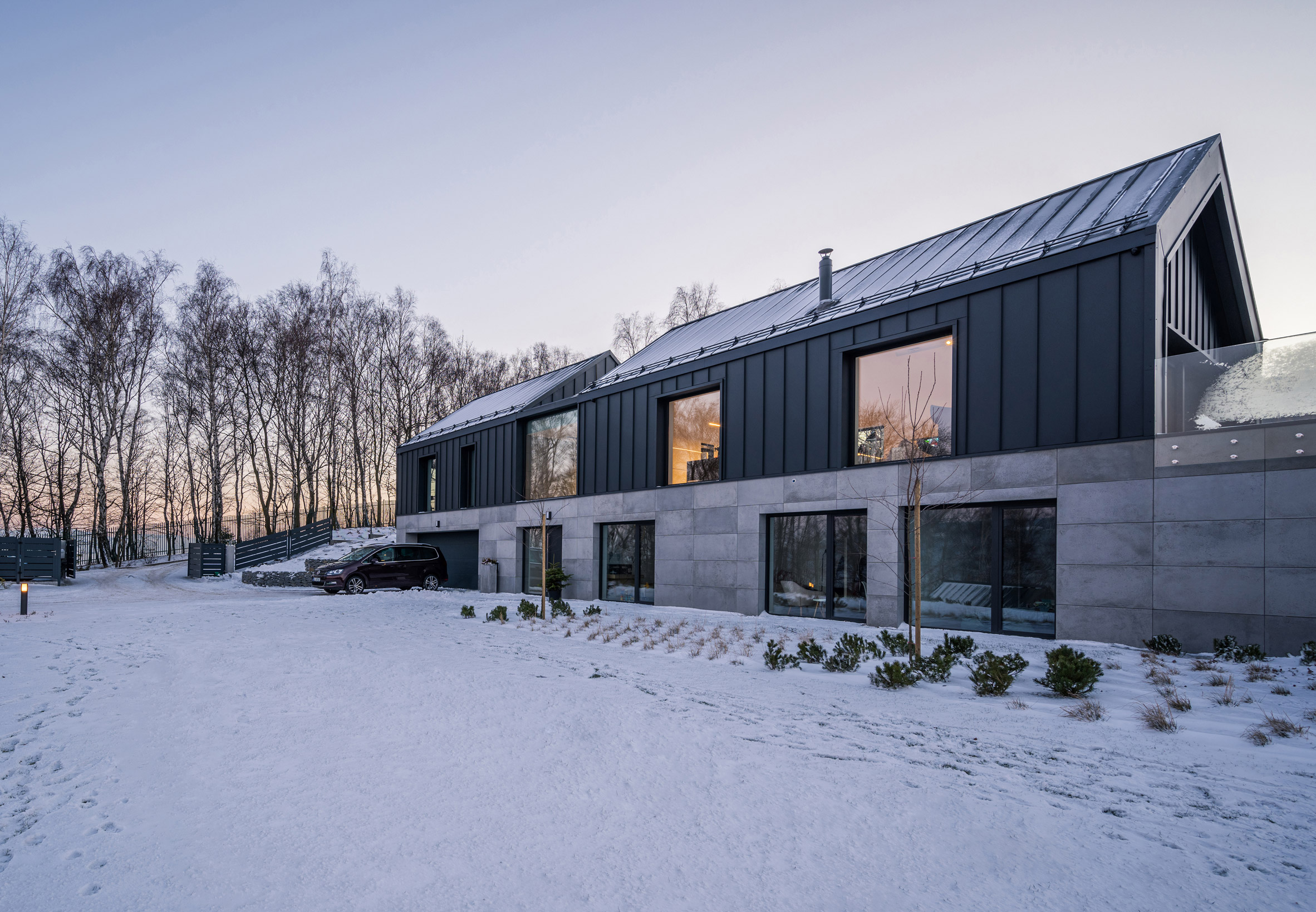 Black metal cladding over the upper level and roof contrast with the house’s white-walled interiors.

Kraków-based Kropka Studio was founded in 2012 by Gosia Łapaj and Jakub Kowalczyk. 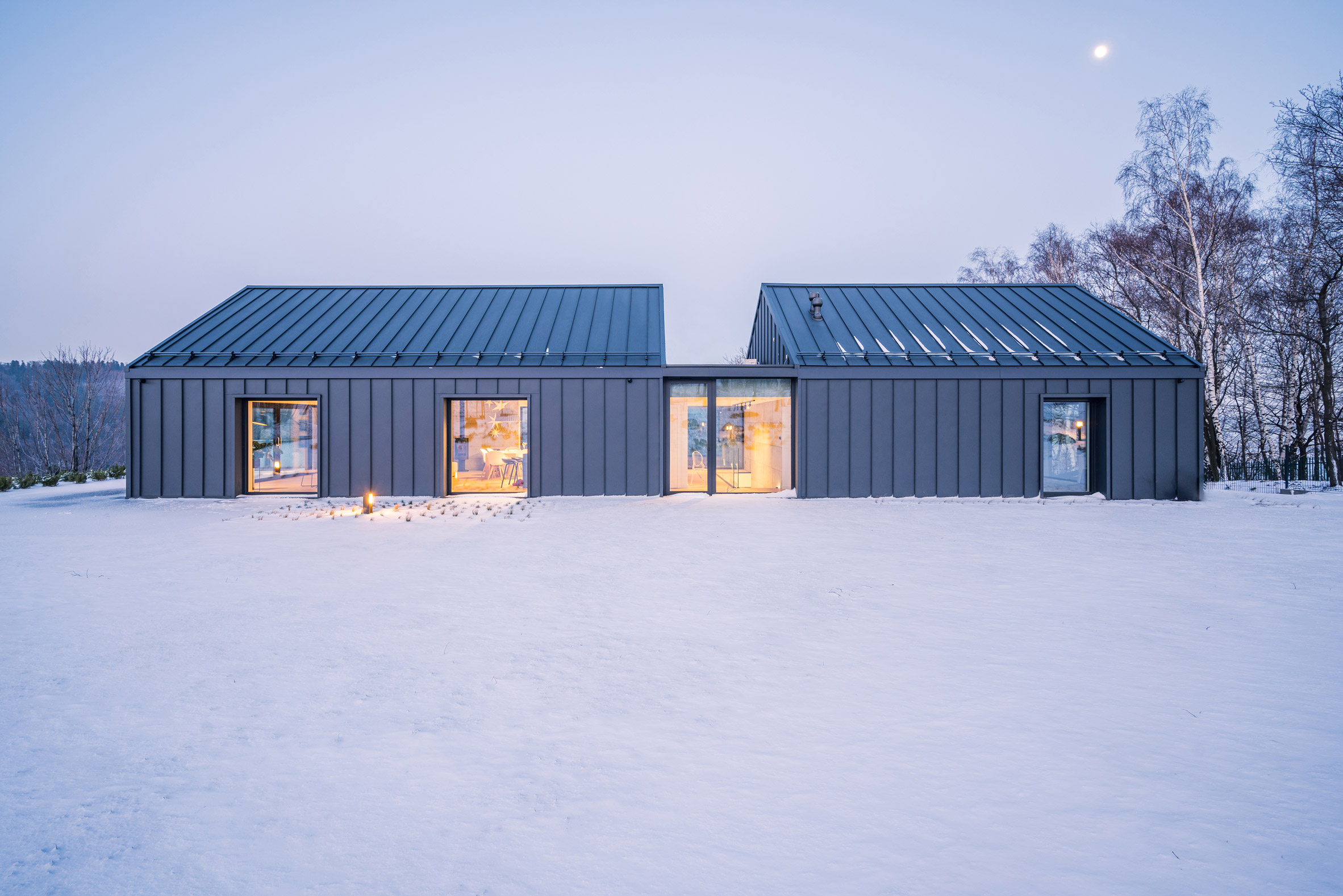 Previous projects by the firm include a home near the city of Zawiercie with wall built from rock-filled cages .

In the mountains of Norway, Rever & Drage Architects clad different sections of a gabled house with contrasting materials to differentiate the purpose of the spaces inside.

Photography is by Maciej Lulko .

The post Mountain house in Poland has glazed cut between gables appeared first on Dezeen .