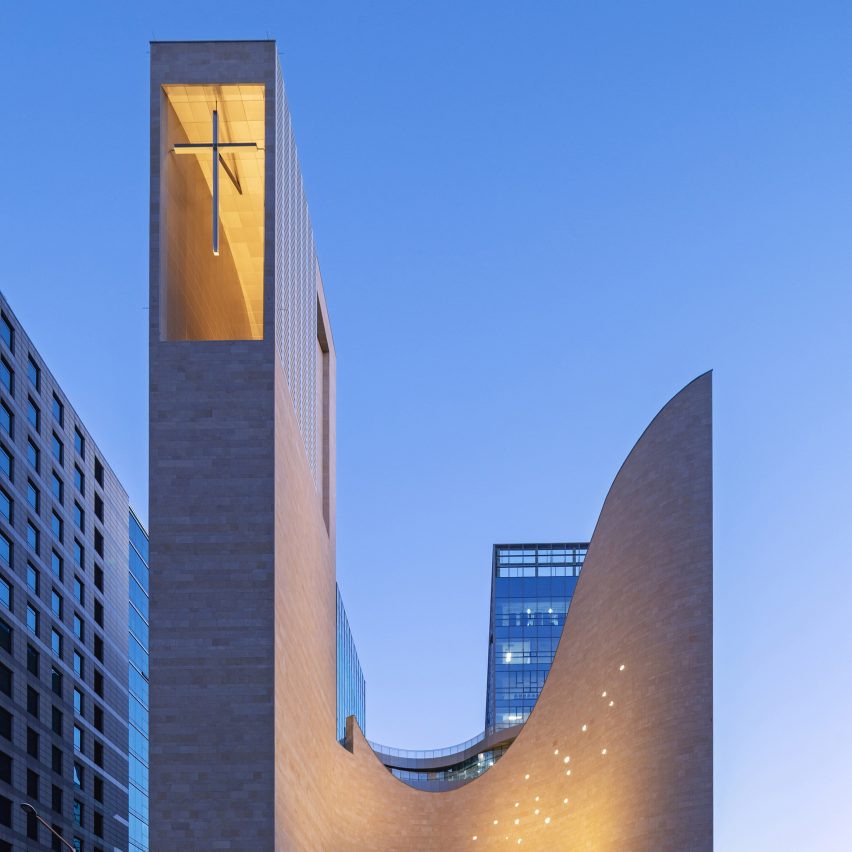 Seoinn Design Group has designed a place of worship with a stone tower featuring a cross hanging over an observatory as a contemporary spire for the Saemoonan Church in South Korea . 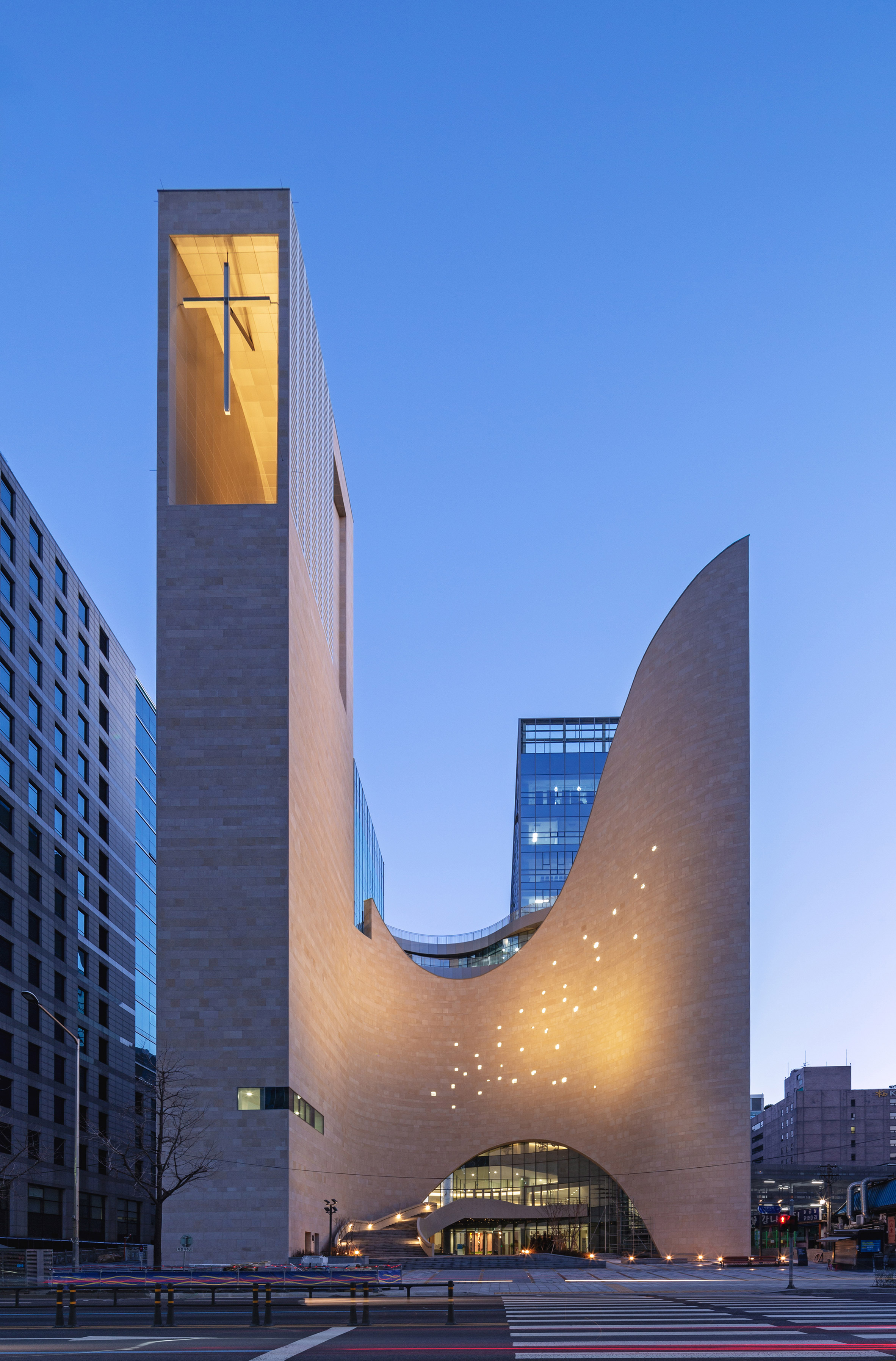 “It is called the mother church with pride, as it was the first Korean protestant church,” explained Dongkyu Choi, principal architect for the project.

“This is why I made the front plaza’s hollow form as a shape of mother opening her arms,” he told Dezeen. Built in the Jongno-gu district of Seoul , the building is the sixth home for the Saemoonan Church, which was established in 1887.

The thirteen-storey church stands behind a circular-shaped public plaza and is designed to have a distinctive form. 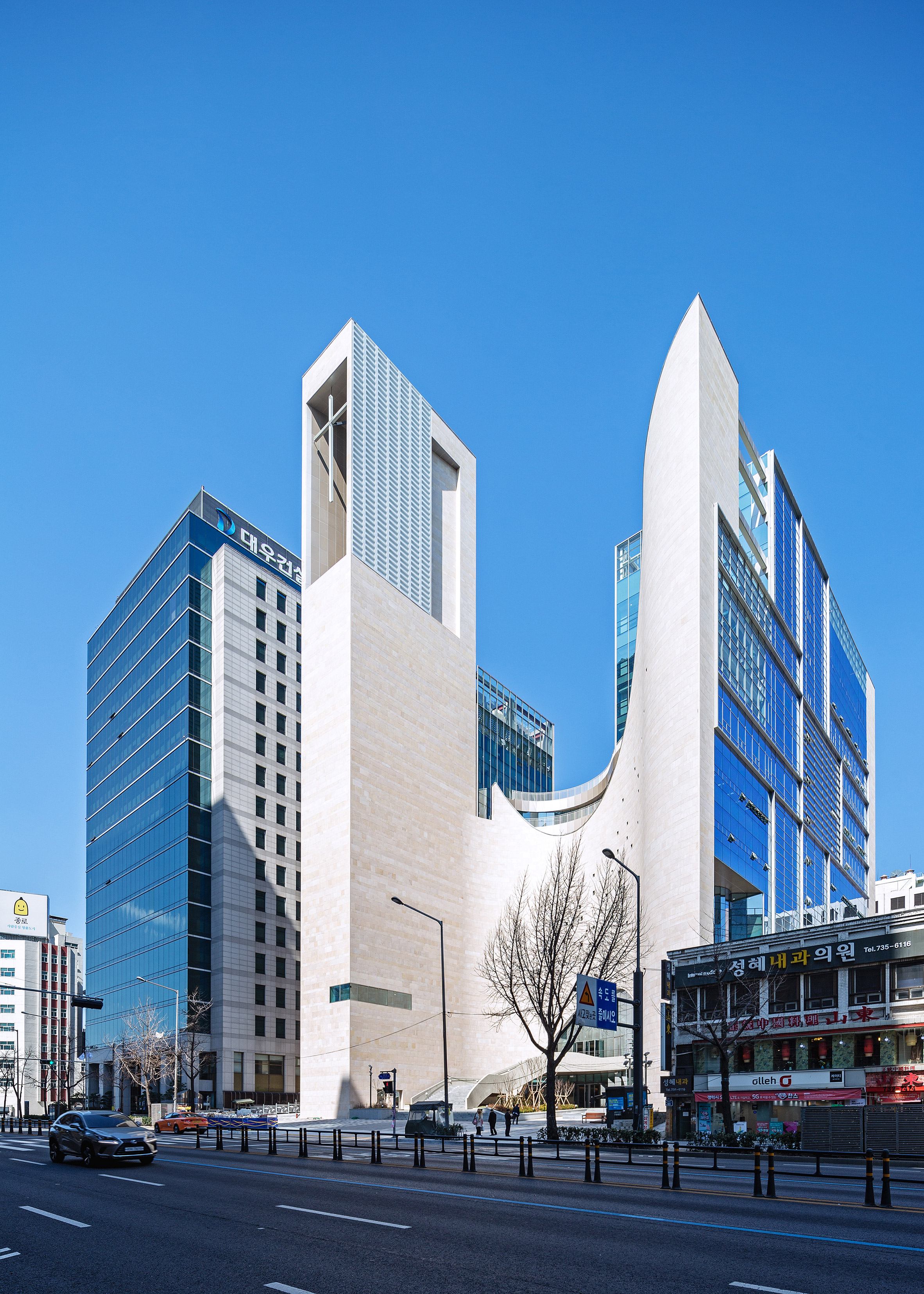 While one tower contains many of the church’s offices and rooms, the other, slimmer tower acts as a modern version of a spire. It contains a small chapel and is topped with an observatory containing a suspended cross. 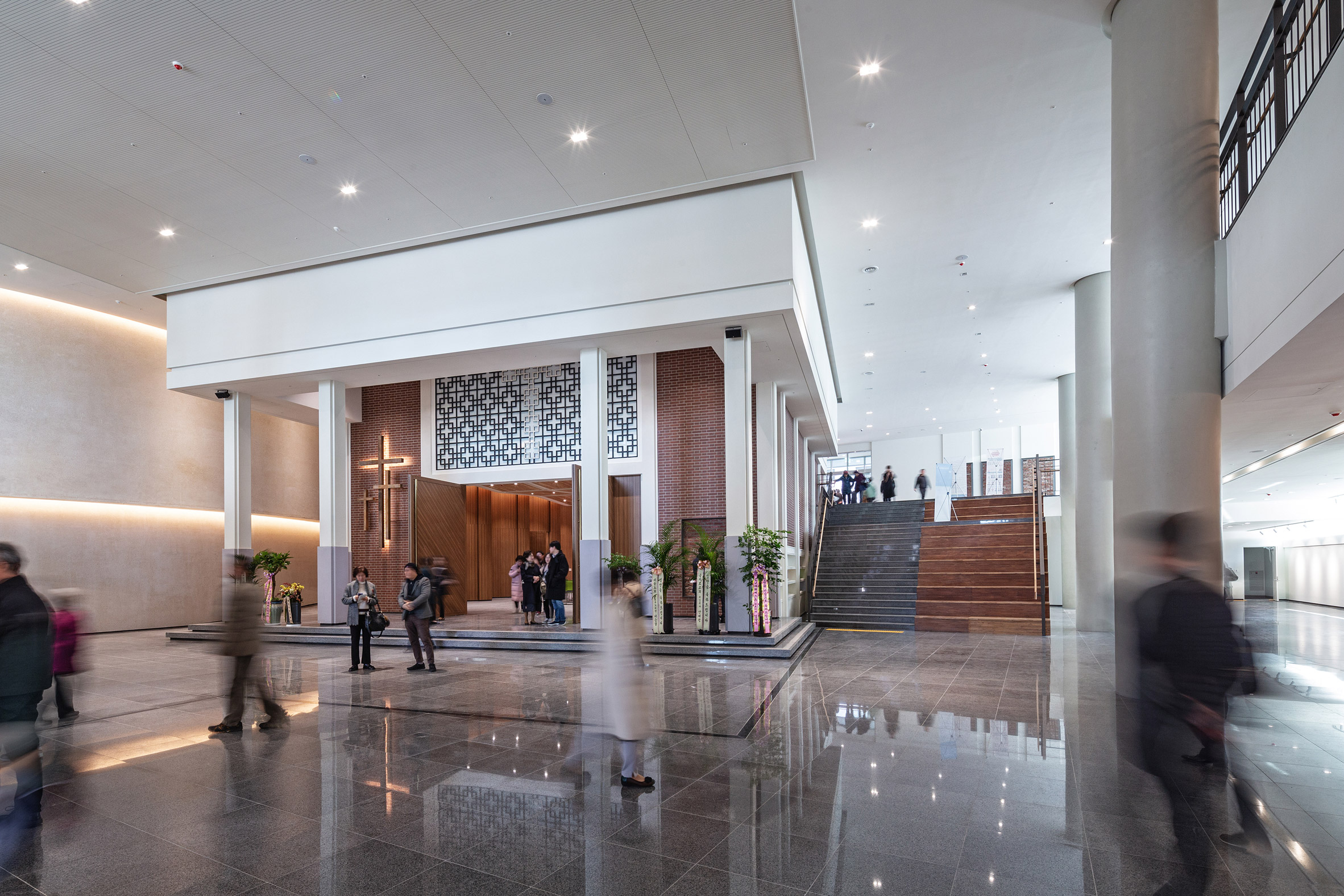 Seoinn Design Group designed the church to have a modern form, rejecting a tradition gothic appearance, to represent the church’s current position.

“The form felt like a transformation of gothic style church. I think the edge of sharp wing on the right looks like a metaphorised steeple,” said Choi.

“Protestantism was derived when Martin Luther started the reformation, so representing a transformation of gothic style is important.” The main place of worship is a large auditorium located the spans the building’s third to fifth floors, with a large balcony for more seating space.

Along with the main worship hall the building also contains a secondary auditorium, seminar hall and education room. 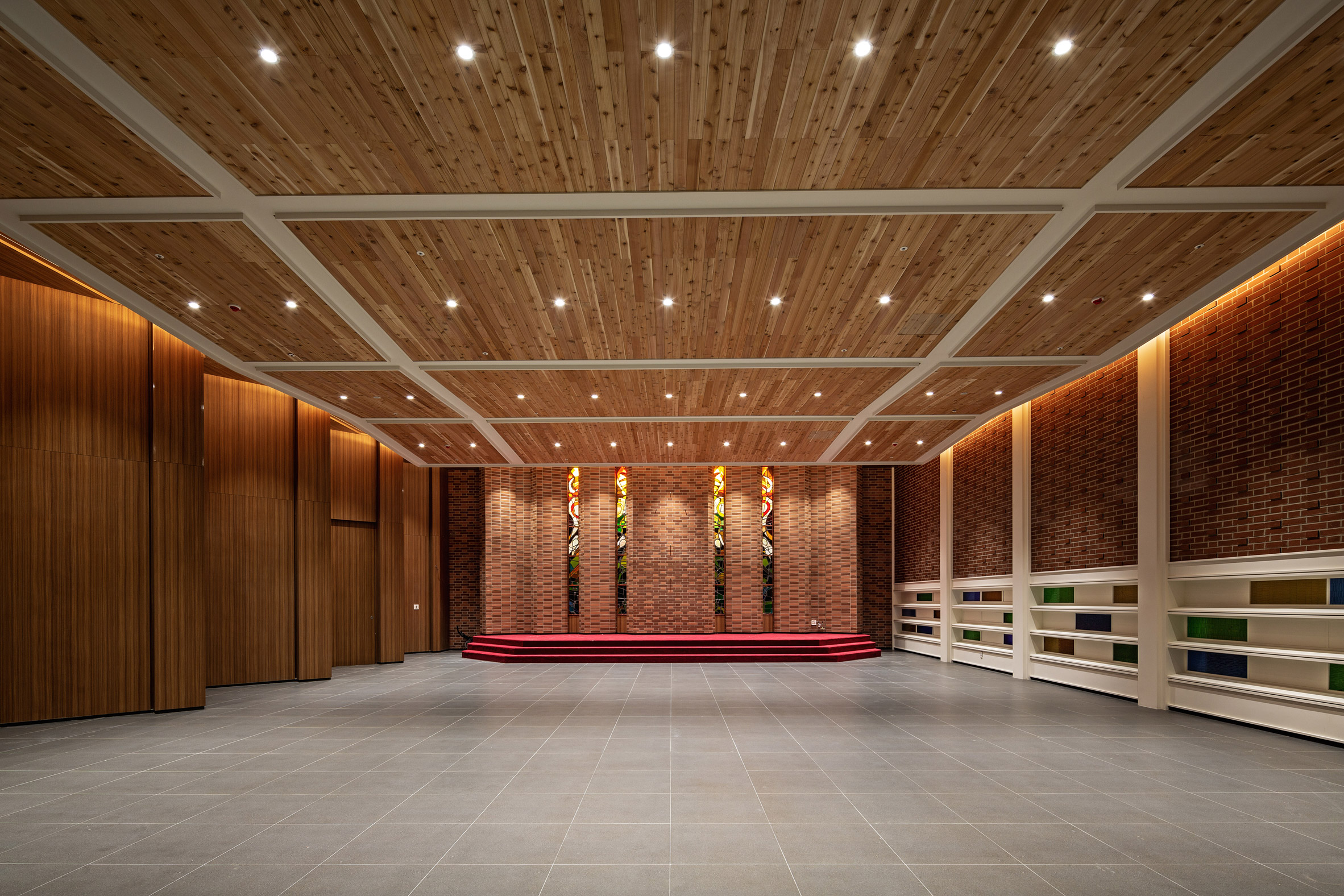 The building also contains numerous rooms for teaching and the administration of the group of churches connected to the “mother church”.

There is also a large restaurant on the first basement level and a cafe on the upper floor that opens out onto a roof garden and terrace. The church is one of several modern churches with interesting forms that have been completed recently.

Photography is by Juneyoung Lim.