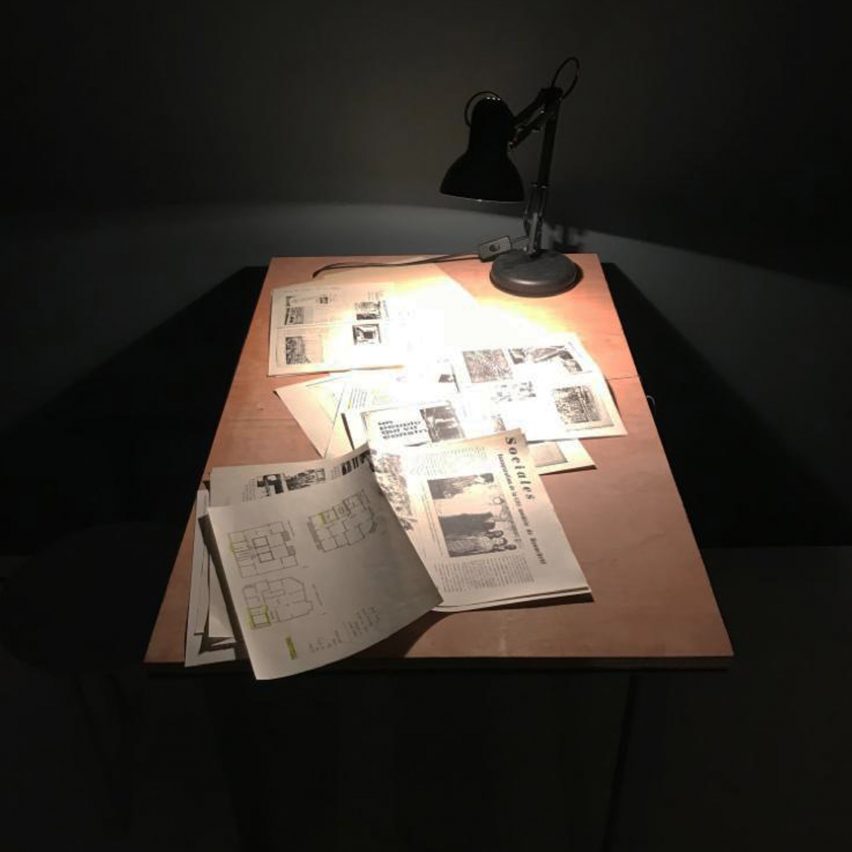 Public Works has created an installation focused on maid’s rooms in Lebanon at the Sharjah Architecture Triennial  to highlight the windowless servants quarters built in developments across the region.

Named The architect, the law, the sponsor and their maid’s room, the installation contains a collection of drawings of developments across Lebanon, with the servants quarters highlighted.

These small rooms are often windowless, or have minimal small windows that open on to balconies.

The plans are displayed in a dark room alongside audio tracks of architects, developers and maids talking about the buildings and a model of a typical development. 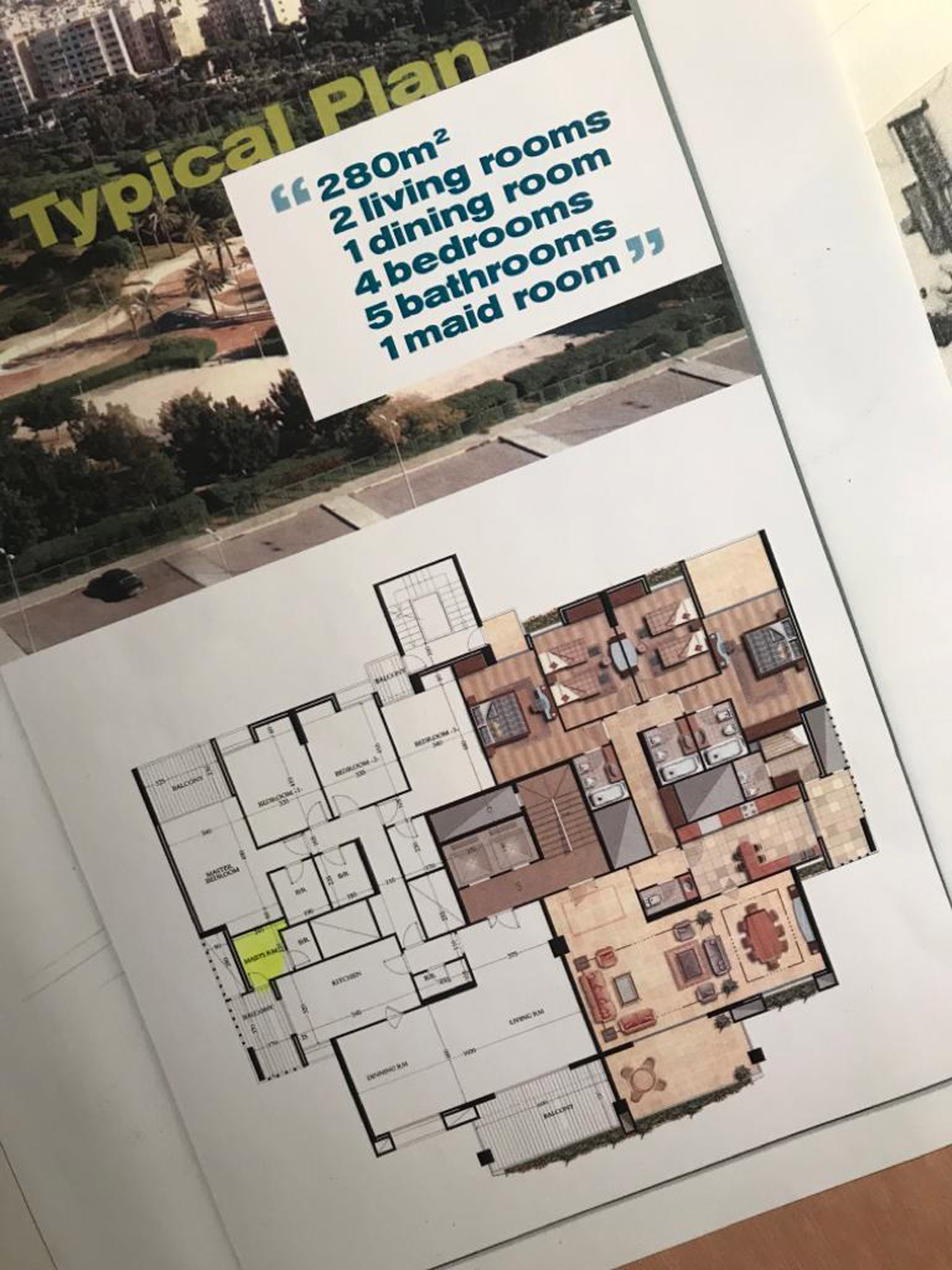 “The installation unpacks the historical (re)production of the so-called maid’s room in Lebanon, using archival documents, sound pieces and a sectional model, articulated to reveal a narrative of control and oppression,” said Abir Saksouk-Sasso, co-founder of Lebanon-based Public Works.

“The project traces the socio-spatial development of this room in the house, while shedding light on its tight connection to larger economic and political transformations,” she told Dezeen. 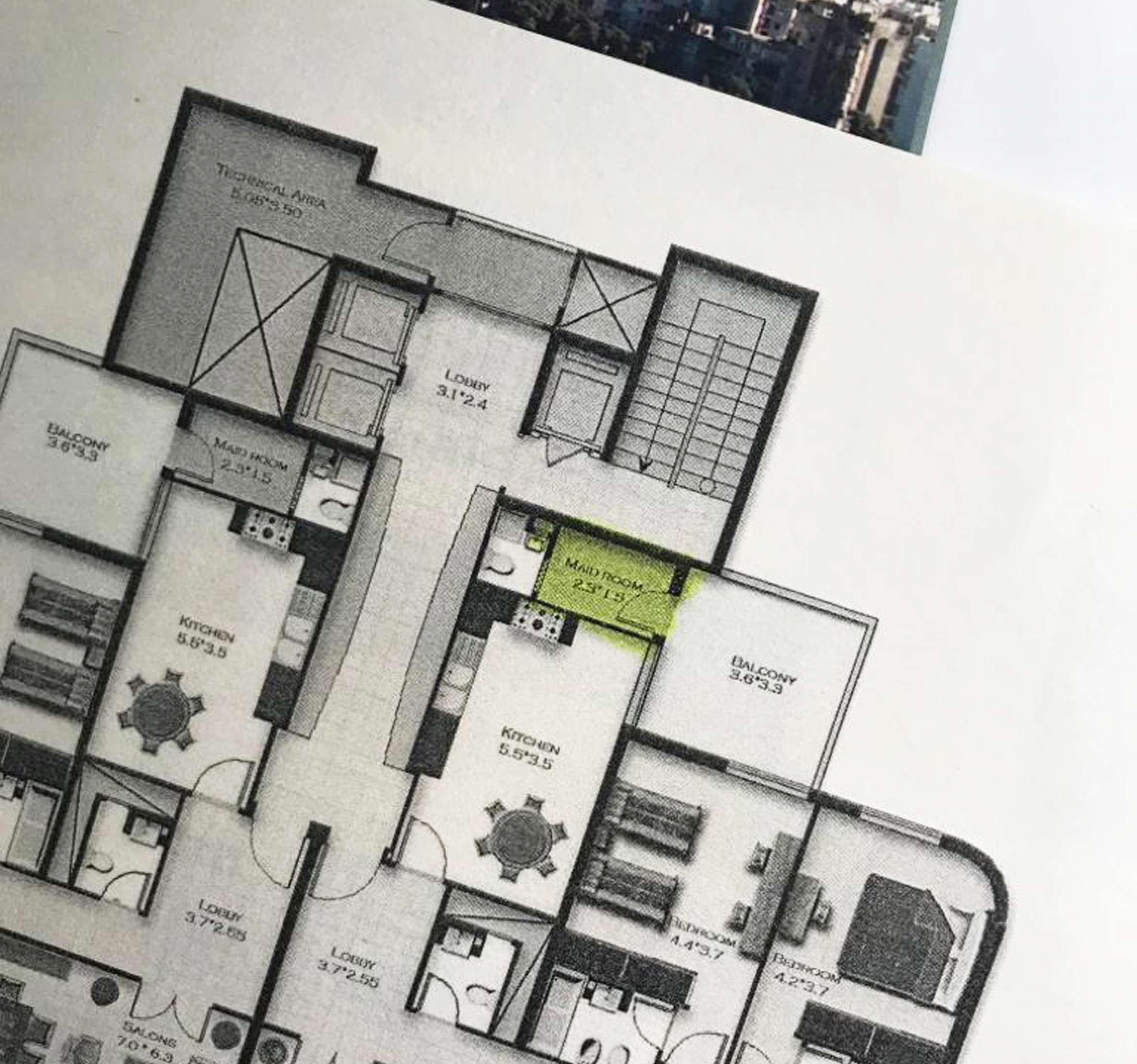 Saksouk-Sasso initially carried out the research after seeing the marketing materials for numerous developments in Beirut that advertise the maid’s rooms.

“Any residential project in Lebanon today displays on the streets massive billboards showing a map of the distribution of rooms in its apartments, often highlighting a small room, annotated the ‘maid’s room’,” explained Saksouk-Sasso.

“The space is well-defined and represented as permanent, without shying away from naming it what it is: a four-square-metre maid’s room,” she continued.

“Given its size, layout and position within the apartment, the ‘maid’s room’ and its architectural ramifications are likely to become a trap, a place of confinement and solitude, spatialising the systemic and socially-enforced subordination of women domestic workers.” 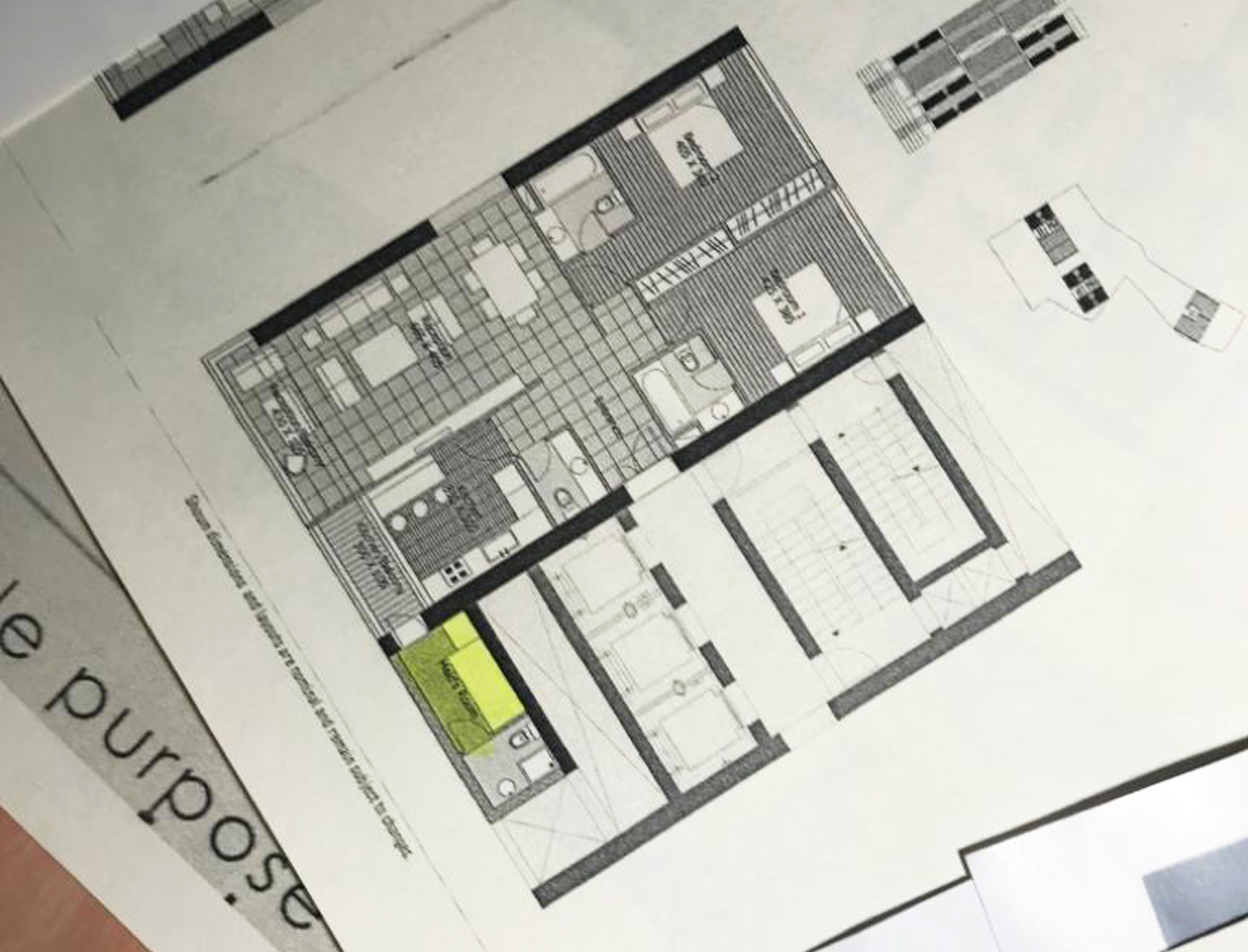 This means the rooms do not have to adhere to the same rules regarding size and light that other areas for human occupation must.

“The most recently issued building law [in 2004] stipulated that some spaces are not designated as rooms, and therefore not required to have the circulation of air and light, include: ‘stairwells, bathrooms, outhouses, lobbies, ironing rooms, pantry rooms, laundry rooms and kitchens, [and] maid’s rooms’,”  said Saksouk-Sasso.

“The article of the law also stipulates that ‘the area of the kitchen or laundry room or ironing room or pantry room or maid’s room cannot exceed eight square-metres’ to be entitled to exemption from the necessity of having to ensure light and air,” she continued.

“Thus, through the power of this law, the production of the ‘maid’s room’ in all the buildings constructed after 2004 became as such.” 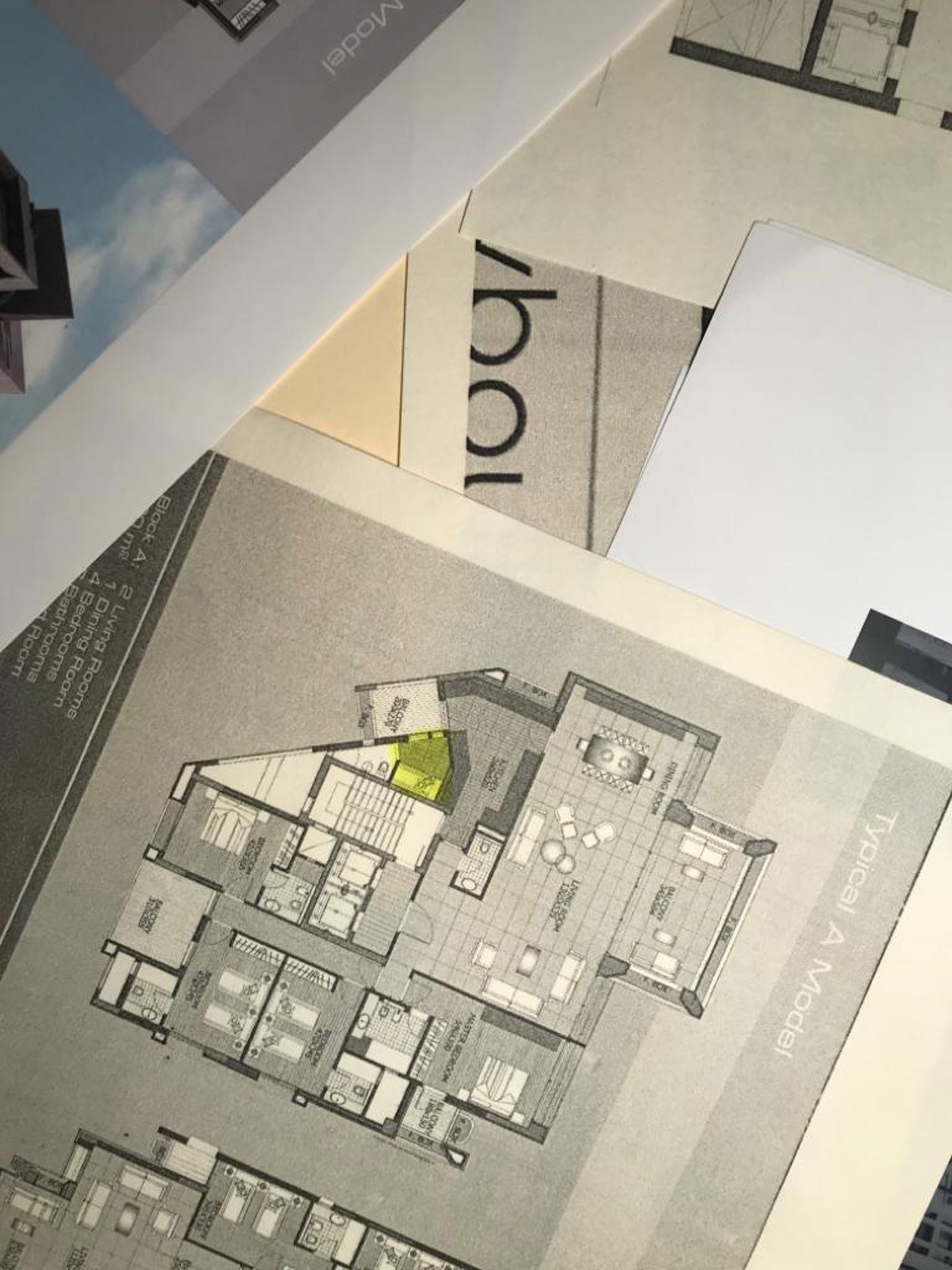 Saksouk-Sasso hopes that the installation will draw attention to the plight of those living in maid’s rooms in the Middle East, as well as the regulations that underpin the system.

“In Lebanon, as well as the region, these private residential apartments and luxury villas are primary sites where a combination of local ‘taste’ and the commodification of land and real-estate, underpinned by the exploitative Kafala system [a system used to monitor migrant workers], results in domestic workers’ spaces that are at best substandard and often gravely oppressive with dangerous implications,” she continued.

“The work seeks to prompt audiences’ individual responsibilities as sponsors of domestic workers, as architects, as law makers, or as beneficiaries of a normalised system, and to question the architectural and spatial practices that are passed, normalised, and exacerbated from one generation to the next.” 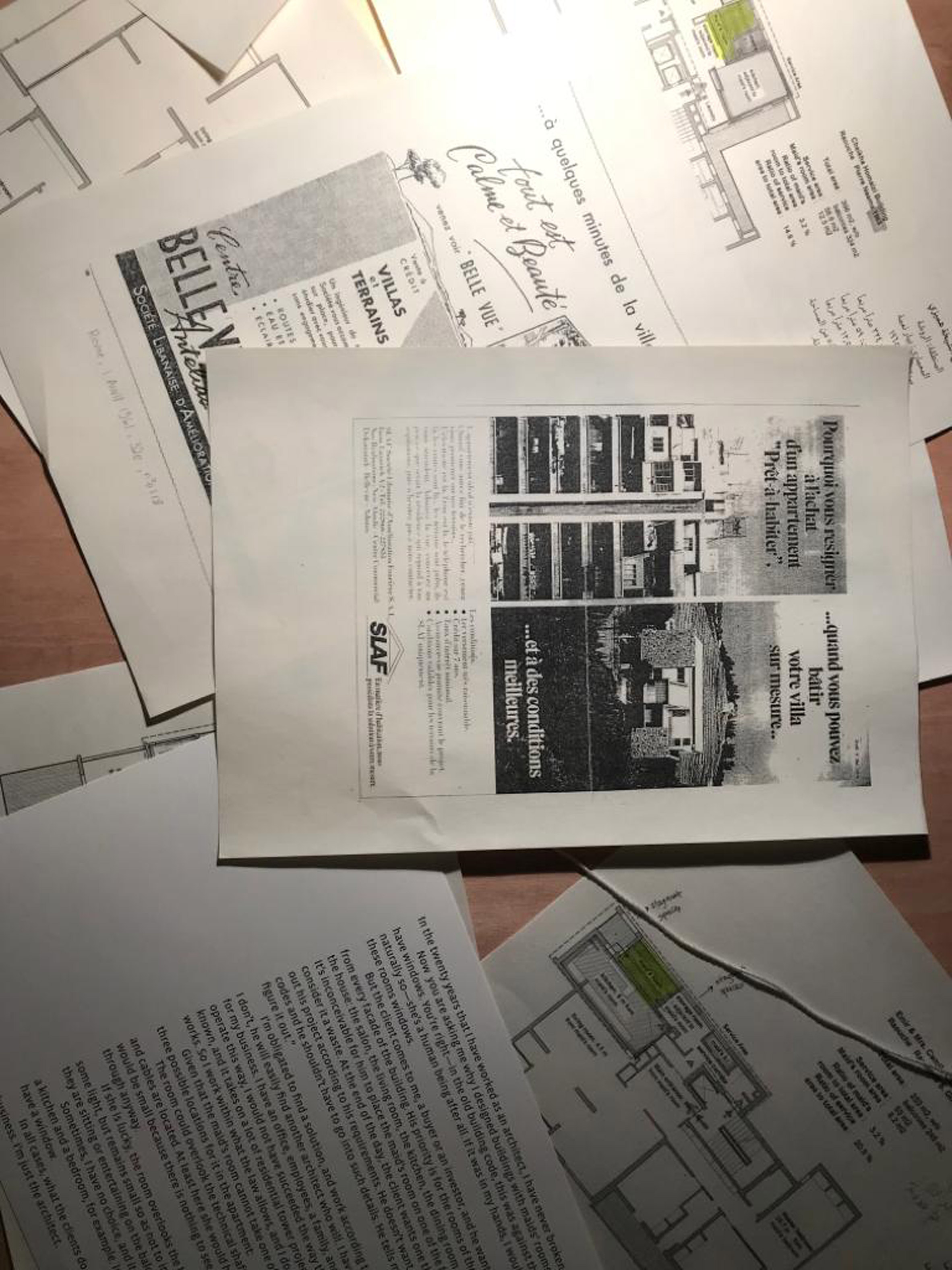 The architect, the law, the sponsor and their maid’s room was an installation at the inaugural Sharjah Architecture Triennial, which is taking place in the emirate of Sharjah within the UAE.

The triennial’s main venues include a school and a fruit market that have been preserved as part of an effort to save the 1970s and 1980s architecture in the emirate .