Remembering the great architects and designers we lost in 2019 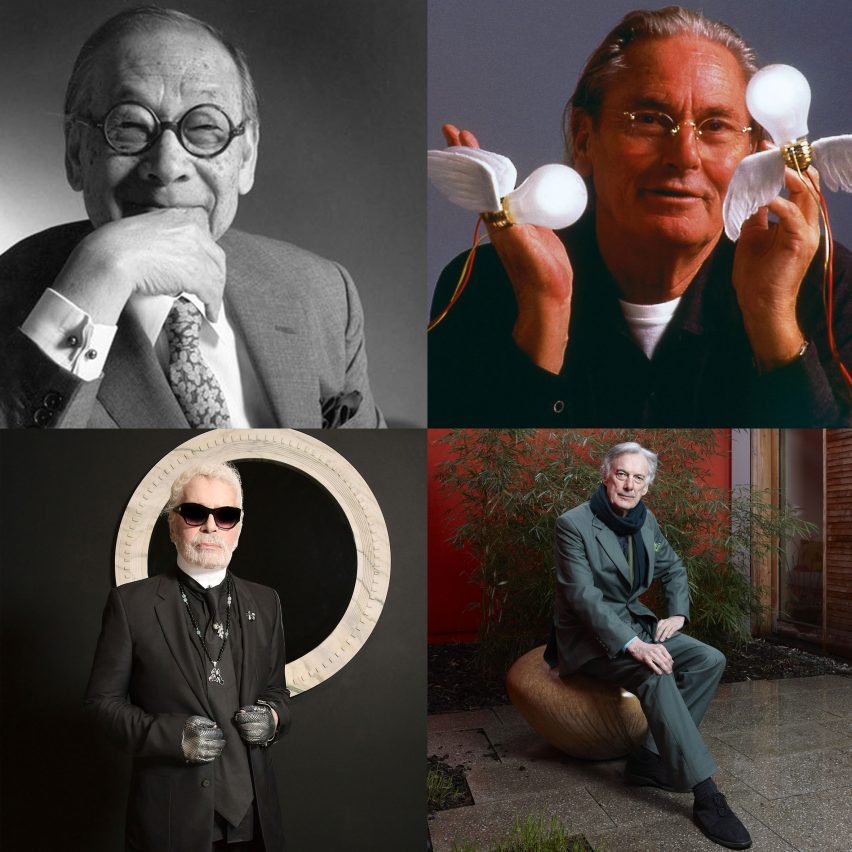 This year sadly saw the passing of many iconic figures from architecture and design, including architect IM Pei , fashion designer Karl Lagerfeld and lighting designer Ingo Maurer . We remember 10 of the greats we lost in 2019 to complete our review of the year . 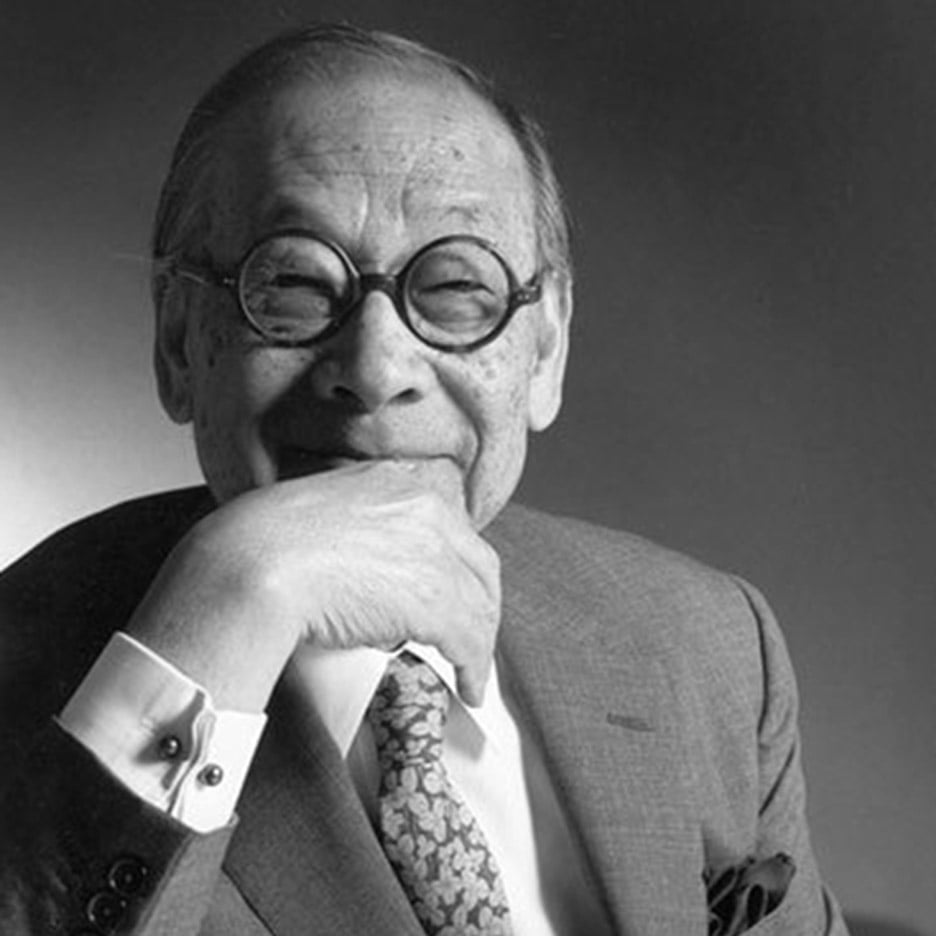 Born in 1917, Pritzker Prize-winning architect IM Pei was known for a bold modernist style that experimented with strict geometries and shapes, and a portfolio of significant buildings – including the Museum of Islamic Art in Doha , the glass-and-steel pyramid at the Musée du Louvre in Paris, and the Kennedy Library in Boston.

Pei had received prestigious awards such as the AIA Gold Medal in 1979, the Pritzker Prize in 1983, the first Praemium Imperiale for Architecture in 1989, and RIBA’s Royal Gold Medal for architecture in 2010. He died this year aged 102. 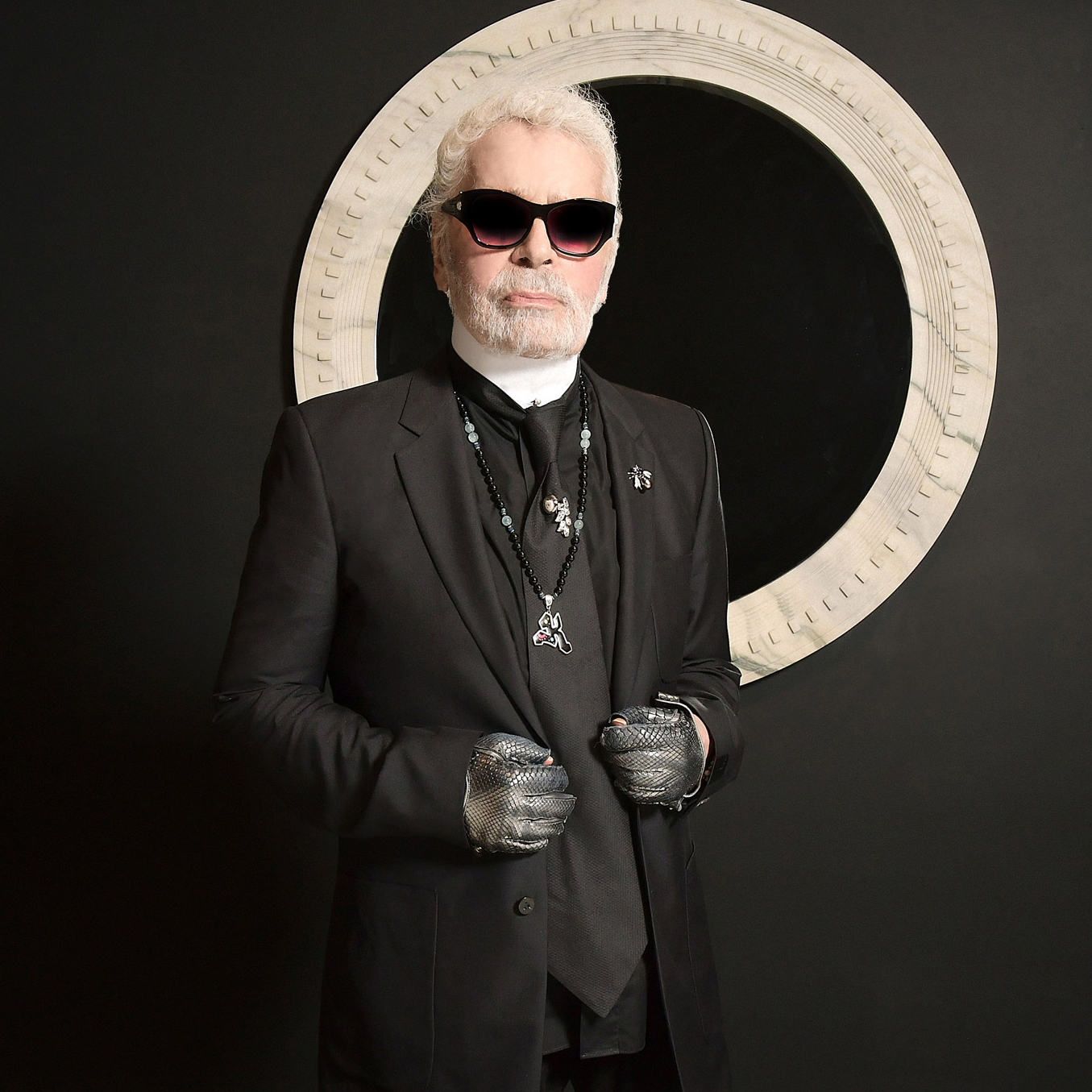 Prestigious fashion designer Karl Lagerfeld was at the helm fashion houses Chanel  and Fendi when he died this year aged 85.

He had seven-decade career in fashion saw him join Fendi in 1965, where he took on the role of the artistic director of the label’s ready-to-wear clothing in 1977. He became head designer at Chanel in addition in 1983 and reinvented the brand’s famous tweed each season. Lagerfeld, who was born in Hamburg, Germany in 1933, was also known for his signature look comprising a white ponytail, black sunglasses and a pair of gloves. 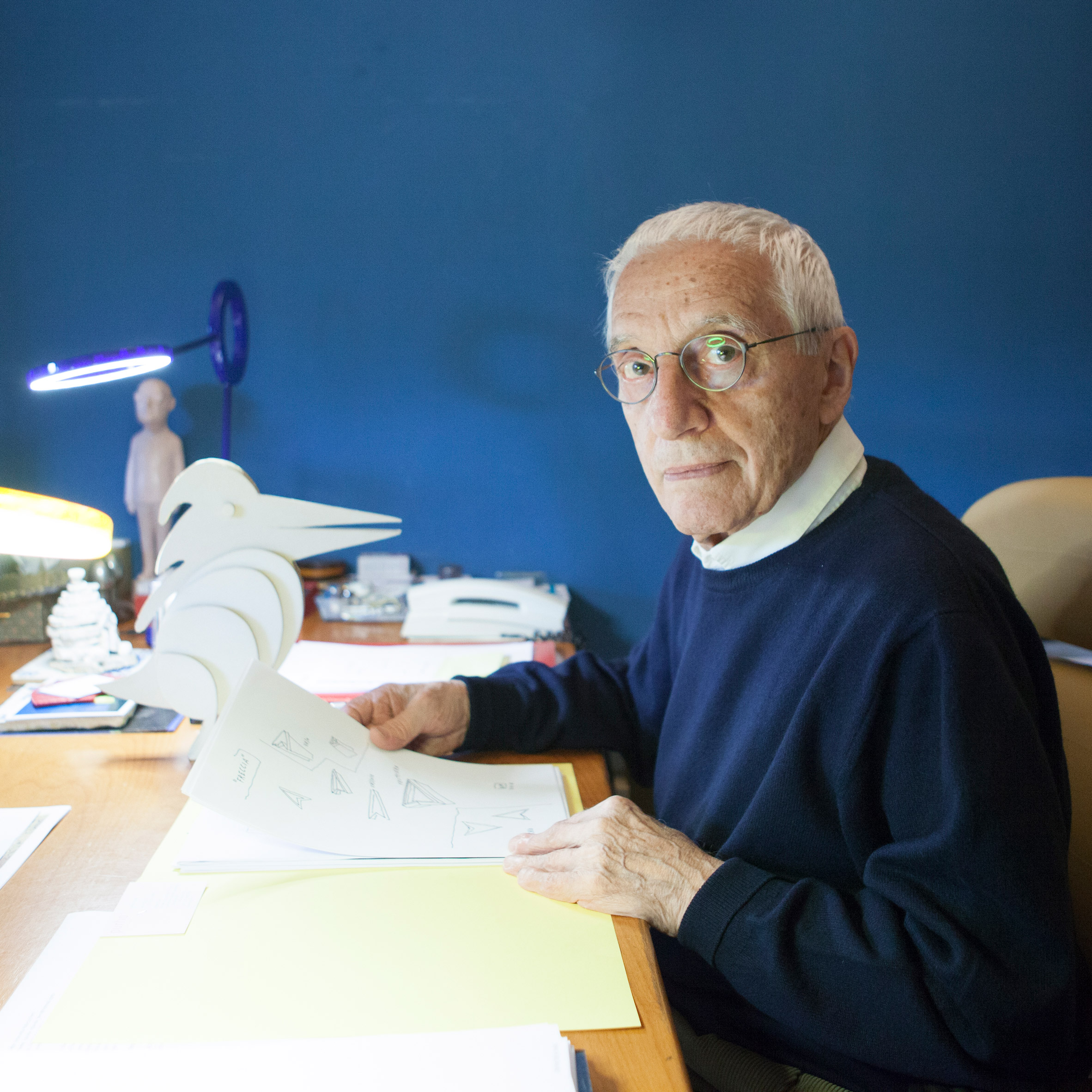 The 1978 Proust chair, which is celebrated as one of the most iconic and revolutionary chairs of the last century, and the Groninger Museum in the Netherlands, which features a bright yellow tower, are among his best-known works. He was born in 1931 and died this year aged 87. 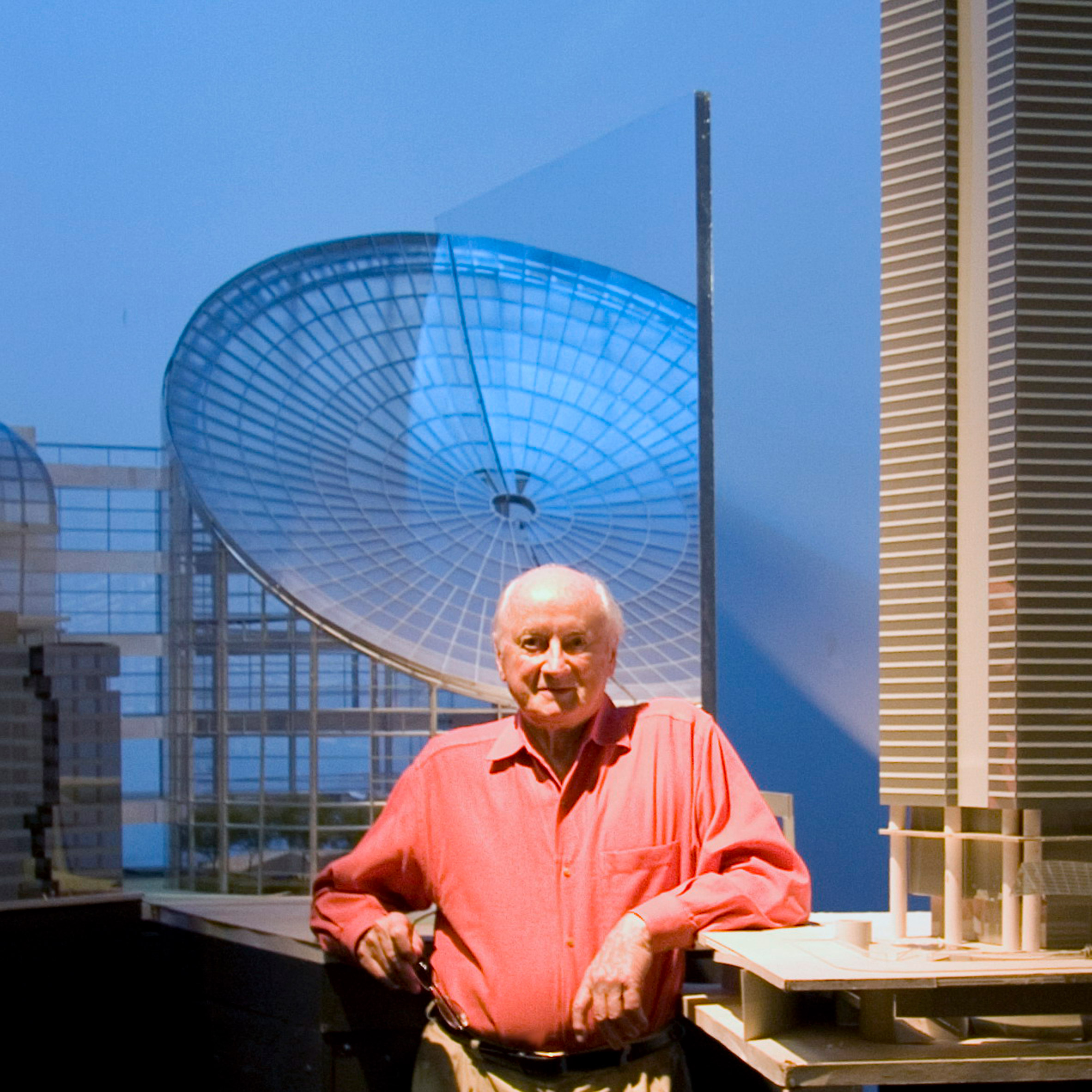 Born in Dublin in 1922, architect Kevin Roche kickstarted his career in the Detroit office of Eero Saarinen and took over the practice with John Dinkeloo and Joseph Lacy when Saarinen passed away in 1961. They completed 12 of Finish-American architect projects, including JFK’s TWA Flight Center , Dulles International Airport Terminal, the St Louis Arch, and the Deere and Company Headquarters.

Roche later established Kevin Roche John Dinkeloo and Associates and completed major works in New York City, such as the Central Park Zoo, the 60 Wall Street skyscraper and an extension to the Jewish Museum. He was awarded the Pritzker Prize in 1982, making him one of the first to receive the prestigious accolade. 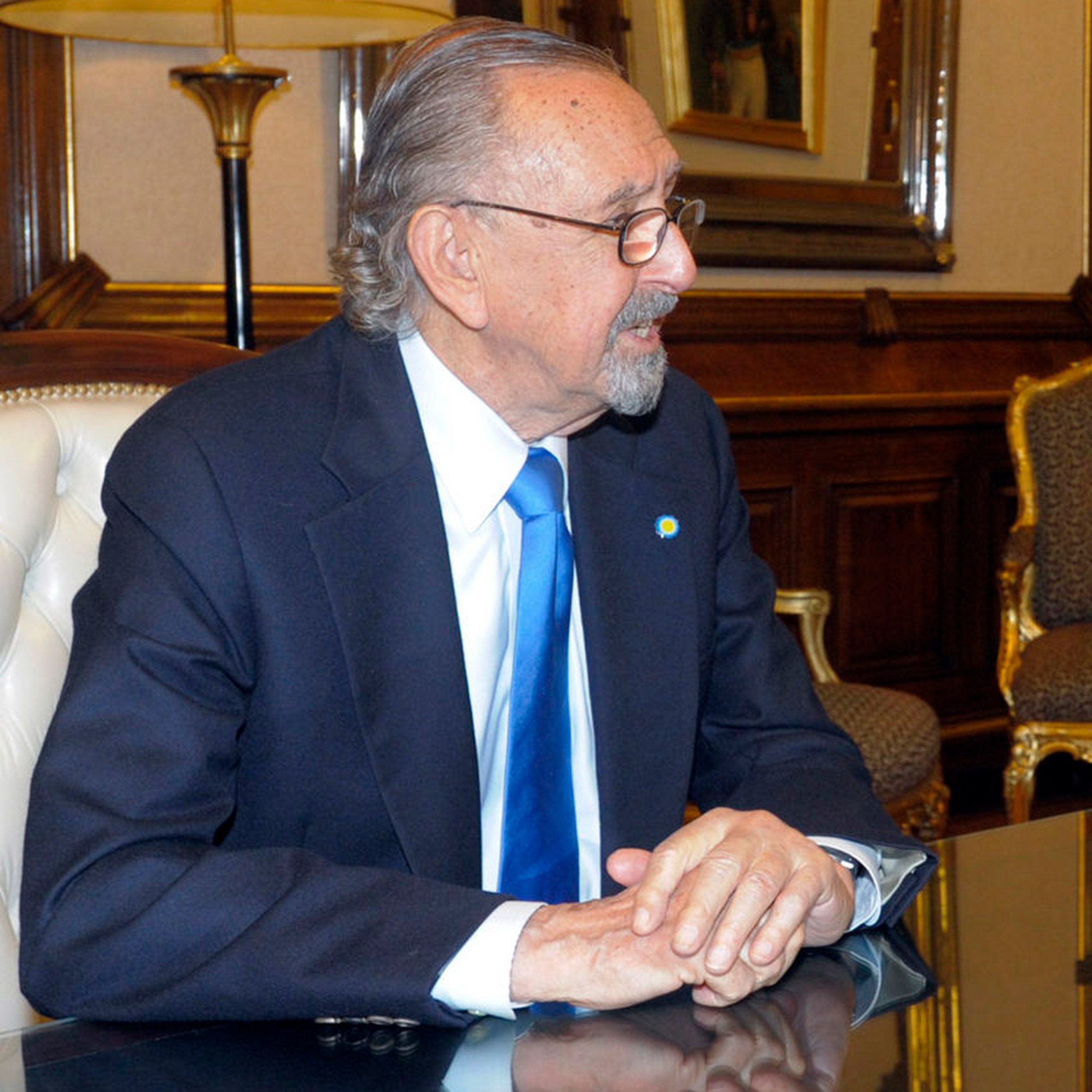 Pelli was born in Argentina in 1926. He started his career in the US studio of Saarinen, before setting up his own firm Cesar Pelli & Associates in 1977, which was renamed Pelli Clarke Pelli Architects in 2005. 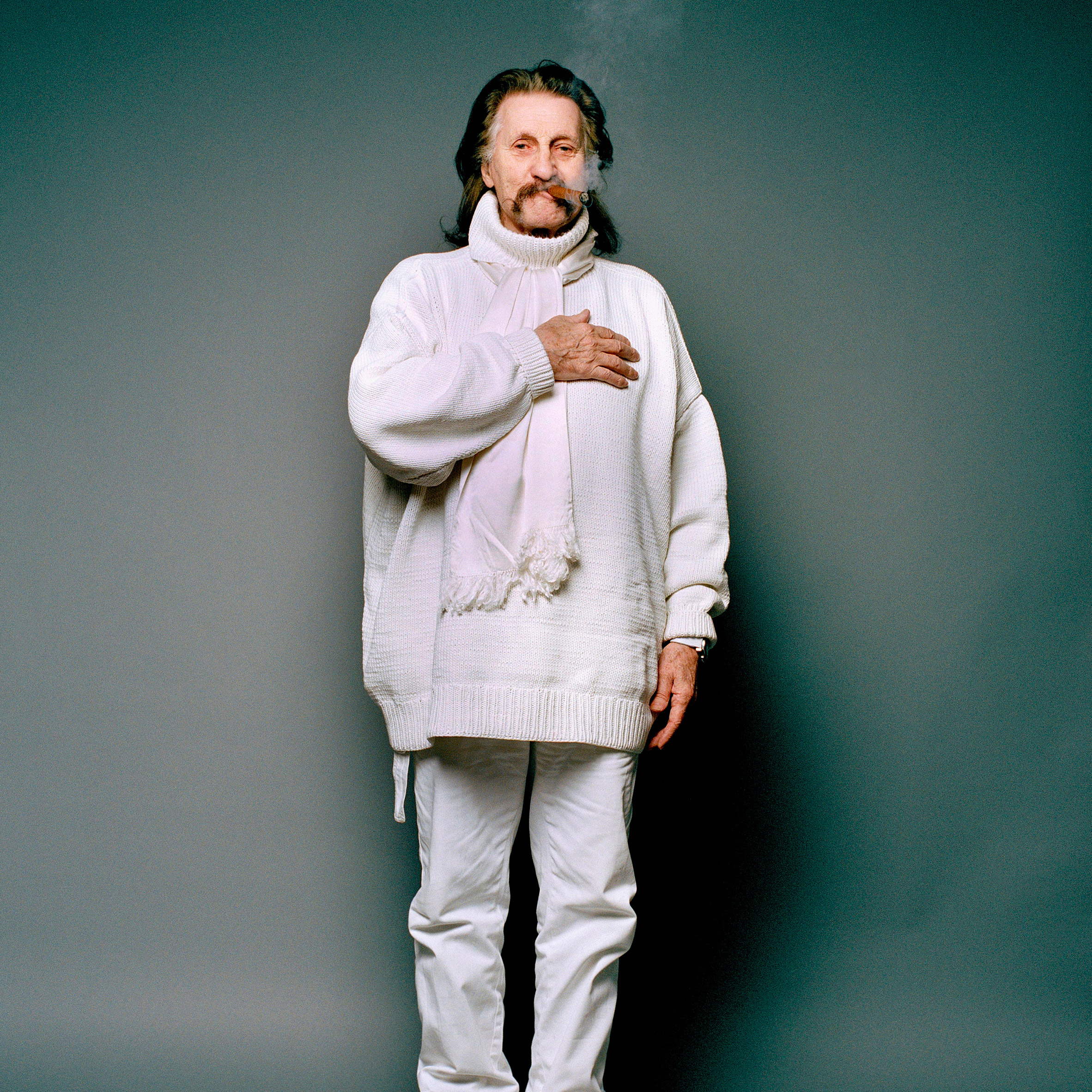 German industrial designer Luigi Colani is best known for the curving organic forms of his transport and product designs, which are said to have influenced the work of a younger generation of architects and designers such as the late architect Zaha Hadid .

Colani, who was born in 1928 and died aged had 91, had a varied career. He started with designing cars for brands such as Fiat, Alfa Romeo and BMW in the 1950s. In the 1960s, he moved into furniture design before expanding his practices into other aspects of industrial design in the 1970s. Colani had more than 4,000 design ideas that he put down on paper, according to the New York Times . 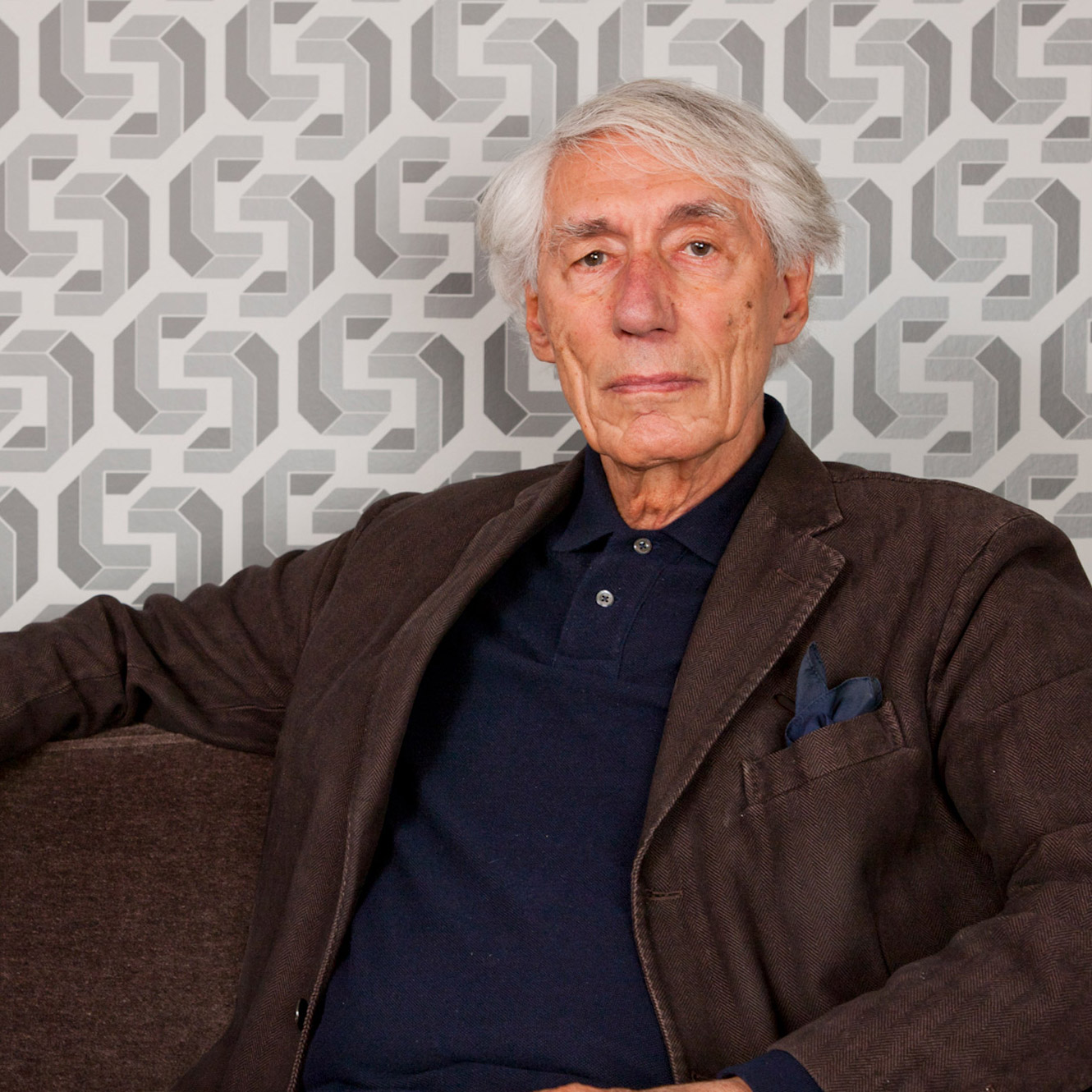 Born in the Netherlands in 1928, typographer and graphic designer Wim Crouwel was responsible for the graphic identity of the Stedelijk Museum between 1963 and 1985, while his practice Total Design, which he founded in Amsterdam in 1963, boasted clients Dutch Post office, Schiphol Airport, and Dutch bank Rabobank.

Crouwel was also celebrated for his typography design, with the new typefaces for The Foundry and the typeface for Holland’s FIFA world cup football kit among his recent projects. 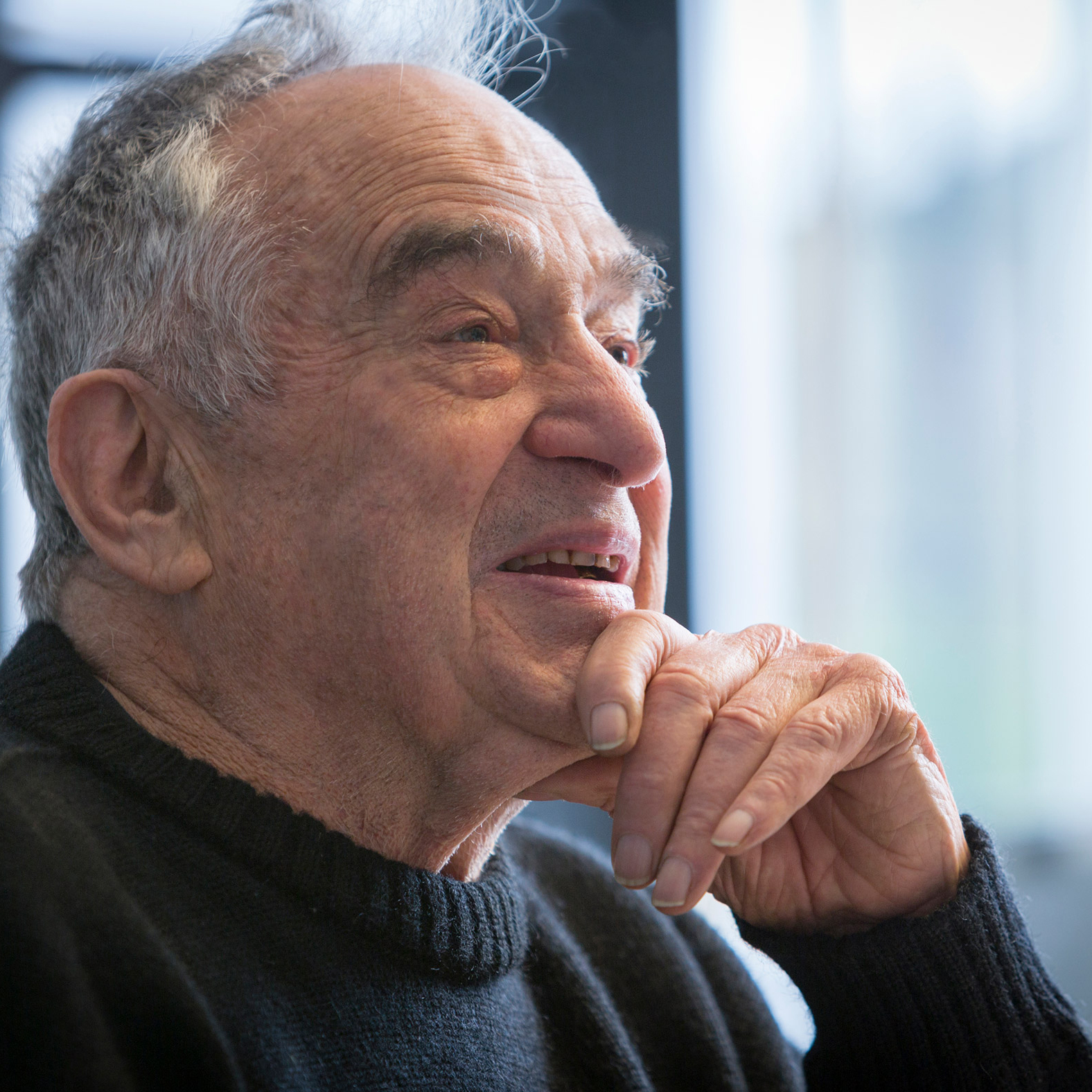 Edward Cullinan , also known as Ted, was a RIBA Royal Gold Medal-winning architect and the founder of Cullinan Studio . He died this year at the age of 88.

His projects included a number of residences, like his own house in Camden , visitors centres like the Fountains Abbey Visitor Centre, and university buildings like the Docklands Campus for the University of East London. RIBA awarded Cullinan the Gold Medal in 2008 and commended his “keen awareness of the natural environment”. 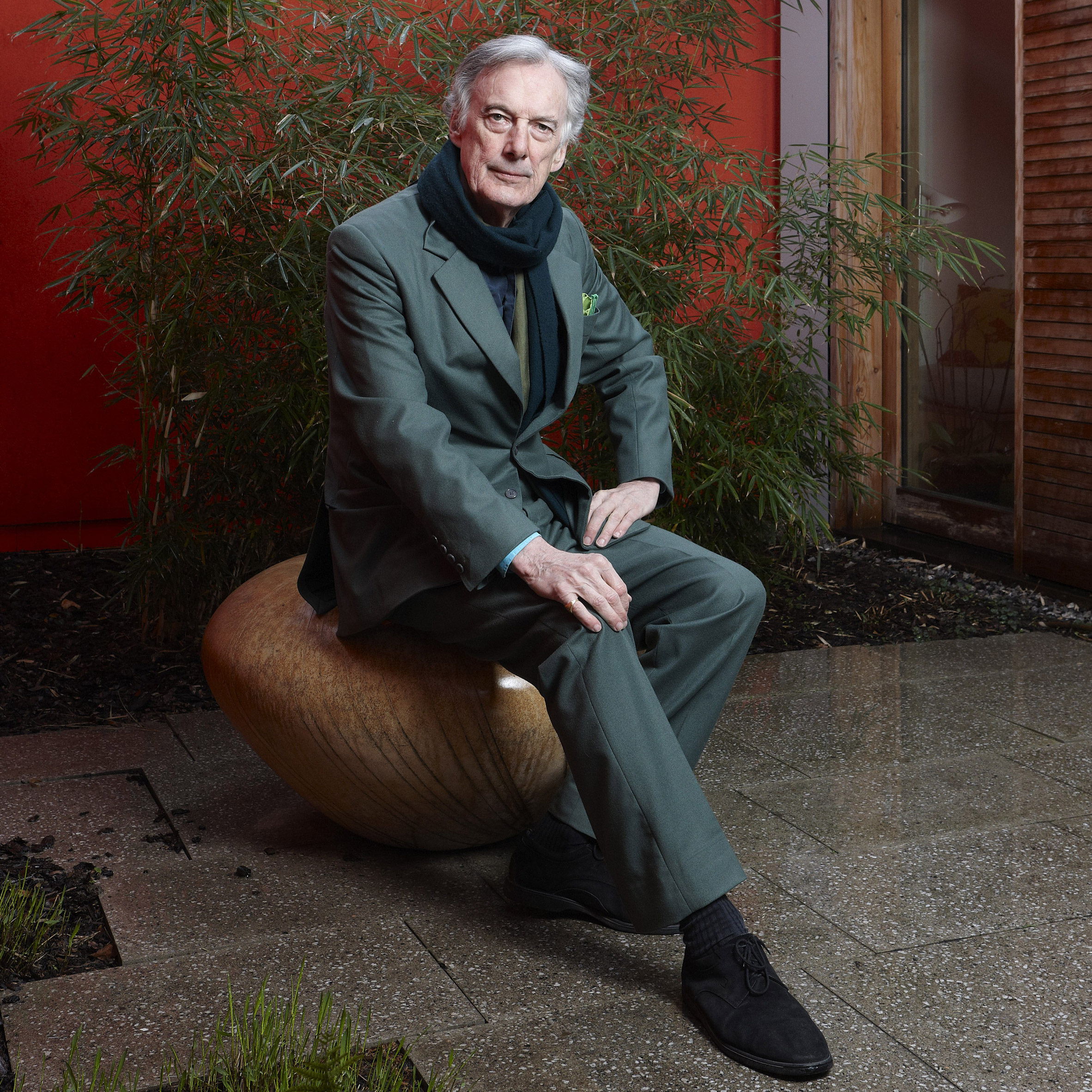 Charles Jencks was a landscape architect and architecture historian who is regarded as the leading thinker on postmodernism in architecture, as defined with his seminal book, The Language of Post-Modern Architecture.

He was born in 1939 in Baltimore, Maryland, and died aged 80 at his home in London. His most significant impact perhaps is the work he did with the Maggie’s Cancer Care Centres , a charity he founded in 1995. The project commissions major architects to design comforting places of respite for those affected by cancer in memory of his late wife Maggie Keswick Jencks. 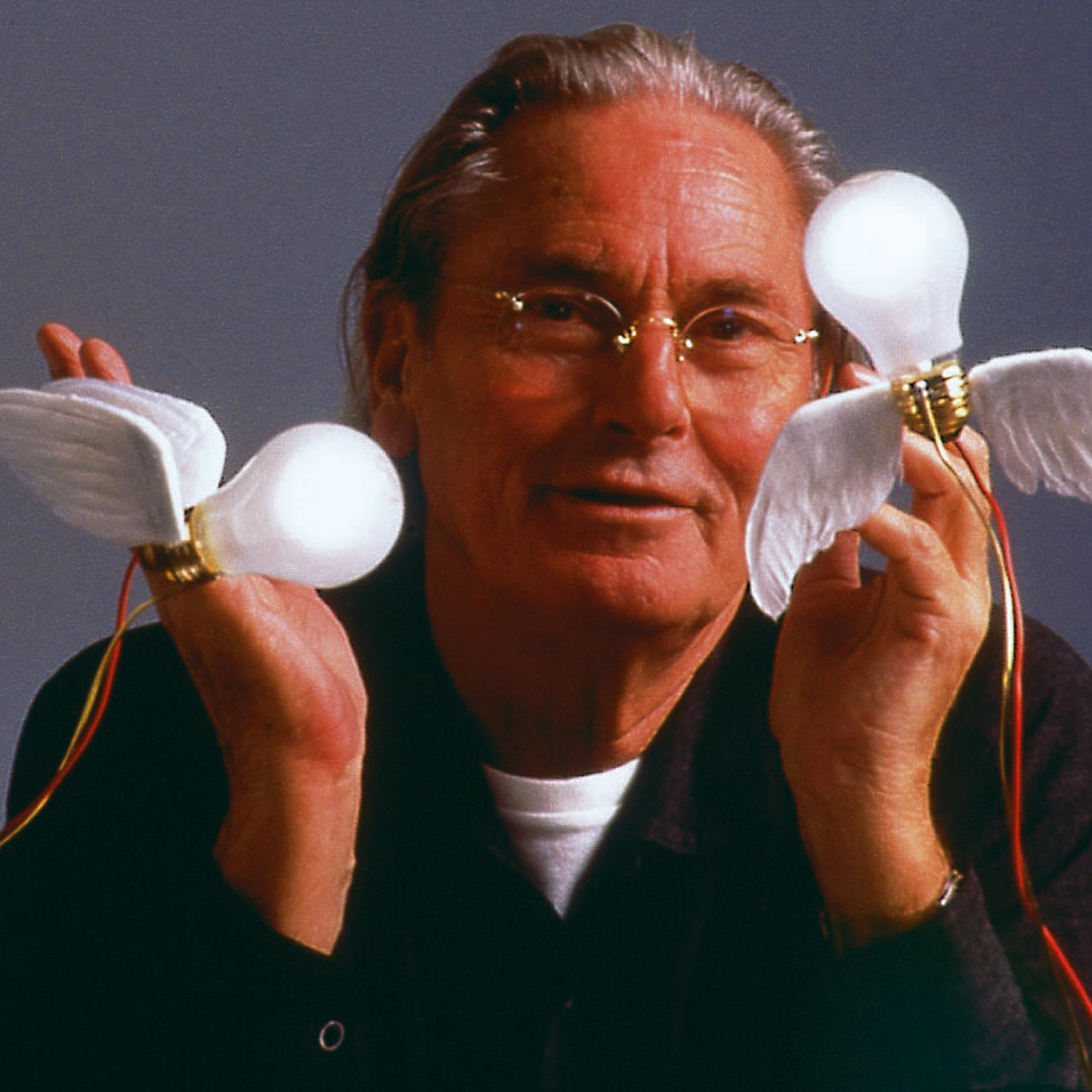 German designer Ingo Maurer died was internationally known for his sculptural, playful lighting designs. A number of Maurer’s pieces are held in the collection of New York’s MoMA – including the 1969 Bulb Lamp, an oversized light bulb, his winged 1992 Lucellino lamp, and the Porca Miseria! fixture, which he made from shattered crockery in 1994.

The post Remembering the great architects and designers we lost in 2019 appeared first on Dezeen .