Snøhetta has revealed visuals for a major new opera house in China, featuring a spiralling stepped roof that will connect the upper levels of the building with a riverside plaza.

The architecture and design firm, which was founded in Norway, teamed up with Chinese studio ECADI on its competition-winning design for the Shanghai Grand Opera House.

Set to be built beside the Huangpu River, it is expected to provide a major new cultural landmark for China’s biggest city.

The building’s most prominent feature will be a tiered roof that spirals down to ground. This is intended by Snøhetta to resemble an unfolding fan, evoking the feeling of movement and dance.

It is reminiscent of the Oslo Opera House completed by the firm in 2008, which also featured a roof that sloped down to meet the waterfront. 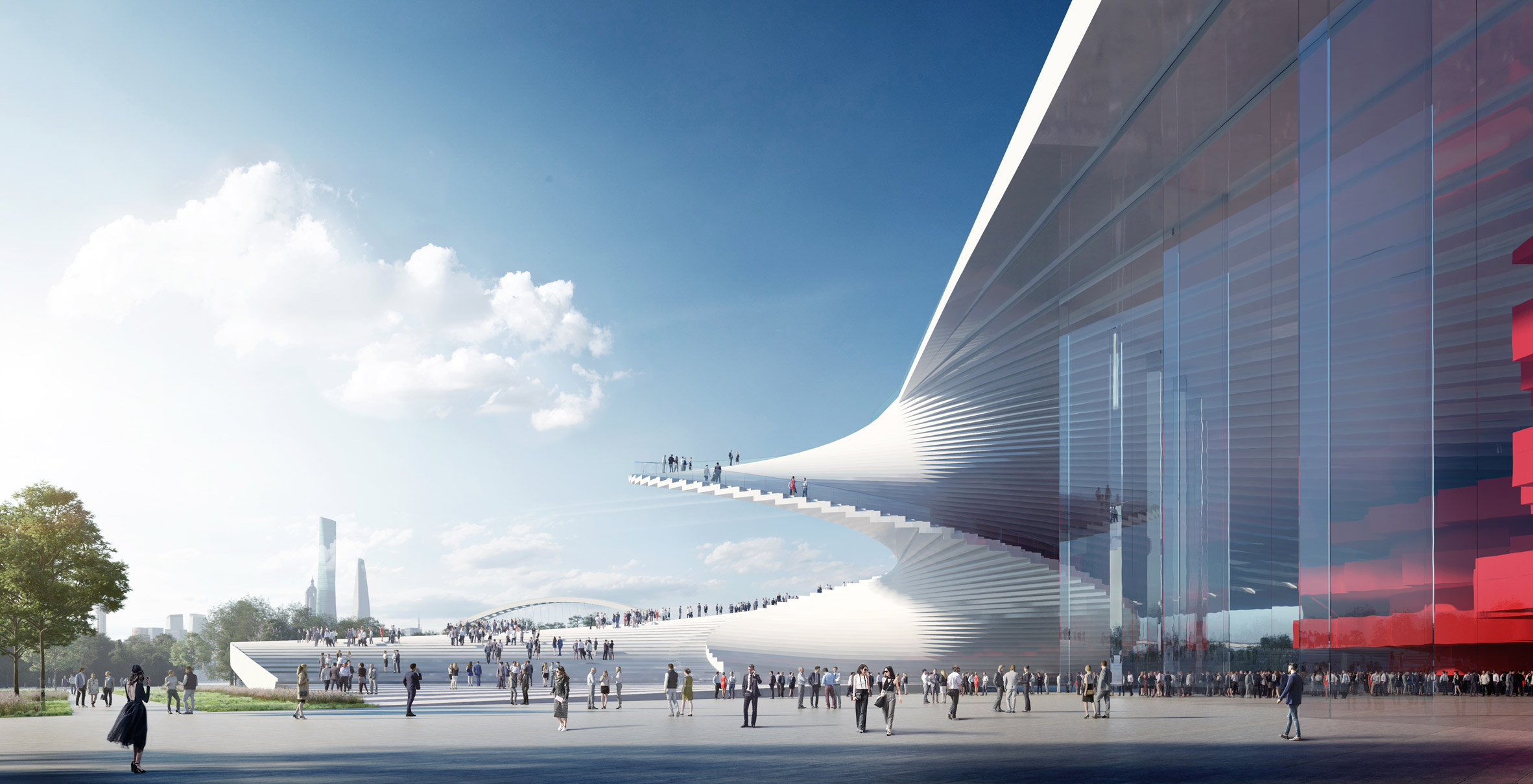 “The Shanghai Grand Opera House is a product of our contextual understanding and values, designed to promote public ownership of the building for the people of Shanghai and beyond.” The stepped roof will connect with a large stepped plaza, allowing it to double as a public meeting place and a stage for large-scale events.

Meanwhile the plaza, which will be open for visitor access 24 hours a day, will connect the space with the riverfront.

At the core of the building will be a 2,000-seat auditorium, for which Snøhetta is developing “state-of-the-art technical solutions and superior acoustics”.

It will sit alongside a 1,200-seat stage, which offers a setting for smaller productions, while a third auditorium with 1,000 seats will host a flexible stage and seating arrangement for more experimental performances.

The spiralling motifs seen on the exterior of the Shanghai Grand Opera House will extend into the interiors of the building, and feature in its visual identity, which Snøhetta has also designed to reference an open fan.

Interior finishes will be developed to contrast the building’s white exterior, combining soft silks with oak wood floors to support the acoustics.

In the foyer, the oak will be stained red, while expansive glass panes will bring in natural light and “transform the experience of the building throughout the day and from season to season”. 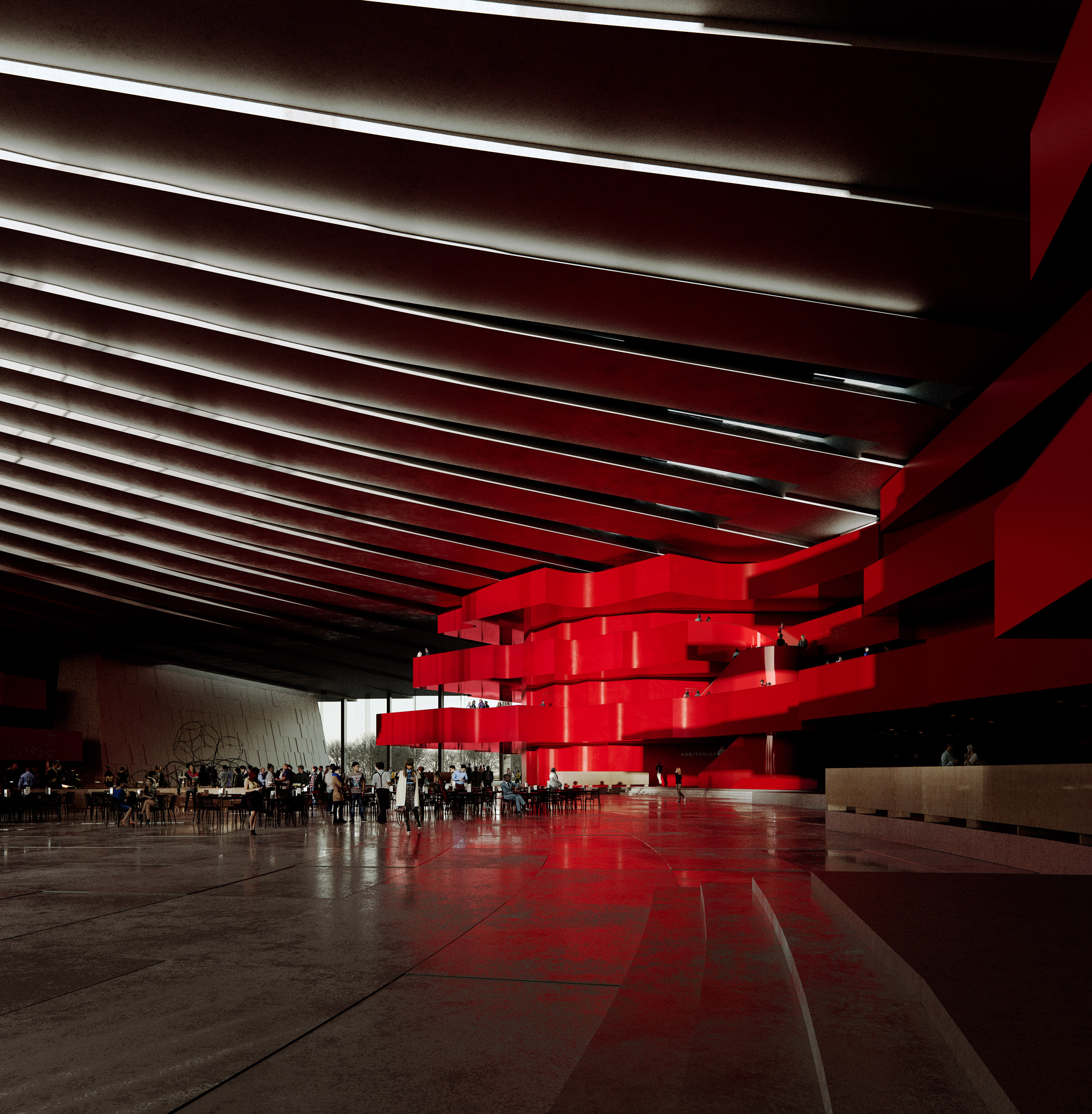 “The Shanghai Grand Opera House will be a world-class venue, placing the visitor at the centre of the stage,” said studio.

“Through its aesthetics, functionality, as well as its cultural and ecological ambition, the Opera House will be an accessible canvas for global visitors, local citizens, and artists to fill with life and culture.” 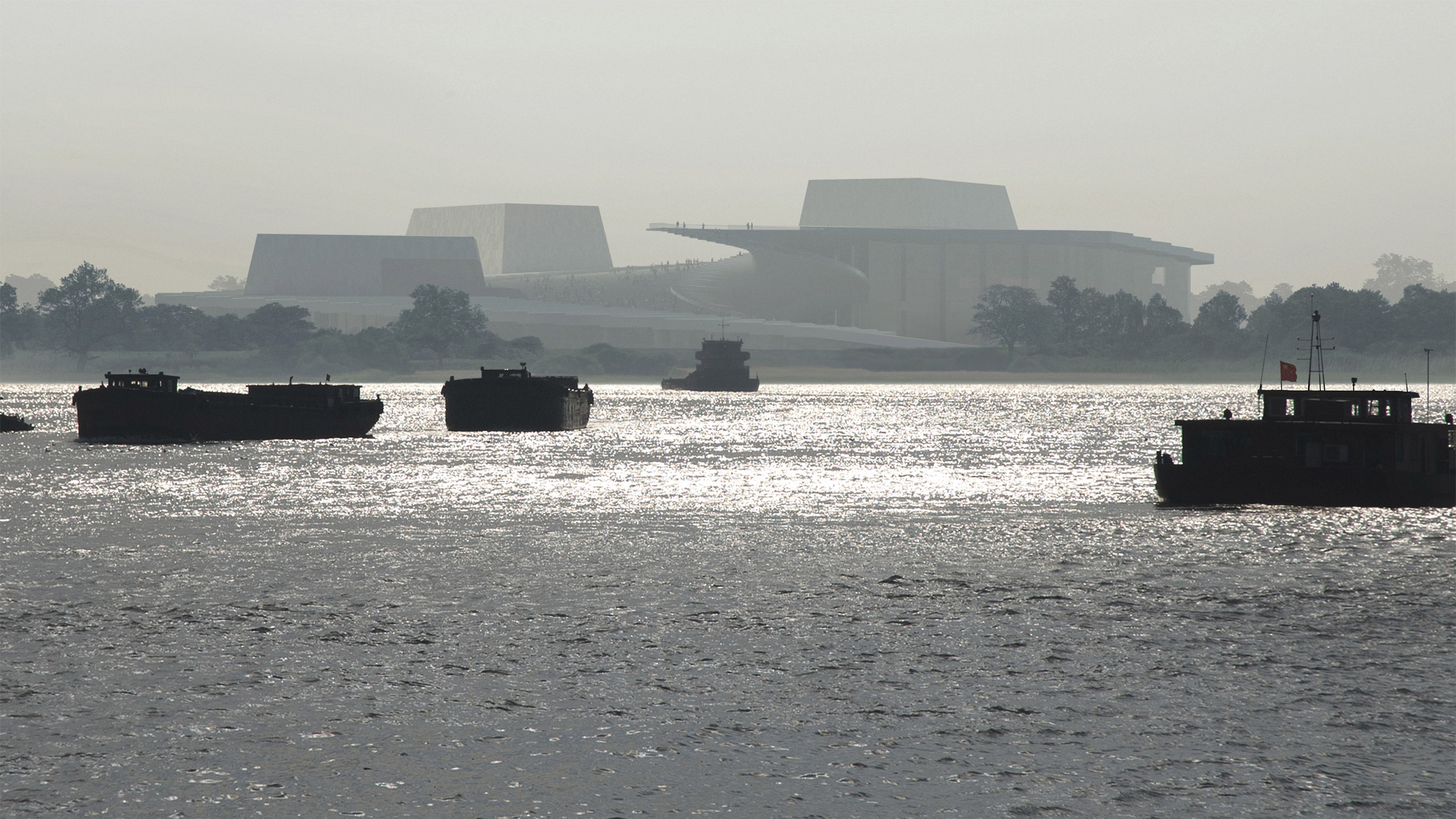 Snøhetta was founded in 1989 by Kjetil Trædal Thorsen and Craig Dykers. It has offices in Oslo and New York City, as well as in San Francisco, California, Innsbruck, Austria, Singapore and Stockholm.

Other waterside buildings designed by the studio include a hotel proposed for the Lofoten archipelago and Europe’s first underwater restaurant.