Spiral lookout tower gives views of the mountains in Shenzhen 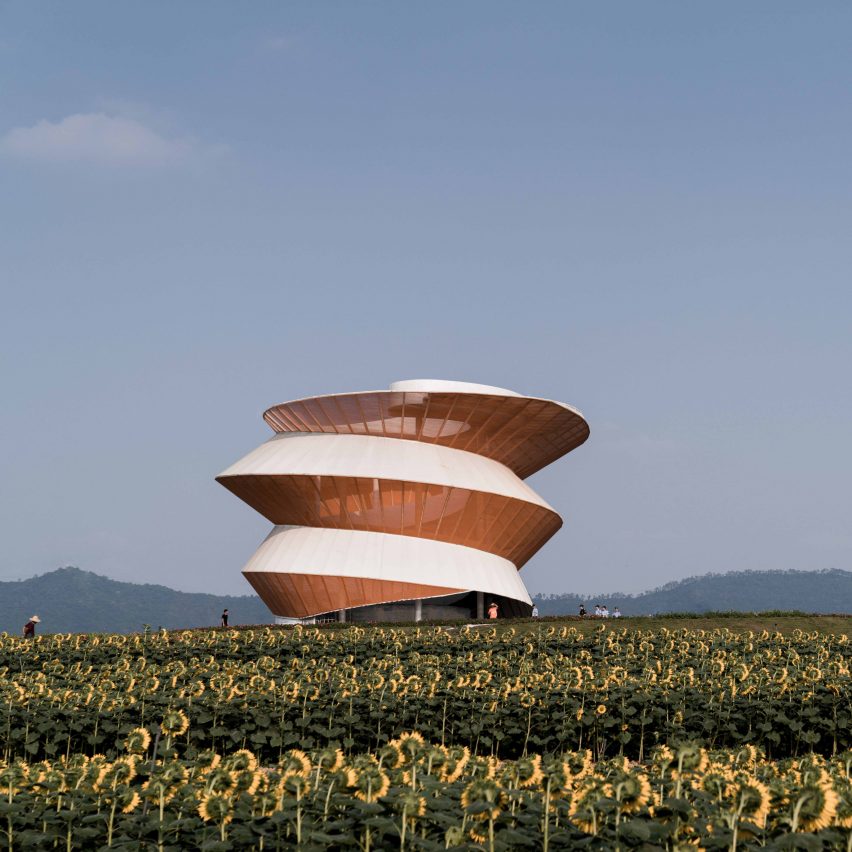 A spiral staircase twists 810 degrees to form a viewpoint  designed by architecture studio Doarchi to look out over the mountains close to Shenzhen .

Called Tower of Spiral, the stairs wrap around a small pool used for irrigation for nearby fields. 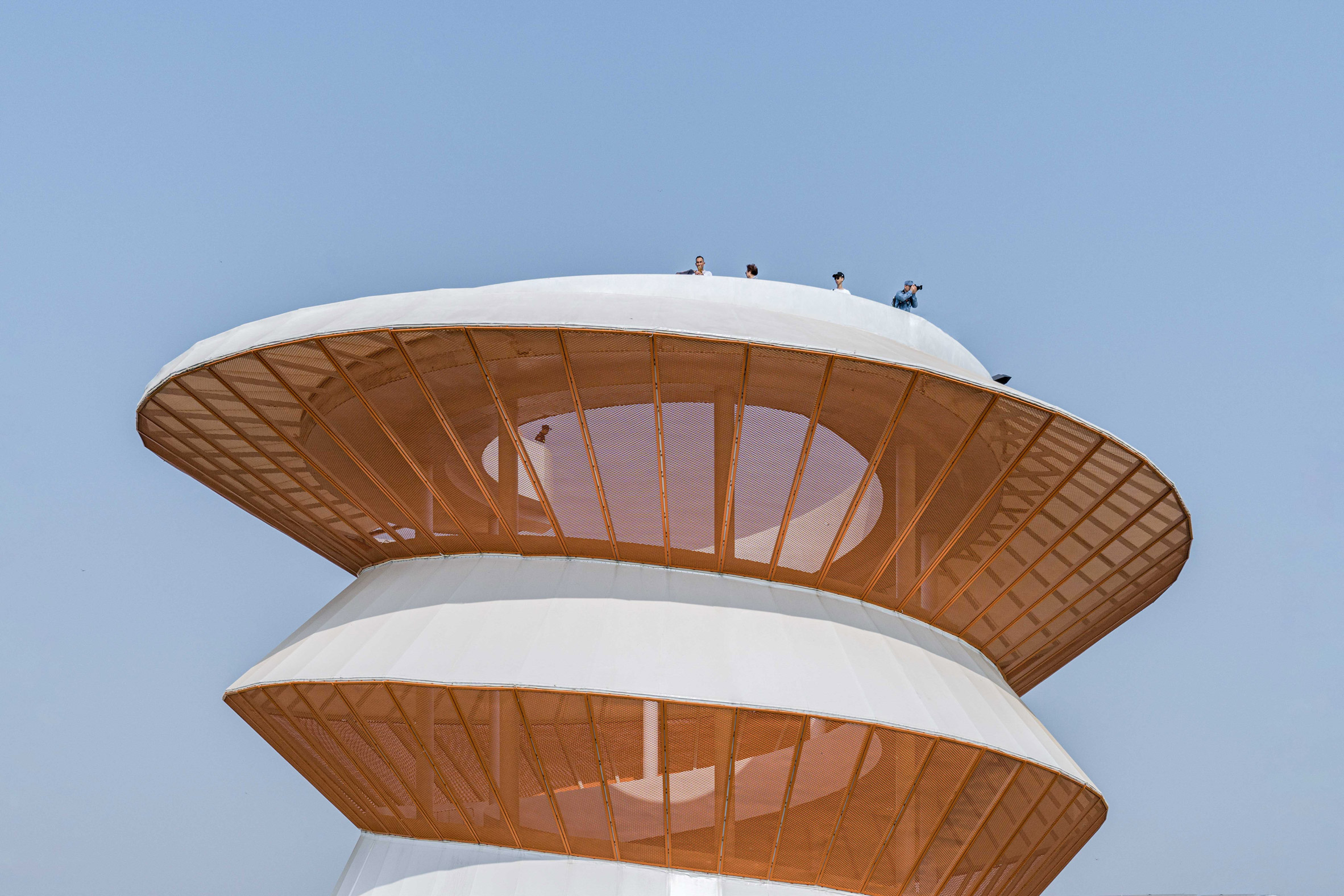 Surrounded by grass, sunflower fields and the mountains in the distance, the base of the tower is accessed via a winding paved path.

Visitors can ascend 15 metres via a twisting set of shallow steps, ending in a lookout point surrounded by a low parapet. 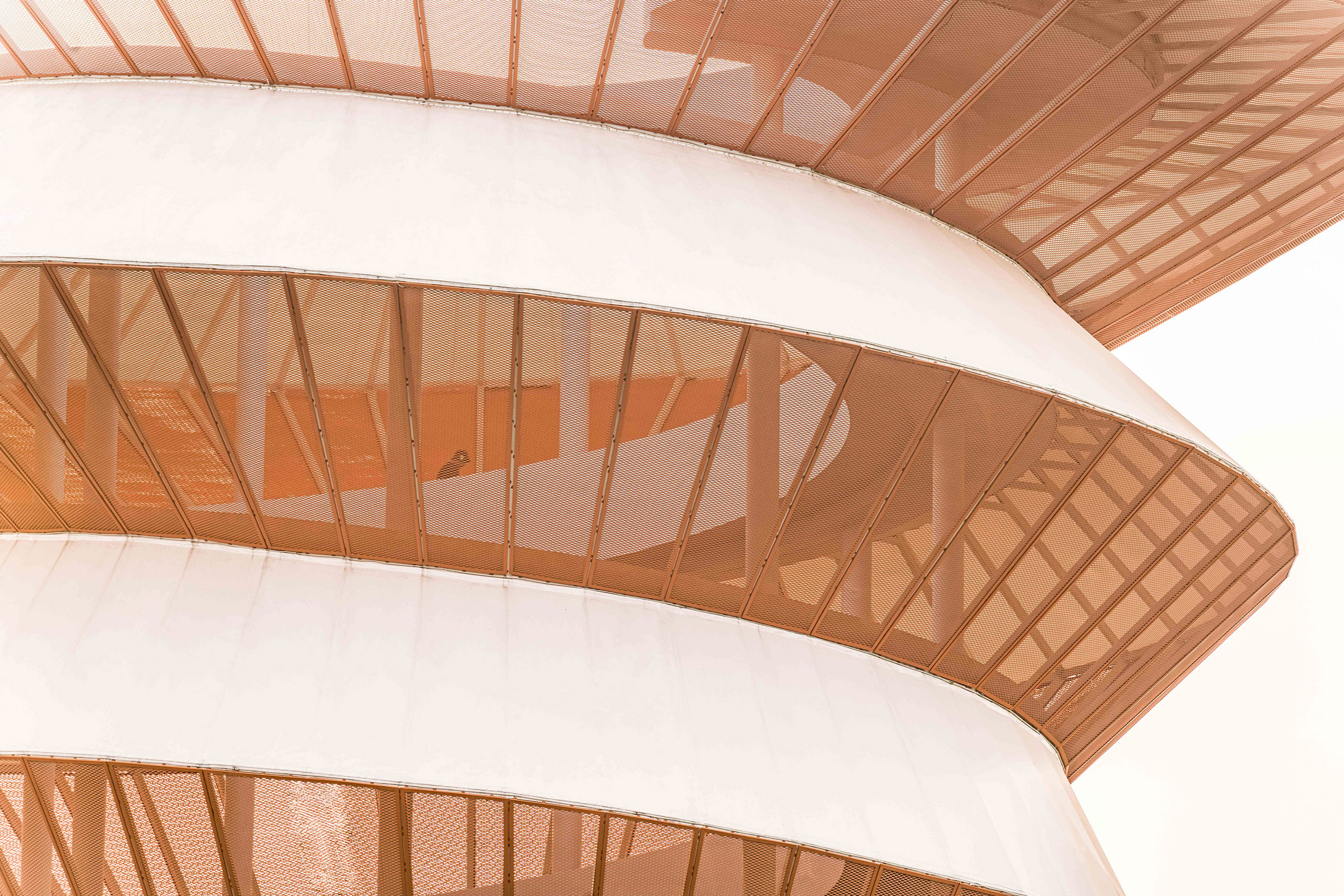 Tower of Spiral’s core is formed by the spiral steps that twist 810 degrees, supported by steel columns,

Doarchi encased the structure in a concertina-like steel shell, the upper sections covered with PTFE film and the lower with tensioned metal mesh. 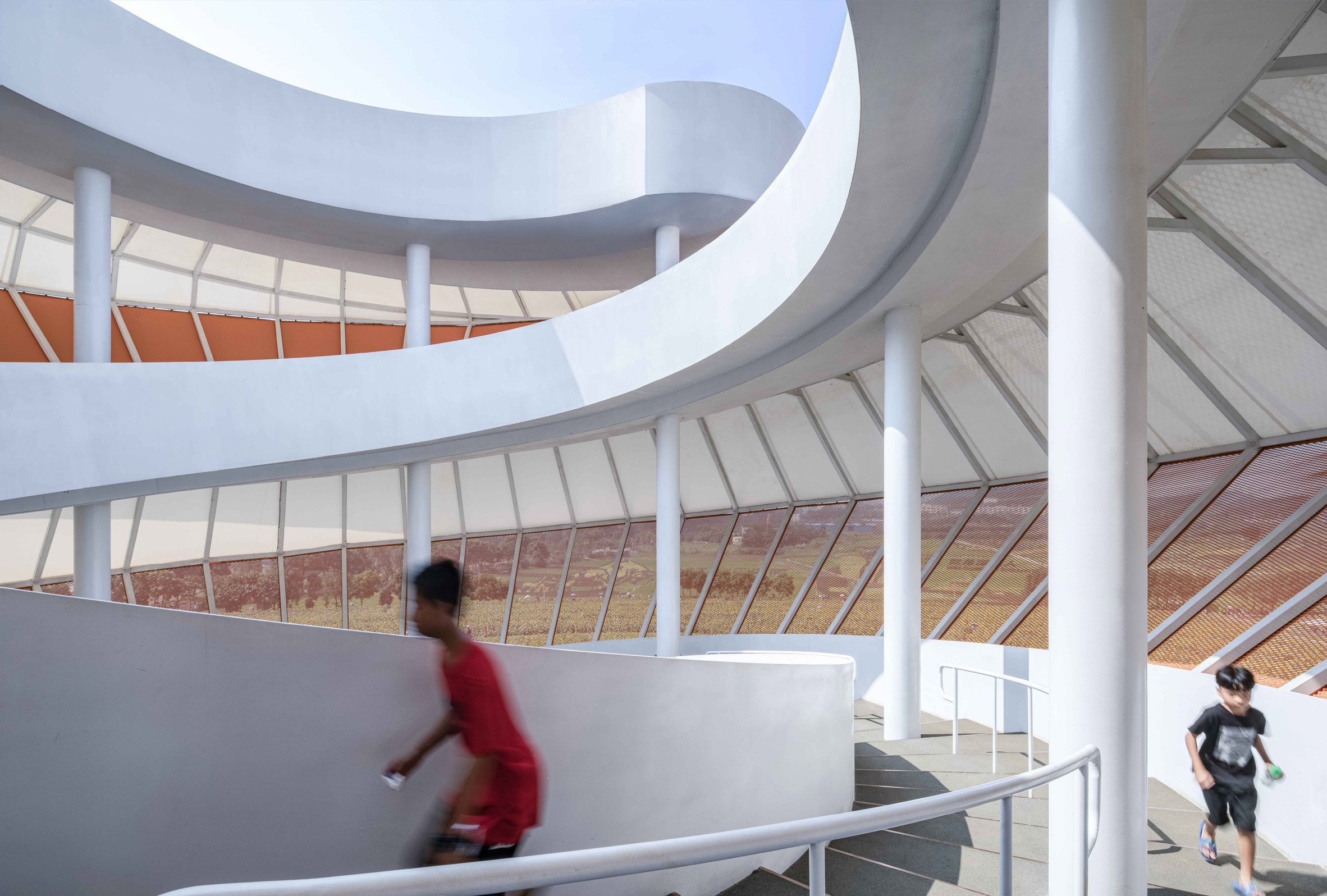 As visitors move up this ramp, they are provided with a variety of lines-of-sight out across the surrounding landscape.

These views are visible through the metal mesh that lines the lower portion of the spiral’s form. 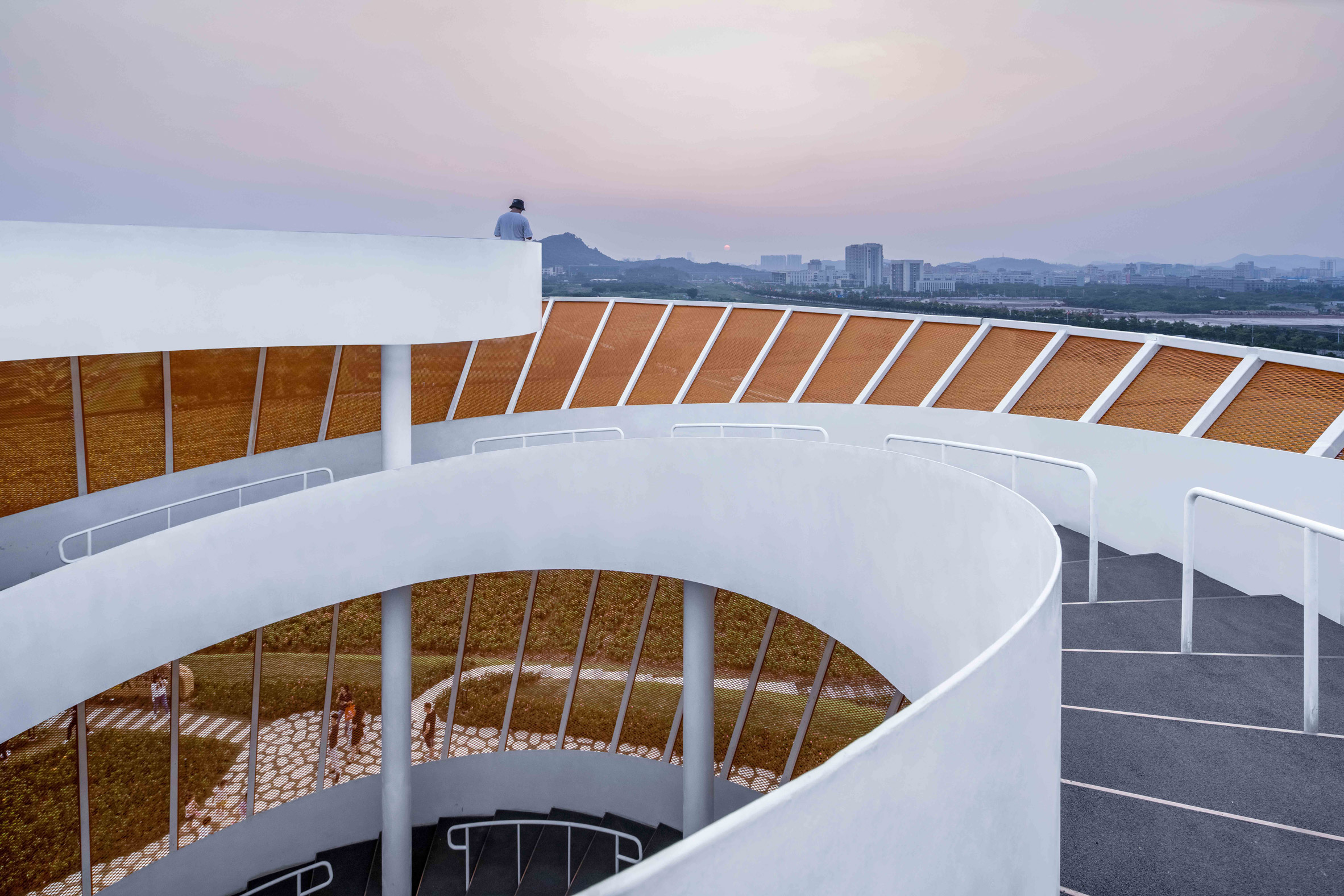 The top of the tower has been left open to the elements, allowing light and rain to enter down past the staircase and into the pool area.

Looking inwards gives a view down to this irrigation pool, which reflects both the sky above as well as the forms of visitors moving up the ramp. 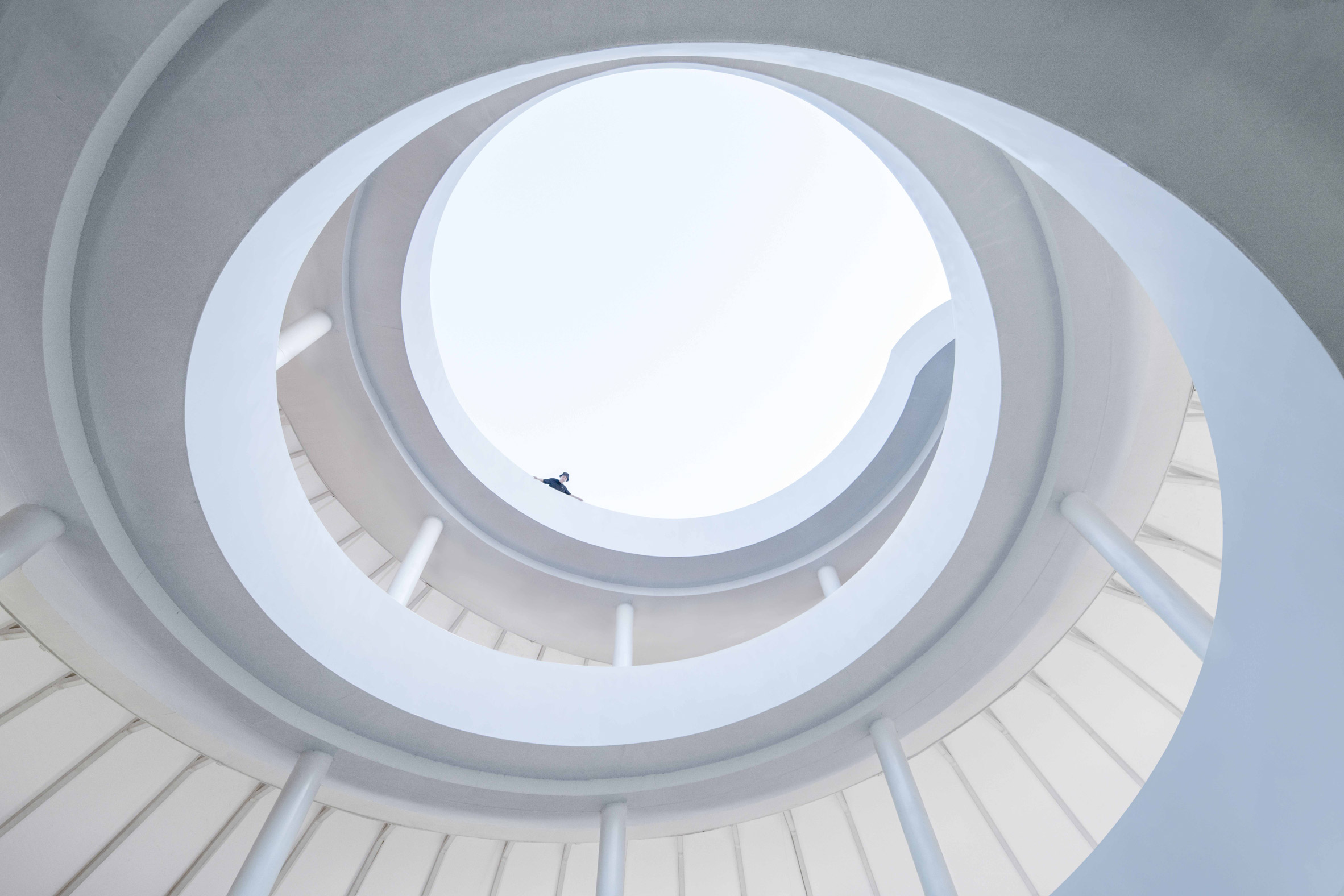 White stone has been used to create a heavy base for the tower, in contrast to the the light-weight frame of the stair’s shell.

Around the edge of the spiral, LED strip lights have been fitted. 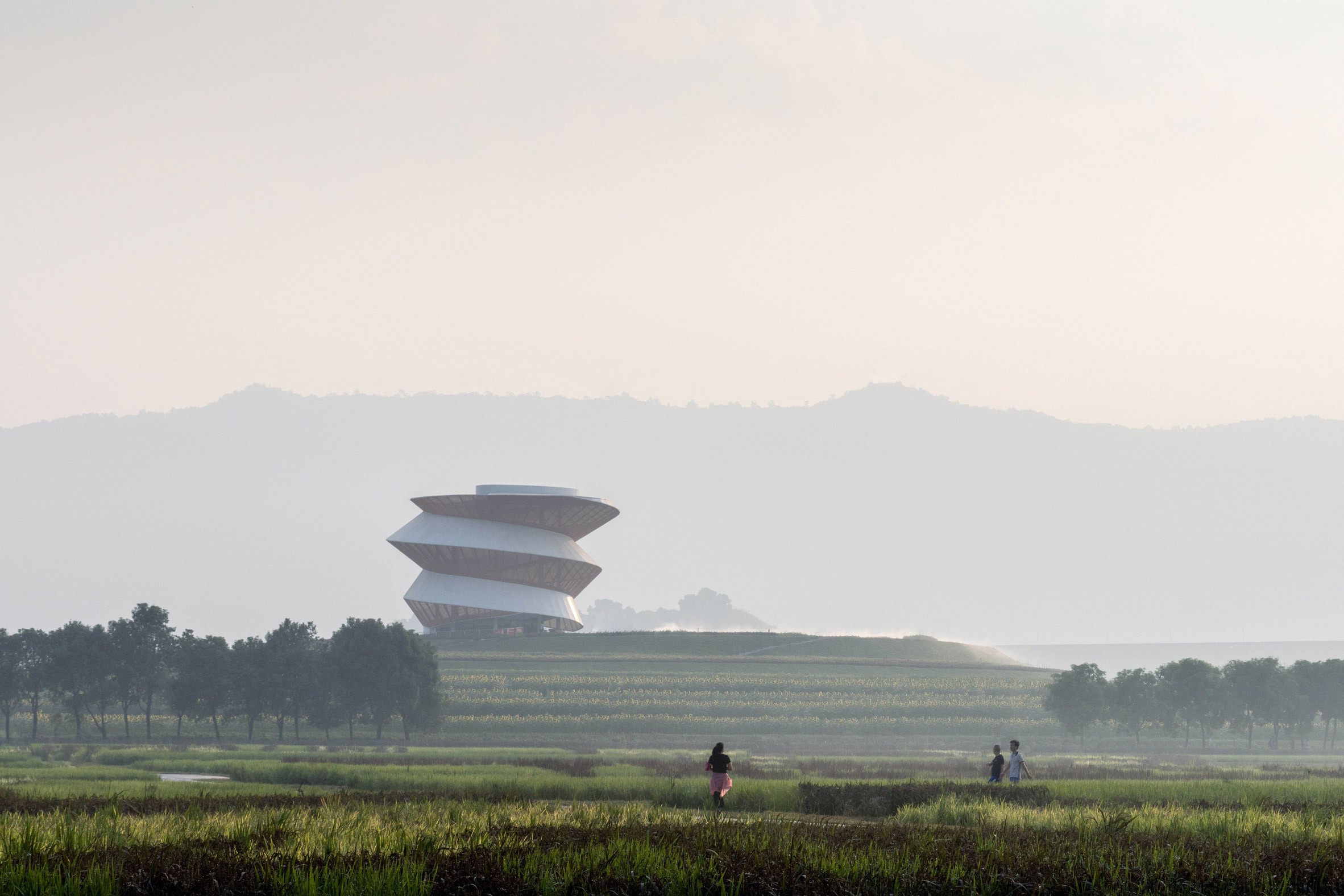 Due to the translucent nature of the tower’s coating, this creates a lantern-like effect at night.

“We need a natural place to clear up the melancholy mood in busy urban life,” said the practice.

“We have created a straightforward and simple ascending space, so that people can observe and feel nature in different latitudes. Tourists, the tower and the earth are integrated here.” 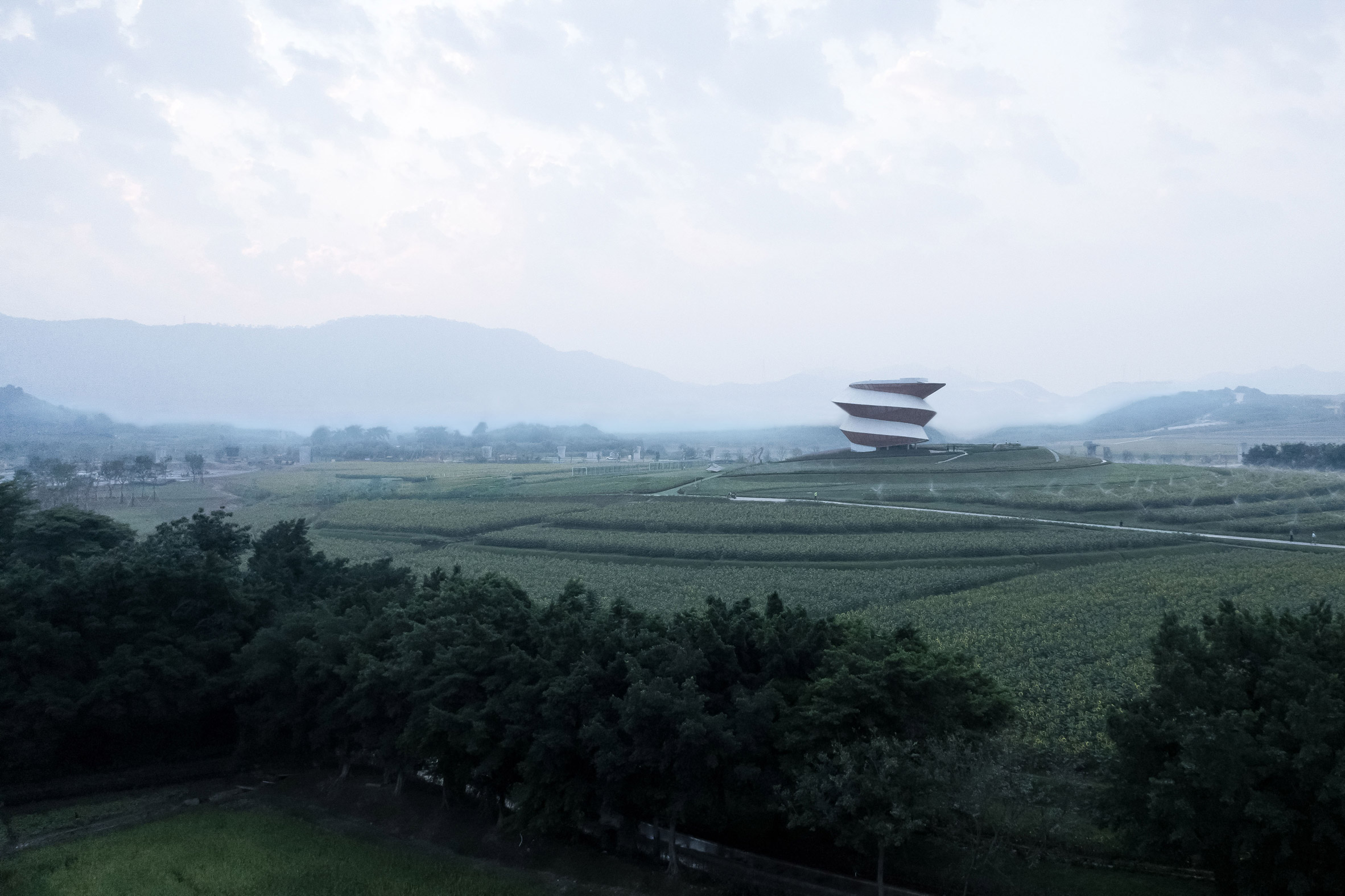 Lookout towers have provided many firms with the opportunity to experiment with form and material.

In Scotland, Icosis Architects also used a spiral stair to create an observation point for stargazing , and in a vineyard in Tasmania Cumulus Studio arranged a series of shipping containers into a lookout tower .

Photos are by Schran .

The post Spiral lookout tower gives views of the mountains in Shenzhen appeared first on Dezeen .