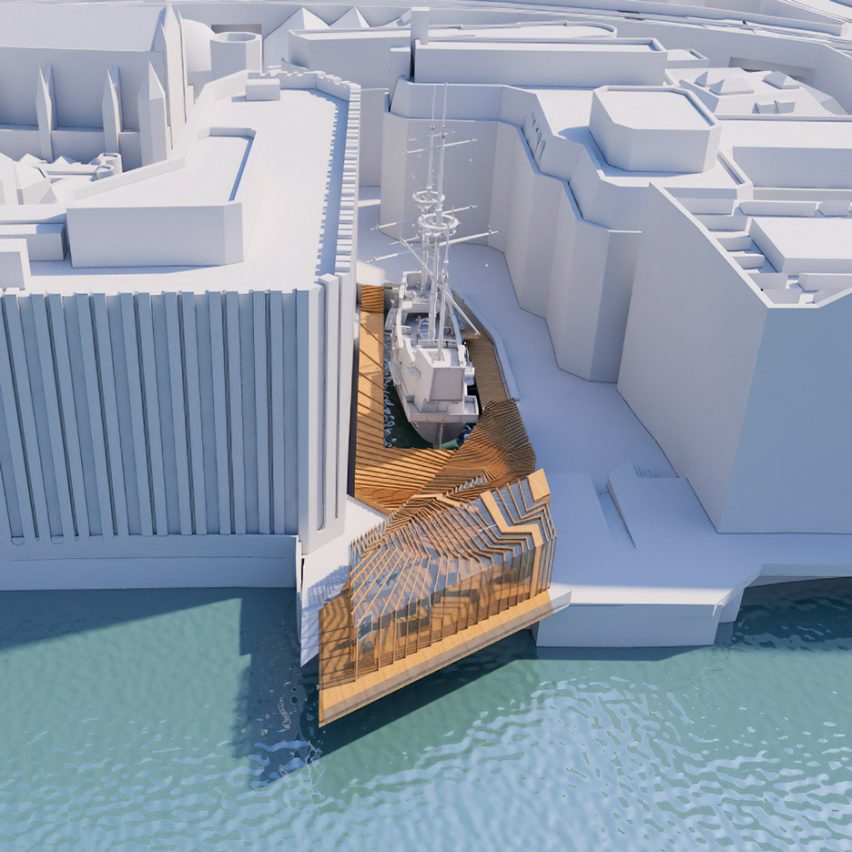 SPPARC has unveiled its designs for a museum surrounding the Golden Hinde – a full-size replica of the of Francis Drake’s Golden Hind galleon.

The museum, located in St Mary Overie Dock in London, will be partially cantilevered over the River Thames. It will allow visitors to see more of the famous working-replica of the 16th-century sailing galleon, which is currently undergoing refurbishment. 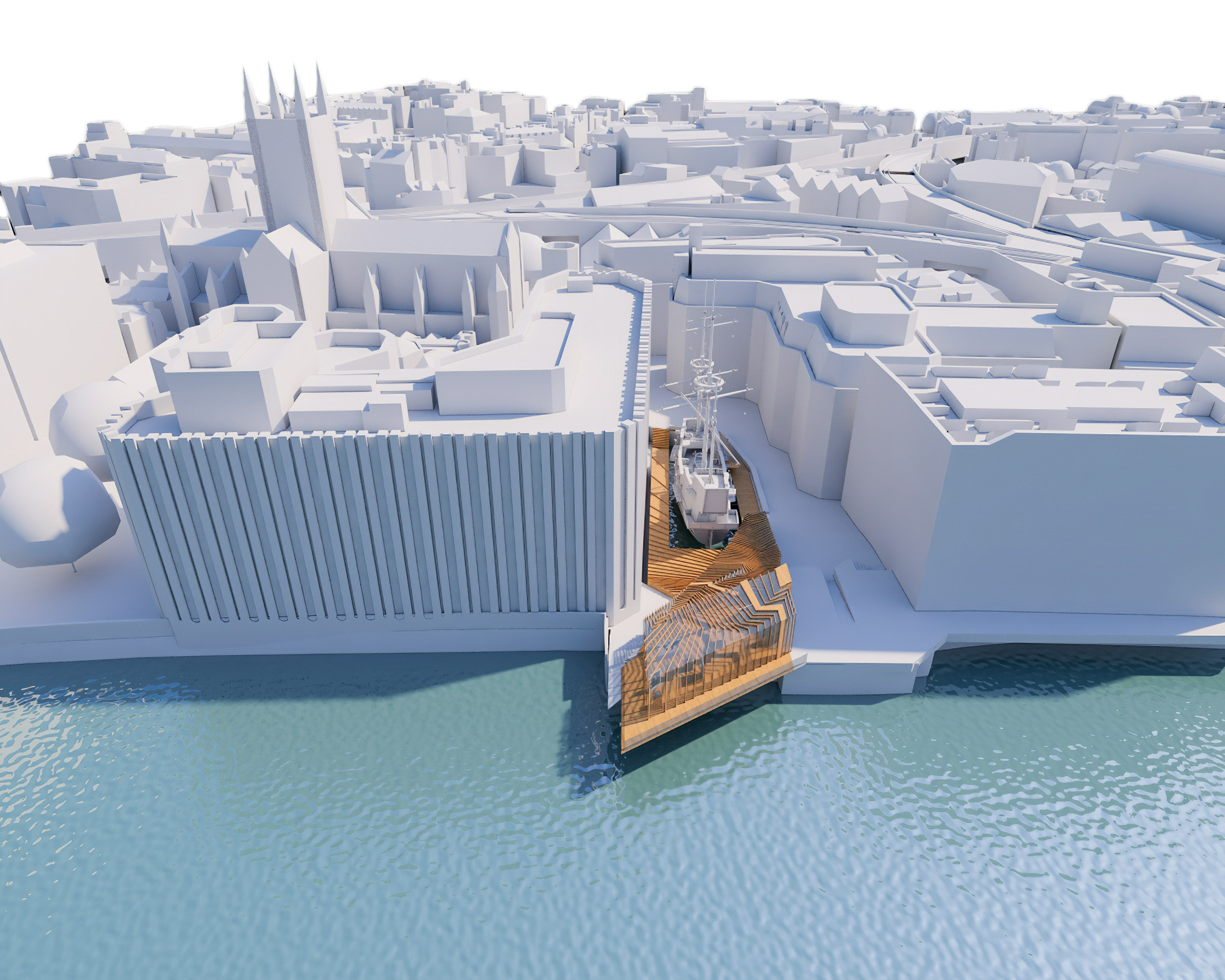 SPPARC‘s design intends to echo the structure and craft of the original ship, in which Francis Drake became the first Englishman to sail around the world.

“The brief for the new Golden Hinde visitor centre called for a unique design that learnt from the skilled craftsmanship and innovative nautical engineering of this iconic ship,” explained Trevor Morriss, principal of the London-based studio.

“The concept was derived through the desire to reflect this history of The Golden Hinde and Sir Frances Drake in a contemporary visitor centre.” 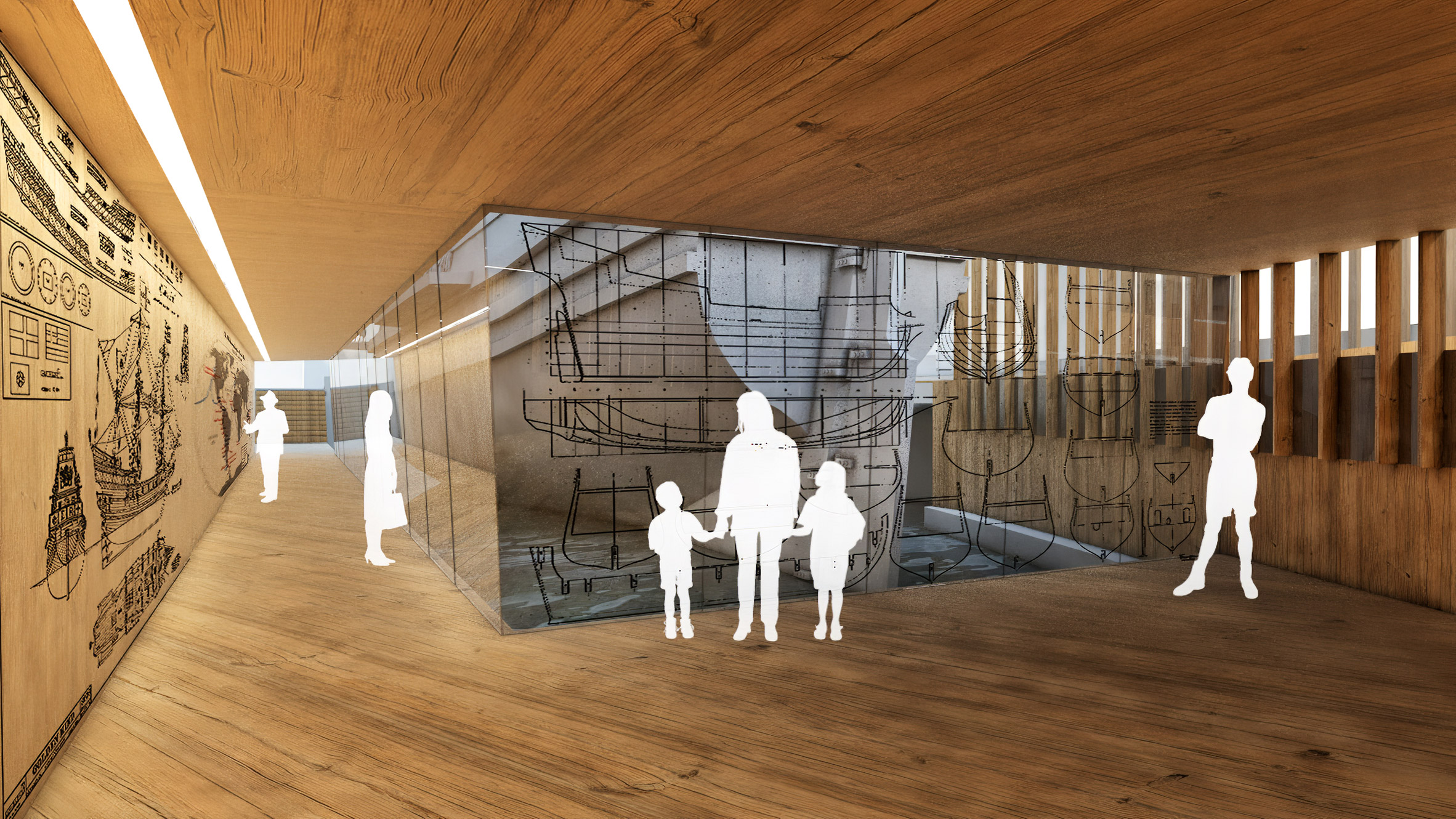 The Golden Hind’s replica, named Golden Hinde, was first launched in 1973. After sailing over 140,000 miles, it was moored at its current site in St Mary Overie Dock in 1996.

SPPARC’s proposal for the Golden Hinde museum imagines a 1,125 square metre building split over two levels, linked to a covered walkway that wraps around the ship.

It will be constructed from slats of the same solid English oak used for the refurbishment of the gallion, and lined with glass. 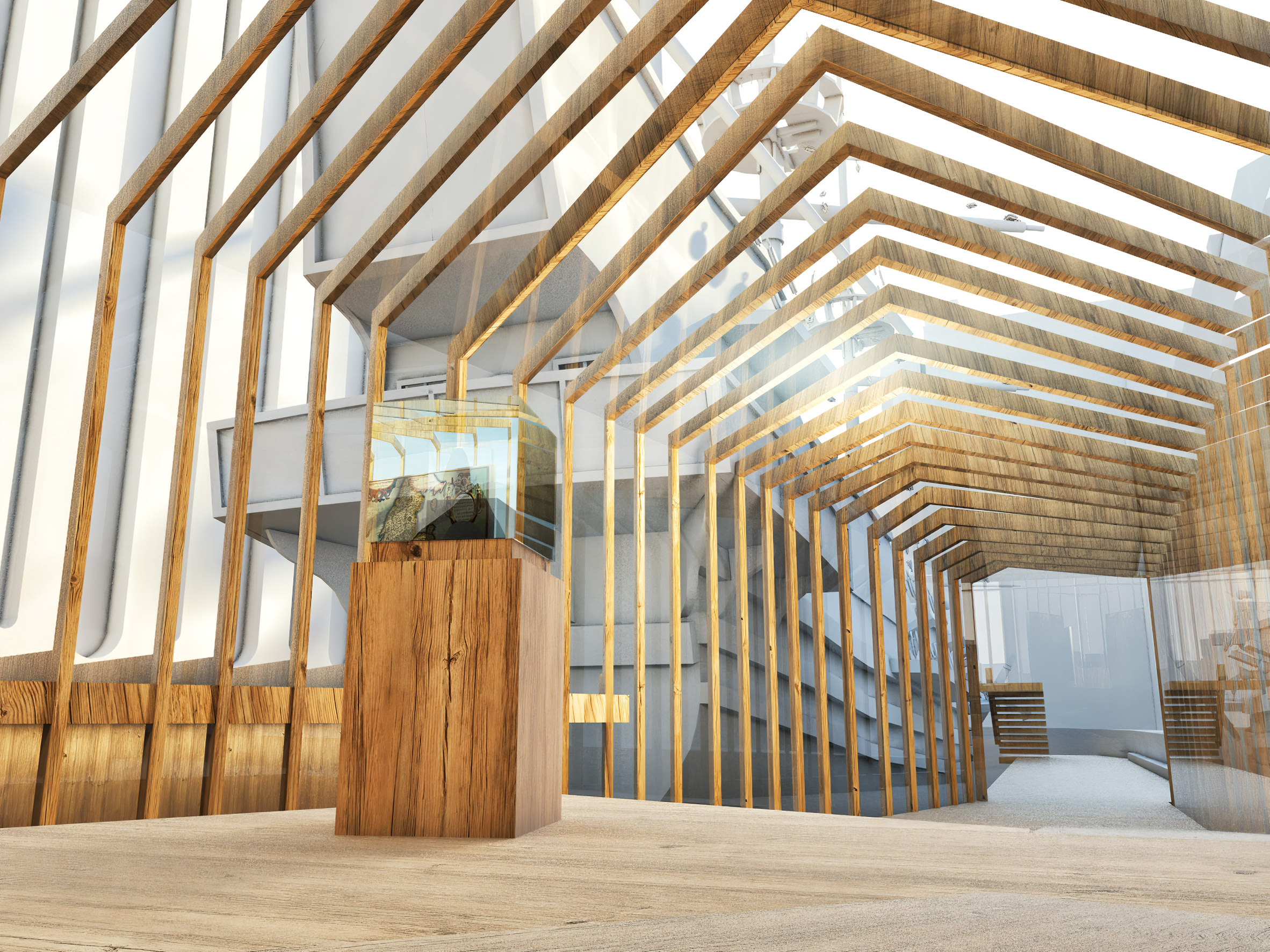 The upper level will comprise the entrance and ticket hall, which leads into an exhibition space as well as an education space that cantilever over the river.

It will step down into a lower level, which will host more exhibition spaces showcasing a number of artefacts relating to the explorer.

These exhibition spaces will also provide access to a the covered walkway with viewing galleries to the ship, which allow visitors to see it from all angles. 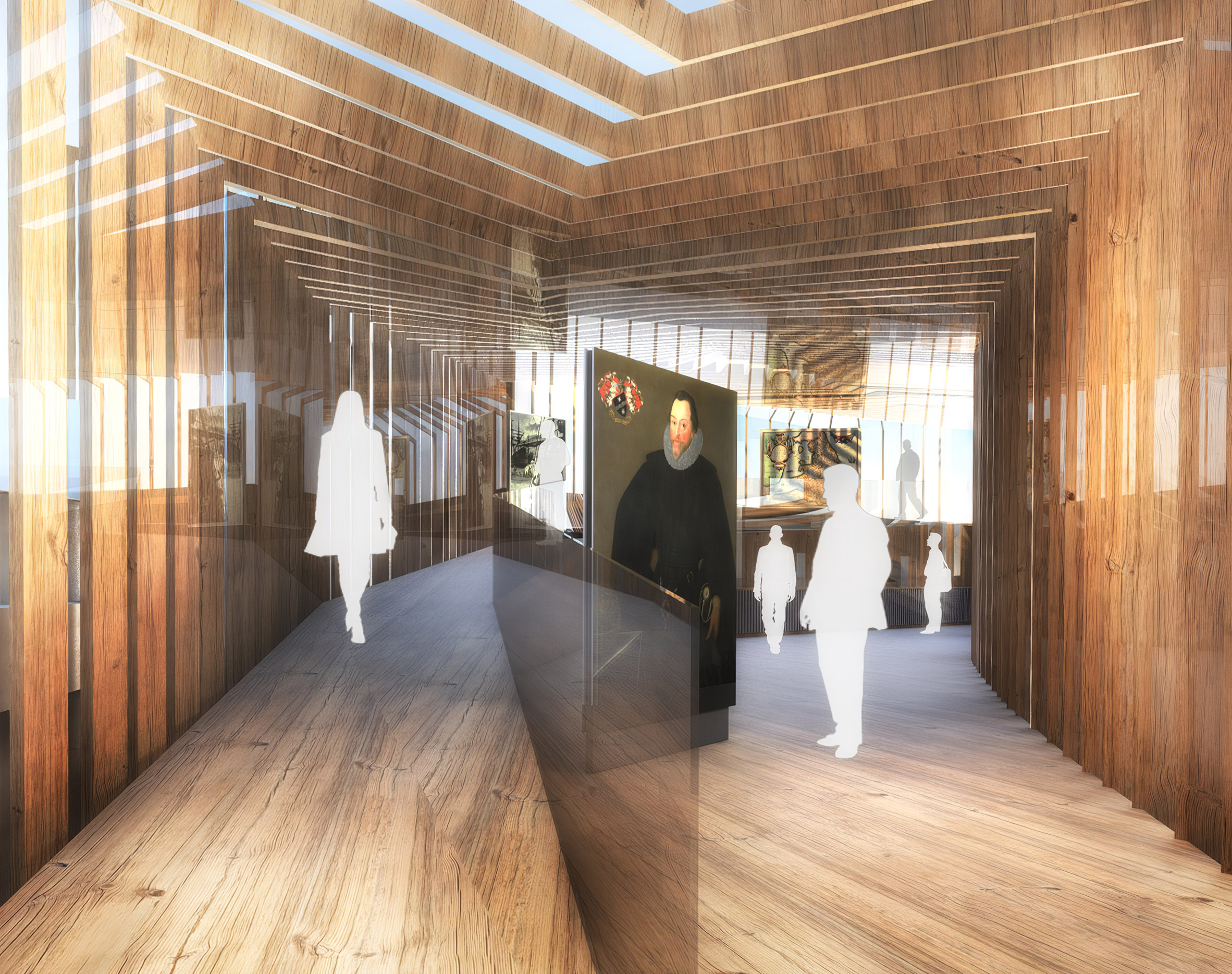 SPPARC hopes that the Golden Hinde museum will also open up new views of the River Thames, and meet the Port of London Authority’s 2035 Thames Vision to bring “community and culture” to its banks.

“Visitors will now be able to view a number of key locations along the river that have connections to Drake, including Drakes home near Cannon Street and where the original Golden Hinde was moored near Custom House,” added the architecture studio.

SPPARC’s proposal for the museum and visitor centre is expected to be submitted for planning later this year.