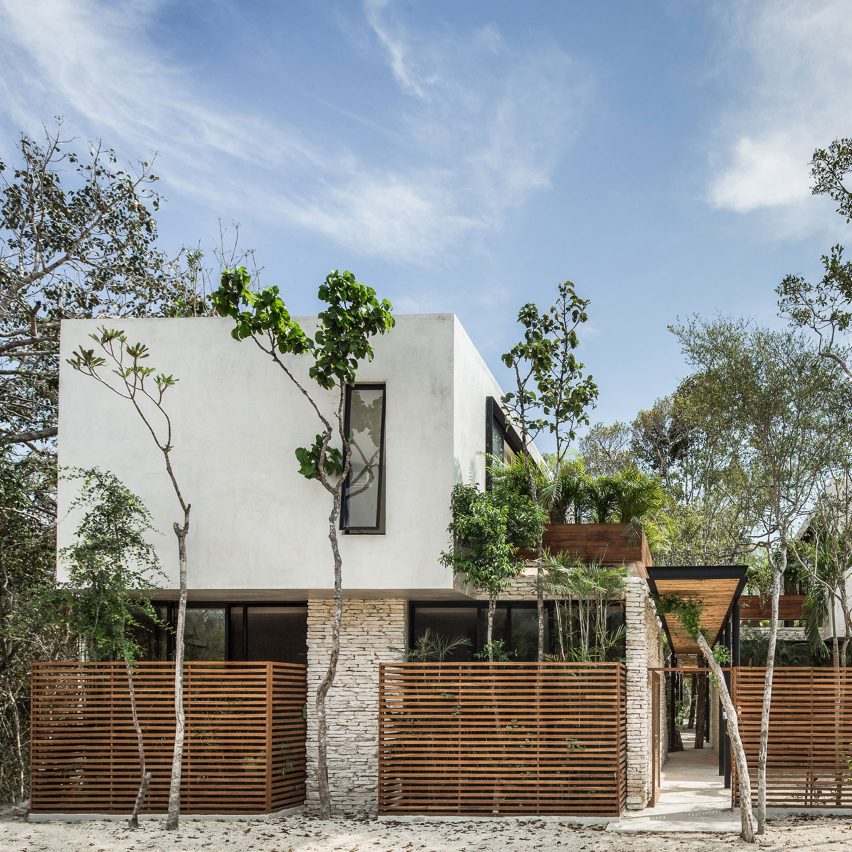 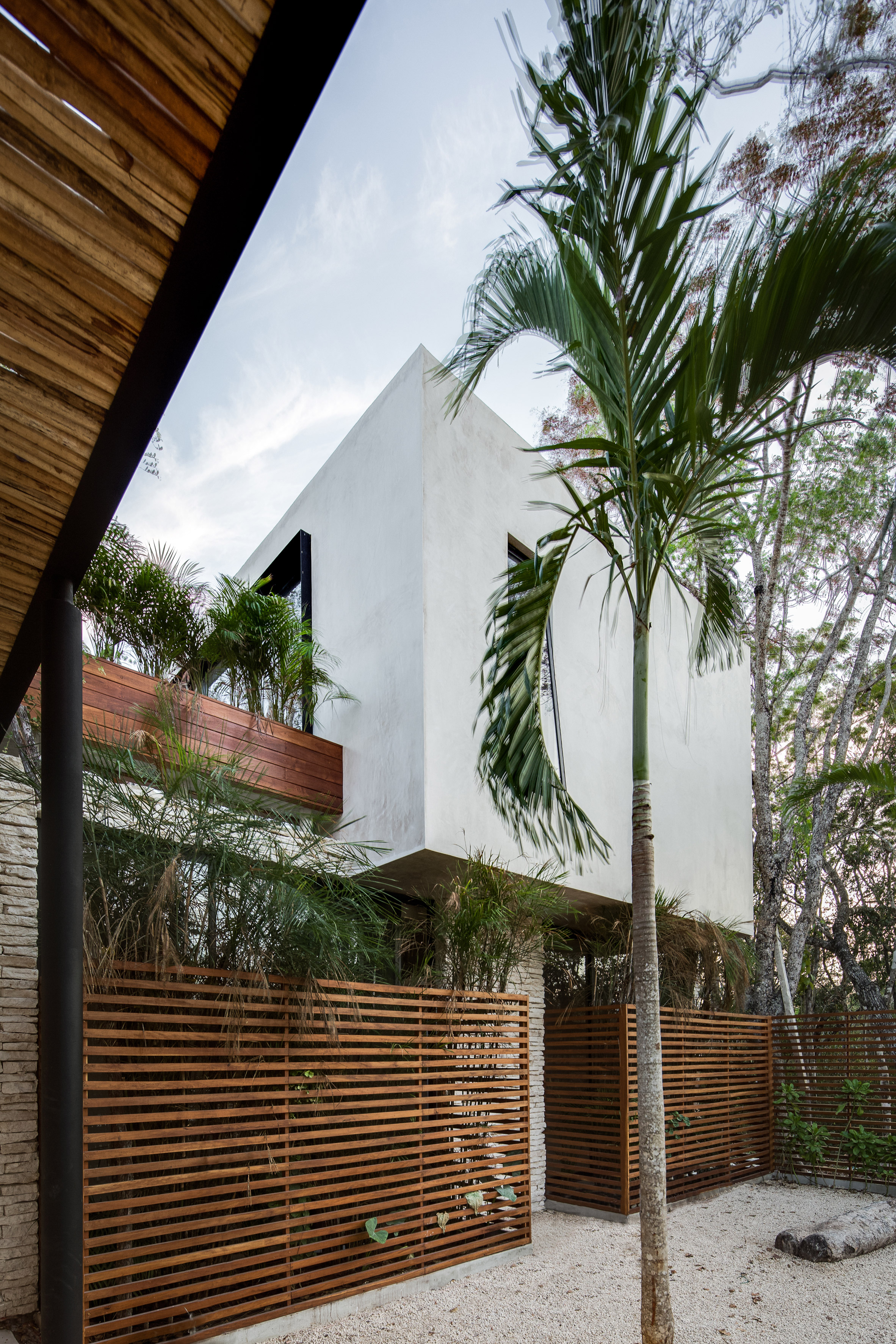 Dismayed by the disproportionate focus on holiday housing by real estate developers, principal architect Eduardo Garcia Figueroa imagined Aldea Ka’a “with a design equal to any other aimed for tourists”.

The 873-square-metre complex comprises four buildings with two apartments in each. A covered walkway runs the longitudinal axis of the building, connecting twin shared courtyards designed to aid air circulation. 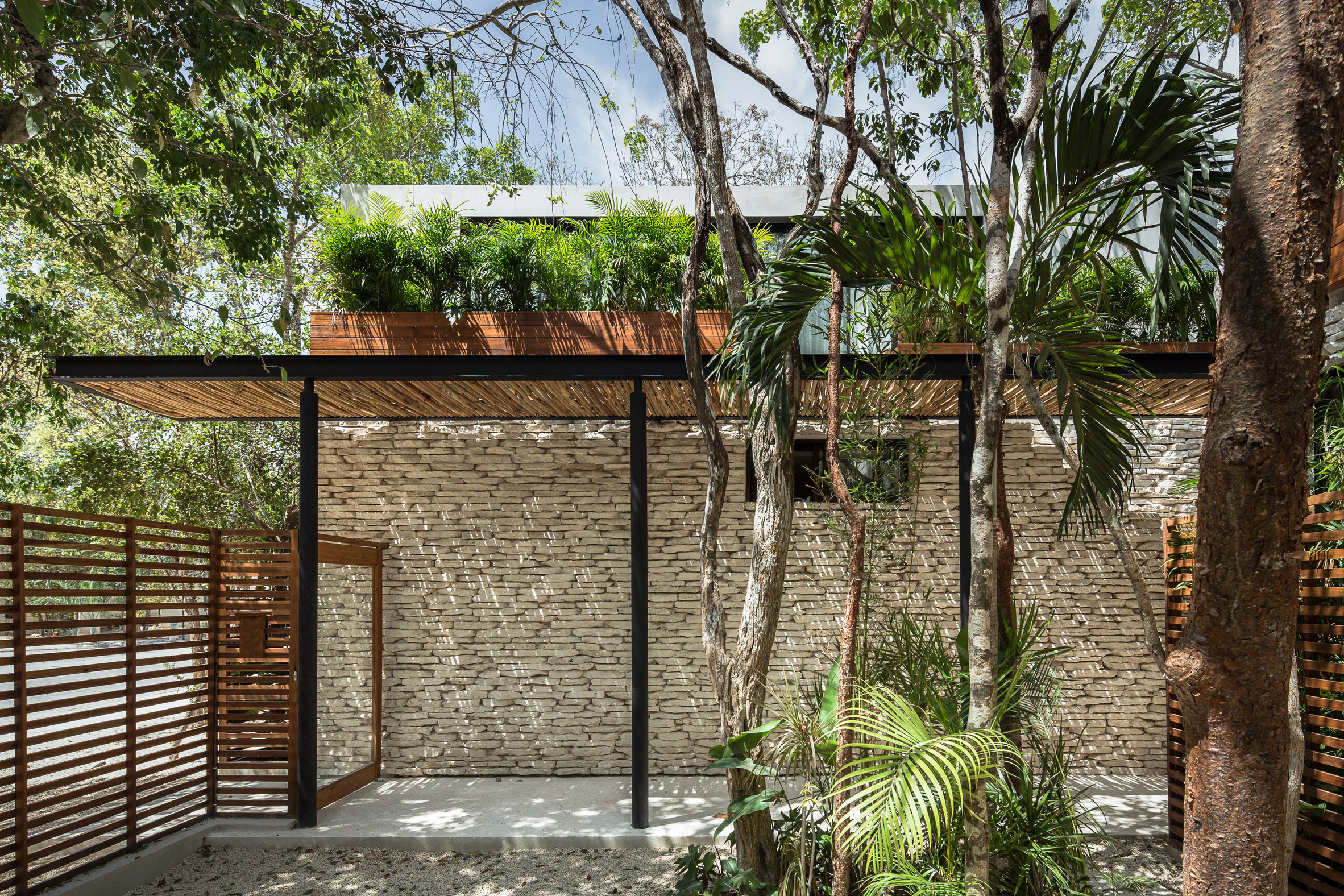 It forms part of a theme of pairs, prevalent throughout the Aldea Ka’a project.

“‘Ka’a is the Mayan word for the number two, which is a recurring number in this project: the main pergola splits the project in two and connects with two streets on the outside, the complex has two common areas and the buildings are duplexes,” Figueroa told Dezeen. 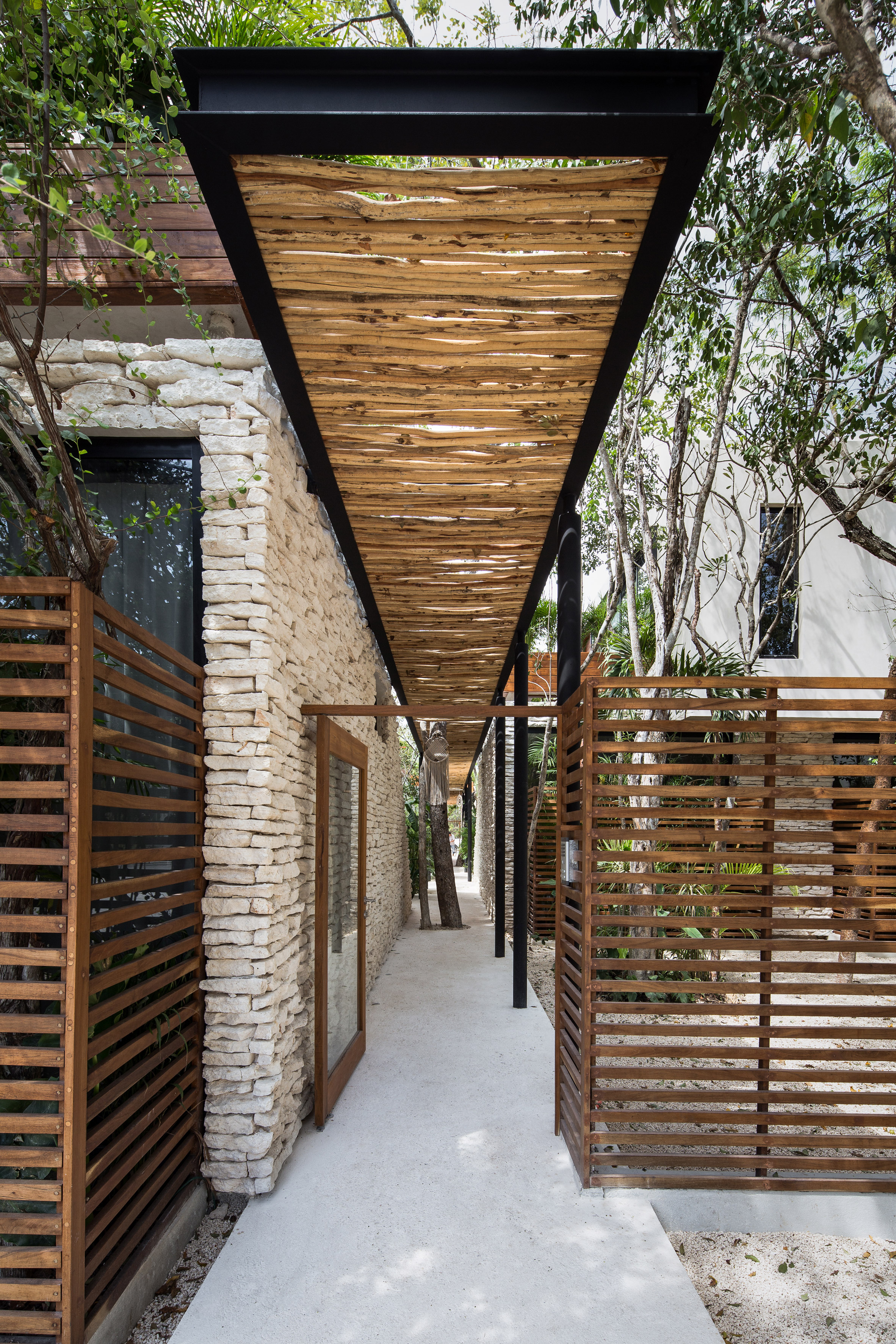 The open layout lets residents cohabitate in common areas and form their own aldea, or village.

Instead of solid barriers, endemic flora was planted to create privacy, but allow ample natural light. The studio also preserved as many existing trees on the plot as possible.

“We wanted to respect nature, so we placed the buildings in areas without trees,” Figueroa said.

“The path is a whole sensorial and receptive experience by being completely surrounded by plants of the region,” he continued. “Even the main hall is interrupted and embellished by two trees with a height of more than six metres.” 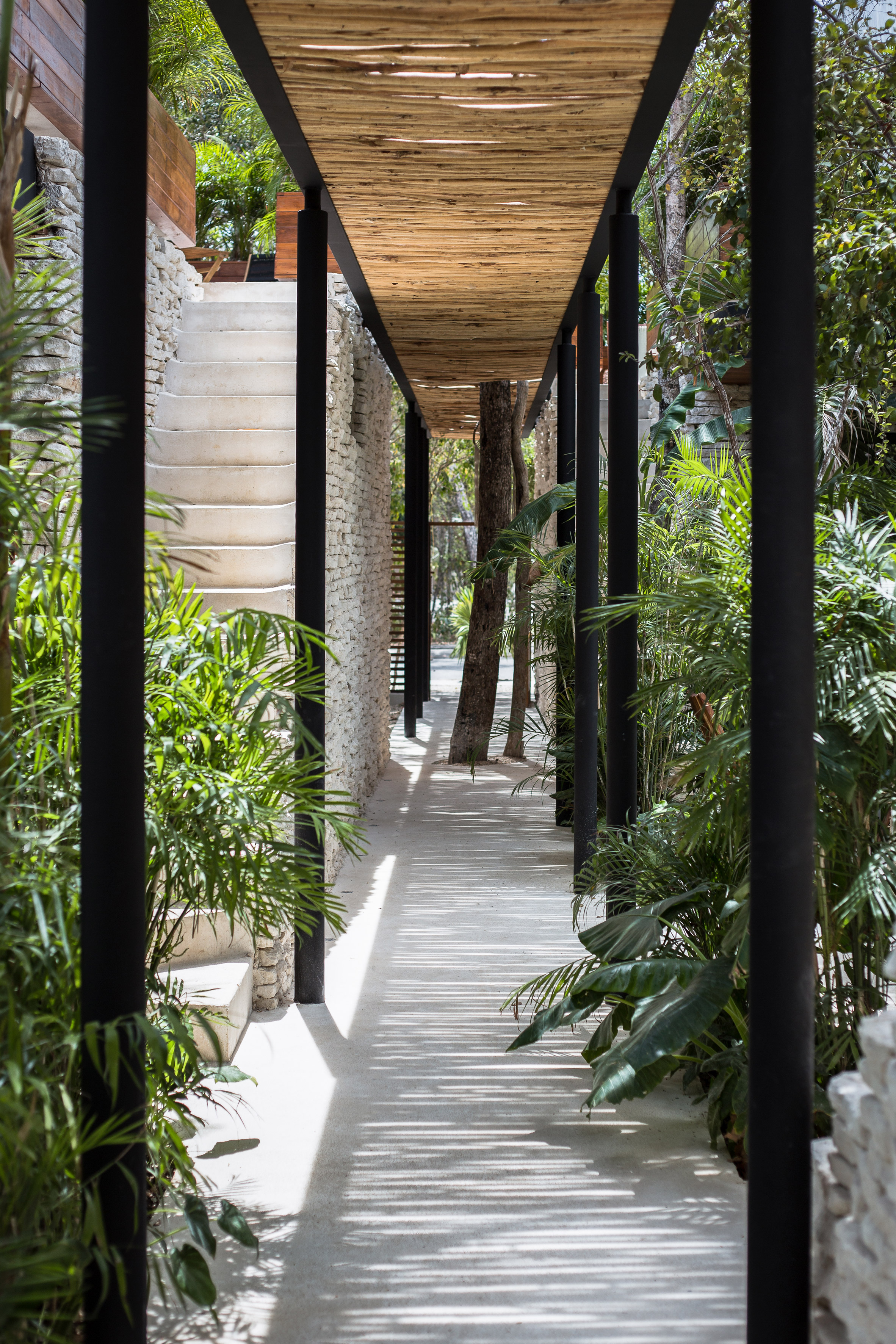 Aldea Ka’a boasts two outdoor swimming pools for its residents. “We had to move one of them by 2.5 metres because we didn’t want to harm the surrounding tree roots,” Figueroa said.

“This is why they are in two different environments: one is in a very sunny, open space and the other is fully covered by trees.” 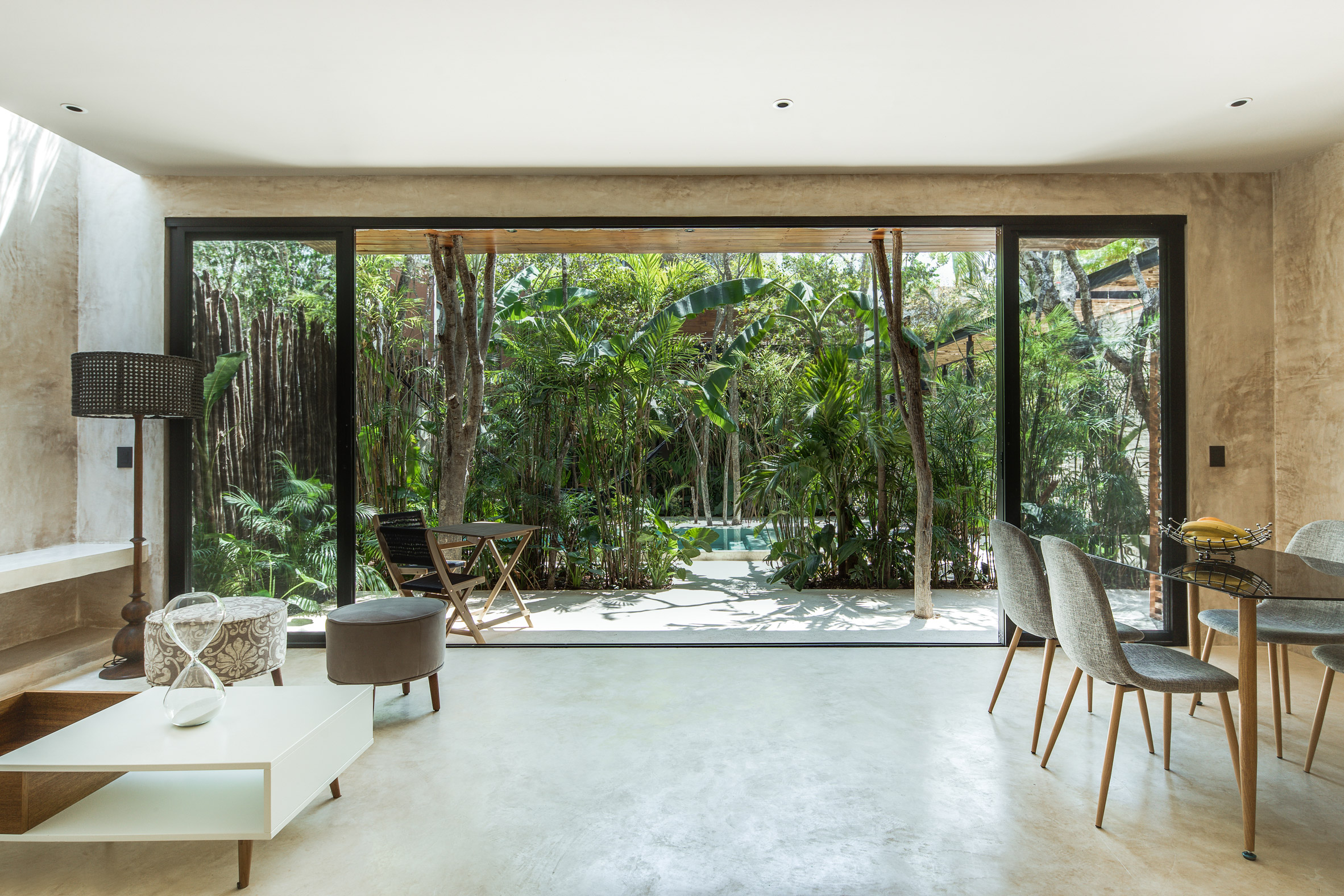 Almost all materials used in the construction were sourced from the region, including tzalam wood, steel and beams. Inside, the floors and walls are also covered in polished chukum – a finish made from tree resin and limestone – while the exterior wall is made of Mayan stone slab.

“We sliced and piled up each one lying down leaving the exposed edge,” said the architect. “As a result, we have a stone wall with edges that emphasise the shadows and textures.” 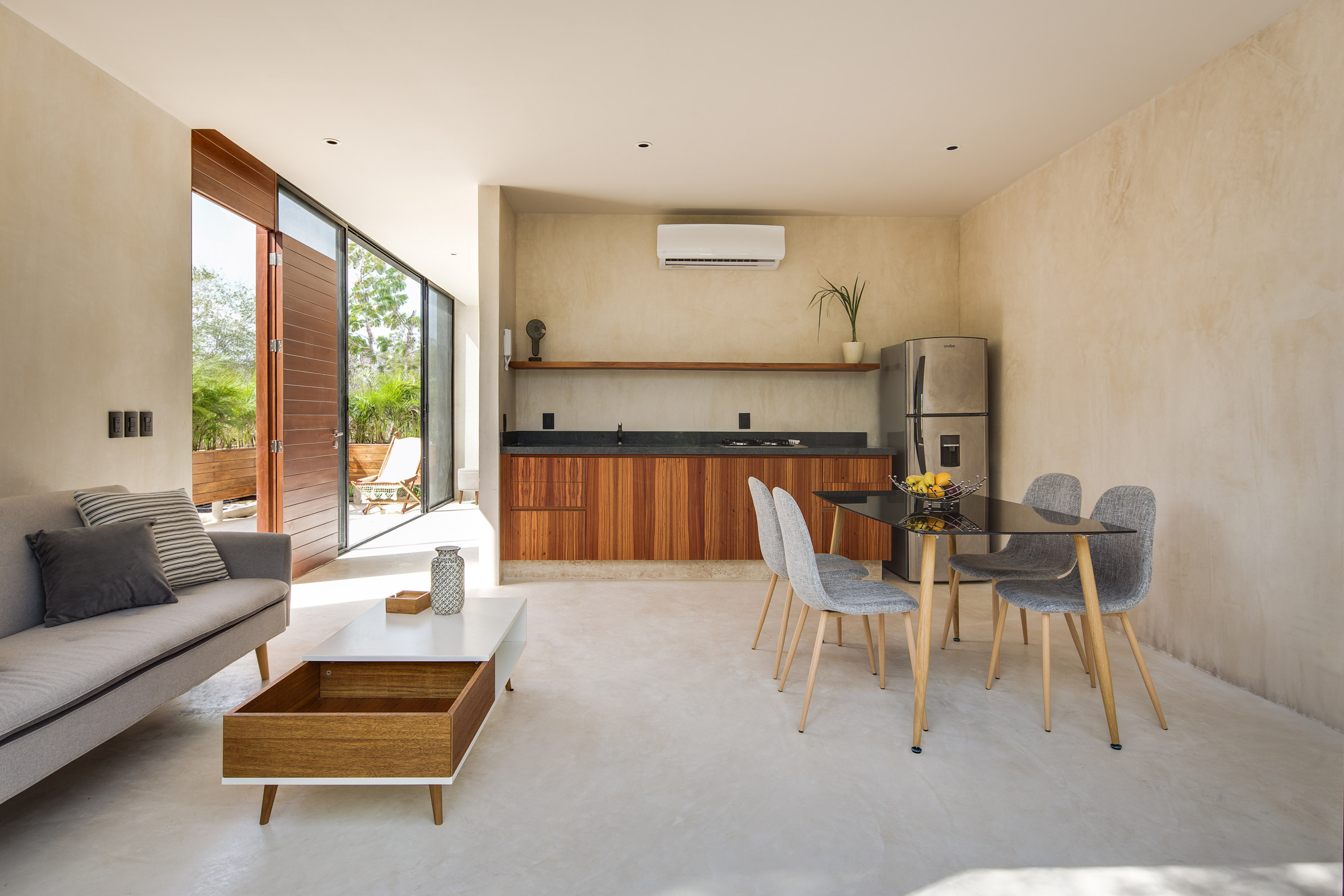 “This project was very well received by the community and the whole complex was occupied in less than 30 days.” he added.

Over the last decade Tulum has transformed from a tranquil fishing village into a lively tourist destination with Mexico’s largest population growth. 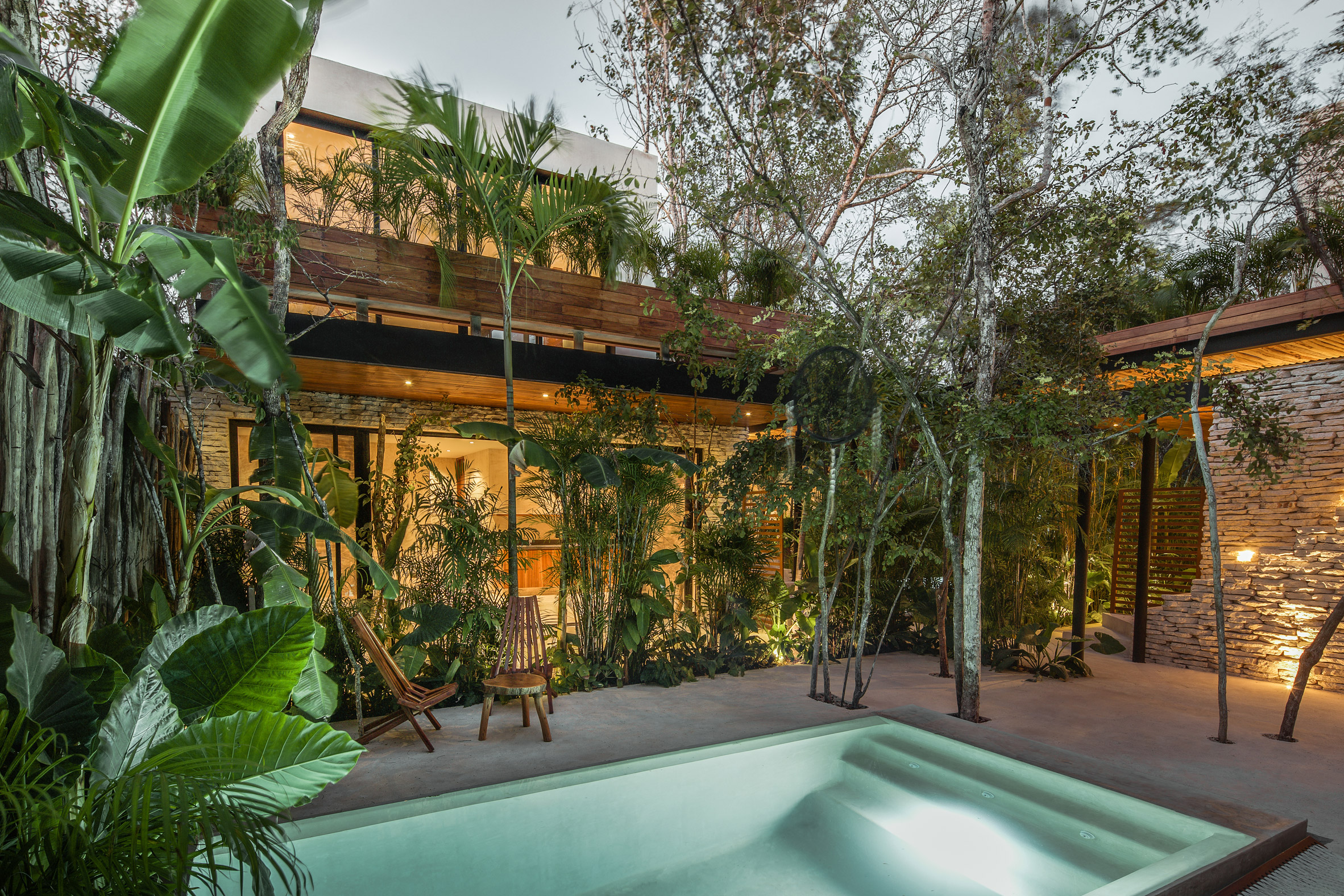 A number of design-focused accommodation options have opened up in response to its transition, including the Tulum Treehouse , which is surrounded by dense tropical foliage, and Keva hotel , composed of a “small village” of guest lodges.

Photography is by Pablo Garcia Figueroa.