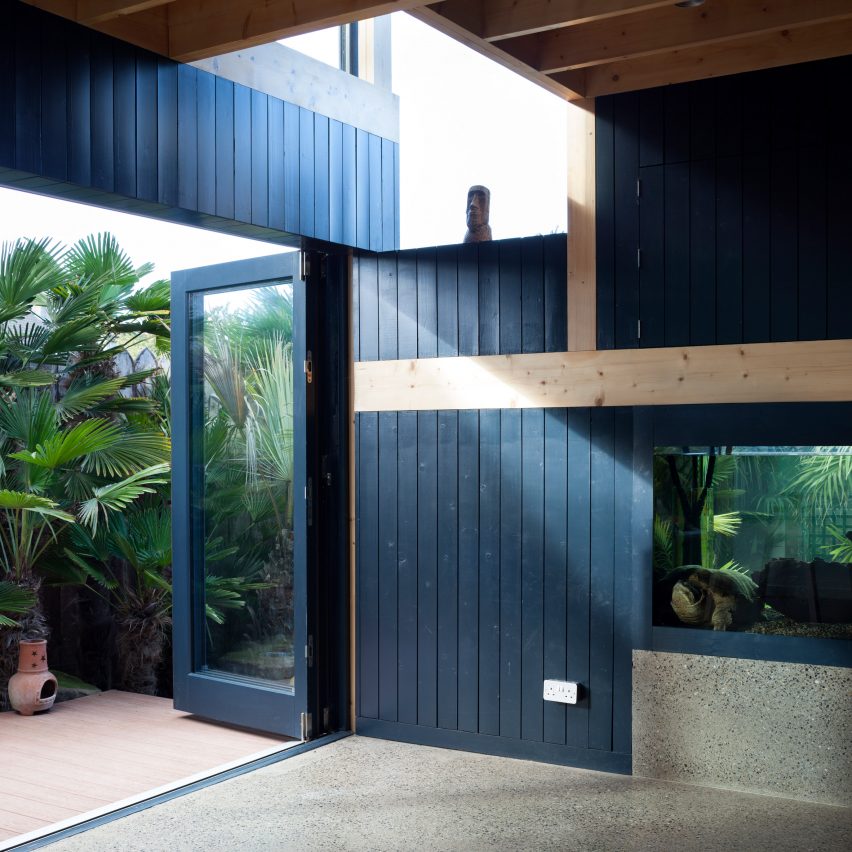 A snapping turtle tank provides a view through to a palm tree garden in an extension to a former council house in Dublin, designed by architecture studio TAKA.

Dublin-based TAKA, headed by architects Alice Casey and Cian Deegan, refurbished and extended the ex-council house in the suburb of Monkstown to create House in a Palm Garden. TAKA reconfigured the property to include a space for a large common snapping turtle, which was previously kept in a tank in a garden shed. The compact site included a north-facing rear garden that the owners wanted to use to house their collection of almost 30 species of rare palm trees.

“The challenge became how to incorporate these extraordinary things into what was a quite ordinary house,” said the architects, who designed a 22-square-metre extension to bring the house’s total floor area to 82 square metres. The two-storey House in a Palm Garden was reconfigured to accommodate three bedrooms, two bathrooms and a kitchen, with the living areas relocated to the new extension.

Immediately to the right of the front door is a refurbished kitchen featuring plywood units fronted with oak veneer. Wooden flooring unites the kitchen and a bedroom on the opposite side of the ground floor. 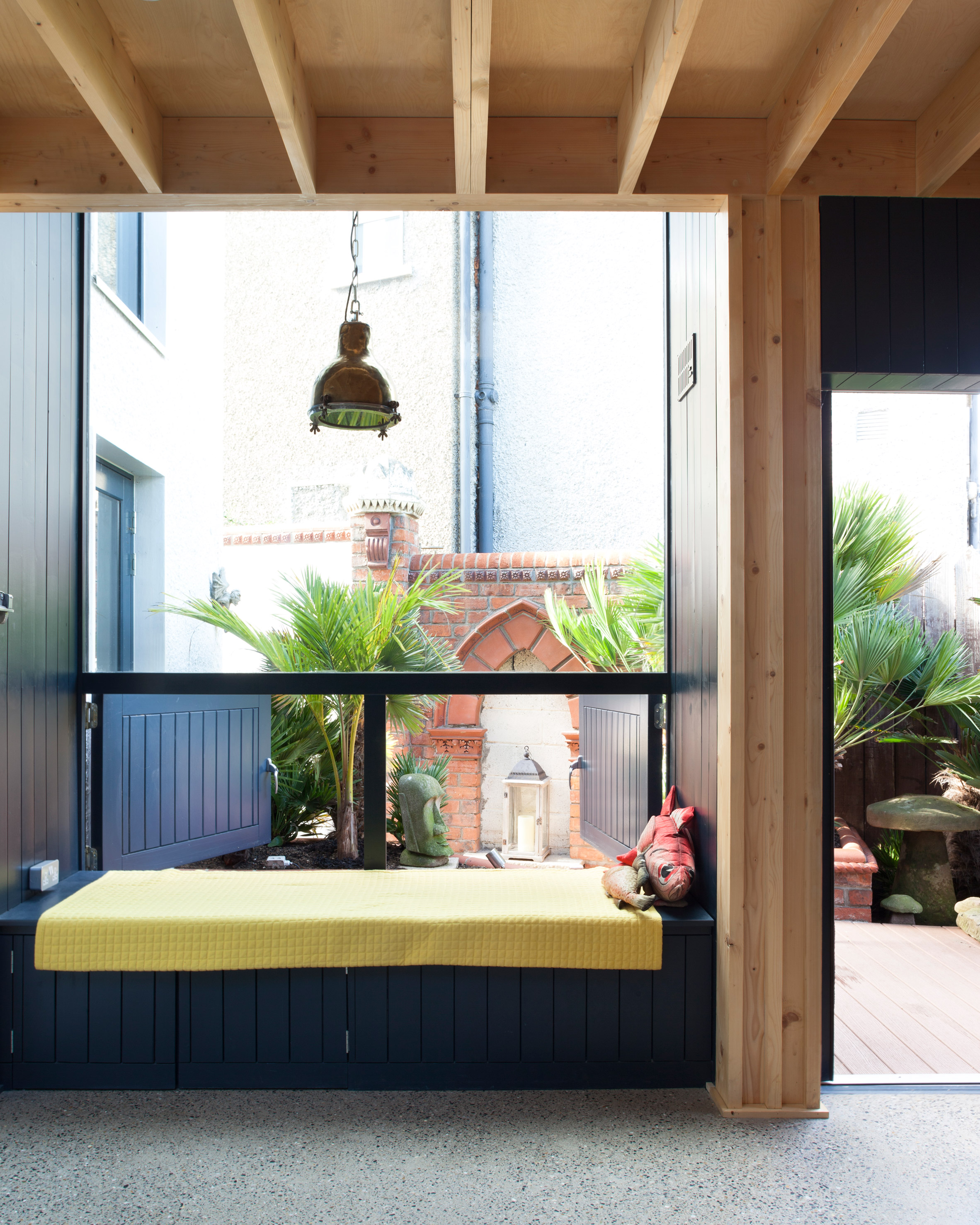 The kitchen provides a route through to the new living spaces housed in the extension, which culminates in a view through the turtle tank to the palm garden.

TAKA described the extension as a “viewing box” that was designed around the interior spaces and their relationships to these two key features. 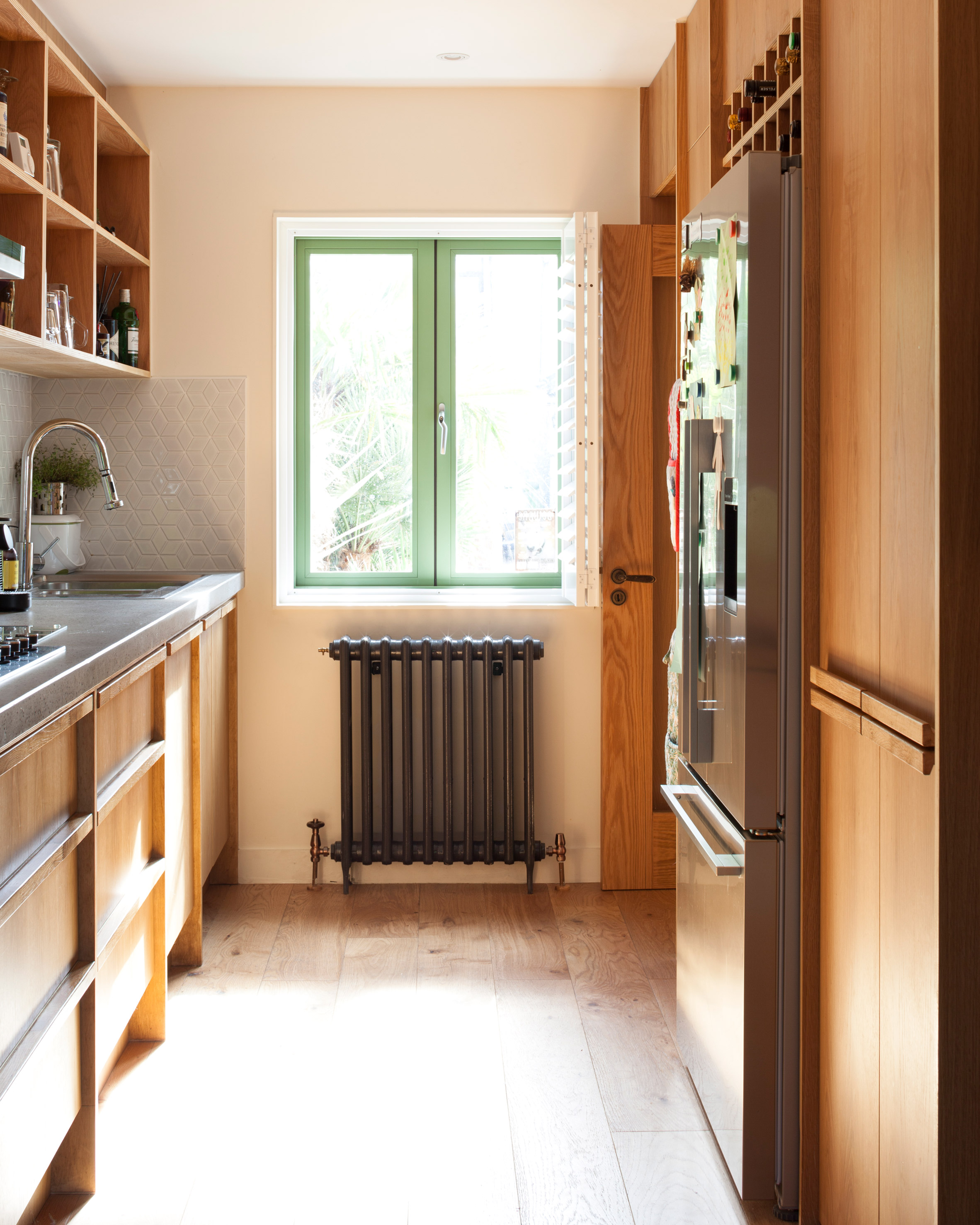 Openings incorporated into the timber-framed addition are positioned to frame specific views of the surroundings from a range of heights and angles.

Folding doors lining the space on one side can be opened to connect it with the garden. Shutters above a window bench next to these doors also swing outwards to allow fresh air to enter. House in a Palm Garden’s cladding is stained a dark shade of blue that was chosen to complement the greenery outside. The same material covers some of the internal surfaces to enhance the connection between indoors and outdoors.

The wooden structure is left unstained and exposed in places to showcase its natural grain and colour. The contrast with the blue cladding accentuates the different forms and views within the space. 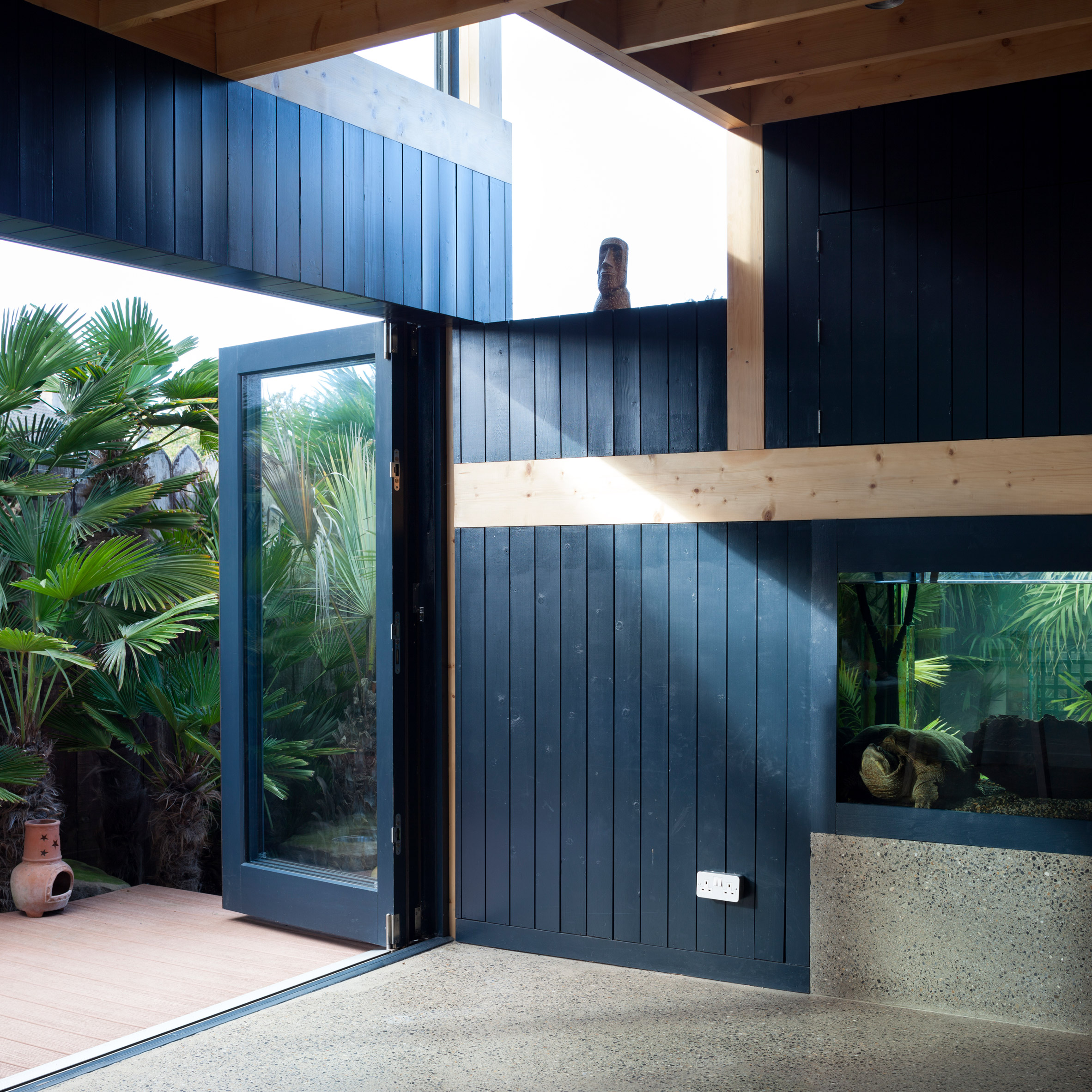 TAKA’s previous residential extensions in Dublin include converting a former garage into a new living space for a mews house. The studio also worked on a cafe with bright-green windows that occupies the former store rooms of a brick building in St Patrick’s Park

Photography is by Alice Clancy.

The post TAKA incorporates turtle tank into end wall of House in a Palm Garden appeared first on Dezeen.