The Hut by Midland Architecture operates off-the-grid in Ohio 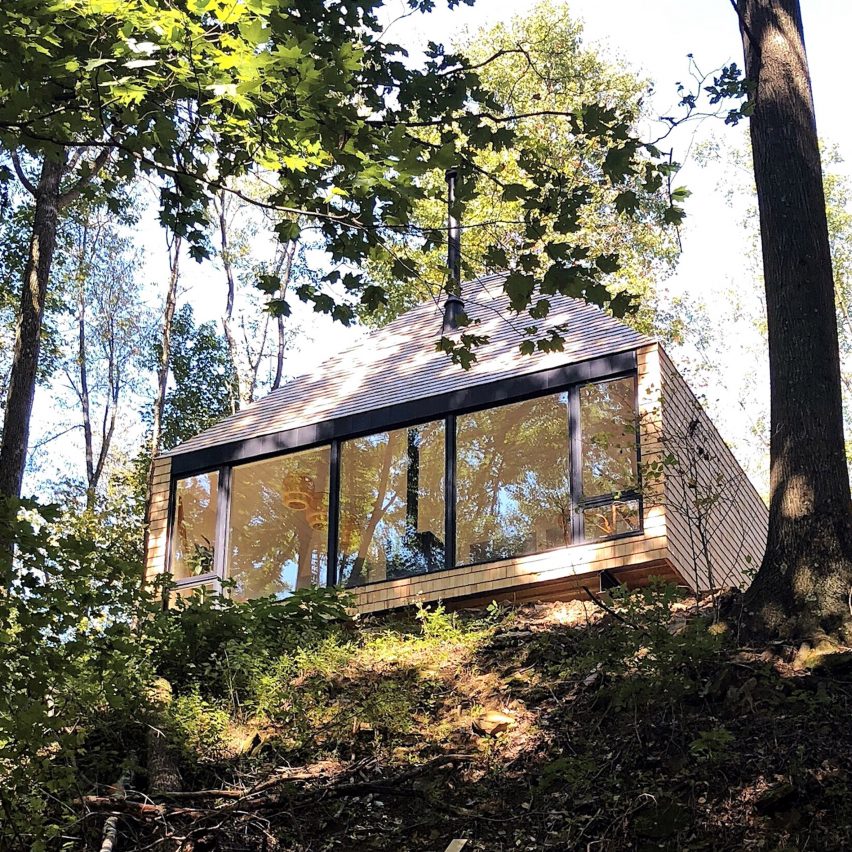 Architect Greg Dutton has designed this treehouse-like, off-grid retreat on his family’s property in rural Ohio to be sustainable and in sync with the surrounding environment.

Located on a cattle farm in the Ohio Valley, The Hut is set among a forested area on an elevated bank that overlooks a lake. 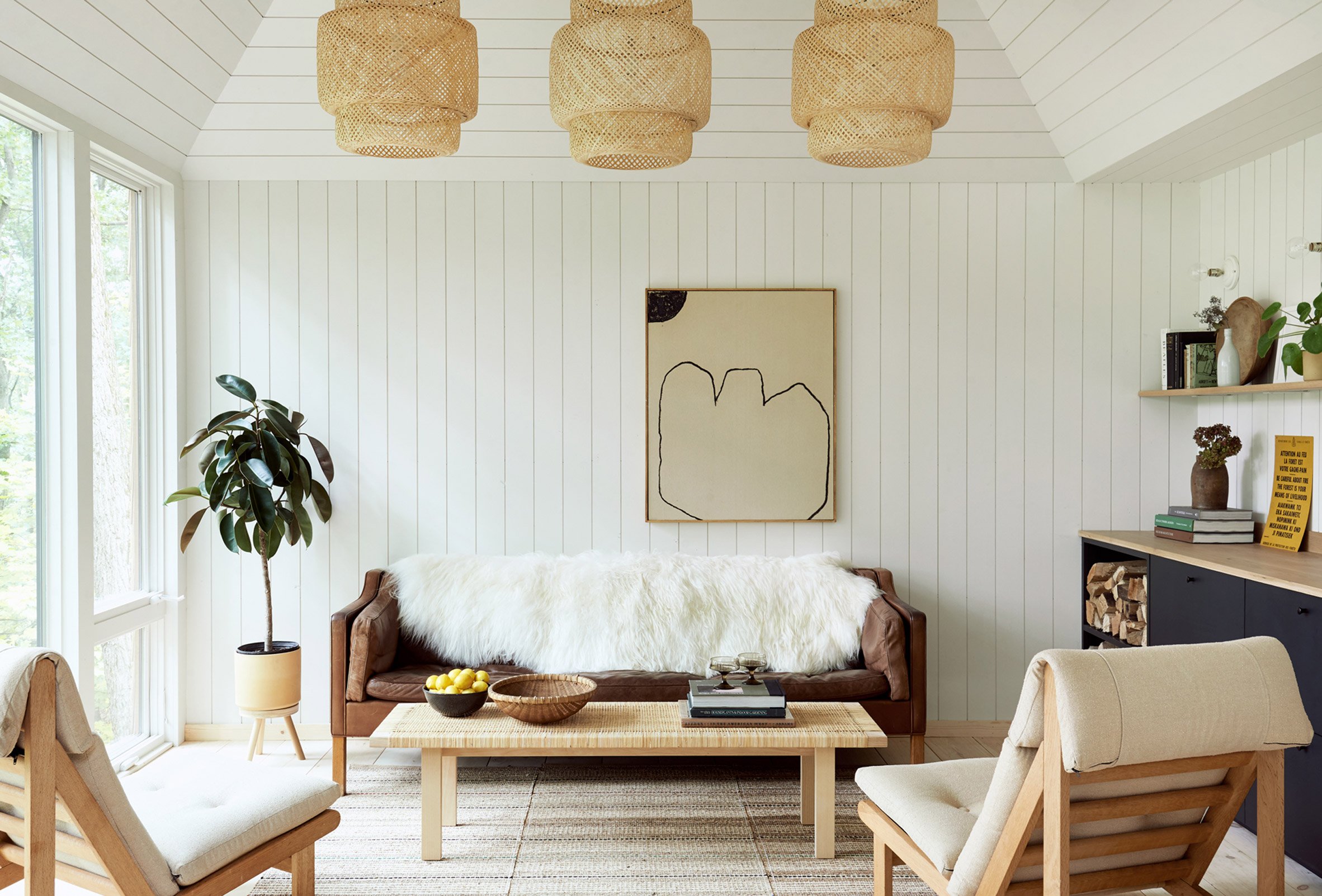 The 600-square-foot (56-square-metre) dwelling was shaped by its natural setting and Dutton’s relationship to the land. 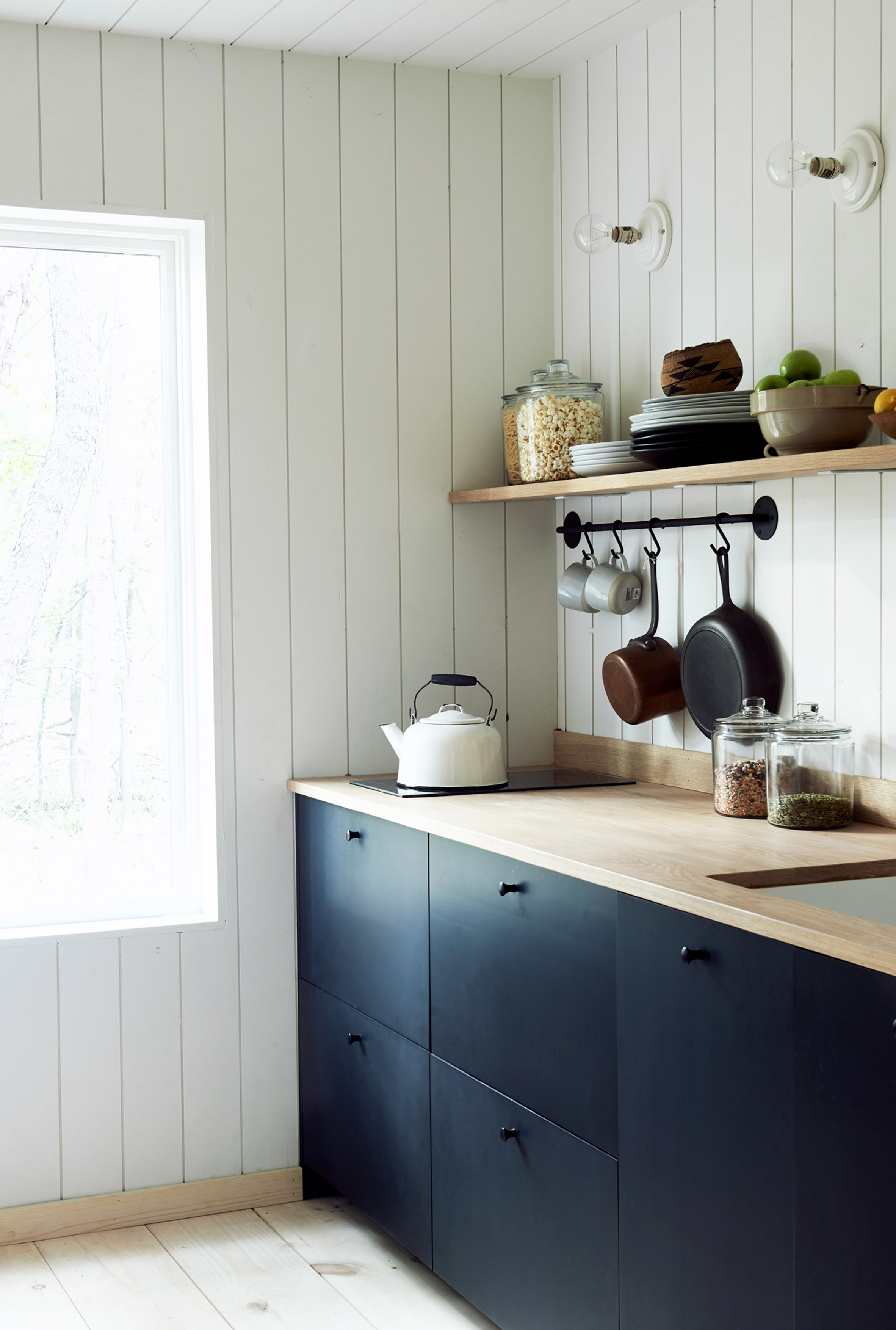 “So there is a very deep connection and relationship with the property,” he continued. “The build site is in a forest that my brothers, sister, and I used to hike as kids.”

Dutton designed The Hut to create the sensation of being in a tree house, elevating it above a dirt slope on concrete pillars. 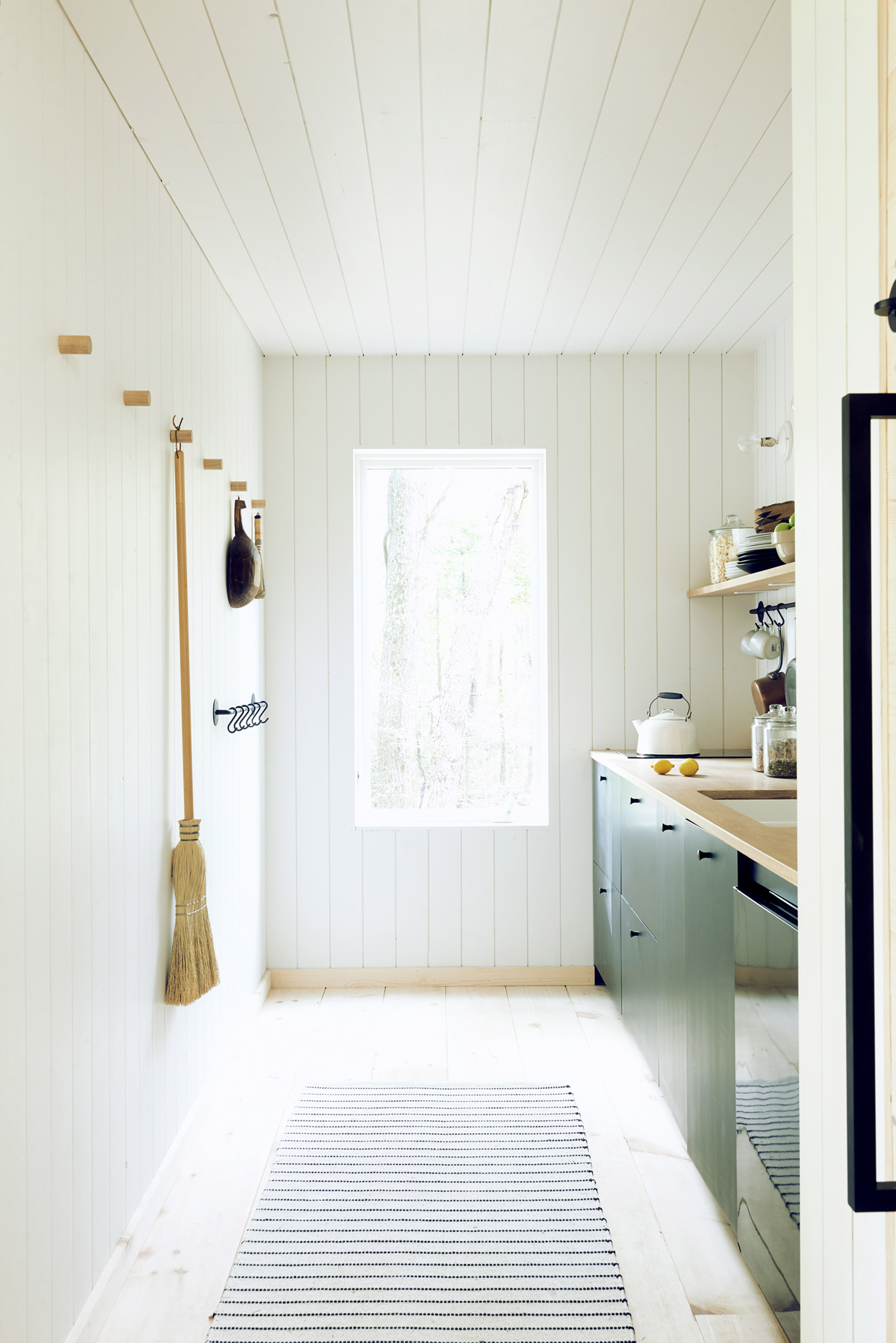 “An initial inspiration for the design was this idea of wanting to feel like you were lofted in the trees,” Dutton said.

“To get this effect, we positioned the cabin at the very edge of a cliff,” he added. “When you are standing in the interior looking out through the 25′ of southern glazing, you are looking at the forest as it drops down the cliff below you.” 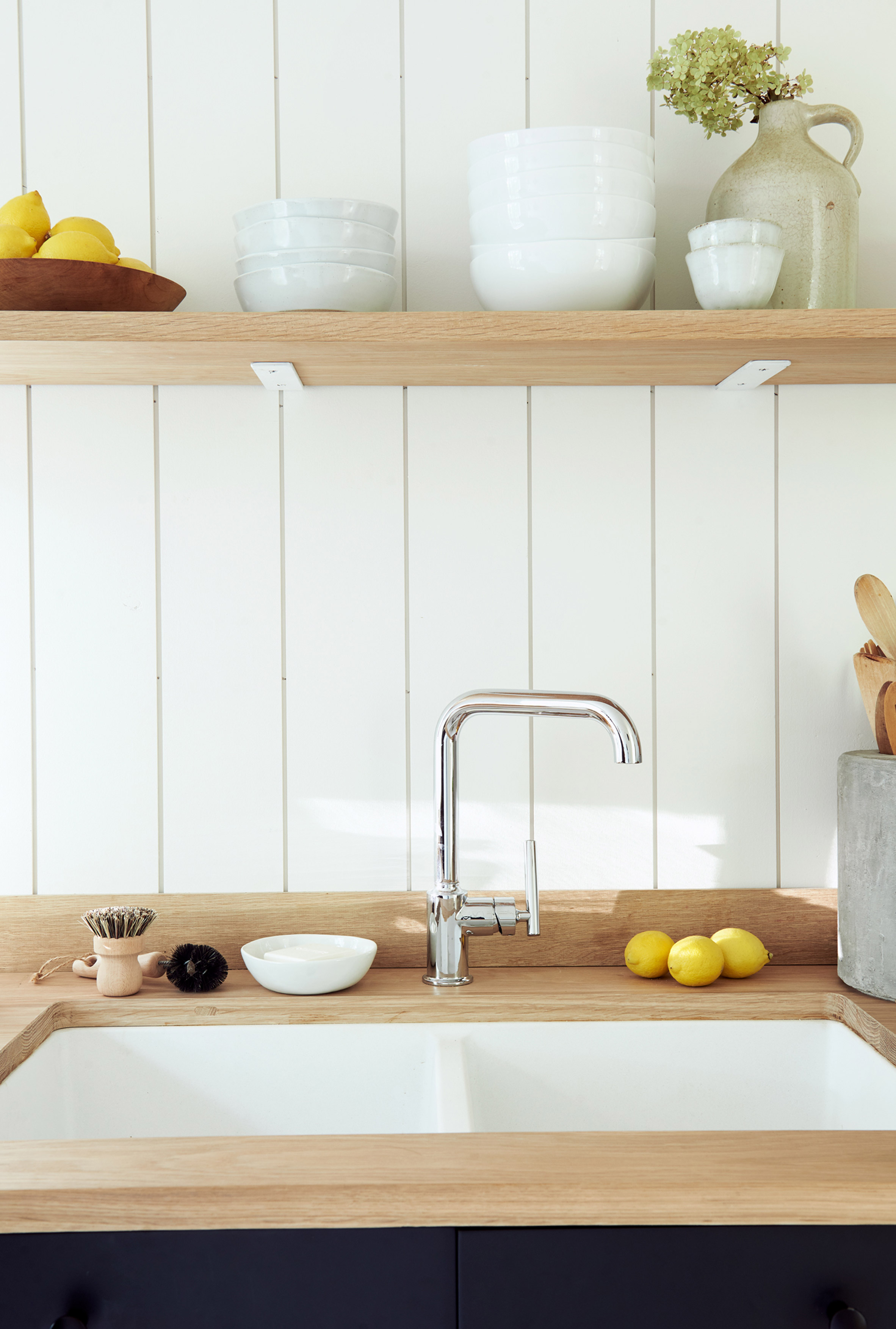 Untreated pale cedar shingles that clad the exterior will turn grey as they weather over time, blending in with the forest.

The home is off-grid, which means that it has no access to mains electricity or water. Instead, the dwelling runs entirely on solar energy, and so the structure was positioned to benefit from southern sun exposure.

Floor-to-ceiling windows stretch across one of the walls, framing views of the landscape and allowing light to enter the space year-round.

Inside, the hut has a simple layout comprising a kitchen, bathroom, and small entryway that opens up into a living space and connected sleeping area.

The interior’s minimalist design – which features eastern white pine floors and southern yellow pine panelling on the walls and ceiling – was influenced by Scandinavian architecture and the Denmark’s hygge, which describes the feeling of cosiness. 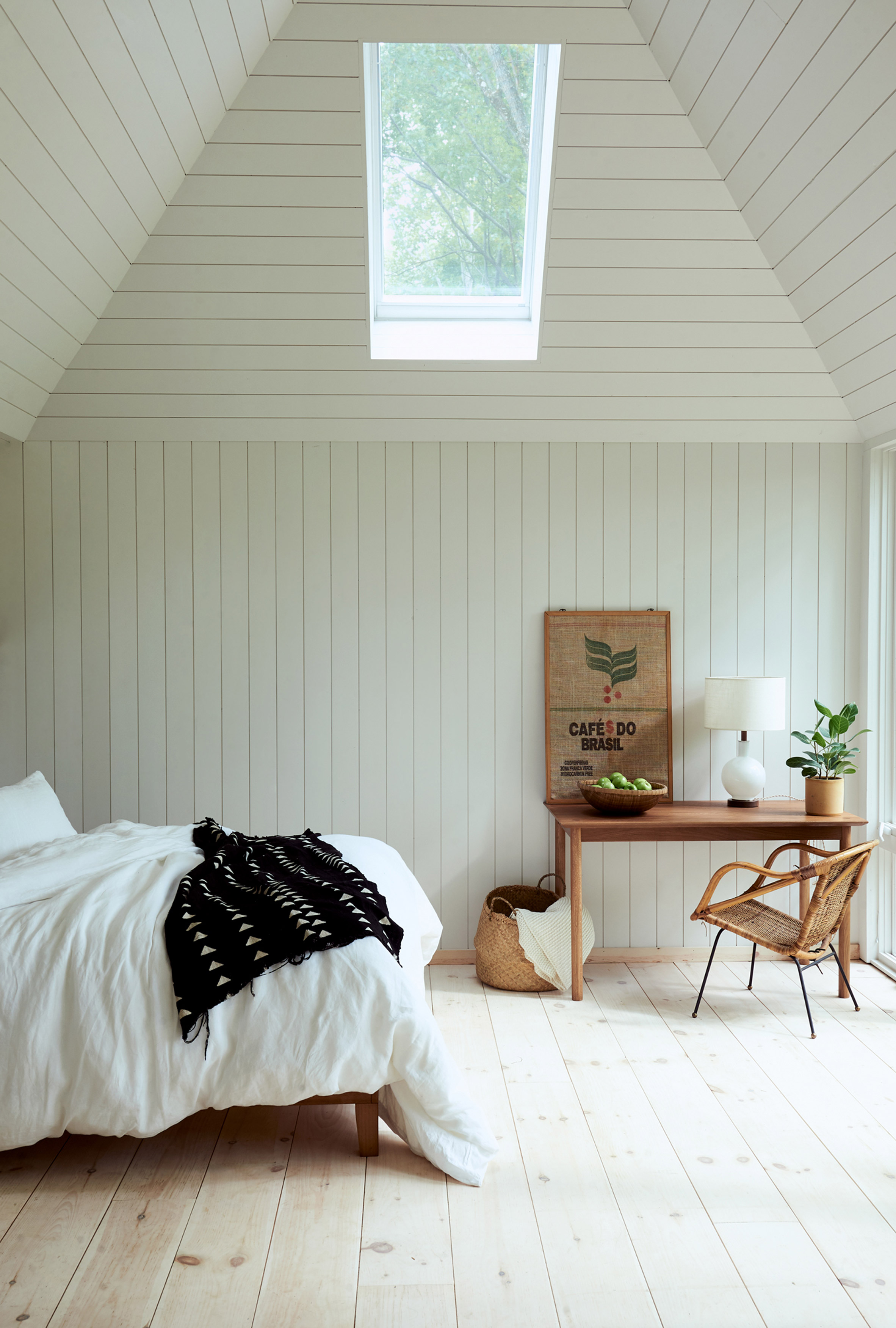 Pared back material and color palettes were selected with the intention of bringing nature inside.

“Growing up on a farm, I draw a lot of inspiration from rural aesthetics and the simplicity of those interiors was a big driver for the feel we were trying to capture inside the space,” said the architect. 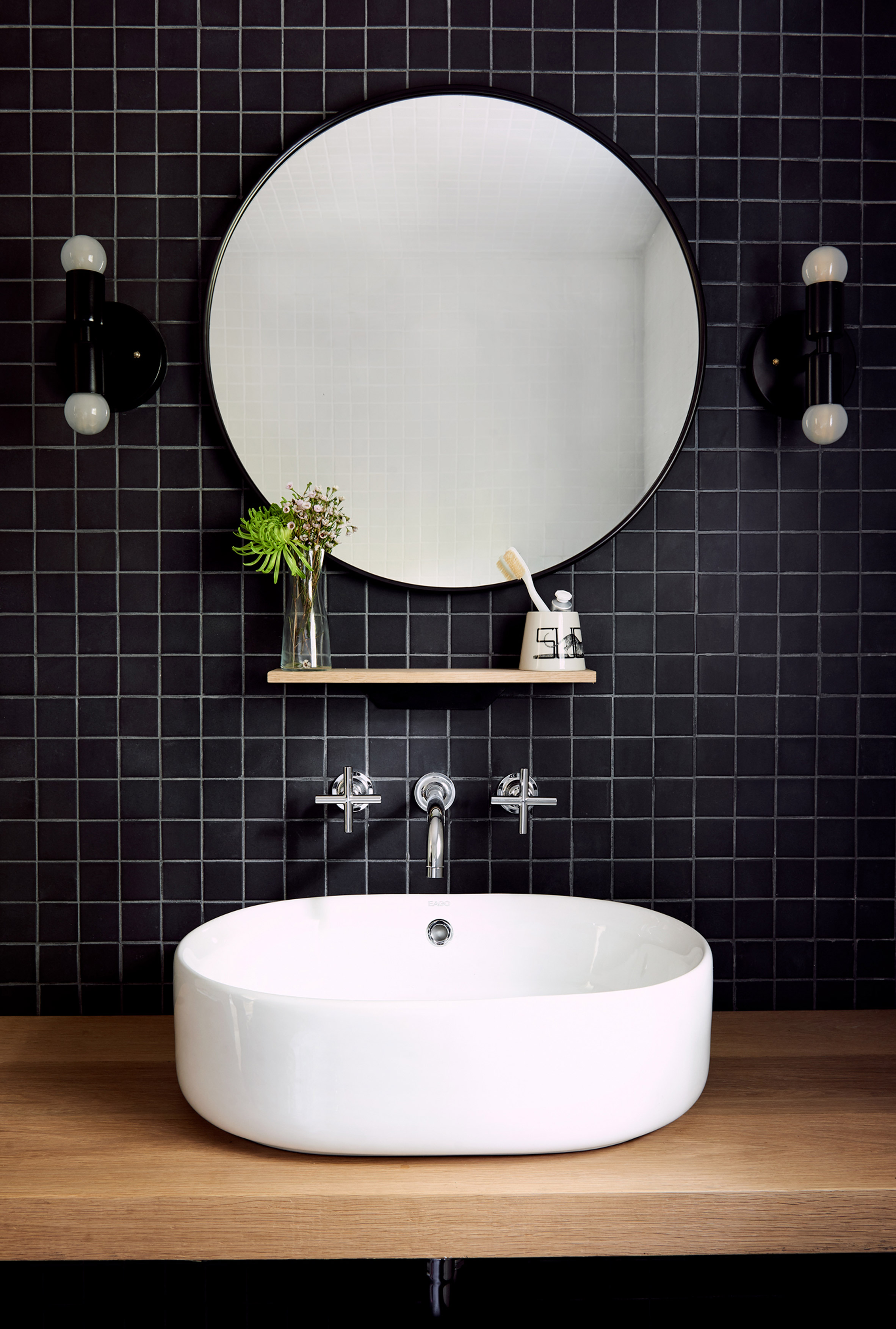 As climate change threatens ecosystems and natural resources around the world, many architecture studios are responding with sustainable design solutions.

Dezeen has featured a number of small eco-friendly dwellings across the US, including Lot 6 Cabin in Washington and Yoki Treehouse in Texas.

Photography is by Lexi Ribar.

The post The Hut by Midland Architecture operates off-the-grid in Ohio appeared first on Dezeen.