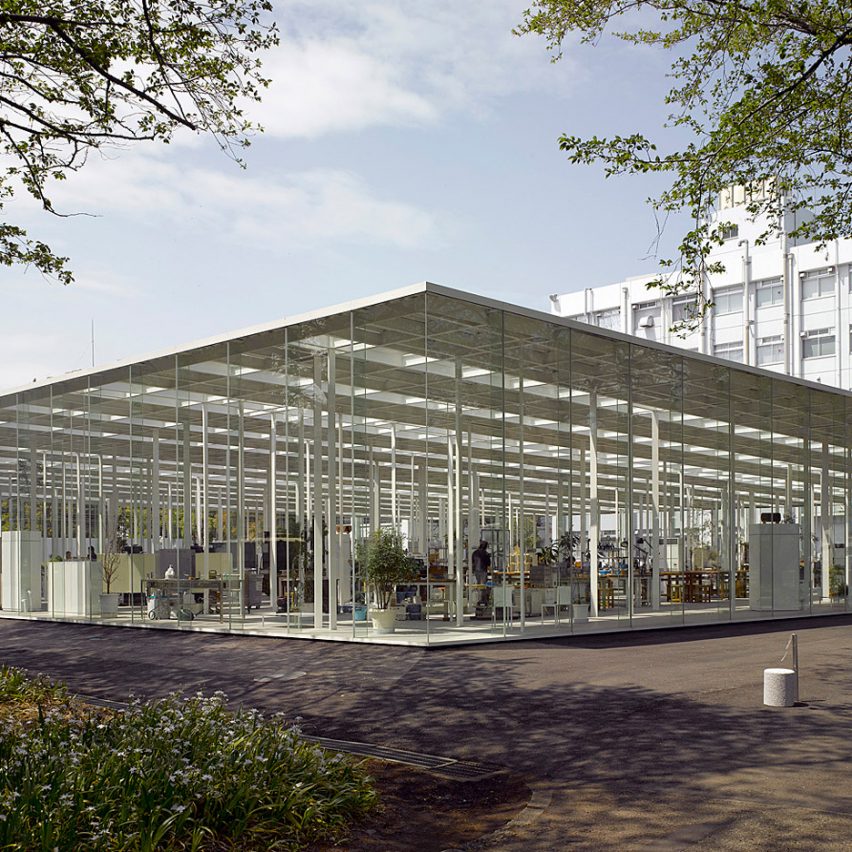 Great architecture is judged on material reality, not the ethics of those that are creating it, says Sean Griffiths.

What is the relationship between ethics and aesthetics? Some believe that the social conditions under which a work of architecture is created are intrinsically embedded in its material reality and hence form part of its meaning. So a beautiful building or object becomes ugly if it was produced using exploitative practices.

Others maintain that material objects exist in and for themselves and that not only are the meanings projected onto them by human beings essentially different to the object itself, but that these meanings are not stable. So if, for instance, we were to go back to ancient Greece, we would discover that although the classical architecture we found there might be familiar, the meanings attached to it would not be.

Nevertheless, we remain untroubled by the idea that an architecture that, at least in part, was a direct celebration of war, sacrifice and slavery should be an appropriate form of architecture for national institutions and august commercial entities. Should we therefore be free to evaluate objects on their own terms, unencumbered by questions of ethics?

Take Thomas Heatherwick‘s project, the Vessel in New York. This erection, to call it something that chimes with some of the more unflattering monikers it has acquired, has been condemned as not only a vacuous monument to, but a prime example of, the city’s colonisation by capital.

Such criticisms suggest that the object’s dazzling surfaces blind us to the privatisation and commodification of New York’s urban spaces. But is it right to blame the designer for the political reality in which he operates?

If this structure is a commodity, then so is Heatherwick himself, as indeed are other sought-after architects like Junya Ishigami, recently awarded this year’s prestigious Serpentine Pavilion commission. It has emerged however, that Ishigami has been mobilising his commodity status by offering association with his name to aspiring young architects in return for free labour.

Is it right to blame the designer for the political reality in which he operates?

In the light of this, other well-known architects like Pritzker laureate, Alejandro Aravena, have chosen – some might say in a cynical act of brand protection, given his reputation for socially engaged practice – to abandon the policy of using unpaid interns.

Ishigami and Alvarez are not the first to indulge in such exploitative practices. Holding my hands up high, I concede that in the early days my former practice FAT made occasional, short-term use of unpaid interns.

We were seduced by a masochistic form of practice, fetishised within architectural culture, that begins in schools of architecture with the tradition of the “all-nighter” combined with a subsequent assassination of one’s sleep-deprived character by a gang of know-it-all tutors. Such a practice, if prosecuted upon political dissidents would be deemed illegal.

Then there is, the competition, whereby architects collectively gift thousands of free hours in the hope that one of them will achieve immortal glory. That is before we mention the unpaid work done in the hope of gaining favour with clients, the undercutting of fees and the long-hours culture. As Friedrich Nietszche would have recognised, the master and slave mentality remains firmly embedded in architectural culture.

If the rights and wrongs are fairly clear here, a somewhat trickier question is how we evaluate works of architecture that are the products of seemingly unethical practices. How, for example, do I reconcile my disapproval of Ishigami’s use of unpaid labour, with my admiration for his work? Does Aravena’s guilt devalue his methods which have benefitted communities of limited means in South America?

I doubt that much attention was paid to health and safety when constructing the Pyramids, but we don’t value them less highly for this

There are countless buildings littering the canon of architectural history whose provenance is unsavoury. I doubt, for instance, that much attention was paid to health and safety when constructing the Pyramids, but we don’t value them less highly for this.

Does then, the current – if I may be so bold as to call it such – fashion for socially engaged practice, prevalent amongst respected practices and popular in the schools, offer an alternative way of approaching these questions?

Part of the answer to this lies in asking whether or not we think the object, which is the outcome of such processes, and not just the process itself, is important. For an assumption of socially engaged practice is that ethical forms of practice are somehow embedded and expressed in the objects produced.

I find this notion philosophically problematic. For is not socially engaged practice as susceptible to commodification as other forms of practice? The work of the artist, Theaster Gates is driven by a social conscience, but also sells for hundreds of thousands of dollars. To his credit Gates reinvests the proceeds back into his local community on Chicago’s south side. But does the commodification of his work not also shore up a social reality that impoverishes those communities in the first place?

There is also the sense that within the quarantine of the art world wealthy collectors, like animal trophy hunters who claim simultaneously to be conservationists, can signal an apparent allegiance to socially engaged practice by acquiring its products.

Thus, they can enjoy their object’s accelerating value, and avoid confronting the political realities, of which such collectors are the beneficiaries, that cause the issues driving the work in the first place.

The historian, Yuval Noah Harari in his best-selling book, Sapiens, makes the startling, but nonetheless inarguable claim, that all products of the human mind, with the possible exception of science, are fictions with no material basis. For Harari, such fictions extend to ethics and human rights. This would suggest that ethical meaning, exists only in the mind of the human and not in the material of the object.

This is not to say that forms of social practice are not embedded in the objects that they produce, rather that this is not same thing as their meanings which are expressed through aesthetics, symbols, forms and compositions whose content, like that of classical architecture, is subject to the endlessly shifting sands of historical circumstance.

Aesthetics, and our judgement thereof, cannot be circumscribed by ethics

I wonder, for example, whether the meaning of FAT’s social housing project, Islington Square in Manchester, whose aesthetic was inspired by the DIY interiors of the homes of those who were to be its residents, can be said to embody the working-class culture of that community?

The building’s appearance might signify that idea, but does it embody it? And would the intended signification of “working-class culture” endure, where the houses to fall into the hands of private landlords, or wealthy home owners? In other words, would the putative meaning remain stable under these new material conditions?

I would argue that, not only are ethics and aesthetics autonomous with respect to each other but that aesthetics, and our judgement thereof, cannot be circumscribed by ethics. To do so would be to rule out many great works that should have no obligation towards moral purity.

Some might find this conclusion uncomfortable because its contradicts the premise that – even as we applaud a socially engaged practice, whether feminist, communitarian, LGBT, socialist or otherwise – there is a necessary relation between the ethics of the practice and the meaning that is signified in the object it produces. This because these meanings exist in the mind, not the object.

Objects should be engaged with on their own material terms. This licenses us to enjoy (or not) the work of Heatherwick, Ishigami and others in and for itself, regardless of its relation to ethical practice, while at the same being critical of the modes of practice that produced it.

Objects should be engaged with on their own material terms

The situation would undoubtedly be more comfortable if Ishigami were to be relieved of the Serpentine commission until such time as his working methods met appropriate ethical standards across the board, so that we can continue to enjoy his beautiful objects without being distracted by unpleasant issues that are external to it.

But we should not lose sight of the fact that great works across many disciplines are ultimately judged on the basis of their material reality, in some cases, long after the ideas behind them and the social relations that produced them, have been lost, or exist only in speculatively reconstructed form.

It is also rare that such works have embedded histories, or meanings that reflect ethical purity. Indeed, it is often the case that the lack thereof is a big part of their appeal.

Photography is by Edmund Sumner.