UNStudio develops smart neighbourhood where residents own their data 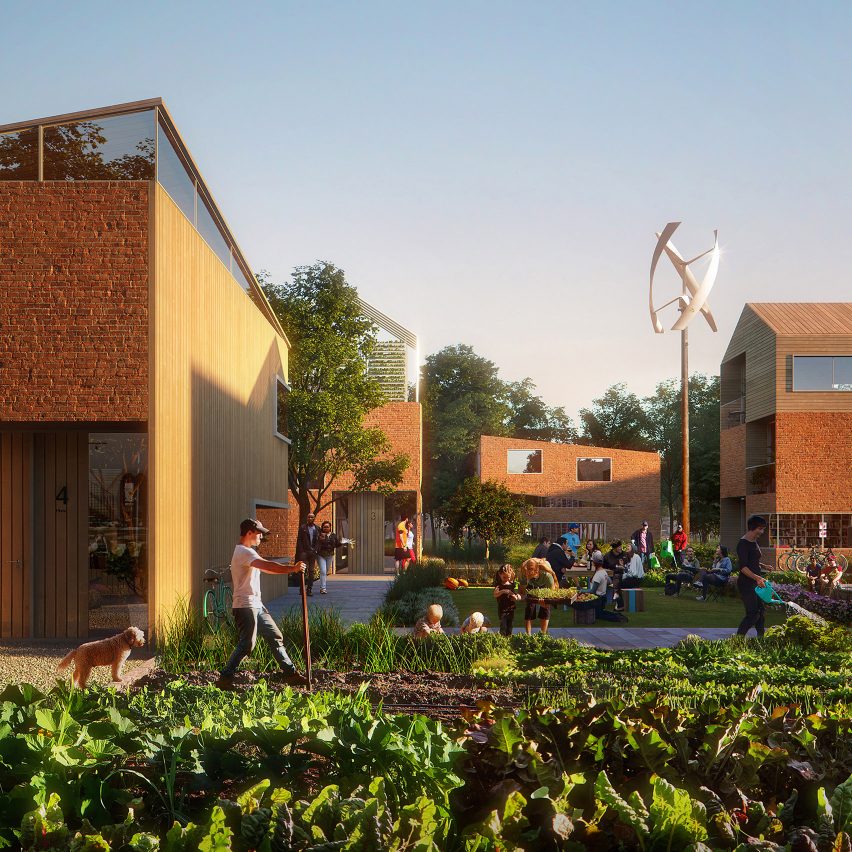 UNStudio has unveiled plans to create the “smartest neighbourhood in the world” in the Netherlands, where residents produce their own resources and control the use of their data.

Brainport Smart District (BSD) will be located in Helmond, a city in the south of the Netherlands, with the construction of 1,500 new homes over the next 10 years.

Amsterdam-based UNStudio is planning the circular and “socially cohesive” development in collaboration with its sister company, the tech startup UNSense. They envision the area as a “living laboratory” that produces its own food and energy, manages its own waste and controls its own data.

They describe it as “a unique Dutch initiative for future living”.

The project includes a section called 100 Houses – a live experiment where UNSense will explore the ethics of data as currency.

Seen as a direct response to the monopoly on data held by big technology companies, 100 Houses will offer its residents – who will be drawn from across Dutch society – full control of their data.

“Residents and communities benefit from their own data”

“The current digital business model is extremely lucrative for tech giants, but is far less advantageous for the majority of local companies, organisations and individuals,” said UNStudio.

100 Houses would, alternatively, operate on “the principle that the residents and communities benefit from their own data”.

This test environment would be a model for an alternative economic model where users could save money via digital amenities including food and transport, while contributing to the growth of local communities and businesses.

A board of ethics could offer objective advice on issues such as data ownership, privacy and commercial gain for the end user. UNSense is working with Tilburg University on the scheme, with the aim of eventually scaling the model if it is successful.

Technology will play a central role across BSD as a whole, with the data and information generated shared to improve efficiency and connectivity for homes, businesses and transport systems.

The Netherlands is already a world leader when it comes to smart cities. Amsterdam, for example, uses data to drive more efficient infrastructure upgrades, such as developing robotic delivery boats and bridges.

Other examples of the kind of tech architects and urban planners are embedding in smart cities include pavements that can melt snow in Toronto and a city filled with autonomous vehicles planned for outside of Boston.

UNStudio was selected in July 2018 to put together a masterplan for the BSD. Felixx Landscape Architects & Planners collaborated on the ecology and landscape for the plan, Metabolic consulted on climate adaptation, Habidatum provided data analysis, and UNSense worked on the data and technology strategy.

The team has designed a flexible grid-style masterplan that can be developed gradually according to residents’ needs. Rather than plan and build the entire 155 hectare development in one go, the proposal involved implementing a framework that could allow BSD to develop in response to user demand.

The development team divided the urban plan into 10 strips or grids, each one offering varying densities of urban and green areas. A shared-owned central park would run through the centre of BSD.

Residents would be encouraged to participate in communal resource schemes to produce energy and cultivate food for the district. Businesses would have a focus on research and innovation.

The development would have a circular system, where resources would be re-used and recycled in a closed loop with the aim of making the development sustainable and able to adapt to climate change.

The post UNStudio develops smart neighbourhood where residents own their data appeared first on Dezeen.