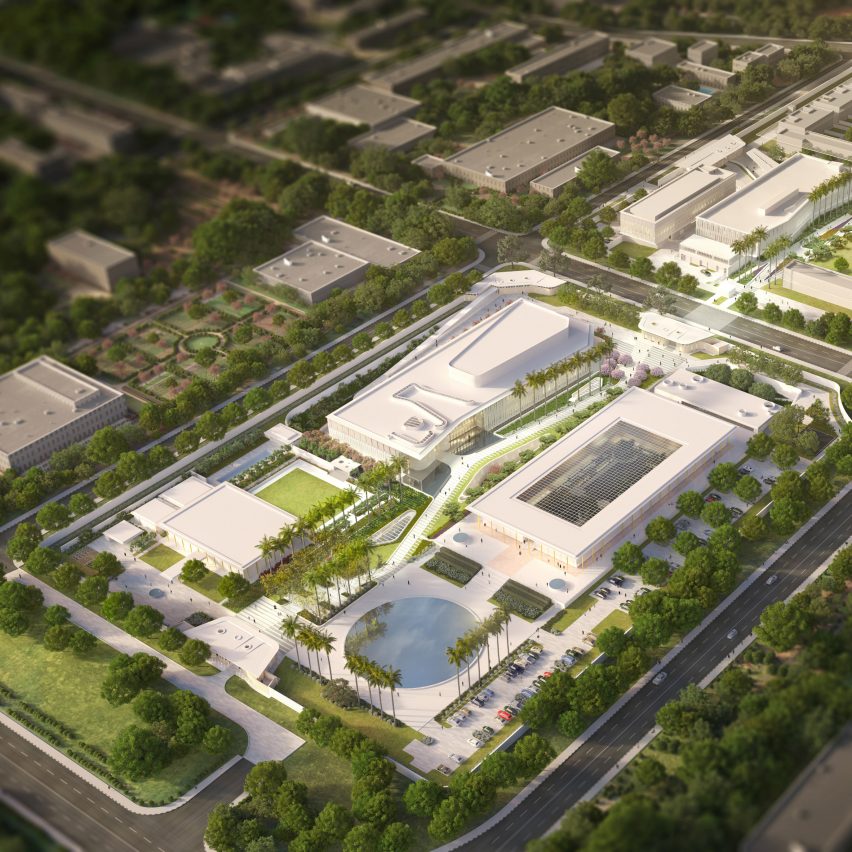 New York firm Weiss Manfredi has revealed plans to update Edward Durell Stone’s modernist US embassy in New Delhi, India, as part of a major overhaul of the complex.

Commissioned by the US Department of State, Weiss Manfredi‘s masterplan is intended to transform the United States Embassy in the city’s Chanakyapuri neighbourhood into a “multi-functional campus”. 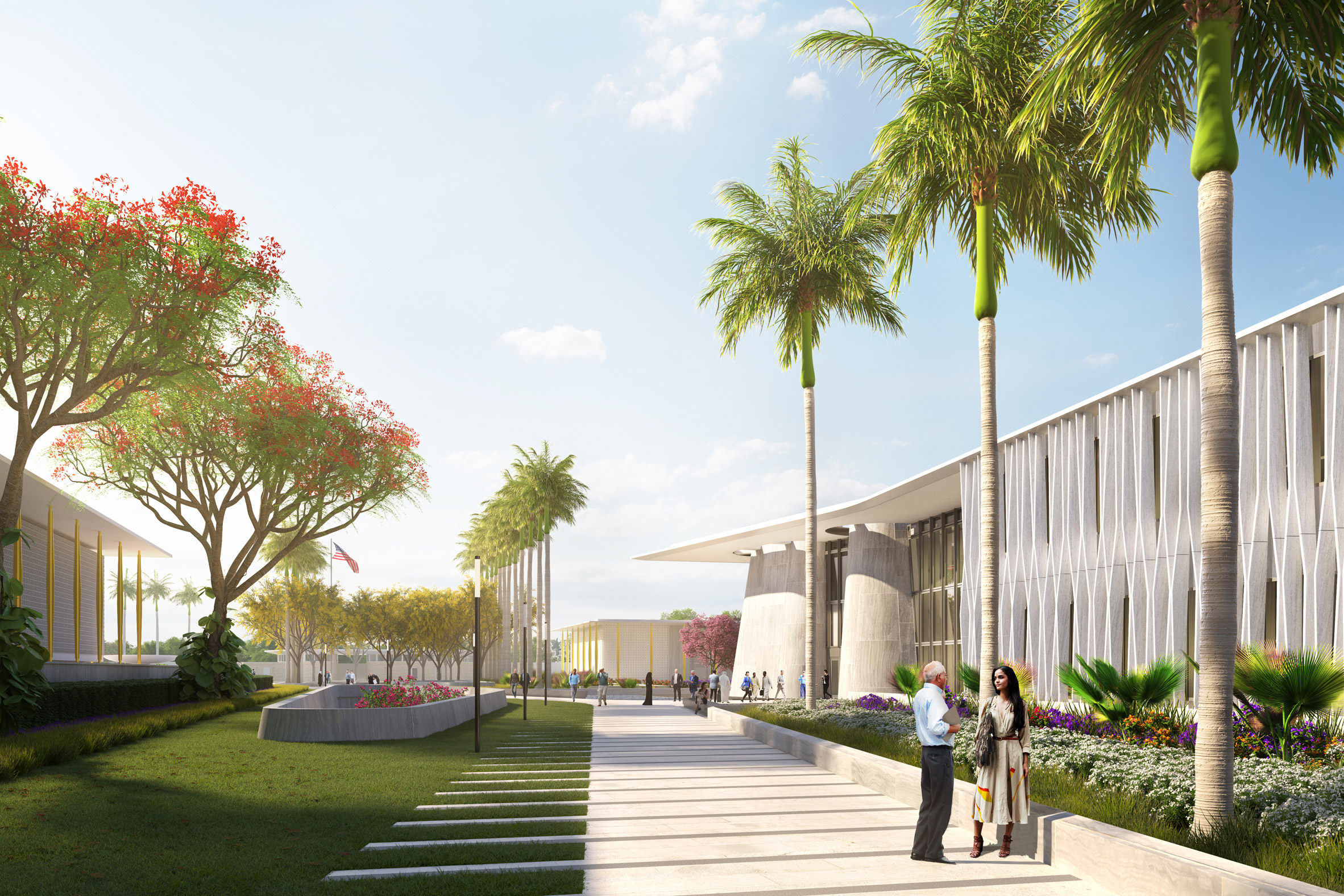 The project marks the first update to the 28-acre (11-hectare) compound since its completion in 1959. Designed by 20th-century American architect Stone – was also behind New York’s Museum of Modern Art – it features a number of structures created in the modernist architecture style.

The overhaul will involve the renovation of these existing buildings, including the Chancery Building – a structure detailed with white-latticed walls, a flat roof, slender golden pilotis, and a large courtyard at the centre. 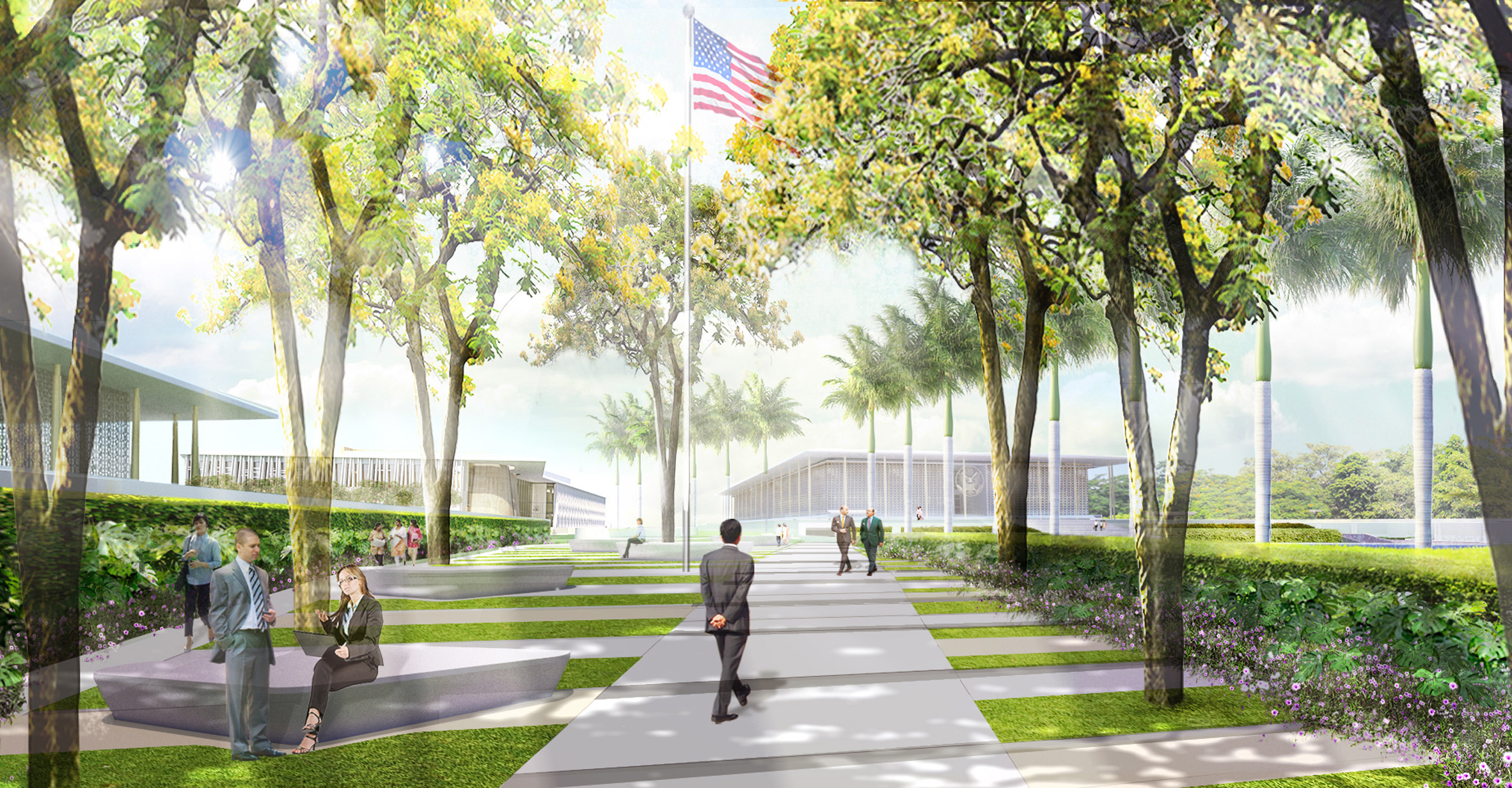 New facilities, such as an office building and a support annex, will be added to bolster the embassy’s functions. Renderings depict these as low-lying and white, and also detailed with slatted facades that complement the existing structures.

“The redesign of the Embassy Campus defines a sustainable vision for the Embassy’s future that builds on the legacy of the historic campus to create a new foundation for American diplomacy in India,” said Weiss Manfredi in a project statement.

Weiss Manfredi is a multidisciplinary design practice, which typically blends architecture, landscape and urbanism. The transformation of a former industrial site in Long Island City into Hunter’s Point South Park is among the firm’s recent projects.

For New Delhi’s US Embassy, the team has designed major updates to the landscape that surrounds the buildings, with the intent to create active outdoor space on site that would make the most of the local climate.

Wide paths of white paving, trees that provide shade and benches for resting are all included, among a number of other features. 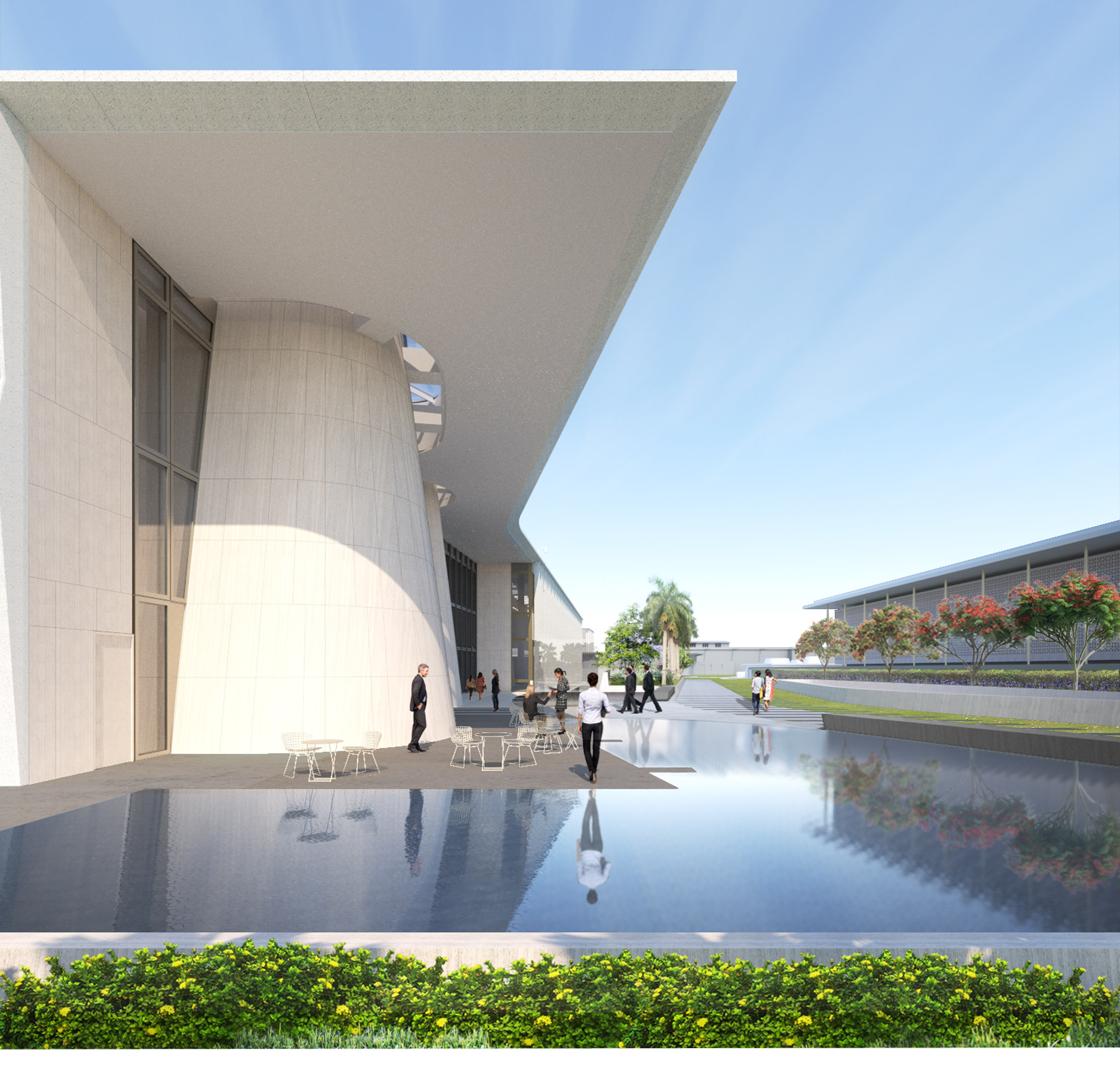 “Inspired by India’s enduring tradition of weaving together architecture and landscape, a series of cast stone screens, canopies, reflecting pools and garden walls introduce a resilient, integrated design language that brings the campus into the 21st century,” said the firm.

The project is among several embassies that the US Department of State’s Office of Overseas Building Operations has commissioned the country’s practices to design. Others include plans for a new outpost in Honduras by SHoP Architects and a compound in Brasília designed by Studio Gang.

Philadelphia-based firm Kieran Timberlake completed work on a “crystalline cube” that houses the US Embassy in London in 2017.