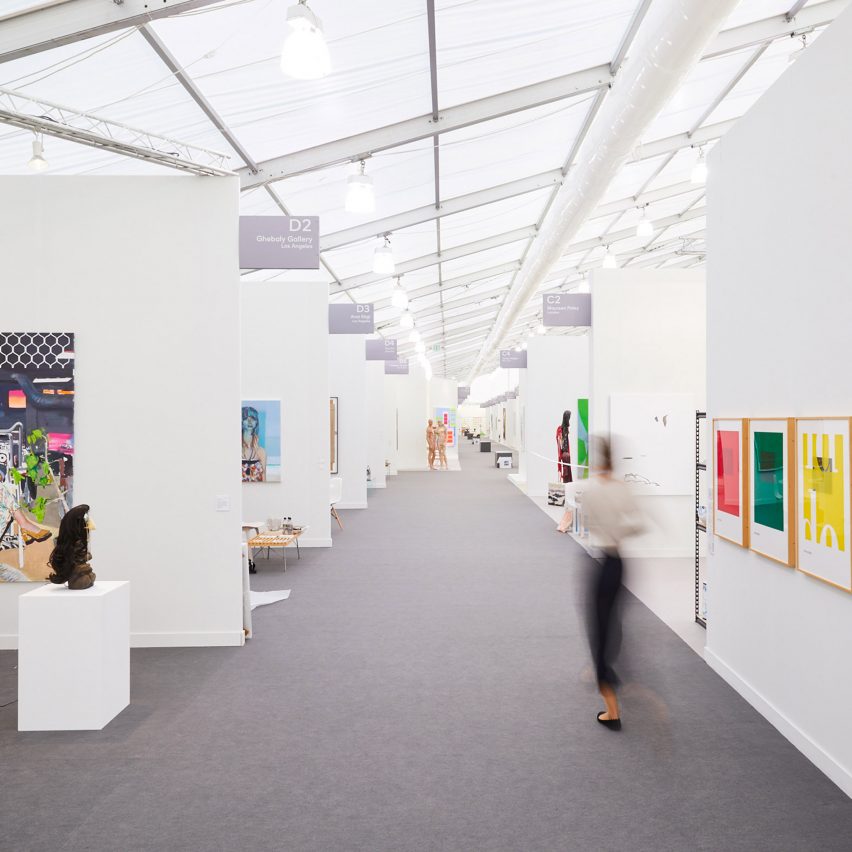 The inaugural Frieze Art Fair Los Angeles has taken place on the grounds of a Hollywood movie set, with a venue that US firm wHY Architecture designed to give visitors the “feeling of being backstage and behind-the-scenes”. 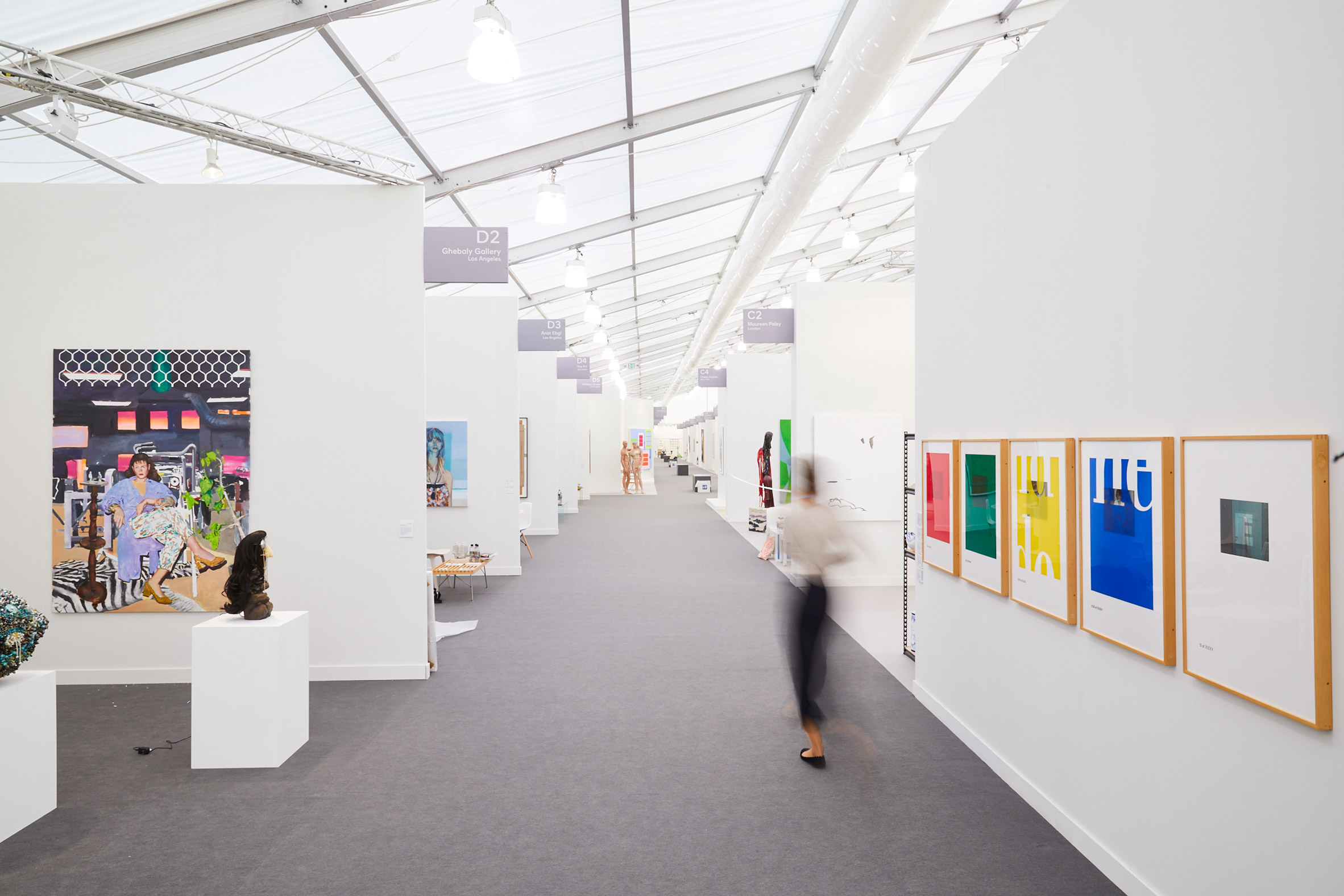 New York and Los Angeles-based wHY Architecture was enlisted to design an entry pavilion, main tent, and outdoor exhibits and amenities for the event, which was held in Hollywood at Paramount Pictures Studios.

“The space echoes the feeling of being backstage and behind-the-scenes, paying homage to the location, while creating a sense of excitement as visitors enter the main tent,” said wHY Architecture. 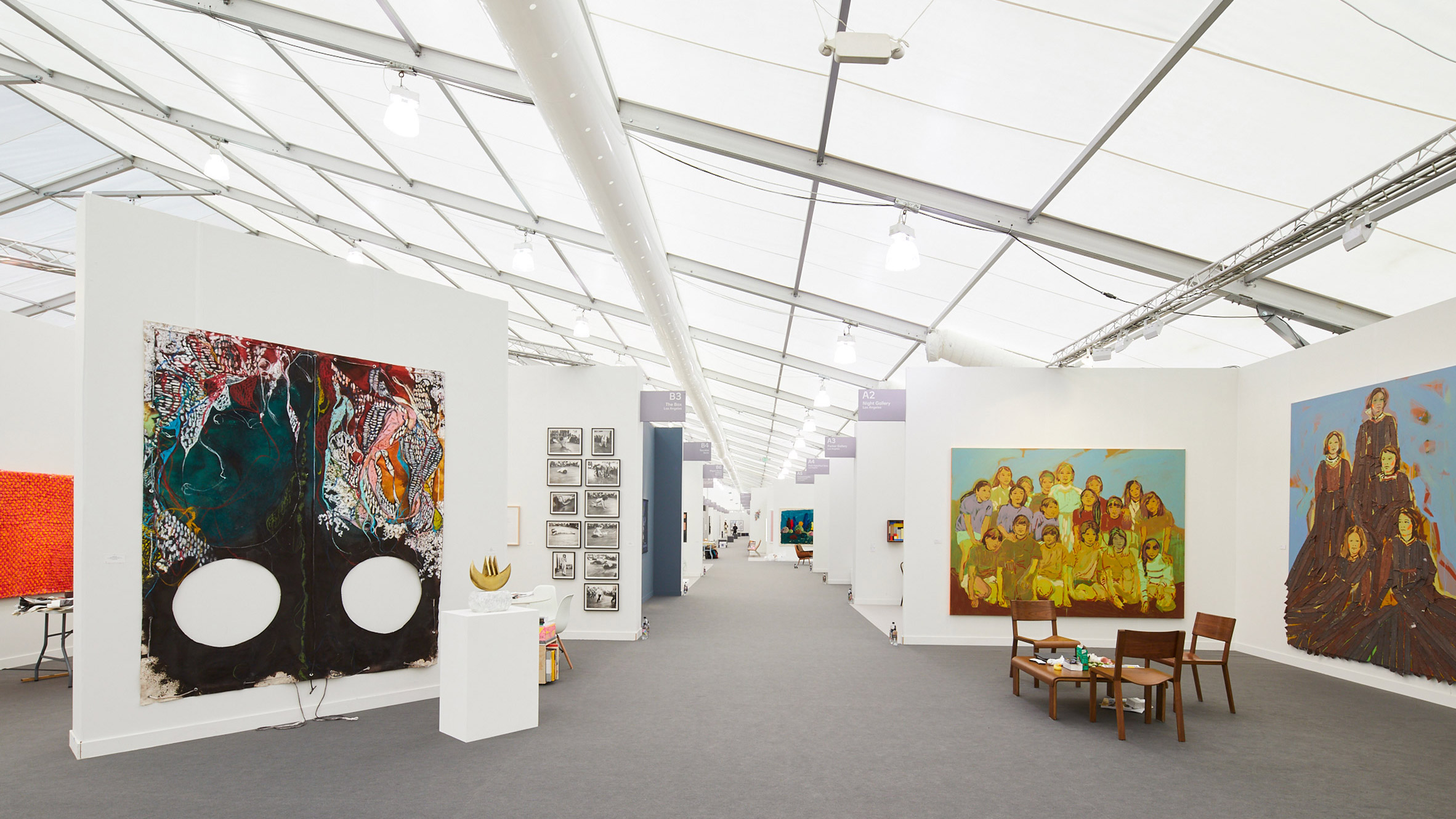 Shaped as a double arch, the entrance is intended to mimic the gate to Paramount Pictures on Melrose Avenue – an expansive property with studios, prop warehouses, numerous stages, parking lots, and a five-acre (two-hectare) backlot. 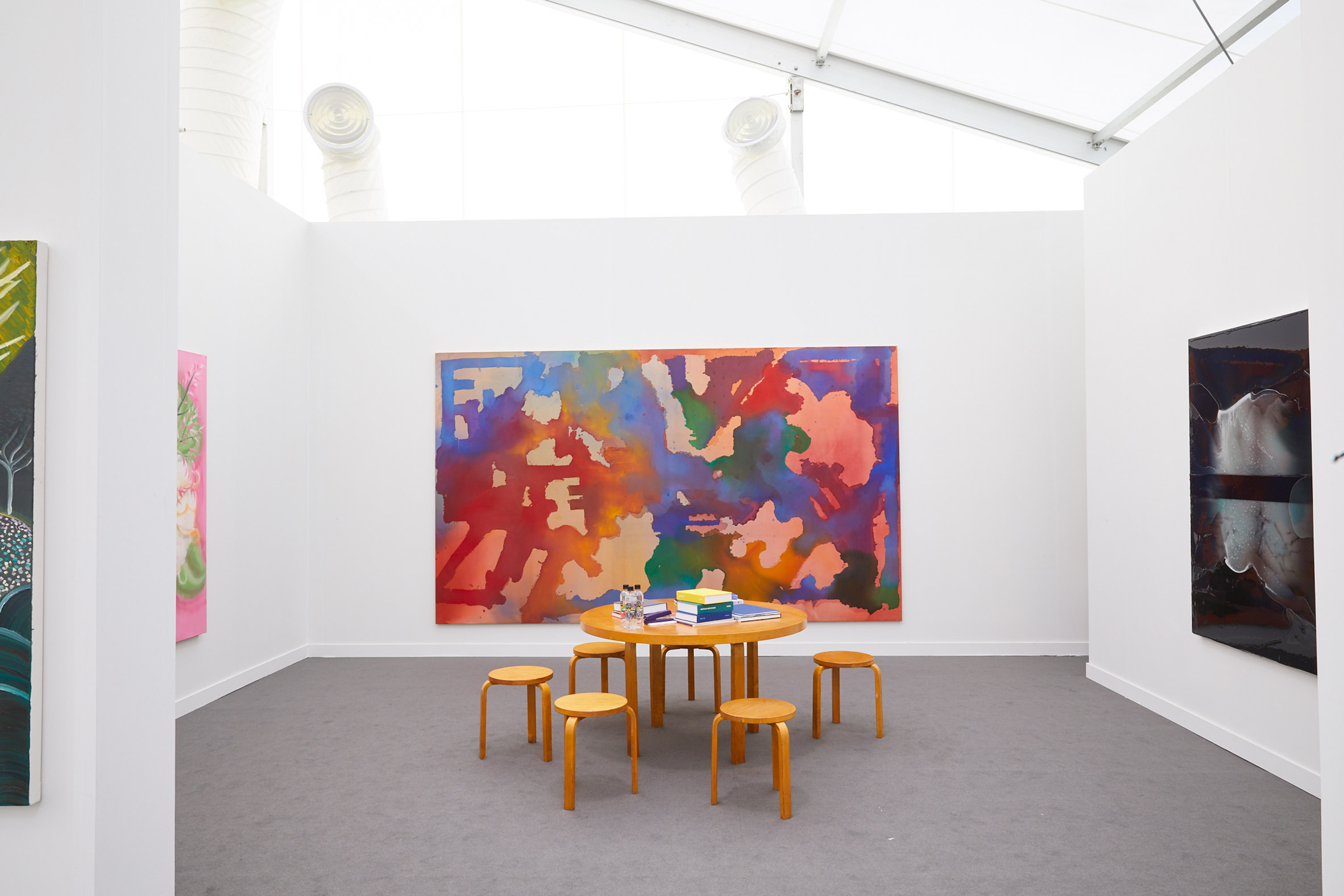 “The entry pavilion, with two archways wrapped entirely in faux-foliage, is a nod to the famous double arches of Paramount Studio’s Gate on Hollywood’s Melrose Avenue, welcoming visitors as they make their way to the tent and signalling the immersive, indoor-outdoor experience that lies beyond,” the studio said.

Also at the entrance, ticketing booths, guest services, and coat check were housed in a room panelled in blue-stained plywood, to contrast the hot pink used for Freize LA. 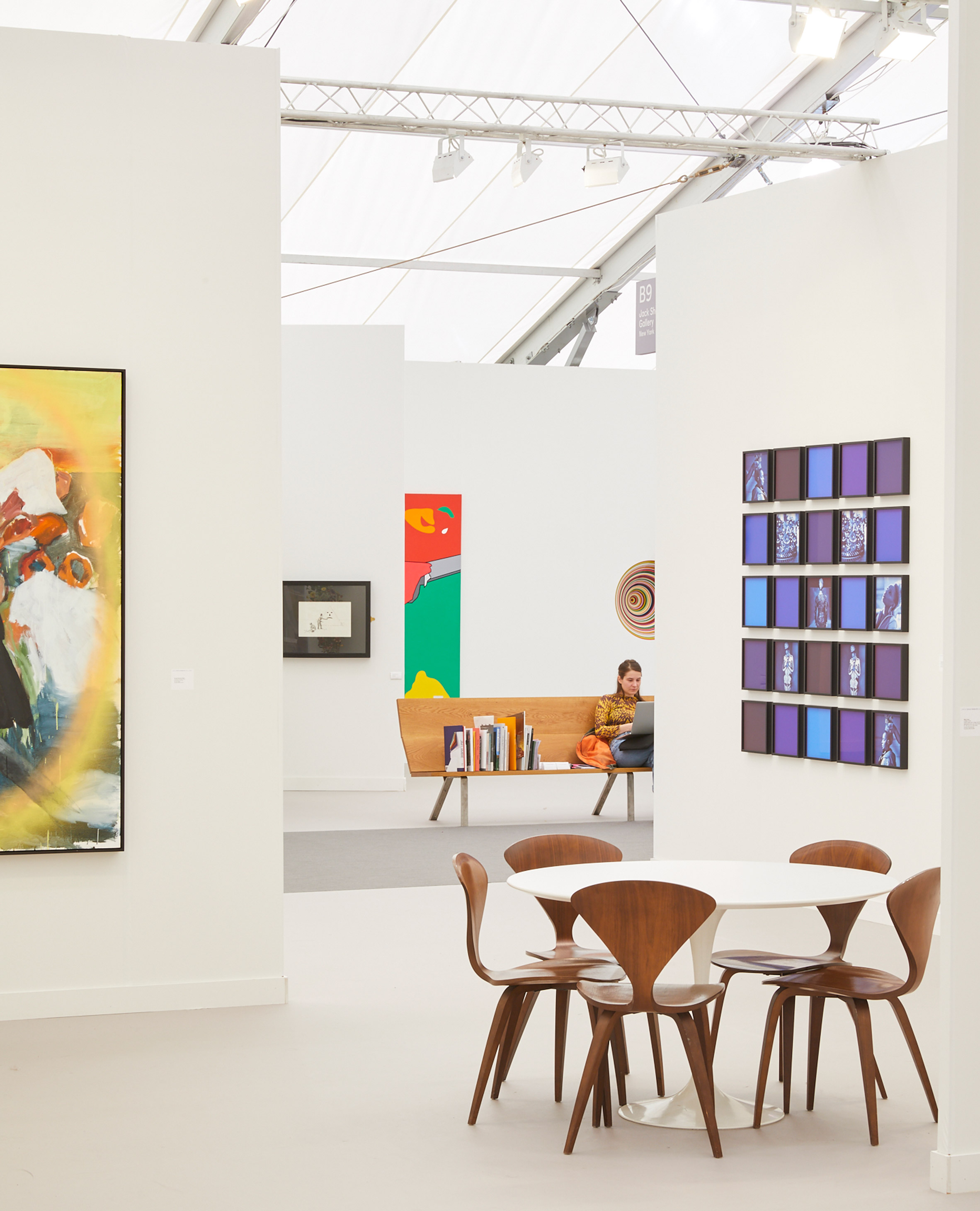 Hundreds of contemporary art pieces are housed within a larger, temporary tent that measures 62,000 square feet (5,760 square metres). The white pavilion is topped with translucent ceiling panels to flood the interiors with natural light.

Inside, half-height walls are inserted to break up the vast space and create various paths and nooks for showcasing art.

Corridors connect with three main walkways, which are wider at the tent’s entry and grow smaller towards the back.

“The layout encourages visitors to choose their own path, discovering and meandering between booths from galleries both established and new, organized by Frieze for balance and variation,” said the architecture firm. 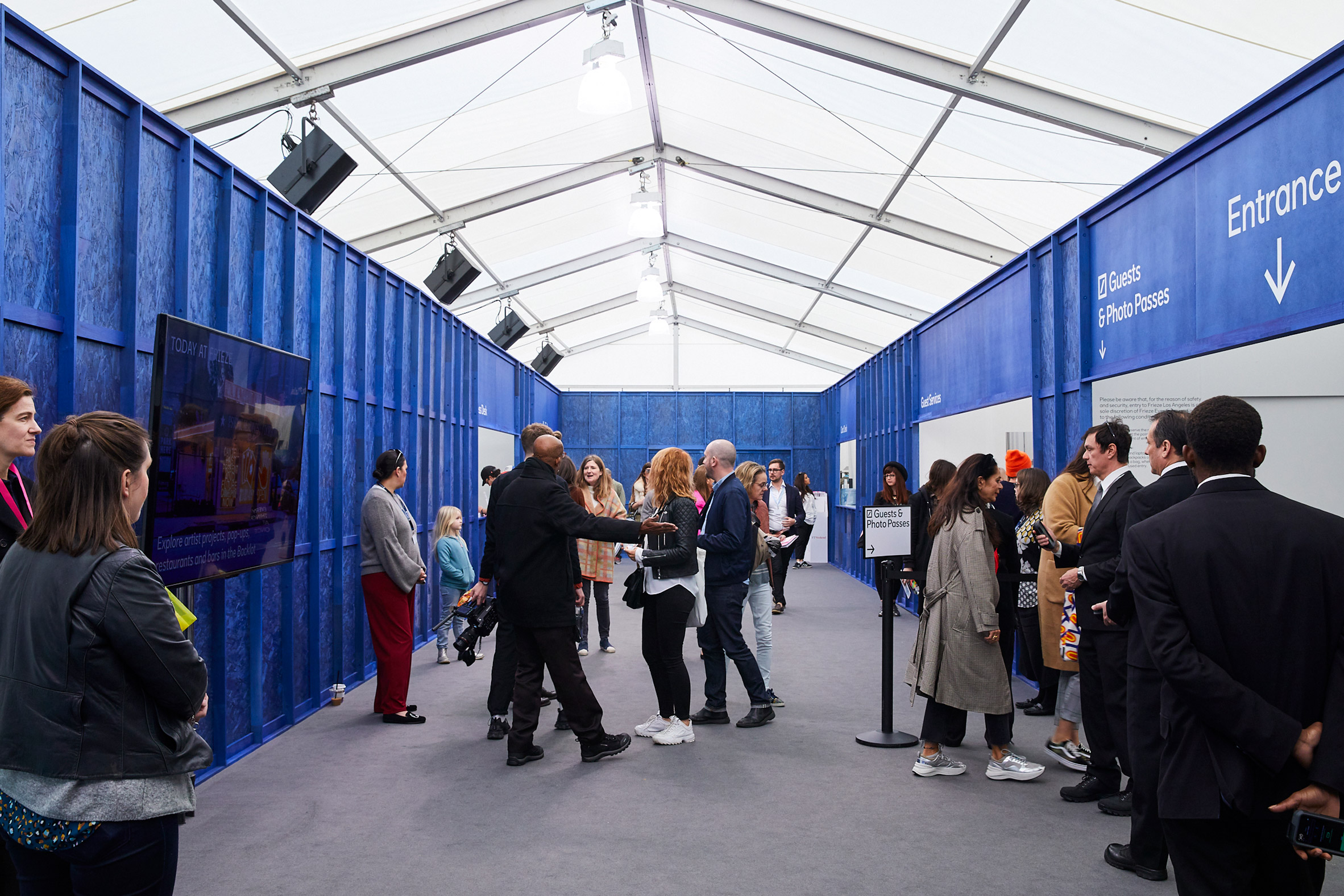 Completing Frieze are outdoor exhibits and amenities further within Paramount’s back lot, in an area that is over double the size of the art venue.

The outdoor programme is intended to draw on LA’s indoor-outdoor lifestyle, complemented by its warm climate. Spaces include pop-ups of eateries SQIRL and Roberta, as well as retail areas and a bookstore. 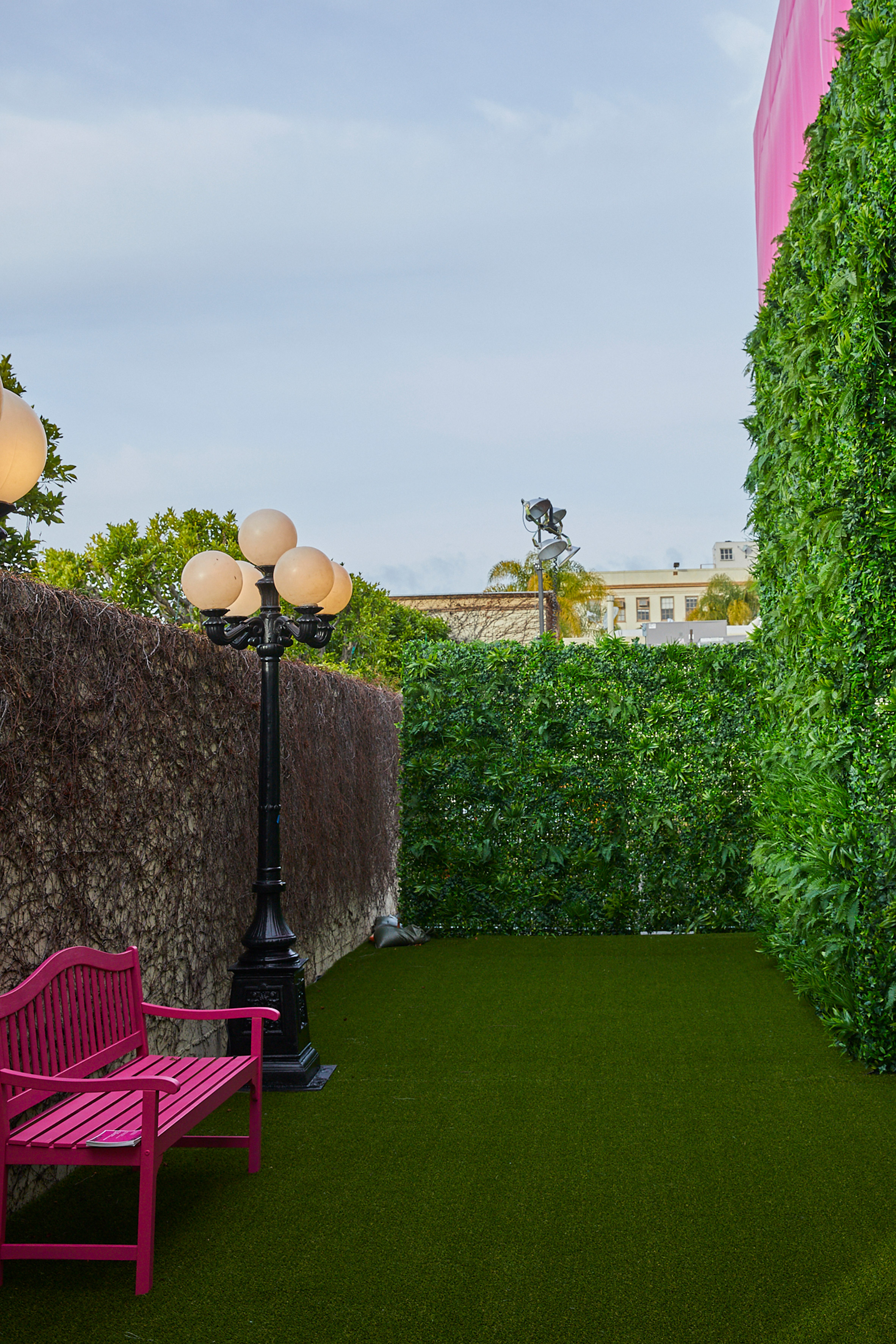 “LA is a city with an open spirit,” said wHY Architecture founder and creative director Kulapat Yantrasast. “When I moved here in 2003 it was for the light, the space and the freedom – and it still feels like new things can happen here.”

Thai architect Yantrasast has become the go-to for contemporary art galleries and museums in the US, making his firm a suitable choice for Frieze’s first LA event. wHY’s other accomplishments in the city include David Kordansky Gallery and Institute of Contemporary Art Los Angeles. 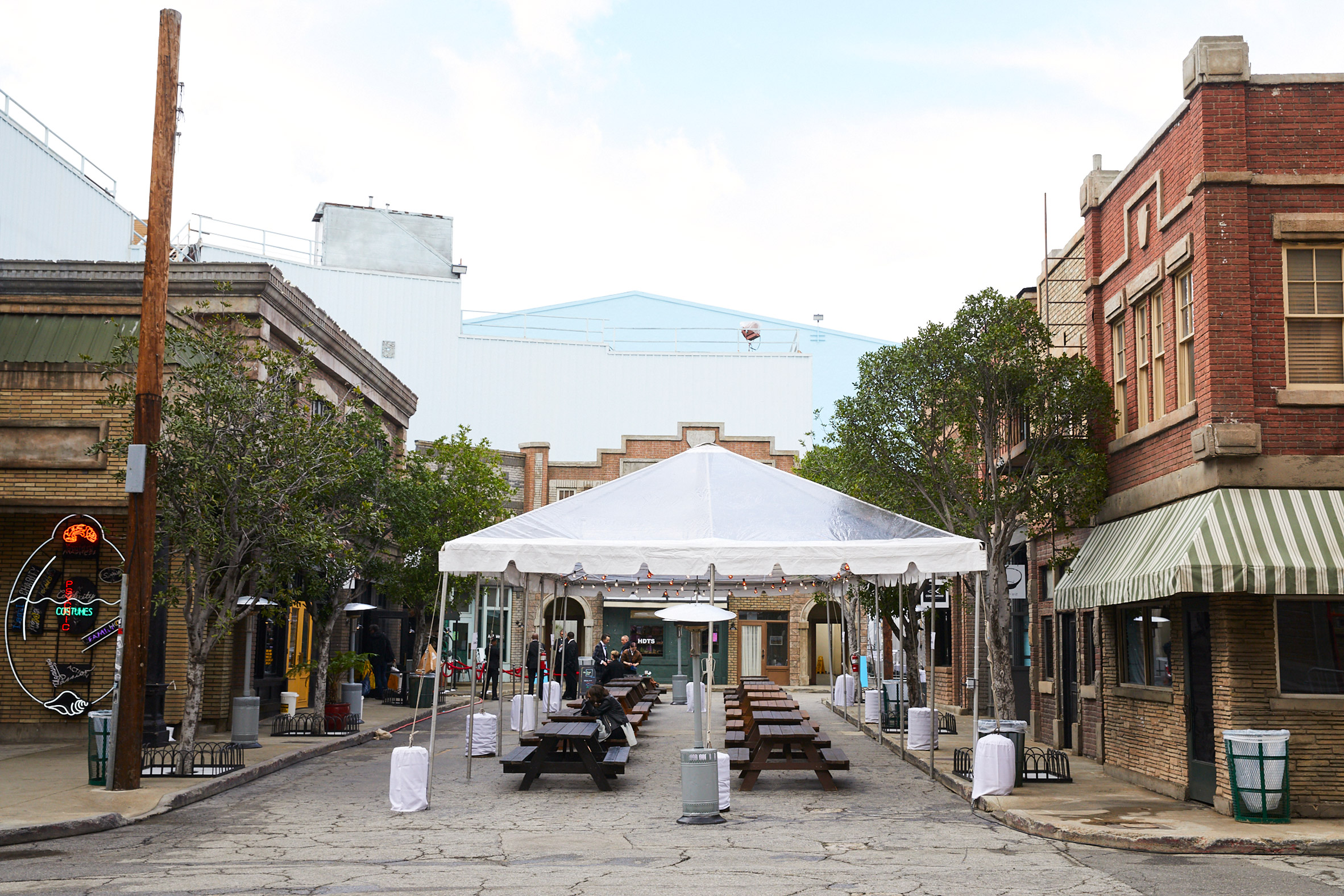 “It’s a lot like being a matchmaker,” he told Dezeen in an interview this year. “You’re introducing two friends – one the artist, and the other the art-lover – who didn’t know each other beforehand, and then you step into the background.”

Frieze Art Fair was established in London, and takes place each October in the city. It first came to the US in 2012, with a temporary structure in New York designed by Brooklyn studio SO-IL, and now holds events every May. 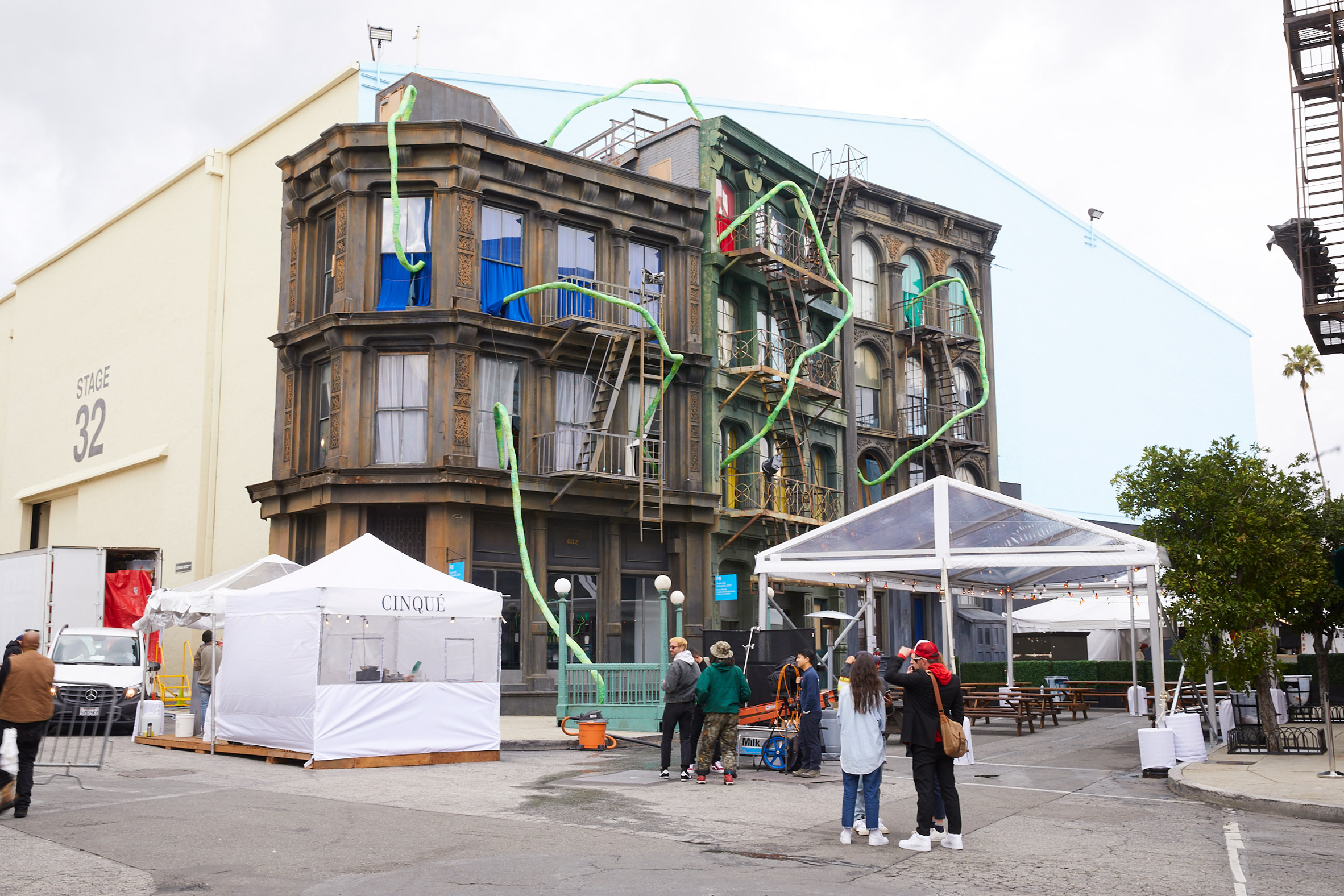 British firm Universal Design Studio has completed a number of standout venue designs for Frieze fairs, including a “temporary town for art” in New York and an aluminium entrance for the London fair in October 2017.

Photography is by Yoshihiro Makino.